We welcome in Houston artist Vizie – who joins us as part of the H+ Creative Print Series – with his debut RUN The Night Life, a laser precision screen print which includes a black light reactive layer! Originally created as the first image in his first person perspective series, this 7-layer screen print pulls in a relatable but ambiguous narrative that runs through Vizie’s futuristic works. Read on as Vizie breaks down his debut RUN & much more . . .

1xRUN: Was this image part of a recent theme, series or show that you had? If so how did it fit into that given grouping?
Vizie: This was the first in a series of “first person” works i have been working on. These works started out as exercises but have become a recurring theme of mine. I feel like I am trying to create an ambiguous narrative. I use things I see around me or scenes from my life, but try to keep them open ended and hopefully relatable to many people. this has remained one of my favorite images as my work on these has progressed because of how much it says with its simplicity.

1x: When was this piece created and what materials were used to create this original piece?
Vizie: It was created using Illustrator. It was created in January 2015, then reworked for print in October 2016.

1x: Tell us how the idea and execution came about for this image?
Vizie: I was working on some exercises for myself, merely messing around on the computer. i was trying to make images that looked like black light posters without a black light. the sole purpose for this was to be posted on instagram, nothing more, but it eventually led to a larger body of work that i am still adding to. it is kind of the first frame of a comic book.

1x: How long did each of this piece take?
Vizie: This particular image has been reworked since the original that i posted, partly for print, partly because i got a little better. but roughly took about a day to make. 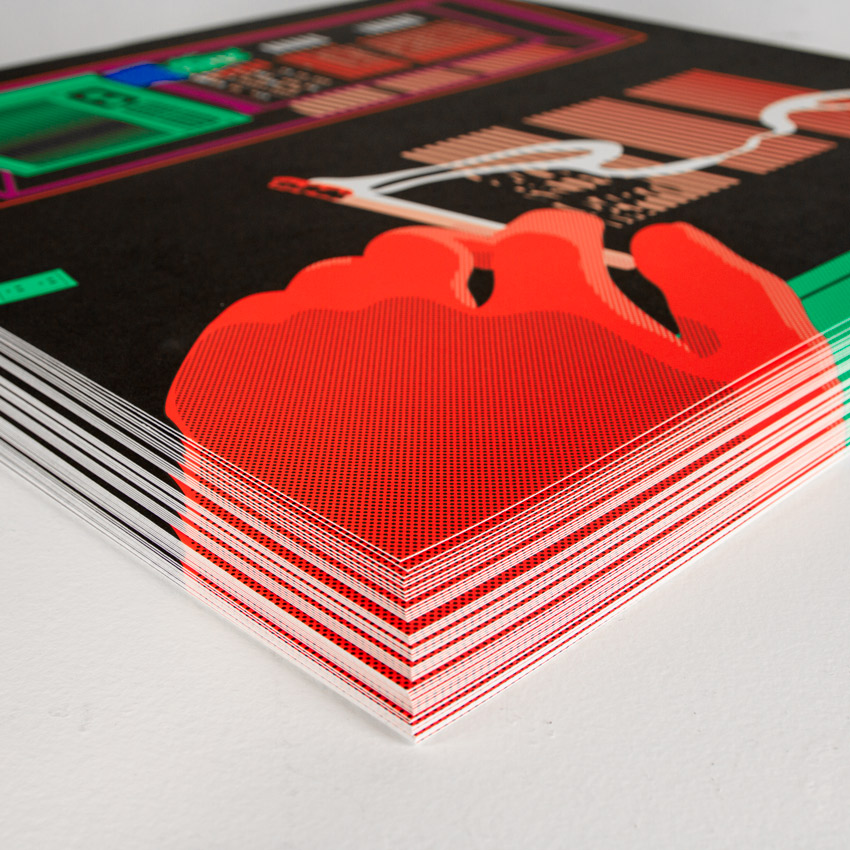 1x: What is unique about this imagery compared with your other work??
Vizie:  I feel like this scene is more introverted than my other work, this particular moment is a real solitary moment of reflection.

1x: Why should people buy this one of these prints?
Vizie:  In the age of the internet i feel it is important to have something that cannot be reproduced on a screen. these prints are all blacklight reactive fluorescent inks, and they are much more vibrant and eye catching in reality that on screen, this particular print includes a glow in the dark layer as well. 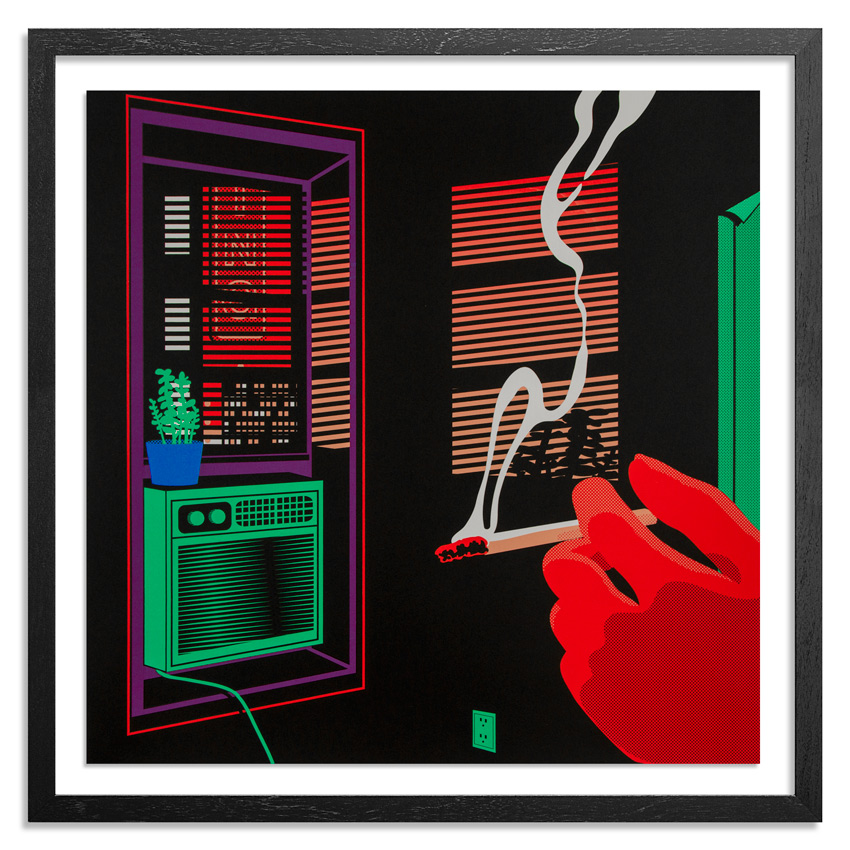 1x: When did you first start making art? What was your first piece?
Vizie:  As long as I can remember. No idea.

1x: Do you listen to music while you work? If so what? If not then what is your environment like when you work?
Vizie:   I do. I go through phases of being up on music, sometimes I don’t know what to listen to. If I am deep in on a project, I can work for hours not listening to anything, sometimes trying to figure out what to put on can break my concentration. I think I keep it pretty soft though usually, lately it’s been Kurt Vile, Frank Ocean, Solange, Belle and Sebastian, and The Chromatics.

1x: What was the first piece of art that you bought? Do you still have it? The last?
Vizie:  i don’t really remember exactly, it was probably before this but, when i was 18 i got a hold of some rich coleman drawings, maybe i bought them, maybe i just ended up with them after a show. i remember being really proud of them and wanting to display them and have more art. i still have them some where, every once in awhile i send pictures of them to rich and he gets embarrassed. The last was a photograph by Dave Schubert.

1x: Any big shows or events coming up that you’d like to share?
Vizie: At the moment I’m really trying to breakthrough with my commercial work. I want to find a balance between what I do and start pushing my work into some other venues, try to put my work in front of some more people besides an art or graffiti crowd.