This May, Detroit’s trendsetting Movement Electronic Music Festival partners with 1xRUN to bring Italian artist 2501 to Detroit for a full-fledged visual takeover of Hart Plaza during Movement’s 10th Anniversary. In addition, 2501 will showcase an entirely new body of work in a solo exhibition Processi Generativi at Inner State Gallery opening May 28th. 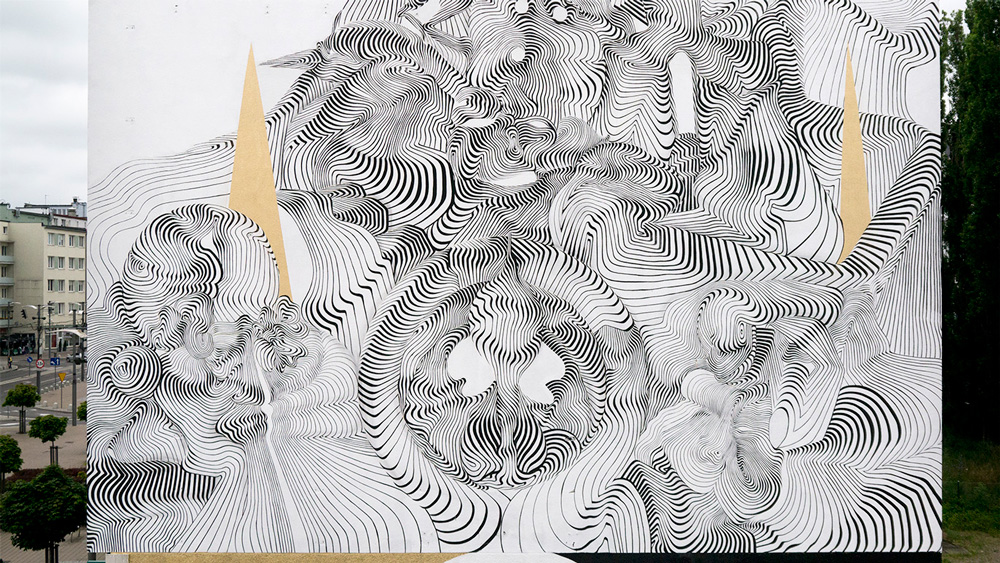 Celebrating 10 years of pioneering electronic music and the visual artwork that it inspires, Paxahau and 1xRUN have partnered to bring their first international artist to Detroit as part of their collaborative Artist In Residency program. This Memorial Day Weekend, 2501 will descend on Hart Plaza with an immersive installation that seamlessly mirrors electronic music, as a human interface brings life to the rhythmic syncopation of a repeated robotic beat. 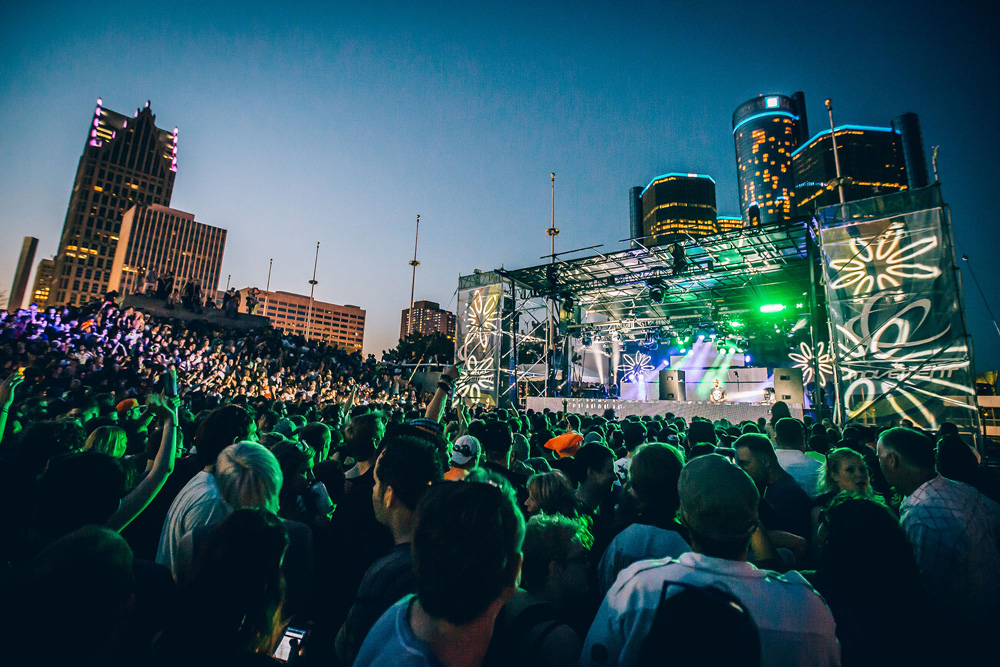 “This installation and body of work has developed through a progressive series of actions. My concept of painting is based on the continuity of experience, on flow rather than stillness, and it is for this reason that I am not going to show you a sequence of static, motionless slides, but something moving. Pictures and art pieces are static and indoor but they tell a story in motion and they are the result from outdoor processes,” 2501 said from his studio in Milan, Italy.

After visiting Detroit in 2015 for 1xRUN’s Murals In The Market festival, 2501 returns to unveil his latest incarnation of “La Macchina” at the world’s premiere electronic music festival. Working with Italian media company Recipient Collective, 2501 will showcase his signature style with large scale public works strategically placed throughout the festival grounds. 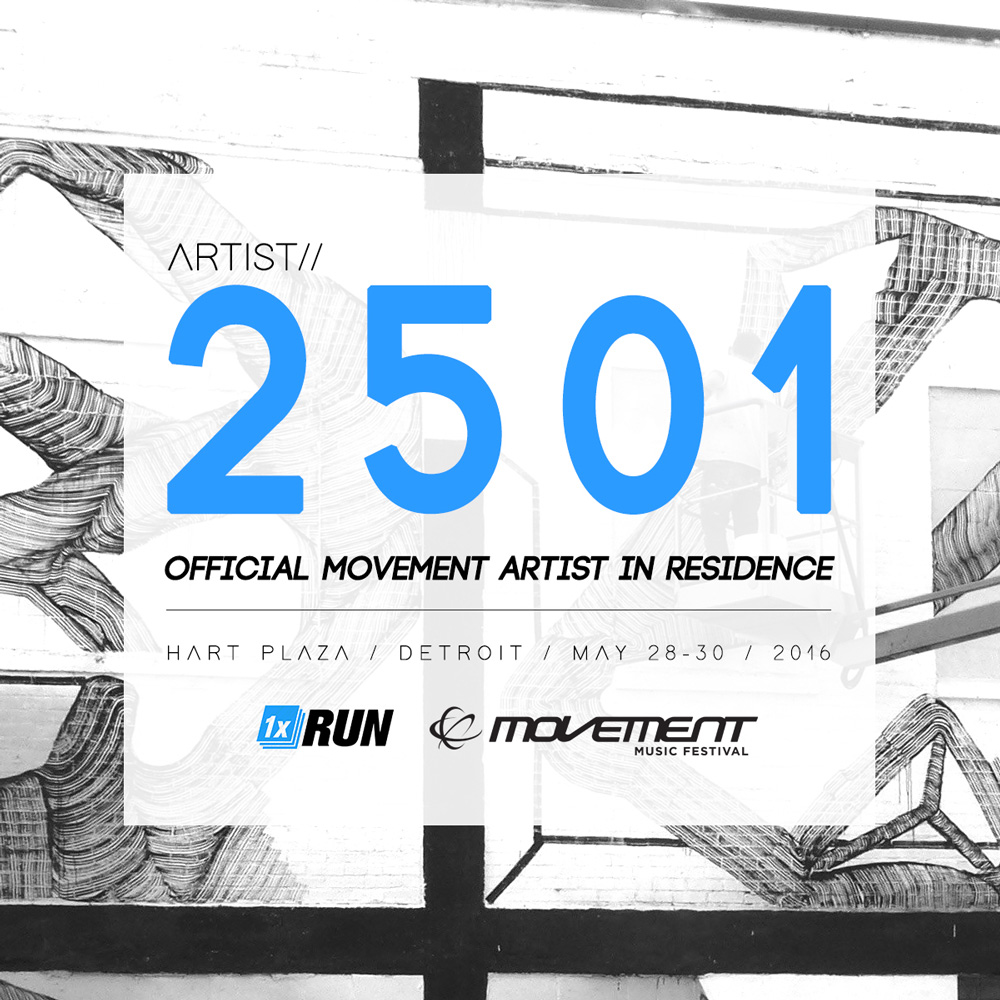 “Part of the Movement experience is the ability to connect its audience with the music through various channels of art and technology. We’re very excited to partner with 1xRUN to showcase 2501’s live exploration of these elements throughout Hart Plaza,” Paxahau President Jason Huvaere said from his Corktown studio.

Check out the Movement Line Up and find ticketing info at http://movement.us/ and RSVP to 2501’ exhibition at Inner State Gallery Here

More info can be found by visiting @never2501 @movementdetroit and @1xrun