1xRUN is proud to present Most of My Heroes Don’t Appear On No Stamps, an ongoing series to coincide with Black History Month, featuring guest curator Greg Cummins. Inspired by Public Enemy’s “Fight The Power”, Most of My Heroes is a collection of African-American artists rewriting history through fine art “stamp” editions, lauding their own heroes. This series begins today with a brilliant edition by Manasseh Johnson, a mixed-media illustrator whose work has been featured in Colored Pencil Magazine and The Source.  Manasseh sat down with us to talk about his latest work, Strength In Numbers, which imagines Malcolm X, Martin Luther King, Jr., Frederick Douglass, and Nelson Mandela united at the Selma to Montgomery march. 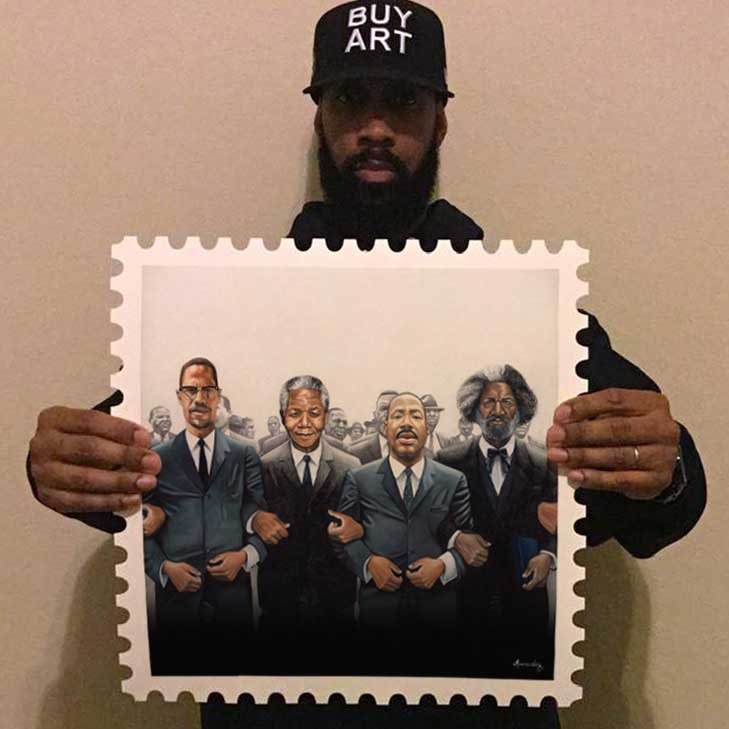 1xRUN: Can you tell us a little bit about the piece, and what’s happening in this scene? Is there anything you would like to highlight about this image?
Manasseh Johnson: The piece is titled Strength in Numbers. Depicted are four strong black leaders interlocked by the arms. Although they had somewhat different messages, they all had one thing in common. They stood for justice and equality for black people so united we are strong in numbers.

1xRUN: How did the idea and execution come about for this image?
Johnson: It’s inspired by the Selma to Montgomery march, a part of a series of civil rights protests that occurred in 1965 in Alabama. It was an effort to register black voters in the South. I wanted to do my own version but with different Black leaders. Each figure in the piece had similar but different messages at different times in history but all stood for one common cause overall “Equality” Black and African People. 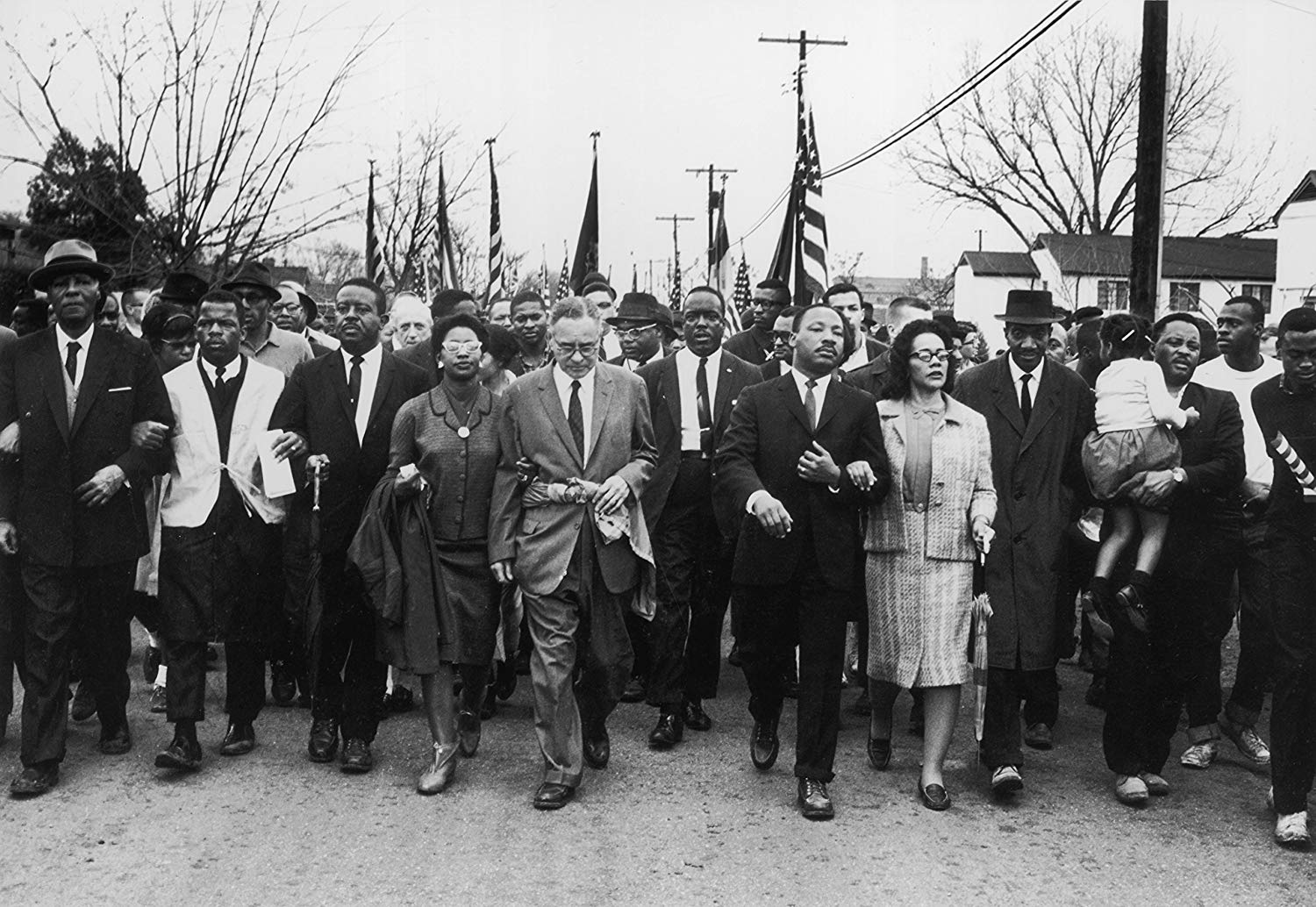 1x: What is unique about this piece compared with your other work?
Johnson: The unique thing about this piece is that it’s a piece history that didn’t take place but reimagined and makes a powerful statement. 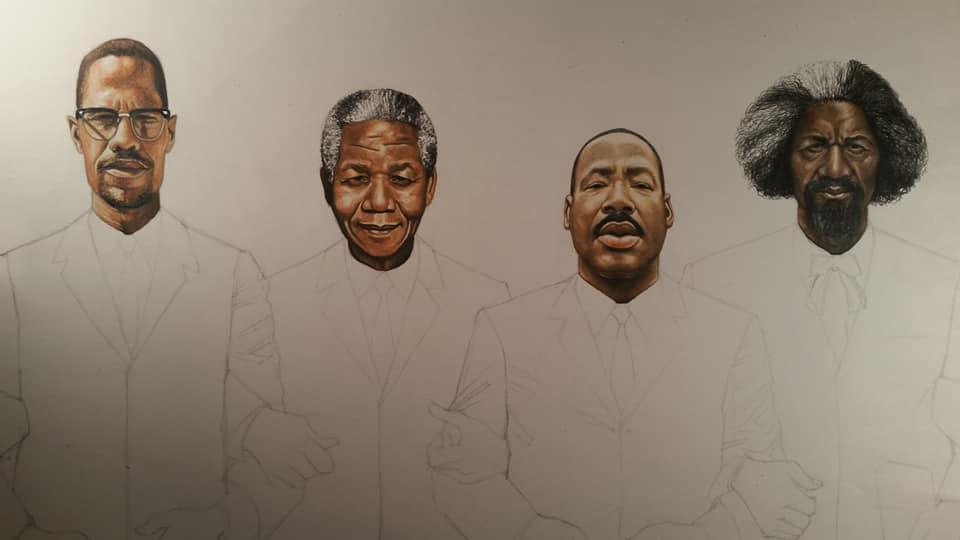 1x: If you could have dinner with any African American from past or present who would it be and why?
Johnson: It would probably be Michael Jordan, just because I’ve been a long-time fan.

1x: How did you first get into art?
Johnson: I’ve been creating since the age of three. It’s always been a passion of mine.

1x: Did your parents or family approve/support you becoming a full time artist?
Johnson: I didn’t become a full-time artist until I was an adult. Growing up my mother supported me in whatever I wanted to do. 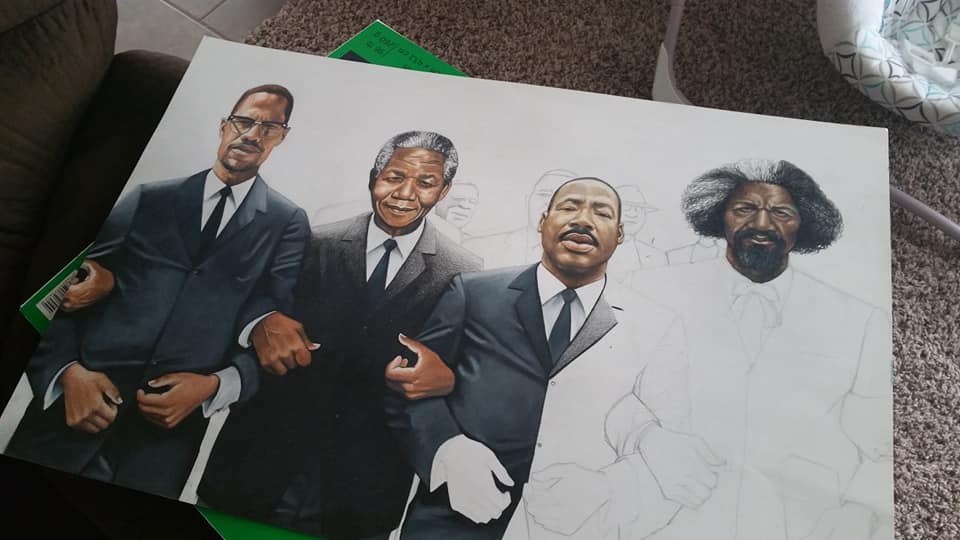 1x: What would you consider a dream collaboration?
Johnson: I like to collaborate with Supreme or maybe Nike.

1x: What artists inspire you now?
Johnson: I’ve always been inspired by a lot of artists but if I had to choose one it would be Kadir Nelson. 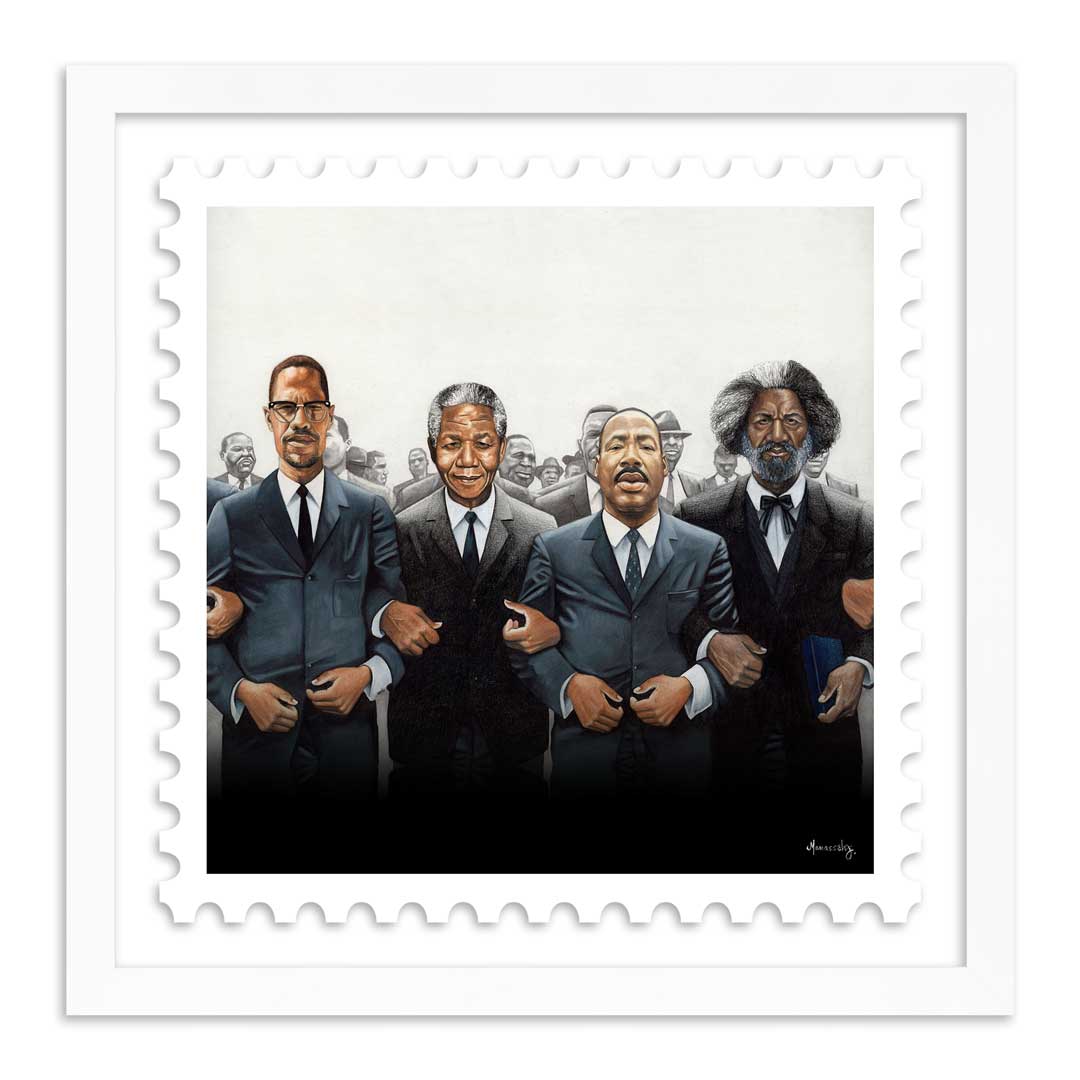 Strength In Numbers by Manasseh Johnson