As a modern narrative painter, Dan May cultivates a rich texture of the surreal and mysterious in his highly original flowing style. His detail-intensive works have become widely recognized for their dreamlike ability to transcend the natural states of space and time – mostly due to his usage of a very finely honed usage of line. May’s propensity for using hair as a metaphor has become a focal point that he has built on to speak about larger aspects of humanity as well as the dream world, and gives a strong nod to his progressive personal growth and evolution as an artist.

Dan has exhibited his paintings to consistently growing interest in the gallery world and is enthusiastically held in high regard by collectors the world over. May spends the majority of his time in the studio, painting new wonders or challenging his lovely wife Kendal to unscheduled debates on pro wrestling theory. His paintings have graced the pages of international publications as Hi Fructose Magazine, DPI and Communication Arts among others.

Here for his second RUN, Dan May has brought us his largest painting to date with Where Time Beckons The Wicked. Read on as we talk with Dan May about his current RUN, past influences and more as he gives us the RUN Thru…

Where Time Beckons The Wicked by Dan May

1xRun: Is the original still for sale? What materials was it printed on/drawn with?

1xRun: When was the piece drawn and created?

Dan May:  I generally try not steer the viewer in any specific direction. As you know from my previous 1xRun release, I love hearing the viewers interpretation of my art. Feel free to insert your thoughts or feelings :)    My art is actually pretty organic. I never plan out my paintings, I usually just let things flow and see where the composition takes me. This piece is a great example of what happens when I allow myself some room to ‘stretch out’.

Dan May:   It took a couple months to complete (on and off). I usually have several paintings/projects going at any given time.

Dan May:  It’s the largest painting I have completed to date.

1xRun: Why should people buy this piece?

Dan May:  hopefully because it strikes them in some way.

1xRun: Describe the piece in one gut reaction word.

Dan May:  As early as I can remember.

1xRun: What was your first piece.

Dan May:  My first painting was at age two… I have yet to stop creating art. 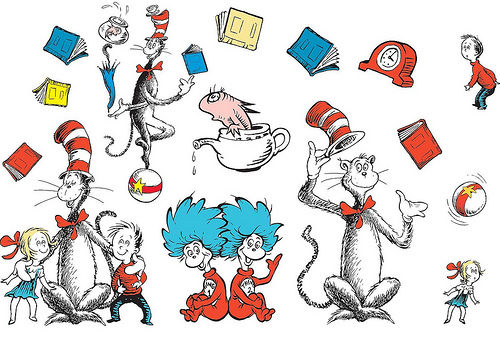 Dan May:  I have always been inspired by many artists from the past. Some of my favorites include, Salvador Dali, Max Ernst, Caravaggio, Vermeer, Monet, John James Audubon, among others. In the contemporary world, I am constantly inspired by the amount of art happening around us. It’s such an amazing time to be creating. The list would be far too long if I started naming folks.

Dan May:  Yes, music is a must. I also listen to a variety of podcasts while painting. I am not very specific on my musical tastes, I’m all over the place. As for podcasts, I enjoy comedy themed shows such as The Nerdist, Comedy Bang Bang, & WTF, as well as odd science and mystery shows like, Mysterious Universe & The Skeptics Guide to the Universe.
1xRun: If you could collaborate with any living artist who would it be and why?

Dan May:  I have had the opportunity to collaborate with a few incredible artists to this point. If I could collaborate with anyone it would probably be in film/animation. I do not have a specific person in mind, but I think it would be really exciting to work with a director and bring my world to life on the big screen.

Dan May:  Salvador Dali. He was such a prolific and eccentric artist. I bet he would be really interesting to collaborate with.

Dan May:  Oh, man, I have no idea. It was probably a print or some poster art in college. I’ve moved several times, so I don’t think I have it any more.

Dan May:  I have a nice collection of Colin Johnson artworks, if you’re not familiar with him, I highly suggest checking out his amazing work. 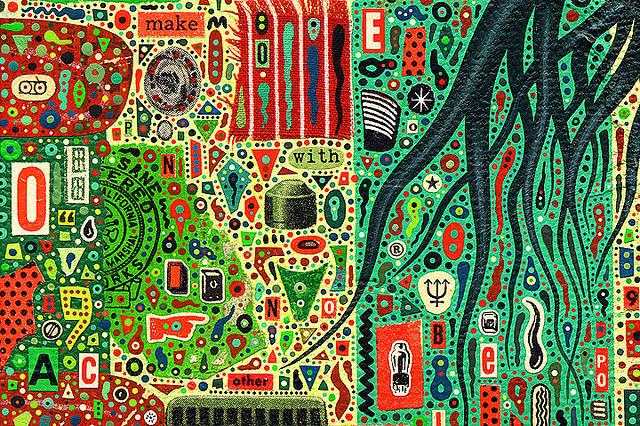 1xRun: What else do you have in  the works?

Dan May:   At the moment I have a few upcoming group shows, some top secret projects, and a slue of private commissions. I’m also continuing to build my personal body of work.

1xRun: Where can people find you on the internette?