1xRUN is excited to welcome the return of Brooklyn-based graffiti artist Eric Inkala! Today, Inkala drops Skyhigh, a tondo-style fine art print available in standard and hand-embellished variants – a first for the artist. Busy between solo exhibitions at 212 Arts in NYC and Fort Works Art in Fort Worth, “Skyhigh” is totally new work based on a commissioned painting unlike anything the artist has done before. In an exclusive 1xRUN interview, the artist speaks about his inspiration for the design, his recent solo exhibitions, and plans for the future.

1xRUN: Tell us a little bit about this work, anything immediate you would like us to highlight about this image?
Eric Inkala: This painting was a commission I made a few months ago, focusing on the more abstract elements of my work.

1x: Was this image part of a recent theme, series or show that you had? If so how did it fit into that given grouping?
Eric Inkala: This was actually painted smack in the middle of two solo shows, one in New York at 212 Arts and a really big one at Fort Works Art in Texas so i think it vibes off of both bodies of work but still very unique even in that grouping. 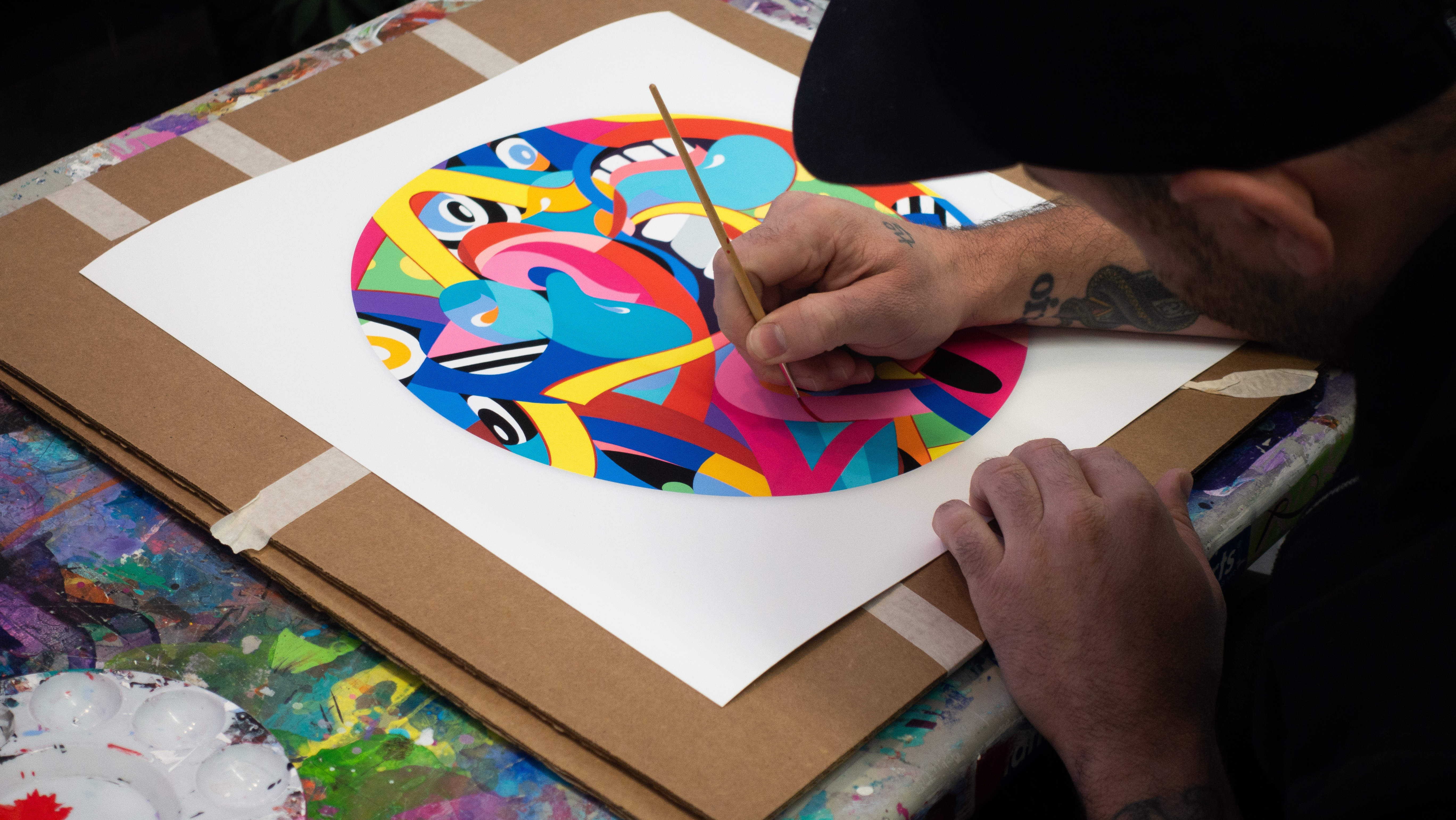 1x: What is unique about this edition compared with your other work?
Eric Inkala: Second in a series of circular paintings I started a few months prior.  Definitely the first Tondo print i have ever done. Some of my recent work has gotten more abstract and this piece is a very good example of that.

1x: Your Picking Up The Pieces solo exhibition recently finished at Fort Works Art in Fort Worth, which included some of your largest paintings to date. How does scale affect your painting style, and what kind of challenges does it present with larger projects?
Eric Inkala: Scale affects my painting style a ton, working larger is so much more free and makes my compositions a lot more complex.  Working on that scale you get to use your whole body and range of motion which changes the dynamic a lot. 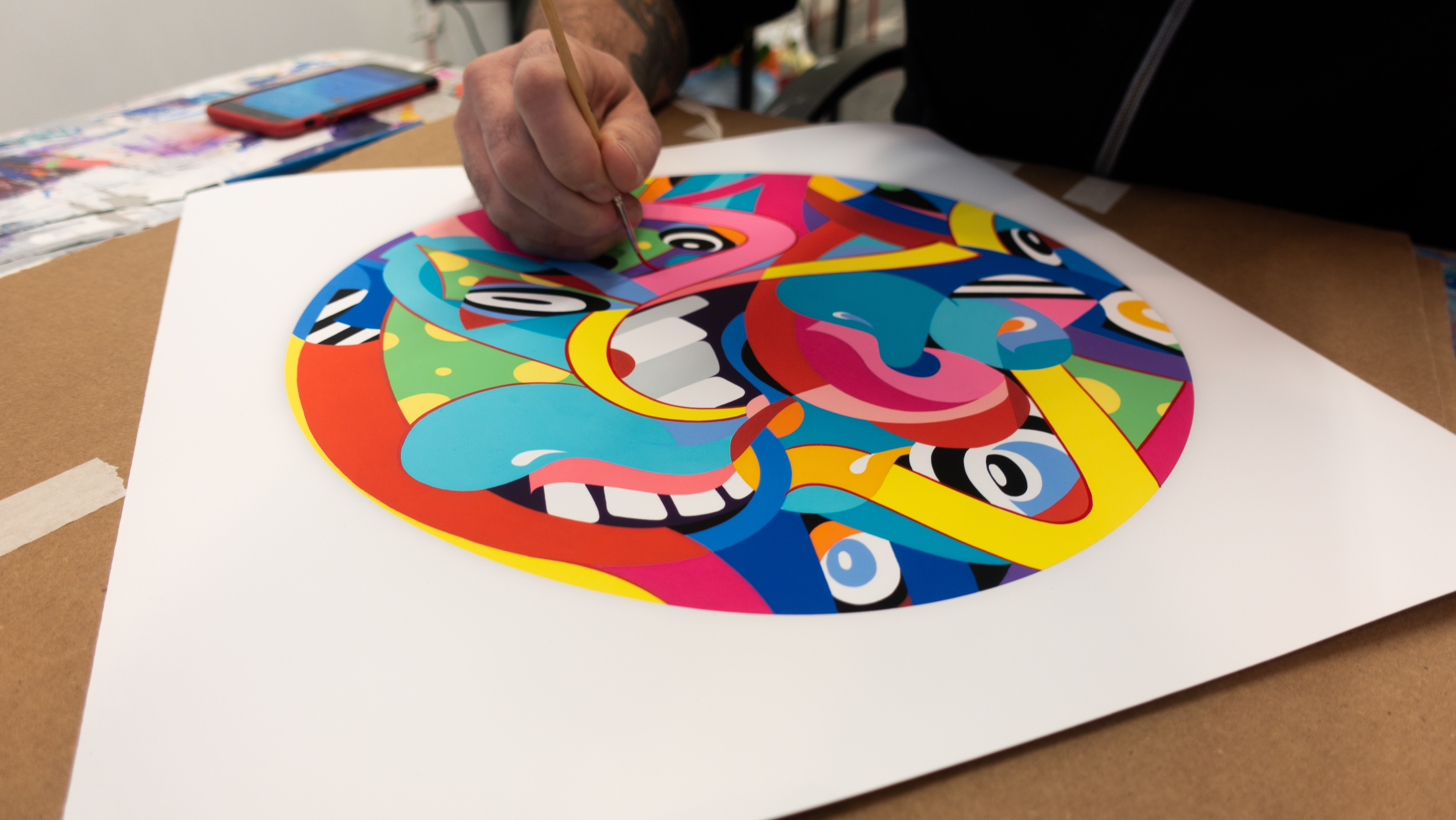 1x: You have a fascinating way of using the space on the canvas, and also the environment in which your paintings and murals are displayed. To what extent do you consider your physical surroundings in creating your artwork?
Eric Inkala:  For murals I consider it a lot. Especially for the really big walls  because they are way more planned out than most of my paintings. With this last big wall which is the elusive Mr Squiggles, you have to consider the surroundings because that is the environment that you are placing the image in.  In the case of Mr Squiggles I think he fits in perfect, towering 5 stories above the neighborhood at the end of the road looking down at everyone.

1x: Who is Mr. Squiggles?
Eric Inkala: Mr. Squiggles (a close relative of Frankie Flash) is a mythical creature that came about in making my largest solo show to date at Fort Works Art. Also the largest painting I’ve ever made weighing in at 7ft x 7ft, I also used the same image to create one of the largest murals I have ever done at almost 70ft tall which i just finished in Fort Worth. 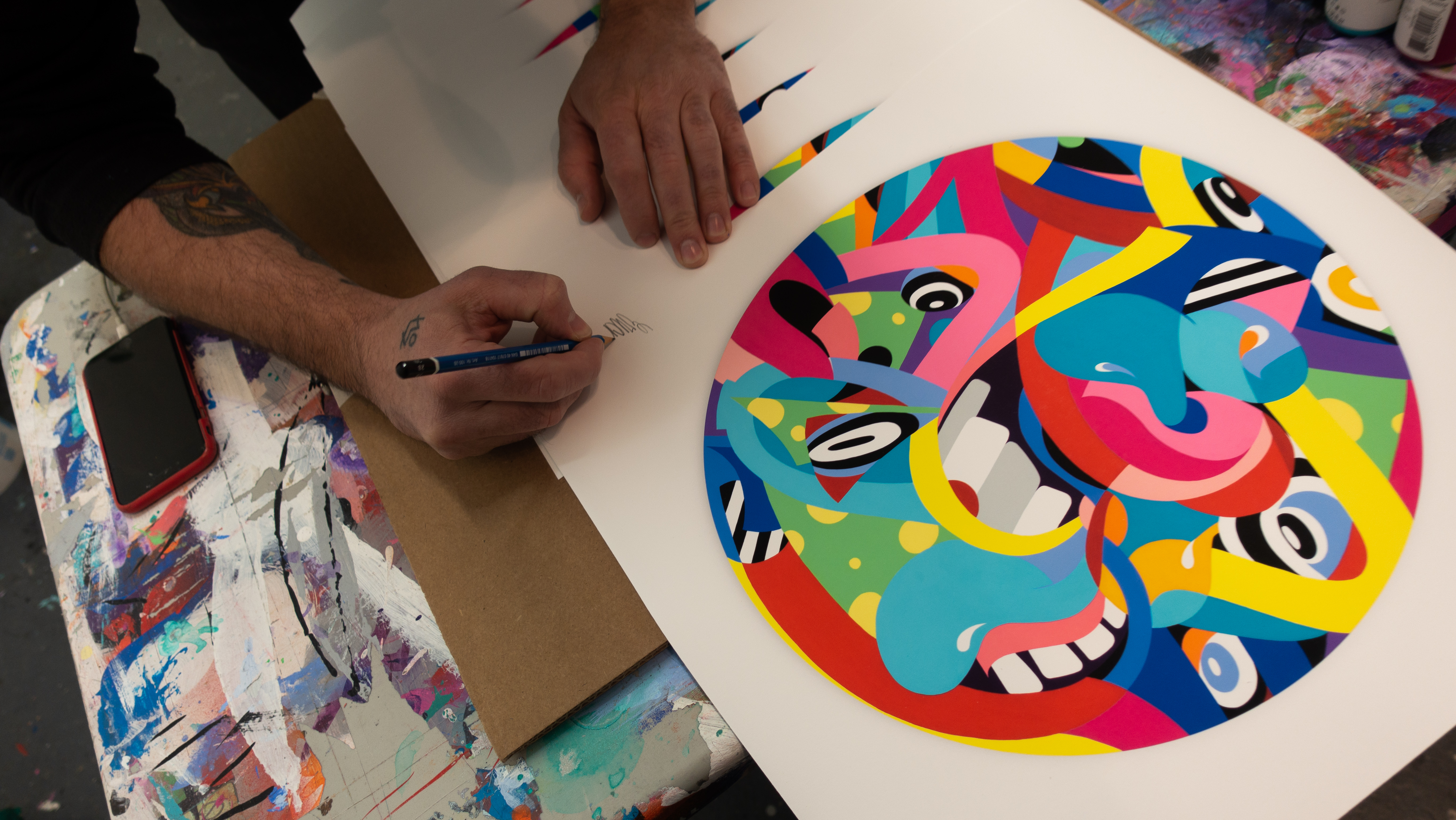 1x: What’s next?
Eric Inkala:   Getting back in the studio! Just got back from three separate trips to Texas for my show and to finish a series of mural projects. I am very excited to get back into the studio and start the next body of work which will be showing in Palm Springs at Rubine Red gallery this spring. 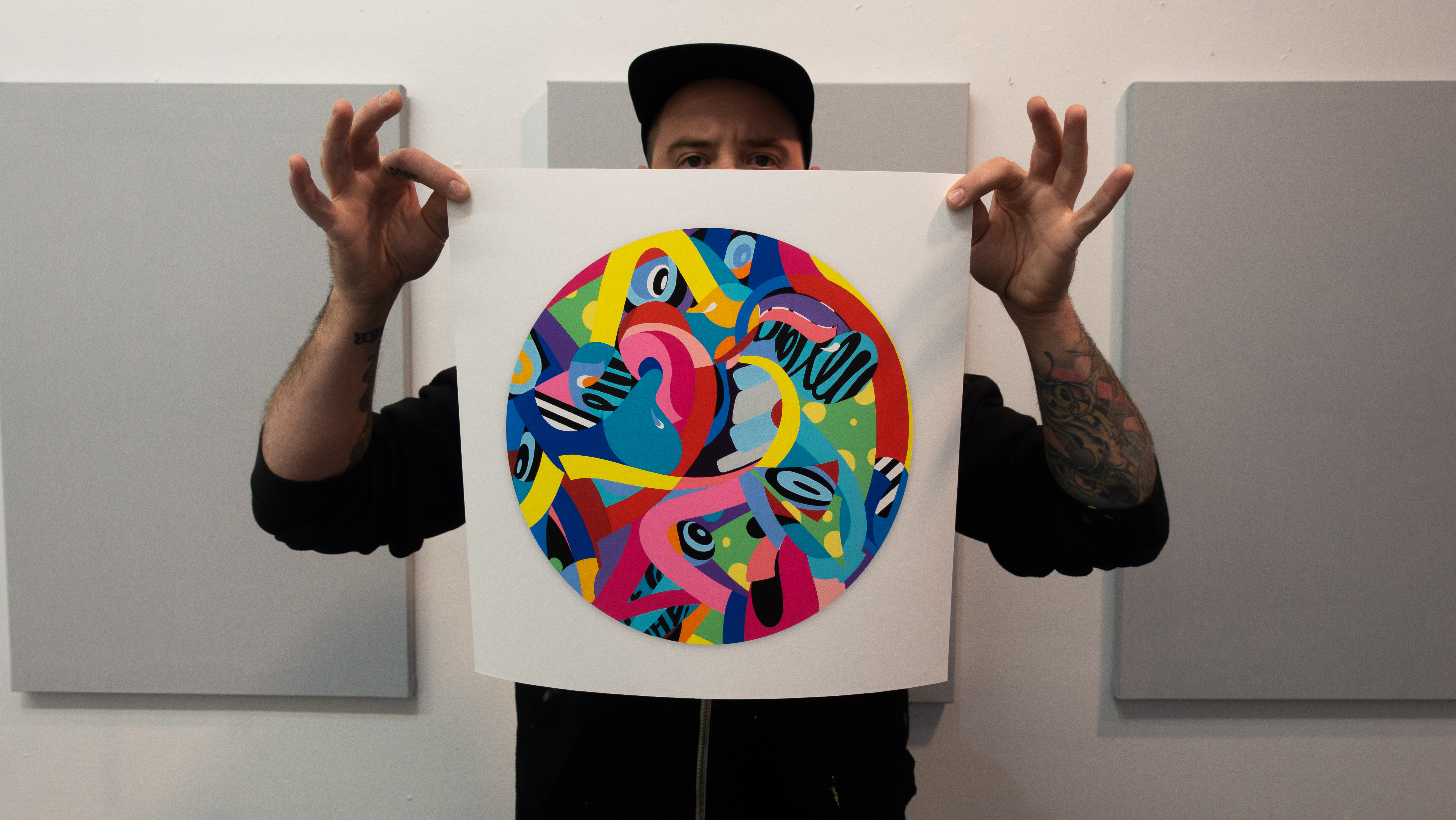