Opening September 19th, 1xRUN alumni Hueman will unveil her latest solo exhibition Just A Moment at San Francisco’s Mirus Gallery. If you are in San Franciscio be sure to check out Hueman’s first solo exhibition since returning to the Bay Area after living in Los Angeles for the past 10 years. Read on for more…

“I’ve been working on this exhibition since March and I’ve made 15 brand new pieces, as well as a few mural installations inside Mirus Gallery. On these works I’ve also been experimenting with wood and am excited to debut something a little different. This is my first solo exhibition in San Francisco since moving back to the Bay Area after being in Los Angeles for a decade, so this is my homecoming show,” Hueman said. 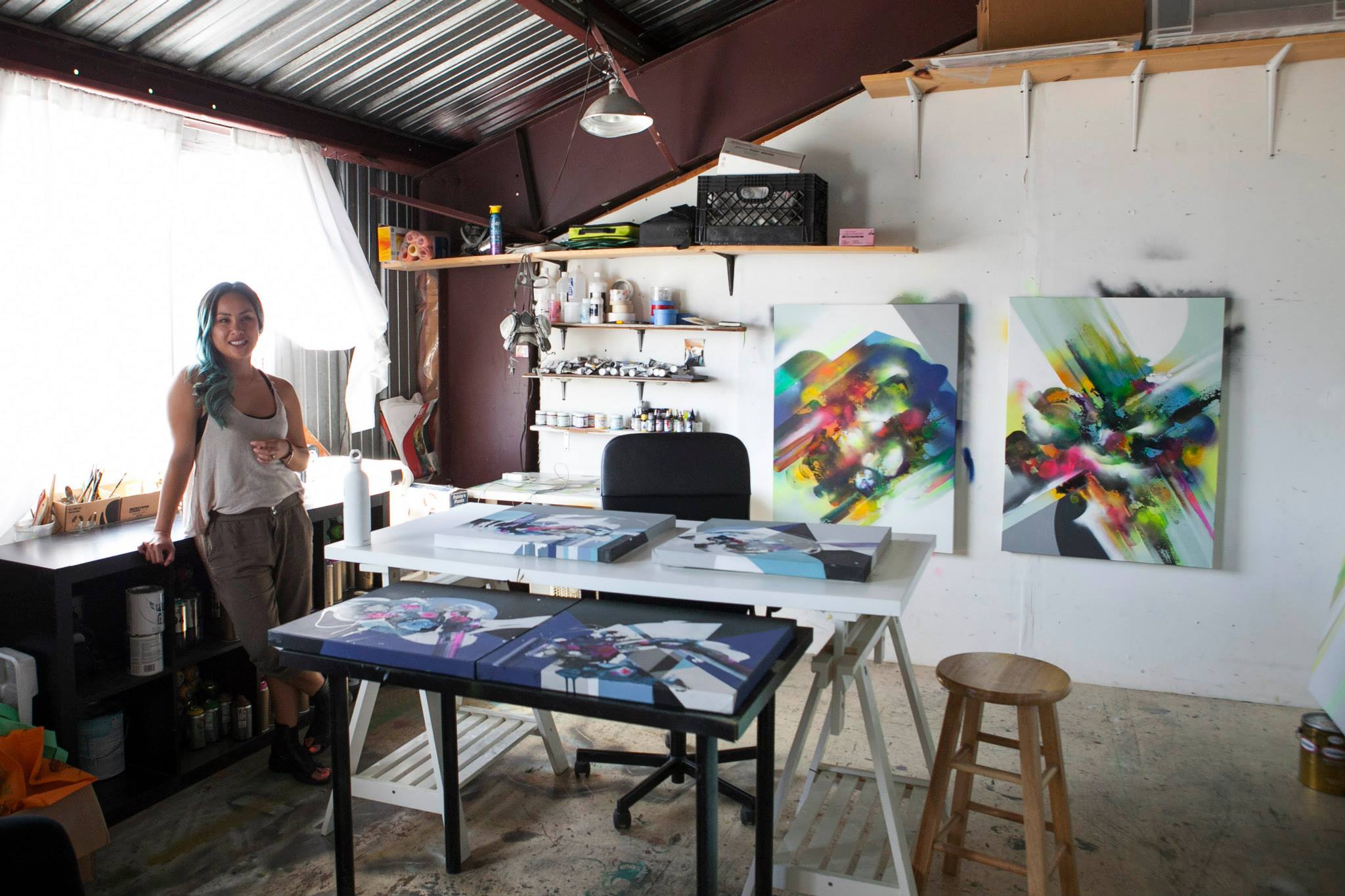 Hueman In Her Studio – Photo by Brock Brake

“Distinct in her use of bold color and free flowing texture, Hueman compares and contrasts conflicting ideologies to create masterful works that are at once balanced and unsettling. Her latest work featured in this exhibition is a look into a singular moment in time, spliced, dissected, and manipulated through intersecting lines and planes; juxtaposing images that are simultaneously beautiful and grotesque, abstract and figurative, geometric and organic. 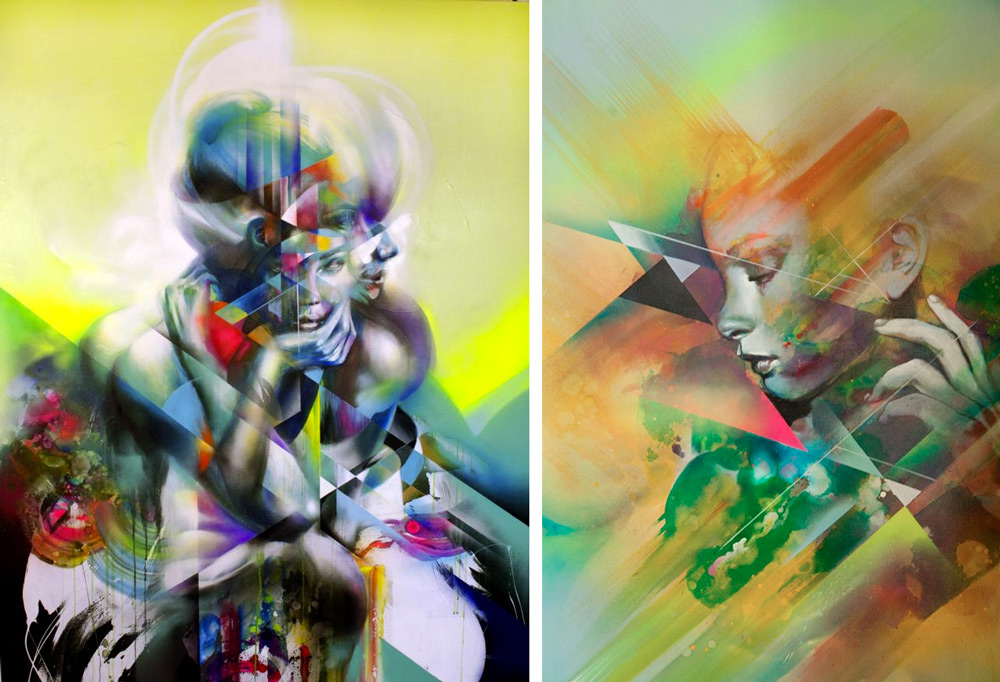 The physicality of a moment becomes especially integral to this solo exhibition, drawing in the viewer to absorb ethereal scenes, suspending a moment and causing emotions to linger and simmer. As if viewing through a prism, the scenes and faces in Just One Moment are fragmented, bending and distorting light, color, and reality. The subjectivity of a moment stretched to infinity allows each piece to offer a different perspective of the same instance in time. Nothing is as black and white as we are led to believe, and Hueman’s work exists in these ethereal grey zones, confronting the complex dichotomies and emotions that are inherent in how we perceive ourselves and our positions in the world,” Mirus gallery writes describing the show. 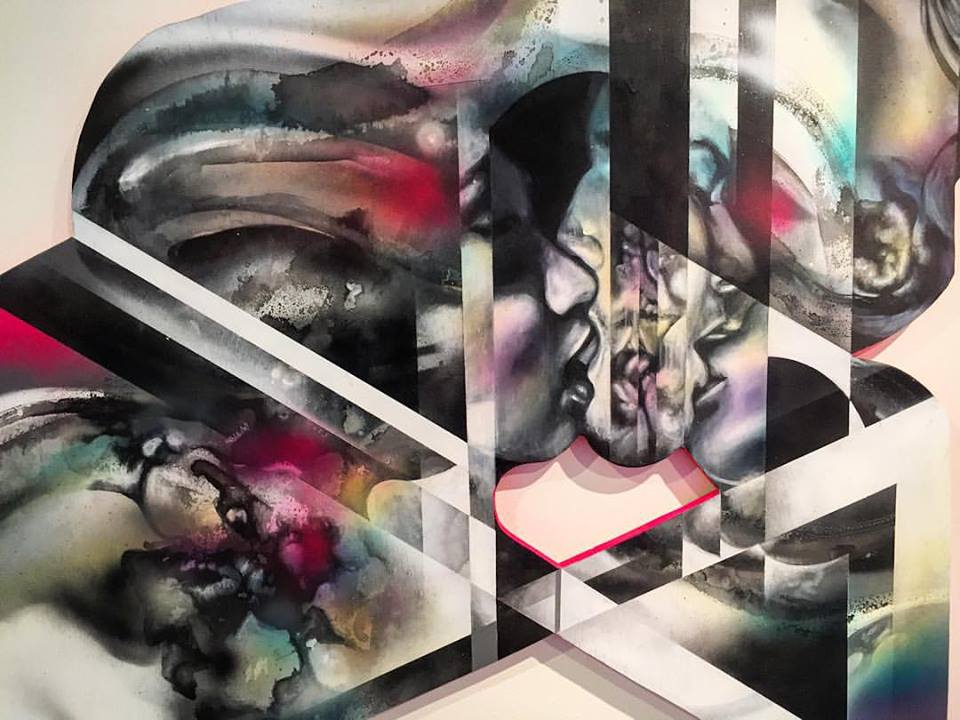 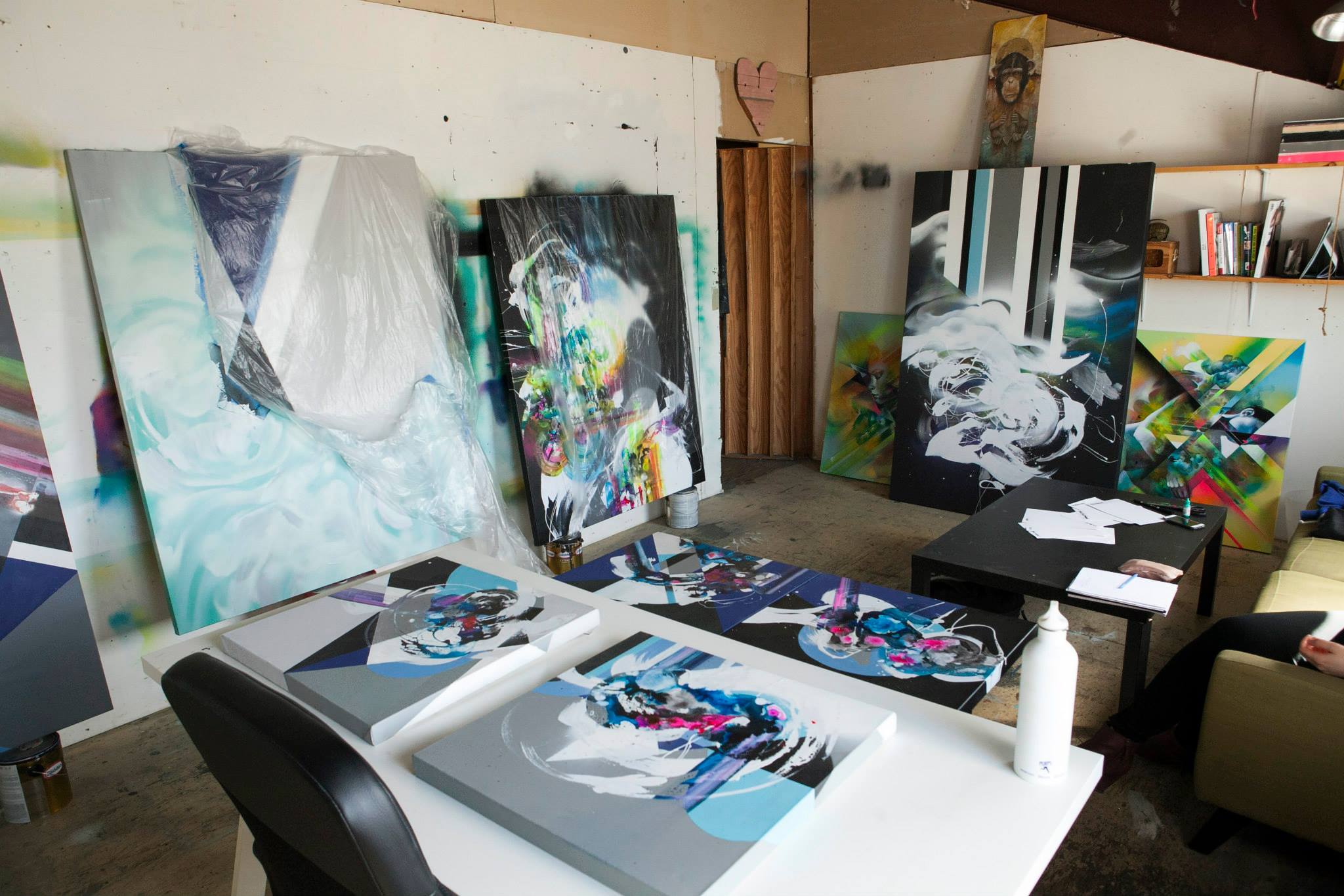 Photographer Brock Brake and Mirus Gallery caught up with Hueman in her studio before the exhibition. Take a peek into Hueman’s studio and be sure to follow her @Hueman_ for the latest. If you’re in the Bay Area swing by Mirus Gallery to check out Just A Moment… 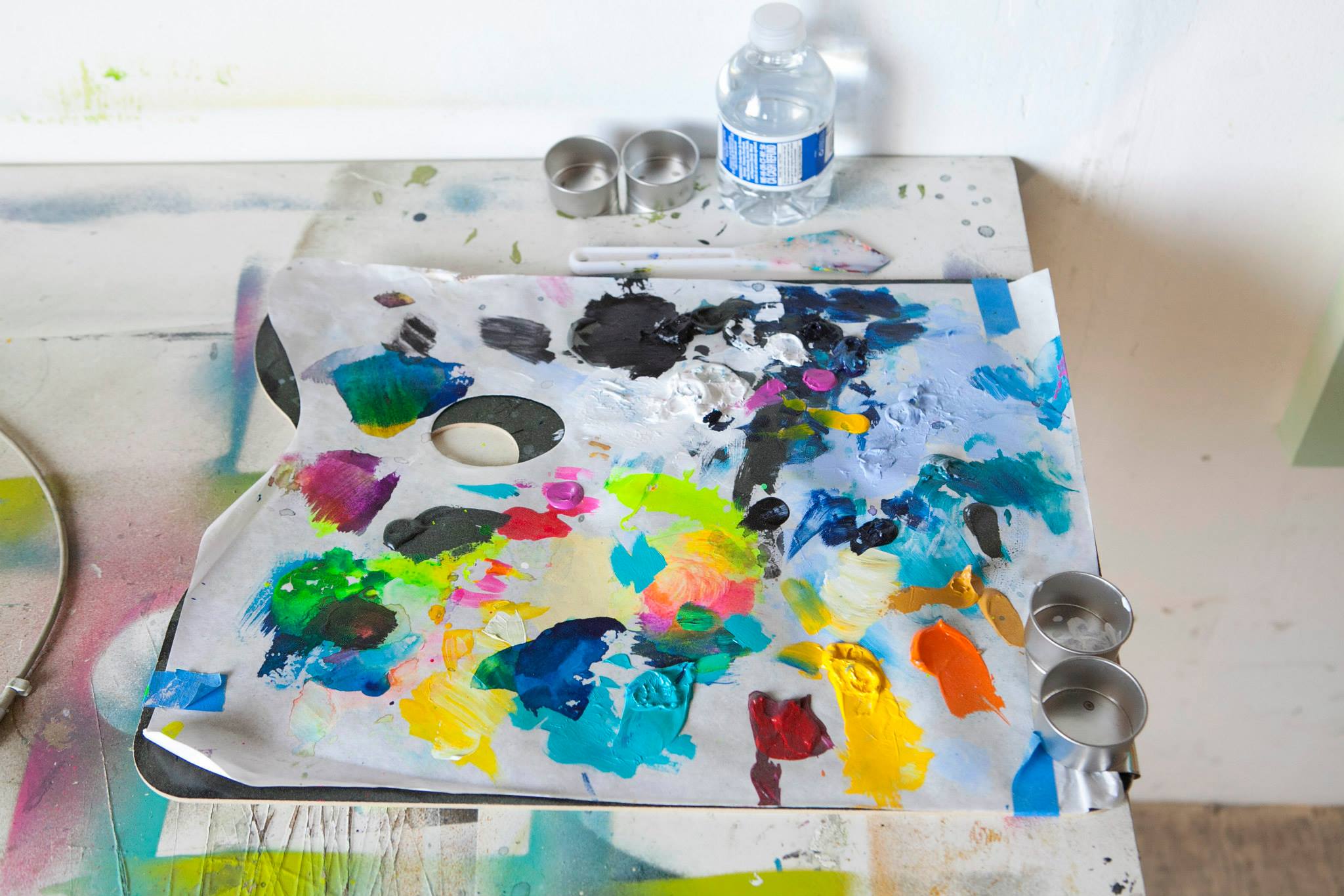 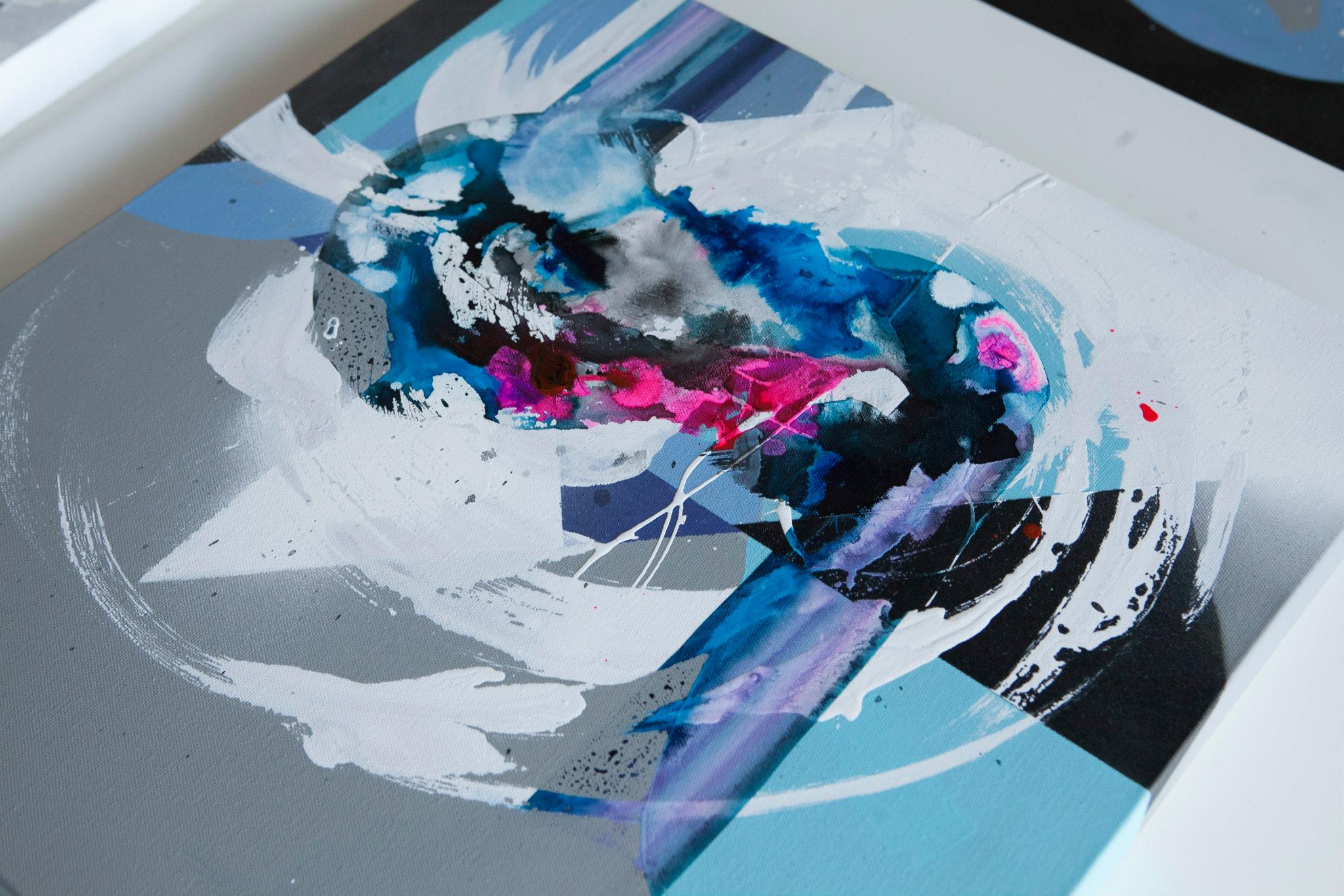 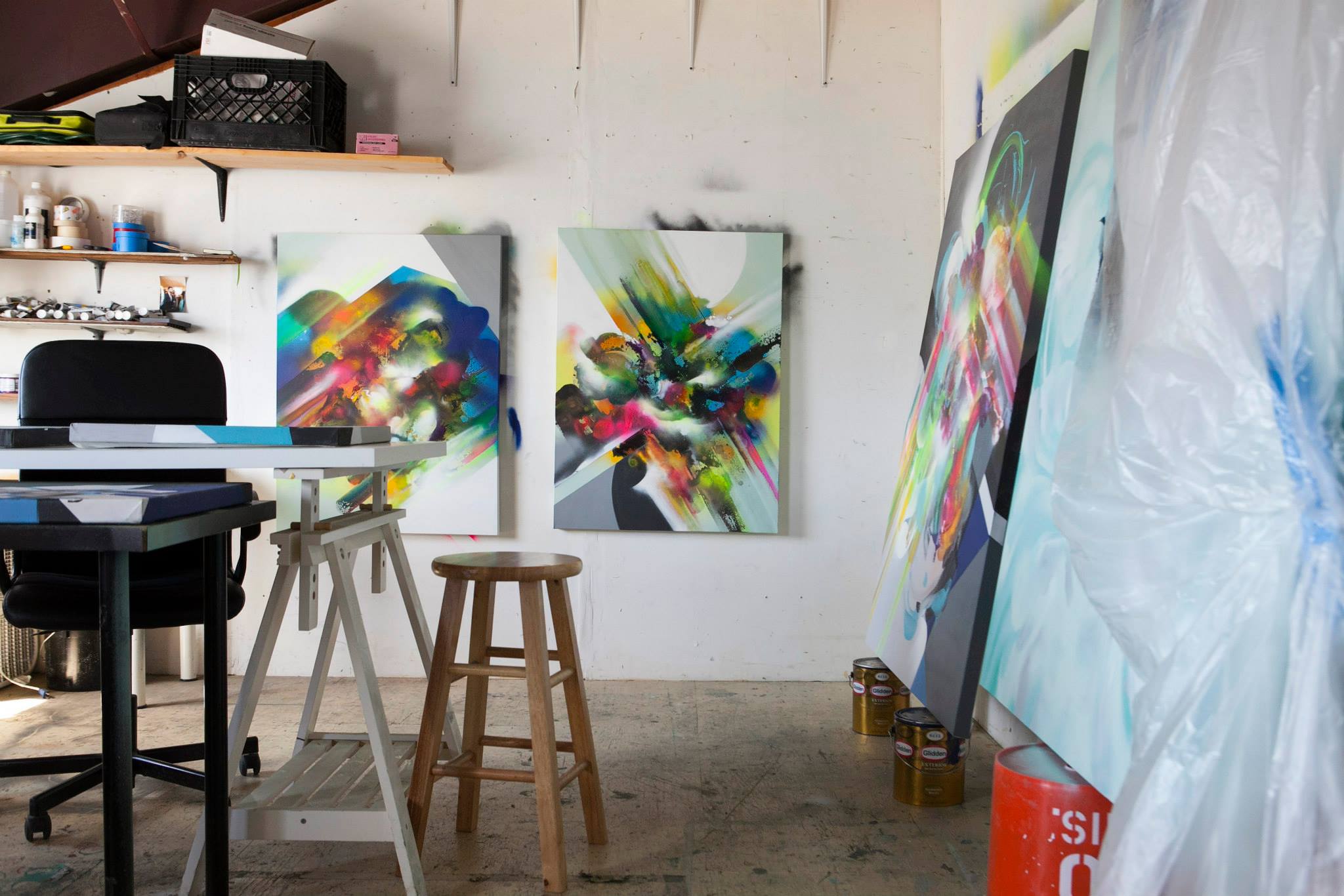 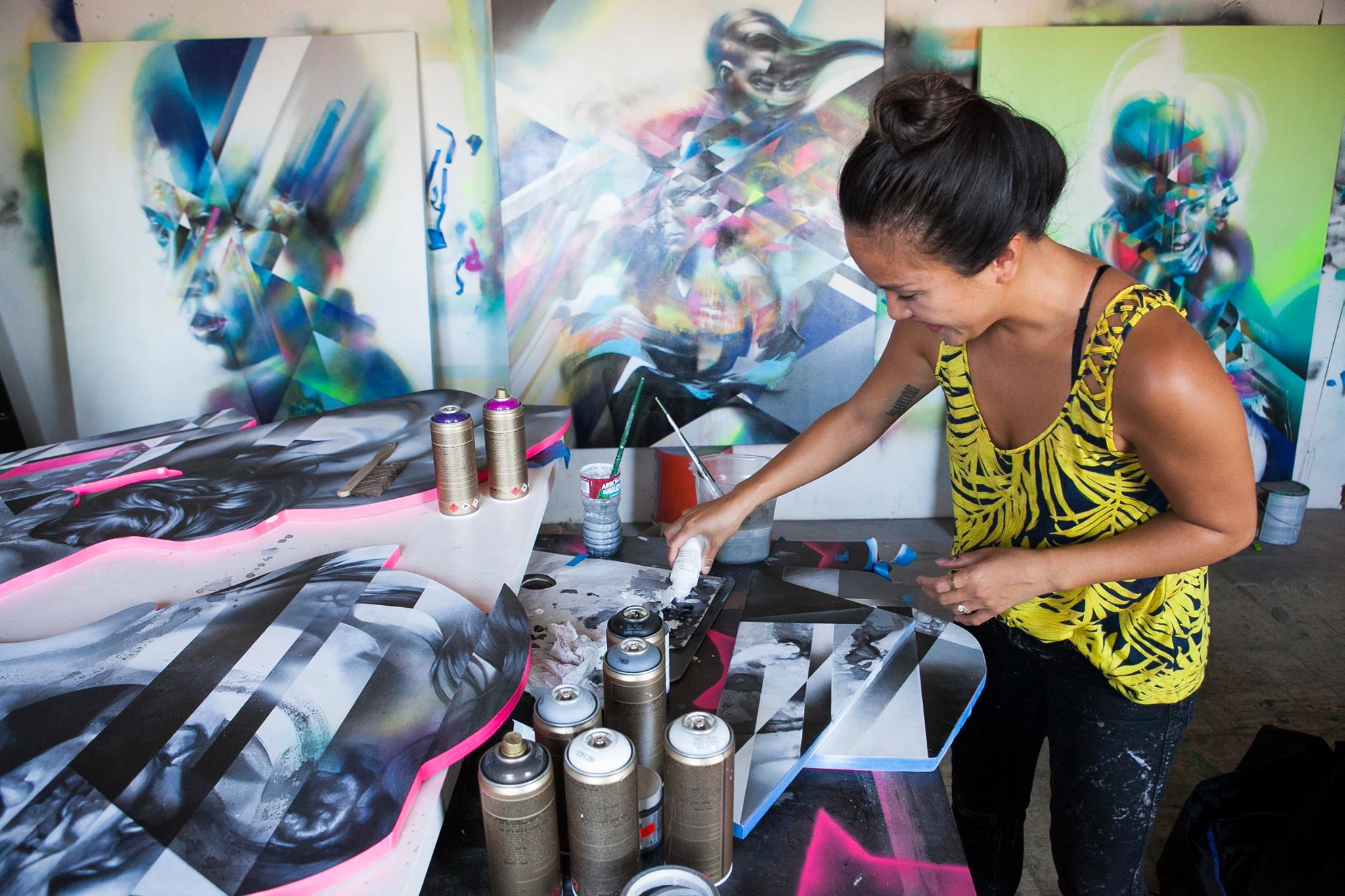 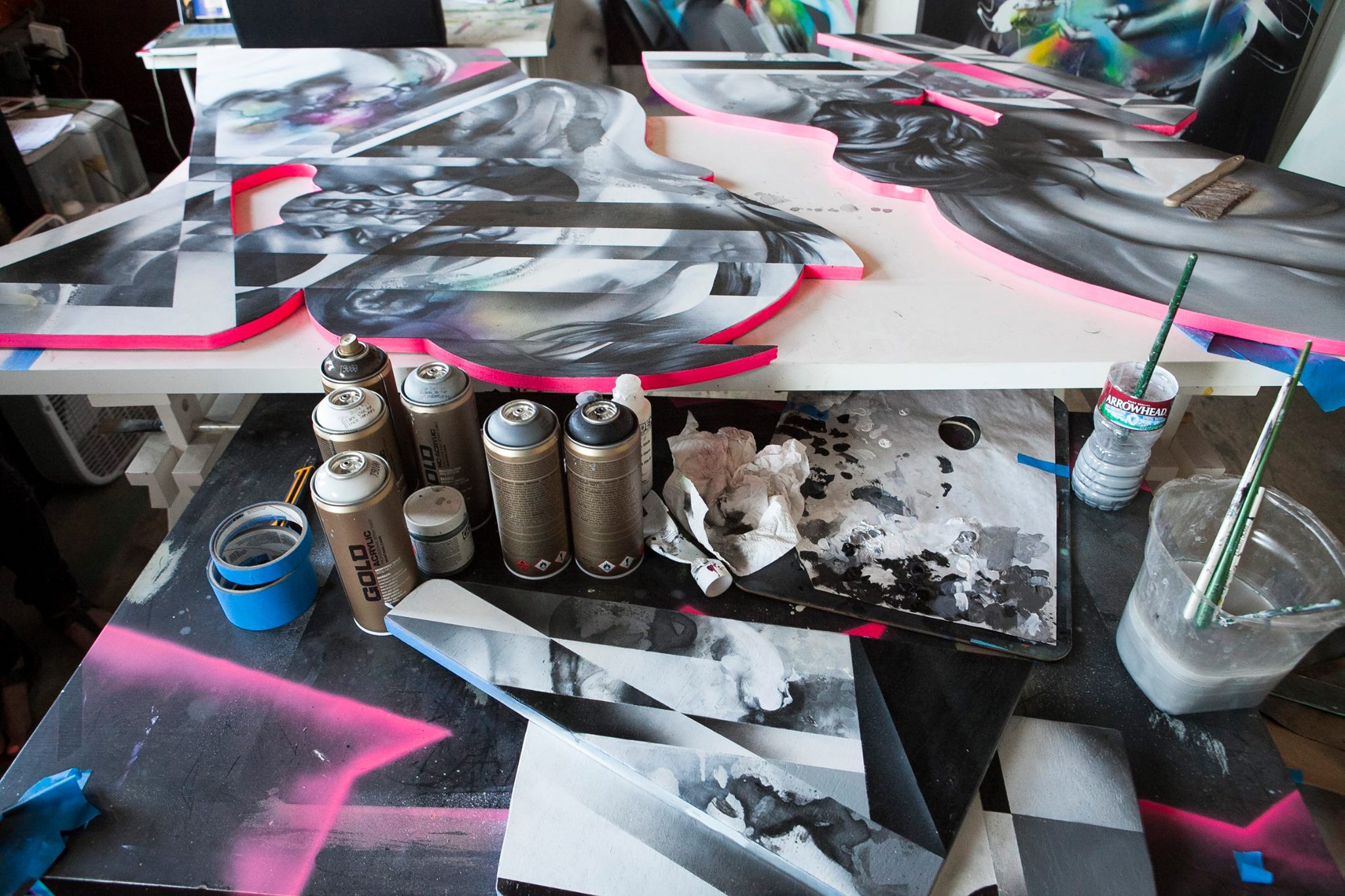 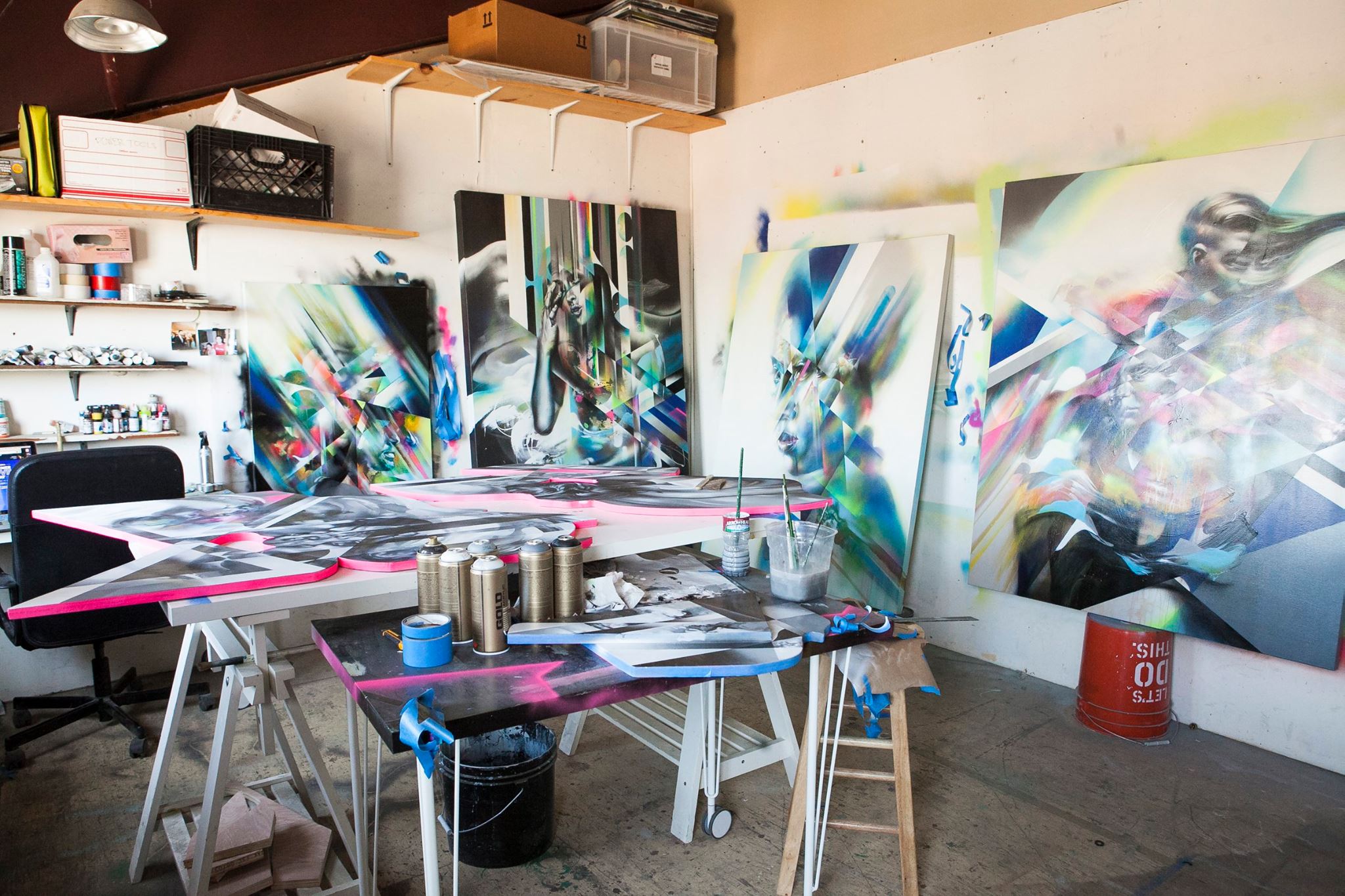 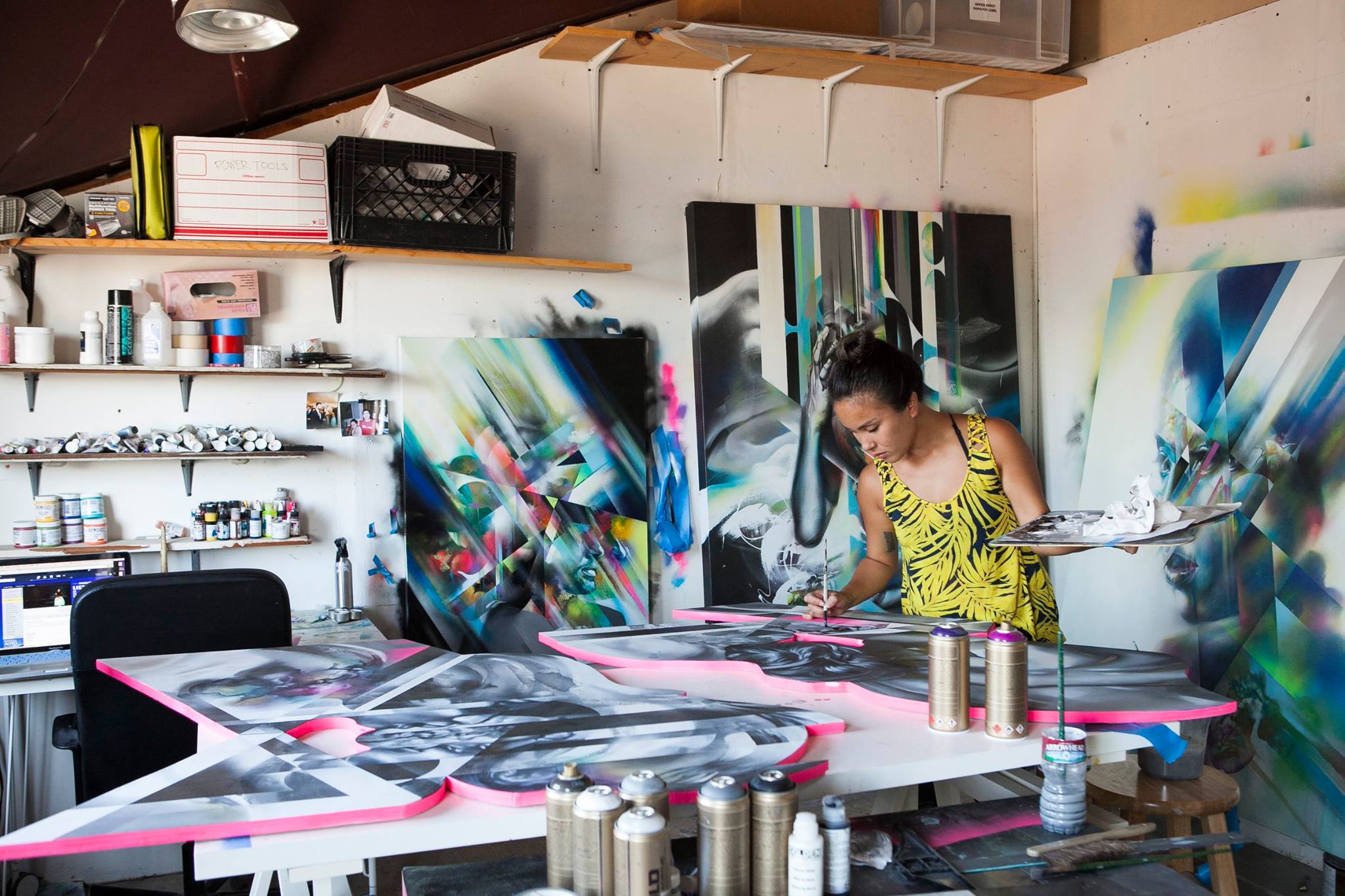