Sign in | Register
Over the past 40 years concert photographer Don Lawver has shot nearly half a million photos of hundreds of the world’s biggest acts around the world. With over 400,000 negatives spanning 238 genres, Lawver’s collection is noted by Getty Images and Sotheby’s as the world’s largest collections of live color concert photography, many of which have never been seen until now.  We are excited to showcase four new prints from Don Lawver featuring Nirvana in 1993 as the trio of Kurt Cobain, Krist Novoselic and Dave Grohl played in Lakeland, Florida. Read on for the story behind these photos and be sure to snag the 3-print set or a unique edition featuring Kurt Cobain on metal while you still can . . .

1xRUN: Tell us a little bit about these 4 images, anything immediate you would like us to highlight about this series?
Don Lawver: I’m always searching for visuals that not only emanate from the artist(s) themselves but have to do with lighting and where it evolves from and the angles and the spotlights. At this particular show I immediately noticed that behind the performers there were angels being used as props. When the show started I realized they were using full stage screens and at times the angels were illuminated by one full color and the 3 alternating colors seemed to be yellow, green and red. That’s when I decided to line up dead center in front of Cobain and wait for it to look as if he was wearing the angel’s wings. I then waited for the screen to become solid red because the wings were mostly green and I liked the contrast. The color combination was visceral and that’s when I nailed the shot. In the 4 images I also was able to get the bass player with the wings. These were the props used for the album In Utero. My shot of Dave Grohl was interesting because it was close and he had a serious jam going.

1x: Was this imagery part of a recent theme, series or show that you had at the time?
Lawver: I create my themes per show based on props, clothing, stage, lights, etc. I don’t necessarily follow a pattern, it’s just my style to utilize what’s available to bring a photo to life.

1x: What camera and film were using at the time you took these shots?
Lawver: I used a Nikon N2020 with a Vivitar 3800 flash and 400 Fuji film. Fuji was my film choice 90% of the time due to the brilliant colors that the film always produced.

1x: When were they originally taken?
Lawver: These photos were all taken in the Lakeland Civic Center in Lakeland, Florida (between Orlando and Tampa) on the night of Nov. 28th, 1993.

1x: Tell us a bit about shooting these shows, were you allowed free reign at the show or just the first few songs?
Lawver: If I remember correctly my shooting spilled over into the 4th song before the handlers came to get us out of the pit. I was able to move freely around the pit that night. This is why my photos are taken straight on. 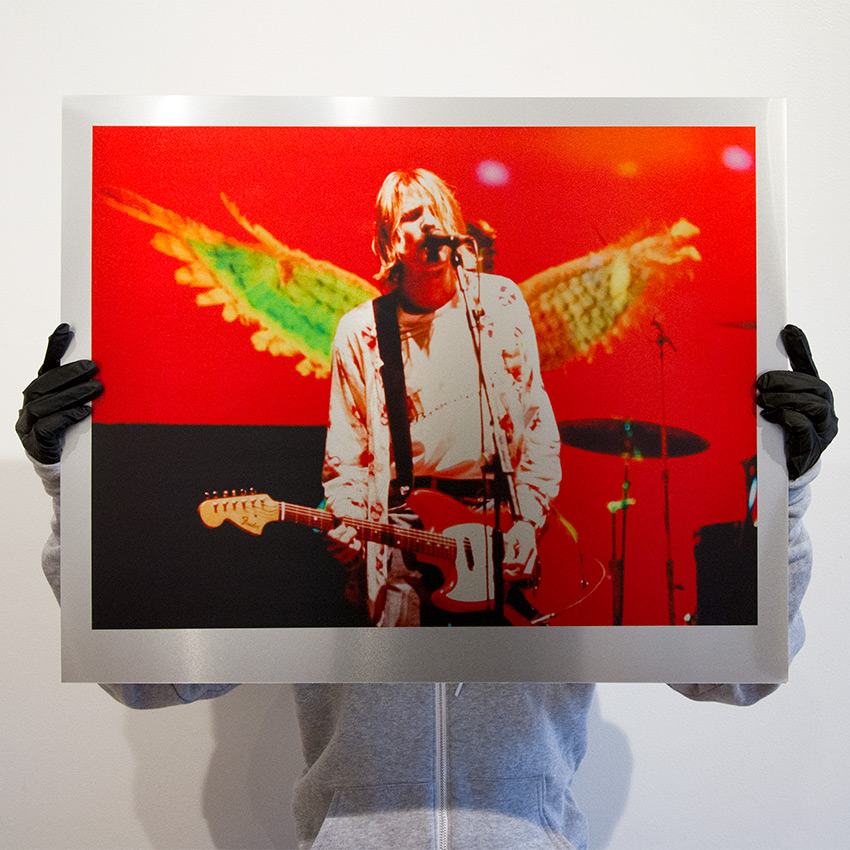 1x: How many photos did you shoot that night?
Lawver: About 50 to 55. They came out jamming so I needed less shots to capture the excitement of the moment.

1x: What is unique about these photos compared with your other work?
Lawver: I would have to say the band’s usage of the angel and wings imagery and then my being able to tie the props with the band.

1x: Why should people buy one of these prints?
Lawver: There are several reasons. Let’s start with the wings image. This photo is special all the way around. A prophetic shot like this doesn’t happen very often. Also, these images are iconic because the band was so iconic. They were soldiers of grunge that helped create the genre out of Seattle and then spread the message and sound worldwide. These photos carry historical context. Unfortunately the band had a short time to be with us but they left a very memorable mark. 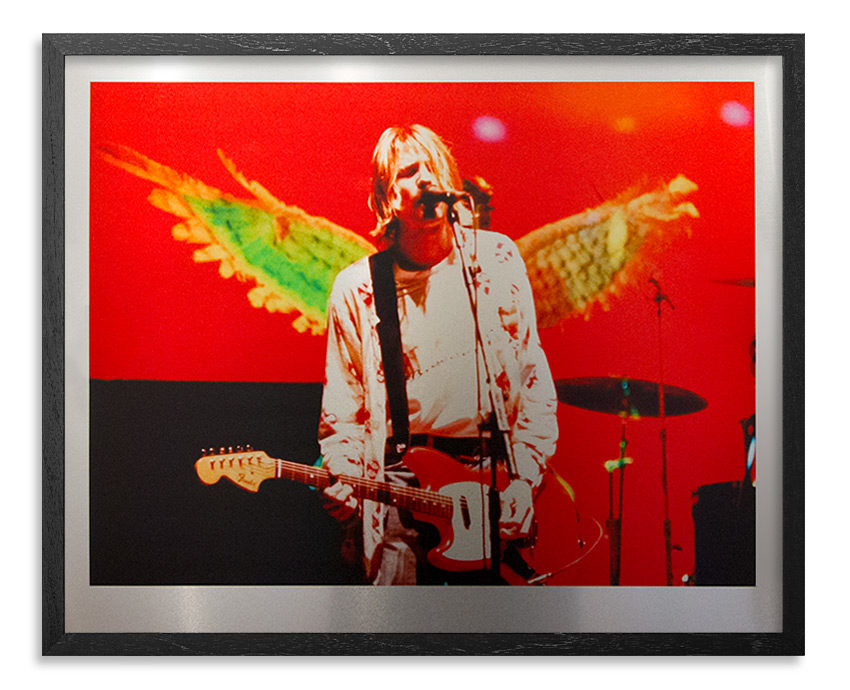 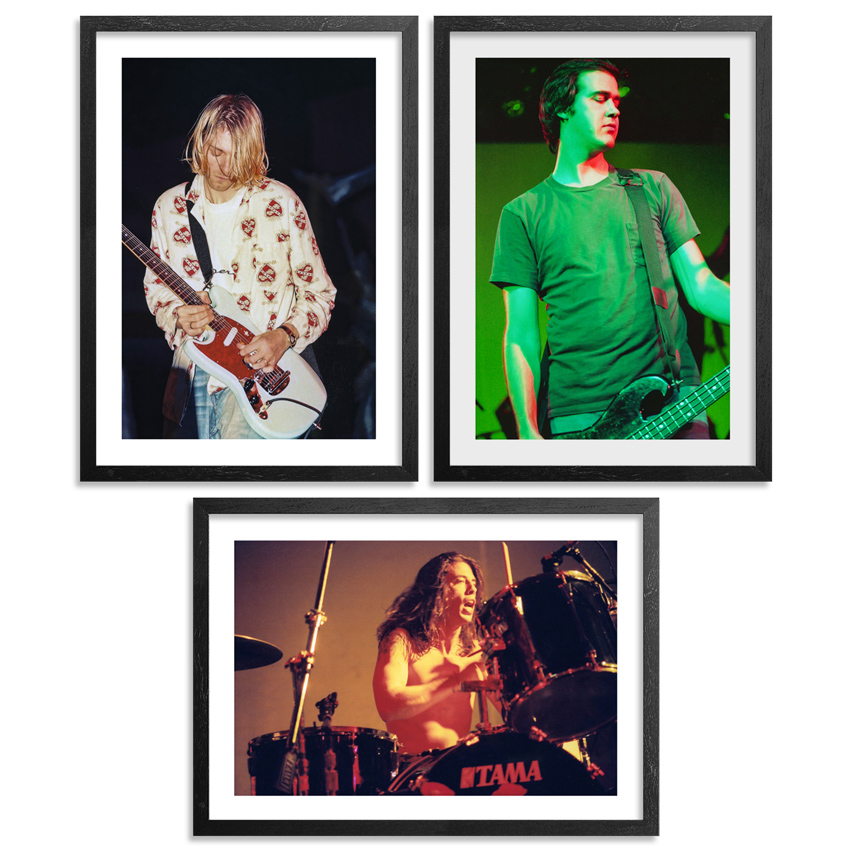 1x: When did you first start taking photos?
Lawver: I began to dabble a little in 1976. But it was a Led Zeppelin concert that was transformative for me personally in 1977 that began my passion for trying to photograph every artist that I could.

1x: What was your first shot where you knew you had something special?
Lawver: I don’t recall one particular shot. After 8 to 10 shows I began to realize that I was getting it down and it was all starting to come together for me.

1x: What artists and photographers inspired you early on?
Lawver: As a youth, I bought every Cream and Hit Parade magazine that I could get my hands on and they were definitely a huge inspiration to me. Also, and I will say that I don’t remember all the photographers, but as a young person I loved war documentaries and war photos. I found it absolutely fascinating that a photographer would put themselves in harm’s way just to capture that one special shot. I’ve even sometimes compared myself half-jokingly to a war photographer with all the loud sounds, bursts of light, pyrotechnics, and everybody moving all around. As I got on up into my 20’s I became more aware of photographers. To this day I remain inspired by Annie Leibovitz even though her niche is more still photography, like the iconic John Lennon and Yoko Ono cover photo for Rolling Stone. Over the years I ended up in the pit with her during various festivals and big tours. Amazing photographer. 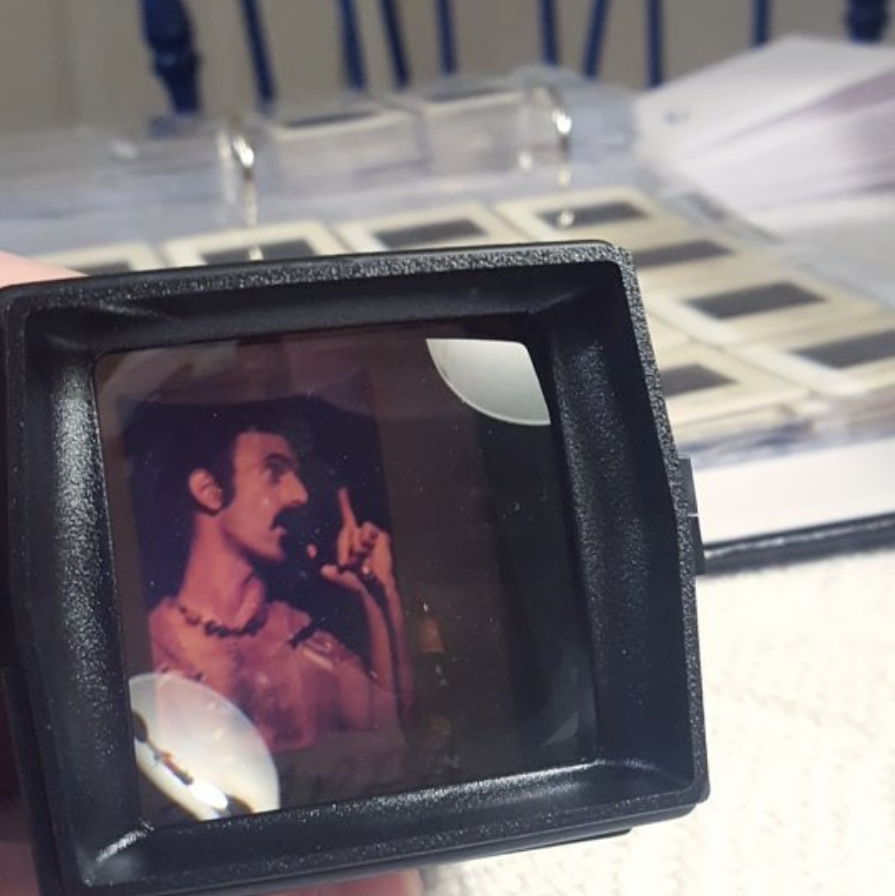 1x: Who inspires you now?
Lawver: John Rankin Waddell, commonly referred to as Rankin, inspires me. He is mainly a British portrait and fashion photographer and he does absolutely amazing work.

1x: If you could collaborate with any living artist who would it be and why? Any deceased artists?
Lawver: Actually, I will soon be shooting Lady Gaga. She brings so much to the stage. Part of music is fashion and Gaga is spot on. She is also an incredible performance artist. For the latter, it would be Jimi Hendrix. He created so many sounds with his guitar that we’ll probably never hear the likes of again. He liked to light his guitar on fire while on stage. How cool is that for a photographer? Just an all around cool cat.

1x: What was the first piece of art that you bought? Do you still have it?
Lawver: In my early 20’s when I began to travel extensively abroad, I began collecting elaborate European wine and whiskey bottles that are covered in pounded leather. They are very ornate and I have a portion of my collection on display on shelves in my living room at home currently. I also cherish a painting that I picked up early on in Barcelona of the Basilica de la Segrada, a masterpiece of a church designed by Antonia Gaudi that began construction in 1882 and is still being built. 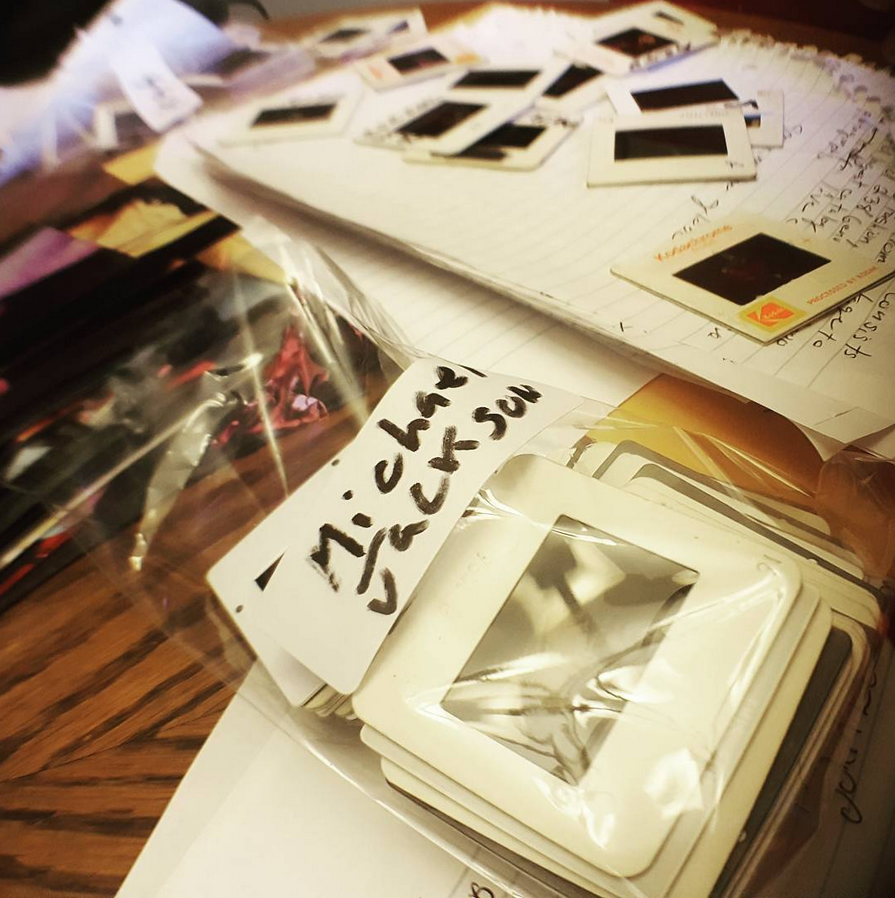 1x: You recently hosted an event with Google Fiber, tell us a little about that?
Lawver: The event was a huge success.  It brought me a good amount of publicity, radio, and T.V.  My representatives with Beaumonde did an amazing job planning and executing the event not to mention the Google Fiber space was a great venue.  The event brought out a lot of friends, (many of whom I hadn’t seen in years), and the crowd was amazing.  A lot of people had me sign photos that you could purchase which Beaumonde had created that were double sided and on the back was info on me and my website address as well as space for signing.  I made some new fans and some are planning to purchase larger pieces of my work done on aluminum.  I got to speak to a lot of inquisitive music fans who had many a question for me.  It was all very exciting and a great deal of fun. You can view photographs from the event as well as some cool video on my Facebook page.

1x: Any upcoming shows or events you’d like to talk about ?
Lawver: I’m actually about to partner with a startup hub in Raleigh to cover their coworking space with my photography. It’s pretty exciting knowing that my work will be in the same space where a lot of innovative ideas are generated. We are also selecting galleries for a 2018 gallery tour through November and December of this year – feel free to reach out to me on social media if you’re interested in hosting my collection. This last one isn’t really a show or an event, but Beaumonde has given me the task of picking out a few unique sets of photos that will make great holiday gifts for lovers of certain genres and artists. I’m looking forward to showing more and more of my collection with the world.