British artist James Lewis joins us for his first RUN, 3D Supreme, which is part of his ongoing series featuring examinations of iconic logos throughout popular culture. Read on below to find out more about James Lewis’ first release on 1xRUN and grab the Standard, Black or Camo variants in limited quantities before they are gone. . .

1xRUN: Tell us a little bit about these print editions, there anything immediate you would like us to highlight about this imagery?
James Lewis: With my 3D logo paintings I’m pointing out how important and instantly recognizable logos are in our everyday lives. Each logo carries with it a set of values that are inextricably linked to the letters and forms which people relate to.

1x: Was this imagery part of a recent theme, series or show that you had?
Lewis: This painting is part of an ongoing series where I’ve been exploring a combination of recognizable logos presented in a 3D illusion. The 3D Supreme logo was the first logo I painted, and I recently repainted it to showcase how my skills as a painter have improved over the past year. 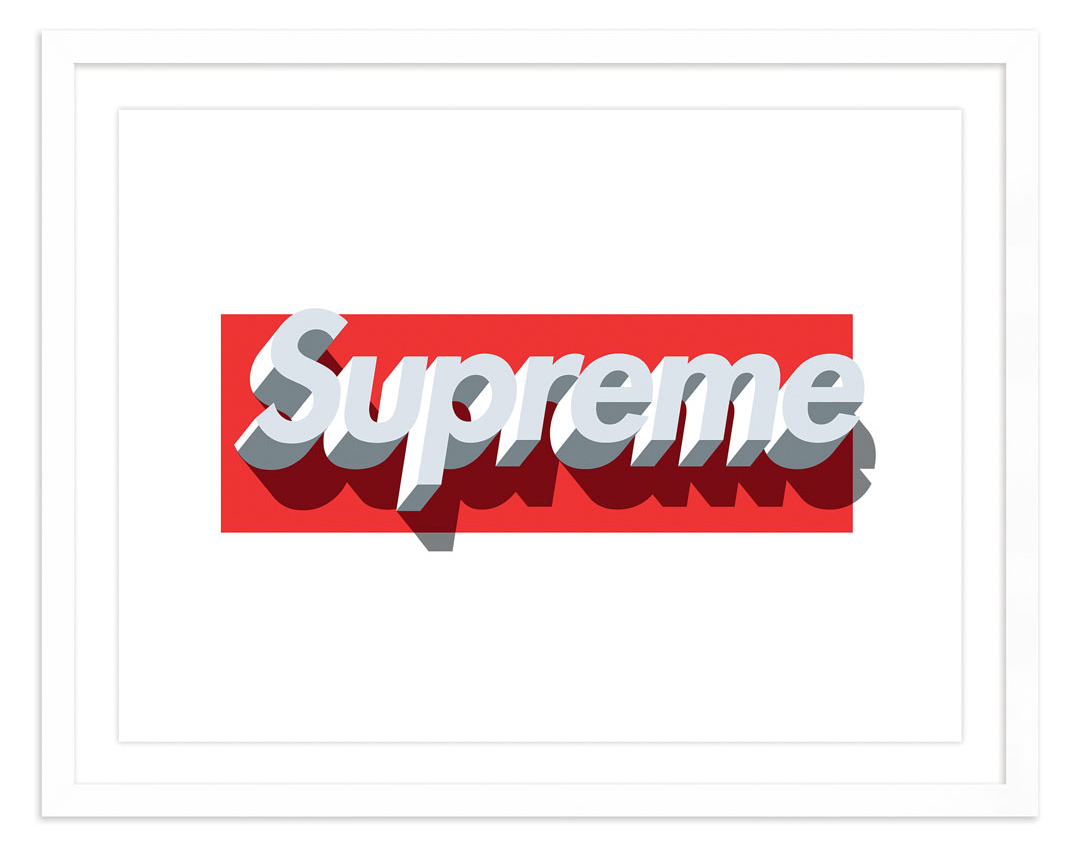 1x: What materials were used to create these original pieces?
Lewis: The original artwork is painted with a home made mixture of acrylic paint, matte medium, and flow enhancer. The consistency and pigment of the paint is really important to produce the clean lines and vibrant matte finish.

1x: When were these pieces originally drawn and created?
Lewis: My first Supreme logo painting was done over a year ago, but this recent rendition was painted in February. 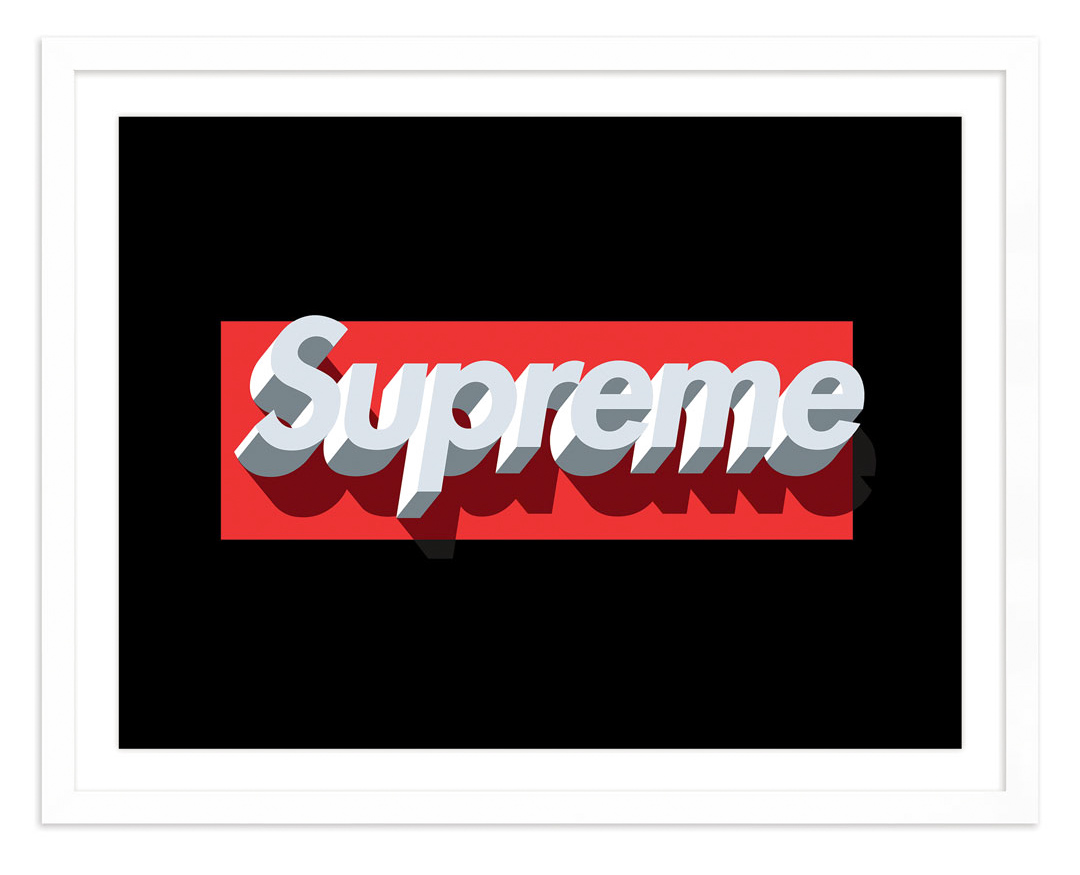 1x: Tell us how the idea and execution came about for this image? How long did these images take to create from start to finish?
Lewis: I’ve been infatuated with sign painting and lettering for the past 7 years. I’ve developed my own style of 3D lettering which I’ve taught at independent workshops all over the world and I’ve infused this unique style into recognizable logos making them really stand out. The Supreme artwork took around 5 hours to complete from sketch all the way through to finished painting.

1x: What is unique about these pieces compared with your other work?
Lewis: The logo collection draws a lot of reference from pop culture. Each logo brings with it a group of fans and a group of haters. It’s been interesting to see the different audiences who interact with each different logo I paint. 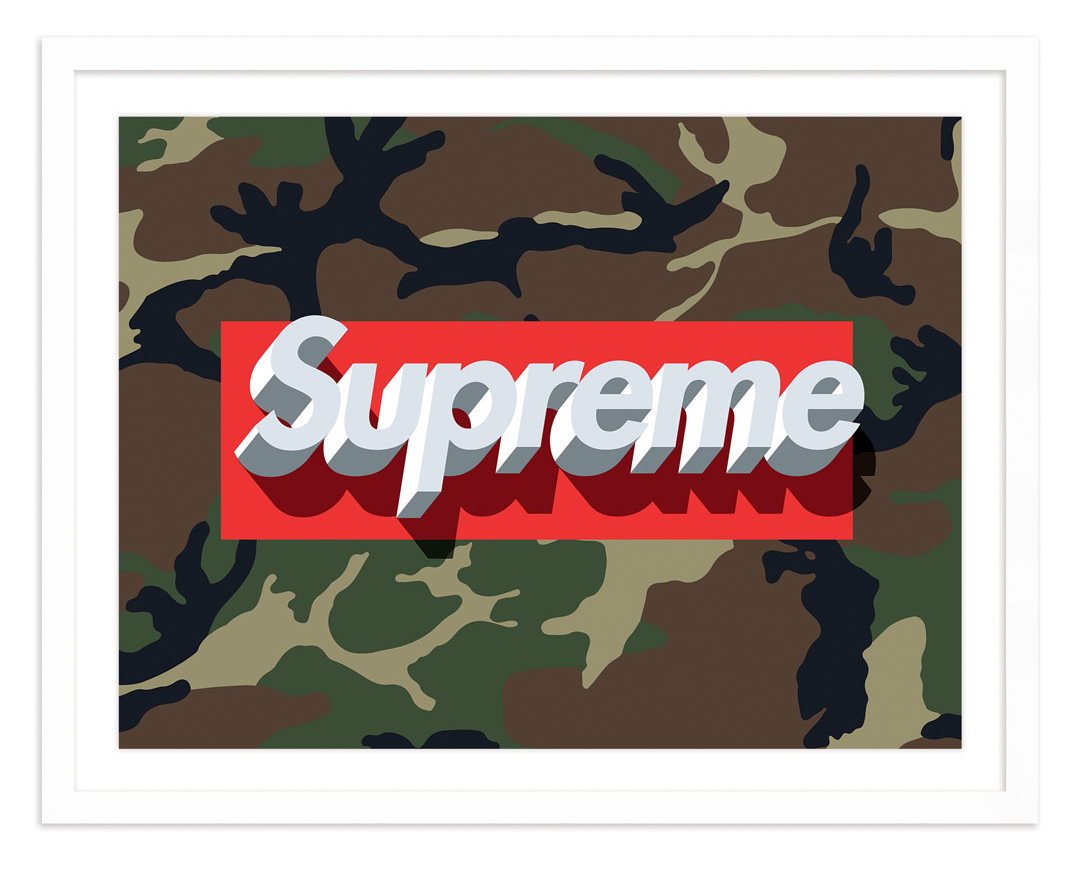 1x: Why should people buy these one off these prints?
Lewis: The prints are of a limited edition and mark a huge transition in my artistic progression. This piece in particular will always mark a turning point in my creative journey. 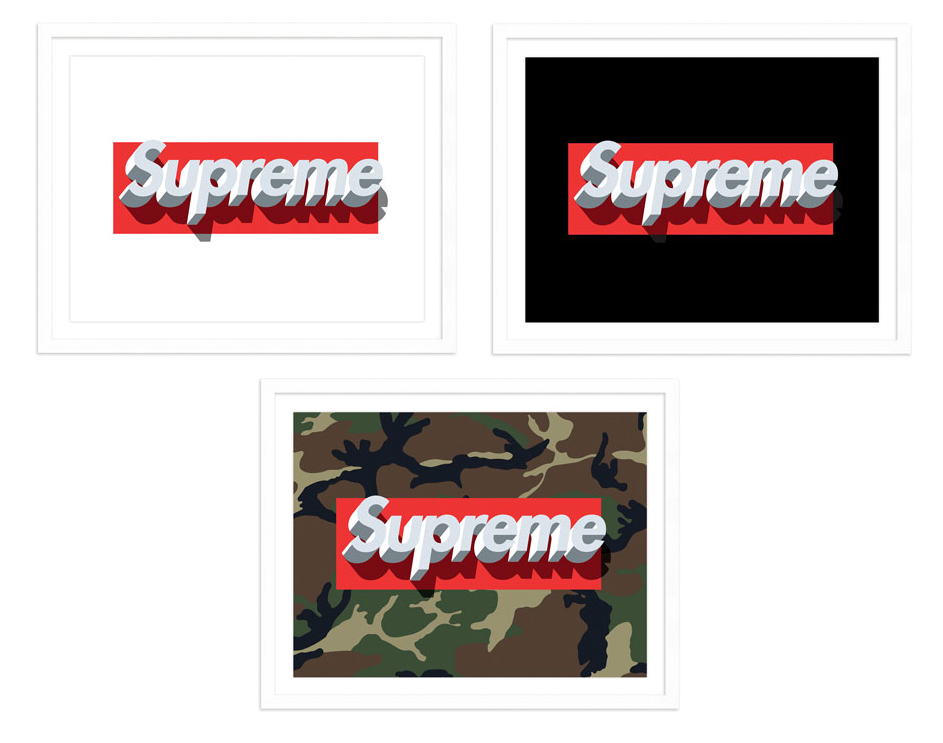 1x: When did you first start making art? What was your first piece?
Lewis: My first art award was £5 for a drawing of a clown at age 6. I’ve always been making art. My first piece I was proud of was an artwork called ‘trust the universe’ which combined a painted astral scene with powerful lettering. I’ll be recreating it again soon.

1x: What artists inspired you early on? What artists inspire you now?
Lewis: I’ve been inspired a lot by Pop art its Ed Ruscha. They way he combined witty lettering phrases into scenes evoke such a sense of wonder. The contrast between life and language is something I continue to explore today. As for now, I’m very inspired by the likes of Ben Eine, his large scale typographic murals can bring any area to life. Kaws is of course having a huge influence on most artists right now so I definitely look up to him. 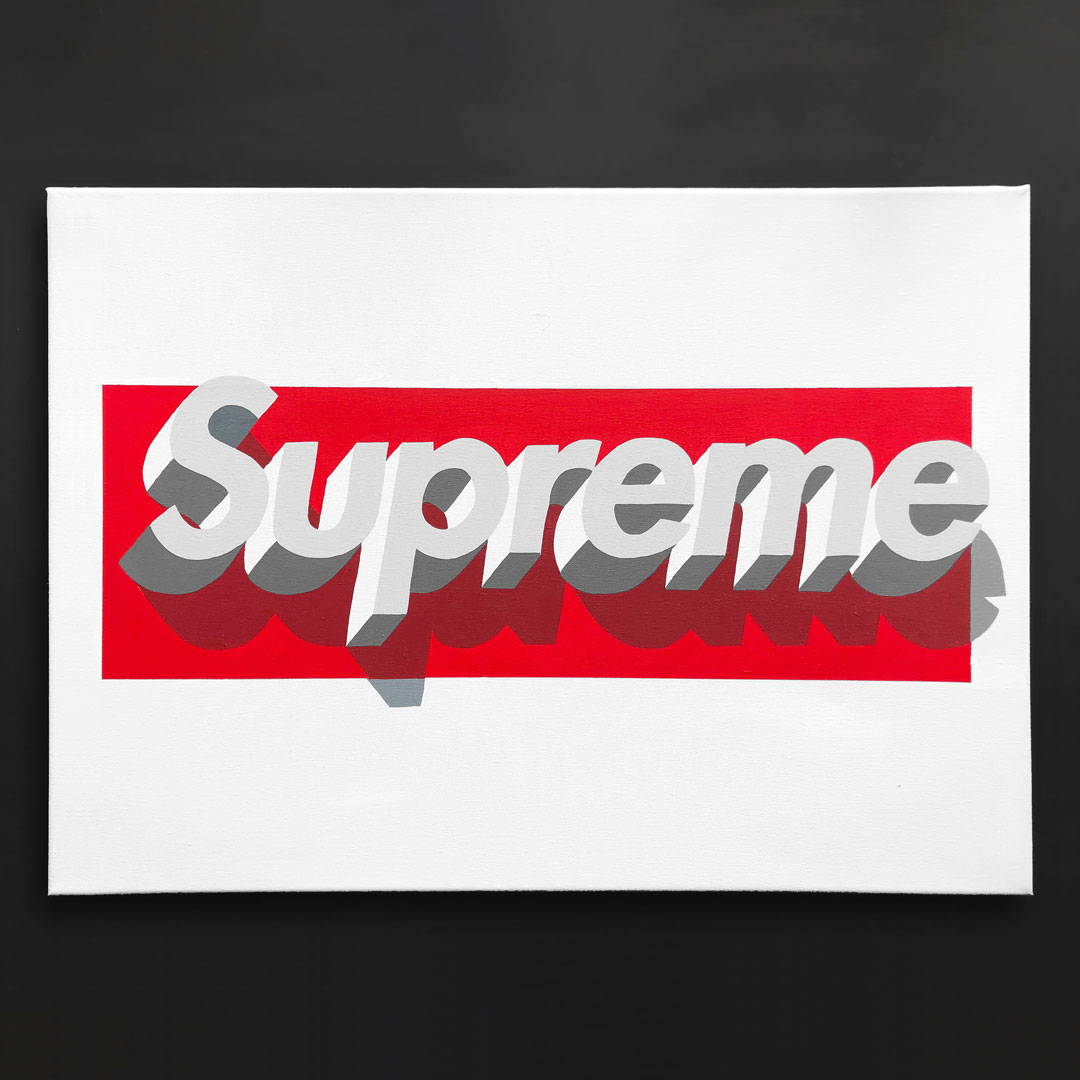 1x: Do you listen to music while you work? If so what? If not then what is your environment like when you work?
Lewis: My environment when working is very messy, a lot of half formed ideas waiting patiently to be finished. A combination of rap music, thought provoking podcasts, and chilled electronic music captures the organized chaos that is my current studio.

1x: If you could collaborate with any living artist who would it be and why? Any deceased artist?
Lewis: I’d really like to collaborate with Daniel Arsham. I’m fascinated how he combines pop culture iconography with his own unique style to bring fourth something unique. It’s a technique I’m working on myself so I believe our styles would match up nicely. [For the latter] I’d work on a year long collaboration with Picasso just so I could pick his mind and understand him better.

1x: What was the first piece of art that you bought? Do you still have it?
Lewis: My first art purchase was made whilst traveling through Indonesia, touring my 3D lettering workshop. I came across an art gallery opening of traditional Batik pieces by a range of local artists. I purchased an original piece of modern abstract art which still hangs in my home today.

1x: Any big shows or events coming up that you’d like to share?
Lewis: I’m currently working on a series of artworks to present at my first exhibition later this year at the prestigious Summer Hall in Edinburgh.