Florida artist Mwanel Pierre-Louis joins us for his very first print release ever, dropping Dissect + Flamingo Tropical available in extremely limited quantity editions alongside original artwork. Channeling his past relationships through these densely layered acrylic paintings, these works trace the moments Pierre-Louis shared and the energy of each model into vivid colors and intertwined with portraiture. Read on below as Mwanel Pierre-Louis gives us the story behind his debut RUN and much more . . . 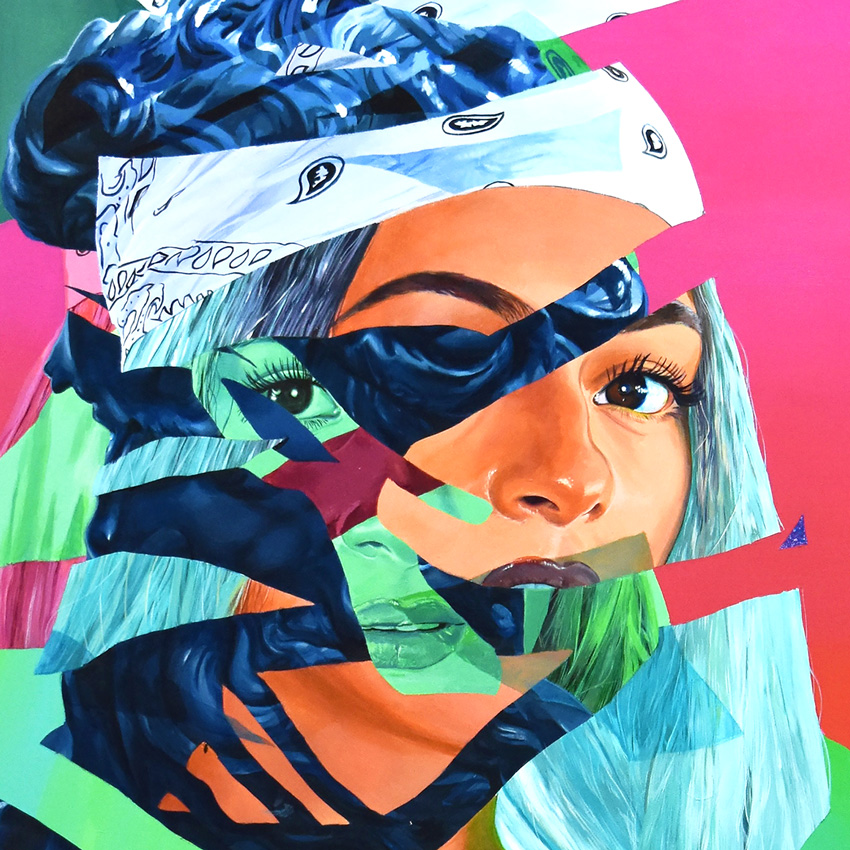 1x: What materials were used to create these original pieces? When was each originally drawn/created? If it was part of a larger continuing series when was that begun?
Pierre-Louis: The only material that I’ve used for these were Acrylic paint. Shout out to Golden Paint! These two pieces were created late 2016 in early 2017. I actually started the series with “Dissect” when I got back to Miami, October 2016. I’m still continuing the series as we speak.

1x: Tell us how the idea and execution came about for these two images? How long did each image take from start to finish?
Pierre-Louis: Well, I took my own references and held them for a while. I had some sketches made before pre-process. Then, I took my shots into Photoshop and worked in the composition a bit more. From there, I would sketch up a final drawing on my panel after priming it. Then I paint long hours on end until I feel it’s time to walk away. It was roughly for 2-3 weeks to create one piece.

1x: What is unique about these two pieces compared with your other work?
Pierre-Louis: It was my evolution phase of my creative art journey. I was happy to push myself into making some completely out the box and unique for myself. 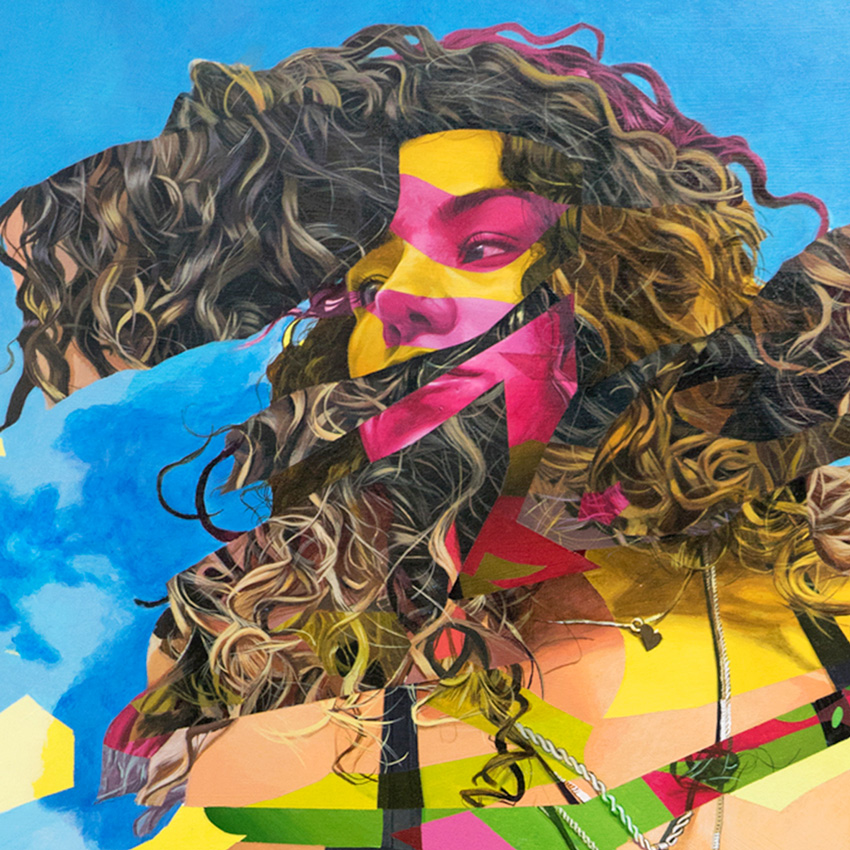 1x: Describe each of these two images in one gut reaction word.
Pierre-Louis: Vibrant/ Layered. 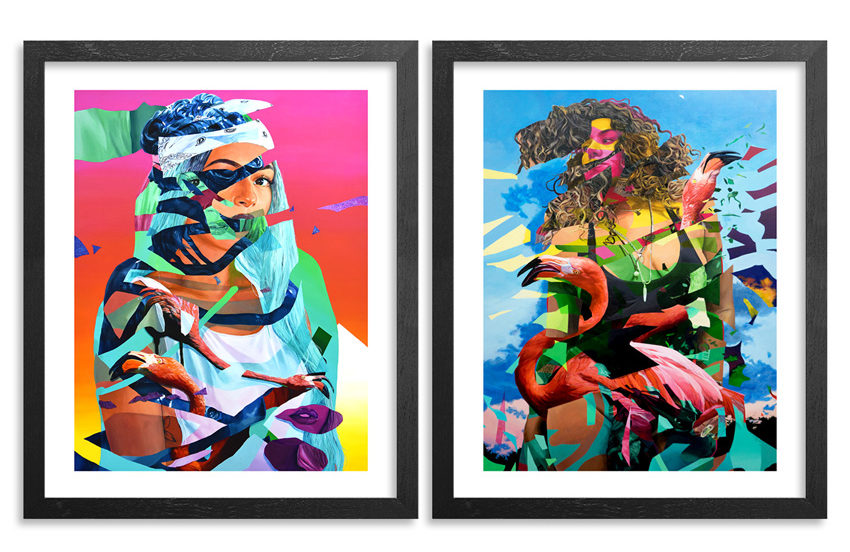 1x: When did you first start making art?  What was your first piece?
Pierre-Louis: I was 4 when I started mimicking Bob Ross on PBS. Probably this piece back in Elementary school. It was a charcoal drawing of a still life.

1x: What artists inspired you early on? What artists inspire you now?
Pierre-Louis: Alex Ross for sure was a childhood inspiration and art dad in my earlier days. Many people inspire me these day, starting with my Miami squad. Reinier Gamboa, Juan Travieso, Adrian Avila, David Olivera, Jose Mertz and Abstrk. As for the other artists, I get inspired by the likes of Erik Jones, James Jean, Laura Owens, Tristan Eaton.

1x: Do you listen to music while you work? If so what? If not then what is your environment like when you work?
Pierre-Louis: Oh man, Music is blasted in my space constantly. I’m mostly listening to like of Kaytranada and Thundercat to Kanye West, N*E*R*D* to Jazzanova and Vikter Duplaix.

1x: If you could collaborate with any living artist who would it be and why? Any deceased artists?
Pierre-Louis: Kaws due to the fact that we can really collide with my realism and is playful characters. That would be real fun to explore that with him. [For the latter] Vincent Van Gogh, do to the fact that he made the world seem so alive and vibrant. I think we can definitely do justice as collaborators.

1x: What was the first piece of art that you bought? Do you still have it? The last?
Pierre-Louis: I bought a drawing from a classmate back in Art Center. I’m not even sure where I last saw it. The last piece was a print that I bought from Emilio Villalba during Art Basel

1x: Any big shows or events coming up that you’d like to share?
Pierre-Louis: Just got invited to Supersonic Art: Micro Show, LAX/PDX show with Thinkspace and a show in May with Spoke Art.