Featuring more than 40 new works, Detroit artist and muralist Ouizi has unveiled her latest solo exhibition Lucky Garden on view now at Inner State Gallery and online at 1xRUN. This entirely new body of work highlights Ouizi’s lifelong exploration into the neologism she has coined as “Chinese Americana.” Mixing nostalgic childhood memories with her own continually evolving floral imagery and hypnotic patterns, Ouizi has created a gallery-wide installation featuring dozens of new works. Read on for a look inside Lucky Garden and be sure to grab your favorite piece before it’s gone . . . 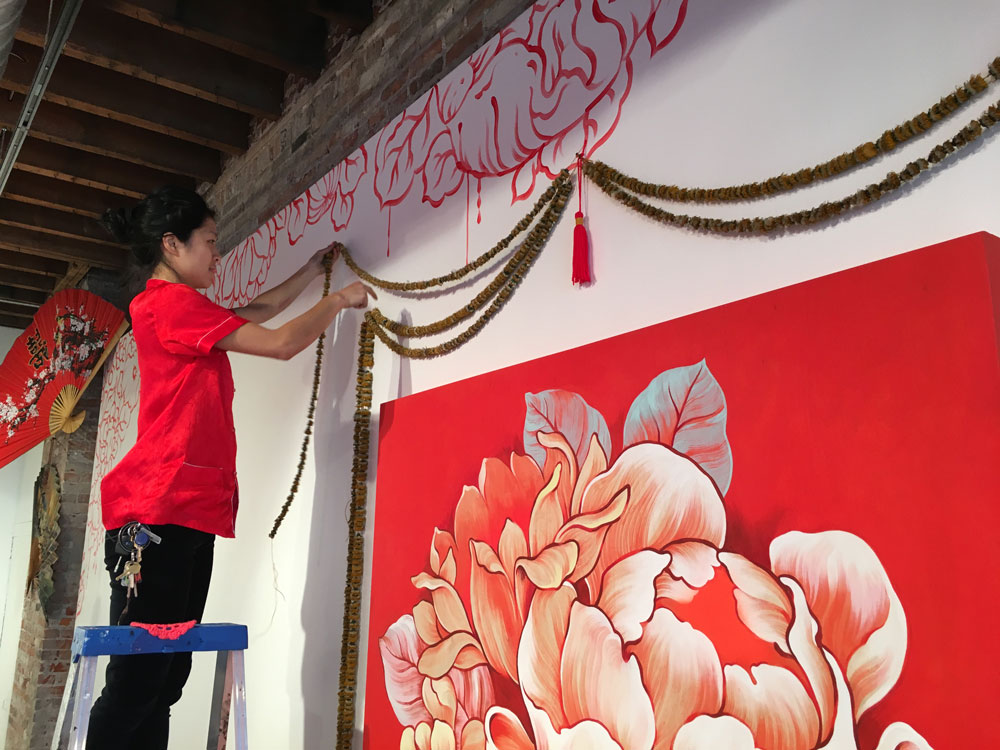 “For this exhibition I really wanted to take the traditional white wall gallery vibe and turn it on it’s head. Since this is my first solo exhibition at Inner State Gallery, I wanted to pull out all of the bells and whistles to create an immersive visual experience,” Ouizi said from her studio in Detroit’s New Center Neighborhood. “Most of the concepts I chose to highlight have been with me since my childhood, and others I only learned about because of the show. In several of these pieces I am revisiting old techniques with colored pencil and gouache for several of the drawings, which I am very excited about. A few paintings will also have some sculptural elements to them.”

Comprised of both two and three-dimensional works, Lucky Garden showcases the diversity of Ouizi’s skill set and ongoing dedication to her craft. Ouizi’s signature style references patterns found in nature, textiles and indigenous art, but through her exploration into her own heritage Ouizi pays homage to her lineage and invites the viewer into her dialogue between nostalgia and mark making. 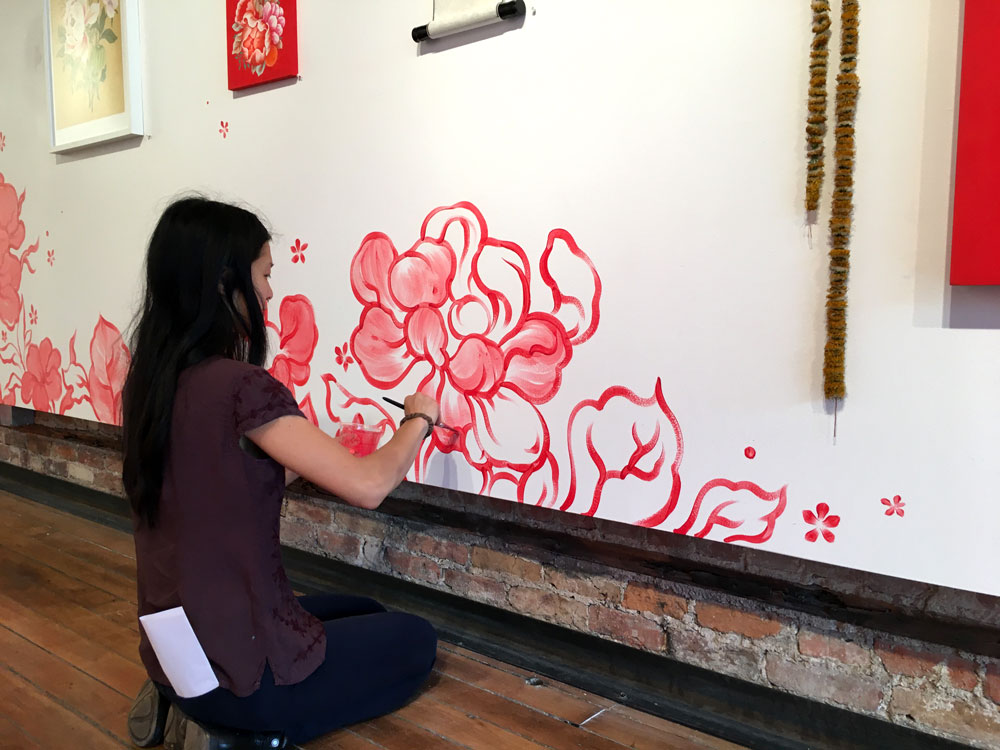 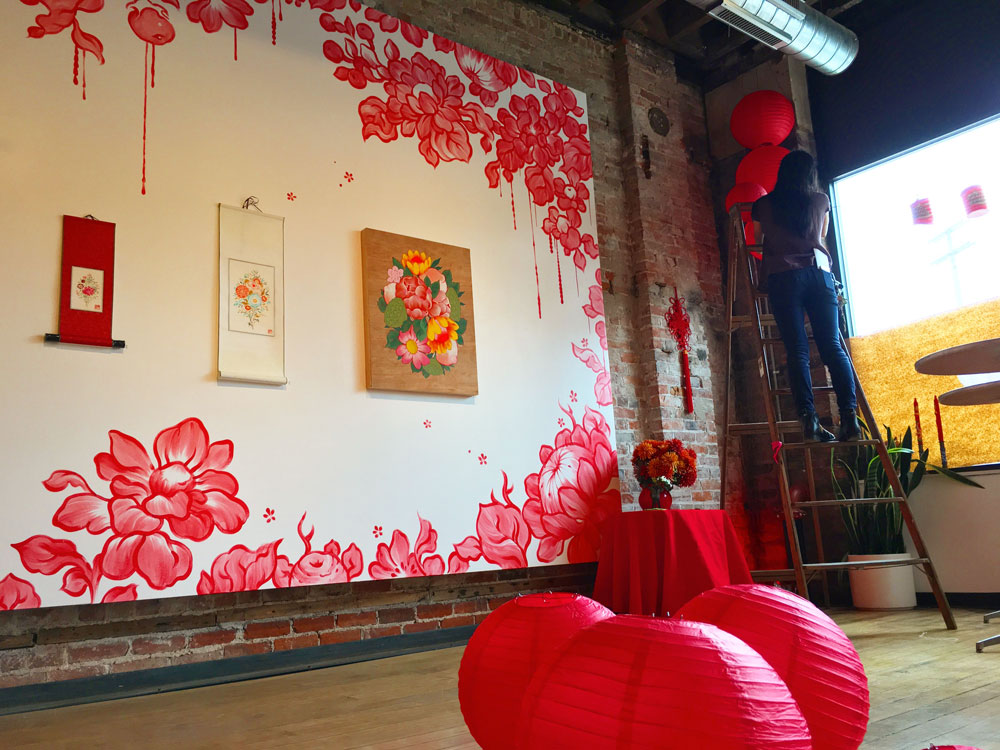 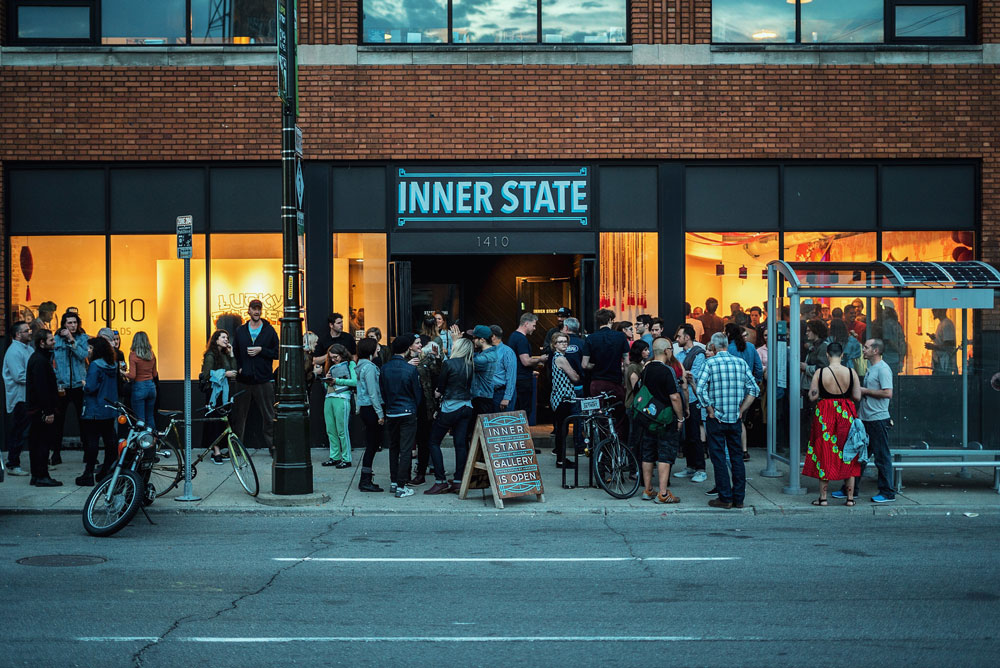 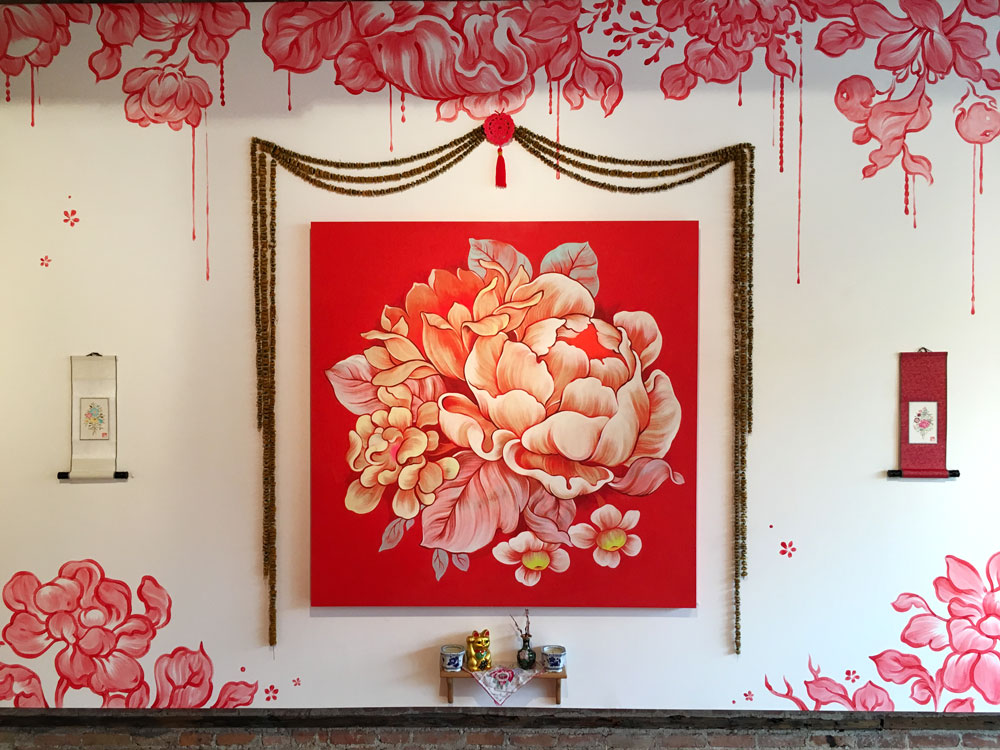 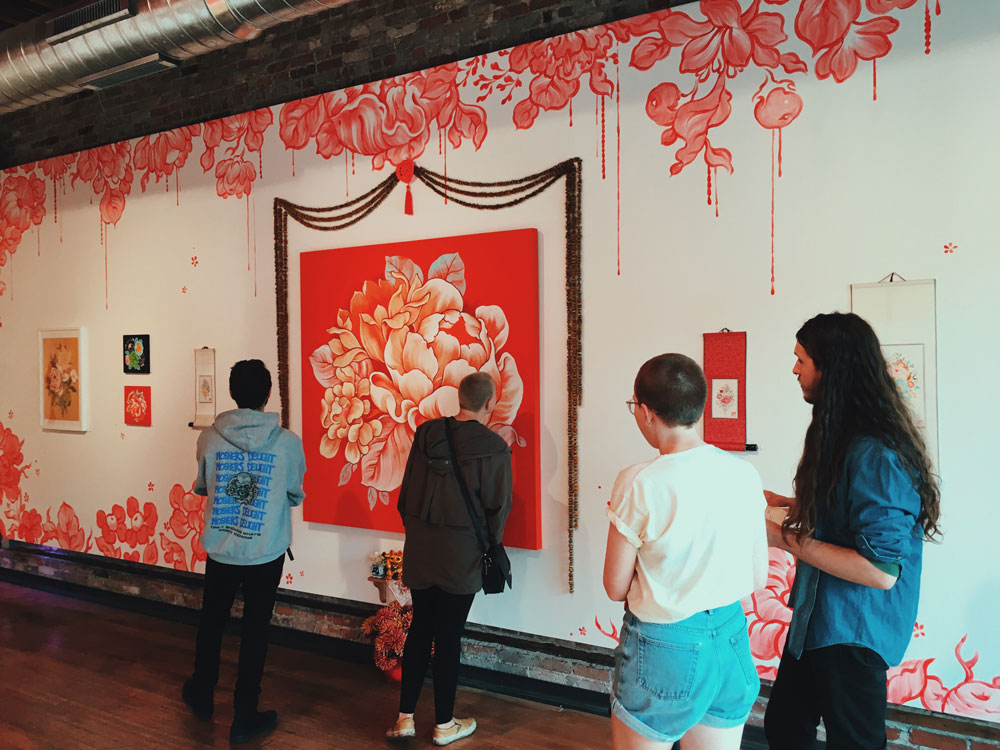 “The title Lucky Garden is a nod to a name that has been used by countless Chinese restaurants around the United States. You’ve probably eaten at one at some point in your life. Either in a Chinatown borough, or a town in the middle of nowhere off of HWY 80, it was likely the only Chinese restaurant in that town. May is also Asian/Pacific American heritage month I thought it fitting to center the concept of my show about Chinese Americana.  All and all, creating this show has been a great learning experience for me, and will hopefully be one for the viewer as well,” Ouizi added. 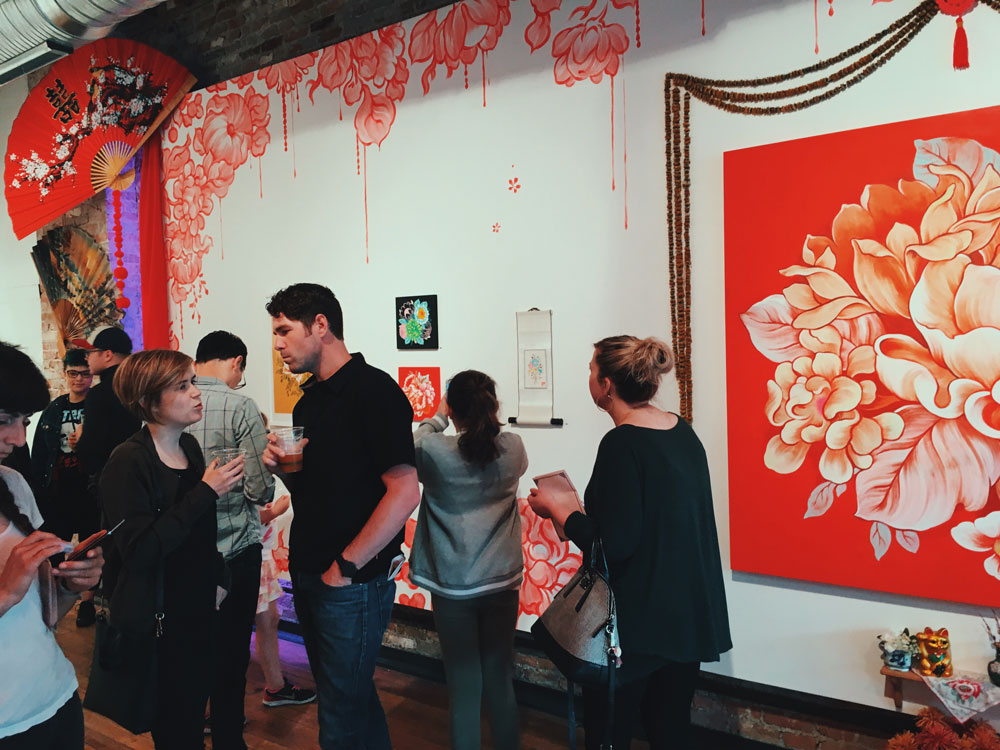 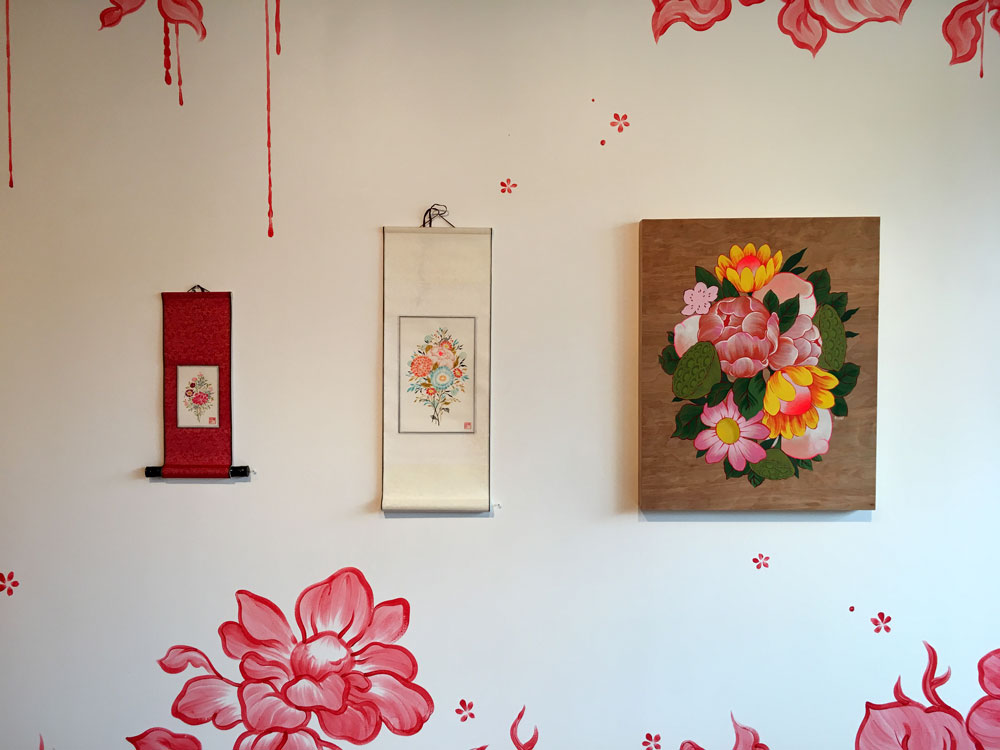 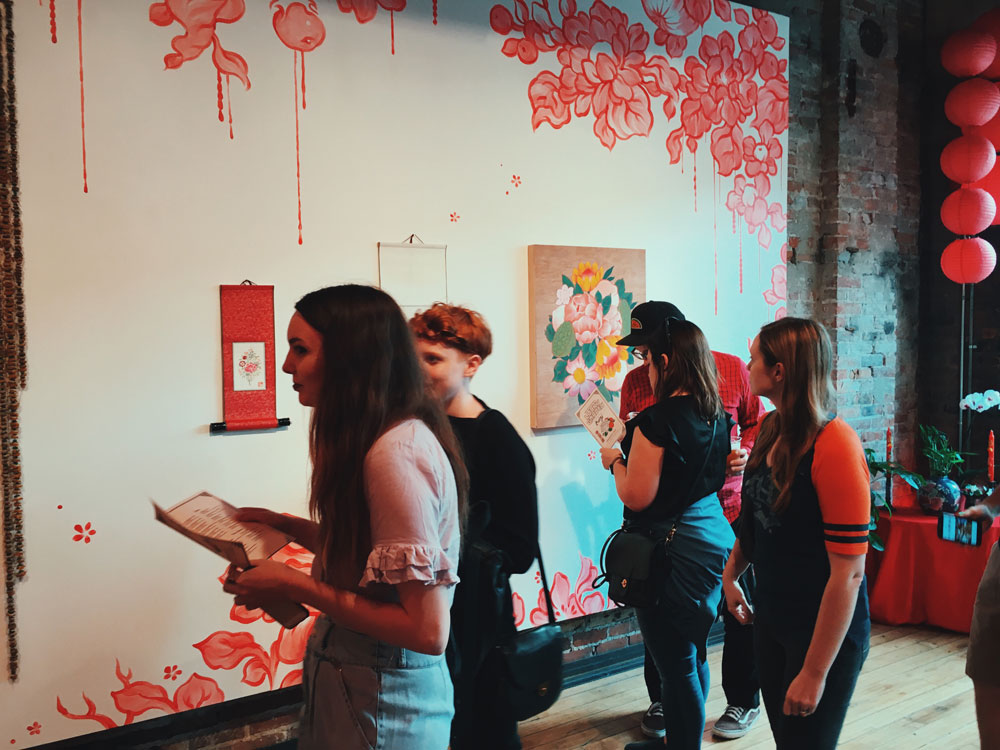 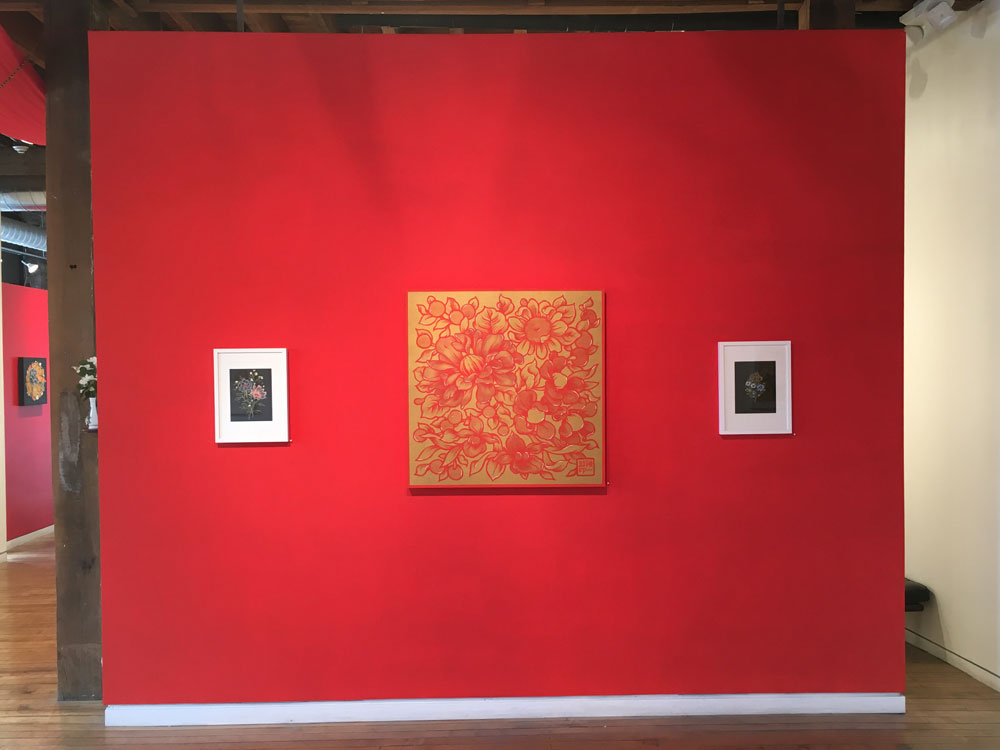 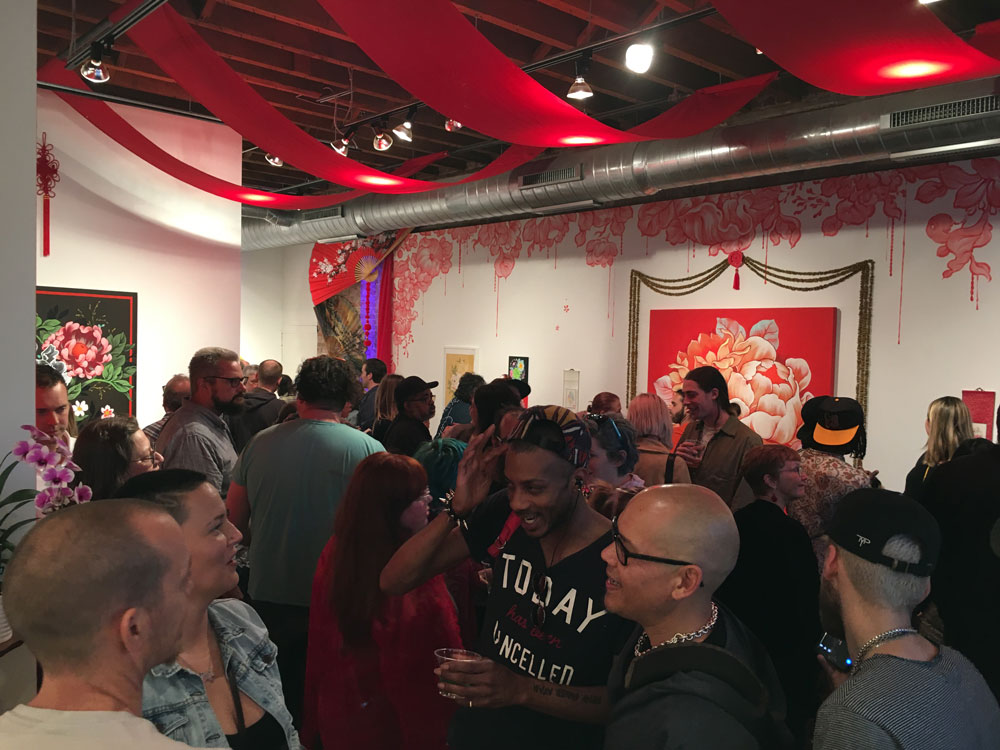