Jim Houser was born in 1973 in Philadelphia, Pennsylvania, the city where he currently resides. He is a self-taught artist and an honorary founding member of the Philly-based artist collective Space1026. Houser’s installations create a mapping system, cataloguing his thinking . His work explores the cadence of speech, science and science fiction, sickness and disease, plants and animals, time travel, ghosts , the art of children and the gravity of fatherhood , codes and code breaking, music and music making. 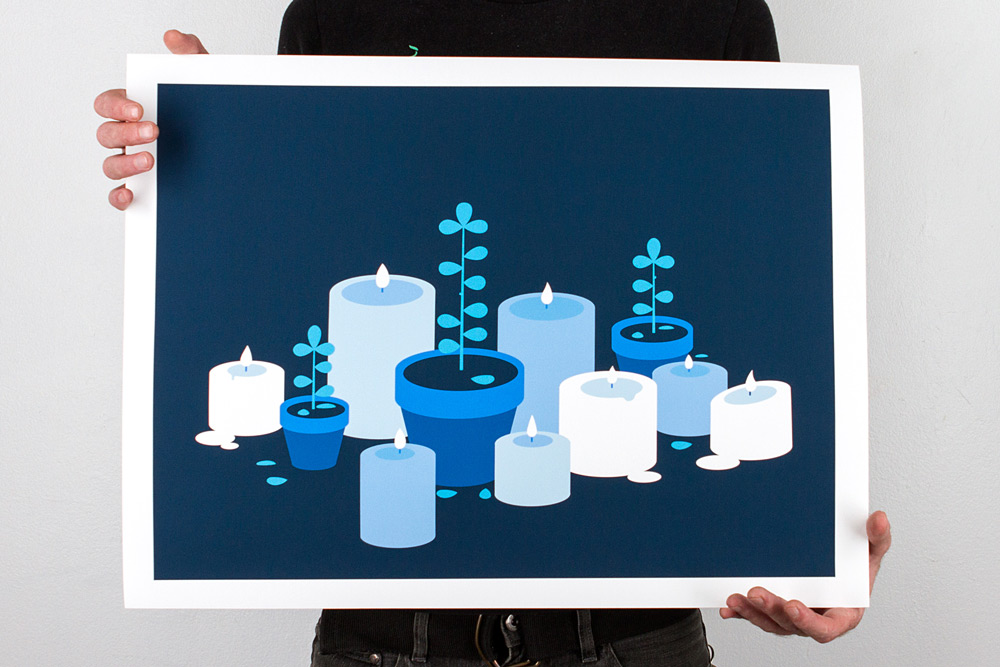 1x: What materials were used to create this piece?
Jim Houser: The original was a collage made in early 2016. The print was designed/drawn in illustrator.

1x: When was the piece drawn and created?
Jim Houser: This piece was created the second week of August, 2016.

1x: Tell us how the idea and execution came about?
Jim Houser: The idea comes from walking around my neighborhood and seeing these small vigil spots on the sidewalk at the location of something bad happening. Car wreck, shooting, a sick kid etc. The ones with the stuffed animals always crush me. There’s usually not an explanation of any sort, you are just left to wonder what happened. I think it’s a sign of where we are, how life is right now. Seems like I notice them more and more. They are sad and they are beautiful. 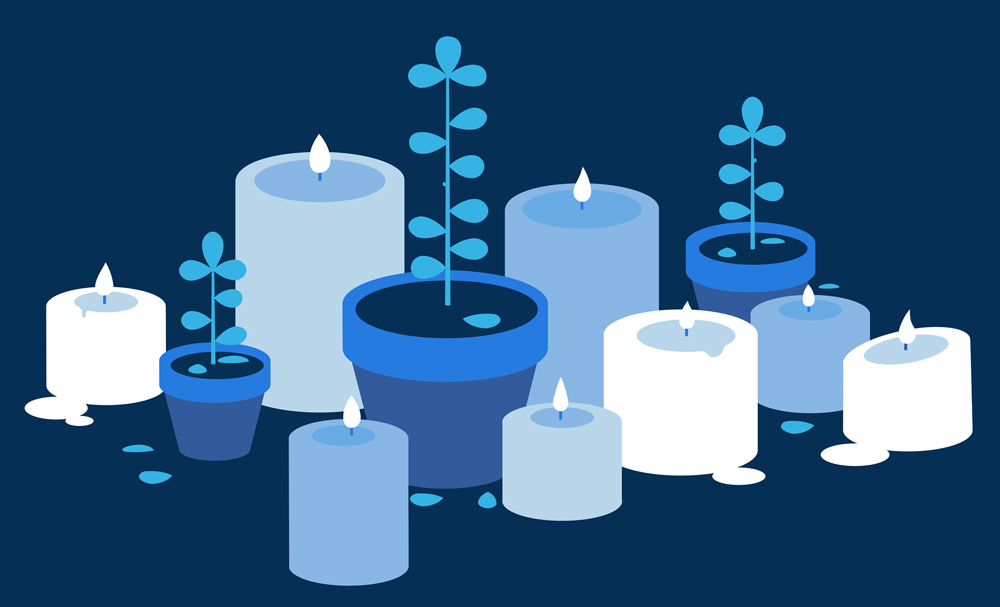 1x: How long did this piece take from start to finish?
Jim Houser: About three days.

1x: What do you feel is unique about this piece compared with some of your other work?
Jim Houser: It fits as part of a whole, other work-wise. I haven’t done many prints where there is a hand painted element, like on the special edition ones. I like that idea.

1x: Describe the piece in one gut reaction word.
Jim Houser: How? 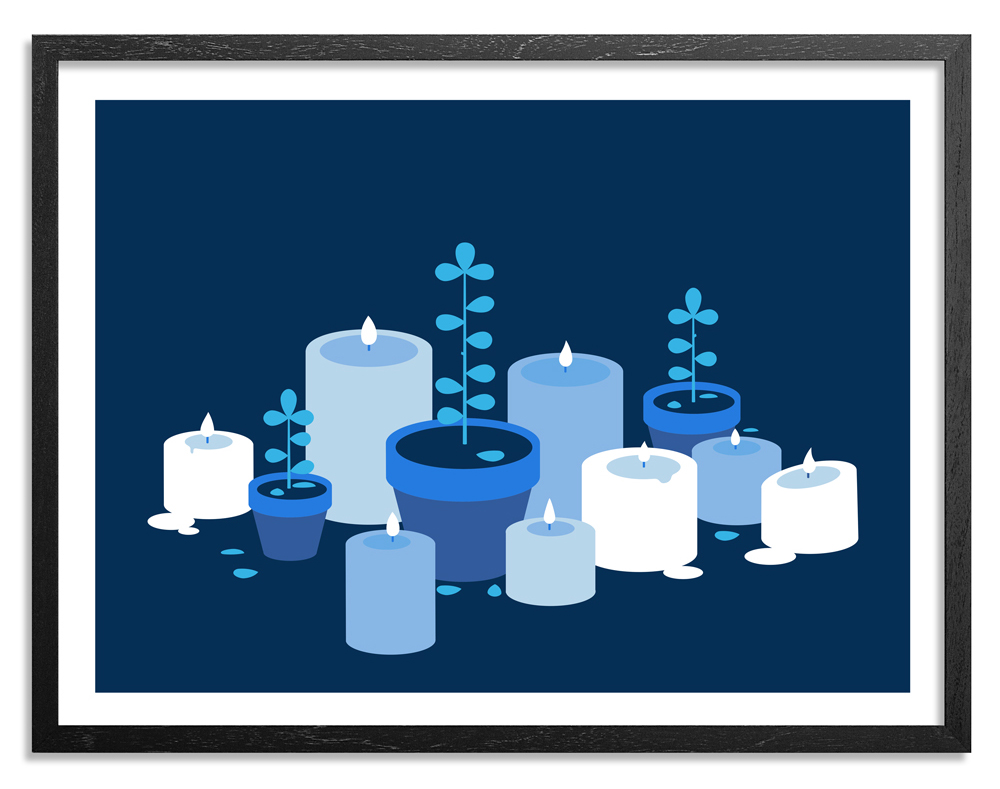 1x: How have you seen your style evolve over the years?
Jim Houser: It changes very slowly, I think probably to people’s disappointment. I don’t really make huge leaps or drastic changes. I suppose it got messier for a few years and then tightened back up again?

1x: What have you been listening to in the studio lately?
Jim Houser: I listen to Netflix without watching it, or mostly I listen to old episodes of the Ron and Fez Radio Show on an online archive.

1x: What have you been up to so far in 2016?
Jim Houser: I had a show at Thinkspace with Jeremy Fish, I did some skateboard graphics for Enjoi. Lately I’ve been taking a break from painting and have been making music again. 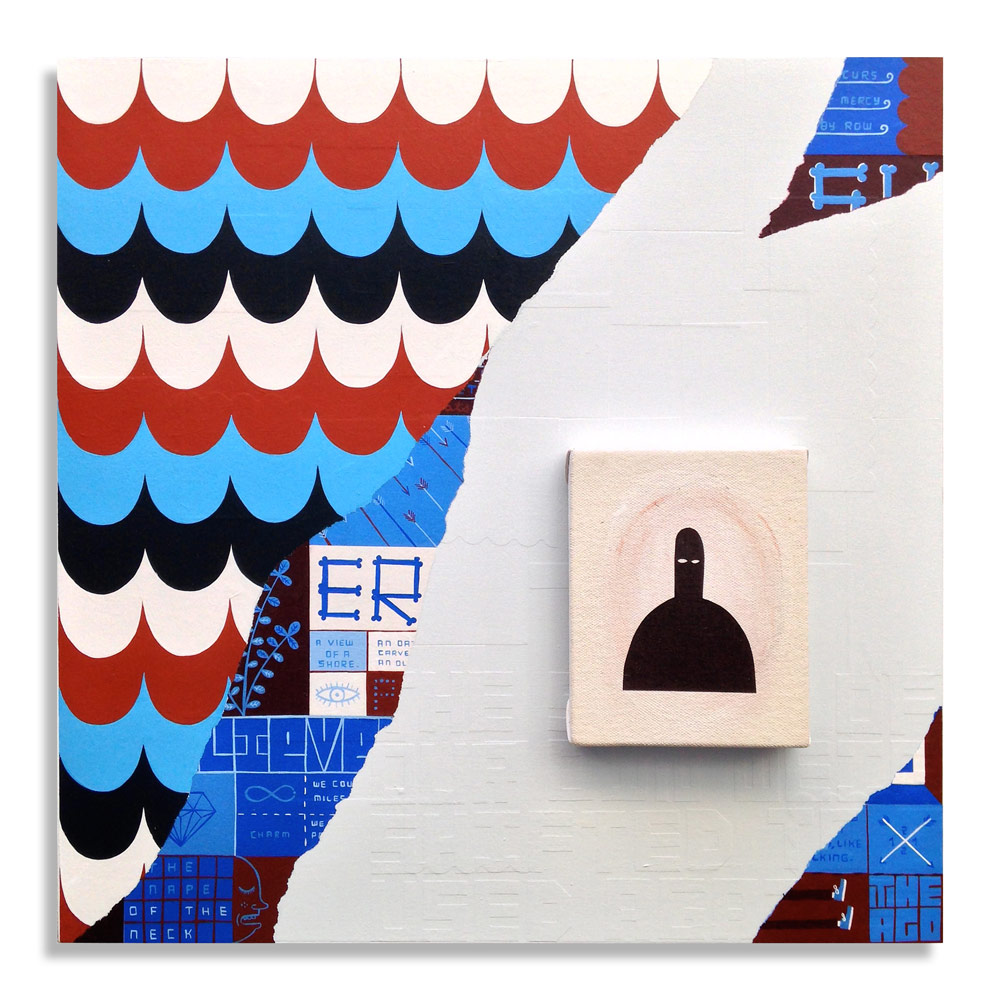 1x: What else is on the docket for you this summer and fall?
Jim Houser: More of the same, painting, making music, dad and husband stuff.

1x: Anything else we may have left out that you want to touch on?
Jim Houser: thank you for helping me make this print, I hope you guys like it.