We caught up with Detroit artist Marlo Broughton as to talk about the origins of his latest release and the inspiration behind newest pieces.  In these latest works, which created during last year’s Murals In The Market festival, Broughton pulls images from various subconcious dream states and blends them together into arresting works on paper.  Read on as Broughton takes us through his latest series…

1xRun: Tell us a little bit about this series of work?
Marlo Broughton: The title of this series is based off of my dreams. All of the images in this collection deal with something I’ve had in a dream at one point of time. The main figure is a fully covered being whom has a reoccurring appearance in my subconscious. Along with a few random objects such a Honey Bear and Mike Tyson.

1xRun: Were these pieces part of a recent theme, series or show that you had? If so how did they fit into that given grouping?
Marlo Broughton: They originally started off as studies. I’m working on a series that deals with my conversion to Islam in 2006.

1xRUN: What materials were used to create these pieces with?
Marlo Broughton: Watercolors along with fine point red and black in pen. 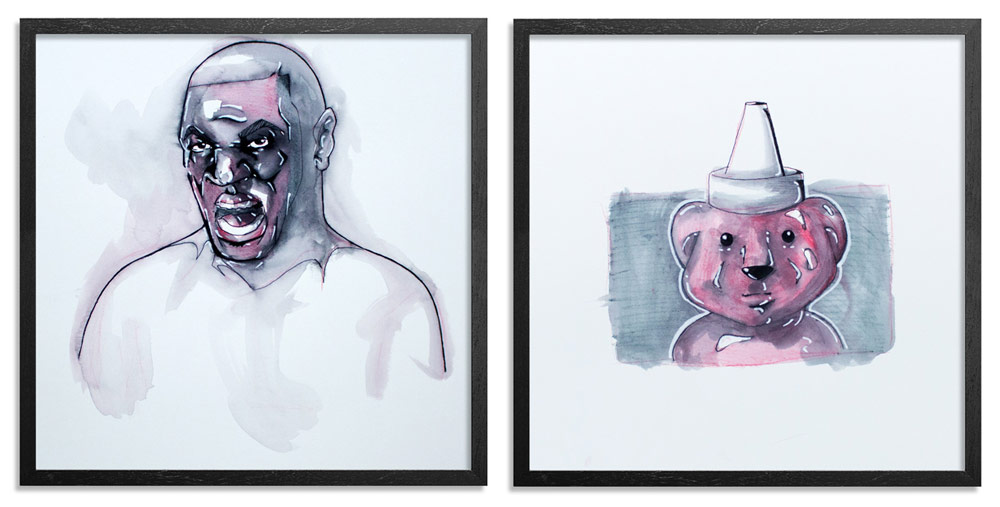 1xRun: When were these pieces created and how long did they take to complete?
Marlo Broughton: These pieces were drawn last year during the Murals In The Market Mural Festival. In total I did this series in a week. I was juggling a lot of things during that time and I was in the process of opening an H&M along with painting my mural. This flow of series came out of no where, I was probably trying to maintain my balance in some shape or form. 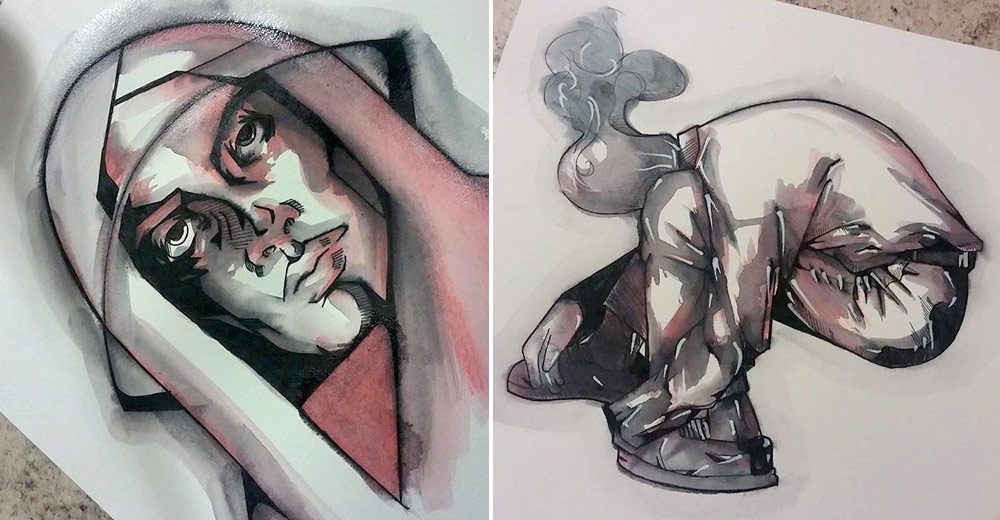 1xRun: Anything immediate you would like us to highlight?
Marlo Broughton: My favorite piece is the Mike Tyson. It symbolize my conversion and dealing with my mixed views of western society. The good fight. Of the day to day workings. 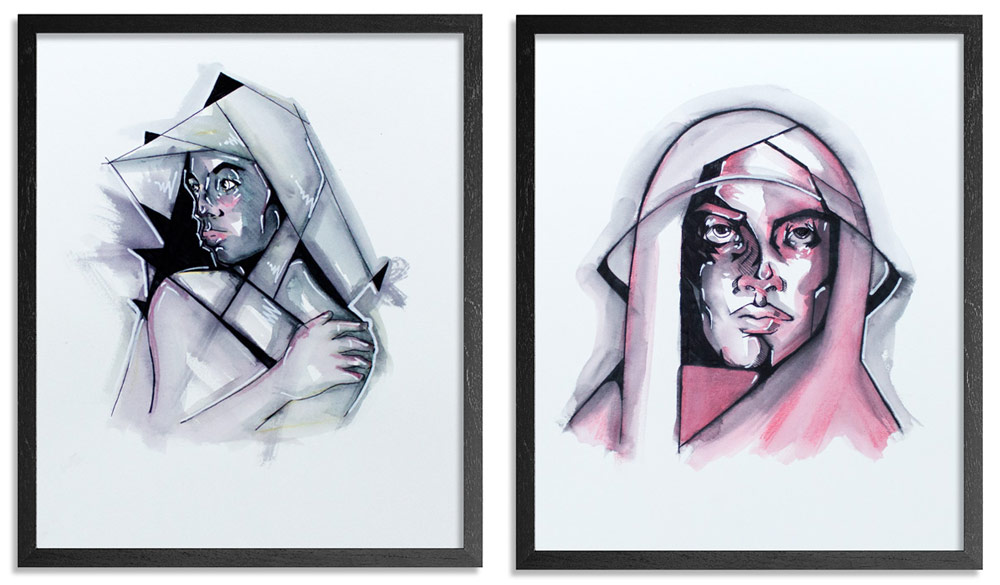 1xRun: What do you feel is unique about this series?
Marlo Broughton: The lack of color. 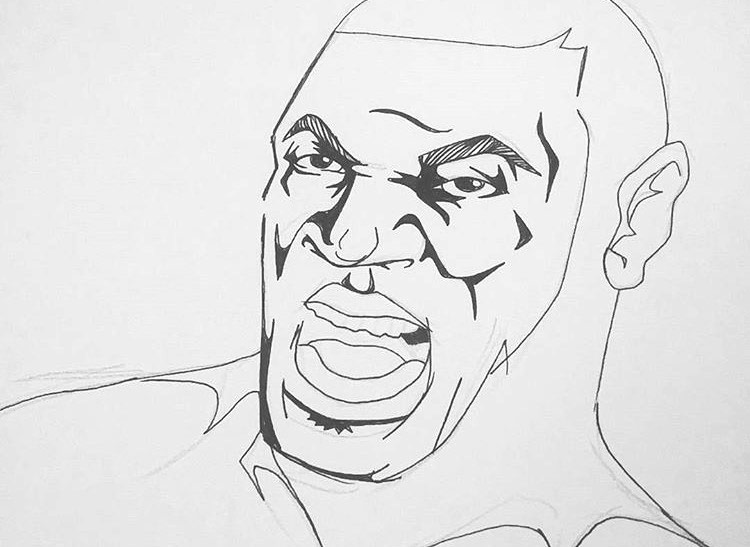 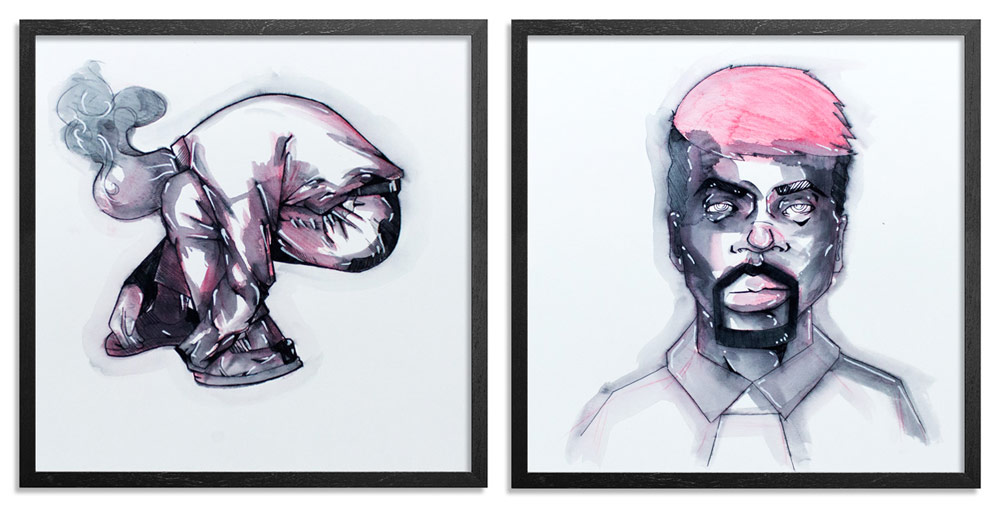 1xRun: As we start a new year, tells us a bit about some of your favorite moments from 2015.
Marlo Broughton: I don’t have a moment in particular that would be my favorite. I’m just thankful that people put me in positions of great opportunities and held on to their belief in me. So I am very appreciative to all of those who helped and guided the light. Such as being apart of Murals In The Market and the piano project for the DIA & Forward Arts. Nothing but love for them. 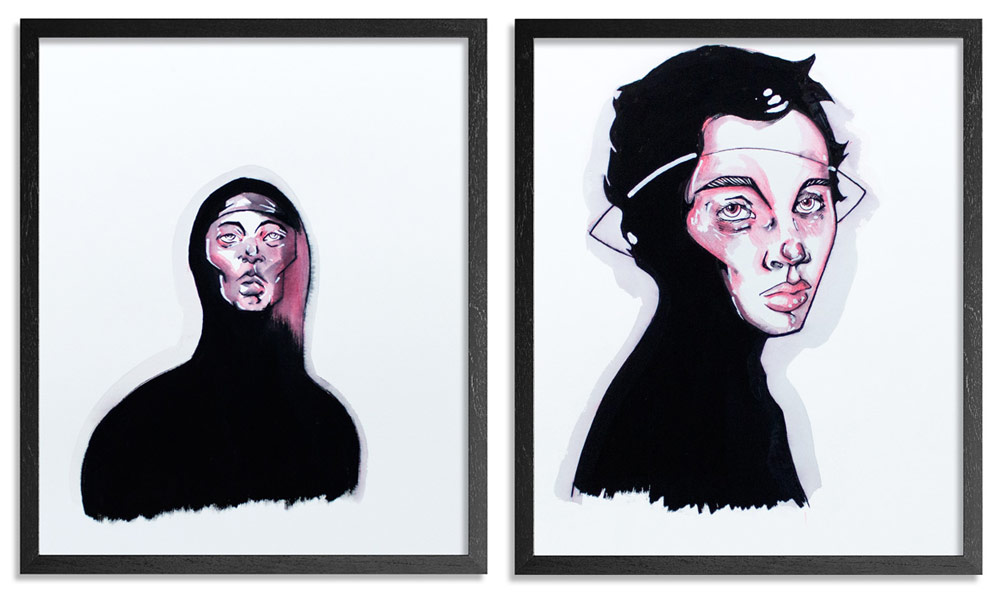 1xRun: What are your plans for 2016? Any big shows or events coming up that you’d like to share?
Marlo Broughton: 2016 has already started off full speed. I recently painted for the Turkish military in Istanbul. I have a duo show in May in Chicago and Detroit. I’ll be painting in KL & Jakarta and my biggest event will be my solo exhibition in London at the WHO? Gallery.

1xRun: Where else can people find you?
Marlo Broughton: Instagram@MARLOBRO

Celebrate one of the most important movements of t

Enrich your collection with sophisticated black &