Colorado-based artist Mike Giant returns with his latest razor sharp letterpress edition from his Slammed series. Based on a life-long love of lowrider culture, the multi-talented Giant creates a few of his favorite lowriders, real or imagined, in this latest batch of original artwork to go alongside his latest signature letter press. Read on to get more info on Giant’s latest release and snag a print or piece of original artwork here before they are gone…

1xRUN: Tell us a little bit about this piece, anything immediate you’d like to highlight?
Mike Giant:  This poster graphic was assembled using pieces from various drawings in a series I call “Slammed” featuring lowriders, guns and various other things. I moved to Albuquerque with my family in 1979.  It was there that I discovered lowriders.  I’ve been fascinated by them ever since, but never had one of my own.  Then last year I bought a 1984 Chevy Kurbmaster box van to play with.  I’m putting air bag suspension on it so the frame will sit on the ground when it’s parked.  As a result of this project, lowriders have been on my mind a lot more than usual lately so it should be no surprise that they’re also the subject of many of my recent illustrations.

1x: What materials were used on this piece?
Giant:  The individuals graphics were all drawn with Sharpie markers on paper from a damaged antique book that I salvaged.  The final drawings were scanned then the individual elements were reassembled for the poster graphic.

1x: When was the piece drawn and created?
Giant:  The majority of the work was produced within the first few months of 2016.

1x: Tell us how the idea and execution came about?
Giant:  First I collected images of vehicles that I liked from books and online.  Then I sketched and modified those vehicles to suit my own tastes.  I then scanned the sketches, assembled the elements in Photoshop then printed it.  I attached the print to the back of a clean piece of paper and inked the final drawing with the aid of a light table.

1x: How long did this piece take from start to finish?
Giant:  The individual drawings took months to produce.  The poster took a few hours to design.

1x: What is unique about this piece compared with some of your other work?
Giant:  I’m known more for bicycle imagery so it might come as a surprise to my fans that I’ve been drawing so many gas-guzzling death machines lately.

1x: Why should people buy this print?
Giant:  I think it would make a lovely addition to any gearhead’s home. 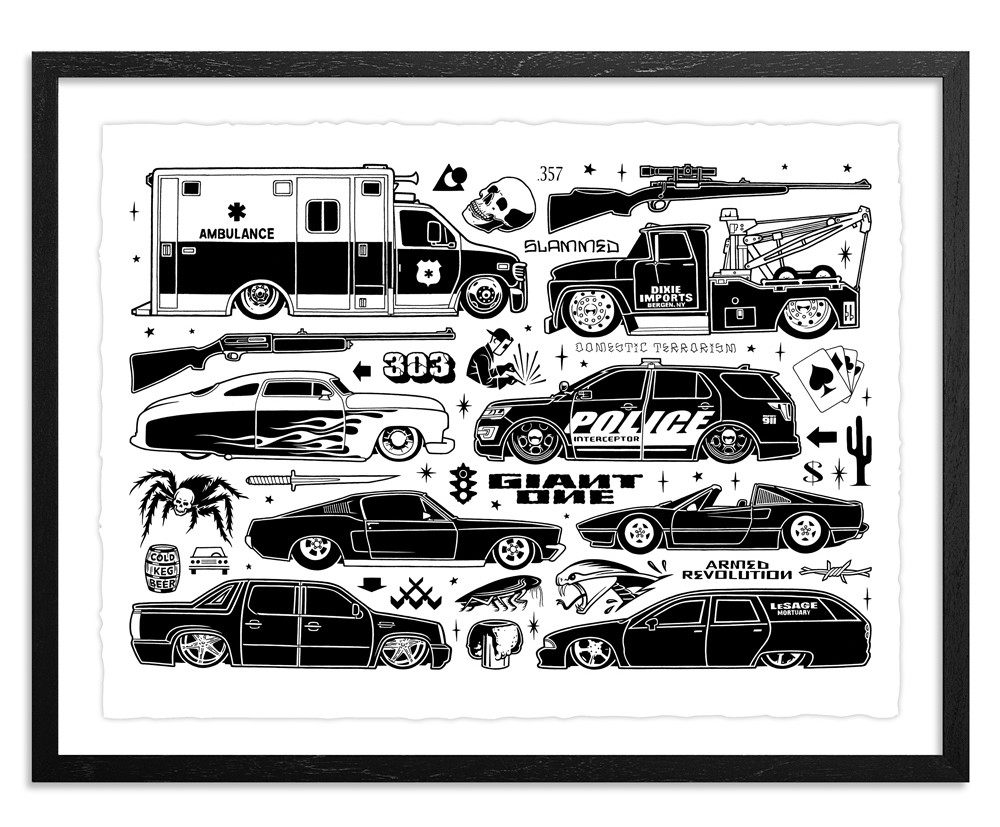 1x: You’re always staying busy, what have you been up to in 2016 so far?
Giant:  I’ve been doing lots of freelance jobs and private commissions as well as making personal work for upcoming gallery shows.  I’ve also been tattooing a few times a week.  Nothing new I suppose.

1x: We’ve got an upcoming exhibition with you here in Detroit this November, without giving too much away what can fans and collectors expect?
Giant:  Lots of drawings, not sure what the subject matter will be yet.  I’d love to draw on the walls of the gallery while I’m there.  I’ll bring some posters too. 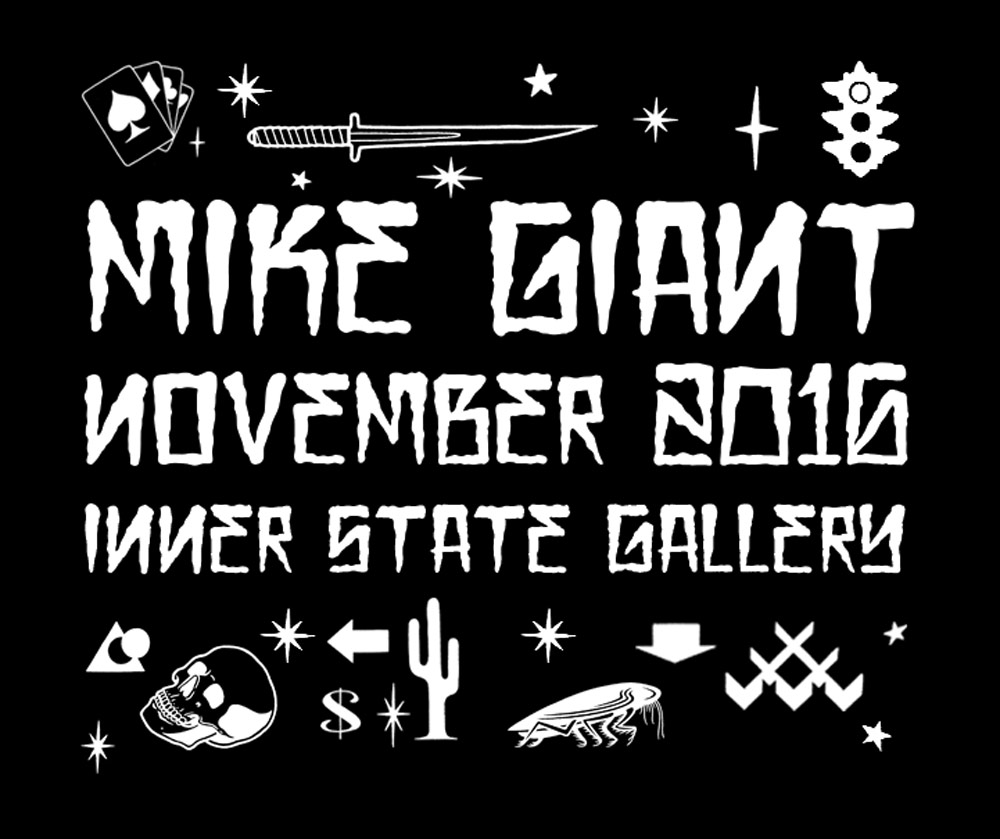 1x: You have a tireless work ethic, what are some of the things you try to do in order to keep pushing yourself without staying complacent with your work?
Giant:  Smoking cannabis has always helped get me motivated to work in the studio.  I also spend a lot of time in used bookstores digging for inspirational material.  Music is a real motivating force too so I’m always on the hunt for new sounds as well.

1x: What strides do you feel you’ve made recently with your work?
Giant:  At this point it feels like I’m just continuing to refine my technique.  No big changes.  Just steady improvement.

1x: Do you have any upcoming events or shows that you’d like to mention?
Giant:  I’m doing a solo show at Blackbook Gallery in Denver on May 21 and another one at ATAK in San Francisco in September.

1x: Anything else else that we didn’t touch on?
Giant:  I really hope Bernie Sanders is our next President.

1xRun: Where else can people find you?
Mike Giant: Website – Instagram@giantrebel8 + @rebel8