Moritz Green (aka ‘Golden Green‘) is mostly famous for his hard-edge abstractions and odd arrangements of graffiti elements. Out of the well-known visual vocabulary of the genre, the artist formulates an enigmatic and independent language on walls, canvases and prints. Gazing his oeuvre opens the door to a surrealistic and retro-futuristic landscape, filled with subtle pastel colors, organic shapes, and fragments of materials and architecture. The Hamburg, German artist is a founding member of the European artist collective Ultraboyz.

In an exclusive interview, the artist spoke to 1xRUN about his new screen print editions, dropping Tuesday, November 19.

1xRUN: Tell us a little bit about this piece, anything immediate you would like us to highlight about this image?
Moritz Green: It’s a screen print set of two images: One in Darkness. One in Light. The titles refer to “The Ballad of Mack the Knife”:

There are some who are in darkness
And the others are in light
And you see the ones in brightness
Those in darkness drop from sight.

I always liked the verse since I heard it the first time and I thought it fits good to the series of the two. 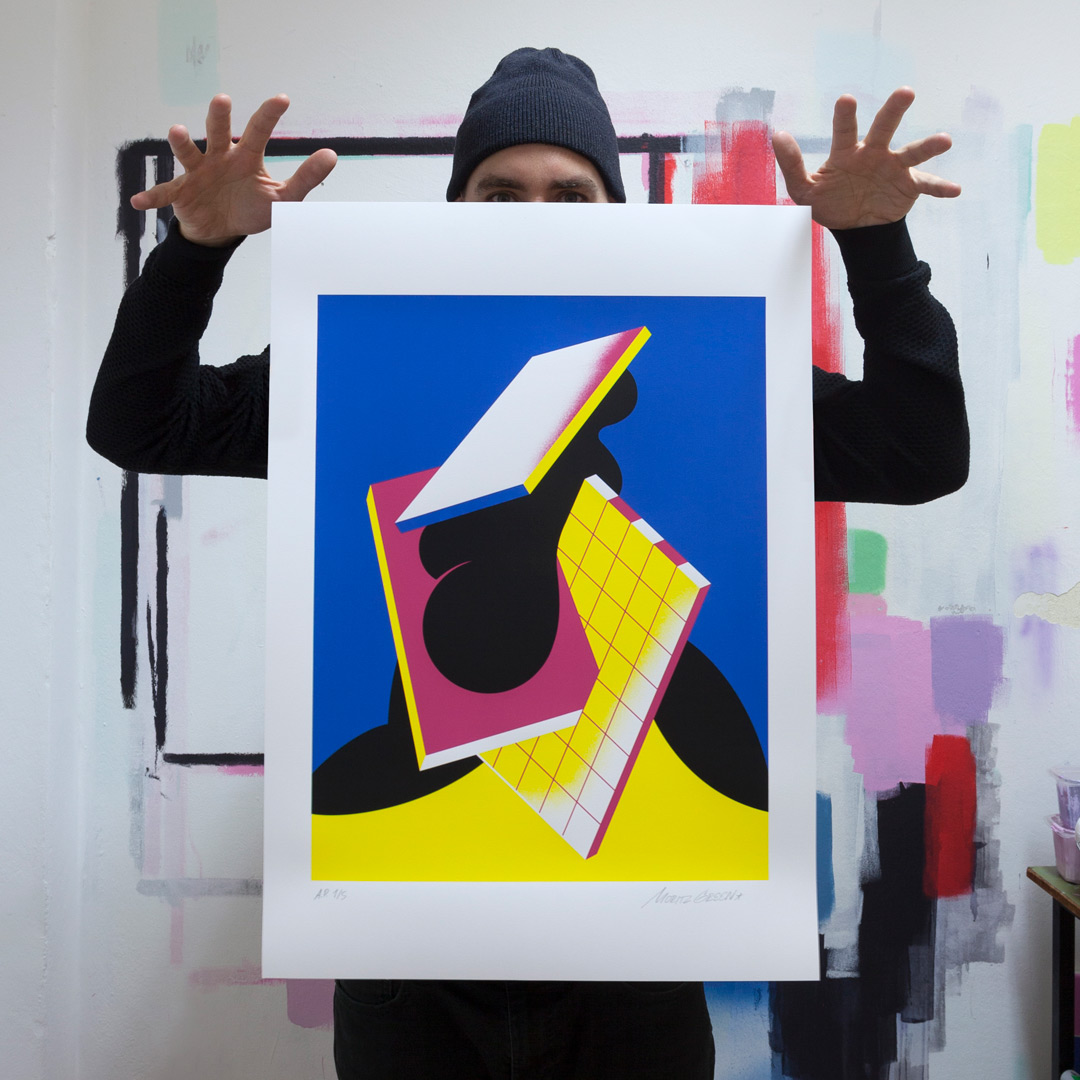 1x: Was this image part of a recent theme, series or show that you had? If so how did it fit into that given grouping?
Moritz Green: I generally like the contrast of organic forms against or in between hard edges. For me the organic forms represent indomitable life and hard edges symbolize material, devices or architecture. A human being living in the city perfectly represents this contrast. Even though my work seems to be abstract on first sight there’s mostly an indeterminable figurative component. That evolves to be a constant theme in my work.

1x: What materials were used to create this original piece?
Moritz Green: It’s a screen print edition created not too long ago. In the beginning of 2019.

1x: Tell us how the idea and execution came about for this image?
Moritz Green: Like always. I sketch. With the pen. And then if I like something I make the final drawing on the computer. Usually during the process I suddenly see something in my abstractions. Then I try to manifest this thought within the title of the work. 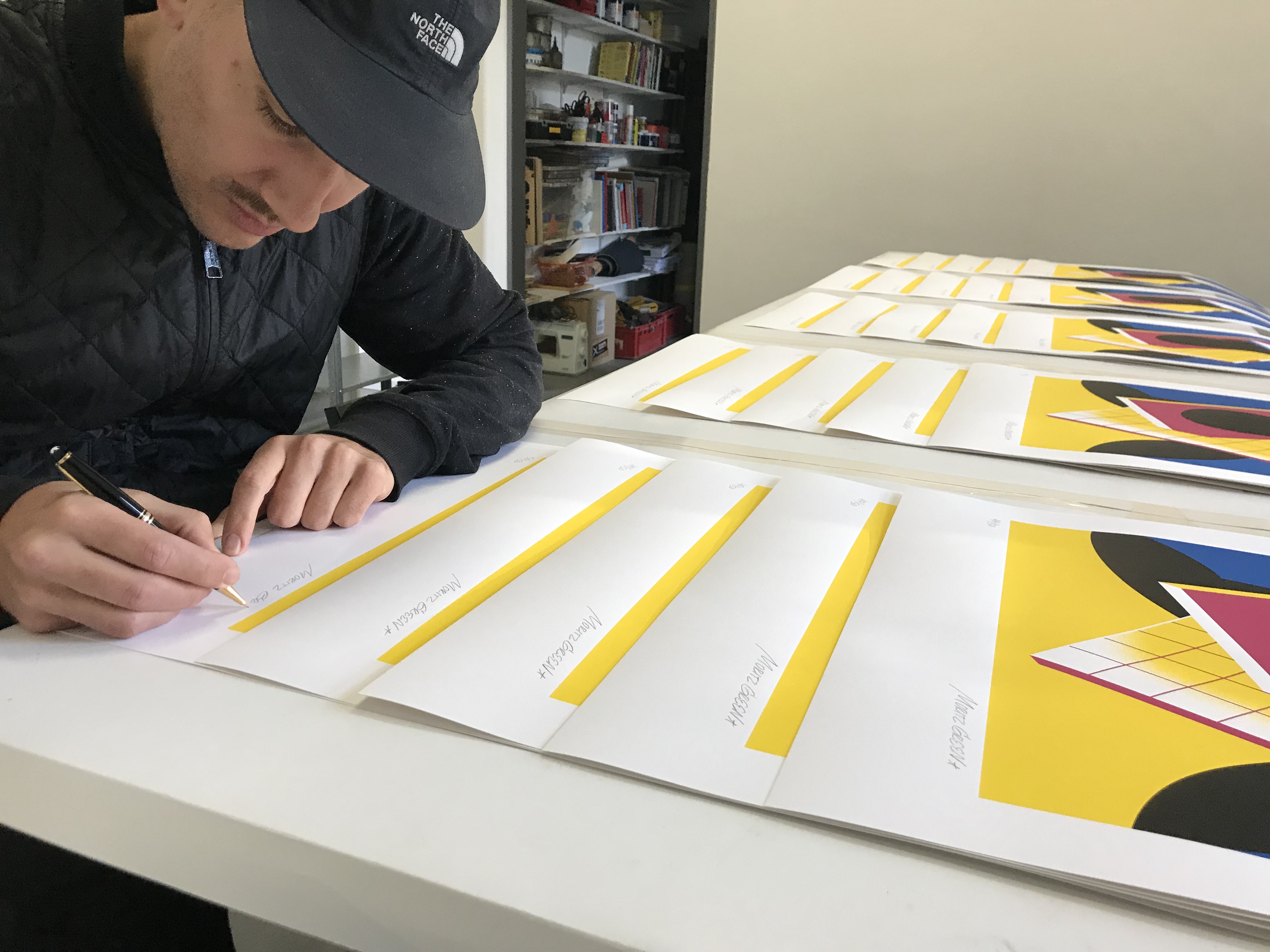 1x: How long did each of this image take to create from start to finish?
Moritz Green: The idea popped up and got sketched quickly. The refinement took some days (and is somehow never really finished.) In this particular case the selection of the colors took longer because I took primary colors. Red, Blue, Yellow. Usually I take more pastel colors but it just didn’t work out with this prints.

1x: What is unique about this piece compared with your other work?
Moritz Green: The composition of forms is always unique in my artworks.

1x: Why should people buy this one of these prints?
Moritz Green: Either you get touched by a piece of art or not.
If you get attracted by one of my prints and you have the money to afford it then just do it. Support me like why not?! 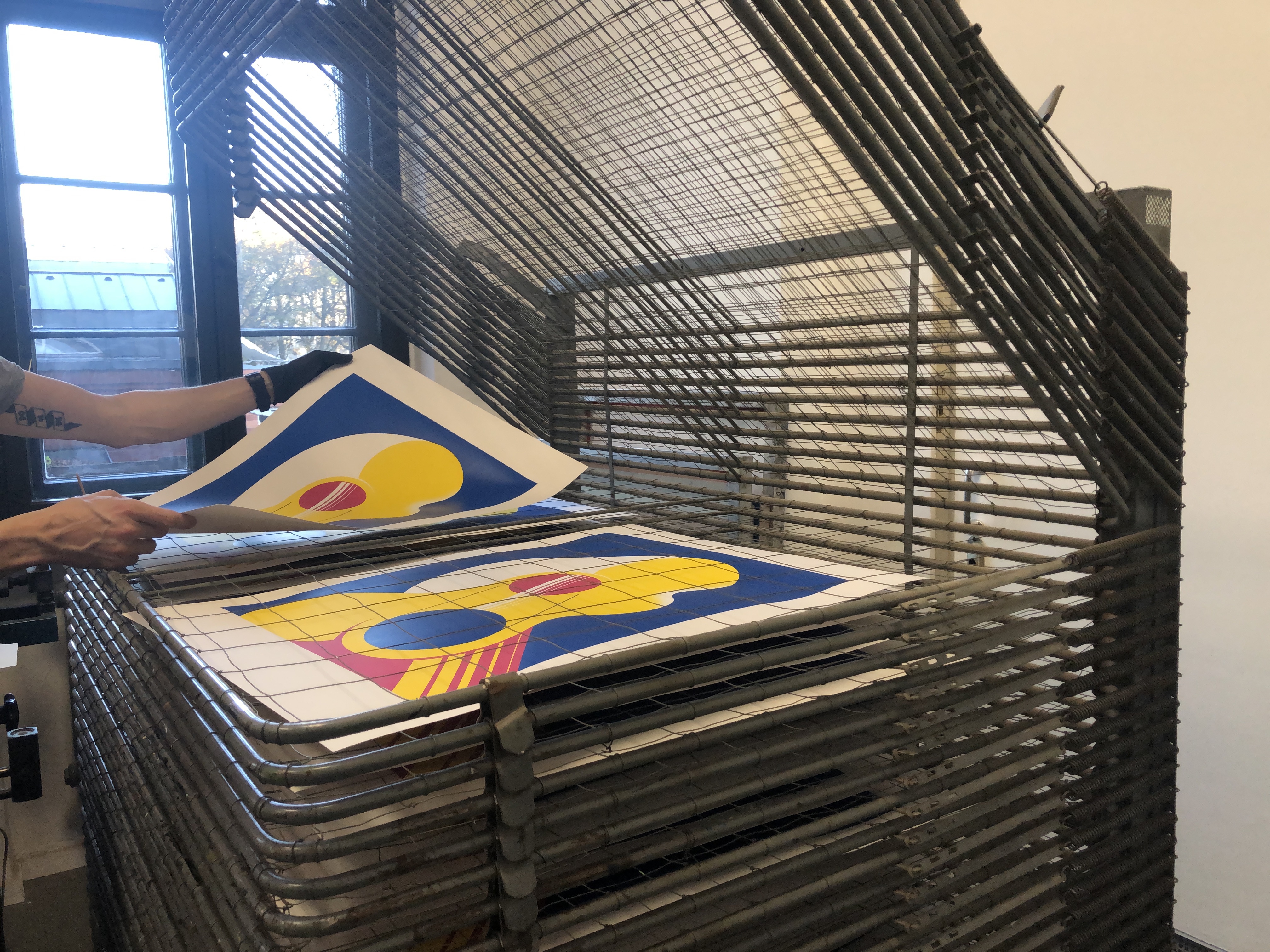 1x: When did you first start making art?
Moritz Green: Perhaps when I was 3 years and painted whatever came out of my head. Without any filters. Without any limits. I never wanted to be an artist though. It somehow happened to me. In 2012 I took some time off my previous life and decided to move on as a professional artist.

1x: What was your first piece?
Moritz Green: I did my first Graffiti piece in 1991 at the age of 12 on a canvas during the first Graffiti related exhibition in Germany in the Altona Museum, Hamburg. Later I stumbled into the art world by producing silkscreen prints.

1x: What artists inspired you early on?
Moritz Green: At first it was Graffiti writers from my city. Now it’s still Graffiti writers but also painters, musicians, actors, authors from all over the world. 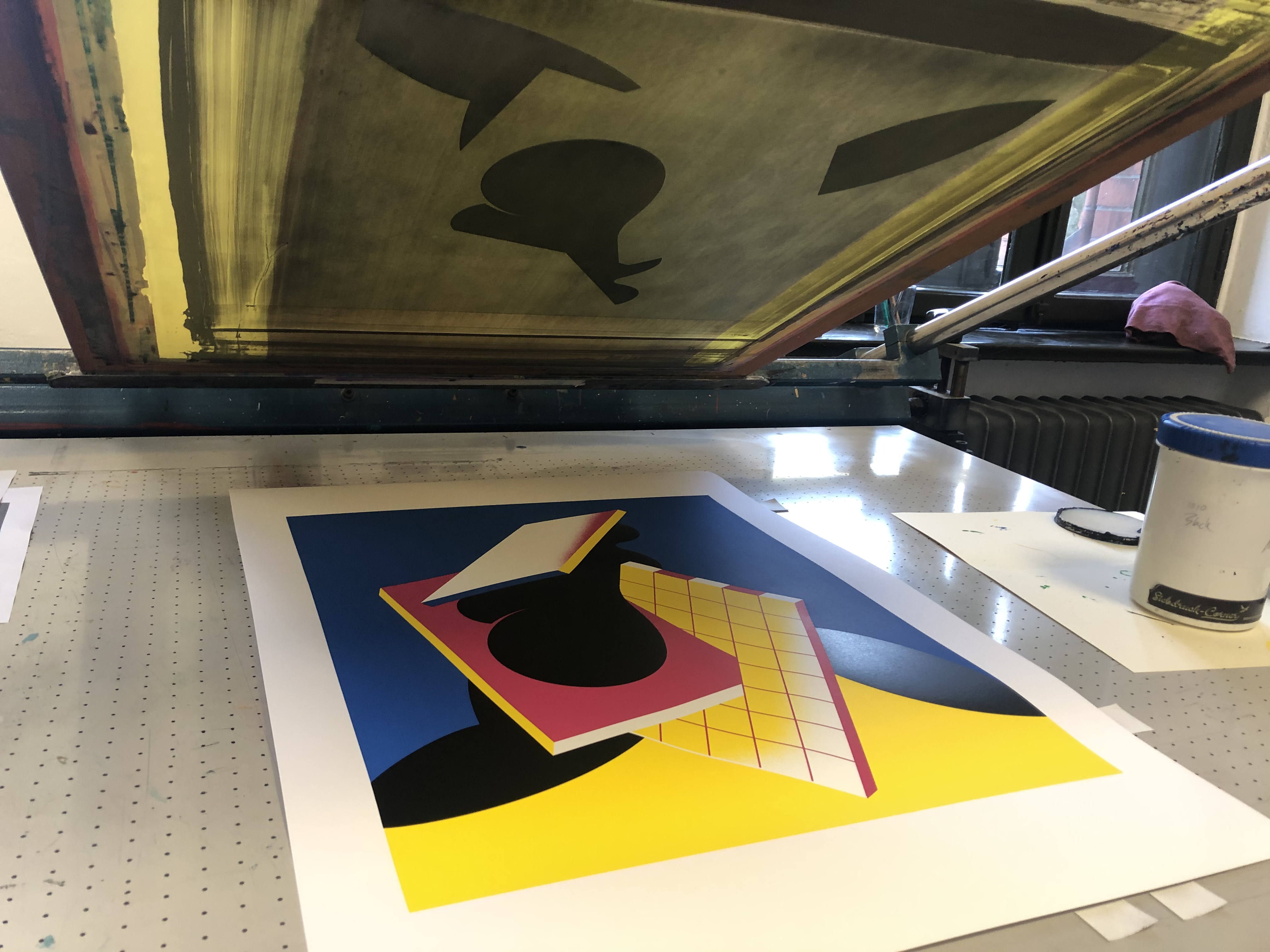