As the migrant crisis at the United States border continues to be a political lightning rod for Donald Trump and the GOP, American artist Ron English and Canadian artist Denial have teamed up to jab the president’s “Build The Wall” campaign promise with their own walls. Each artist has installed Welcome Walls separating the United States from Canada, facing each other across the Detroit River.

Read the full story in the Detroit Free Press!

The contemporary artists, both known for their abilities to flip the script on corporate messaging and propaganda in their work, draw attention to immigration politics in America and especially Michigan, which has the second highest rate of arrests of immigrants by ICE agents in the United States.

“Borders are man-made, arbitrary concepts, and the idea of putting up a border to keep Canada out kind of extends the conversation. We’re also doing a wall on the other side of the border, so Americans can see what it feels like for Canada to say, ‘stay the fuck out of our country, our free health care, and our better society’.”

–Ron English in a statement for 1xRUN

Facing Ron English’s wall across the Detroit river is Denial’s installation, located in Windsor, Ontario’s McKee Park. Denial’s wall is two sided: facing inland is “That’s Wall Folks!”, imitating the classic Looney Tunes outro, and on the other side is one of English’s banners reading “Welcome to the U.S.S.A.” facing the Detroit skyline. 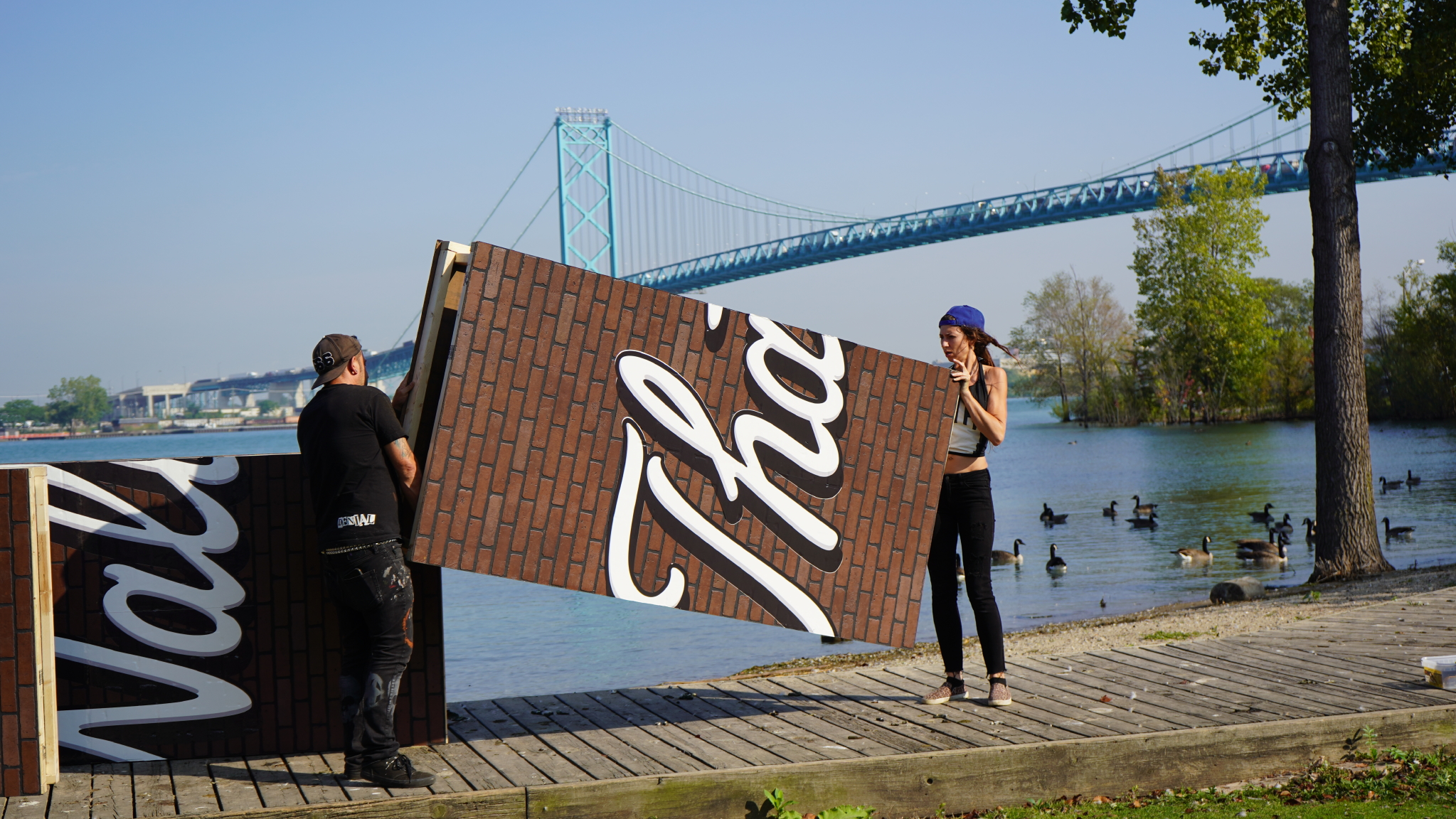 “What we’re talking about is that no border in the United States feels safe. Putting the welcome wall here in Detroit as well as in Canada helps tell that story … This is an opportunity for us to participate in a larger story and to use the platform of Murals in the Market to talk about some of the feelings that artists are having about our political environment.”

The “Welcome Wall” project is the first installment as part of the Murals In The Market Festival. On Thursday, Ron English will bring his Wall to Wall Popaganda Detroit Pop-Mart Tour Stop to Eastern Market HQ. Don’t miss out on this rare opportunity to meet the artist – RSVP on Facebook here.

Check out exclusive photos of the installation-in-progress below: 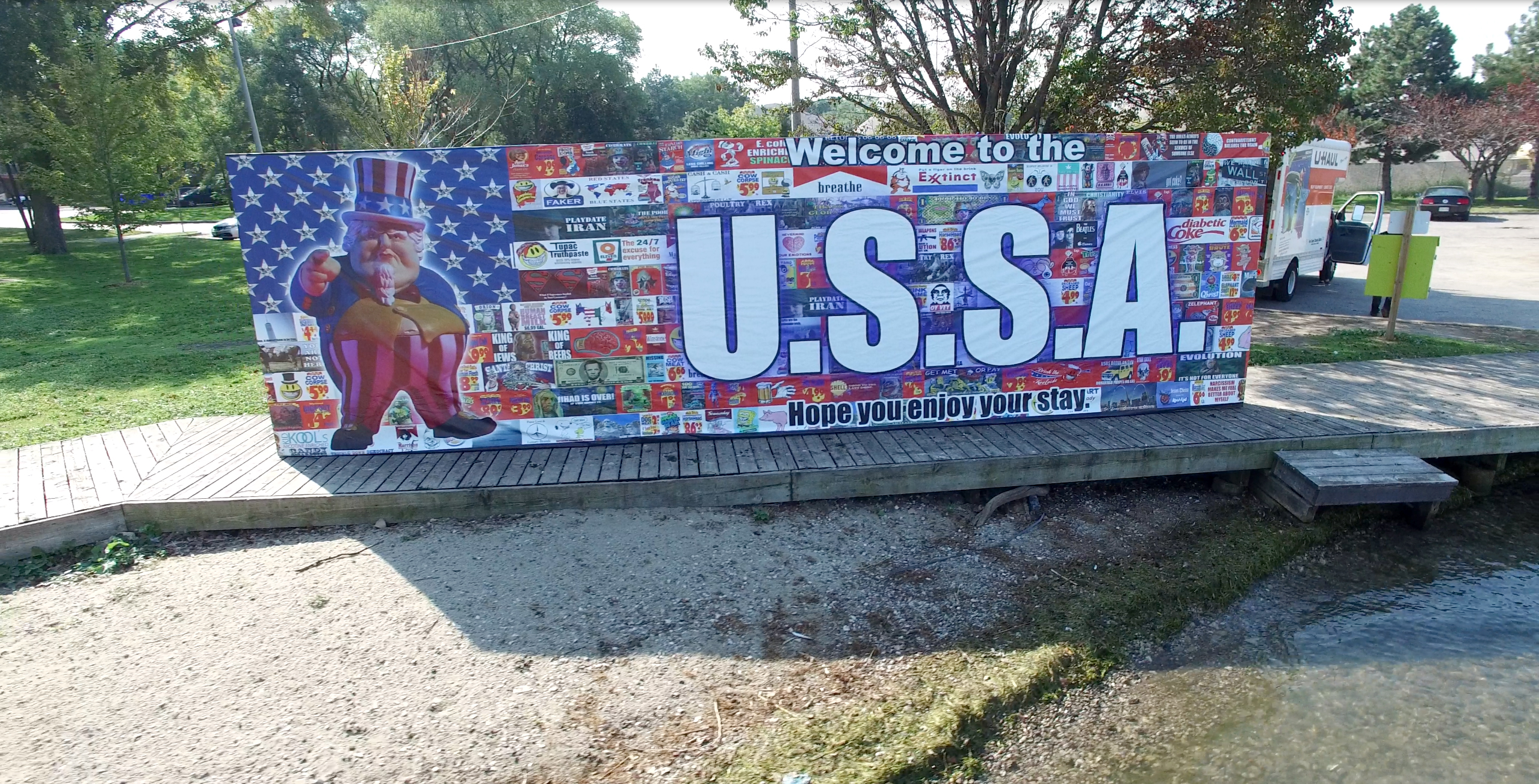