Detroit artist Sheefy McFly pays homage to the legendary Keith Haring in his latest series Detroit Party. Drawing inspiration from a trip to New York to see Haring’s work in person, Sheefy brings the energy to Detroit highlighting his personal look into music and culture in the city. Read on as Sheefy give us the story behind Detroit Party. . . 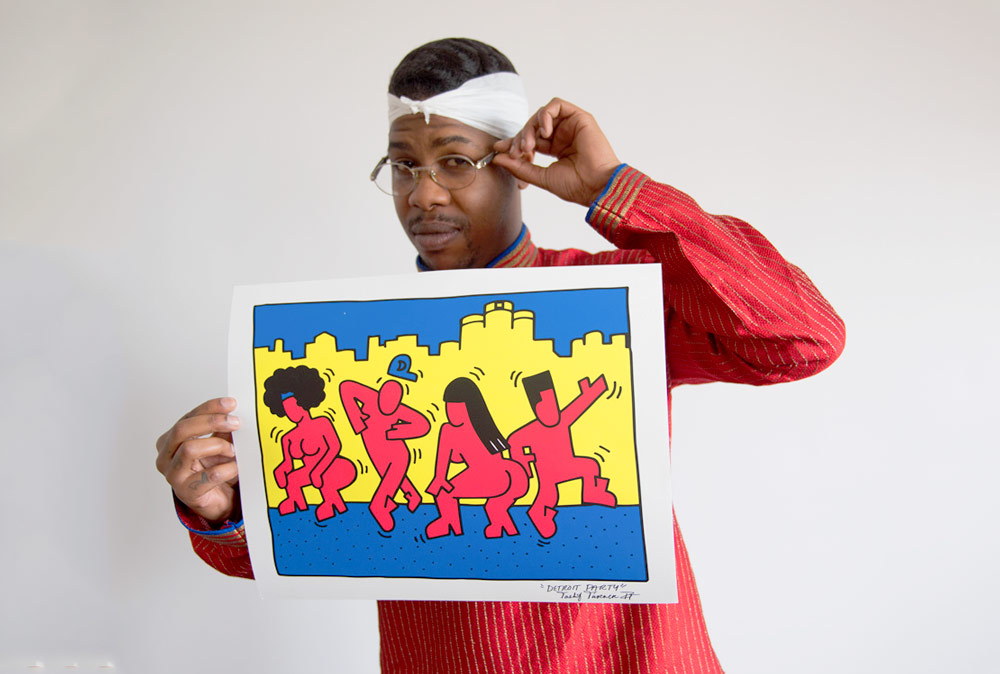 1xRUN: Tell us a little bit about this piece, anything immediate you would like us to highlight about this image?
Sheefy: “Detroit Party” illustrates the Detroit nightlife with bold primary colors inspired by Keith Haring to capture Detroit culture in a global fine art tone with a inner city twist.

1x: Was this image part of a recent theme, series or show that you had? If so how did it fit into that given grouping?
Sheefy:  This piece is a part of a series of drawings and paintings I’ve been doing for the last two years inspired by Keith Haring to illustrate the Detroit music and art culture as well as personal emotional tribulations.

1x: When were these originally drawn and created? What materials were used?
Sheefy:  I drew all of these in my room a week ago during the weekend. The original works were created with black India ink and pencil on fine art paper. I have one painting in this collection I used acrylic on a wood panel.

1x: Tell us how the idea and execution came about for this image?
Sheefy:  This series started when I went to New York a few years back and seen Keith Haring’s work in person, I was inspired and blown away. One day I was having fun in my sketchbook drawing my own Haring inspired pieces and posted them on Instagram and people really liked them. So I decided to push it further and create prints and paintings with my own narrative and style using Haring’s style as a foundation.

1x: How long did each of this image take to create from start to finish?
Sheefy:  I honestly didn’t take too long on the sketches probably a hour each….. The painting took two hours, three hours tops.

1x: What is unique about this piece compared with your other work?
Sheefy:   What’s so unique about Detroit Party is that it’s a style that everyone can enjoy because of the familiar Keith Haring inspired style. Also having Detroit symbolism such as the Renaissance Center in the background, and the characters doing signature Detroit dances such as jitting and twerking. It brings a electric Detroit energy.

1x: Why should people buy this one of these prints?
Sheefy:  People should buy this print because it’s makes you want to party. It captures the essence of a Detroit party and it give me a chance to spread the legend of Keith Haring’s style to unknown art lovers with this series.

1x: Describe this image in one gut reaction word.
Sheefy:  The one word I’d use to describe this series is “HOMAGE”. 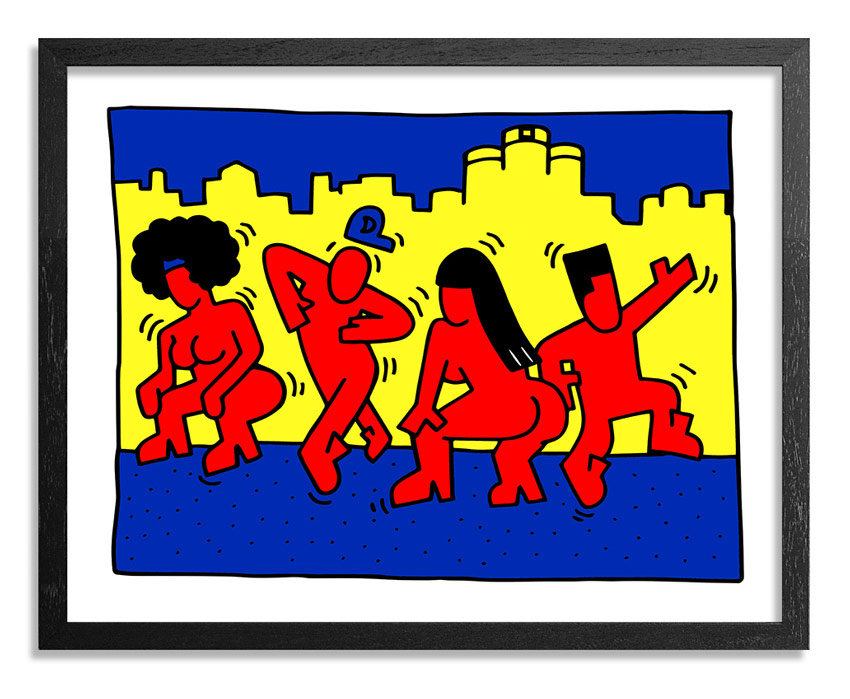 1x: What have you been up to over the last few months, any recent shows or exhibitions that you had?
Sheefy:  I just had a recent fashion exhibition named “DCNSTRCT CHAPTER 1” collaborating with FirstClassCommittee, when we created 13 hand painted and hand sewn garments. As of now we have 10 out of 13 pieces sold.

1x: What are some of the ways you have been trying to push yourself with your work over the last year?
Sheefy:   I’ve been trying to push myself to create bigger and more professionally. Really taking the time to invest my own money and sit back and plan out artwork to foresee great execution.

1x: What was the last piece of art that you bought?
Sheefy: The last piece I bought was a drawing from my nephew Davin.

1x: Do you have any big shows or events coming up that you’d like to share?
Sheefy: As far as events right now I’m planning a few parties and exhibitions in Detroit during the summer and fall.