British artist Tom Bagshaw is back with The Binding, dropping his latest print to coincide with the 1xRUN 2018 Halloween Print Suite! Drawing inspiration from Bagshaw’s ongoing Dark Kingdom series, this piece was created specifically for 1xRUN as part of this year’s Halloween celebration. One of Bagshaw’s more challenging pieces, The Binding began on his Patreon page, with fans seeing first look process shots, ideation and more in a behind the scenes look. Read on as Tom Bagshaw gives us the rundown behind his latest edition, The Binding. . .

1x: Was this imagery part of a recent theme, series or show that you had? If so how did it fit into that given grouping?
Tom Bagshaw:  ‘The Binding’ is related to my Dark Kingdom series which I have developed specifically for my Patreon page, a series of works about the underworld and its inhabitants. This piece was a response to two early Dark Kingdom pieces, The Summoning and The Summoning- Envoy (shown below), the connection between the two planes of existence. I was also really pleased to be able to do this specifically for 1xRUNs Halloween print run!

1x: What materials were used to create this original work? How long did it take from start to finish?
Bagshaw: The Binding is digitally painted using a combination of Corel Painter, Photoshop and Artrage, they’re pretty much my default apps for everything I create! I can’t honestly remember how long exactly, it threw up a lot of challenges for me while I was creating it so I know it took me longer than I anticipated!

1x: When was it originally drawn/created? If it was part of a larger continue series when was that begun?
Bagshaw: I started doing some initial sketches for this piece at the beginning of September 2018 and then actually managed to get into the work properly a couple of weeks later. My Dark Kingdom series- which this is related to- was something I started thinking about quite some time ago, early 2017 or so. I had done a couple of pieces in the series but the plan was to be able to link it to a Patreon page so I could share more than I normally do on social networks, process shots, early development and sketches etc. I didn’t get around to sorting that out till 1st July 2018!

As I say, this piece is related to my Dark Kingdom series of works but not actually part of it, I want to be able to do works outside of the project, some like this – that are linked in some way but others that are completely separate. It gives me a chance to work themed shows or really anything that takes my fancy!

1x: What is unique about this piece compared with your other work?
Bagshaw: I really love the colour palette in this piece, Ive done a few monochromatic pieces over the years but this one was originally intended to be in full colour, I started adding what I thought would be the final colours in and after awhile I ditched it, bringing it back to a more subdued scheme which worked far better. 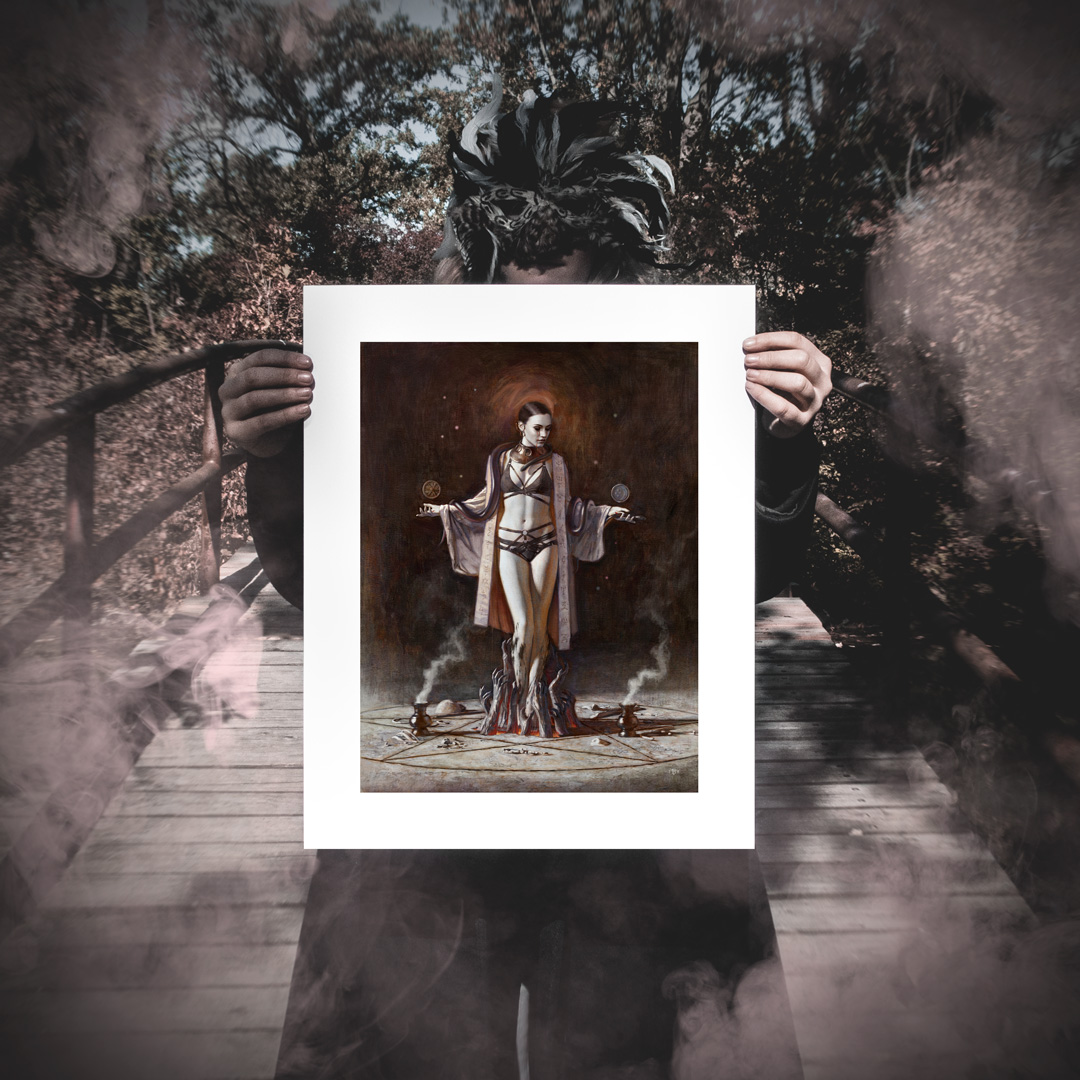 1x: Why should people buy this one of these prints?
Bagshaw: What better time to buy something like this than Halloween?! 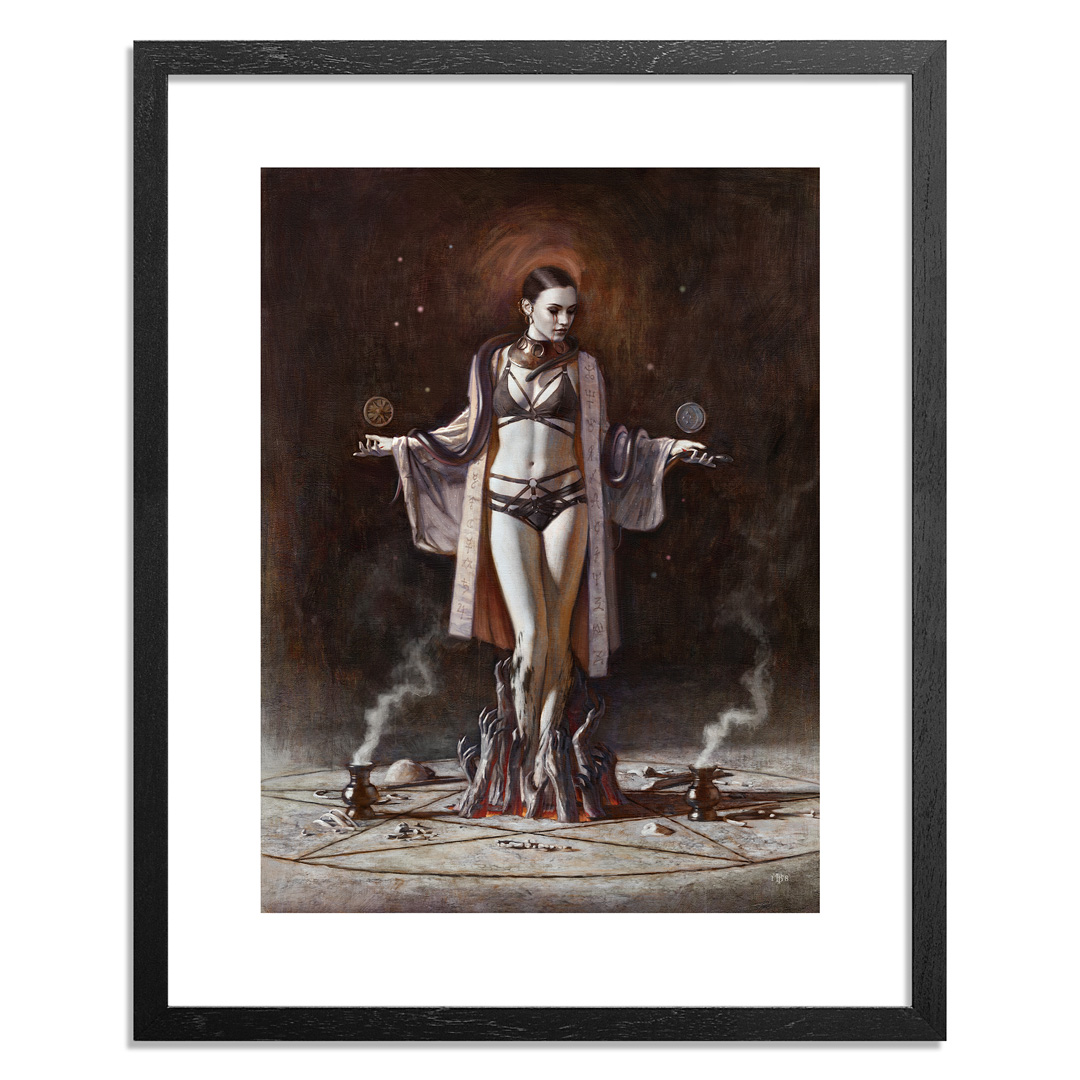 1x: It’s been a while since our last release with you, bring us up to speed on what you’ve been up to?
Bagshaw: Our family went through a particularly crappy time at the end of 2017, the after effects are still on going, it took me a long time to be able to get back to work and I can’t thank everyone enough for their support! Getting back into work after such a rough time was harder than I thought but it didn’t take too long before I could get back into the flow of things. In among the usual group shows I was finally able to get my Patreon page up and running, something that had been on hold for a really long time. Its allowing me to explore a more cohesive body of work, something ive felt has been lacking over the last few years.

1x: What are some of the ways you’ve been trying to push yourself with your latest work?
Bagshaw: I love doing portraiture and figurative work but I have been wanting to do some more landscapes, environments and darker characters, my Dark Kingdom series is allowing me to accomplish that. 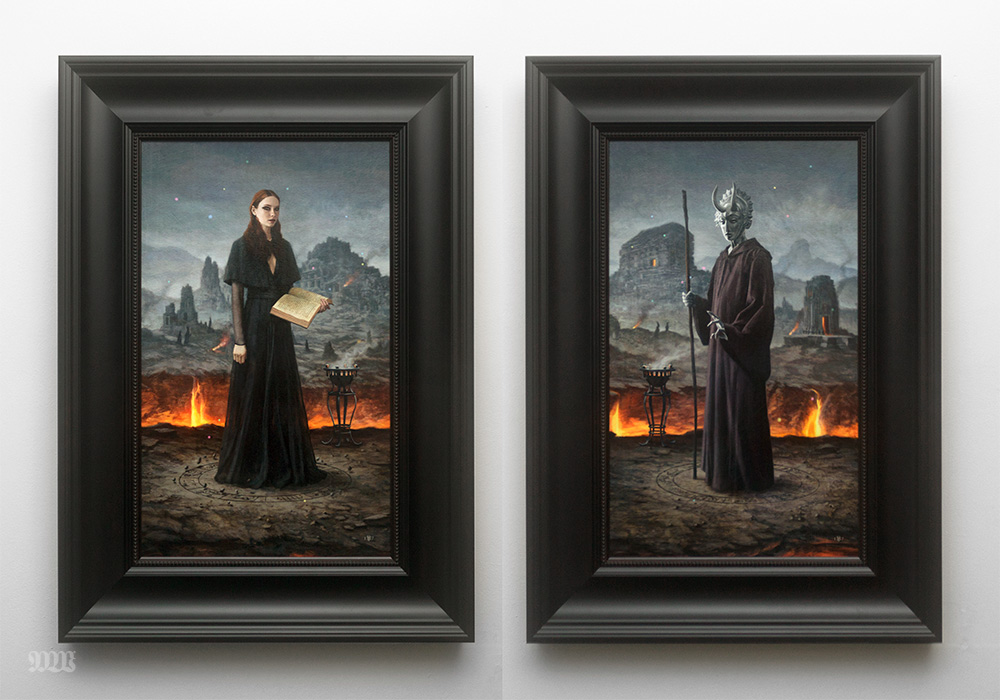 1x: What are some of the strides you feel you’ve made in your new work?
Bagshaw: Honestly, I feel like im relearning a lot, my workflow has been improving (I think) and im taking more techniques from traditional painting and applying them in my own digital format. Sometimes more successfully than others, as I say- it feels like learning what techniques I can combine from both traditional and digital media.