Yumiko Kayukawa grew up in the small town of Naie in Hokkaido, Japan. In these pristine, natural surroundings, she found her love of animals and nature which later became an important theme of her work. As she grew up, Yumiko drew inspirations from American pop culture such as Rock & Roll, film and fashion. These influences are fused with modern and traditional Japanese motifs to create her unique style. 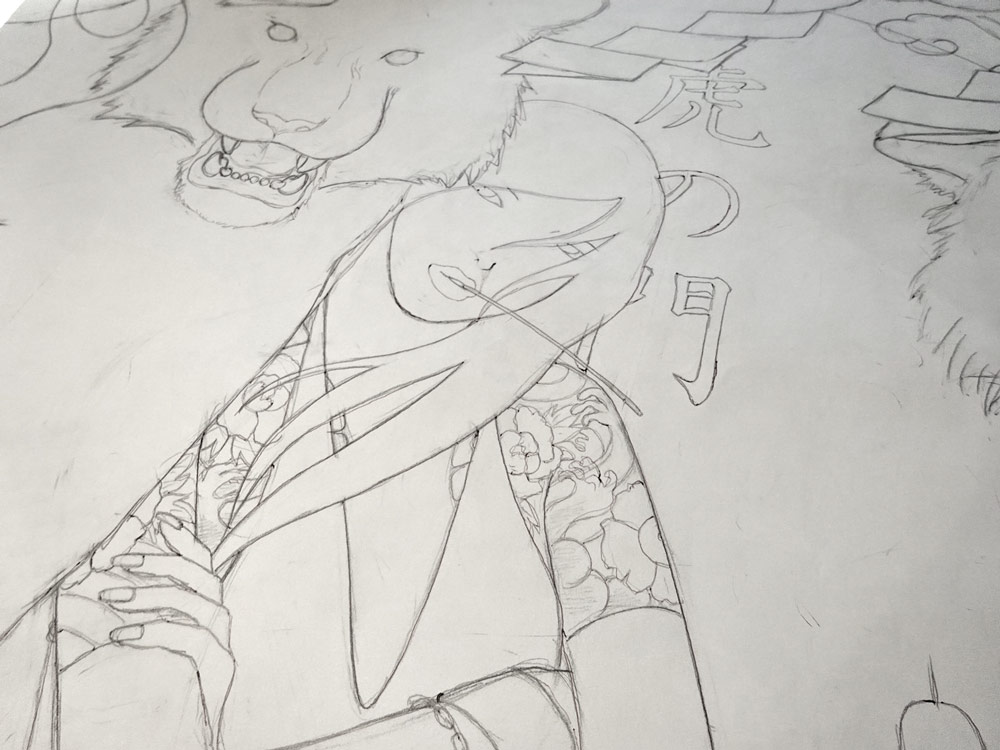 1x: Tell us a little bit about this piece.
Yumiko Kayukawa: This is the piece named “Tiger Gate”, in Japanese it’s called TORANOMON. I wonder if it would sound more familiar to you if you’ve ever visit Tokyo?

1x: Was this piece part of a recent theme, series or show that you had? If so how did it fit into that given grouping?
Yumiko Kayukawa: This painting was made for a non-themed show in 2009. Like many of my other paintings, it’s one of an ongoing Samurai drama series. 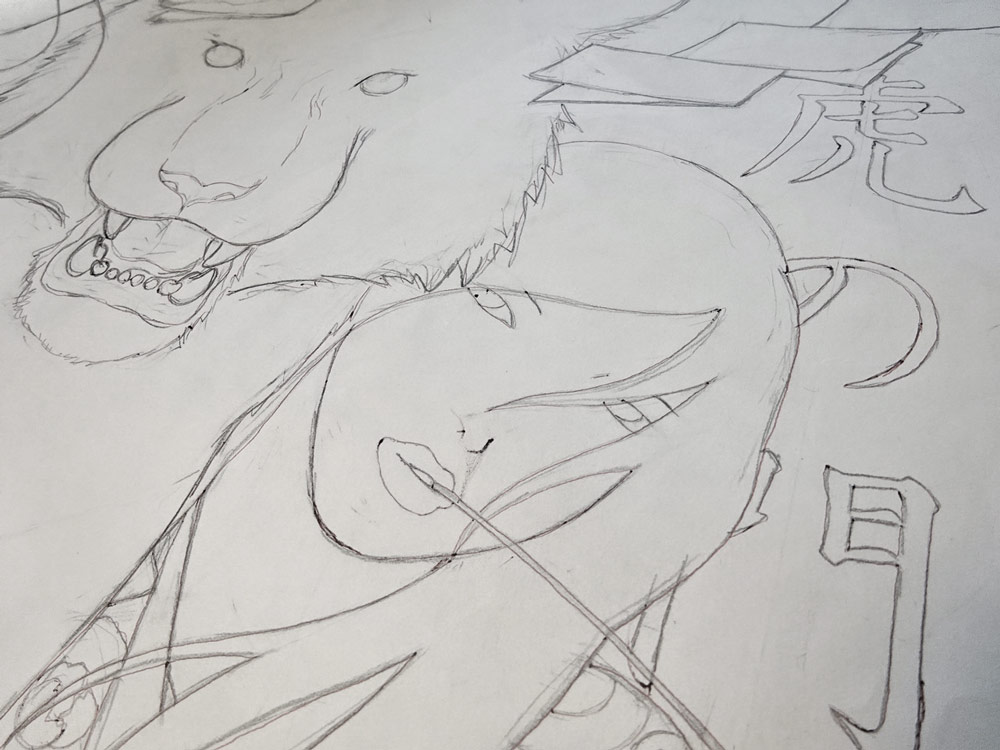 1x: What materials were used to create this piece with?
Yumiko Kayukawa: It’s Acrylic and Ink on canvas.

1x: When was this piece created and how long did it take to complete?
Yumiko Kayukawa: It was done back in 2009. I would guess that it took more than 100 hours to be finished. 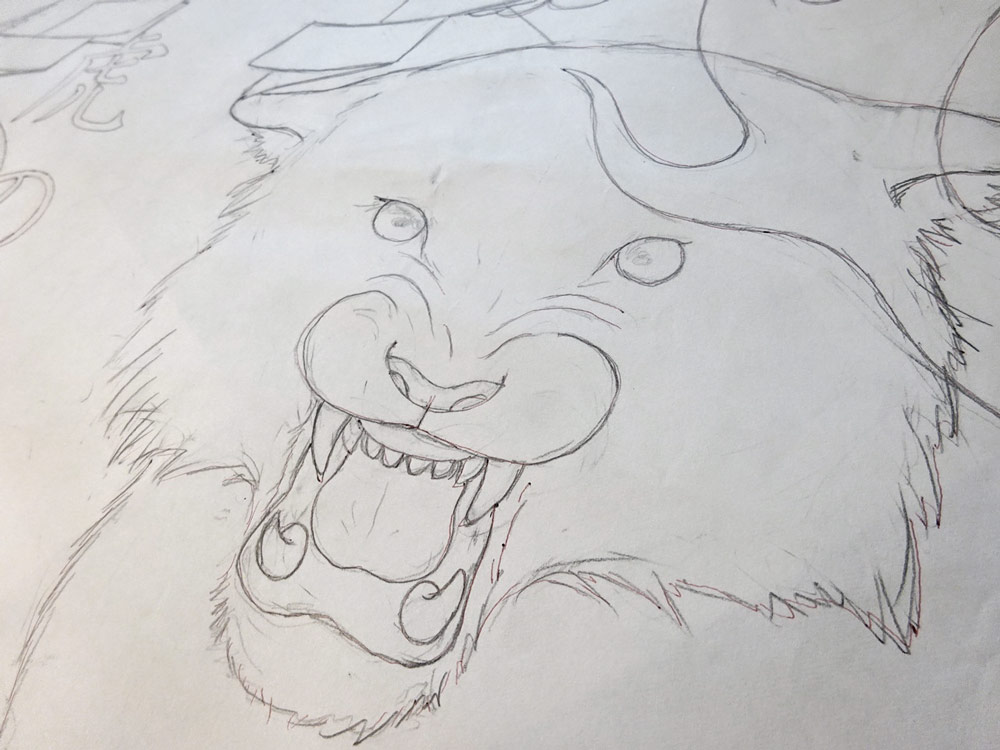 1x: Anything immediate you would like us to highlight?
Yumiko Kayukawa: I would say the highlight of this piece is that these Tiger statues turn in to real tigers. Also the girl’s long toothpick was inspired from the ‘70’s Japanese samurai drama “Kogarashi Monjiro”.

1x: Tell us a bit about your process and how the idea and execution came about for this piece?
Yumiko Kayukawa: I started with a drawing on paper. I then trace the image onto canvas and then painted with acrylic. The theme was inspired from a town in Tokyo called Toranomon. Toranomon means Tiger Gate. This is what I imagined the gate should look like. 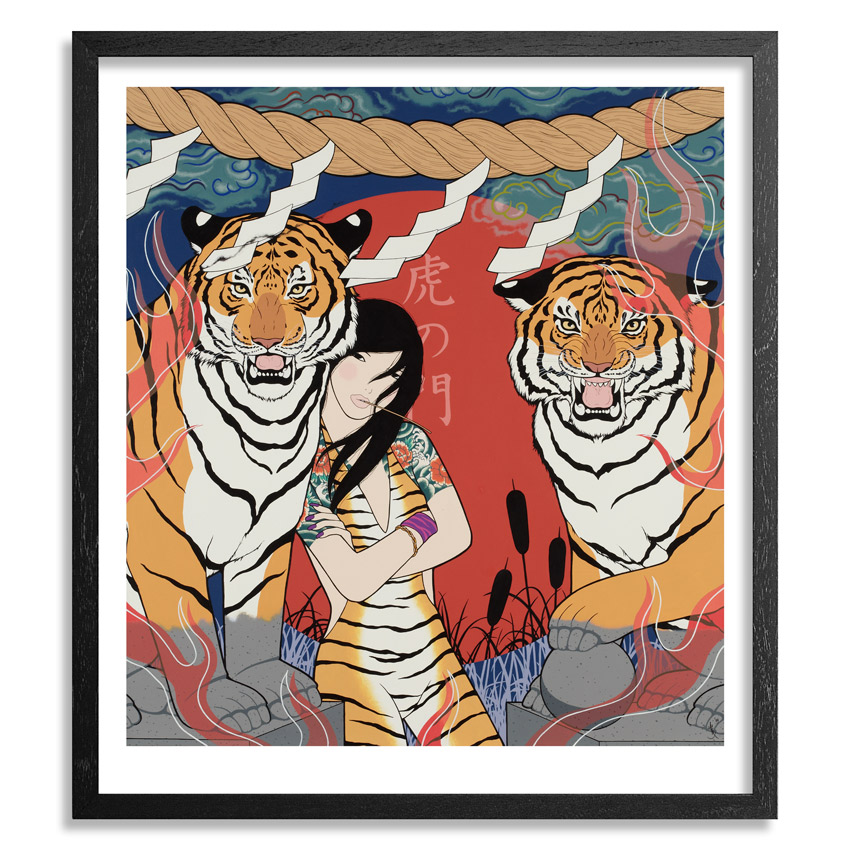 1x: How has 2016 been treating you? Bring us up to speed on what you’ve been up to this year.
Yumiko Kayukawa: 2016 marks the 15th year of my art career. I am slowing down the amount of art I create, but I am more focused and spending more time creating these works. I am constantly looking to discover new ways to pursue my passion, and I always appreciate the opportunities to show my work to the world.

1x: Any big shows or events coming up that you would like to talk about?
Yumiko Kayukawa: I have two group shows coming up in October. One of them is “Collaboration” at the Santa Monica College Barrett Art Gallery. The other one is “Salut!” at the Nucleus in Portland.