We welcome in Hamburg-based artist 1010 as he unveils his latest body of work Fields on view at Inner State Gallery and online here at 1xRUN. Featuring three of the first fully painted works by 1010, this exhibition features several experimental pieces created during 1010’s time spent in Detroit as part of the 1xRUN x Movement Residency. Read on to find out more about 1010’s latest exhibition, his time spent in Detroit and much more . . . 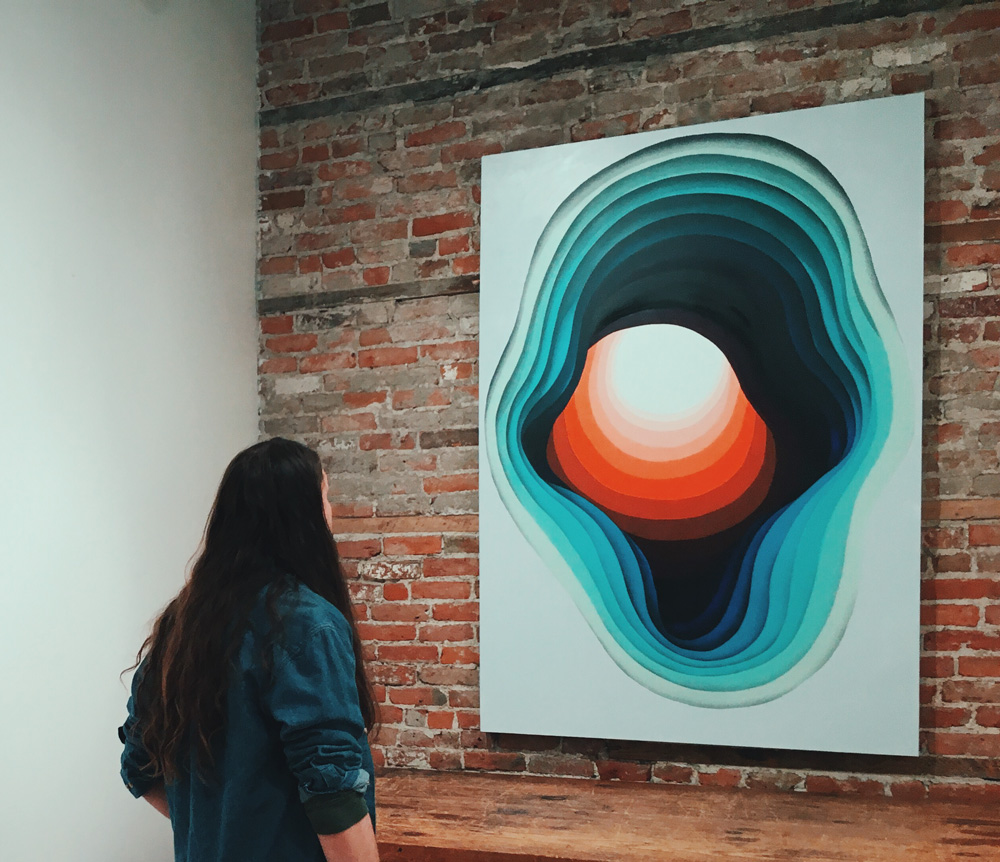 1xRUN: Let’s start with talking about this show Fields, how did you decide on that title?
1010: Fields for me refers to space, openness and possibilities. It’s also connected to Detroit and its history of course.  It fascinates me to see this city as an example of capitalism and its vast powers at work. Both in creation and destruction. Looking on it from the outside Detroit’s history represents the way the capitalist’s game goes in brutal directness.  As long as the industry flourishes things are kind of fine, but as soon as times become a bit critical the money flows back to the shareholders and the industry, or in this case the whole city and all the people get dropped. It’s kind of mind opening to experience such places. What really interests me about Detroit is what people have learned from this, or how they deal with this situation. I personally like places in transition because I mostly see so many fields of possibilities. 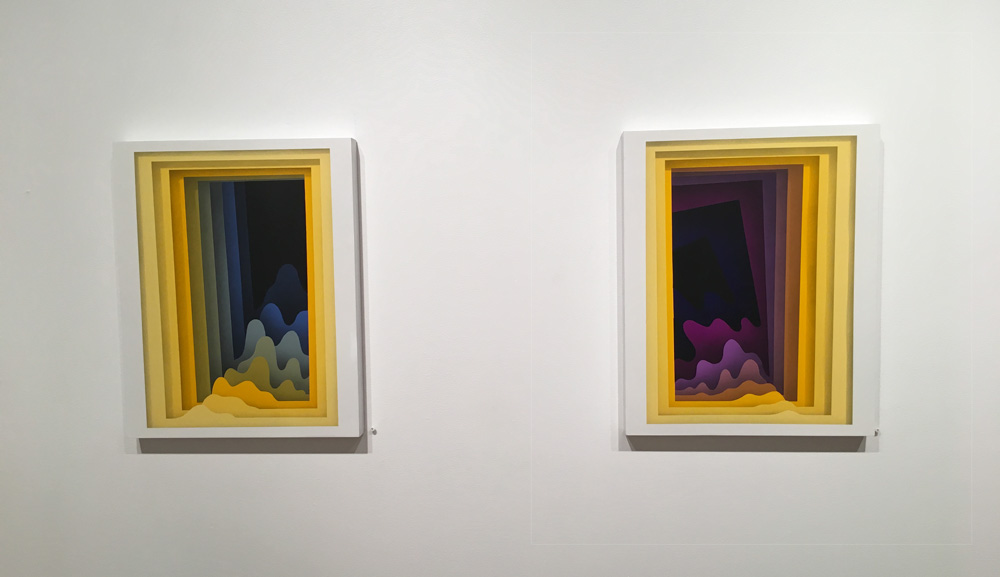 1x: Tell us a little bit about your time here for your residency. What are some of the new styles that you’re working on for this show?
1010: Roula and Jesse from 1xRun invited me to create something for this years Movement festival and to take part in the artist residency. Since I like electronic music and wanted to explore more of Detroit anyway I didn’t have to think twice. On top of that, my studio time over the last few years has been very limited and the residency at 1xRUN offered possibilities to experiment with different ways of productions. Since I’ve mostly worked with tinted paper before, where color range is a bit limited, my idea here was to use the fine art printers to widen the spectrum a bit. This technique also allowed me to play with gradients. Something I haven’t done yet. 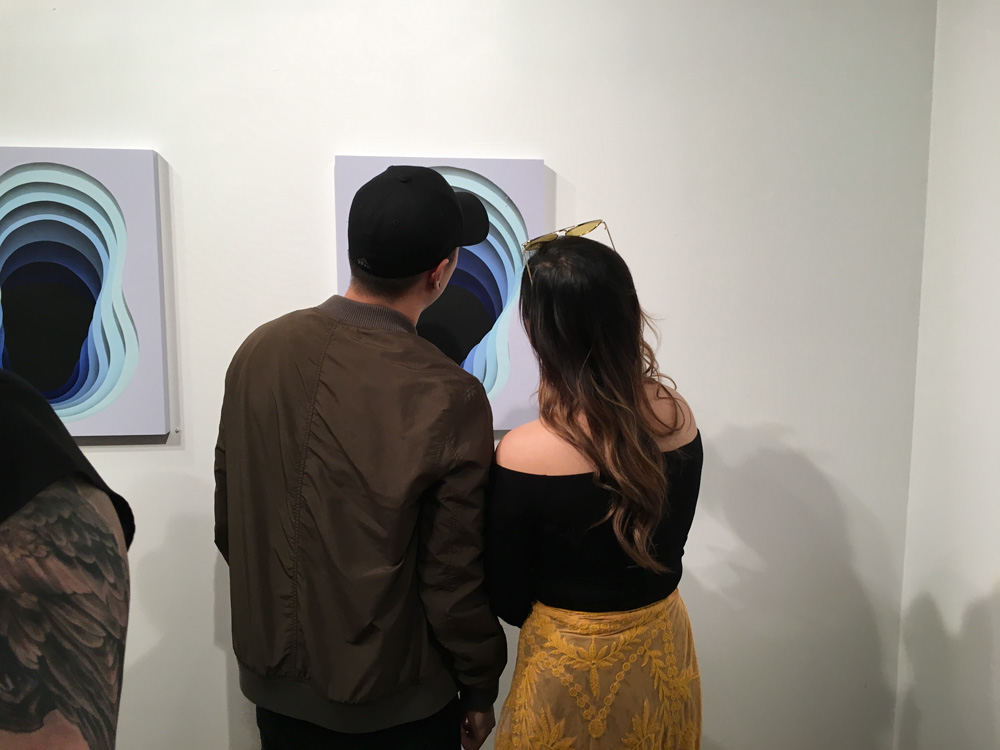 1x: Let’s talk about the portals that you’ve created for this show.
1010: Well, so far I’ve never painted these on a canvas before, so I wanted to try that here.  It’s basically my first painting in this style in small scale. Everything else up until this point has been done with different paper layers or laser cut acrylic glass. I don’t have one single canvas in this style. I’ve painted them on walls outside, but I always thought that I don’t want repeat what I’m doing outside in the studio in exactly the same way. No idea why, but I felt I might just try it here for the first time. And what I’ve relearned again is that painting with brushes just gets me into this quiet flow like mood.

1x: You’ve also created some of the works on paper here with your Broken Screens series…
1010: Yea. The idea for this series developed here last year when I was painting the Abyss for Murals In The Market. I mean it’s quiet obvious that I got inspired by all these broken windows here in Detroit and what they mostly represent. It just made me think about the future a bit. Will we be able to create changes in our system or will this pattern just continue and repeat? So far one change that you can directly see around the globe is that classic commercial billboards get exchanged to screen. We will see where it goes.

1x: When did you first start creating these portals?
1010: The first one was in summer of 2012 after several years of painting figurative works mainly. The Portals, Holes or Abysses have been a first step into completely abstract works. The portals really opened up things for me. I always liked to travel, but they have basically teleported me everywhere I wanted to go and kept me traveling for about the last 3 years. I painted in places like Panama, Russia, India and Hawaii and met a lot of great people in very different situations.

1x: You came out as the 2017 resident artist for the 1xRUN and Movement AIR Program, earlier you mentioned there were some parallels between your art and electronic music.
1010: Yes, I like to see parallels in the way electronic music is created and how I create my works. Musicians often record, or generate different tones, or sounds, and then put them together with different programs and devices. They cut, stretch, multiply, repeat and remodel them until it fits their idea. I mean they don’t have to play every tune themselves. They just use the machines as tools to create music. That’s inspiring. It took me a while to get to the point when I could appreciate all kind of technologies while creating art. 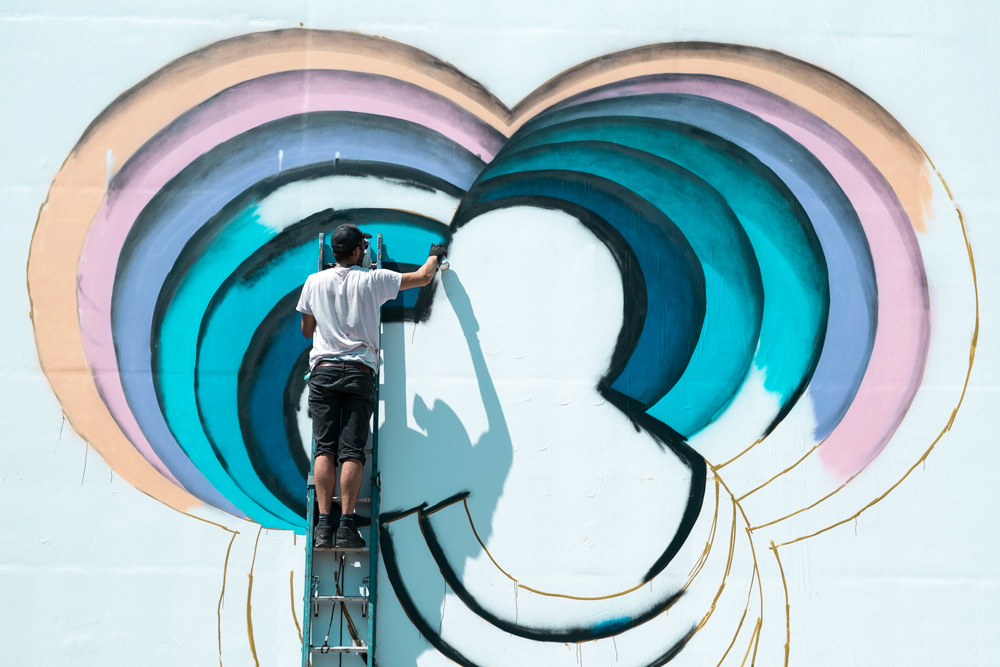 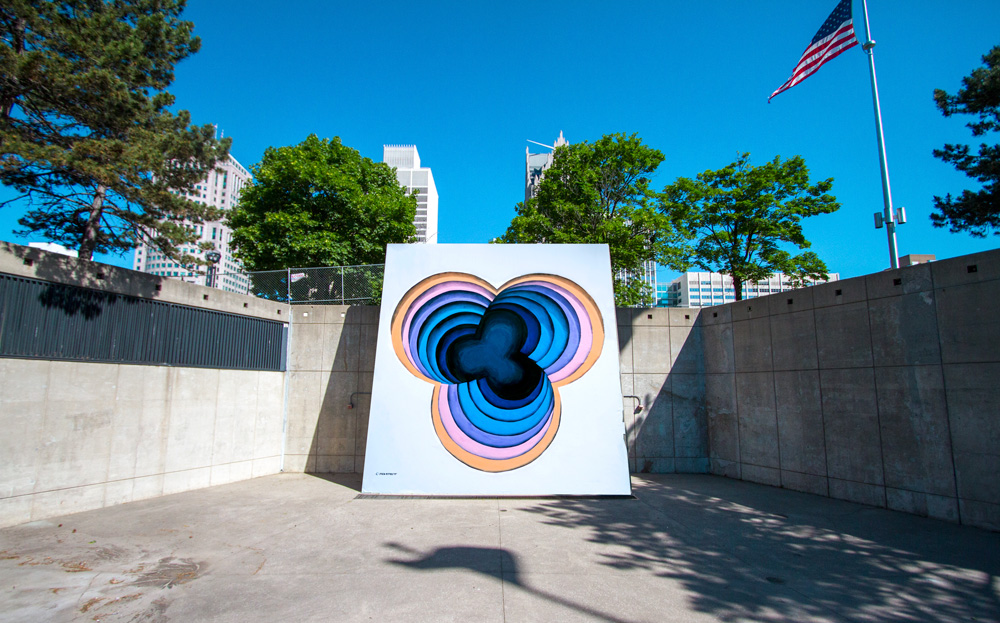