For Record Store Day 2019 1xRUN will once again seamlessly blend timeless visual and sonic artists for new unique looks at historic musical favorites. For our 2019 collection 1xRUN will have over a dozen artists paying homage not only to the records they love, with unique looks at album covers by Black Sabbath, Notorious B.I.G., David Bowie, A Tribe Called Quest, The Beatles, Black Flag and more, but the musical styles and scenes that influence them with rave scenes, hip-hop portraits, country collages and more. This year features new work from ABCNT, Dan Witz, Glenn Barr, Jesse Kassel, Jim Houser, Luke Chueh, Naturel, Ron Zakrin, Richard Wilson, Scott Listfield, Smoluk and Thomas Wimberly. Read on to check out the entire print suite and be sure to snag your favorites starting Saturday, April 13th for Record Store Day right here at 1xRUN. . . 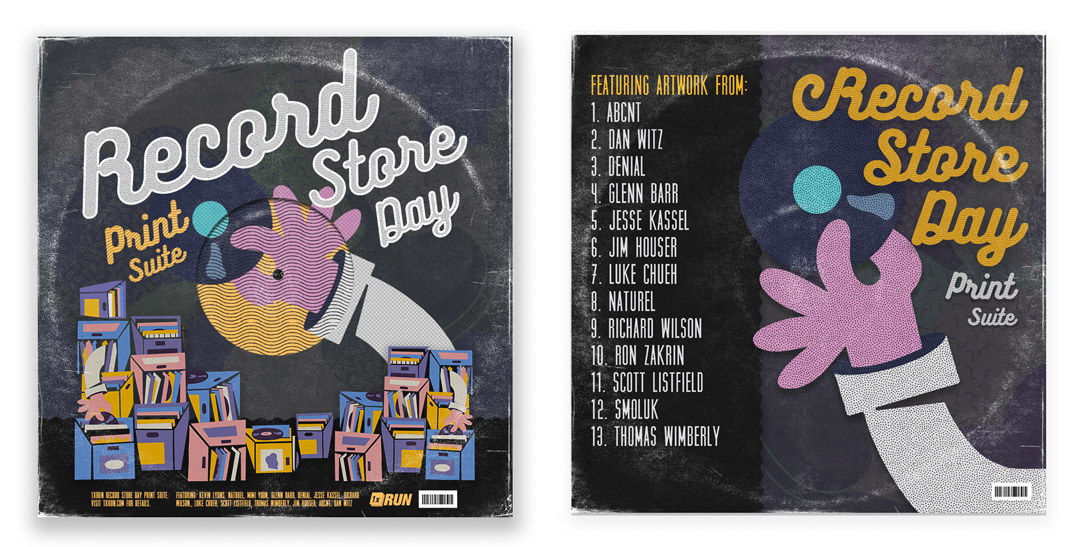 Kicking things off Los Angeles based artist ABCNT pays homage to two hip-hop icons, with new hand-pulled screen prints of the incomparable Detroit legend J-Dilla, as well as new variant editions of prolific but gone-to-soon Pittsburg producer Mac Miller. Both editions are limited to only 33, so be sure to snag each one individually or in a 2-print set.

With his ongoing series “I Feel” New York City based artist Dan Witz captures the abundant fleeting euphoria at underground rave scenes. With his latest “I Feel II” Witz is at it again as he first combines 15-20 different photos, all captured throughout different parties, before he assembles them digitally and then dives in to create beautifully realistic oil paintings that captures all the feels condensed into these 12 x 12 and 24 x 24 Inch editions. 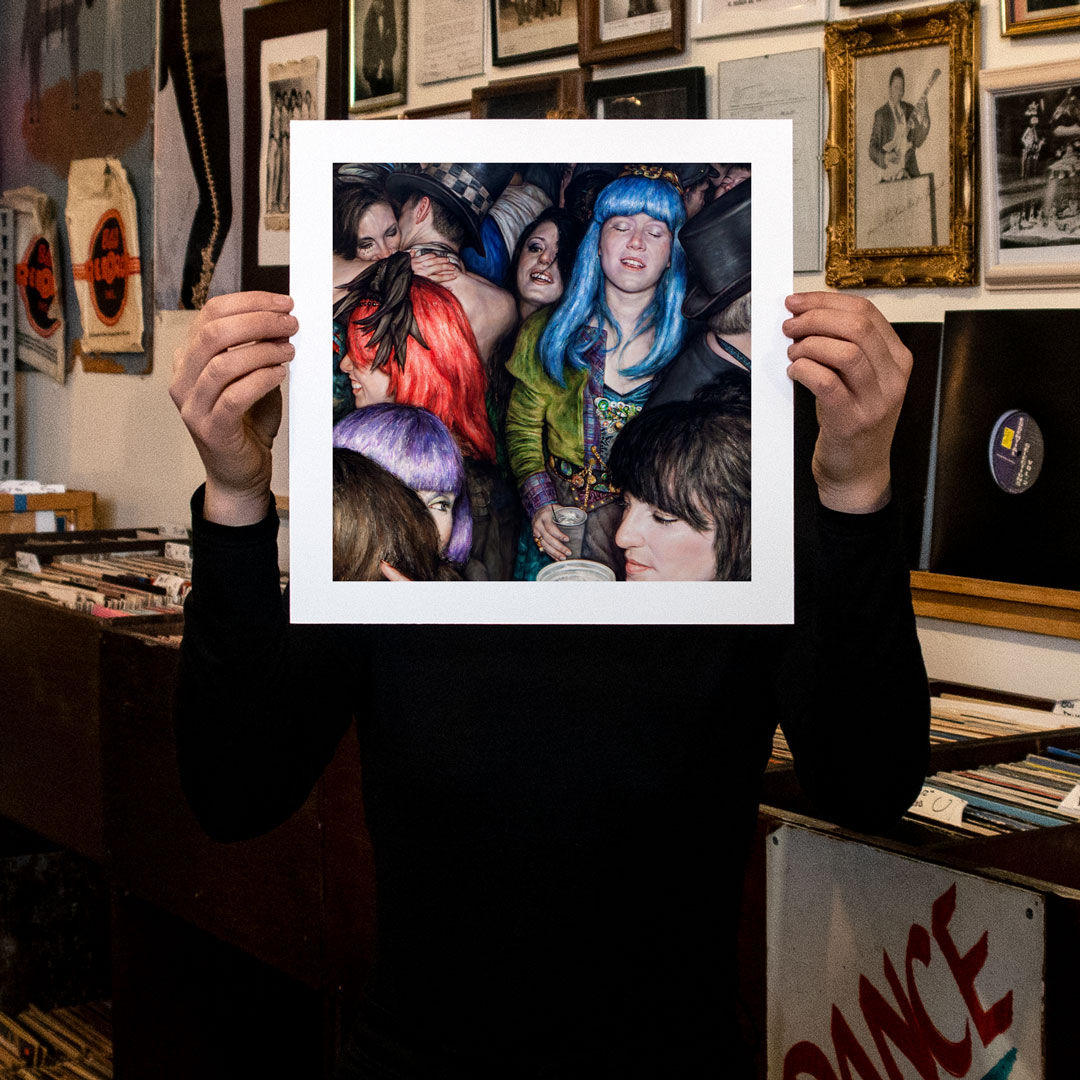 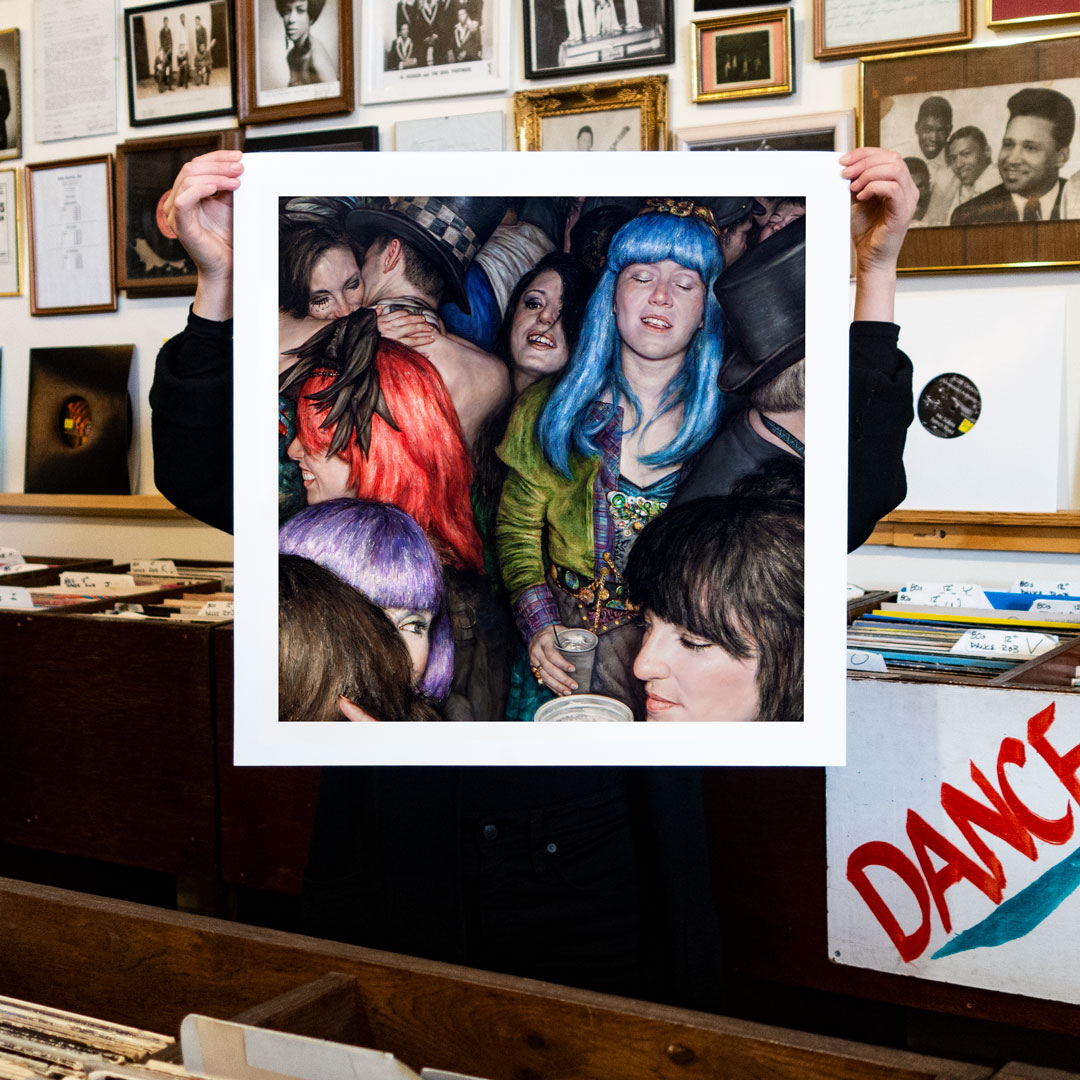 As of 1xRUN’s longest running artists Detroit’s own Glenn Barr serves as an inspiration for our Record Store Day Print Suite.  At 323East Barr curated an expansive roster of musically inspired works for his continuing exhibition Lyric, featuring dozens works from a wide variety of different artists, all paying homage to their favorite albums with 12×12 original works. For this year’s Record Store Day Print Suite, Glenn Barr brings us Hot Stuff Club, which captures Barr’s signature post-apocalyptic style as a few bar patrons hang out side of a bar alongside Astroboy.  This edition is also limited to just 33 in honor of Record Store Day so be sure to snag one while you still can. 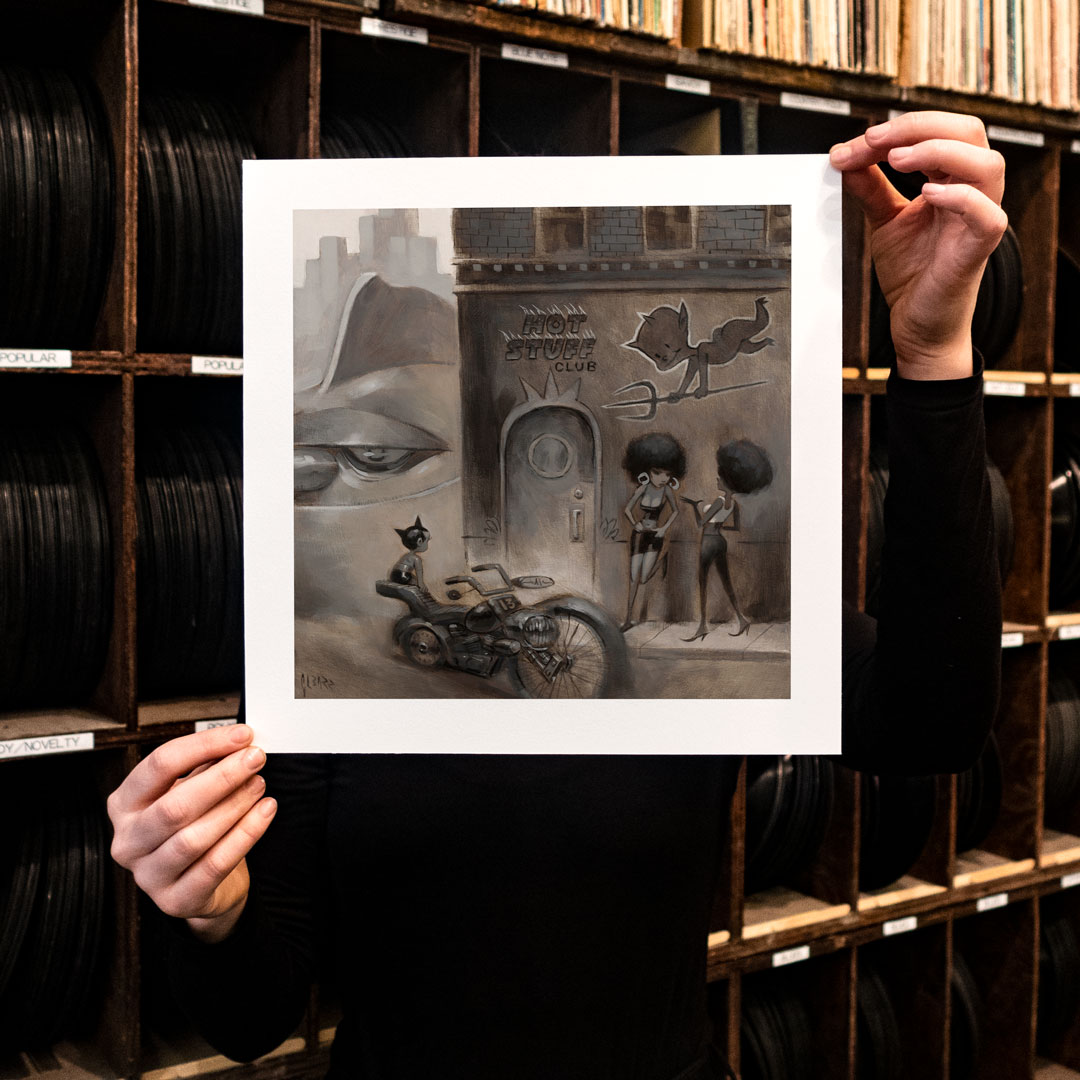 In addition to creating the record crate visuals for Record Store Day 2019, Detroit artist Jesse Kassel pays tribute to three of his favorite artists with new illustrations featuring synths, keyboards and whips for Devo, a banjo, polka dot bra and a country scene for Dolly Parton, and St. Ides, throwing stars and ODB’s license for Wu-Tang Clan just to name a few of the Easter eggs hidden in these editions of 33. Grab each one individually or in a 3 print set. 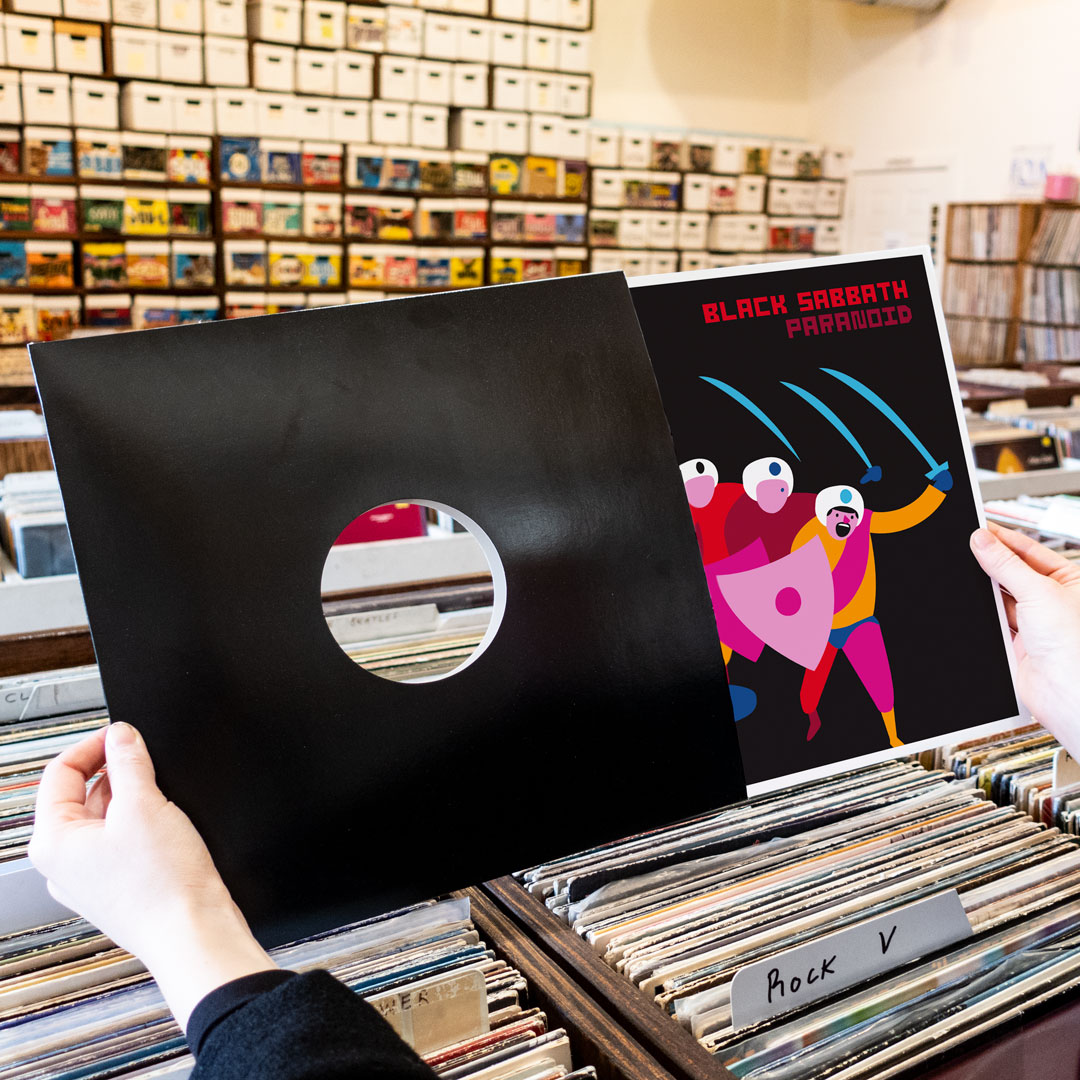 For his Record Store Day print Luke Chueh marries his signature bear icon with the legendary cover art from David Bowie’s 6th album Aladdin Sane. These hand-pulled screen prints feature a shimmering metallic layer for a standard edition of 78, along with an extremely limited hand-embellished edition of just 12. 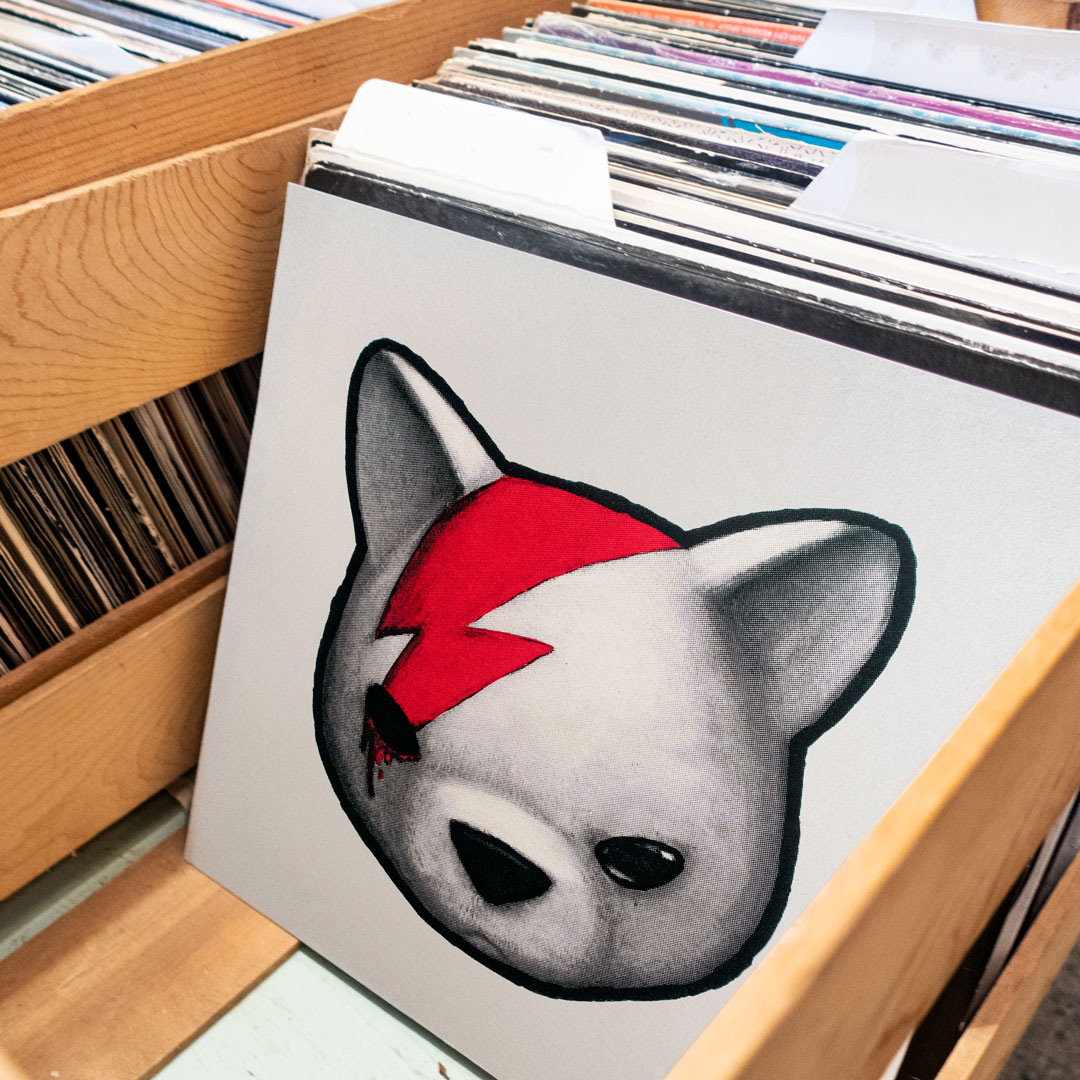 After tackling 4 of his most influential albums last year, Washington DC artist Naturel returns once again for Record Store Day, this time paying homage to one of his favorites with Notorious B.I.G’s Ready To Die. Be sure to snag one of these extremely limited edition of only 45 before they are gone… 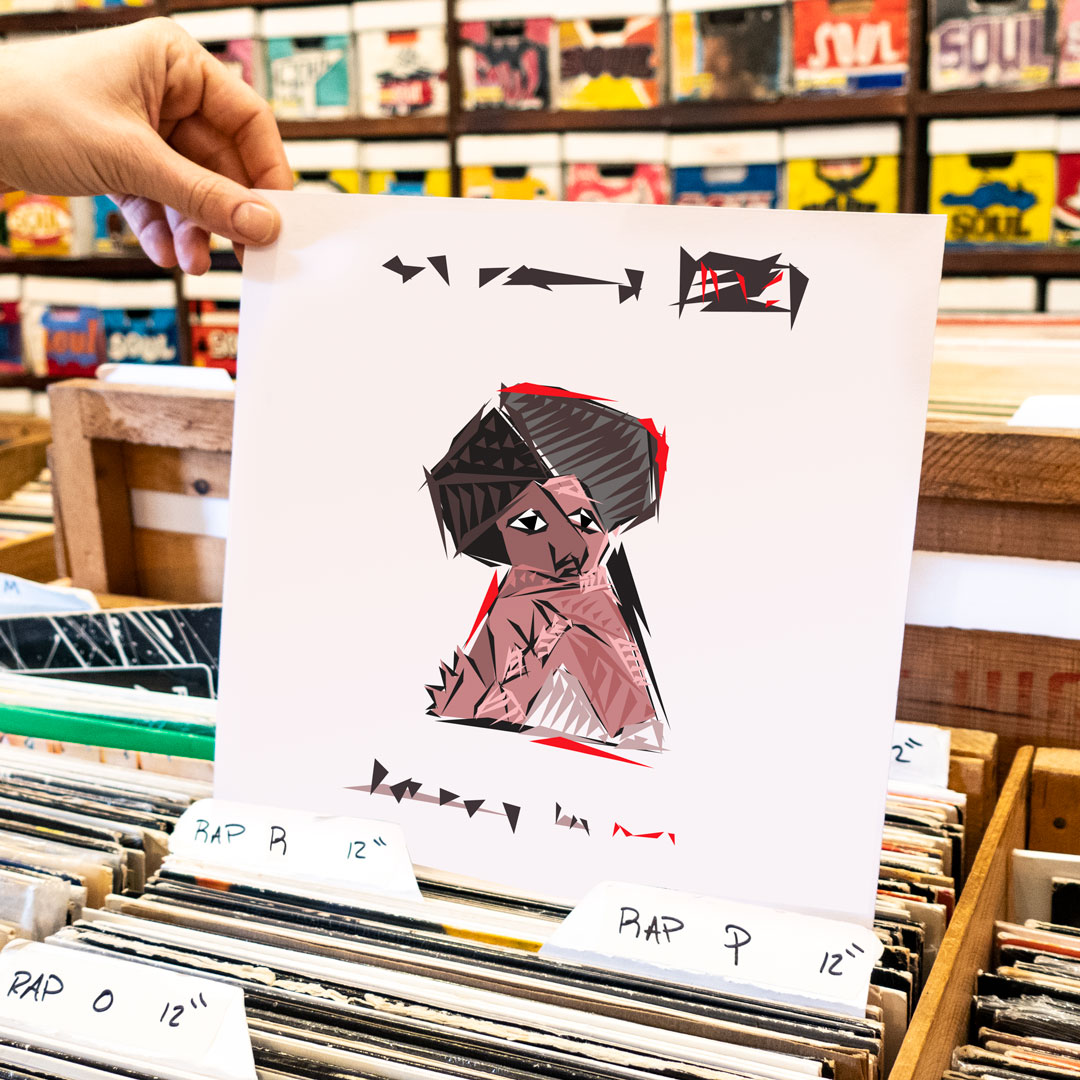 Ready To Die by Naturel

Featuring work painted as part of Murals In The Market 2018, British artist Richard Wilson gives a look at a Detroit crate digger’s afternoon, featuring cover art from J-Dilla, Aretha Franklin, Moodymann and the iconic Motown label for his Music In Me – Detroit. Snag this edition of 33 before they are gone… 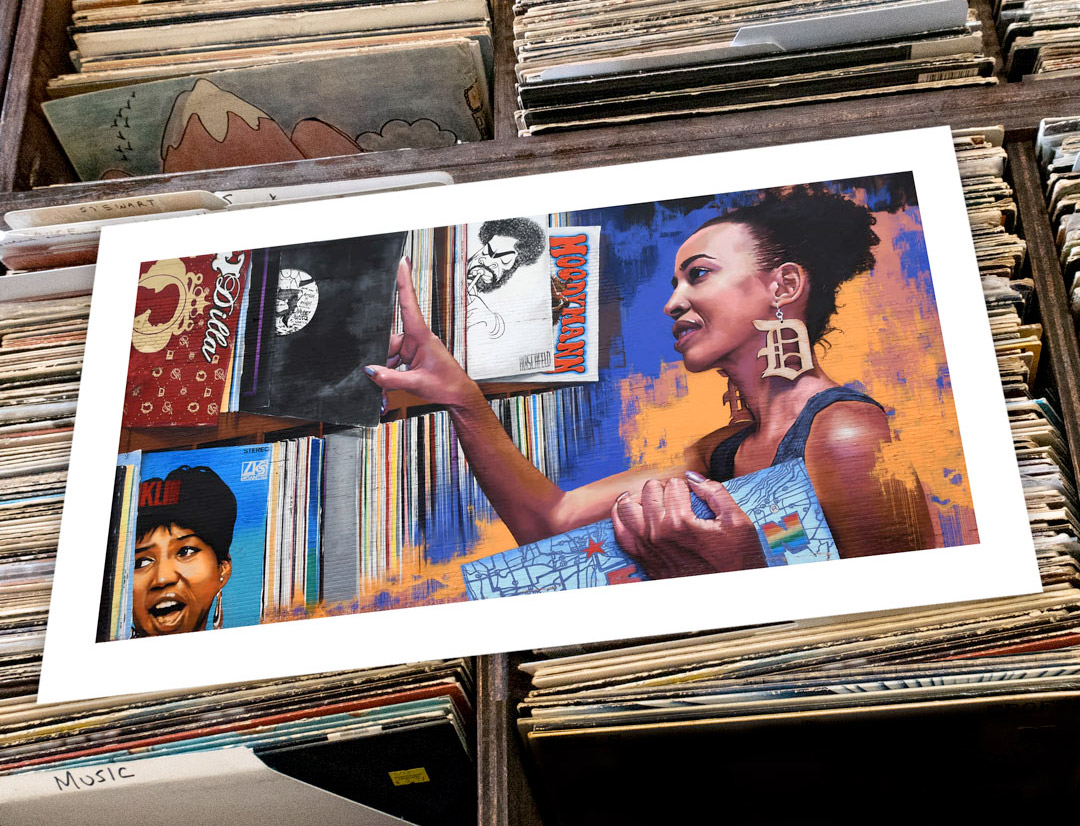 Music In Me – Detroit by Richard Wilson

A Tribe Called Quest / The Beatles / Elton John by Smoluk 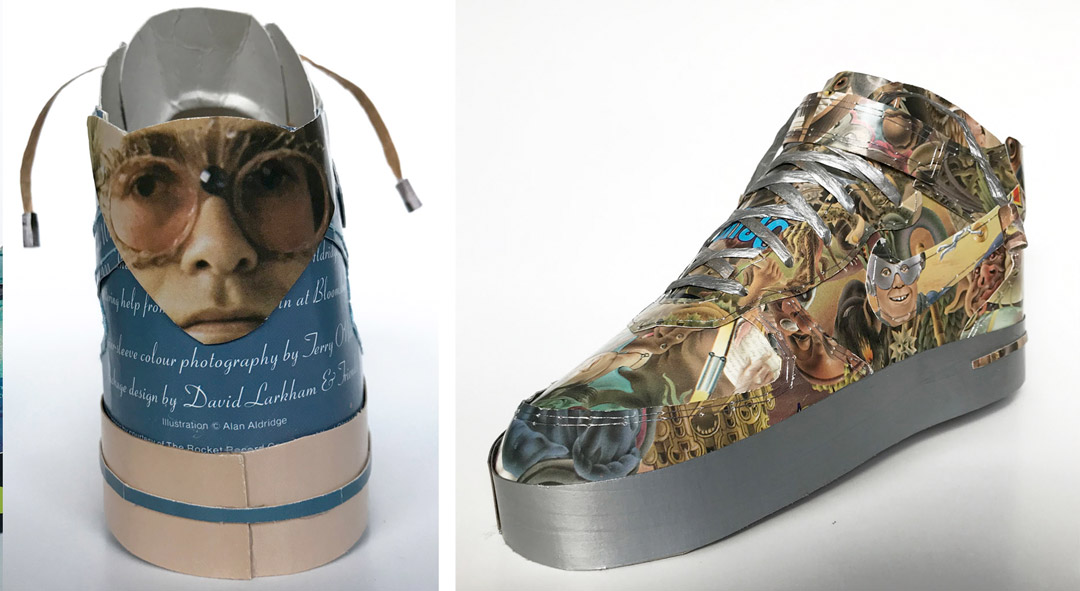 The Rolling Stones, Santana and Supertramp