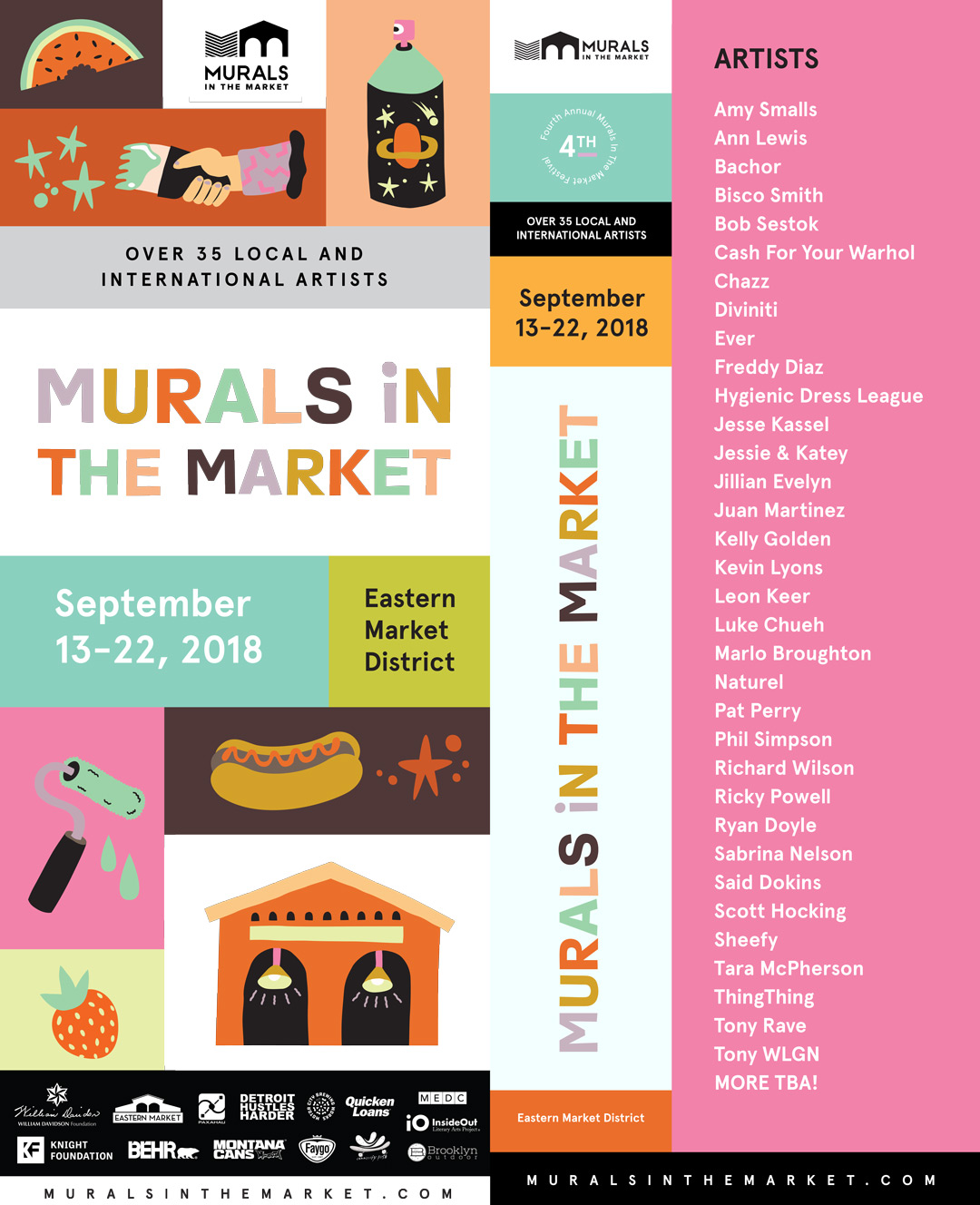 This September 13th-22nd, 1xRUN’s Murals In The Market returns for the 4th consecutive year, bringing more than 50 local and international artists to Detroit’s Historic Eastern Market.

Elevating Detroit’s Eastern Market to the forefront of the international art stage for the fourth consecutive year, 1xRUN’s Murals In The Market continues to expand its programming with new sculptural installations from storied Detroit artists Bob Sestock and Scott Hocking. Each artist will be creating new site specific installations in the district to add new sculptural elements to compliment over 100 murals throughout the Market. 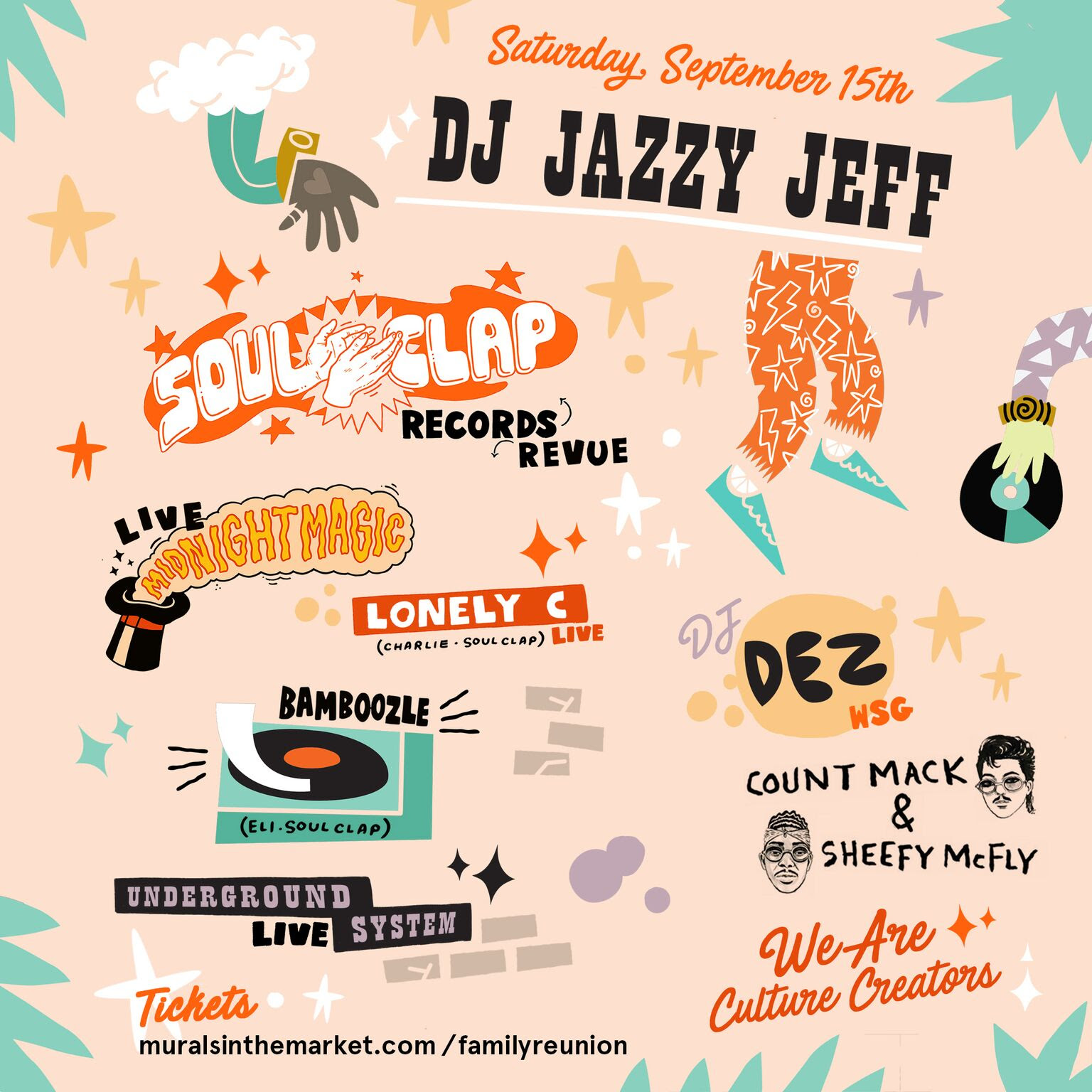 Building upon the overwhelming public support of the festival’s first three years, Murals In The Market will continue to expand Eastern Market’s walkable footprint. With more than 150 public murals and public sculptural art installations strategically placed throughout the Market District, the festival encourages exploration of every corner of the market, giving visitors locally and internationally a look into businesses and areas often unseen and underutilized. Once again Murals In The Market will continue to enhance Detroit’s signature market experience and make the Detroit a world class, must-see destination for art, as well as fresh food. 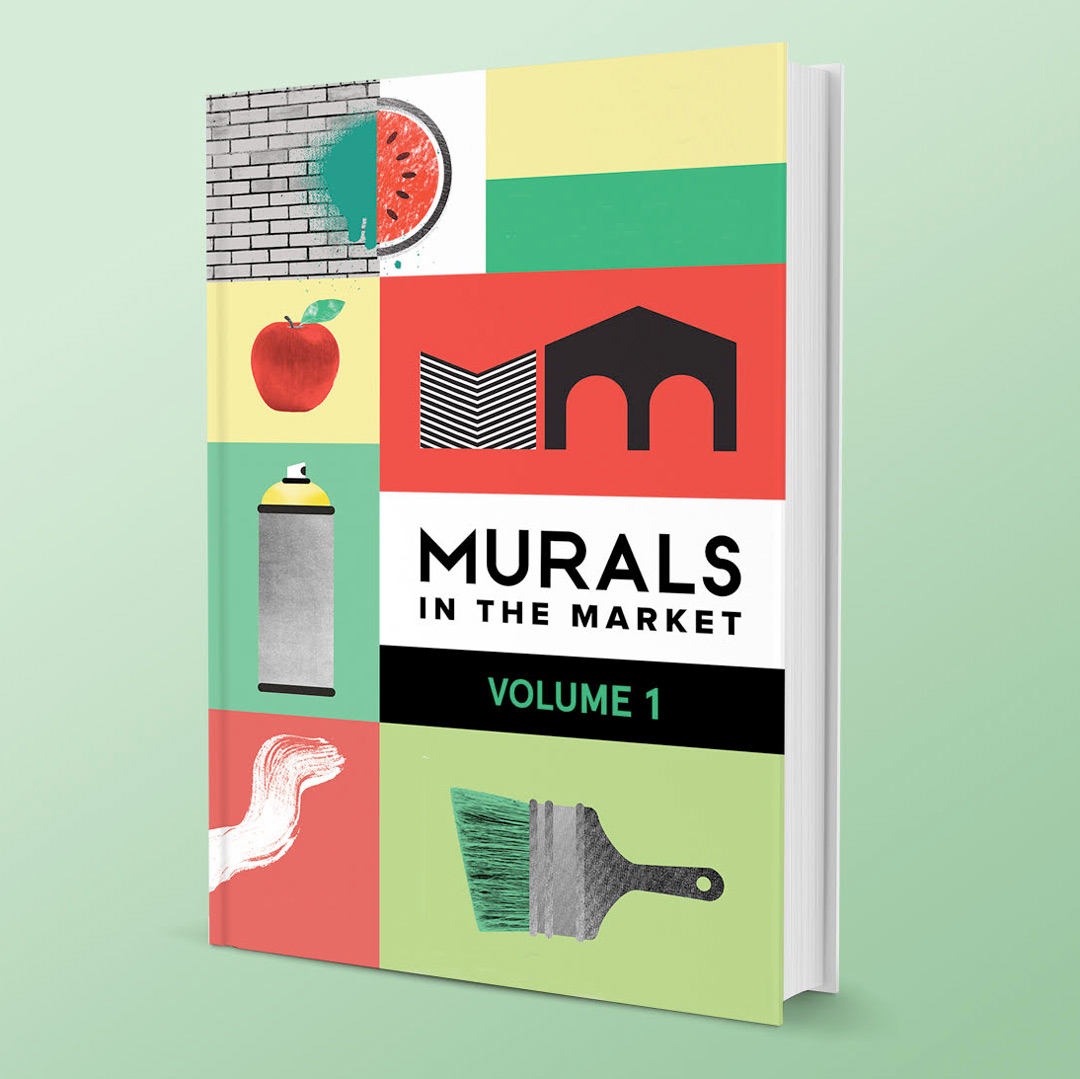 Pre-Order Now On 1xRUN + On Patronicity!

Paint for Murals In The Market will once again be provided by Behr and Montana Cans, two industry leaders that are committed to helping artists create outdoor works of art that will stand the test of time.

Public art has always been, and always will be, an integral part of the Eastern Market District experience. The 2018 Murals In The Market festival will continue to expand on 40+ years of large-scale public murals by bringing a new world-class local and international artists to add exciting new works throughout the market. Artists from as far away as Mexico, the Netherlands, and Argentina will join a diverse group of Detroit-based artists that have made an impact on the public art scene.

Find out more at MuralsInTheMarket.com and follow on social media @muralsinthemarket and of course @1xrun