We welcome back Los Angeles artist ABCNT with his latest editions Time Out available in two colorways! This has been a very busy year for ABCNT as he has been tirelessly creating with new works on the street and in the studio. Read on as we caught up with ABCNT to discuss his latest release, feeling the Bern and more… 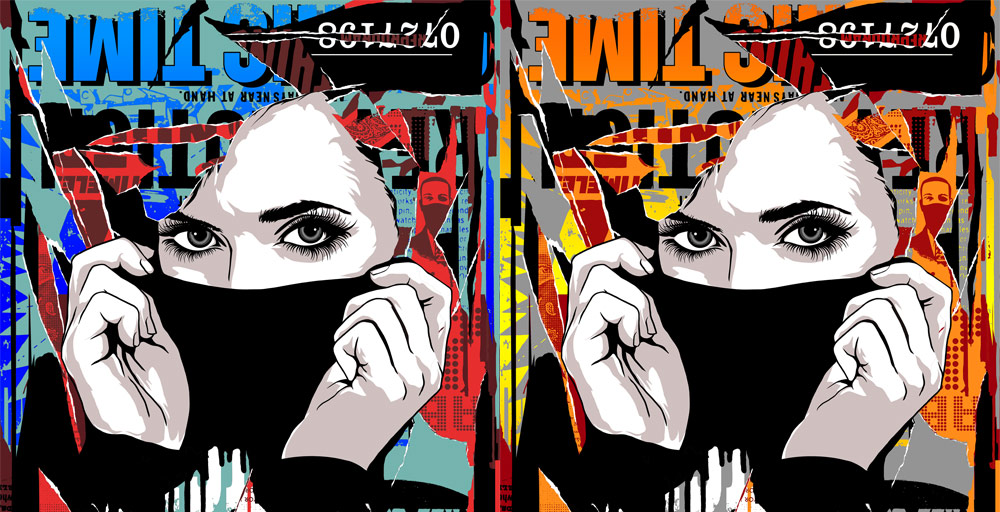 1x: Tell us a little bit about this piece…
ABCNT: Sometimes you just gotta take a time out, mask up, tear through the bullshit and do some ninja work.

1x: Was this piece part of a recent theme, series or show that you had?
ABCNT: Part of a new series exploring subversion, anonymity & experimental type. 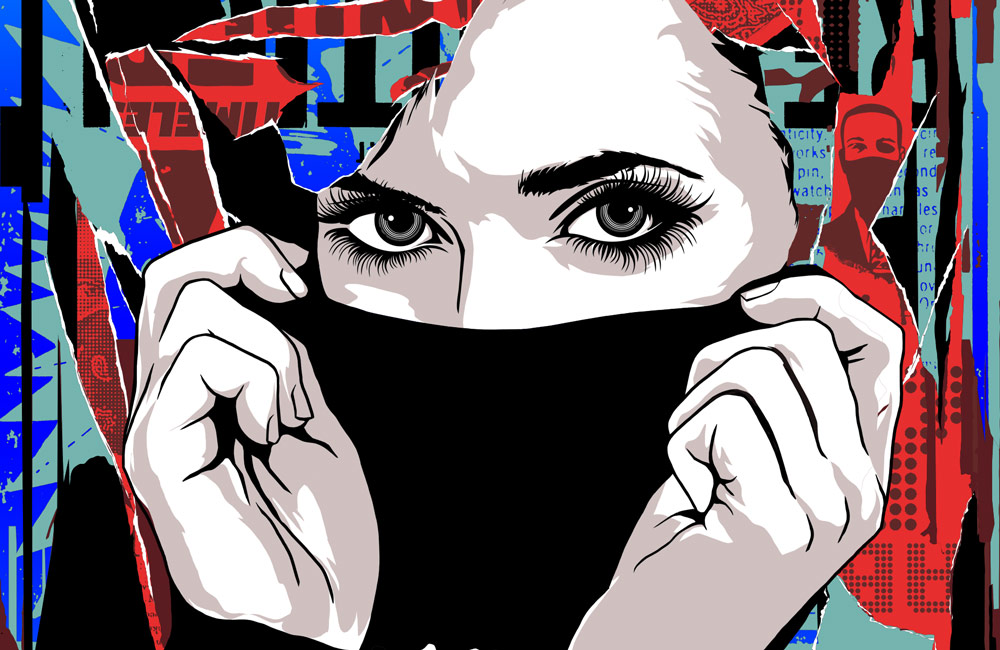 1x: When was this piece created and how long did it take to complete?
ABCNT: I started this piece shortly after new years (2016), but left it alone for some months and came back to it recently. Spent a few weeks on it going back and forth.

1x: Anything immediate you would like us to highlight?
ABCNT: Step into my world for an hour.

1x: What do you feel is unique about this piece?
ABCNT: Feed back has been positive, it’s heavier on style. What’s unique maybe is someone asked me about the meaning of the image, which is cool because I’m known for not beating around the bush in terms of what I want to communicate. Feds pointing rifles at a potted marijuana plant, or a police officer committing seppuku, missing honey bee posters highlighting colony collapse disorder etc. So this is my version of jazz in a sense. 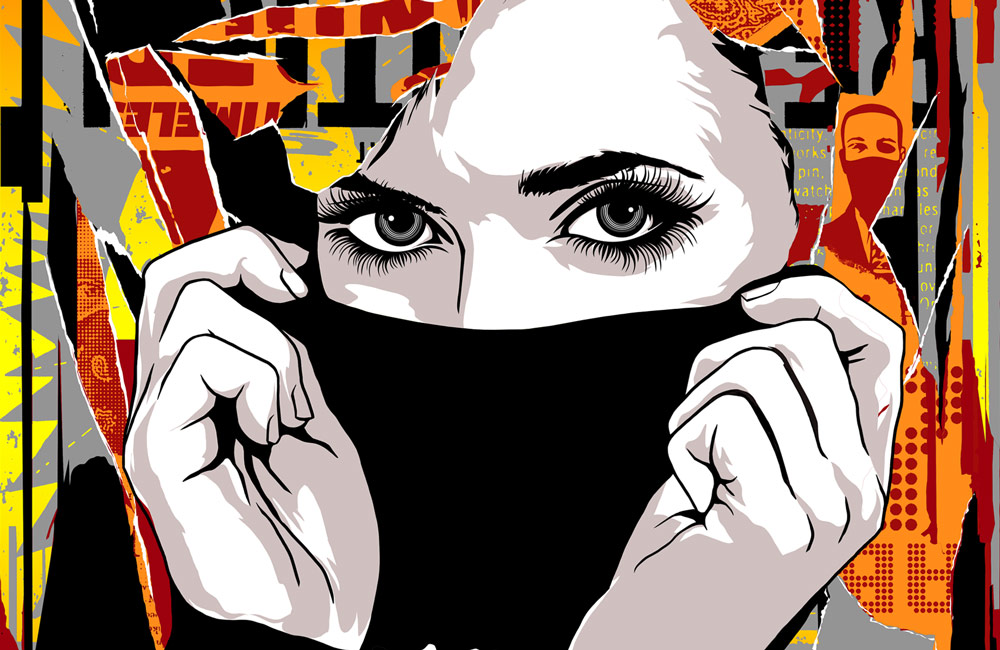 1x: Why do you think people should buy this print?
ABCNT: Because I don’t make art as a gimmick. I have a long track record of activism and my hope is that images I create inspire action, empowerment & not just spectators. You can be proud to hang this up, or if you’re a collector add it to the stack of other prints you have in the flat file in hopes of making money on it 10 years from now because believe me, you will. 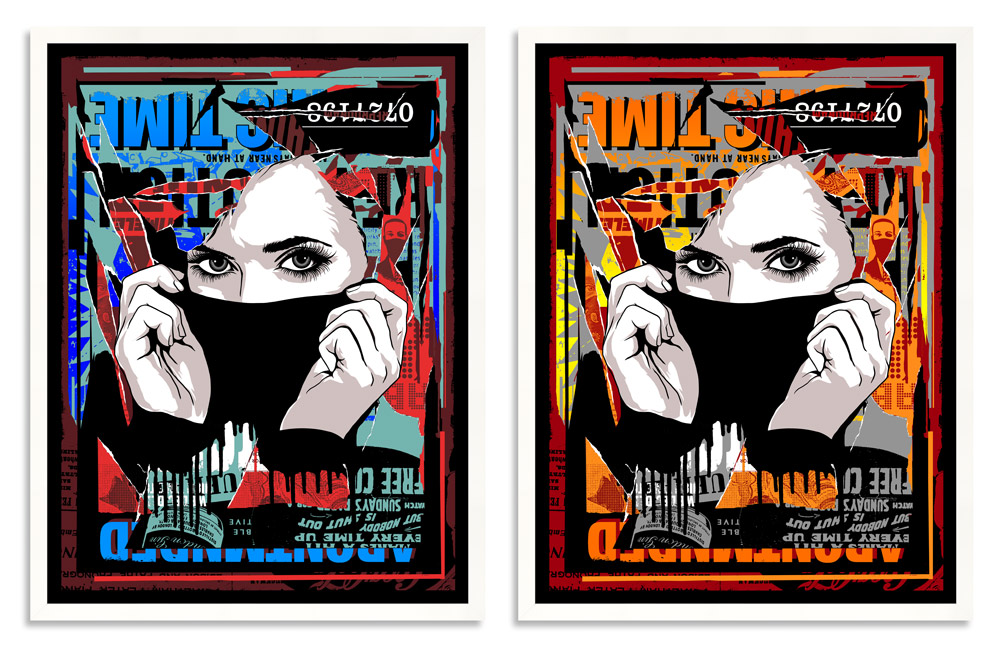 1x: How has 2016 been treating you? Bring us up to speed on what you’ve been up to this year.
ABCNT: Crazy times with the election. I met Bernie Sanders, twice. Definitely a highlight each time. My art portraying him as a punk rock front man got some heavy rotation. Him actually seeing the image in person as documented by a photograph, was fucking rad. 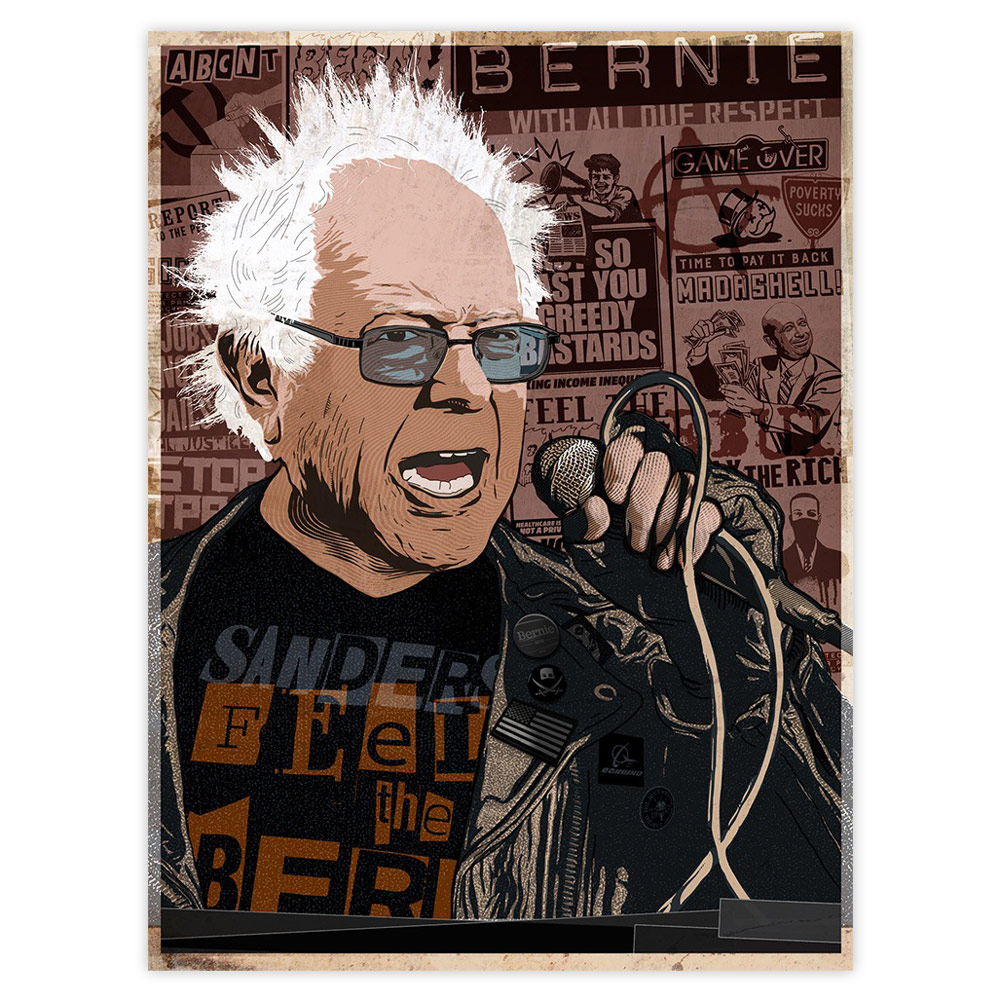 Awesome to see a leftist like him with an authentic message resonate with so many people. Getting elected is one strategy, making images is one of mine. I’ve met politicians before, but the Bern is the real deal, super genuine, knowledgeable, overflowing with solidarity. Truly an honor for me. Salute to the political revolution and the TYT army out there. Also relaunched my site!