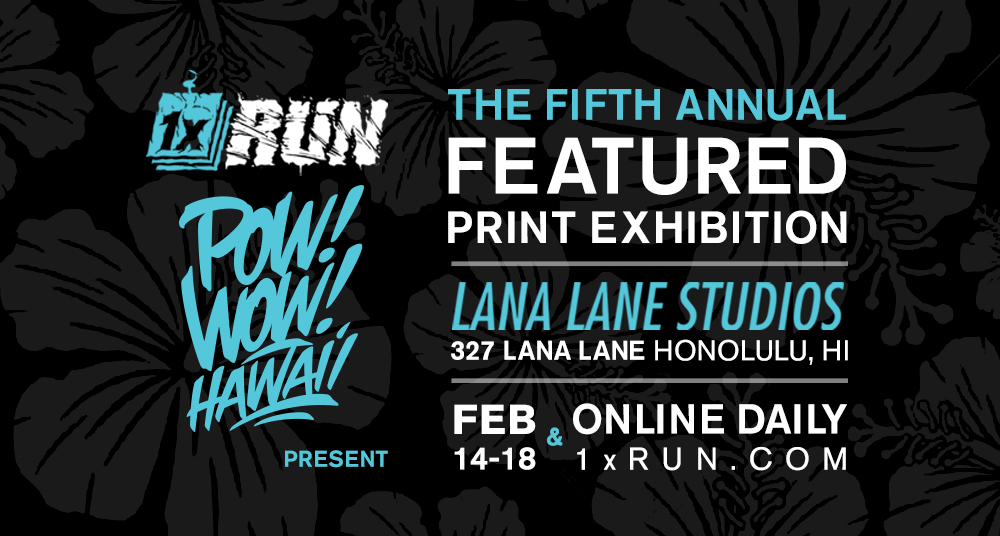 February 9th we welcome in POW! WOW! Co-Lead Director Kamea Hadar who joins alongside fellow Hawaiian artist Defer as the duo present a new collaborative release as well as stunning solo editions.  Get there early and snag a 3 print set to display all 3 of these beauts next to each other.

February 10th we welcome in British artist Mr. Jago who returns to Honolulu for his second POW! WOW!, as well as Detroit’s own Ouizi, who brings her signature floral to Honolulu for the first time.

February 12th Tavar Zawacki aka Above returns with the latest in his Pulse series alongside Honolulu’s own Wooden Wave.