Late last week 1xRUN alumni Askew One and Vexta joined Faile to paint murals in Greenpoint and North Williamsburg. Working in tandem with The Greenest Point the trio worked to take Climate Week New York City to the people. In addition, the project featured interactive elements that highlight these environmental issues by integrating art with technology, film, sound & public voices. Our friends over at Brooklyn Street Art caught up with the three featured artists for a in depth Q&A discussing the project. Read on for excerpts and head over to BSA for the full interview… 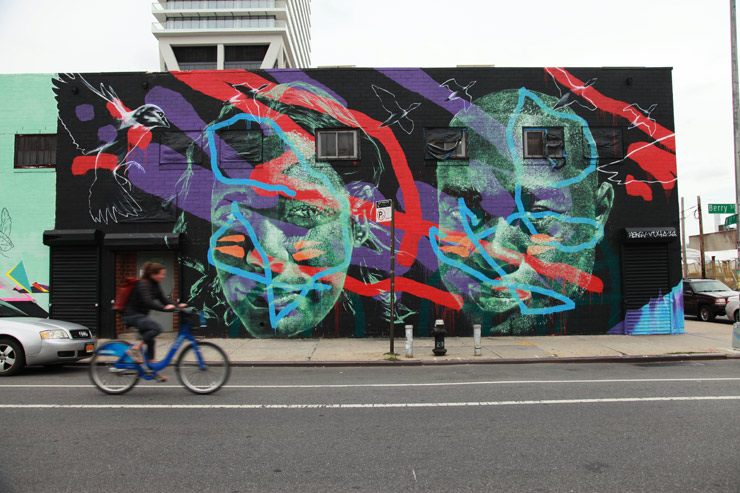 Brooklyn Street Art: Why do you think art is an important vehicle to highlight climate issues?
Vexta: For me as an artist it is the means that I have to talk about what I know to be important. Art also stands as this symbolic, most often visual, gesture that can bring people together, ignite debate and shine a light towards a new way of thinking that is perhaps still in the shadows of the mainstream. There is no more pressing issue right now than Climate Change.There was a famous piece of graffiti up for a long time in my home city of Melbourne that read “No Jobs on a Dead Planet” in a beautiful font running down a power plant chimney. This work spurred my thinking back before I had begun making art professionally. That simple creative action out in public space was powerful and it spoke a simple truth and showed me that you can do a lot with a little. Art and art out in the streets is a great vehicle for talking about issues like climate change, because its a gesture in a shared space, it provides something to meditate on or think about that ultimately is a shared reality, this makes sense to me as climate change is a problem we need to work together to address.
Askew: I think that in particular art in the public space can be a very powerful way to put messaging on issues that matter right out in front of people who may not otherwise engage with it. Also an artist has the freedom to make the image captivating in a way that perhaps other platforms for speaking about serious issues don’t. People get bombarded with so much conflicting information every day especially via the mainstream media, art can put people in the contemplative space to engage differently. – excerpt read the full interview with Brooklyn Street Art here… 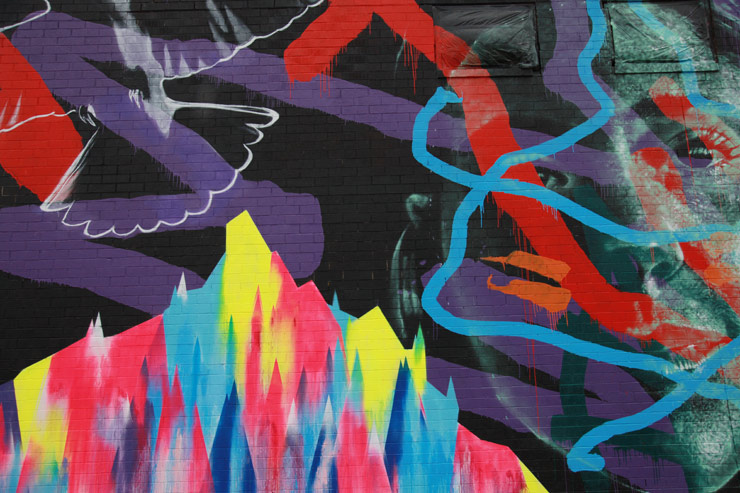 “As climate change is increasingly reaching into the back pockets of our daily lives, we now more than ever need innovative and immersive ways to increase its visibility, comprehensibility and relatability”, said Stephen Donofrio, Principal & Founder of The Greenest Point. “That is why we have merged worlds together – street art, new age technologies, media and sustainability. The Greenest Point is designed for our friends, neighbors, and strangers, to stimulate issues- and solutions-based conversations about climate change. This mural will be a constant reminder that Brooklyn cares about its future.” 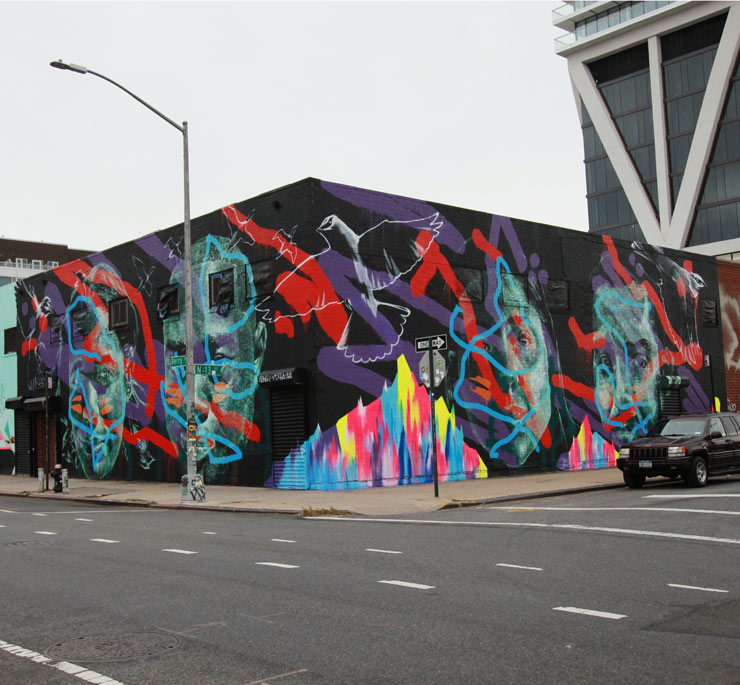 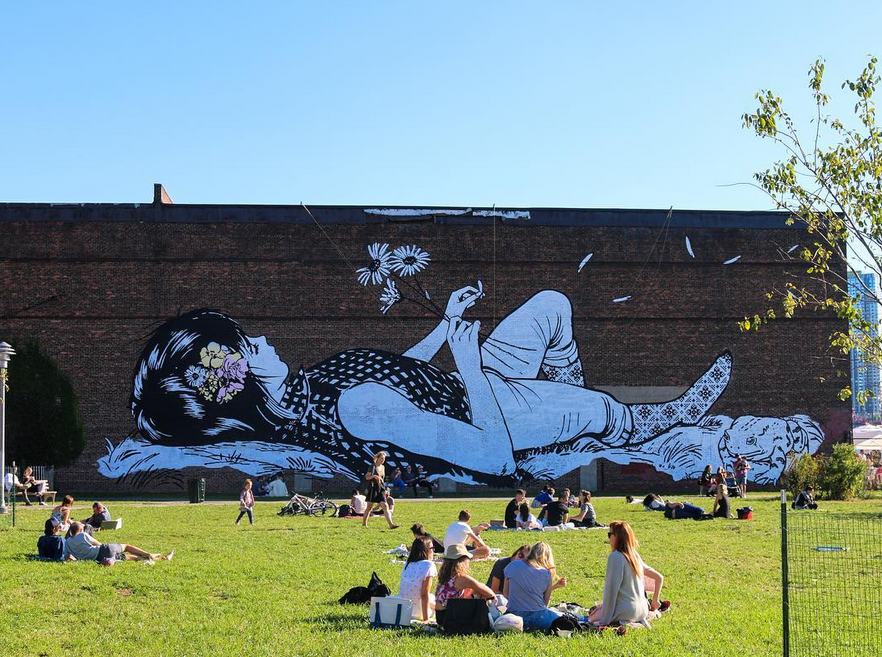