Los Angeles based artist Dave Kinsey continues to be one of the strongest forces in the contemporary art movement. With his latest hybrid edition The Modern Condition, Kinsey’s signature style is seamlessly blended into a 6-color screen print with detailed archival pigment print and custom hand-embellishments from the artist himself. Taken from his 2015 solo exhibition of the same name, this meticulously crafted edition is each individually hand-pulled by 1xRUN, and feature unique custom hand-embellishments as Dave Kinsey explores the modern condition in this breathtaking edition. With a small edition of only 50, be sure to grab one before they are gone, available exclusively right here on 1xRUN… 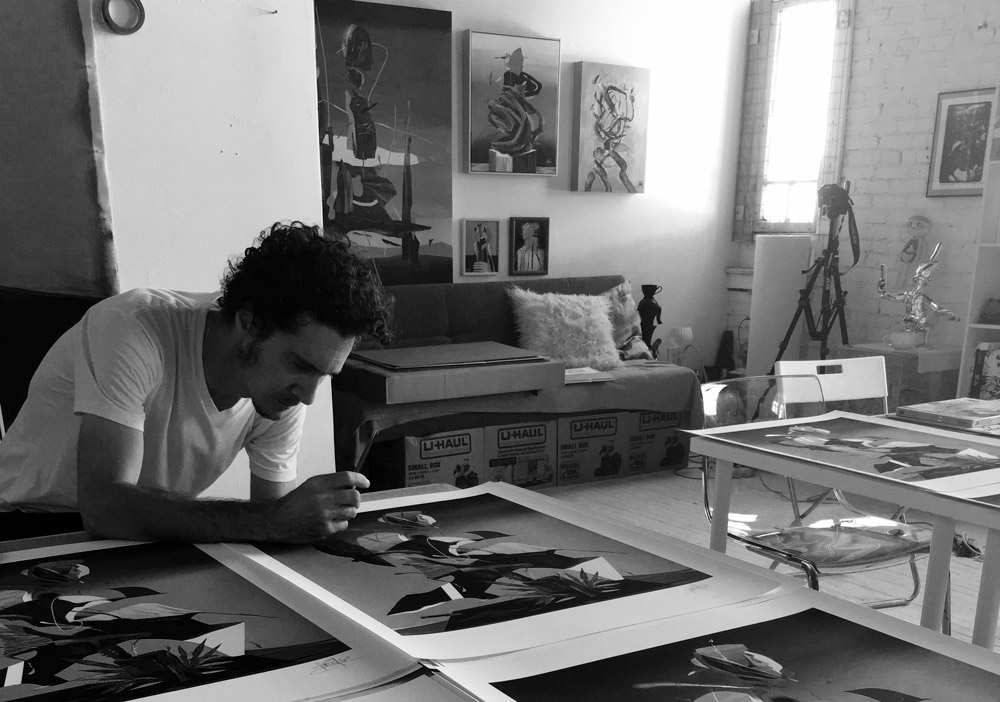 1x: Tell us a little bit about this piece, anything immediate you would like us to highlight about it?
Dave Kinsey: This piece was the first piece I created when I moved back to LA in 2015, so there’s a thread or connection between my five year stint in the mountains to re-establishing myself back into Los Angeles. It’s a transitional piece of sorts—mentally and stylistically. 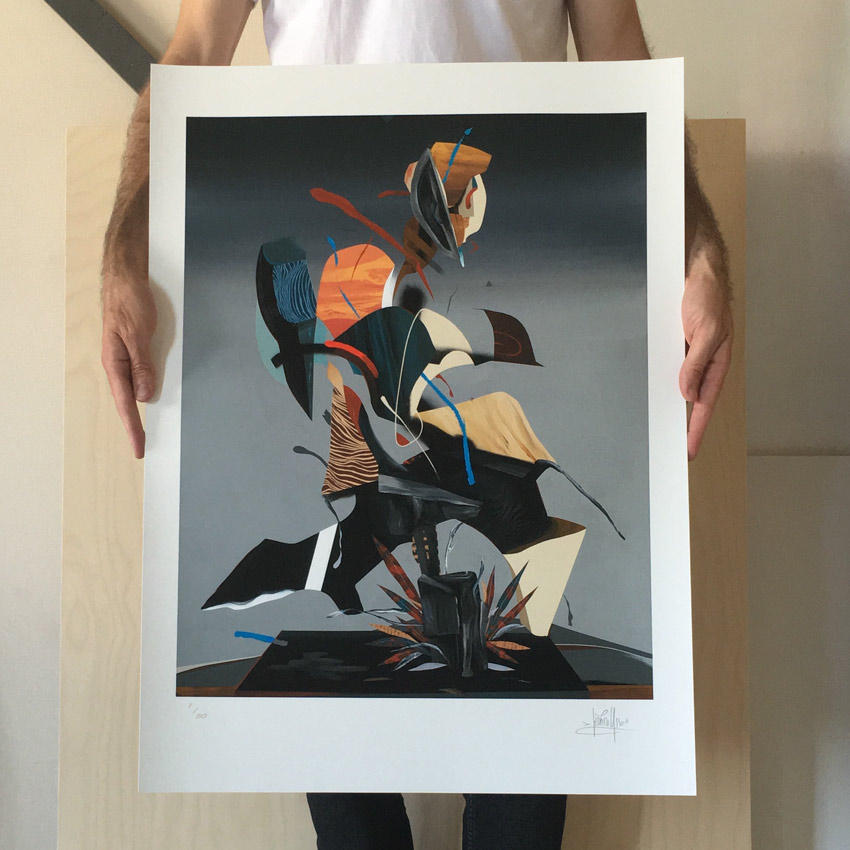 1x: Was this piece part of a recent theme, series or show that you had? If so how did it fit into that given grouping?
Dave Kinsey: I created this piece for my last solo show in SF “The Modern Condition”. It was also the first piece I painted for the show, which is what set the mood for the show when it comes to visual direction—colors are a bit more subdued than my last body of work. 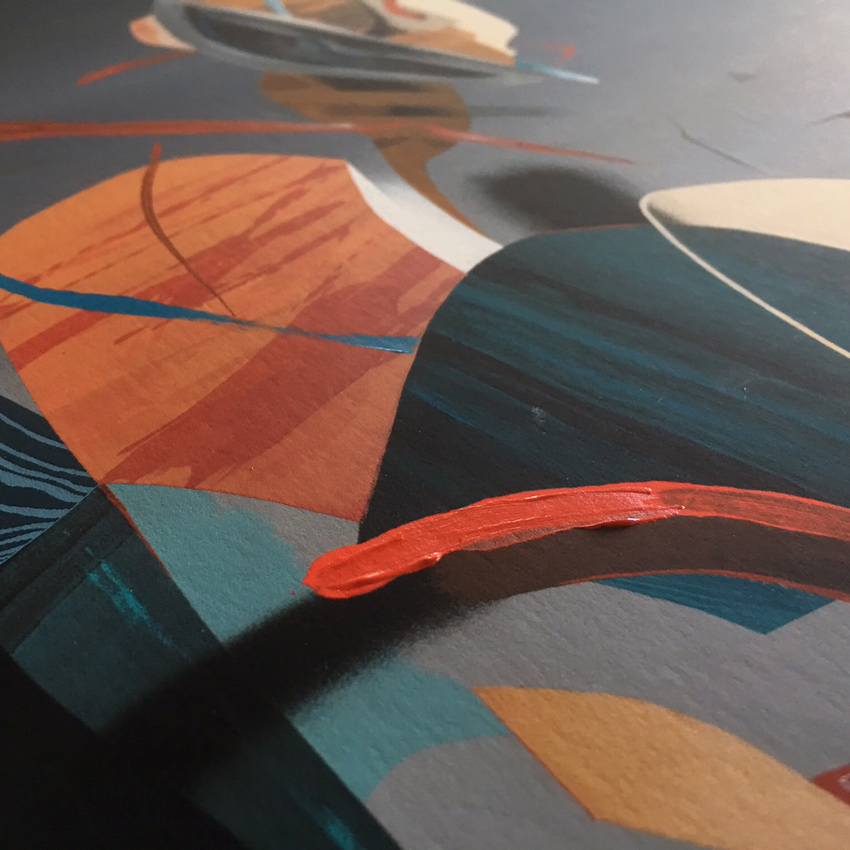 1x: What materials were used to create this piece?
Dave Kinsey: Acrylic and collage (old book pages) on canvas.

1x: When was the piece created?
Dave Kinsey: This piece took me about two weeks off and on to complete back in 2015. 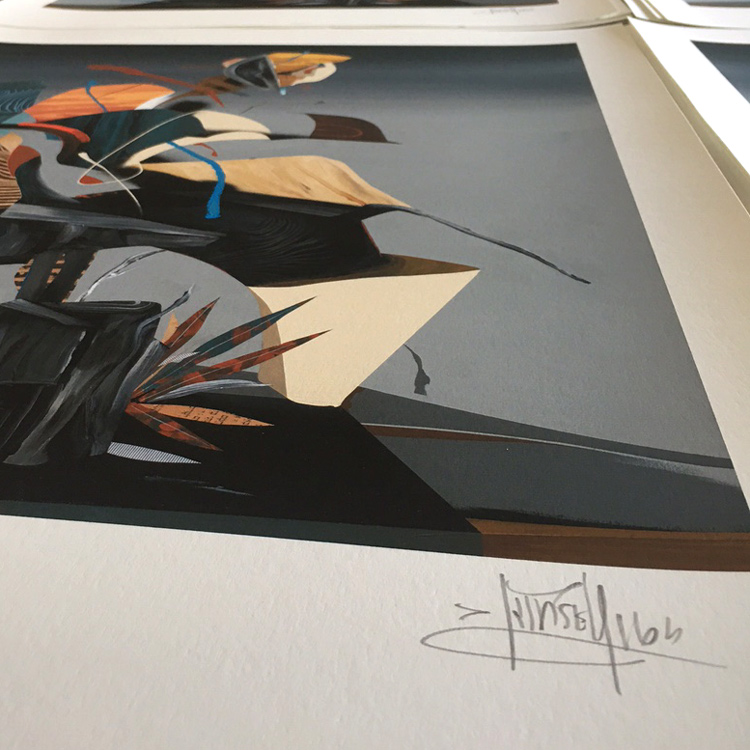 1x: Tell us how the idea and execution came about?
Dave Kinsey: 1xRUN wanted to do something different with me and I liked the idea given my background in screen prints—process and production. I feel digital prints only offer so much when it comes being hands-on with the process, so going this route made more sense for me. 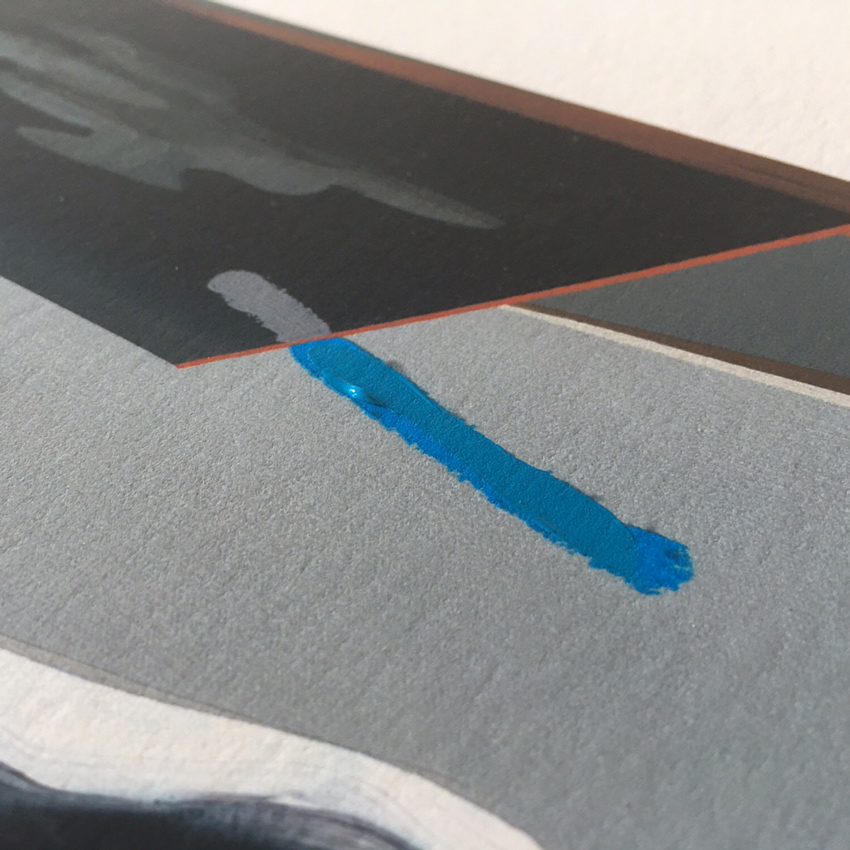 1x: What do you feel is unique about this piece?
Dave Kinsey: It’s another stepping stone from the work I produced in 2014 for my last big solo in Detroit at Library Street Collective, so for me it’s an important piece in regard to change and evolution as an artist. I keep finding myself making less and less sense of the work I’m creating, at least from a representational point of view, and the ambiguity is pushing me to evolve without any restraint creatively. 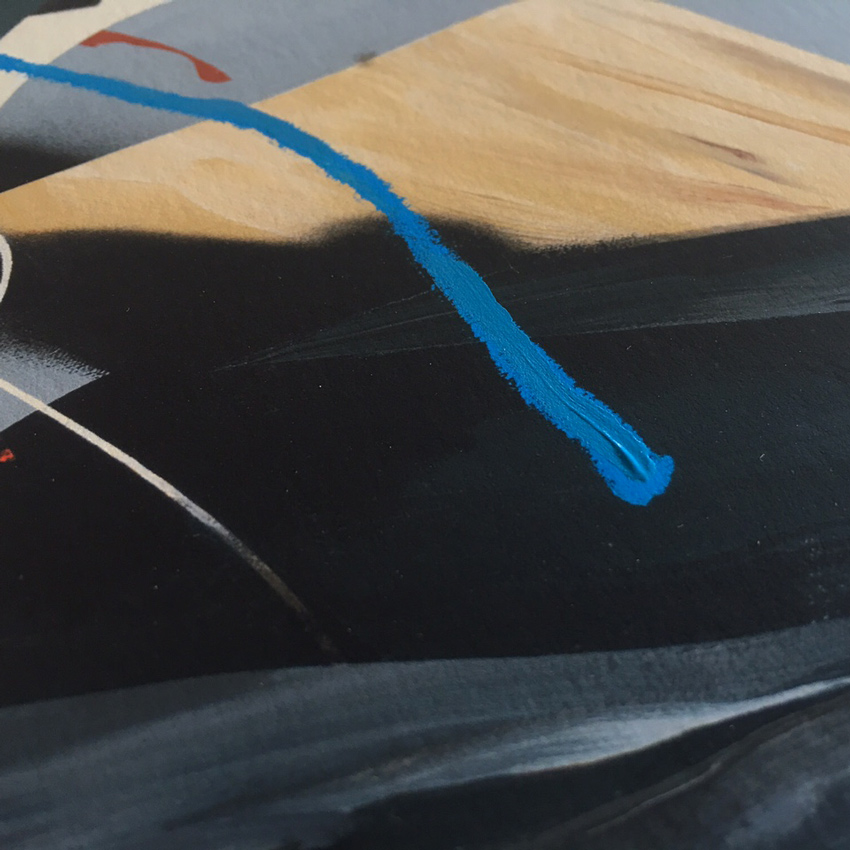 1x: Why should people buy this print?
Dave Kinsey: Because they fucking love it! Why else do people buy artwork? 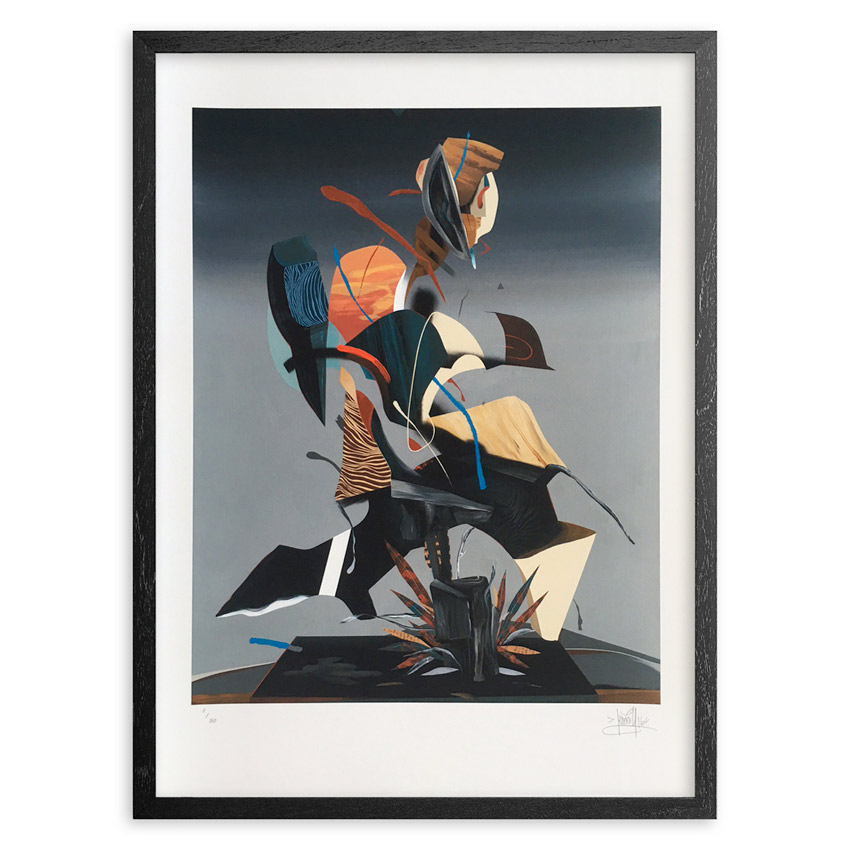 The Modern Condition by Dave Kinsey – Click To Purchase

1x: It’s been a few years since our last release Riot & Reason, bring us up to speed on what’s been going on with you?
Dave Kinsey: I’ve had a big departure from that style, so that’s been the most significant thing. Also moved back to LA a year ago, so I’m finally settling back in. 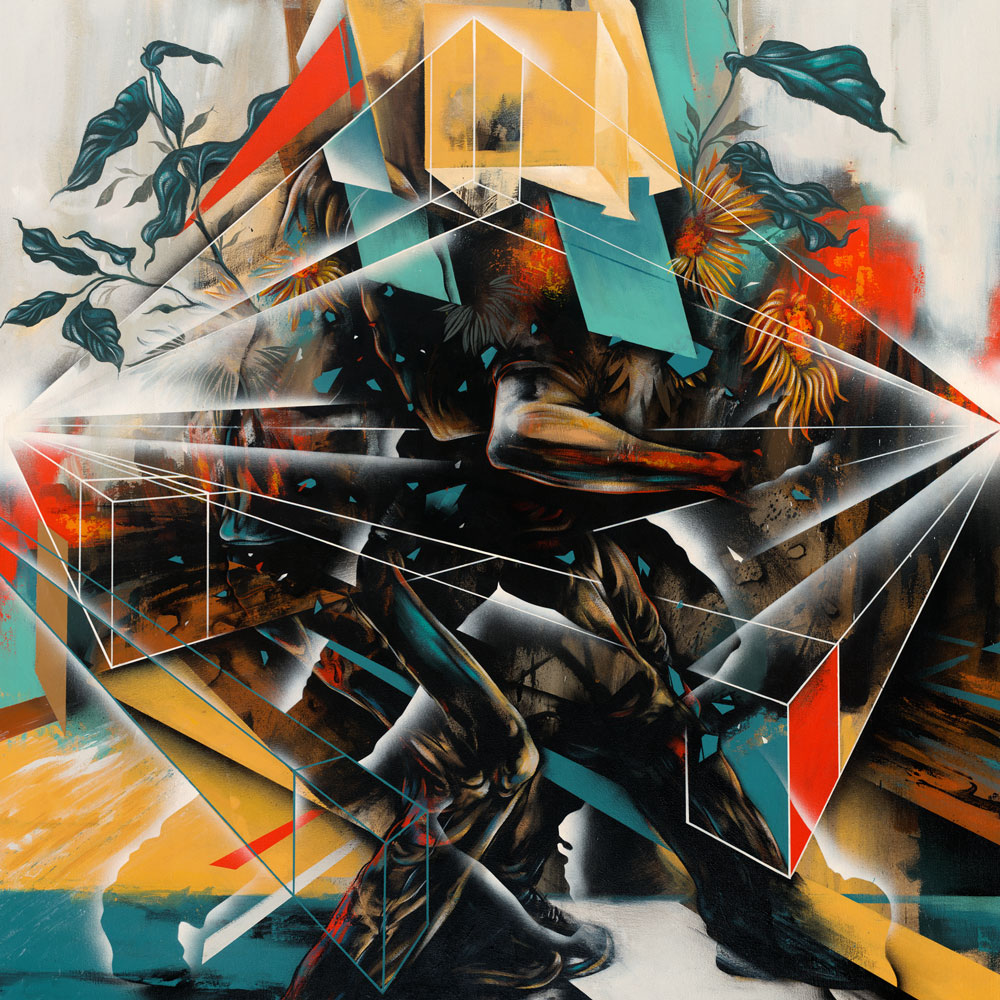 1x: What strides do you feel you’ve made recently in your work?
Dave Kinsey: With my latest work, I feel I’ve finally found a voice I feel totally comfortable speaking—a native tongue so to speak—which has been huge for me on a personal level. It took me isolating myself for five years to get there which was a challenge in many ways but I’m glad that I went for it.

1x: What types of setbacks have you experienced with some of your recent pieces and how have you overcome them?
Dave Kinsey: Sacrifice has been my biggest set back, at least monetarily but the tide is finally turning now that the work is soaking in.

1x: What is your daily routine like and how do you balance “work” and “leisure” activities over the course of 24 hours?
Dave Kinsey: Still painting mainly full time and doing some small design projects for brands and other things I connect with. Living in the mountains redefined how I live my life, or want to live for that matter. Been enjoying taking photos too, it’s a new hobby for me.

1x: Any artists (new or old) that have been inspiring you as of late?
Dave Kinsey: Really into Max Ernst at the moment. His works are so oddly beautiful. 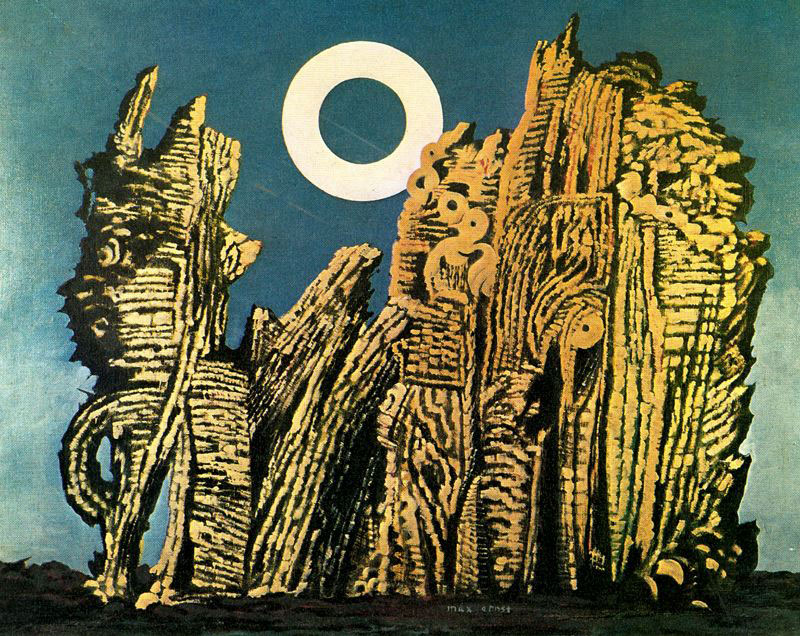 1x: Any new music that you’ve been enjoying in the studio as of late?
Dave Kinsey: Been exploring a lot of older music that I maybe slept on (TuPac, Killing Joke, The Church, Chopin), which seems new to me. Really into Kendrick Lamar at the moment too, but he’s not so new any more.

1x: What was the last piece of art that you bought?
Dave Kinsey: I mostly trade now, but I did buy a wooden spire sculpture that’s six feet tall and weighs like 500 lbs. Still confused as to why. It was one of those things I just had weird connection to, so I just went for it.

1x: Any big shows or events coming up that you’d like to share?
Dave Kinsey: It’s still tentative but I’m shooting for a proper solo in LA in 2017.