We first started working with artist Erik Otto all the way back on RUN #00061 in 2011. Fast forward 6 years later and Otto visits us here in Detroit to collaborate with our in house screen printer Jonny Alexander to create his latest release Wavelengths as part of his latest ongoing series From One Place To The Next. Read on as Erik Otto gives us the rundown behind his latest series, his time in Detroit and more . . . 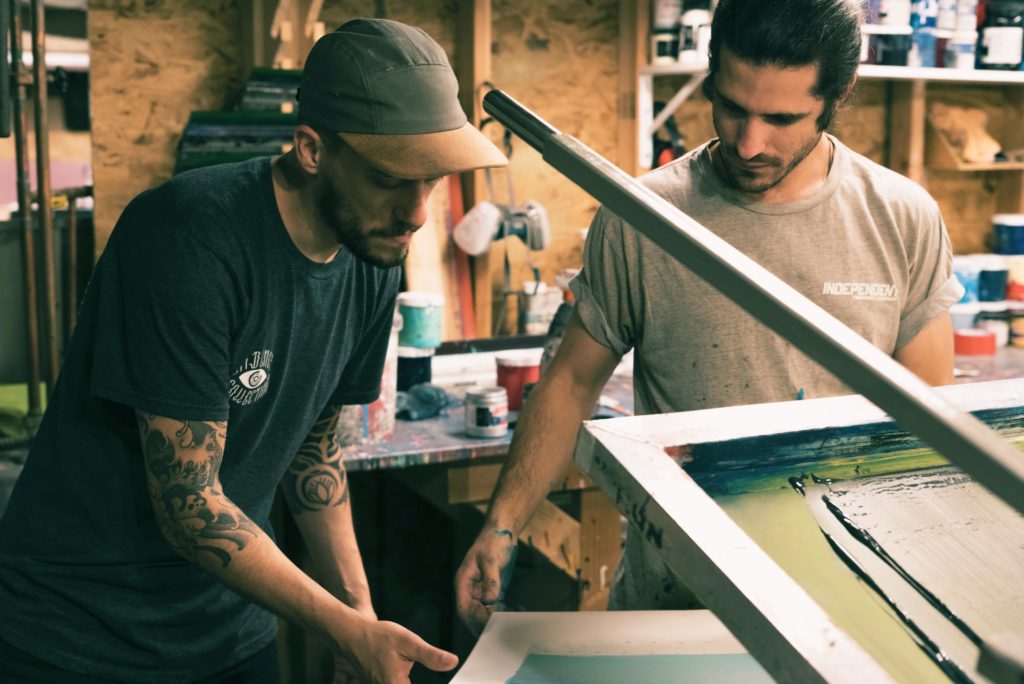 1xRUN: Tell us a little bit about this series, anything immediate you would like us to highlight about this image?
Erik Otto: This series is being created during a 2-month time of transition as I relocate from San Francisco to Brooklyn seeking inspiration, new opportunities and a fresh perspective.

1x: Was this image part of a recent theme, series or show that you had? If so how did it fit into that given grouping?
Otto: While gearing up for the newest chapter in my career, relocating to New York, I produced an original body of work inspired by alternative perceptions of the human experience. Utilizing new techniques and mediums, correctional tape and paper collage, alongside my best-known mediums of aerosols, enamel and neon lights, I am consciously exploring the power of mental representation. Incorporating my signature rings throughout the layered compositions, I encourage the viewer to investigate, acknowledge and reflect on their own mental state, celebrating the potential of transitions in whatever form they may take.  The idea was to throw in other surprises under this same concept along the way and I knew I wanted to make a collaborative print with someone I have worked with in the past. 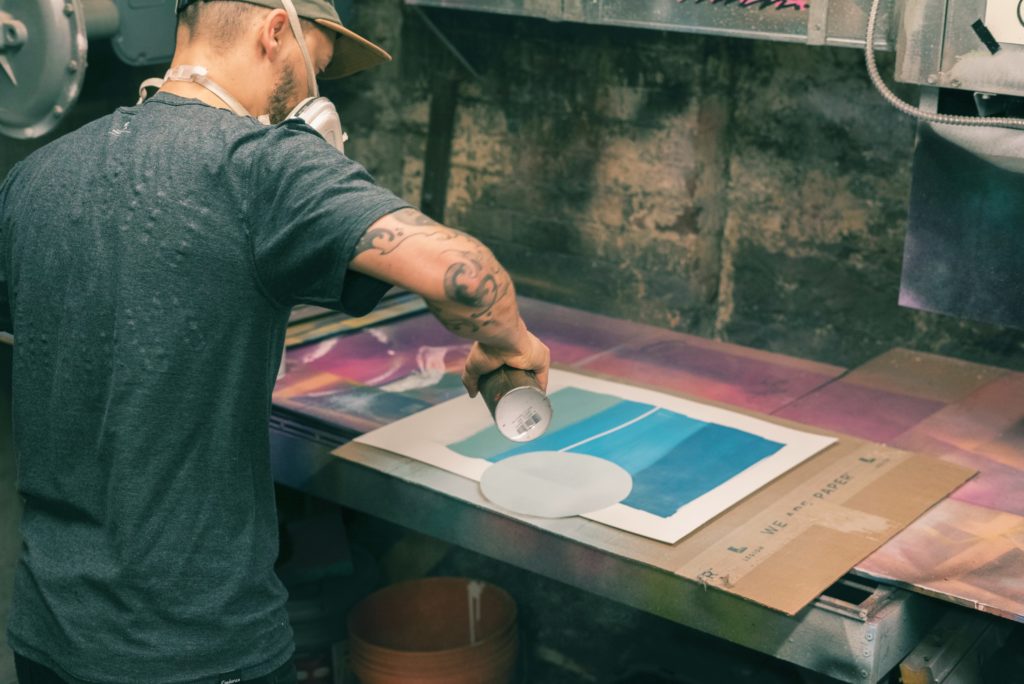 1x: What materials were used to create this original piece?
Otto: Each of these pieces were create on the spot over the course of 3 days here in Detroit using acrylic, aerosol, correctional tape and gradient screen print. 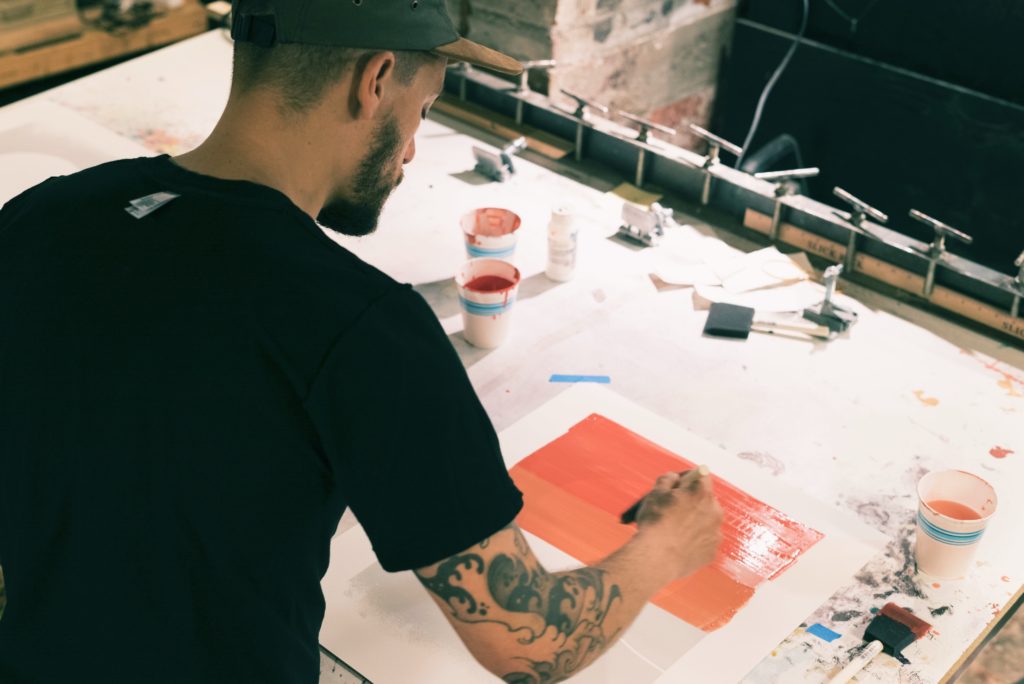 1x: What is unique about this piece compared with your other work?
Otto: It’s rare I produce prints and my goal is to approach them as their own unique art form working improvisationally within the constraints of the medium.

1x: Why should people buy this one of these prints?
Otto: It represents a specific moment in time and it’s an affordable option to owning something original. 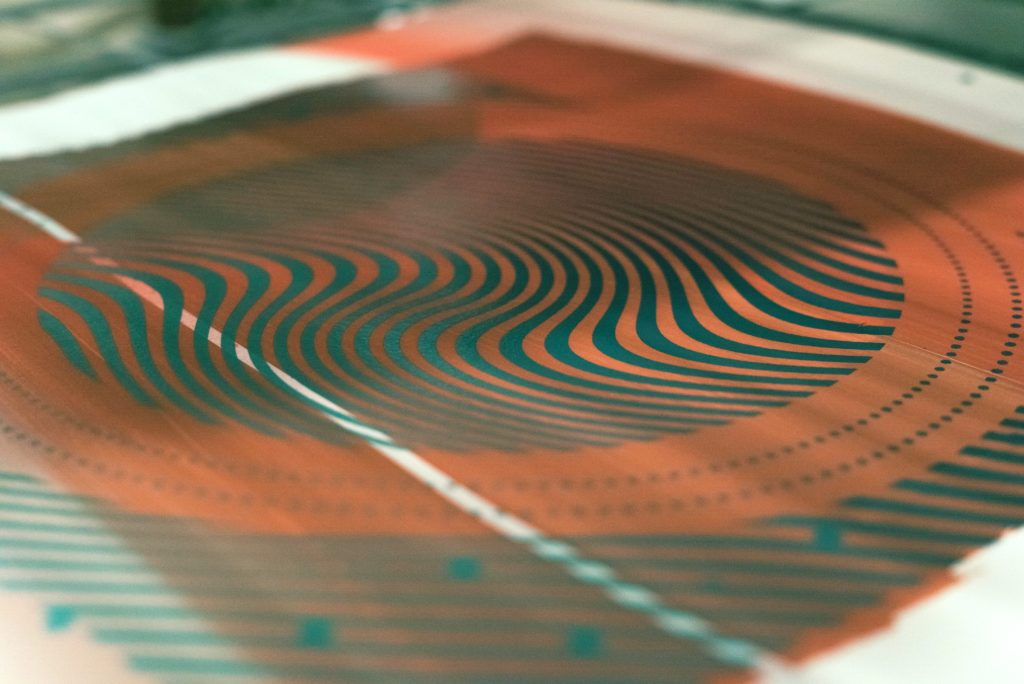 1x: Tell us a little bit about your time in Detroit, what were your thoughts?
Otto: Detroit is a fascinating place. It obviously has been through a rough past, but the current state is inspirational. It has both an urban center vibe with plenty space to roam around and explore. I have always been attracted to urban decay and Detroit has a never-ending supply of that. And what feels like an intimidating city at first, the people are welcoming, positive, and for the most part, anticipating the rebirth of such a remarkable city. Detroit is a place if resilience and there’s definitely a unique energy that comes with that.

1x: What was it like working in the shop here, how did you feel about the process ?
Otto: With each city I visited on my tour, there’s always a small amount of getting to know the environment before I jump into the work. I’d like to think my work has some reflection on everything I am taking in. After getting familiar with facility itself and my collaborator Jonny, things moved fast and seamlessly. I am right at home wherever I am creating and this time was the same. It takes a certain element of chance to drop in somewhere and make work that is relatively undetermined making creative decisions and resolving challenges on the fly, but the final result exceeded expectations. 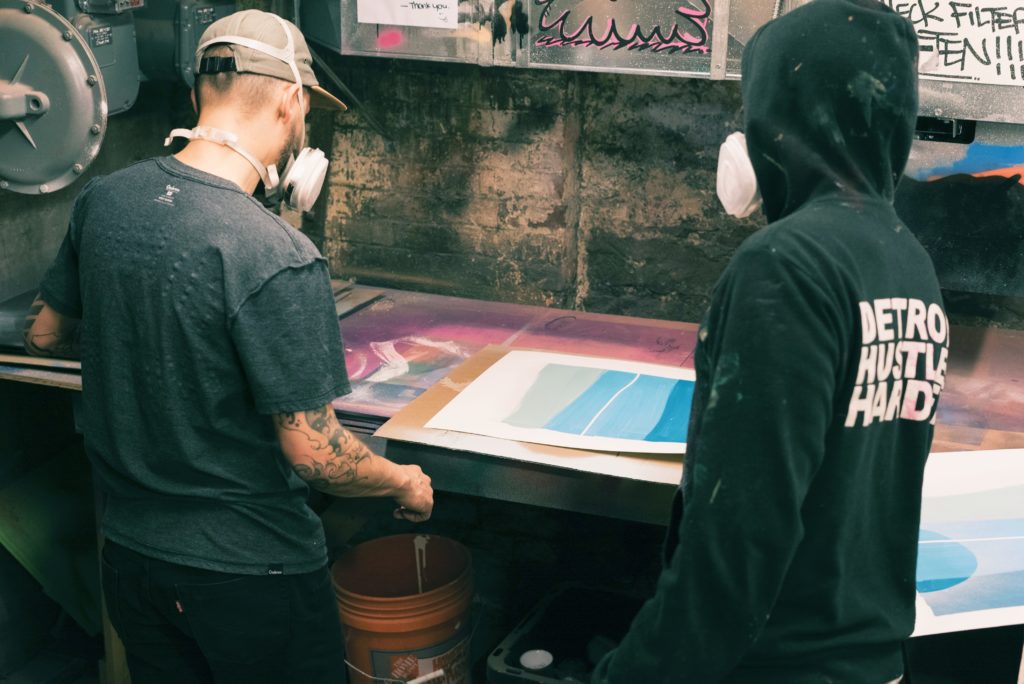 1x: You recently kicked off a cross country journey from San Francisco to Brooklyn, including your recent stopover in Detroit, how did that come about?
Otto: I had the idea to move to for a while. Originally, I was planning for Mexico City and was living there off and on over the span of 3 years. Prior to that, I was always sort of a nomad — living and working wherever it made sense while not holding down a secure living spot. As difficult as this was, it was all intentional since the art life could not afford such a robust traveling lifestyle I had always dreamed of. I learned so much in those 6 years that has forever shaped my life. After finally securing a room in SF, things got slow for my line of work. Rather than complaining and hating, I learned and accepted the changes that were happening and found ways to restructure and connect with a new wave of people moving to a city I had been in for 12 years. Today, I feel pretty secure in my career and have decided to keep the SF studio while I relocate to a new place where I can grow even more.   Not wanting to rush the process, I initiated a small tour through 7 cities, reconnecting with friends and creating along the way. I have family in Detroit, my dad used to live there, and I have always been intrigued by cities that have experienced great hardships yet continue to thrive. Of all the cities I visited, Detroit was the wild card and by the end, I know I want to come back. 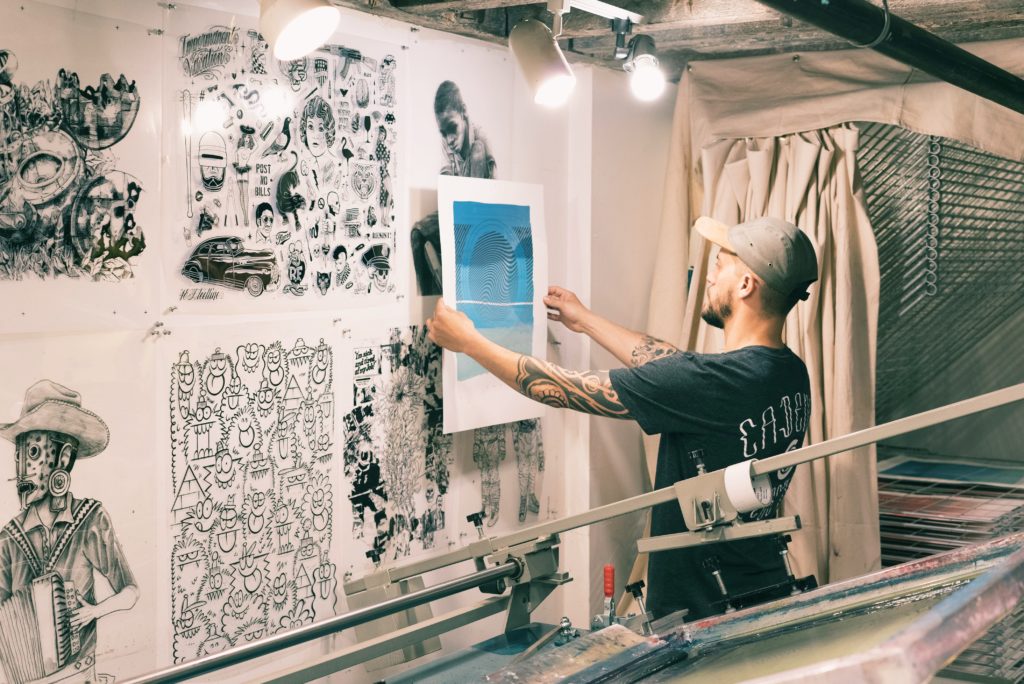 1x: Was there one specific reason you’re leaving from the Bay area to the East coast or a combination of some things?
Otto: I usually don’t let money dictate my decisions, but once I learned I could get a place in NYC for the same price as SF, it just seemed like the practical thing to do for my career. I also love riding a bike and having all the options for transportation — NYC has it all, and all of it without having to driving a car to see it. The city is alive and full of history and extreme diversity. And as a Bay Area kid, I am looking forward to four seasons.

1x: What else is on the docket for you over the next couple months as you make the transition?
Otto: I have a pop-up show back in San Francisco on June 1 with the recent work created in the series so far. This marks the conclusion of part one of the new work presented in this new format — the second part will take place in New York City with a pop-up show to follow at the end of summer.

1x: Anything else you want to touch on that we didn’t address?
Otto:   See more info on the project here — erikotto.com/fromoneplacetothenext.