“Game changer.” Typically a tenuous statement at art exhibition openings, these very words — along with an array of synonyms — were appropriately repeated throughout the Long Beach Museum of Art‘s opening of Vitality and Verve: Transforming the Urban Landscape last Friday. The collaborative exhibition, in partnership with Thinkspace‘s Andrew Hosner, and POW! WOW!‘s Jasper Wong birthed a new echelon for contemporary art. These pioneers achieved precisely what they set out to do and possibly more than they ever could have envisioned. In fact, the event yielded some major buzz, with predictions that it’s just the beginning – a new chapter for ‘the movement.’

1xRUN co-founder Dan Armand and contributing writer Miya Tsukazaki were on the scene at the opening of Vitality and Verve, read on for photos of these breathtaking installations below… 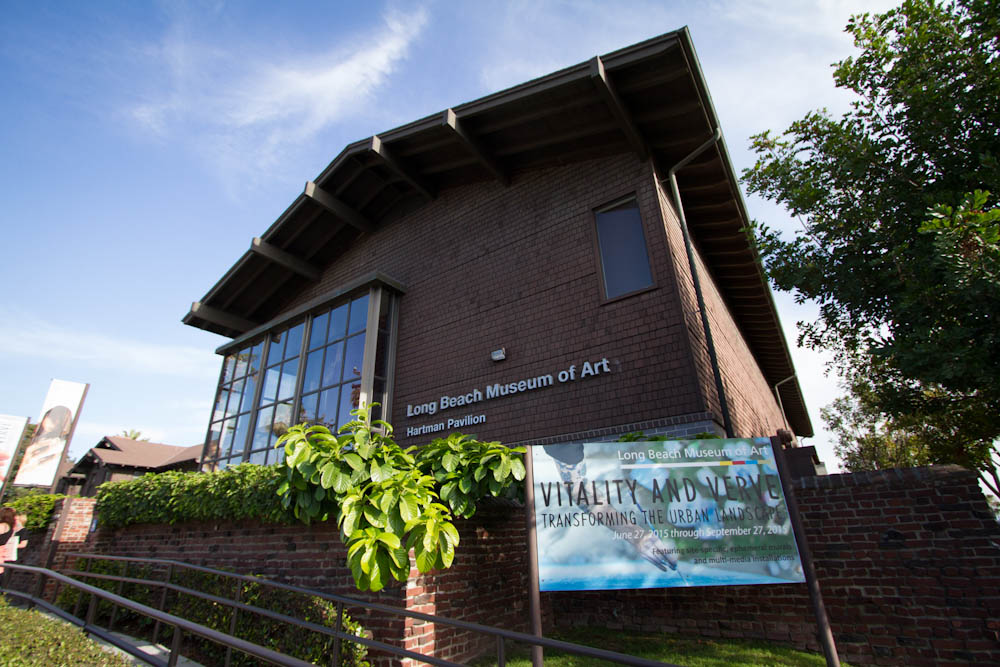 Aside from the obvious – record-breaking attendance, the gifted caliber of artists, and the brilliant work they produced (which, by the way, is a complete understatement) – Vitality and Verve communicated a significant global message on behalf of the contemporary public art movement.  The kicker, here, was that it granted the all-encompassing institutional recognition of the growing cultural impacts and accessibility of an art form that has gained world-wide momentum outside of these very institutional walls. It incorporated artists from all walks of life, all forms of mediums, and all types of stylistic backgrounds,  unifying them under one (very prestigious) roof. The primary link between the extraordinary lineup is that almost all of them have produced public art at some time their careers, whether it was in the form of street art, murals, installations, or graffiti. And they did not disappoint, covering entire LBMA with exceptional murals and installations, from top to bottom.

Monumentally, Vitality and Verve leveled the playing field for those on both sides of the coin. It allowed artists who got their start in the streets and have since evolved into studio and gallery work, and visa versa, a chance to present their work with the weight of a historical, accredited institution backing them, to paint and install directly onto museum walls. The artworks will have a limited three-month life and then be completely covered and de-installed on September 27th, tangibly disappearing forever. Despite the temporary nature of the artworks, the LBMA staff, lead by Executive Director Ron Nelson, wholeheartedly supported the artists’ visions, rerouting air conditioning, installing drywall, and allowing paint via fire-extinguisher, for example, to help execute each work of art. 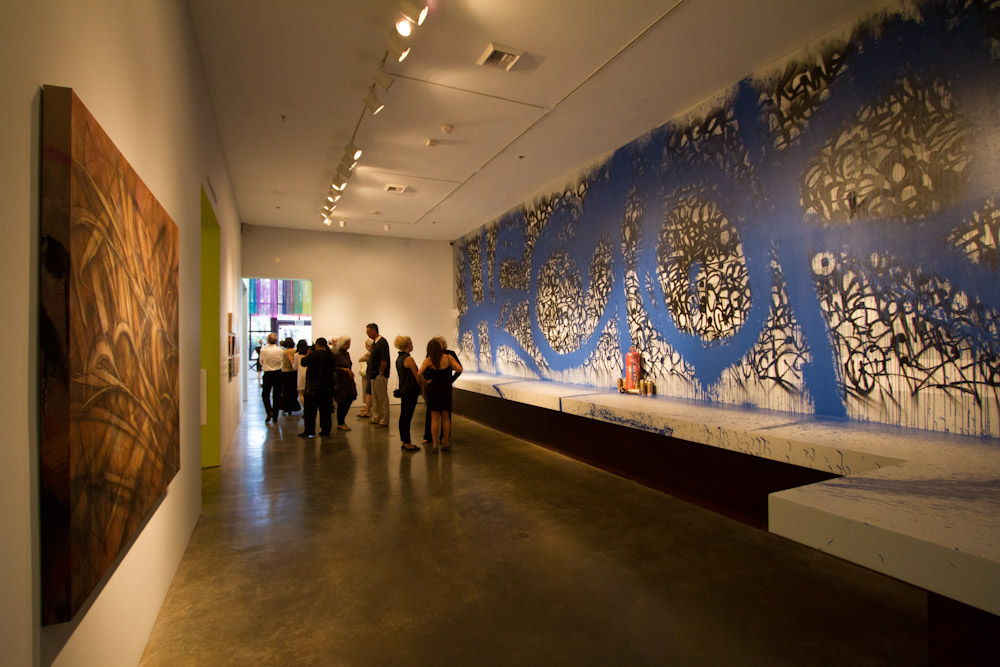 Two Los Angeles based artists used the group exhibition to showcase new political artworks, both addressing the rapidly increasing incidents of innocent, unarmed Americans who are gunned down by police every year in America. As statistics reached upwards of 500 people nationwide whose lives have been taken in 2015 (as of the week before the exhibition opened) Los Angeles-born graffiti legend Saber, chose to dedicate his entire piece, which covered a massive wall on the entry level of the museum) to the victims. After writing every single name of the deceased victims over a beige and white rendering of the American flag, Saber used a fire extinguisher to write a final name “Hector” over the entire piece, leaving the extinguisher and used spray cans on display below. The bleeding, explosive text refers to Hector Morejon, the unarmed 19-year-old who was shot and killed in Long Beach on April 23, 2015 and was allegedly painting graffiti in an abandoned home.

“These numbers are so consistently overwhelming, that the conclusion leads this discussion away from the individual officer to the bigger problems of police culture within the system, and the structure in which they are trained,” said Saber.

But not everyone understood the message, and some were even appalled at the in-your-face result. Regarding the implications and controversiality of his piece, Saber explained, “This is the basis and heart of the movement – these are the elements that built the fucking movement.”

The shock value that resonated from Saber’s piece set a local precedent for discussions regarding police brutality and was commended by Long Beach’s new mayor, Robert Garcia. 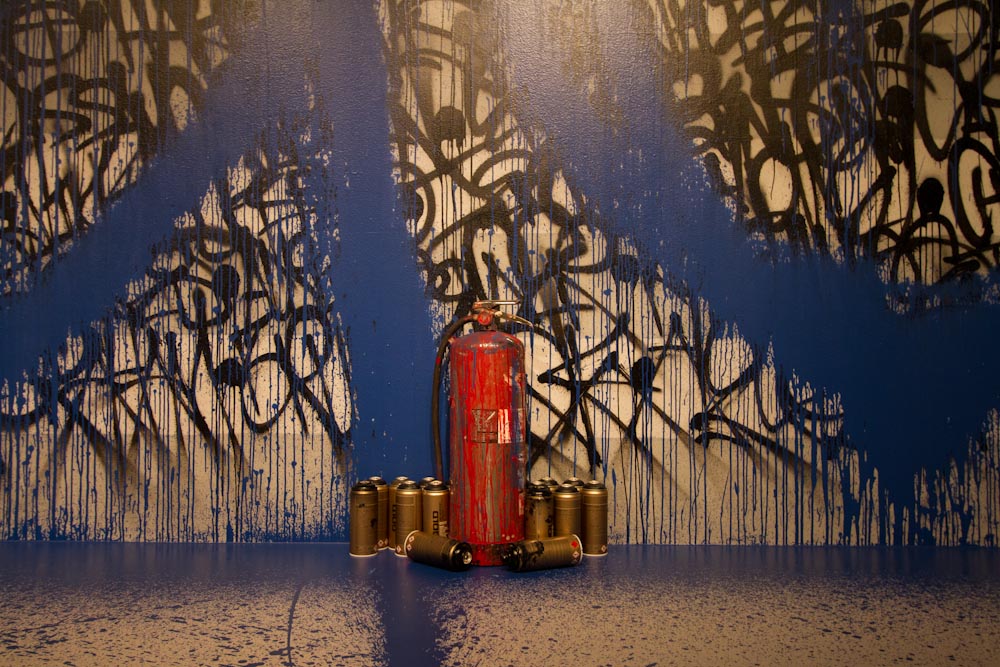 Australian-born artist Meggs took a slightly less-overt approach, painting and installing a message on three of the LBMA’s walls. His first piece, located on the staircase of the museum foyer was a drywall-simulated bullet hole, exposing a split image of a traditional target range poster and a portrait of a teenage Latino boy holding a gun. 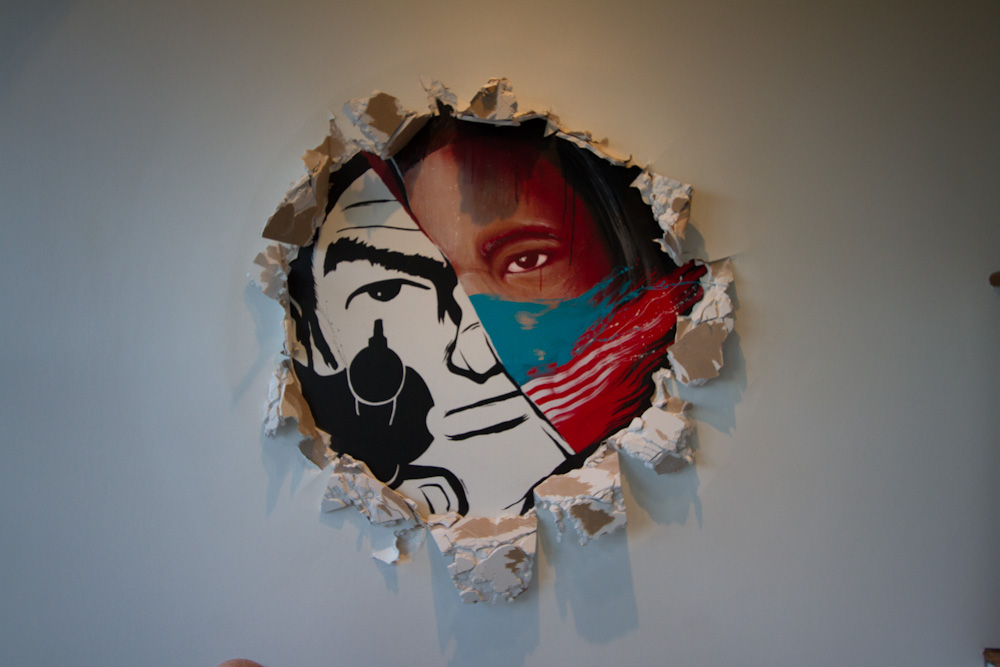 As you turn the corner, the back of the wall revealed the front end of the bullet hole, which read the installation’s title, ‘Not The Enemy.’ Directly in line with the preceding walls, Meggs’ last artwork completed the triptych, illustrating the entire picture previewed on the first wall, that the boy isn’t holding a gun at all, but rather a spray can. 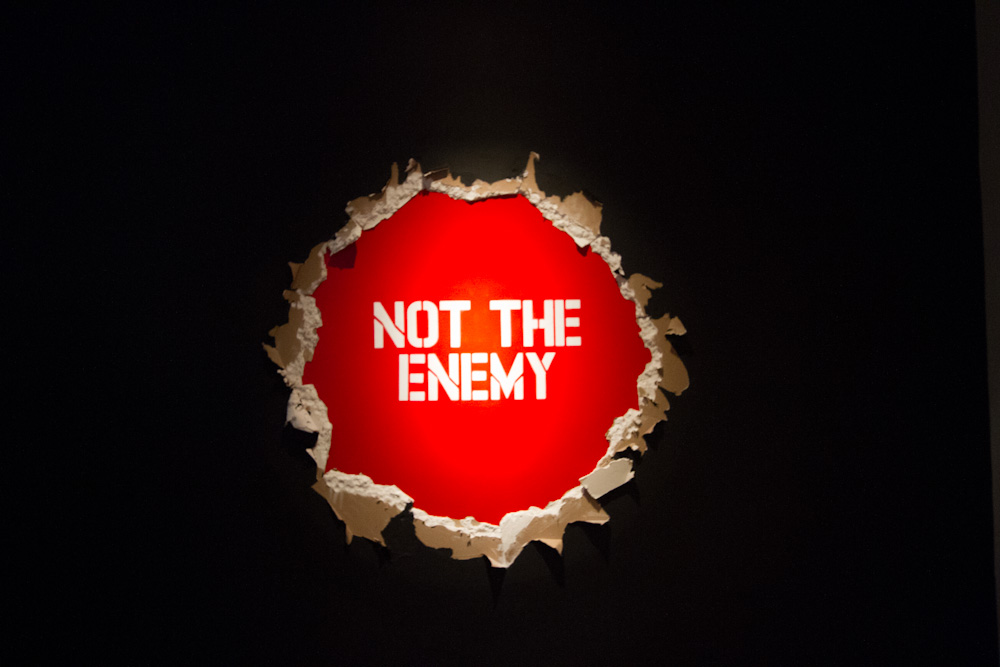 “While institutions begin to recognize the social and artistic importance of this movement, it’s also important to recognize and understand the roots of that movement and the broad spectrum of people and practices it encompasses,” said Meggs. “As an artist who has painted in abandoned buildings myself, I felt it was important to shed light upon and question the extreme and unnecessary course of action taken by police and the negative social stigma and over-inflated legal penalties associated with graffiti art. It also refers to the larger problem – the treatment and violence towards unarmed citizens in the US.” 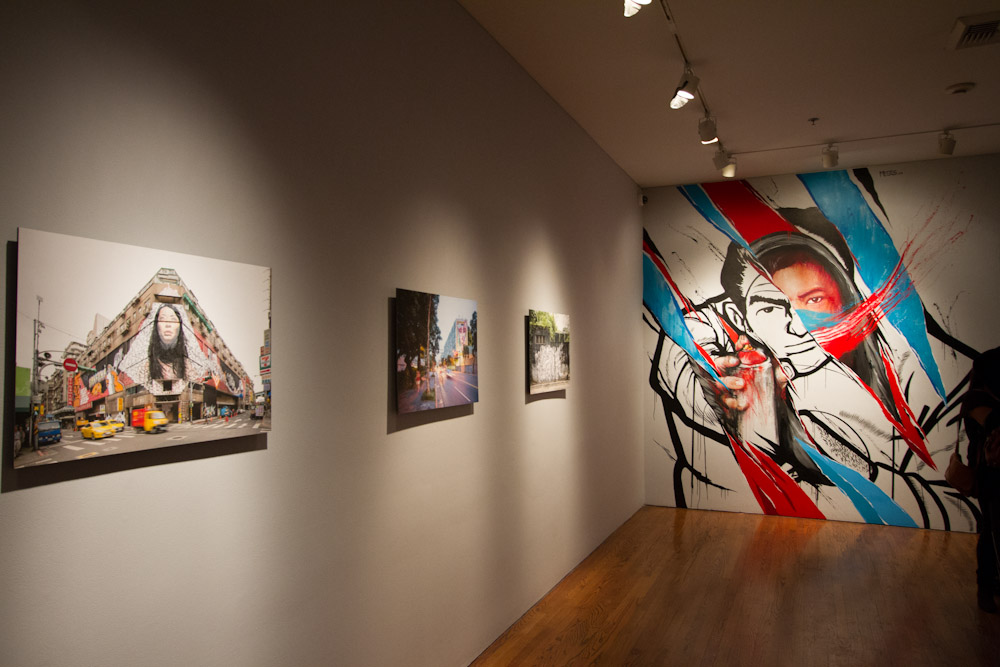 Although the contemporary public art movement as a whole has gained enough global momentum for it to be widely-recognized and praised in pop-culture today, this exhibition solidifies the scale, significance, and promise of what it will bring in the future. It’s safe to say that Pow! Wow! paved the way for this exciting, new tier of contemporary art through Wong’s strategic, brave approach in elevating his now-international mural festival by giving the LBMA and Thinkspace a platform to further elevate the movement as a whole. Hats off to the team for blowing the boundaries with Vitality and Verve and for opening new avenues of social emphasis, historical implications, funding, and media attention for the movement. The aftermath is yet to be determined, but the dawn of this new day is something that we are all looking to with bright eyes. 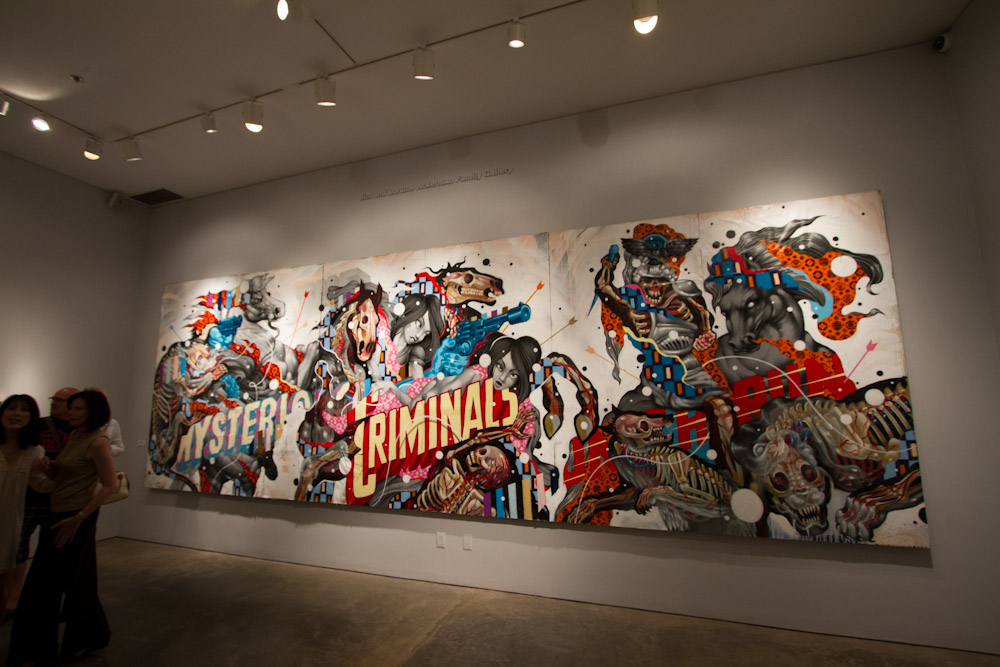 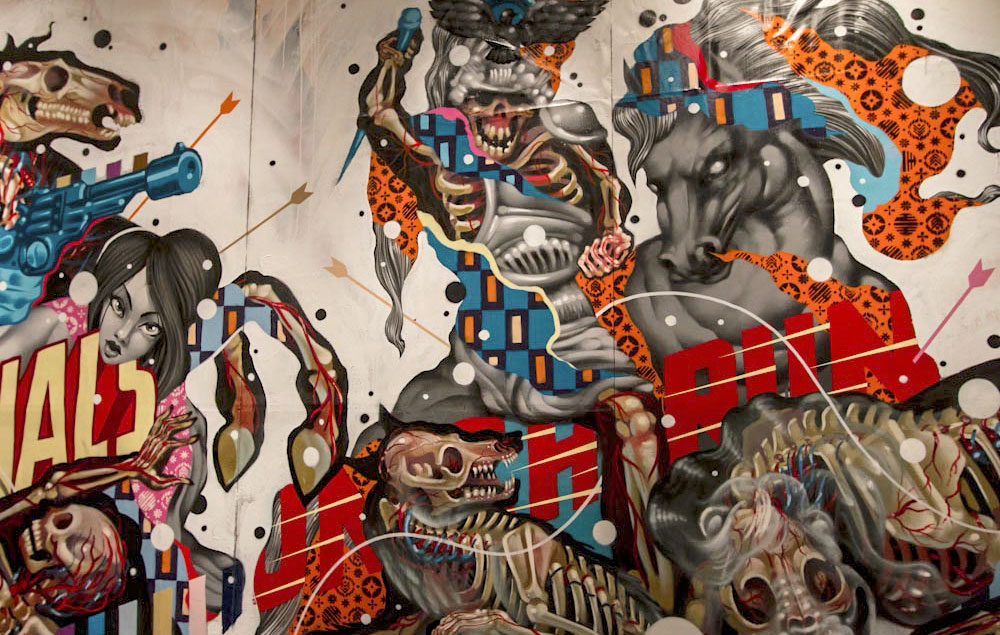 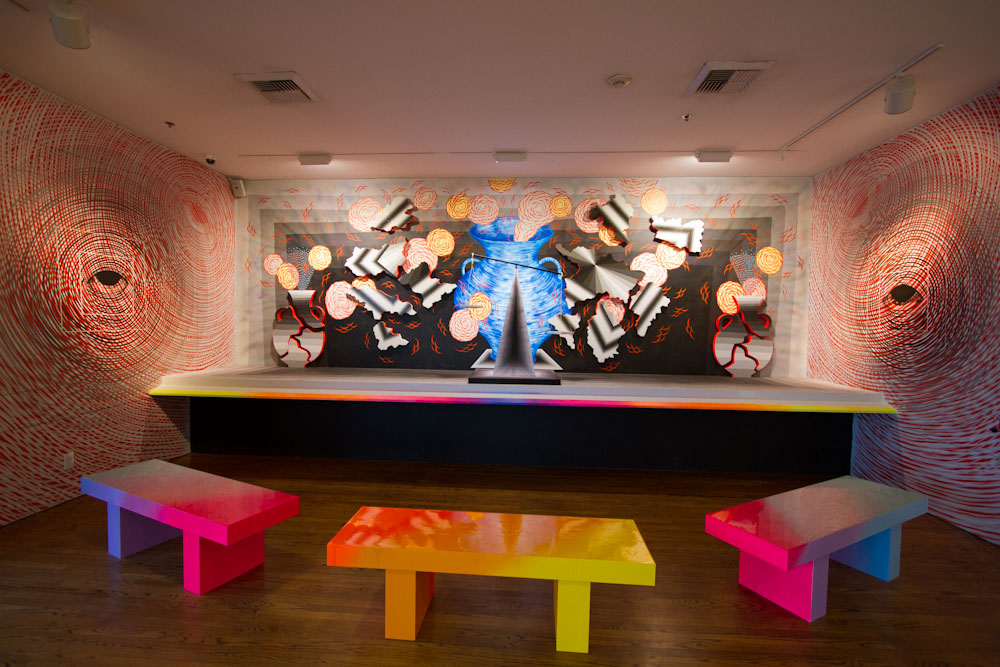 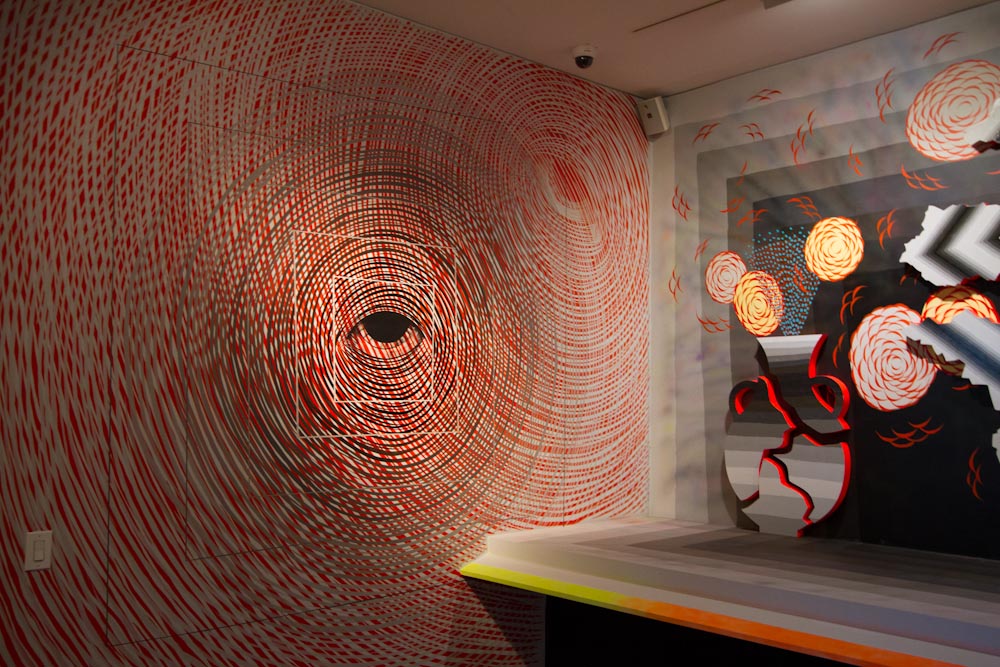 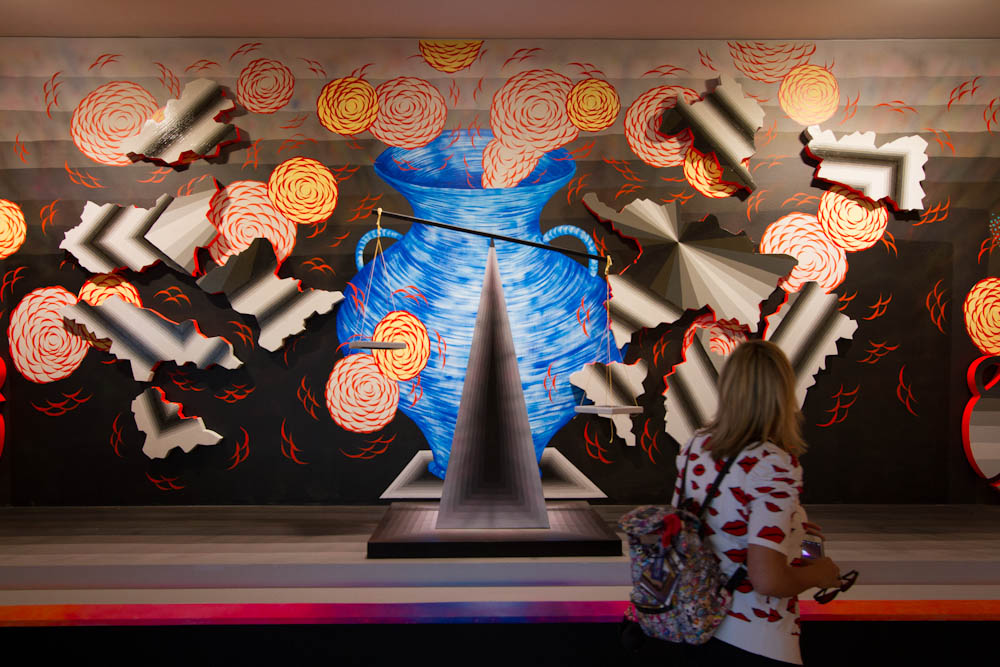 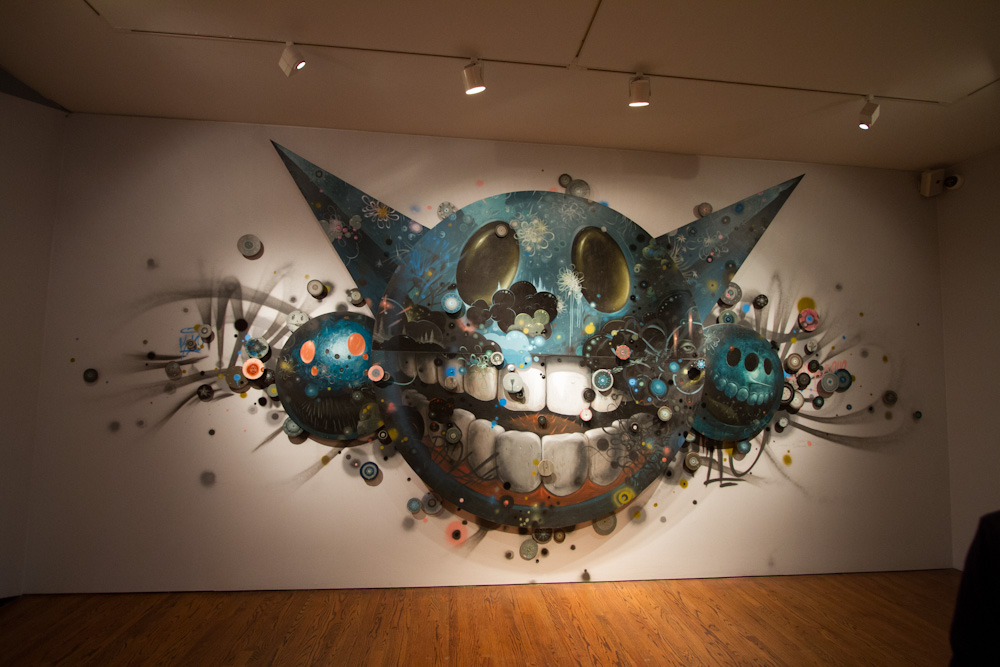 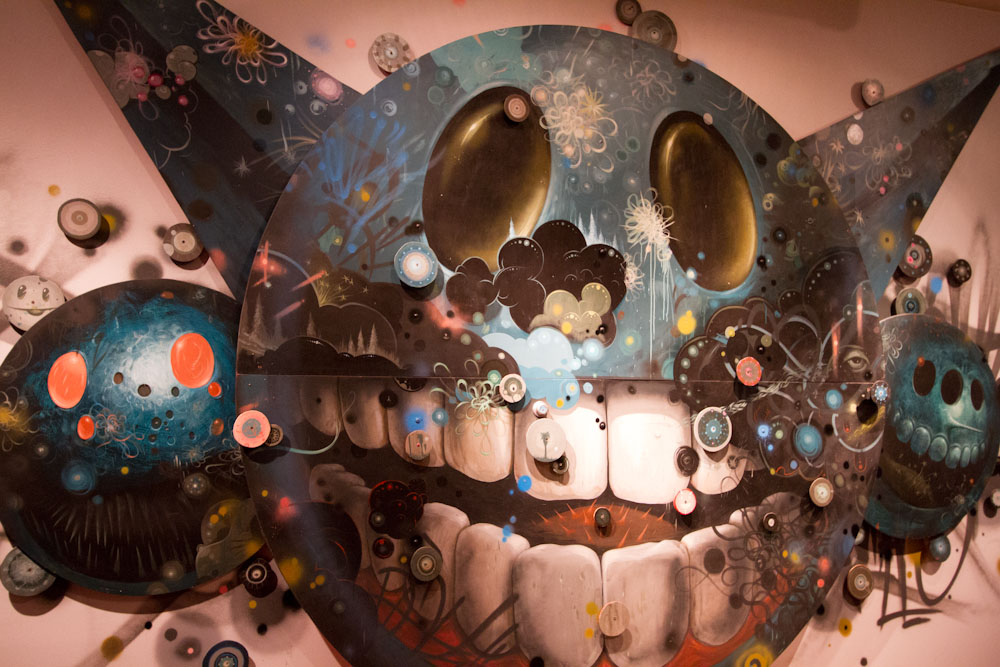 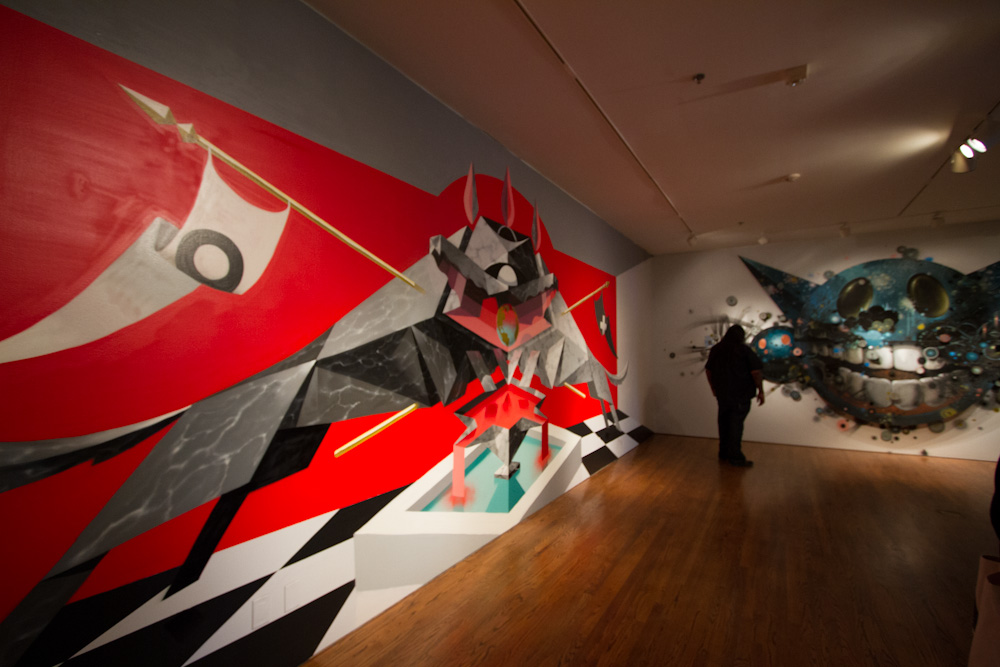 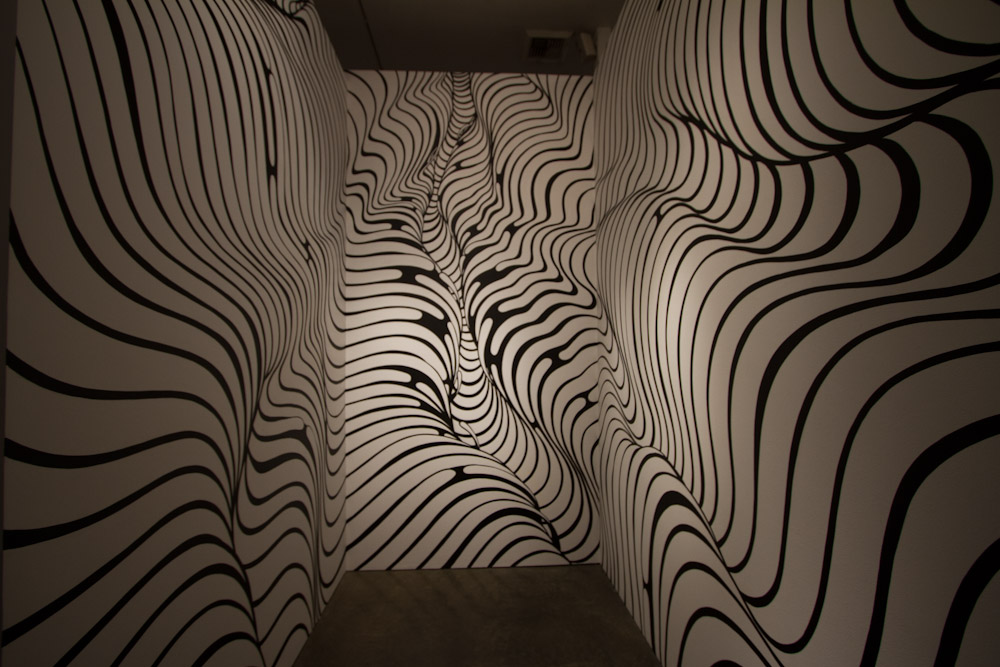 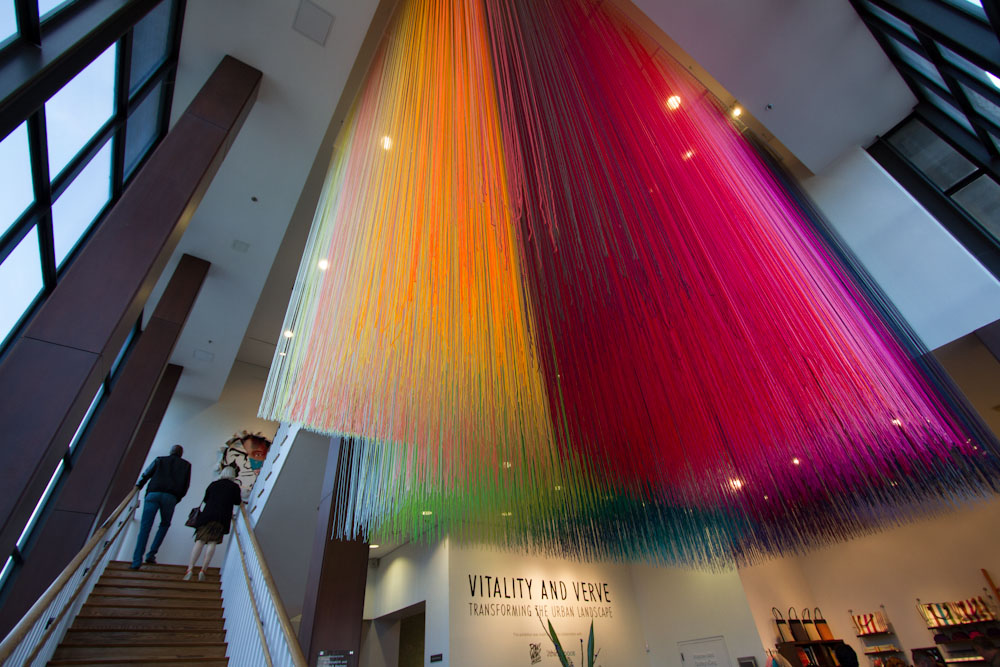 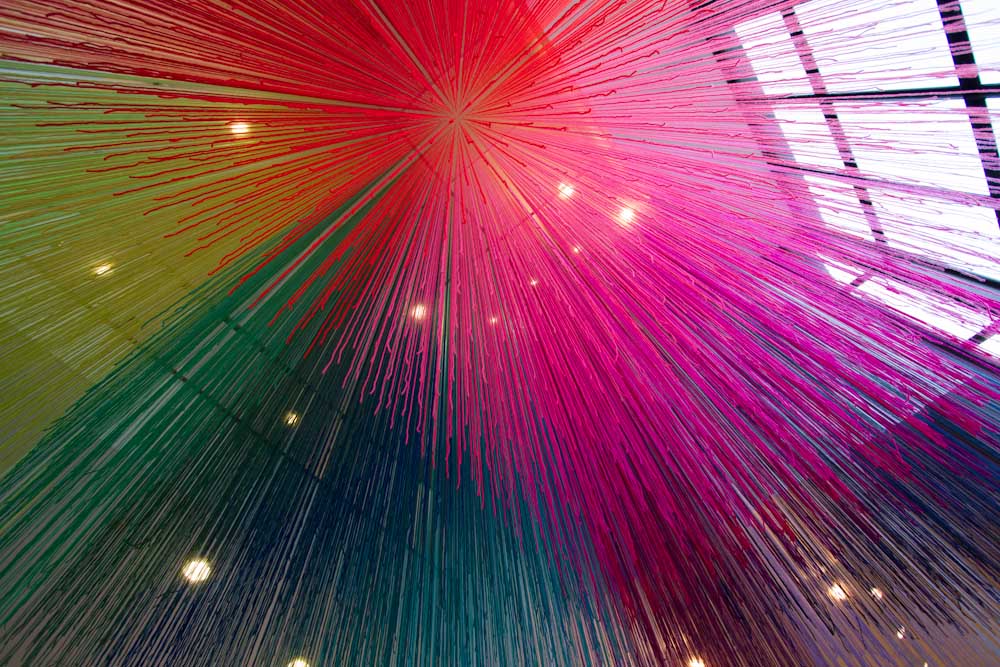 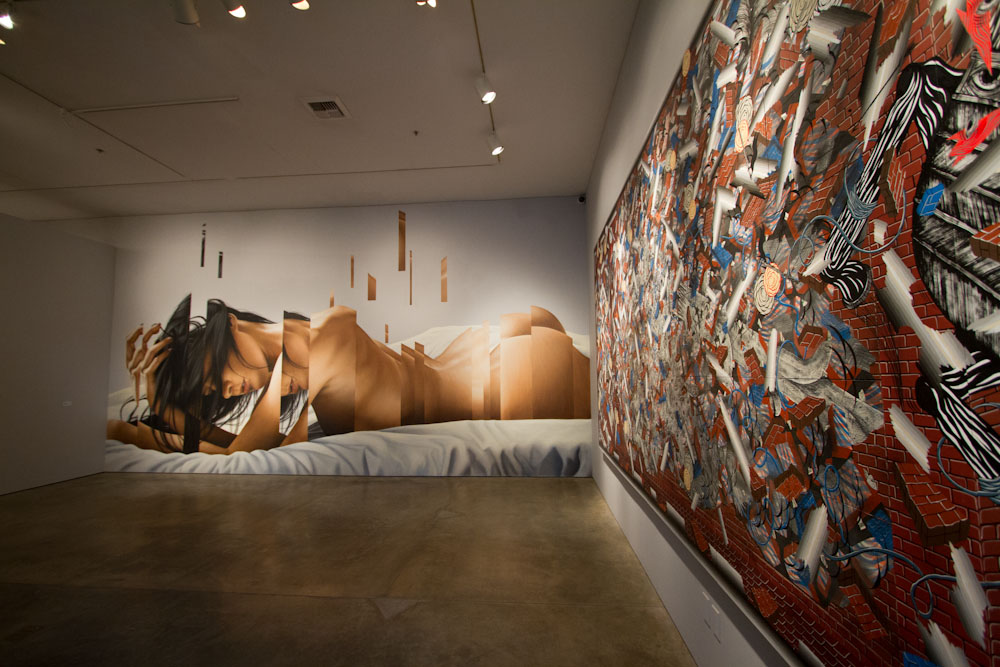 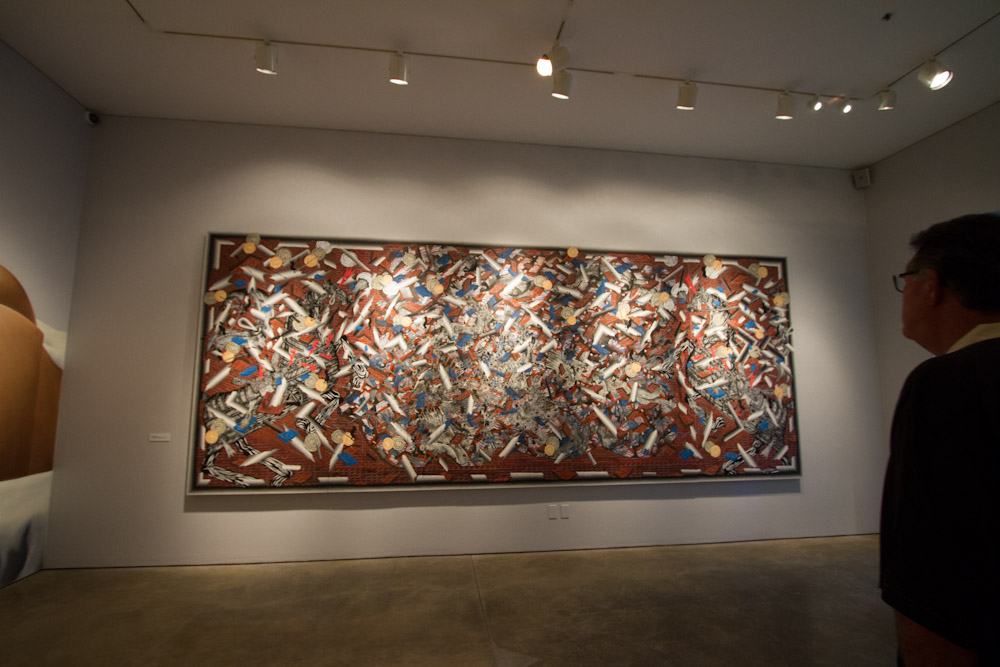 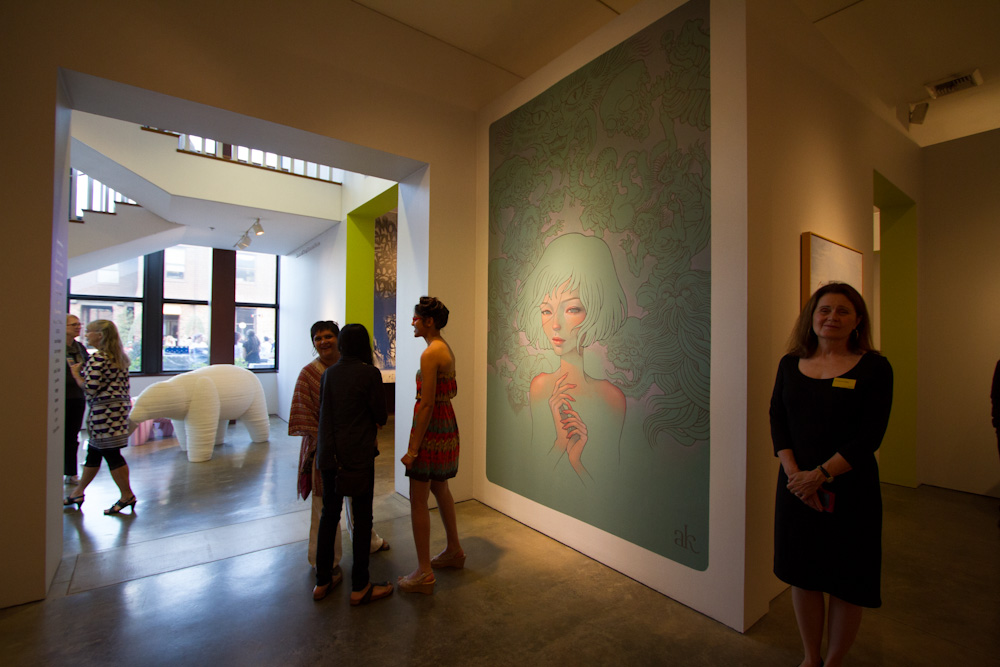 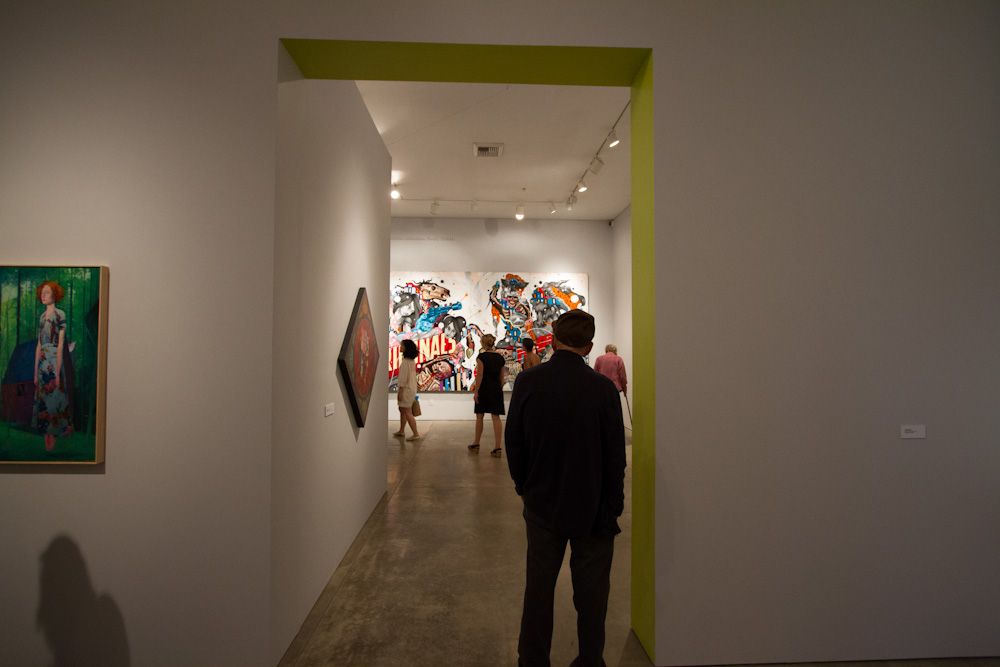 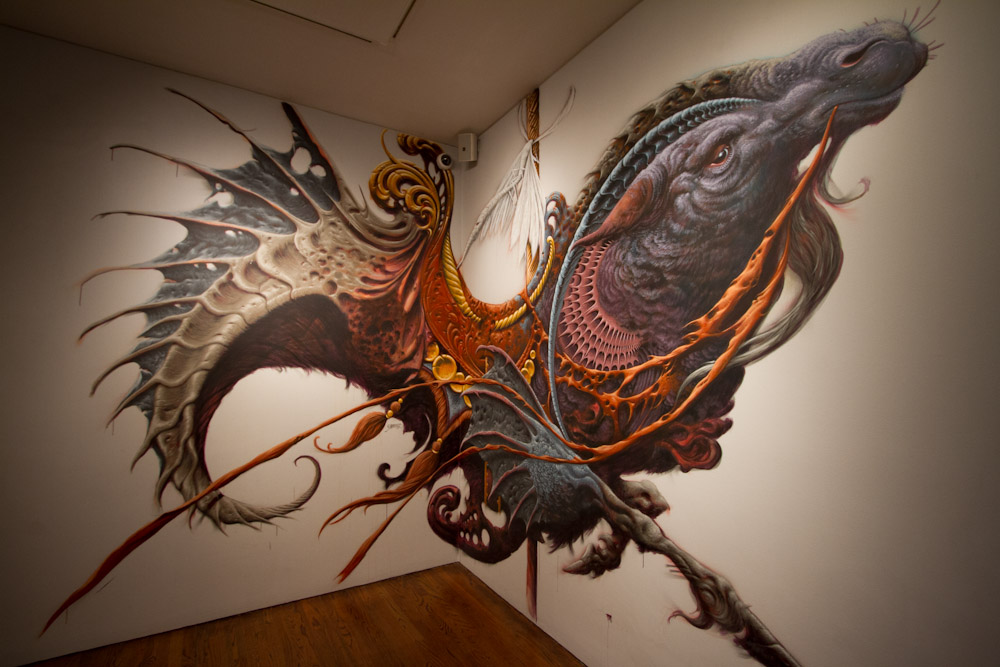 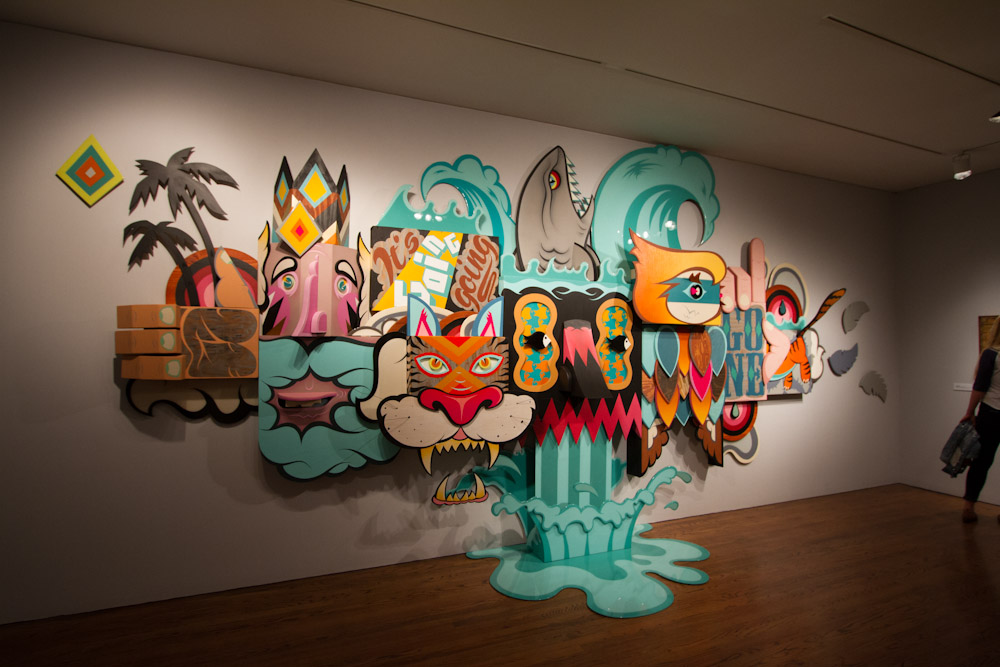 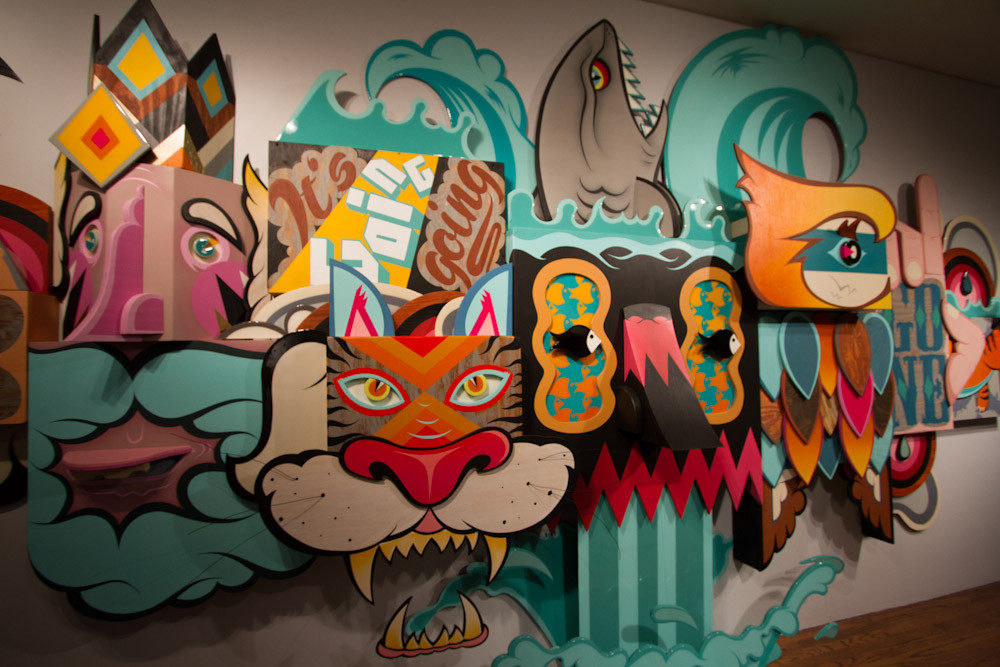 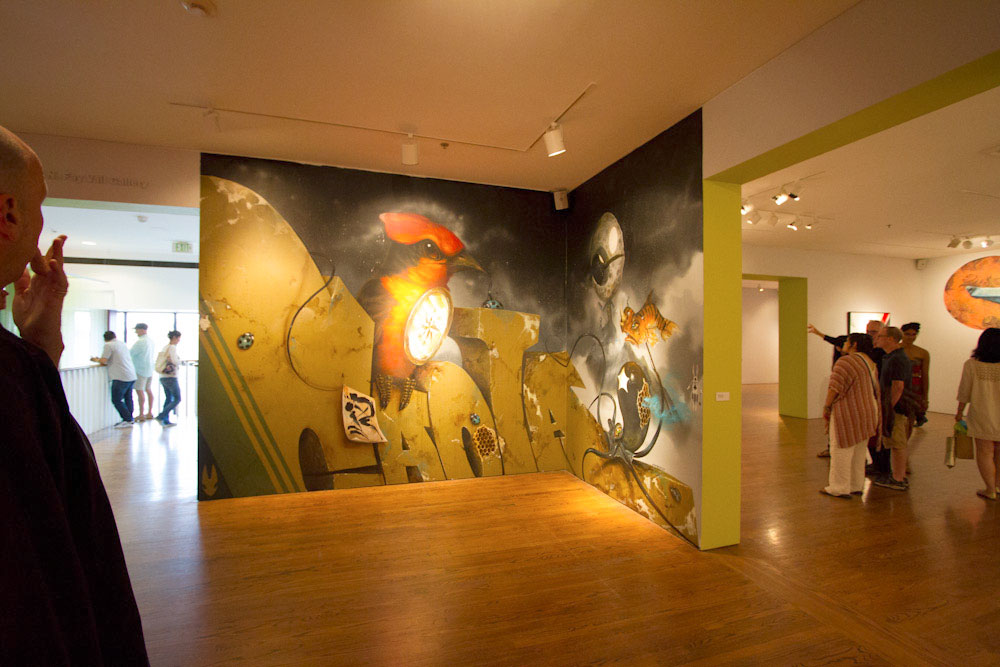 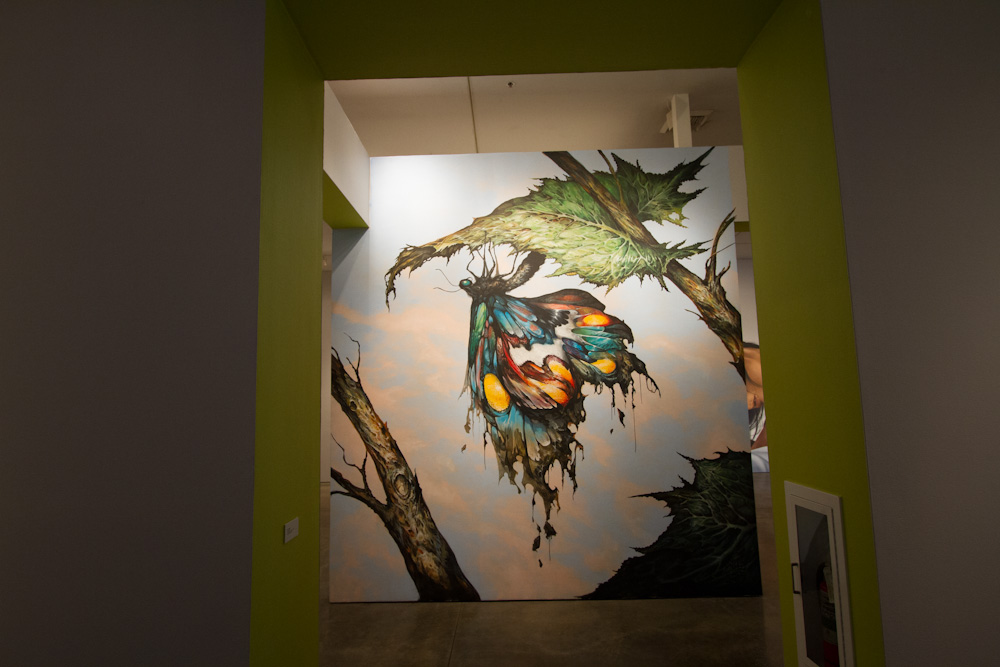 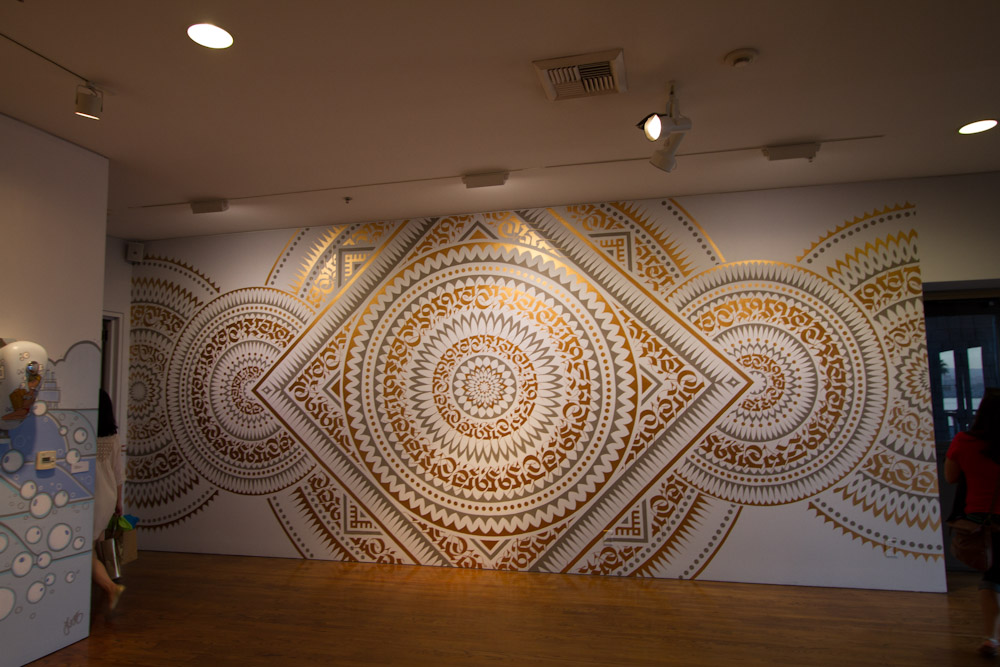 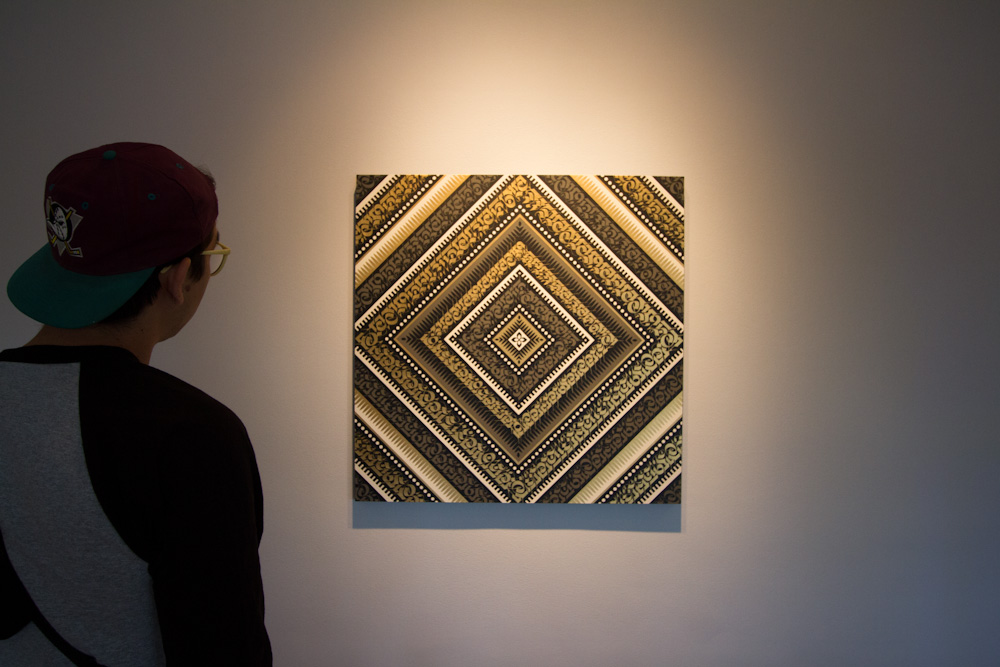 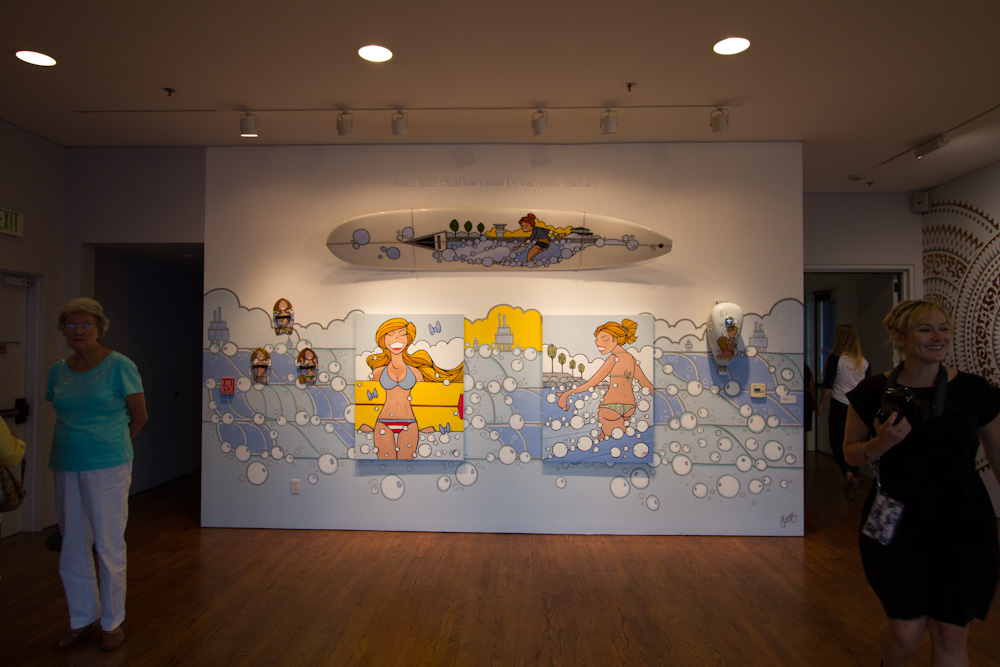 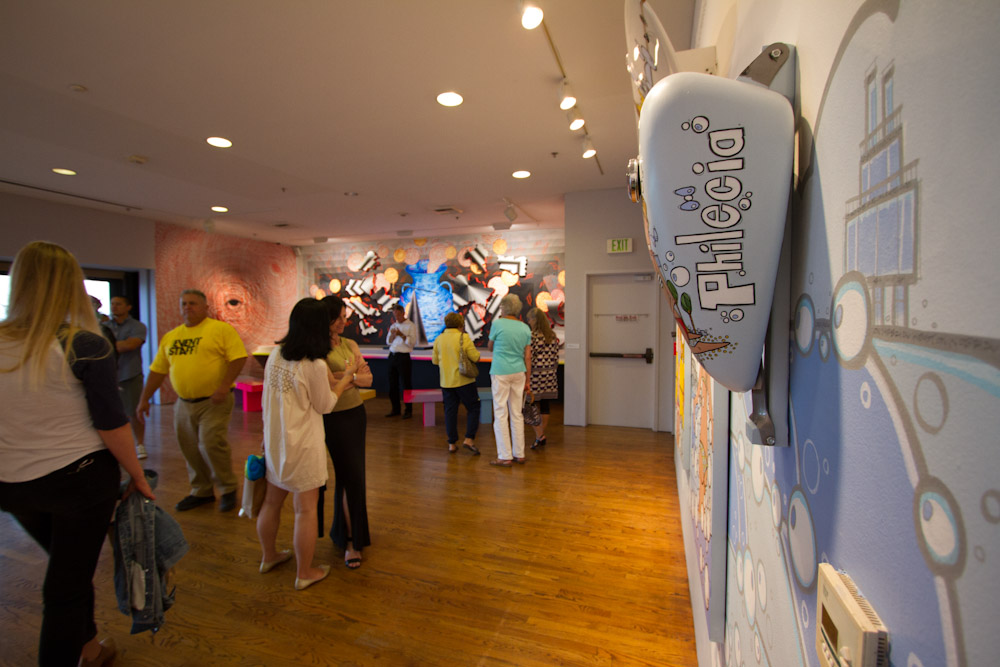 1xRUN is excited to present an exclusive collectio

We’re proud to partner with the @acluofmichigan

Grow your collection with exclusive artwork by the

1xRUN is excited to present an exclusive fine art

In partnership with @StudioSupply, 1xRUN is excite

Few artist's work have become as synonymous with l

Since the first photograph was taken by Joseph Nic

Acclaimed photographer @meldcole has dedicated his

Born out the 1920s, artists of the surrealist move