1xRun: Tell us a little bit about this piece, what materials did you use? Is the original still for sale?
Glenn Barr: The piece sold at my show “Detroit Rooms” in Brooklyn at the amazing Cotton Candy Machine Gallery fall of 2012. This was an unusual process, at least for me, because I drew directly onto the canvas with no sketch and simply began to paint. The image was used for the cover of the online Spanish publication Staf Magazine, but after it was published I added the car on the right.

1xRun: Tell us how the idea and execution came about?
Glenn Barr: I grabbed a panel of Luan, put 4 coats of gesso on it after framing out the back so it would “float” off the wall ( instead of the traditional frame ). I then grabbed a fat Eboy pencil and kind of made a giant “S” off center from top to bottom. I knew I wanted a figure next to a bike but was impatient to sketch the image out on paper… so I just went for it. The “S” shape became the girl and then I put the bike in after. Kinda did it backwards. I really love experimenting because there’s always the chance you’ll make a mistake. And that’s what I strive for, if I mess it up by accident, it’s usually a beautiful thing. Some of the most amazing accidents end up being part of the art. It’s like painting without a safety net. You just let things happen…

1xRun: What is unique about this piece?
Glenn Barr: After I got the bike and the figure on, as in fully painted, I decided that there was too much negative space on the right. So in order to balance the painting I added the Messerschmitt car. I’ve been dying to place a Messerschmitt KR200 ( 1955-64 ) in a painting for a long while now, so I guess the time was right. I was quite happy with the results, though, I altered the car quite a bit.

1xRun: Describe the piece in one gut reaction word.
Glenn Barr:  “Fluid, dramatic and very vintage advertisement like”.  ( Which I didn’t plan… it just came out that way. Most likely because of the vehicles.

1xRun: When did you first start making art? What was your first piece?
Glenn Barr: On the living room floor while watching cartoons before I could write. I can’t recall my first piece. When I was 4 yrs old I began to draw a lot of cars…probably because my Dad worked for GM as a designer.

1xRun: What artists inspired you early on?
Glenn Barr: Comic artists at first, though in our house we had a lot of art books, like Picasso, Rembrandt, Rivera, Sargent, Sheille, Eakins, Shahn, Warhol, Dali, Museum collection books, and there was MAD Magazine…and then I discovered paper back novel illustrators and THAT really got me going…I loved all the artists in the 60’s and 70’s Playboy Magazines as well.

1xRun: What artists inspire you now?
Glenn Barr: During the period that I was still engrossed in book illustrators I was looking at the masters too. The Dutch and Flemish artists, the Renaissance artists as well. Then 19th and 20th Century artists like;  Sargent, Ben Shahn, Max Beckman, J W Waterhouse, Ivan Albright, George Bellows, Picasso, Dali, Francis Bacon, Warhol, Scheille and Rivera. Basically the styles I like are all over the map. So when you look at my work you can see a lot of different influences. I have a huge library and if I ever get stuck on a project I’ll refer to the ol’ favorites to see how the would solve things. I mostly use my books for color theory. I’m always looking at my contemporaries, they always inspire me to look ahead and NOT paint the same thing over and over like a lot of artists are doing now a days. I feel I need to keep changing and growing as an artist and take my work to the next level.

1xRun: Do you listen to music while you work? If so what?
Glenn Barr: I listen to a variety of music. 30’s and 40’s jazz and blues along with contemporary music as well. I have the Black Keys, Dead Weather, Fitzgerald, Billy Holiday, The Dirtbombs and Sinatra on rotation right now. Last week it was Milten Brown and his Musical Brownese ( 30’s string band ) one of my favorites…and the Detroit Cobras.

1xRUN: If you could collaborate with any living artist who would it be and why? Any deceased artist?
Glenn Barr: I think Dave Cooper or Ryan Heshka would be fun styles to work with… like, we could exchange drawings and paint each others images in our own styles. That’d be a alotta fun. For the latter, Diego Rivera comes to mind as I’d love to paint a super large mural with super stylized figures. Every time I’m at the Detroit Institute of Art, I HAVE to go to the Rivera Court to look at his mural. It is VERY inspiring. 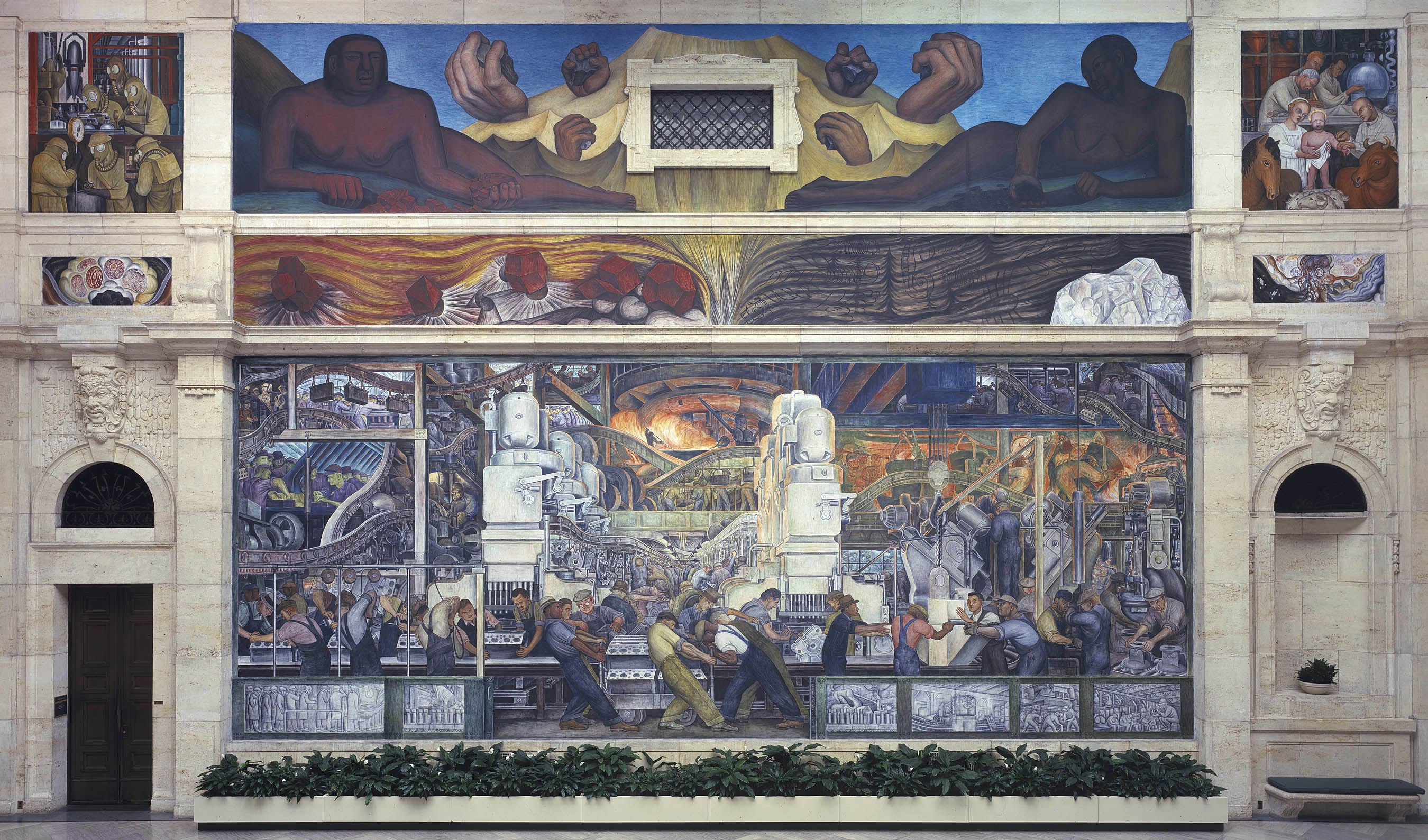