Minneapolis-based artist Greg Gossel has been hard at work creating a new body of work for his recent exhibition The Color of Life. After opening the show over at Vertical Gallery in Chicago, Gossel was right back at it, creating Round & Round new series of mixed-media, varied-edition series of works on paper. Each piece in the series is unique, with each having painted, sanded, stained, and printed elements, all done by hand by Greg in his studio in Minnesota. Read on as Gossel gives us the lowdown on his recent works and much more. . . 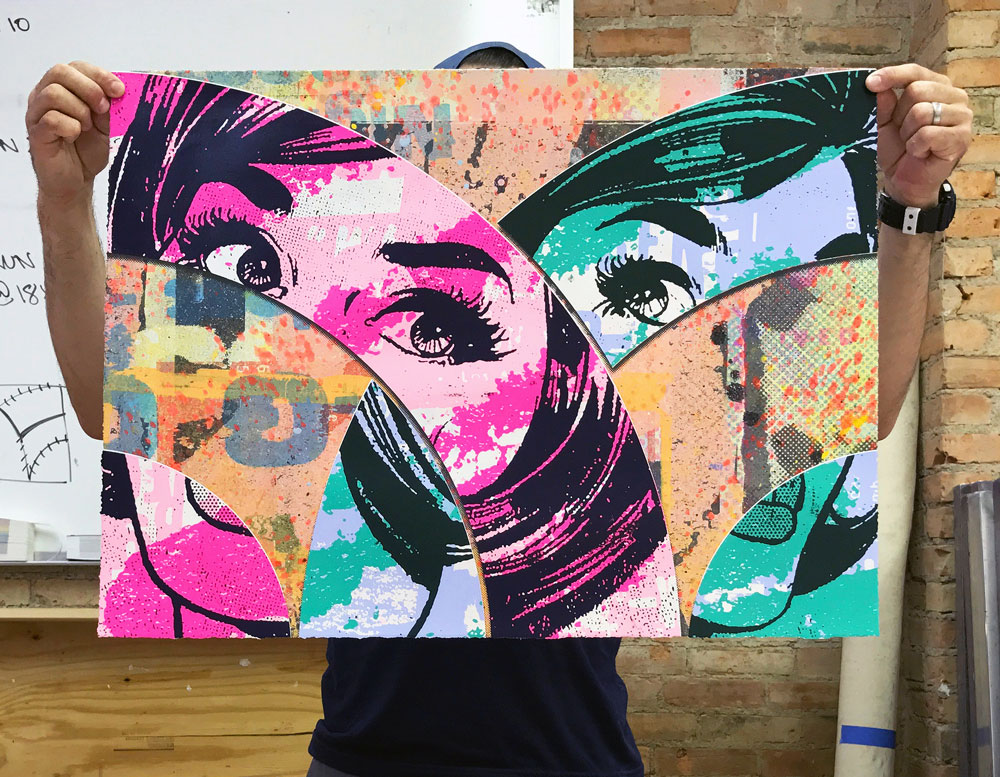 1x: Tell us a little bit about this series, anything immediate you would like us to highlight?
Greg Gossel: This is a mixed-media, varied-edition series of works on paper that have been painted, sanded, stained, and printed by hand at my studio in Minneapolis. 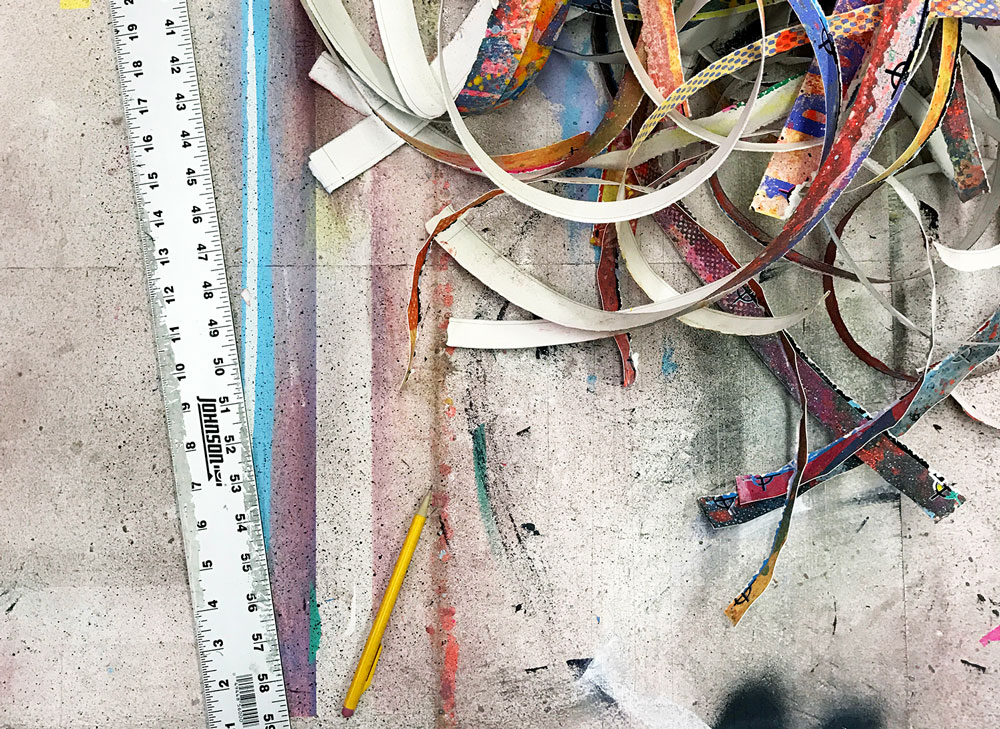 1x: Was this body of work part of a recent theme, series or show that you had?
Greg Gossel: This series is inspired by the layered three-dimensional works on wood panels that I created for my recent show “The Color of Life” at Vertical Gallery in Chicago. 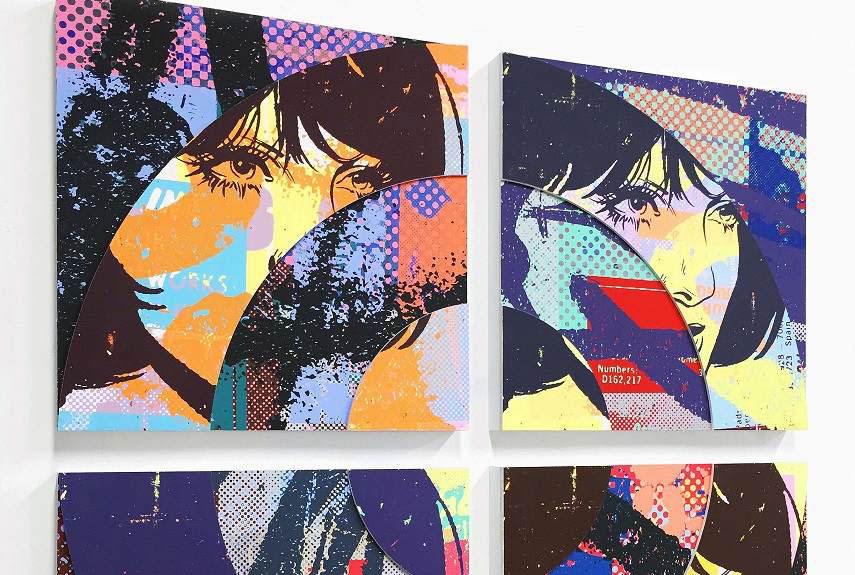 1x: When was this series created?
Greg Gossel: I created this series throughout the month of October, 2016.

1x: Tell us how the idea and execution came about for this body of work?
Greg Gossel: I wanted to create a print series on paper that while being flat, also offered the illusion of three-dimensional hand-cut wood layers reminiscent of my new large scale works at Vertical Gallery. 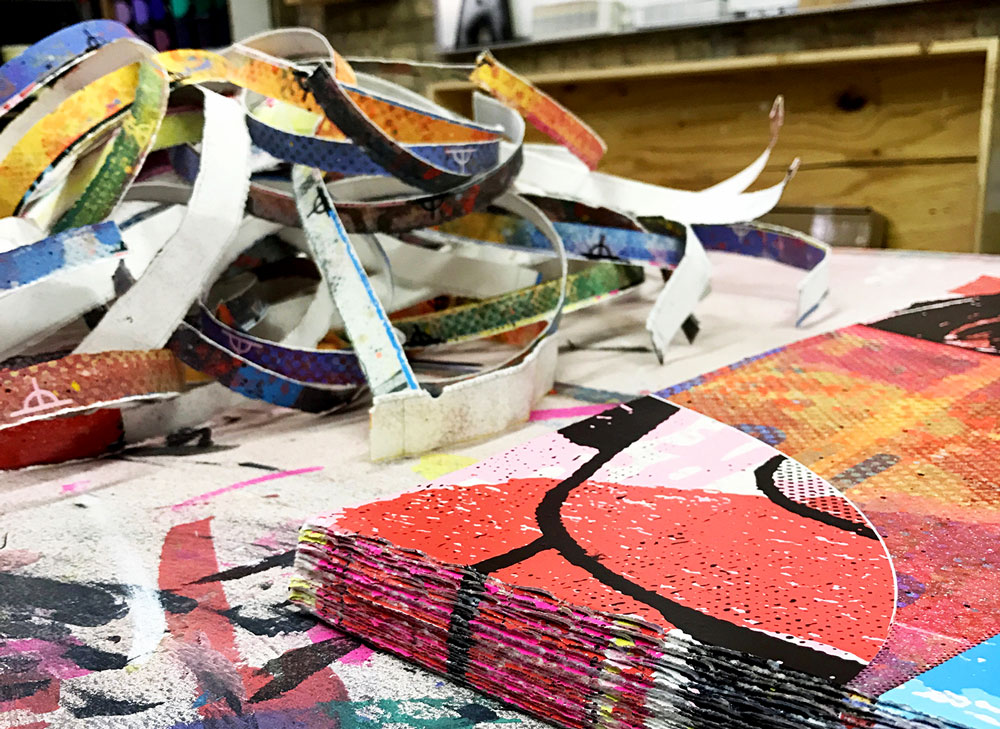 1x: What is unique about this series compared with some of your other work?
Greg Gossel: This is the first time I’ve tried to create a three-dimensional illusion through my printing process.

1x: Why should people buy this one of these prints?
Greg Gossel: It’s a unique series created solely at my studio in Minneapolis. The base layers of each print are all unique, consisting of hundreds of individual prints and textural painted elements, with areas of hand-sanding and staining. On top of this weathered and spontaneous base, is a detailed 7 color print layer creating the illusion of a foreground that seems to float above the background elements. Following this process, each print has been spot varnished and hand-deckled to complete the piece. 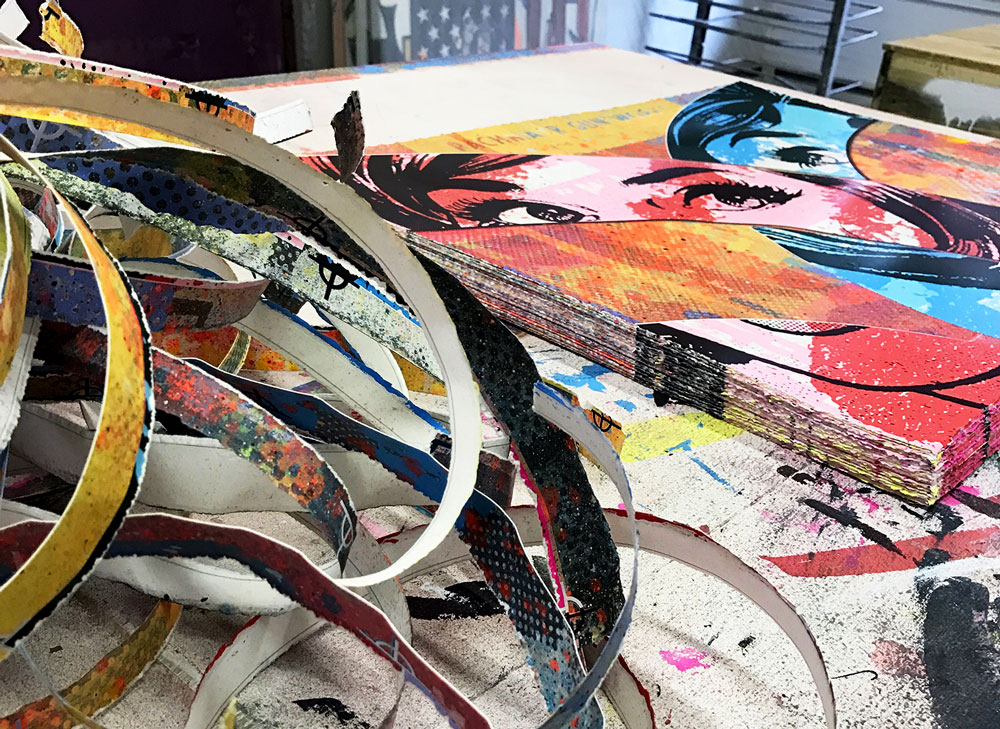 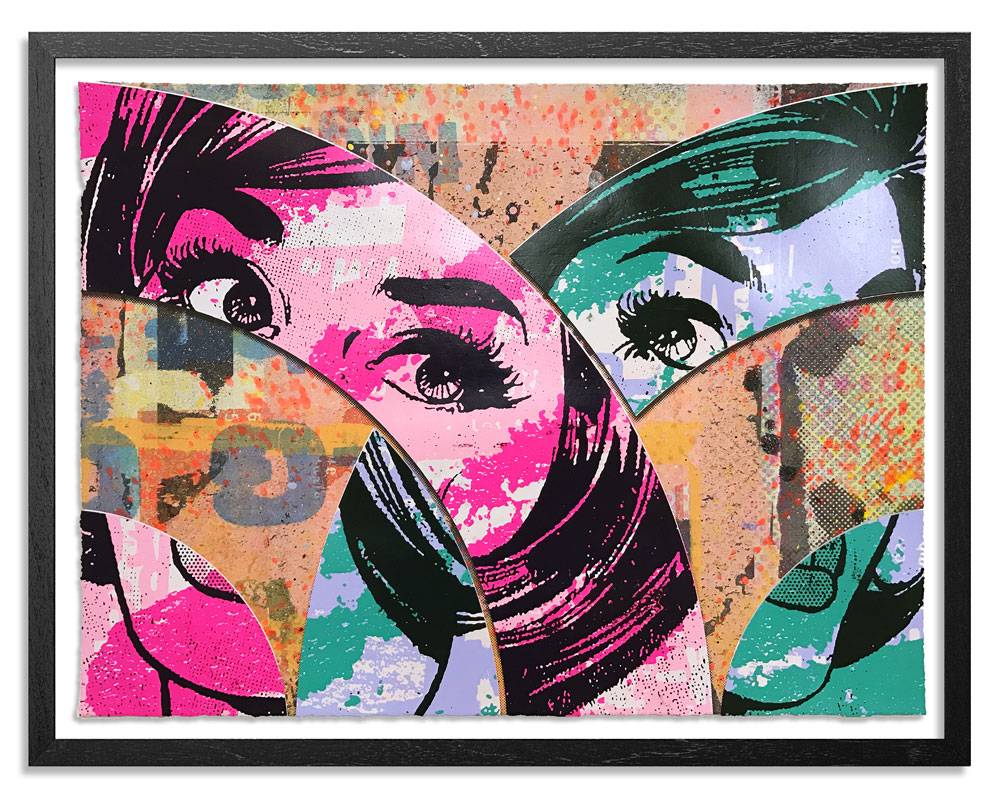 1x: What artists inspired you early on?
Greg Gossel: First artist who really inspired me was Rauschenberg; followed by Jasper Johns & Warhol among many others.

1x: What artists inspire you now?
Greg Gossel: Too many to name as there’s so much great work being made right now. Top of head I really dig what Ryan McGinness, Revok, José Parlá, and Tristan Eaton are doing right now. I’m also consistently inspired by the print work at shops like Aesthetic Apparatus, Burlesque of North America, and Hatch Show Print to name a few. 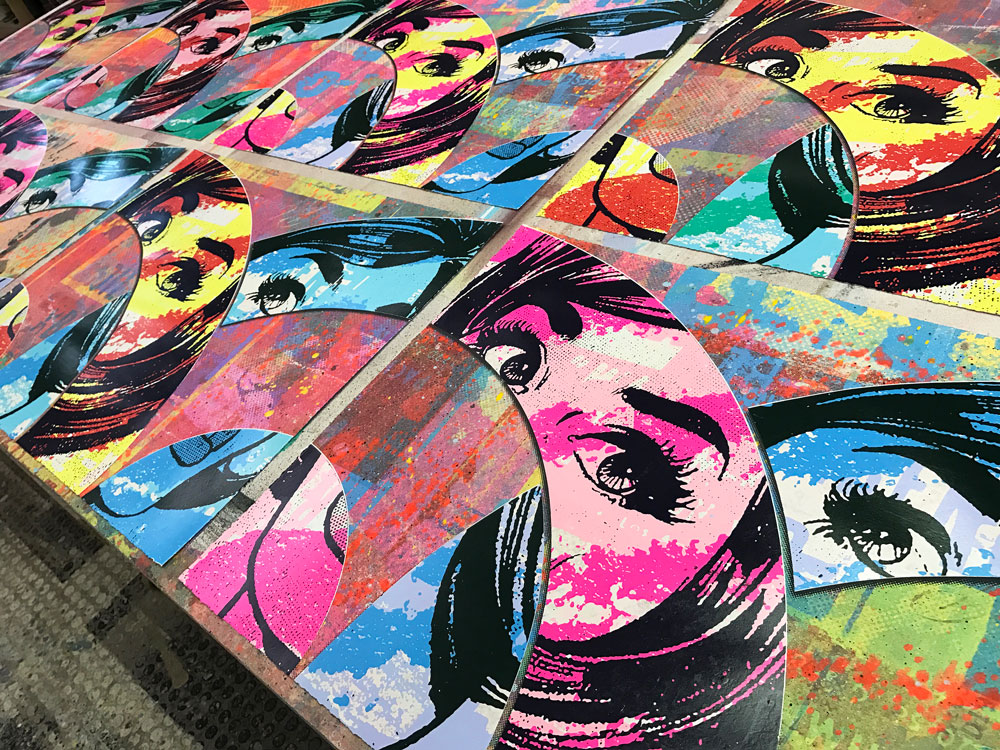 1x: Do you listen to music while you work? If so what?
Greg Gossel: I usually listen to music along with podcasts/talk radio. Music selection is pretty varied and depends on the day; anything from Miles Davis to Led Zeppelin to Merle Haggard to A Tribe Called Quest.

1x: If you could collaborate with any living artist who would it be and why?
Greg Gossel: That’s a tough one, maybe Mark Bradford.

1x: If you could collaborate with any deceased artists who would it be and why?
Greg Gossel: Warhol, Basquiat, and Rauschenberg would all be high on my list. 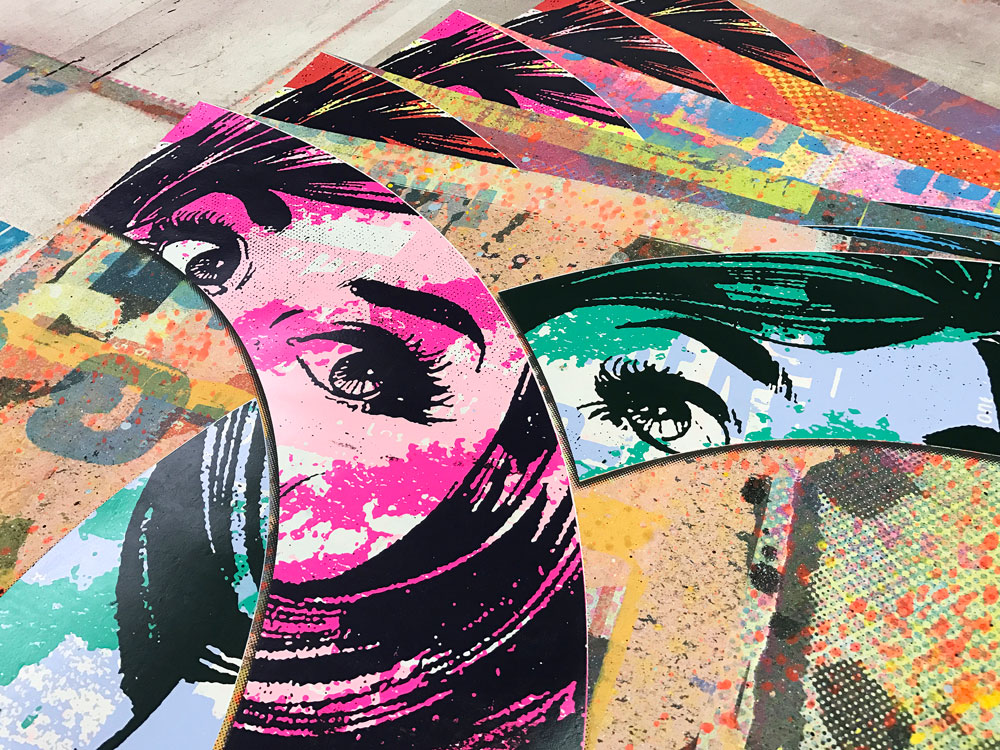 1x: What was the first piece of art that you bought? Do you still have it? The last?
Greg Gossel: An Erik Otto print in 2007 which still proudly hangs in our home. A Drew Peterson monoprint from Soo Visual Arts Center in Minneapolis.

1x: Any big shows or events coming up that you’d like to share?
Greg Gossel: I’ll be busy in the studio the next couple months working on commission projects and prepping for group shows early next year at Spoke Art, CASS Contemporary, and ABV Gallery.