Just in time for the tax man to come and get his cut we welcome back Minnesota artist Greg Gossel who returns with the latest hand-painted editions in his Funny Money series! Each piece is uniquely hand collaged, painted and screen printed by Greg Gossel featuring unique vintage 1960s and ’70s tabloids beneath layers of paint and screen print. Read on as we catch up with Greg Gossel to discuss his latest editions and much more. . .

1xRUN: Tell us a little bit about this piece, anything immediate you would like us to highlight about this image?
Greg Gossel: This is a hand-printed and collaged series, that is a follow up to my first “Funny Money” edition, released on Tax Day in 2016.

1x: When were these pieces created and what materials were used?
Gossel:  This edition was created at my studio in Minneapolis over a two week span in March/April of this year using Rives BFK heavyweight 250gsm paper. Each piece began with a hand-collaged base layer of vintage 1960-70’s era tabloids, creating a complex weathered surface. The collaged surface is then sanded & stained, and additional texture is added with spray enamel. Finally, each piece is hand-printed with a variety of spontaneous and planned silkscreen layers to create the finished artwork.

1x: Tell us how the idea and execution came about for this image?
Gossel: I really enjoyed my original “Funny Money” edition in 2016, and wanted to revisit the theme for Tax Day 2018.

1x: What is unique about this piece compared with your other work?
Gossel: I think my favorite part of this series is the collage layer, which creates a really interesting base surface, making each print completely unique from the next. While I’ve employed this technique throughout my career, it’s been some time since I’ve done so for a full print edition. 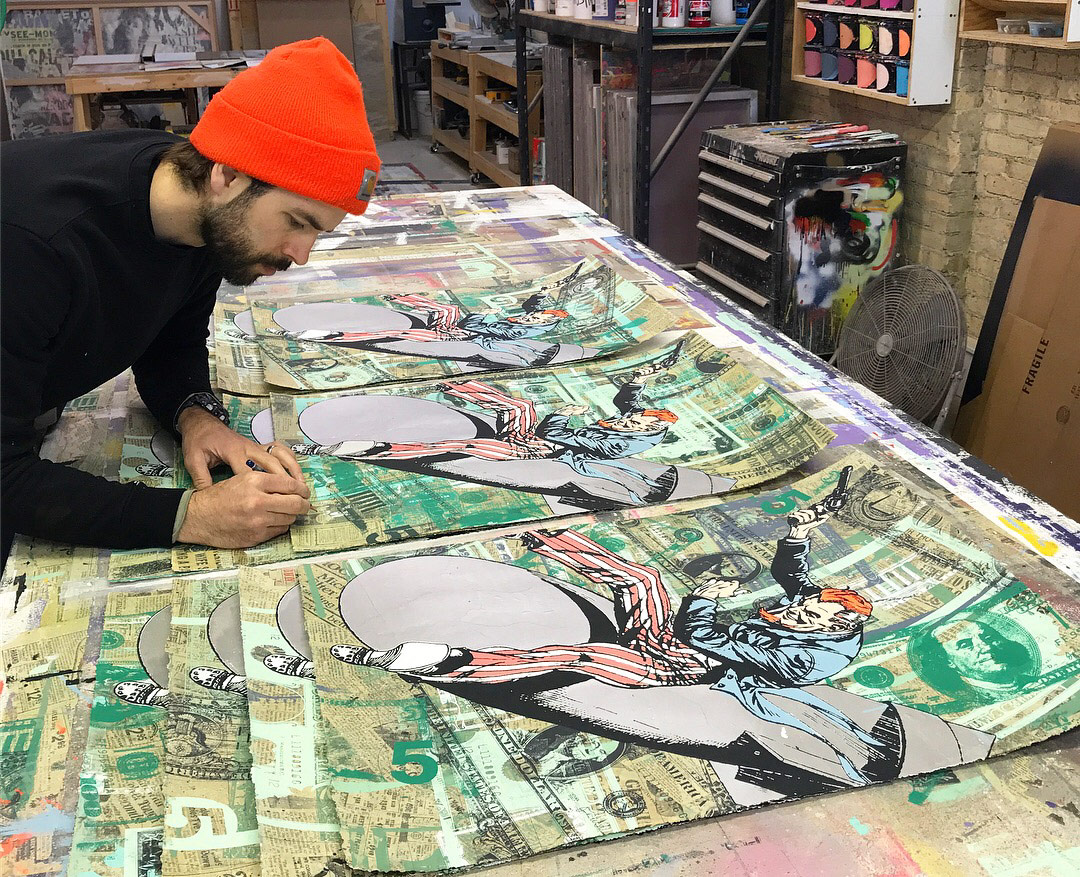 1x: Why should people buy this one of these prints?
Gossel: It’s one of my favorite images featured in a very limited hand-printed and collaged edition. 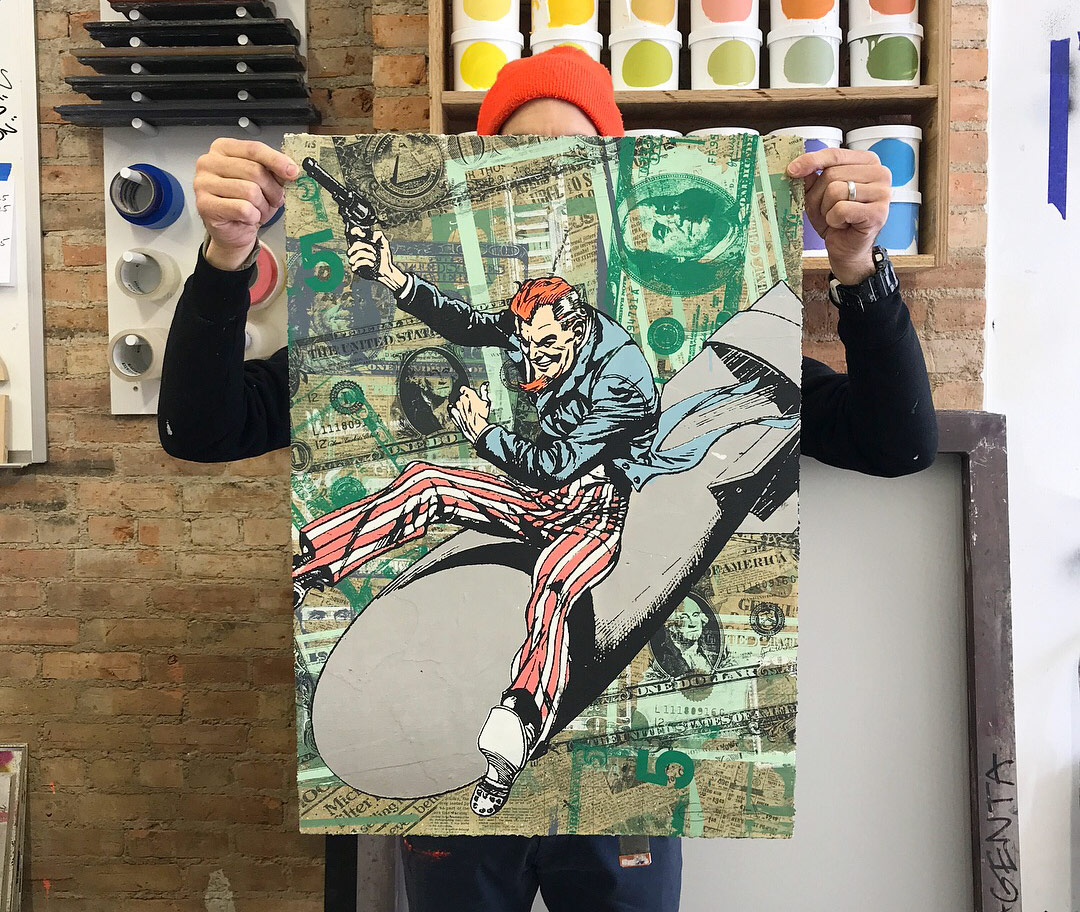 1x: Any recent shows or exhibitions that you had?
Gossel: I actually took 2017 off from solo exhibitions, which was the first year I’ve done so since 2006. It was a nice reset to focus on other projects and spend extra time in the studio exploring new ideas.

1x: What have you been up to over the last few months? Bring us up to speed on how things have been going recently for you…
Gossel: I’ve been busy with a number of commission projects of late, most recently a mural at the Minnesota Vikings new practice facility here in Minneapolis.

1x: What are some of the ways you have been trying to push yourself with your work over the last year?
Gossel: I’m always working to push scale, medium, and the balance between chaos & control.

1x: What are some strides you feel you’ve made in your work recently?
Gossel: I’ve been really interested in the incidental “art” that is created throughout my creation process; print table ink spills, wall oversprays, stir sticks layered in paint, etc… I’ve been trying to harness some of that spontaneous energy and incorporate it back into the work itself, blurring the line between the two.

1x: What was the last piece of art that you bought?
Gossel: It’s been a bit, but I believe my last art purchase was a piece by fellow Minneapolis artist Drew Peterson from local gallery, Soo Visual Arts Center.

1x: Do you have any big shows or events coming up that you’d like to share?
Gossel: Really excited about my upcoming November solo show at Vertical Gallery in Chicago. Also looking forward to heading out to San Francisco early 2019 for a solo exhibition at Spoke Art.