Greg Gossel was born in 1982 in western Wisconsin. With a background in design, his work is an expressive interplay of many diverse words, images, and gestures. Gossel’s multi-layered work illustrates a visual history of change and process throughout each piece. His work has been exhibited throughout the U.S. and abroad, including San Francisco, New York, Los Angeles, Copenhagen, and London. His commercial clients include Levi’s, Burton Snowboards, Stussy, VICE Magazine, and Interscope Records while his work has been published in The San Francisco Chronicle, Juxtapoz Art & Culture Magazine, Artslant, and ROJO Magazine. Greg currently resides in Minneapolis, MN.

1x: Tell us a little bit about this series.
Greg Gossel: This is a new mixed-media print series inspired by Tax Day. 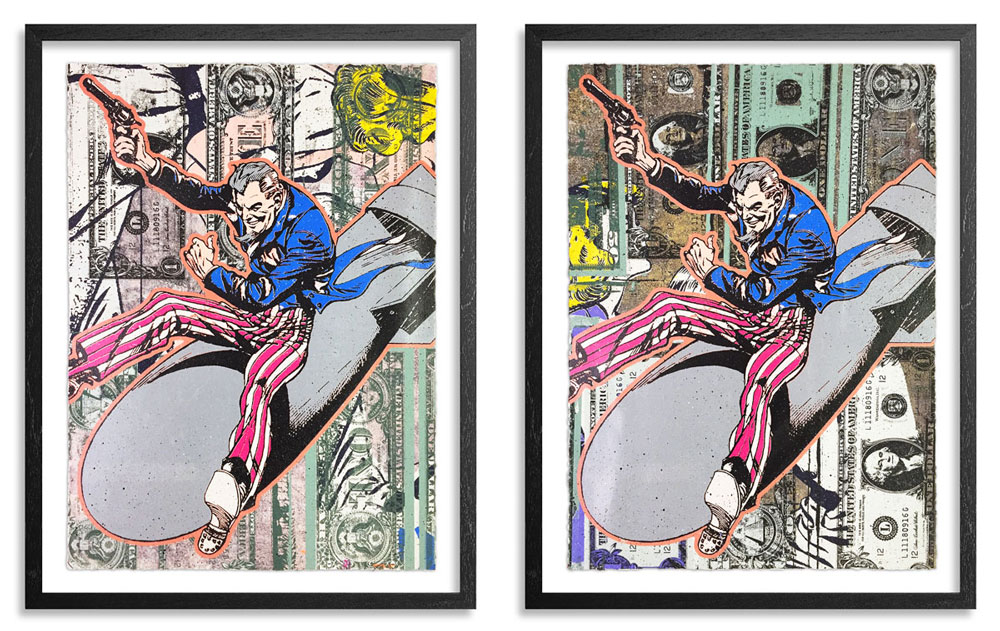 1x: Was this series part of a recent theme or show that you had?
Greg Gossel: It’s a bit of a one-off series centralized around the theme of taxes, government, and currency.

1x: What materials were used to create these pieces with?
Greg Gossel: This edition was created with a variety of mediums including hand-painted acrylics, spray paint, silkscreen printing, and various stains and washes.

1x: When were these pieces created?
Greg Gossel: They were created at my studio in Minneapolis earlier this month. 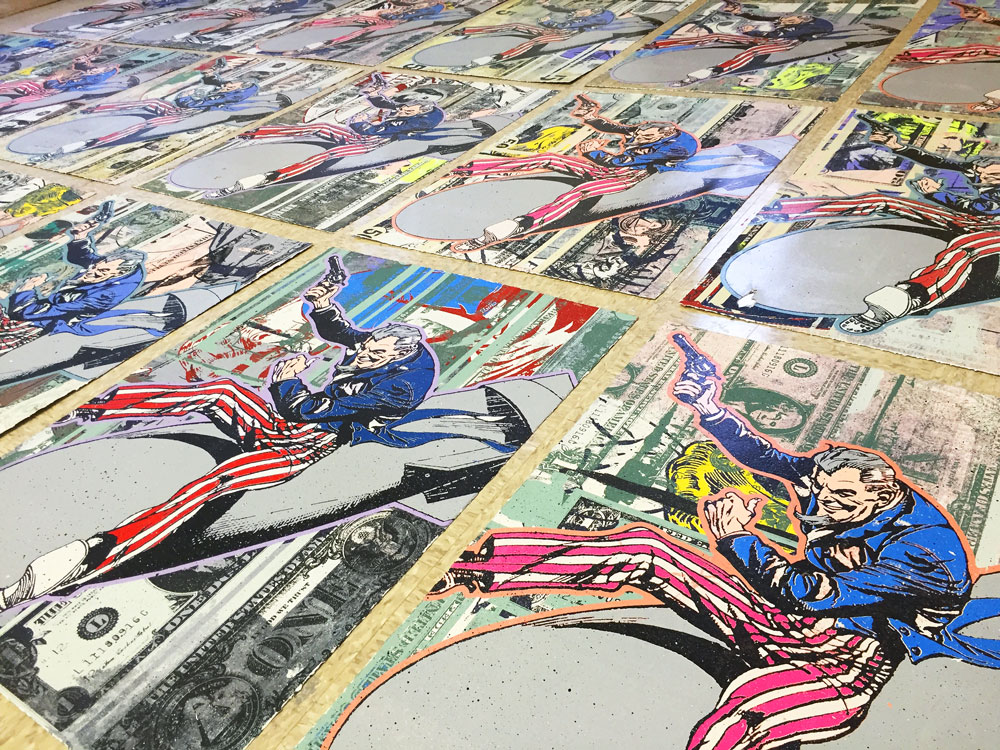 1x: Is there anything immediate you would like to highlight?
Greg Gossel: One unique aspect of this series is the stark contrast between a messy and spontaneous background layer and a meticulously printed 7 color focal image. The main image of Uncle Sam also includes a gloss overprint varnish creating a unique depth and finish to each piece.

1x: Tell us a bit about your process and how the idea and execution came about for this series?
Greg Gossel: The direction of this series actually changed quite a bit throughout the process. My initial plan was to collage a large amount of shredded currency onto the prints. After experimenting with some different applications and being unhappy with the results, I sanded and scrubbed away all the collaged currency. As it turned out, the removal of those elements left a great raw texture on the paper; tears, scuff marks, and bits of remaining adhesive and currency shreds. With that as my new base, I spontaneously added layers of screen printed US bills, followed by the focal image of Uncle Sam.

1x: How long did these pieces take to complete?
Greg Gossel: The series took roughly 2 weeks to create.

1x: What do you feel is unique about this series?
Greg Gossel: I think the process of trial and error while experimenting with new mediums and techniques gives these prints a very interesting palette and textural finish. 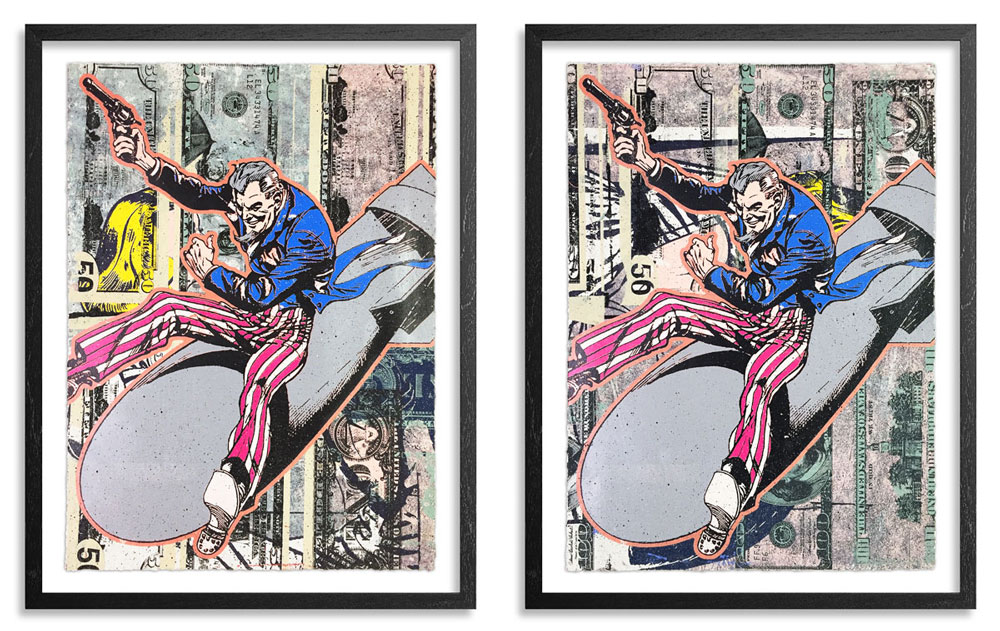 1x: How has 2016 been treating you so far? Any big shows or events coming up that you’d like to share?
Greg Gossel: 2016 has been great thus far. I currently have a new series on view in “Out of Print: Pushing the Boundaries in the Art of Print” at the Fort Wayne Museum of Art, and am beginning to prepare for my next solo show “The Color of Life” opening October 1st at Vertical Gallery in Chicago.