Since 2005, Japanese artist Haroshi has been using skateboard decks to create unique artwork in a signature style all his own. Utilizing the board as a canvas early on, the rudimentary style quickly evolved into Haroshi reclaiming the decks and breaking them down. With each piece he would rebuild the multi-colored layered decks into transformative works of art that are nearly unrecognizable from the signature shape of a skateboard deck. 1xRUN Contributor Daniel Weintraub dropped in to check out Haroshi’s Japan studio with fellow Japanese artist Usugrow and with some help from 1xFamily member Rone, read on to see photos from inside Haroshi’s studio…

“With POW! WOW! Hawaii wrapping up, and my trip to Japan on the horizon, I wanted to make sure that I talked with several of the visiting Japanese artists with the goal to try to check out some things that I couldn’t research online in my upcoming trip, to get those insider tips. Luckily I was able to connect with Haroshi and Usugrow, and they were kind enough to also let me visit their studio and gallery space while in Tokyo. On my second day in Japan I also met up with amazing Australian street artist Rone, who just happened to be in town for the week. Turns out he and Haroshi had been in contact for years but had never actually met.

Upon arrival we met and quickly went for udon, and while the nerd in me wanted to see everything in the studio first,  the food tourist in me was glad we went for my first ever udon experience. After a delicious lunch we returned to explore the wood shop and skateboard graveyard that is Haroshi’s studio. 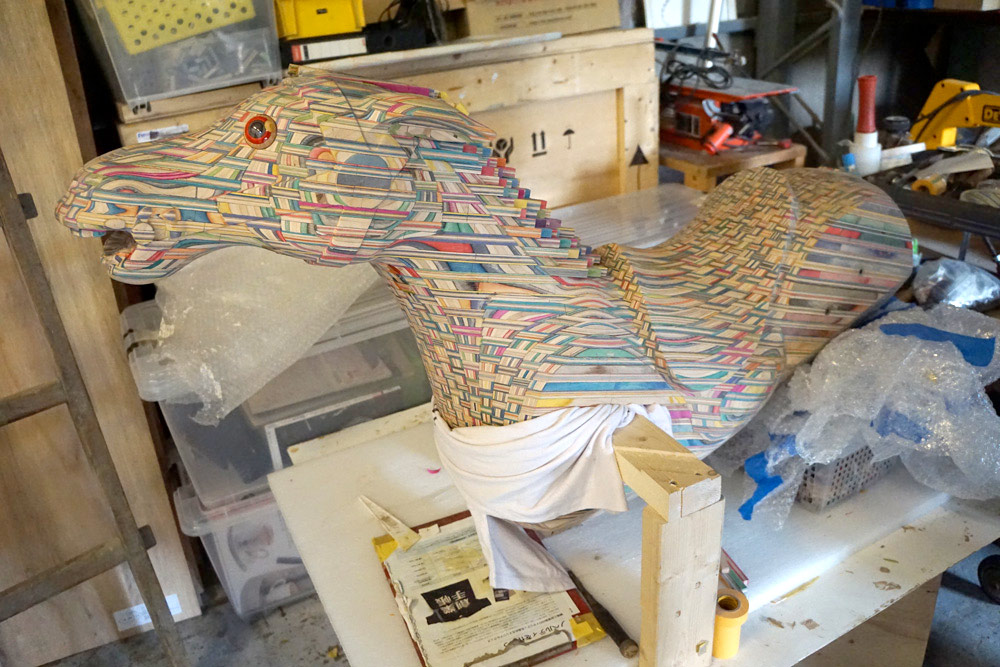 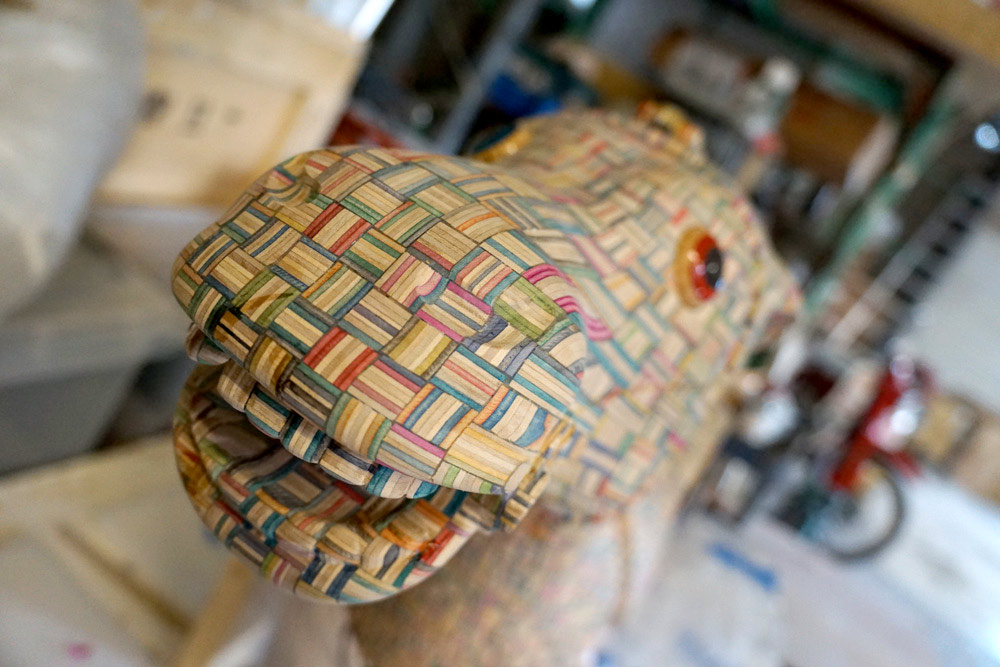 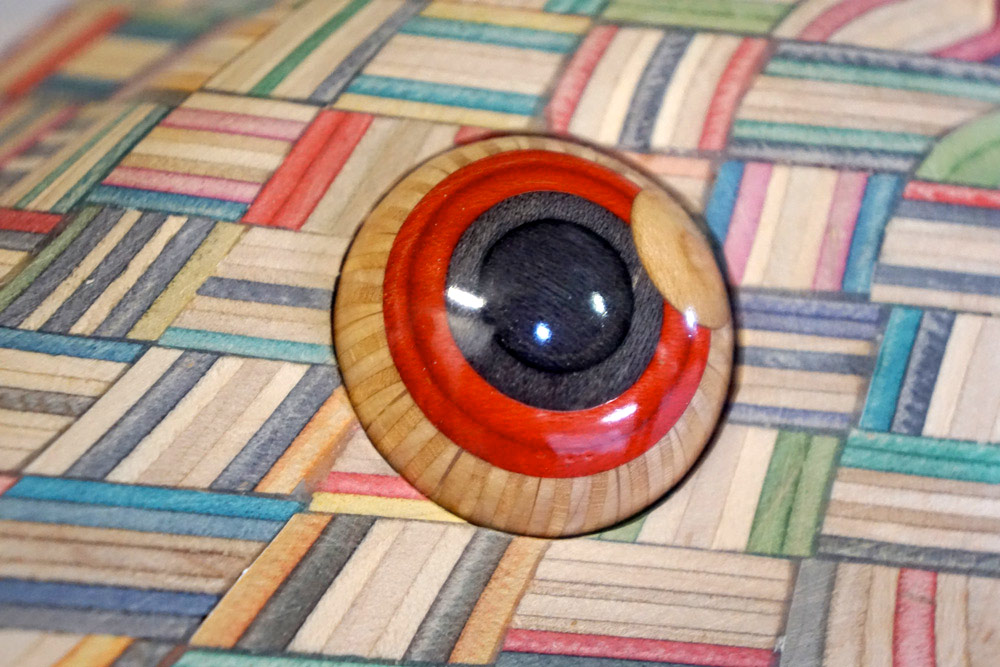 There are only a few different spaces within the studio, a section with tons of donated broken decks, an area with adhesives and a small table, one or two works in progress, and the famous sanding room. With each piece being extremely intricate and time consuming it’s no wonder there isn’t quite a factory’s worth of work laying around. Haroshi spends countless, meticulous hours cutting up boards into tiny wooden blocks so that they may be perfectly shaped before being sanded into form. The end results are amazing and worth the time spent. It was an honor to see some classic works on the studios walls as well as in progress work that will someday be shown around the world. 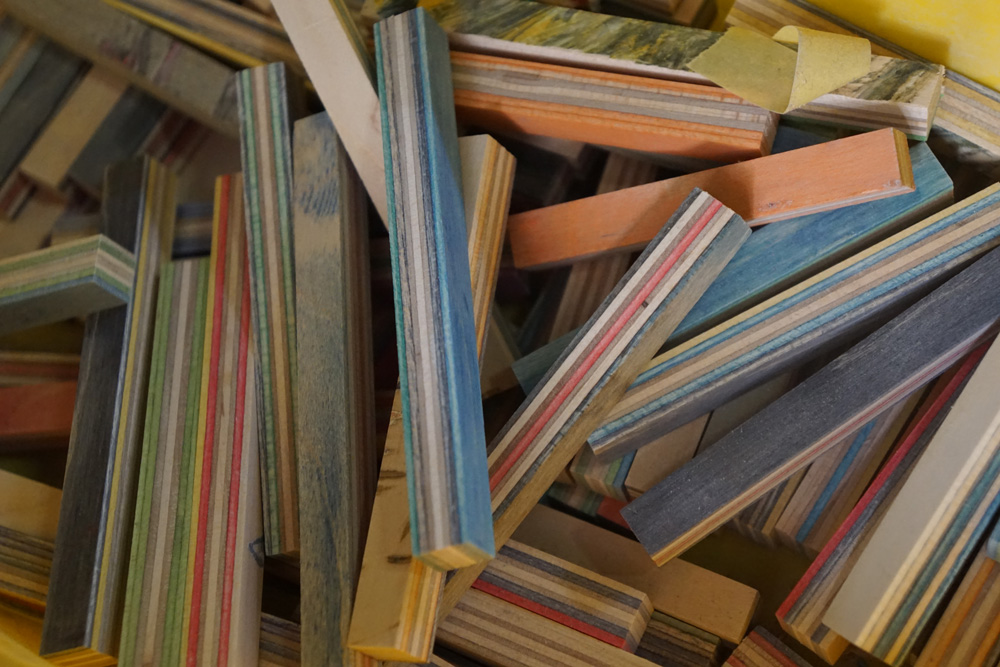 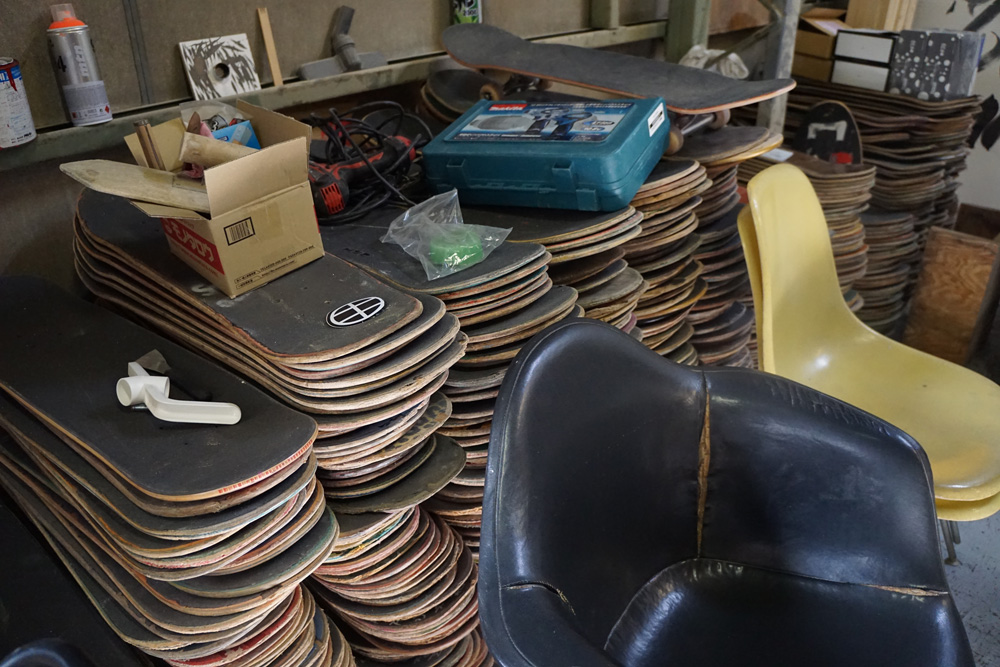 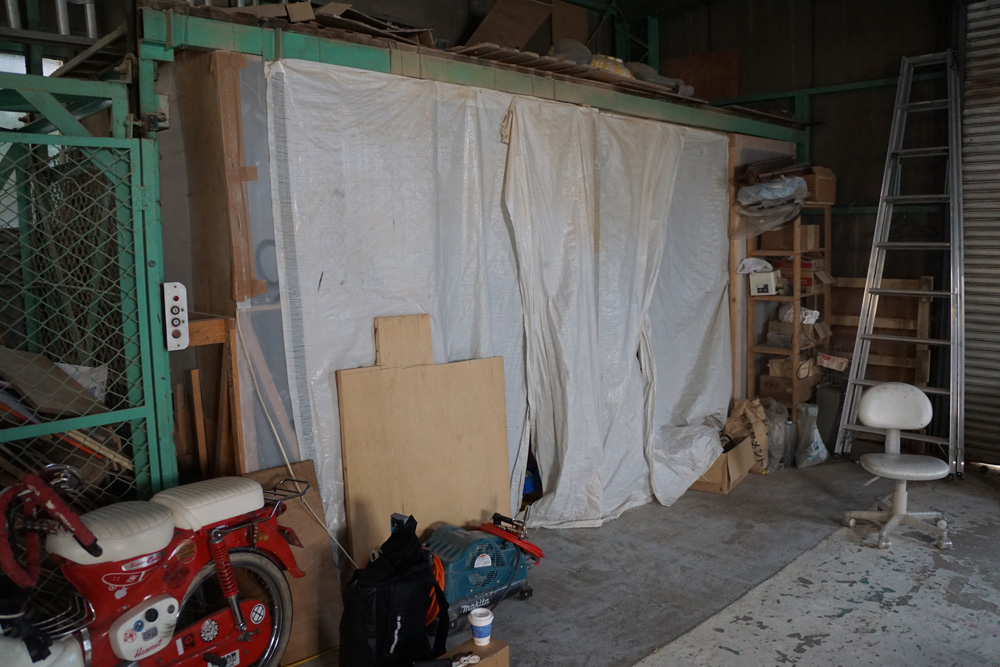 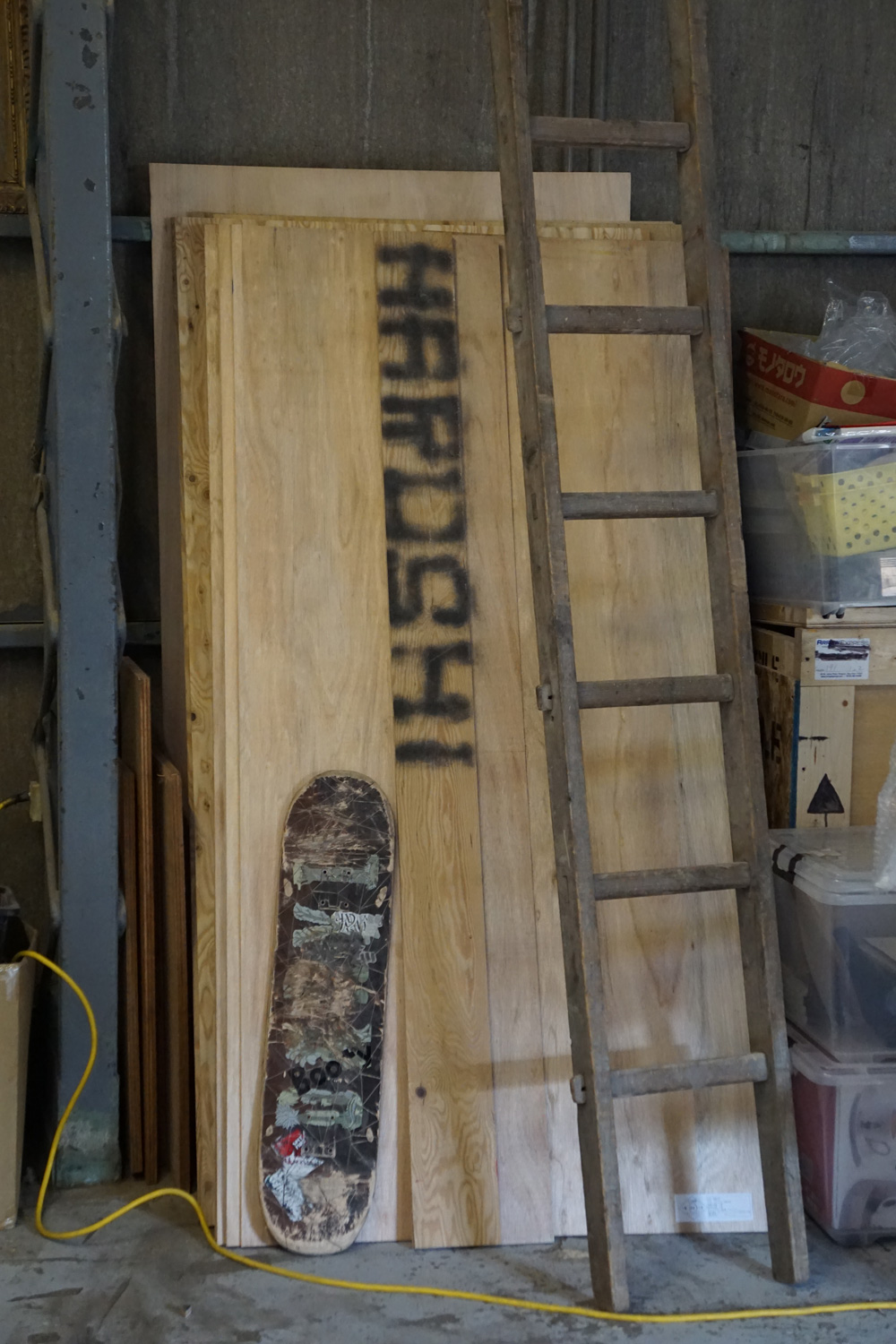 Also connected to the studio is HHH Gallery, which has just reopened for the year with their new show “Unknown Scorcher” by Meguru Yamaguchi. After checking out where the creation begins, we were lucky enough to see some of Haroshi’s personal collection, which not only includes a lot of amazing artwork, but also a lot of old skateboarding paraphernalia which was all new to me. As a nerdy collector of things I always love seeing what artists collect. In the end we left with smiles on our faces and some cool take home art nerd souvenirs, it was awesome. Thanks again for the visit sir!” – Daniel Weintraub 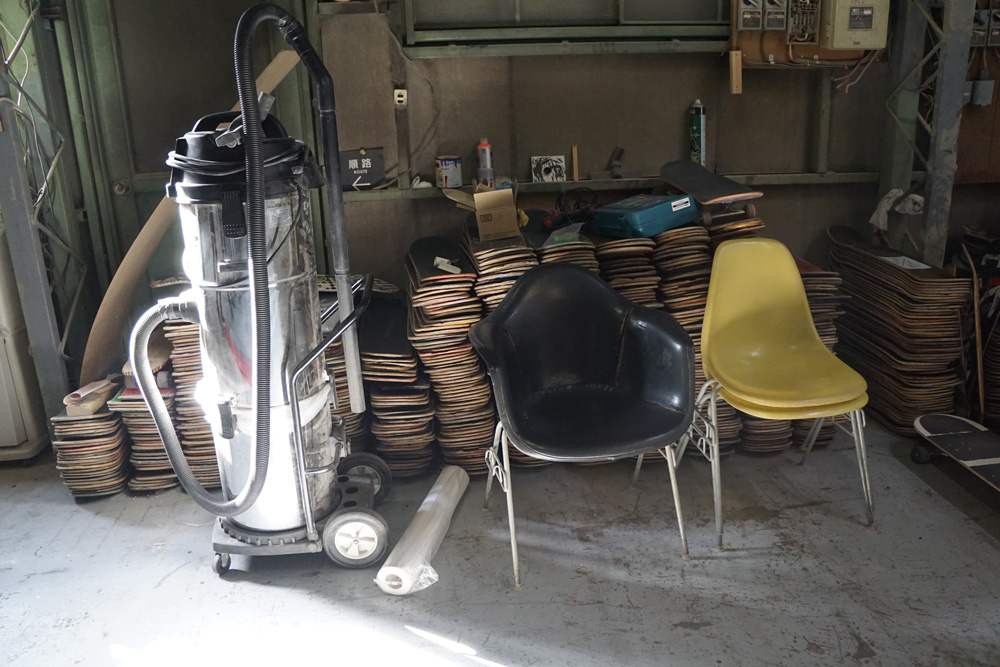 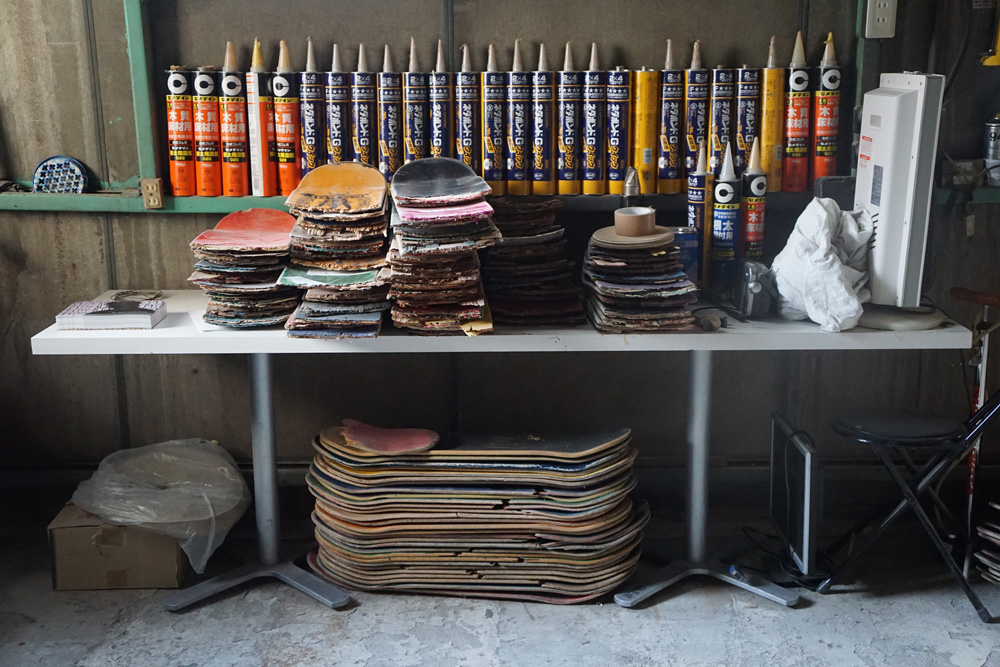 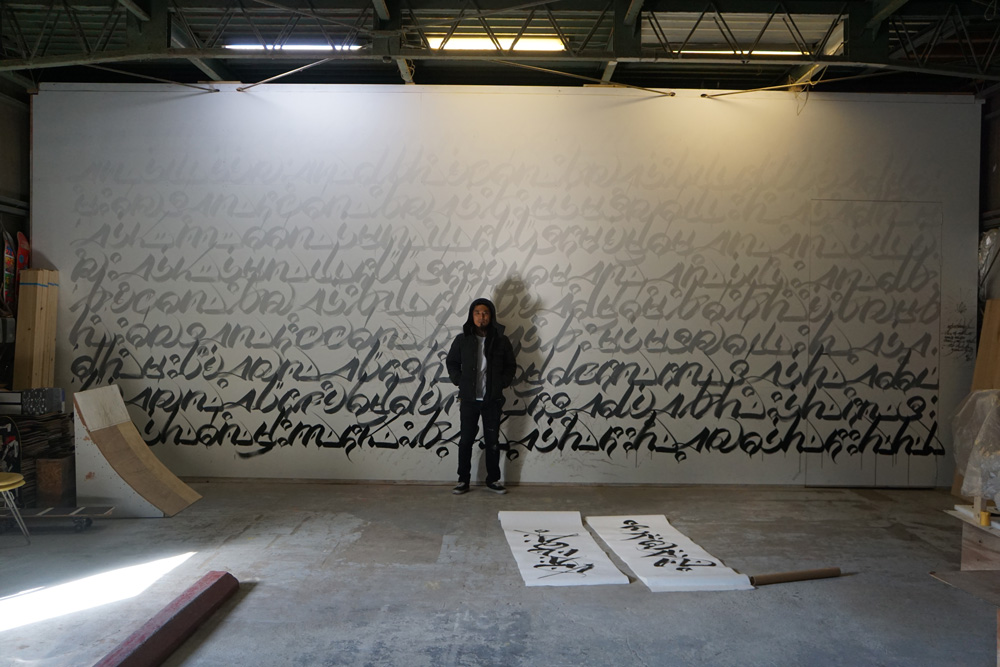 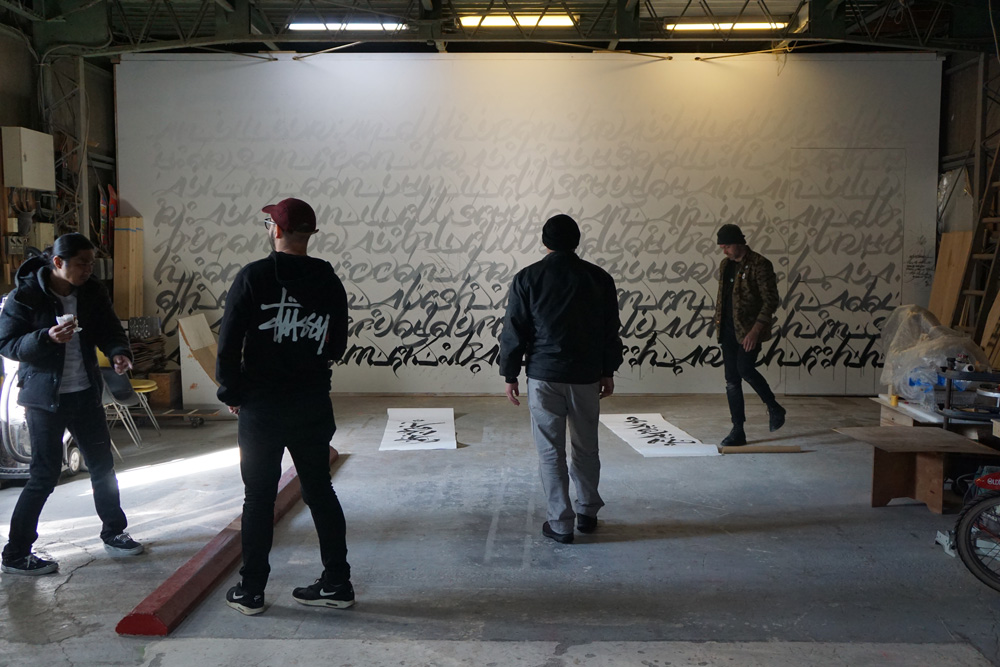 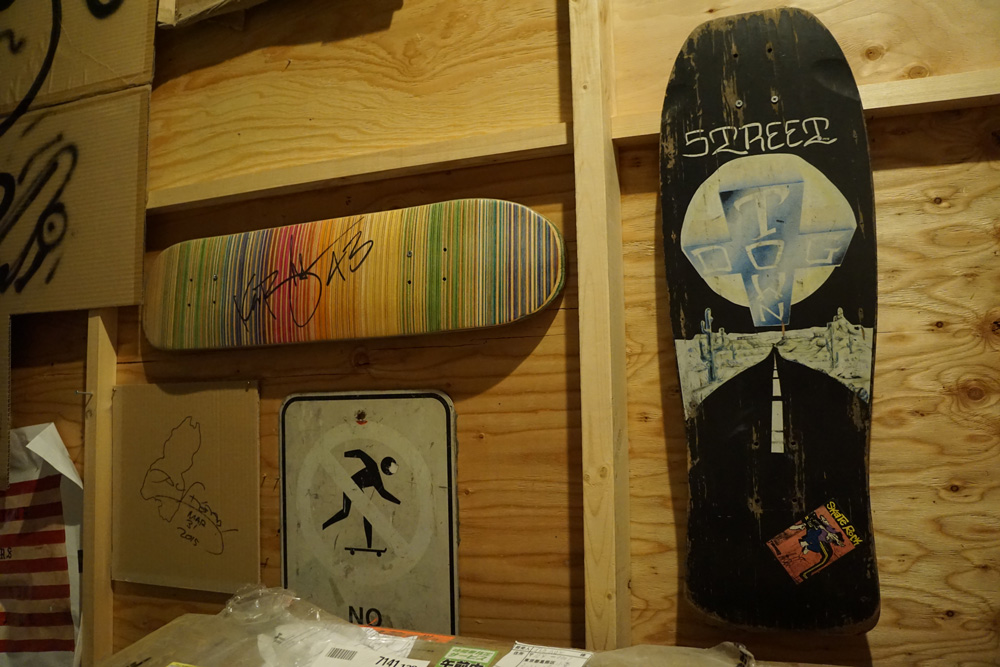 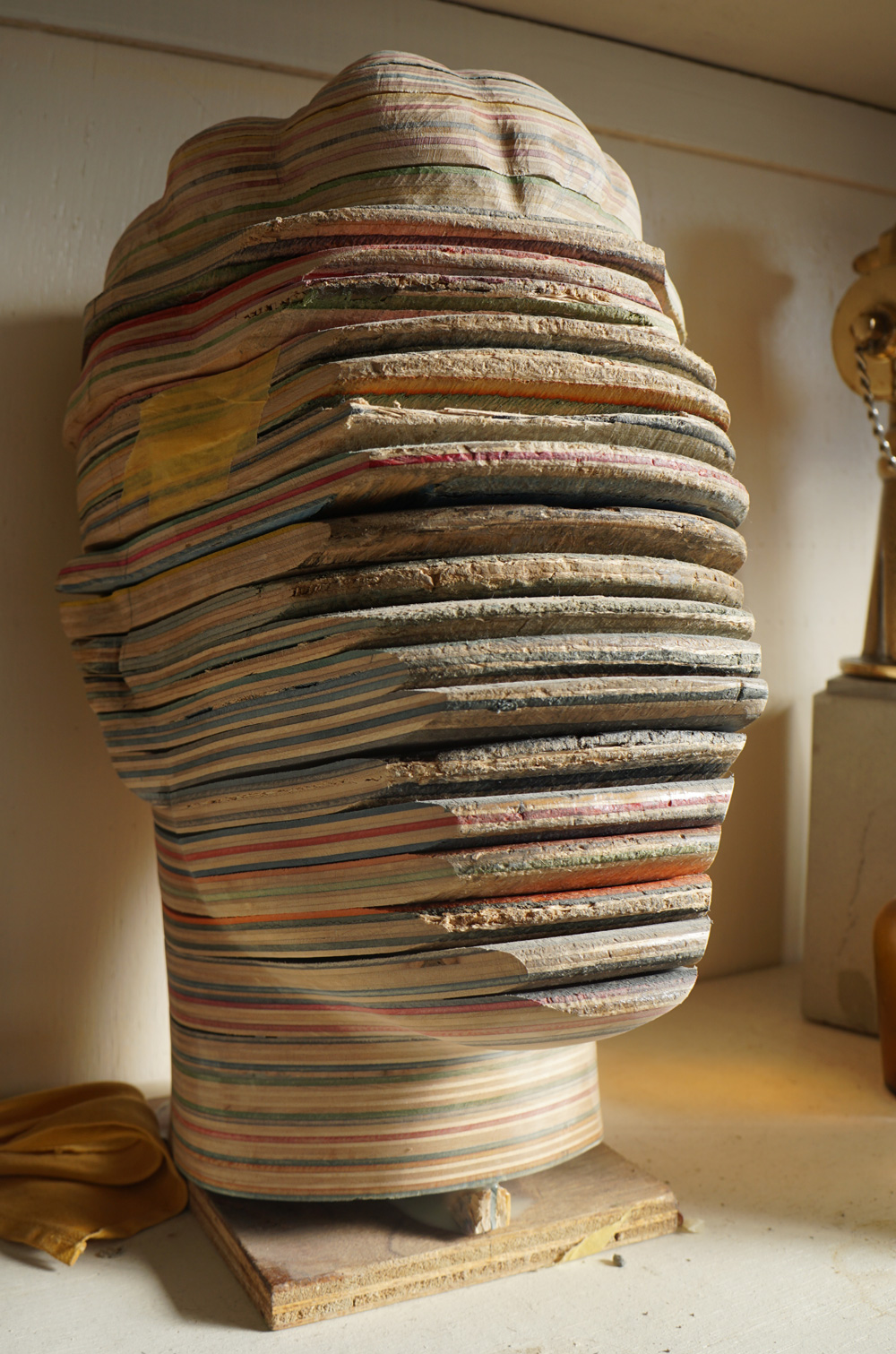 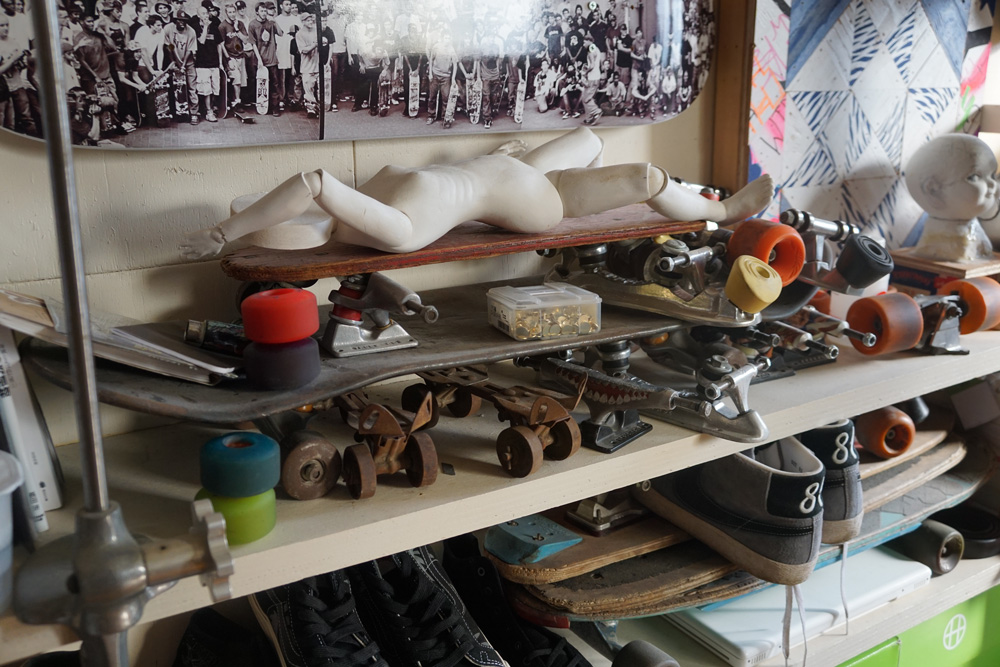 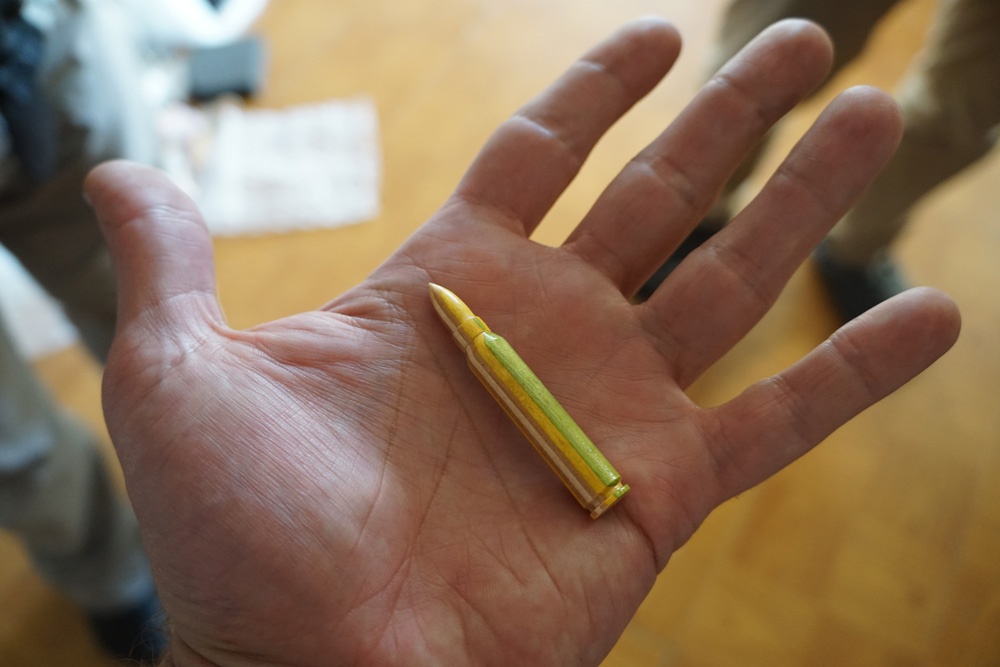 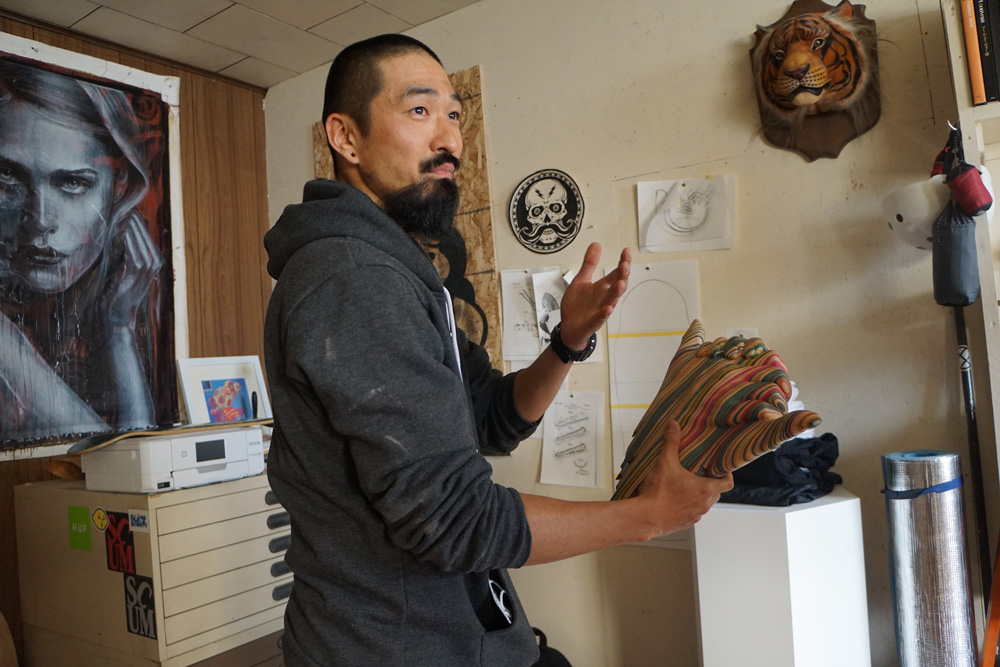 Haroshi with a recent piece from Powwow Hawaii’s museum show.

Words and photos by Daniel Weintraub, you can follow him @halopigg