This past week on September 6th, Ricky Powell publicly welcomed The Individualist into the world with a massive kick off party at New York City’s posh The Standard Hotel. In an evening not to be forgotten at the hotel’s Le Bain rooftop nightclub, Powell brought his signature slideshow, signed books and mingled with fans all night long. Read on to check out photos from the evening and be sure to grab your copy of The Individualist now . . . 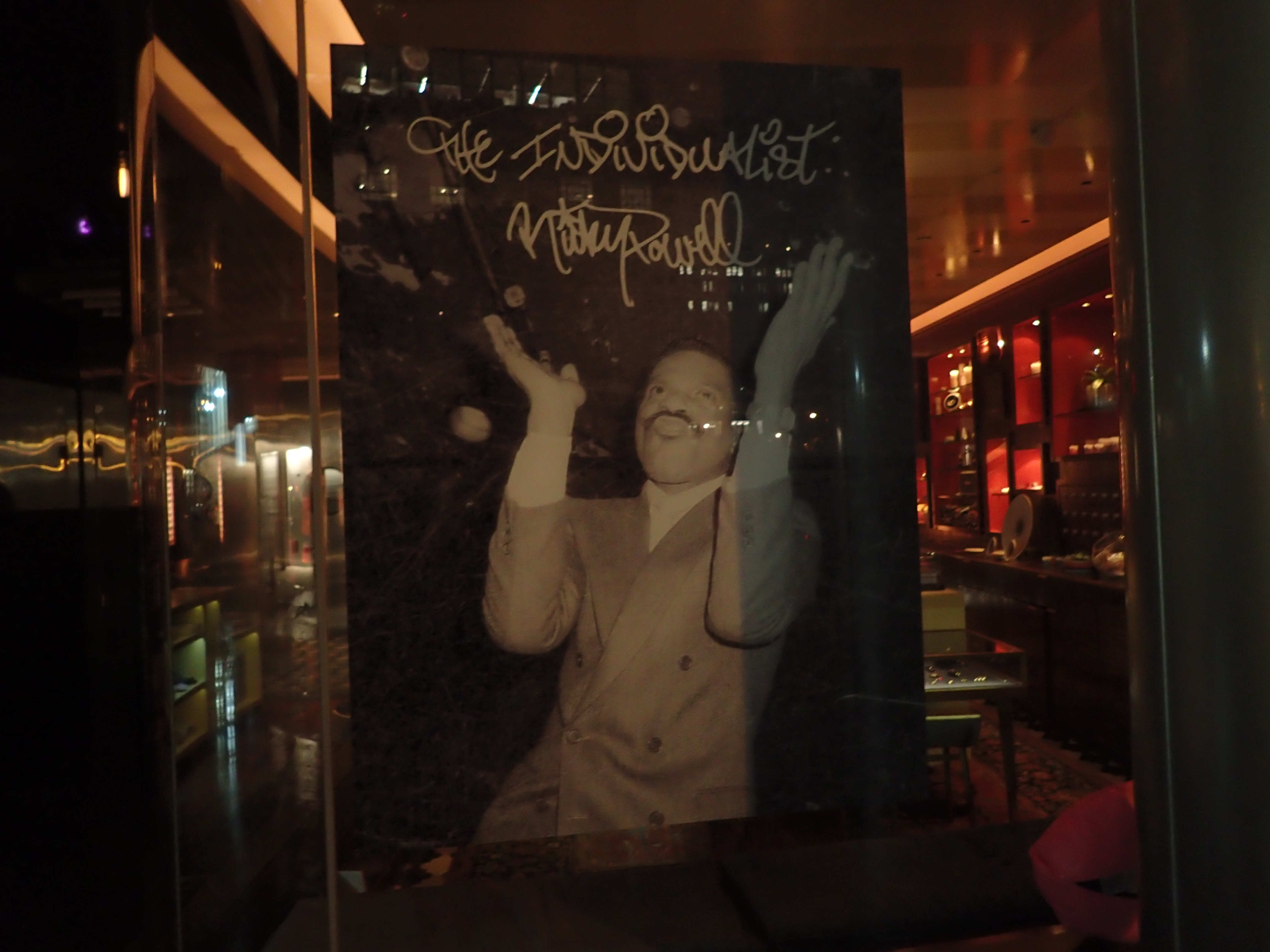 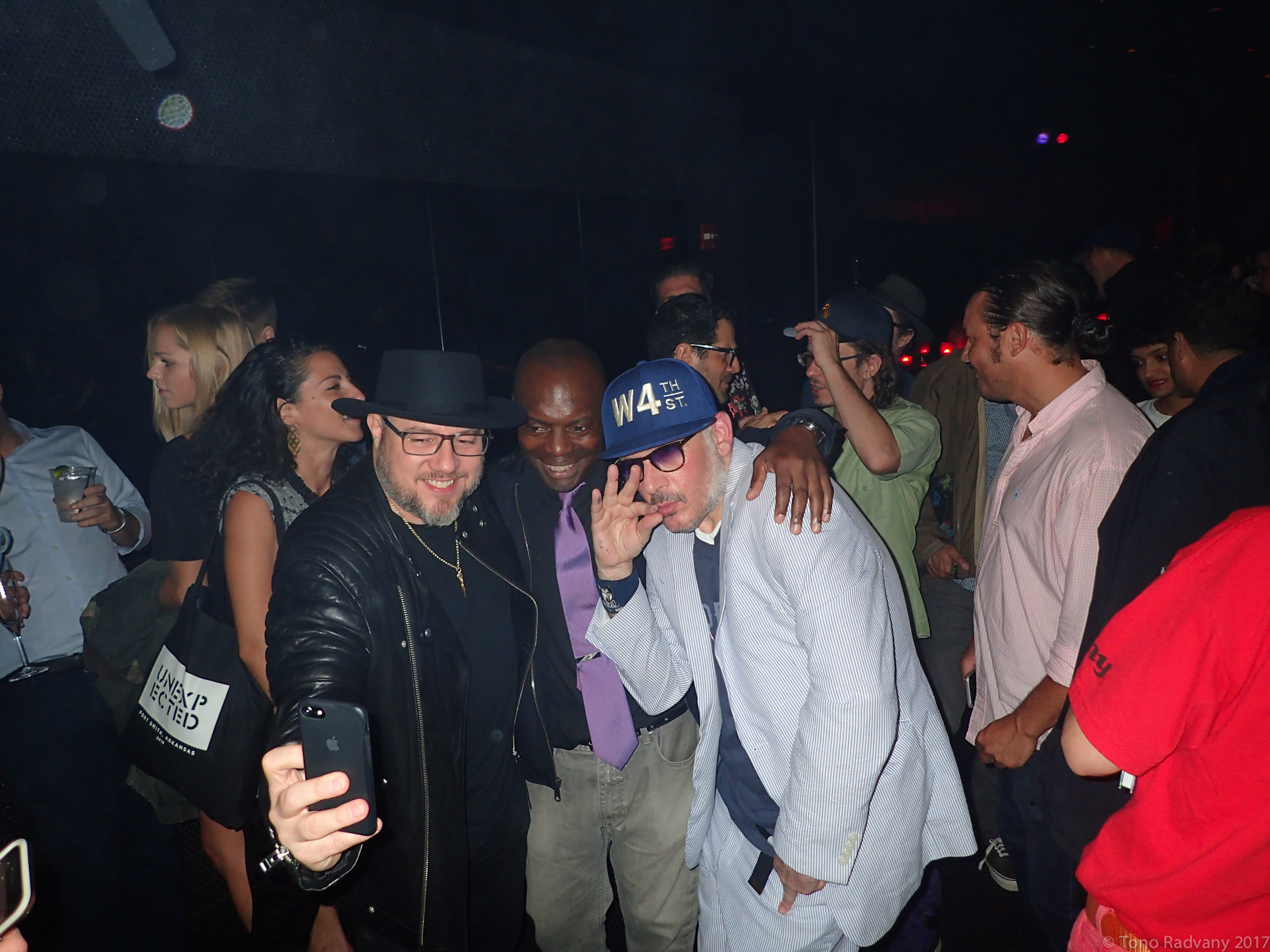 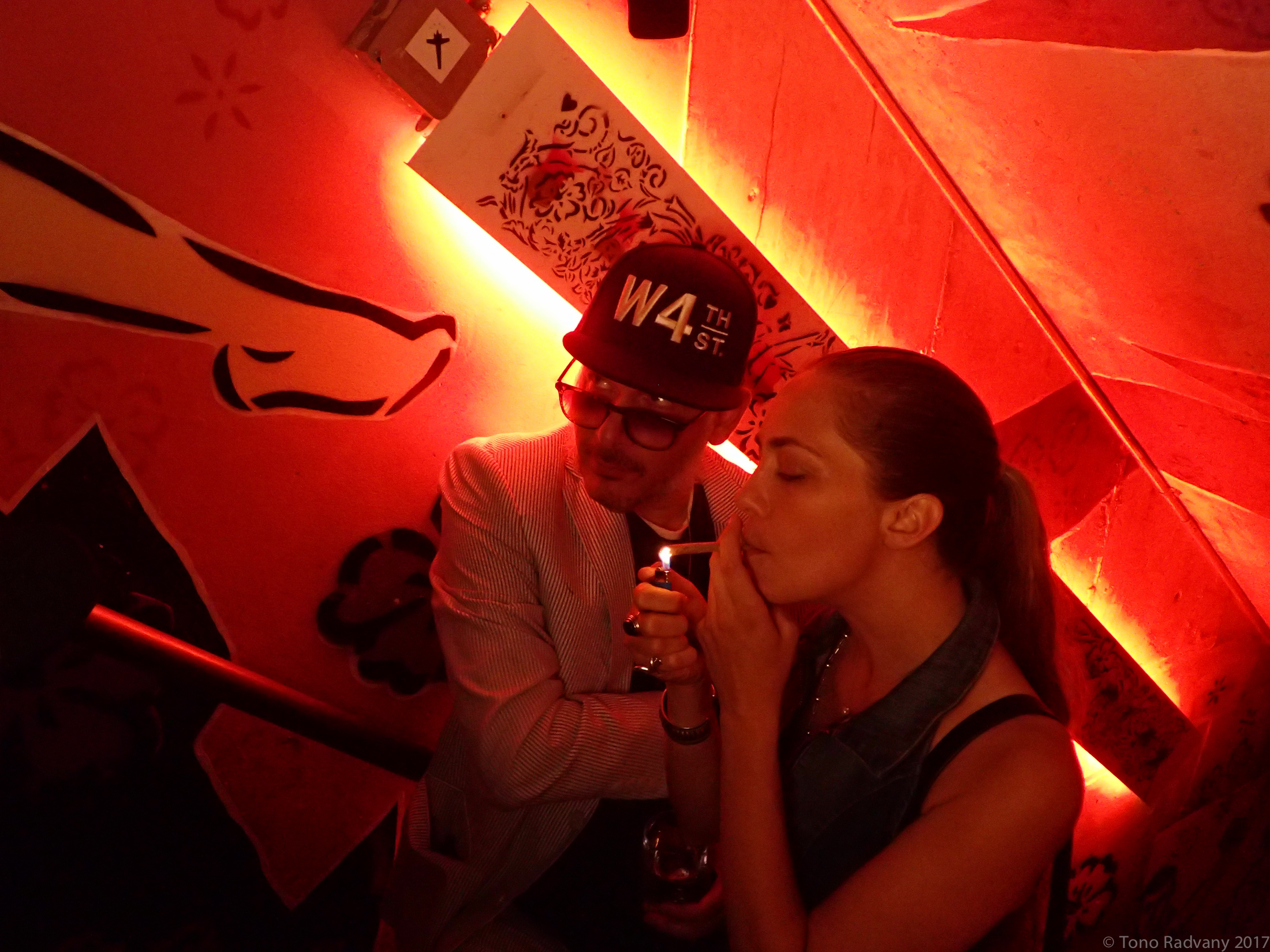 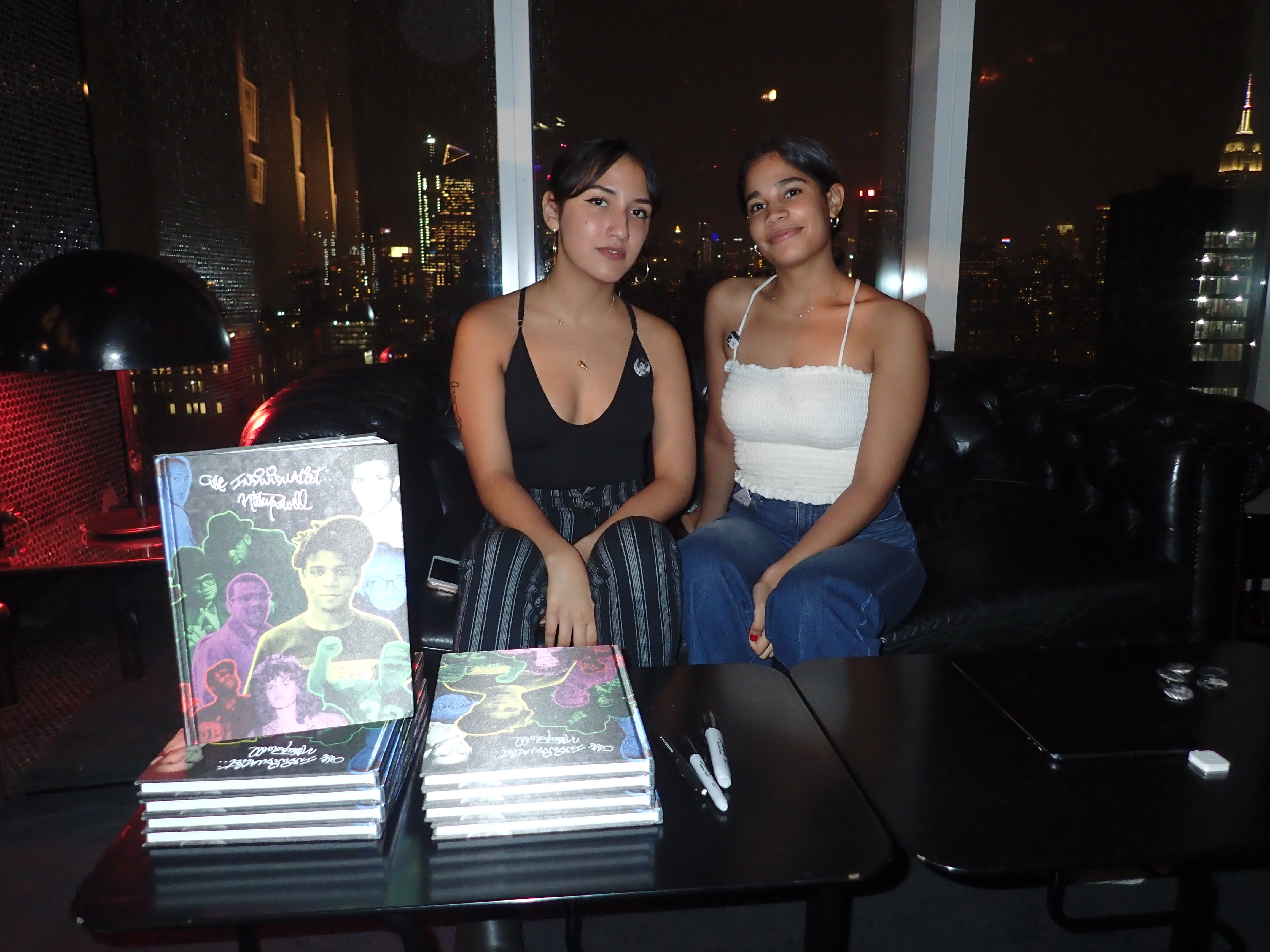 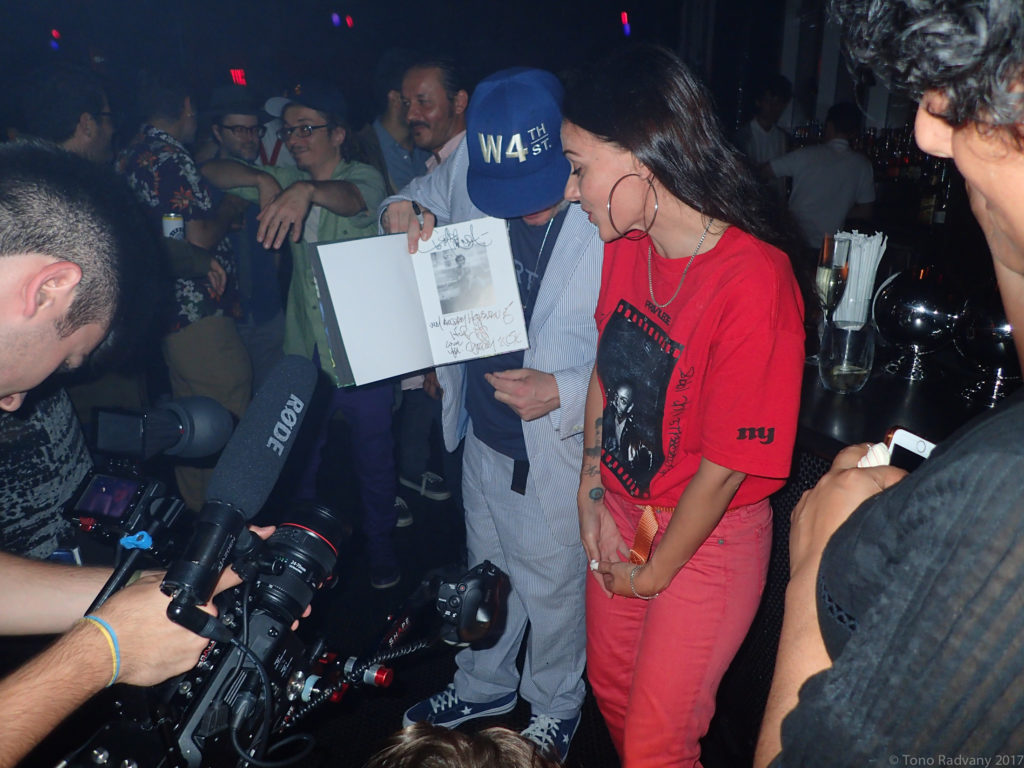 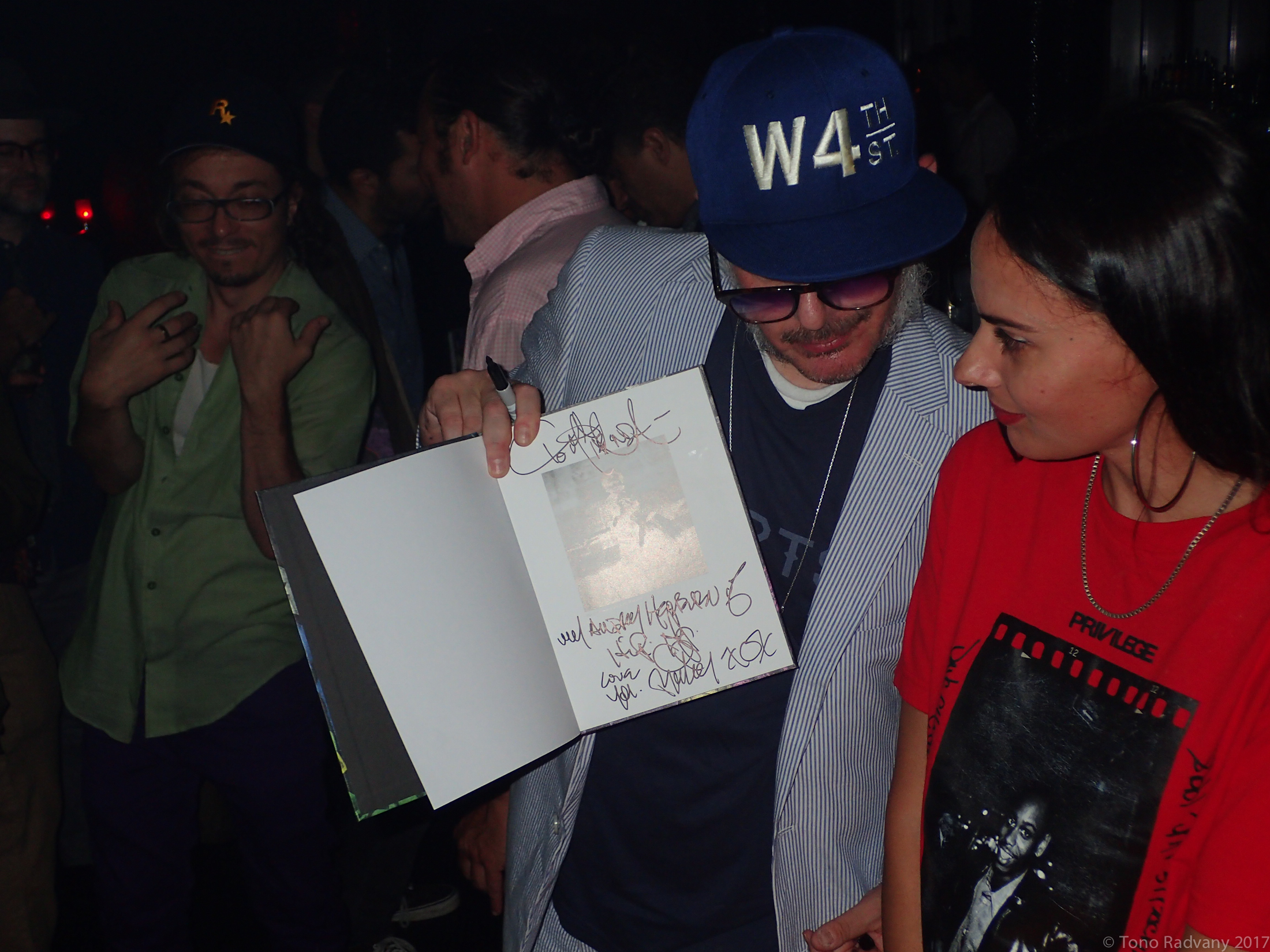 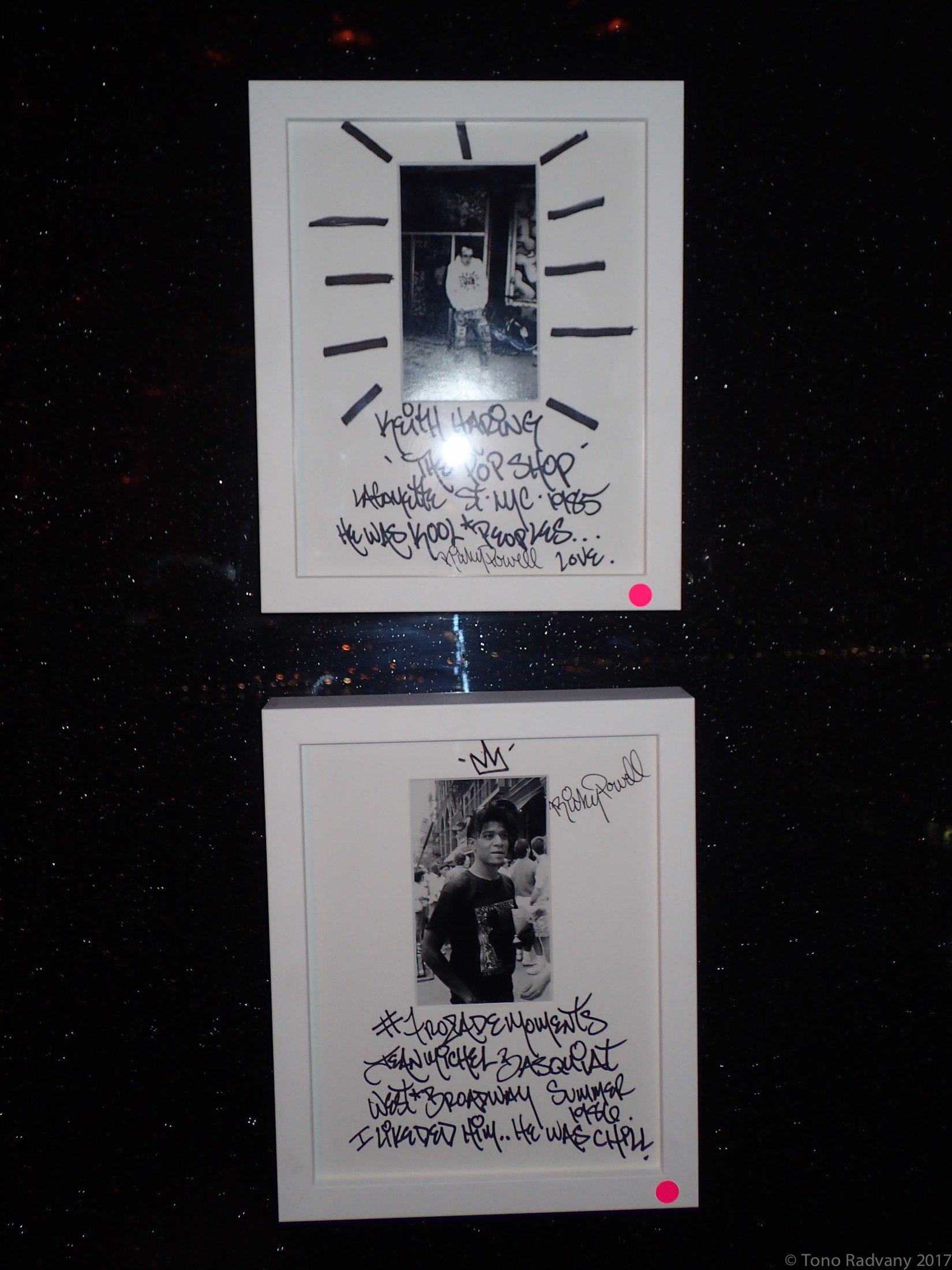 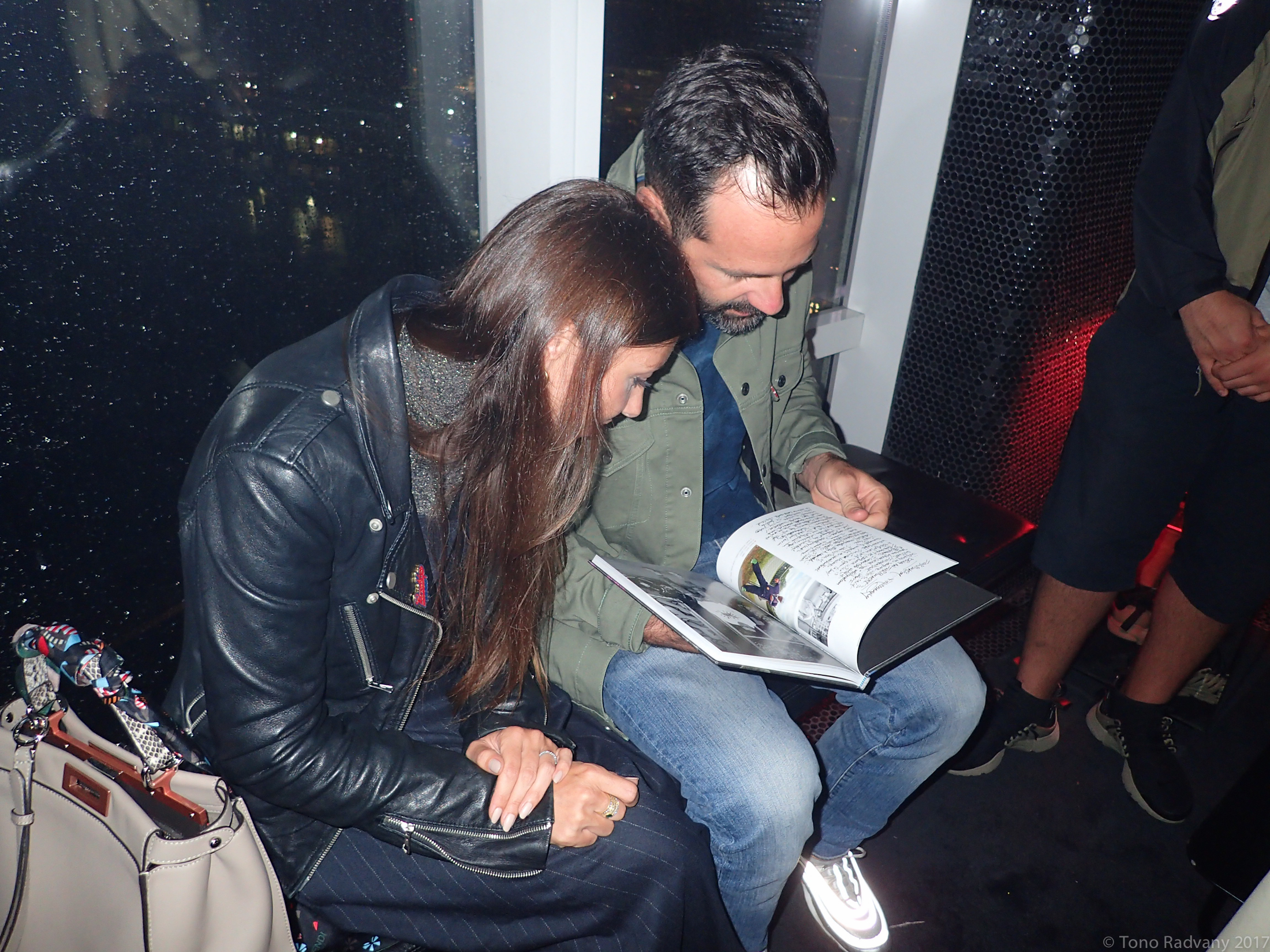 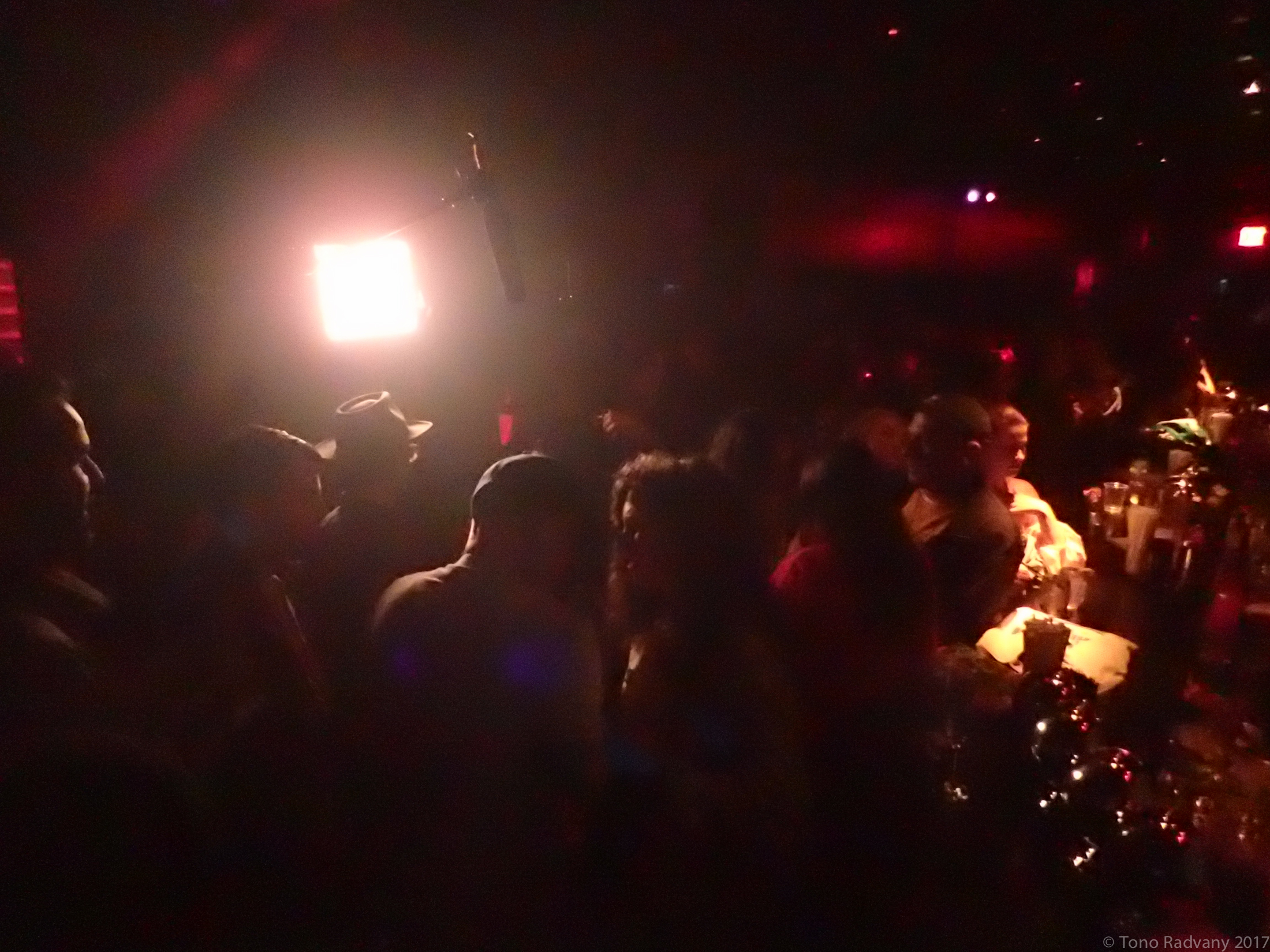 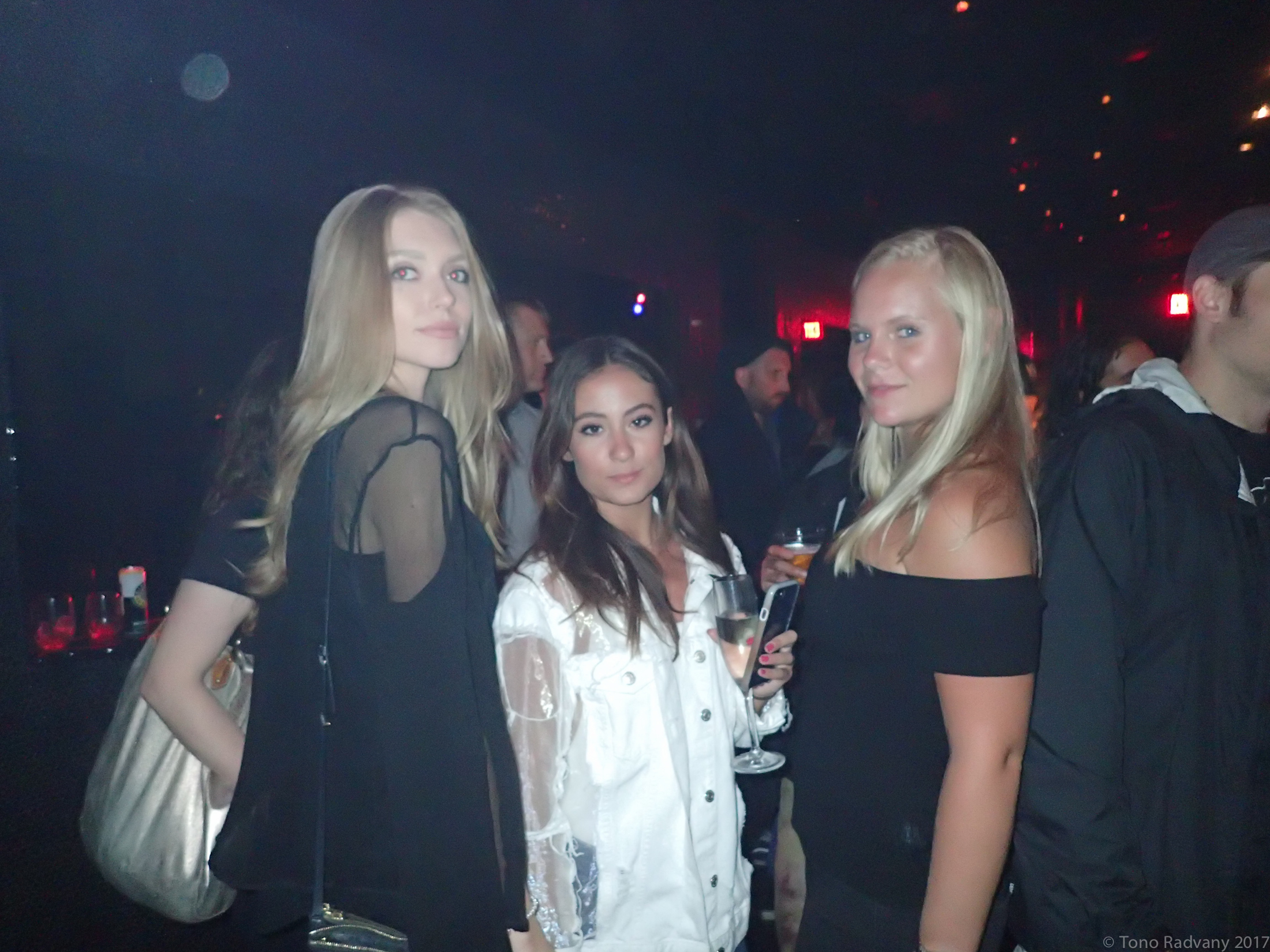 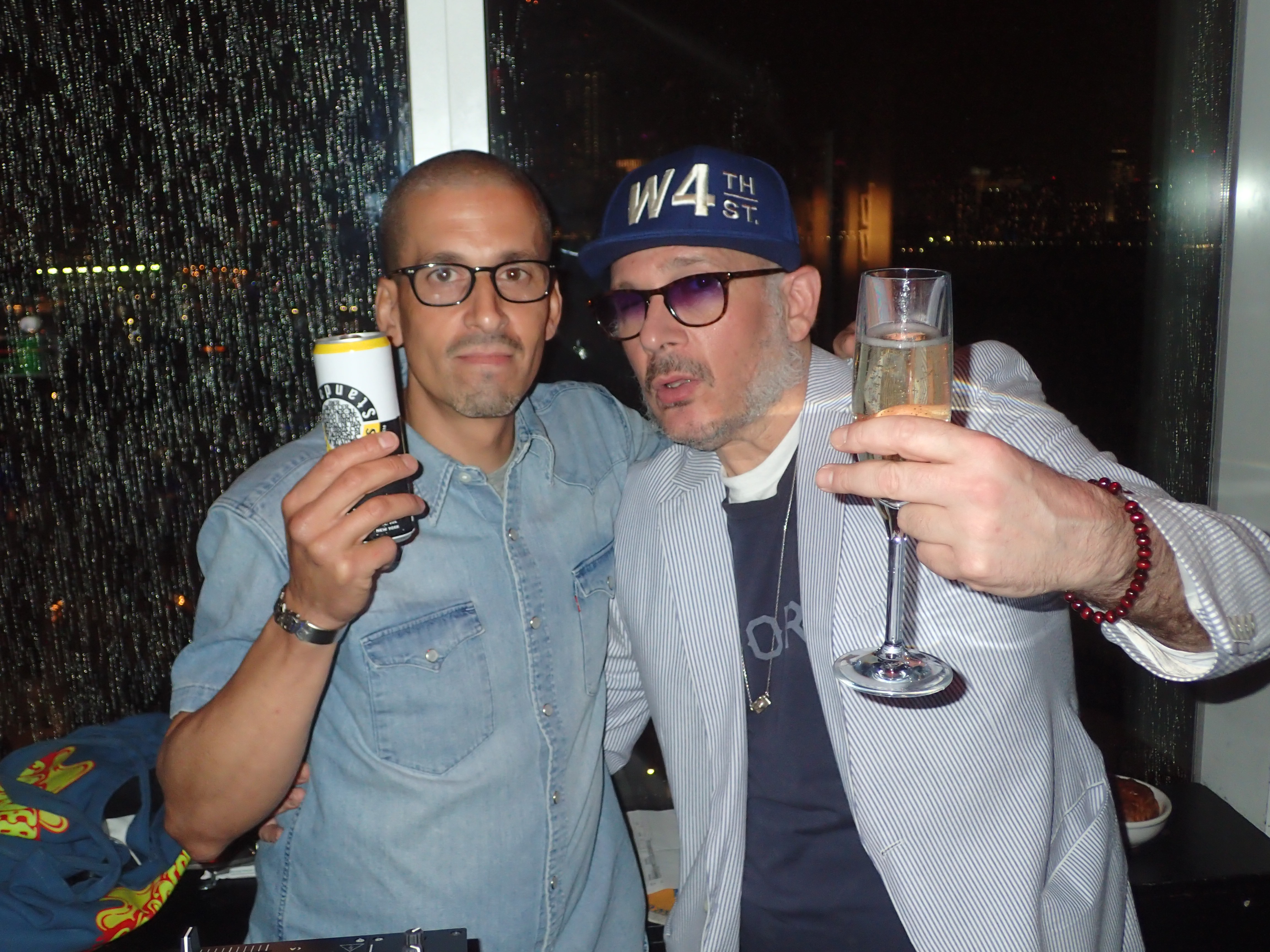 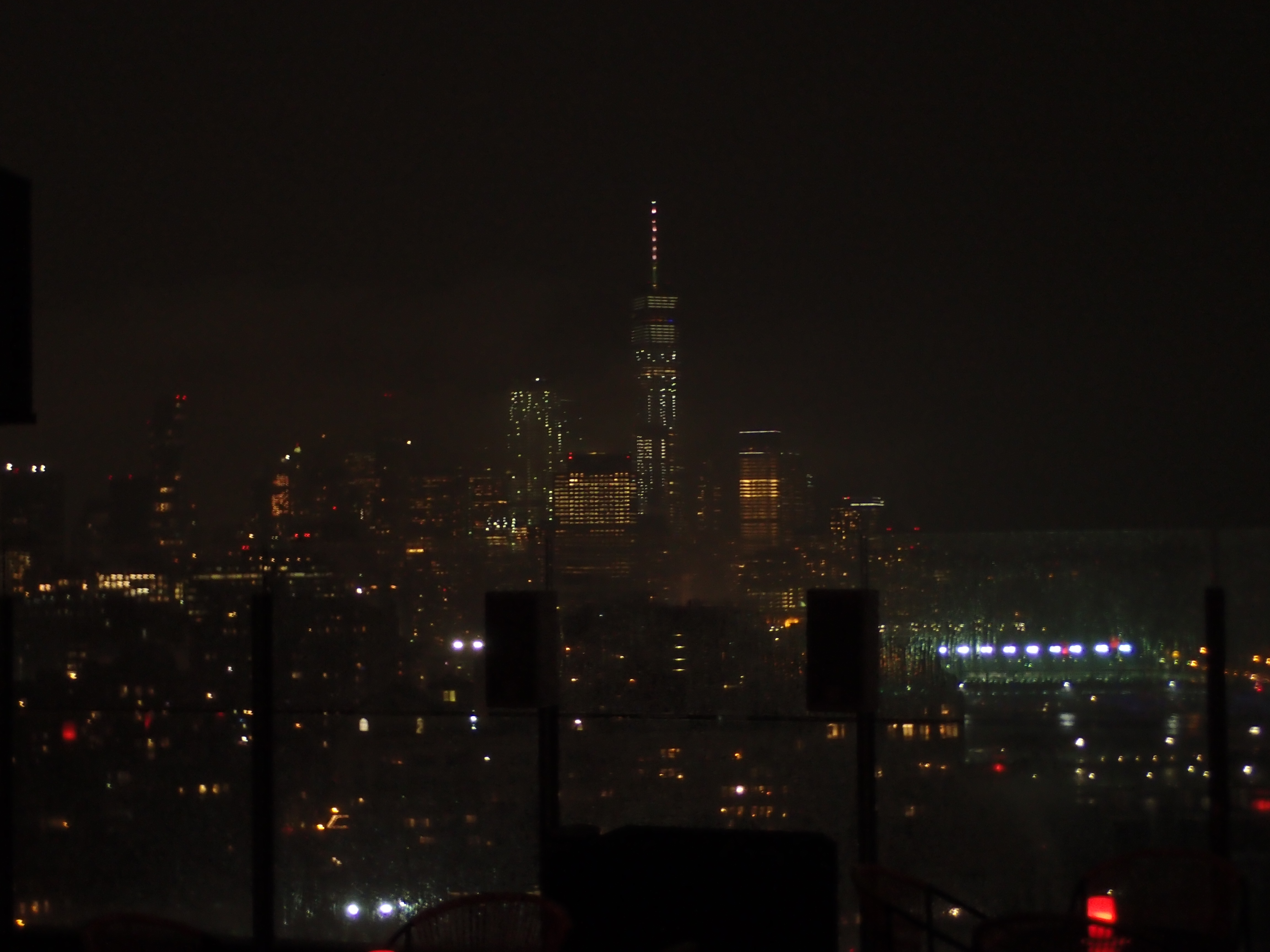 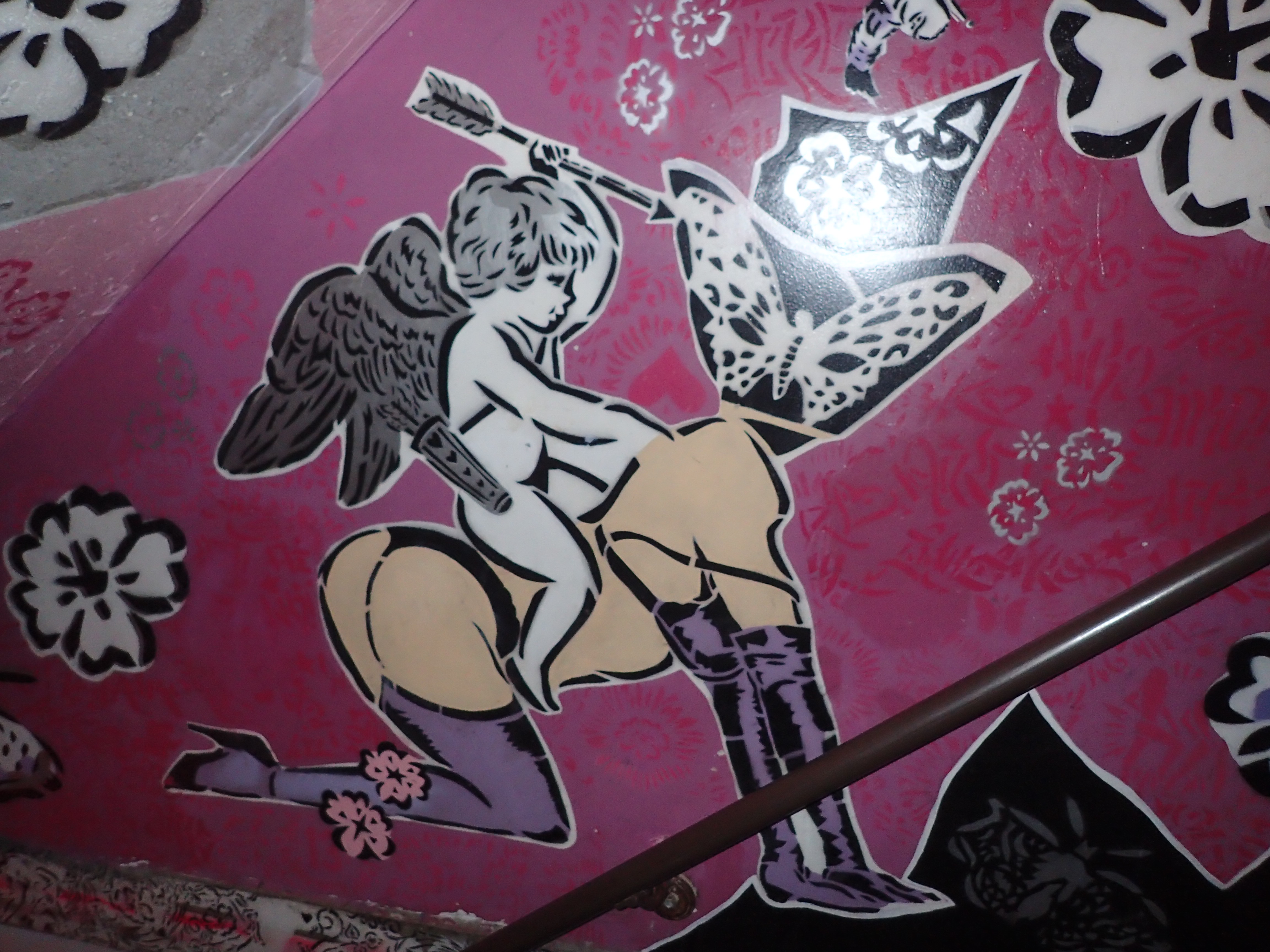 Aiko’s Work Inside The Standard 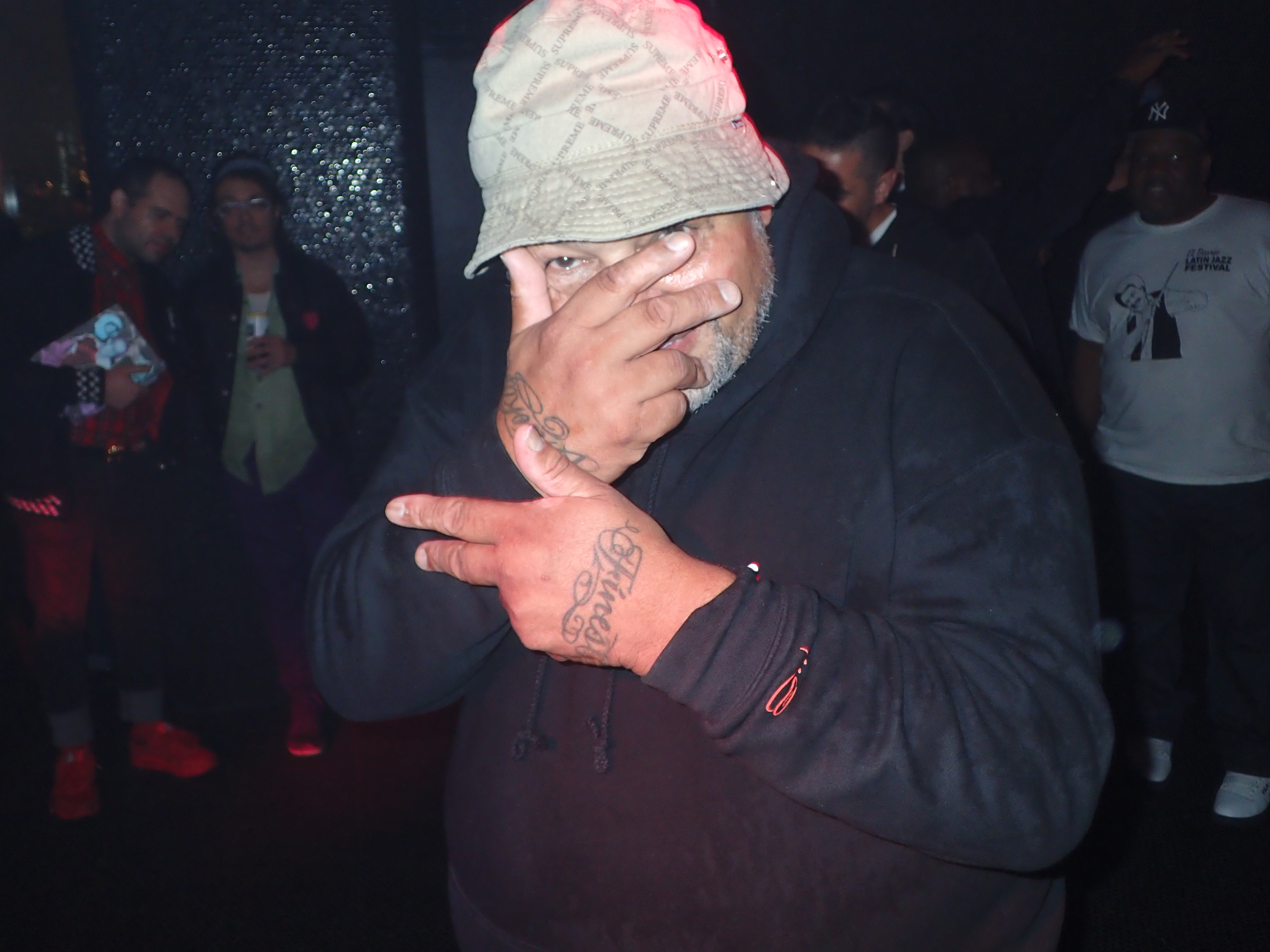 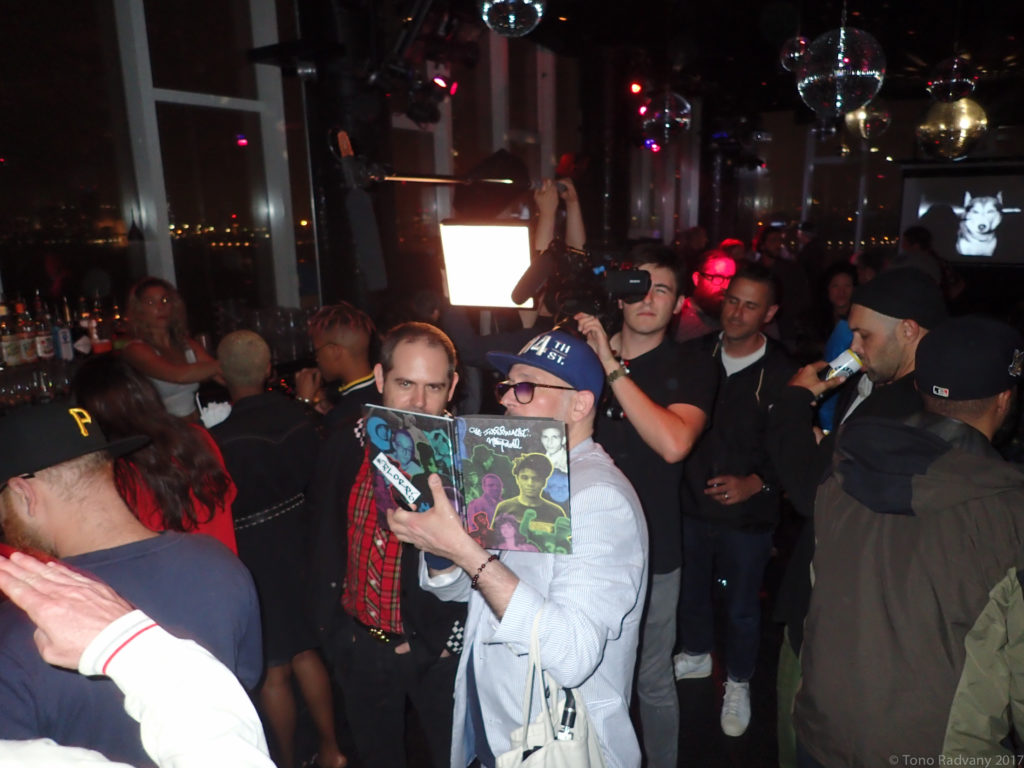 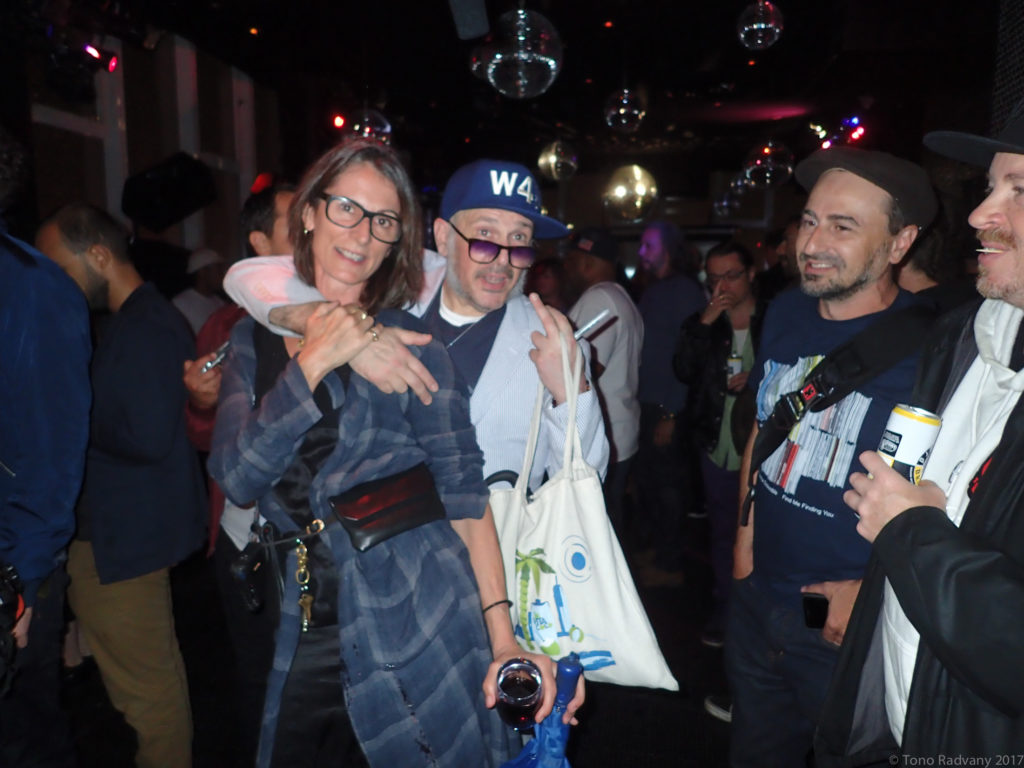 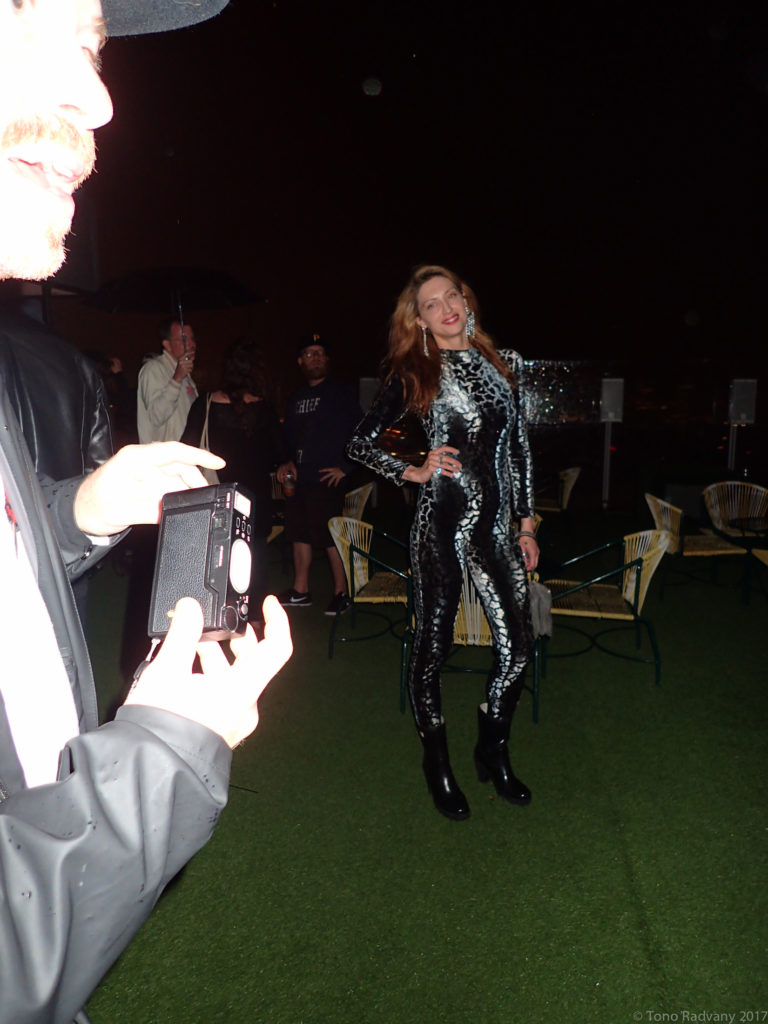 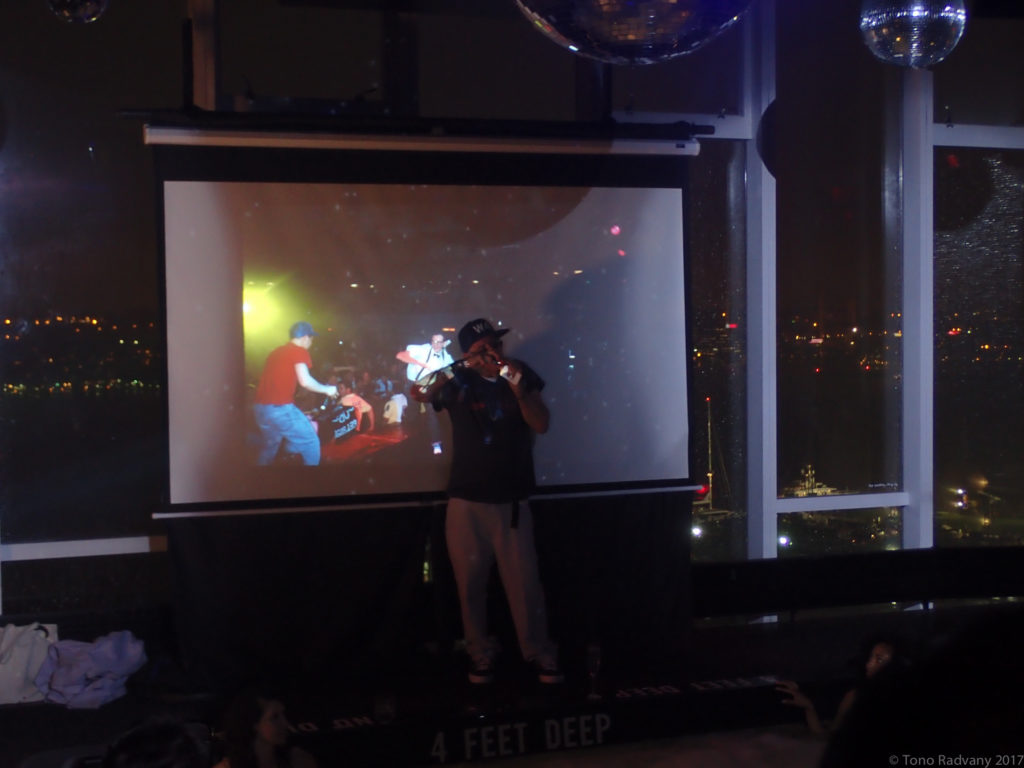 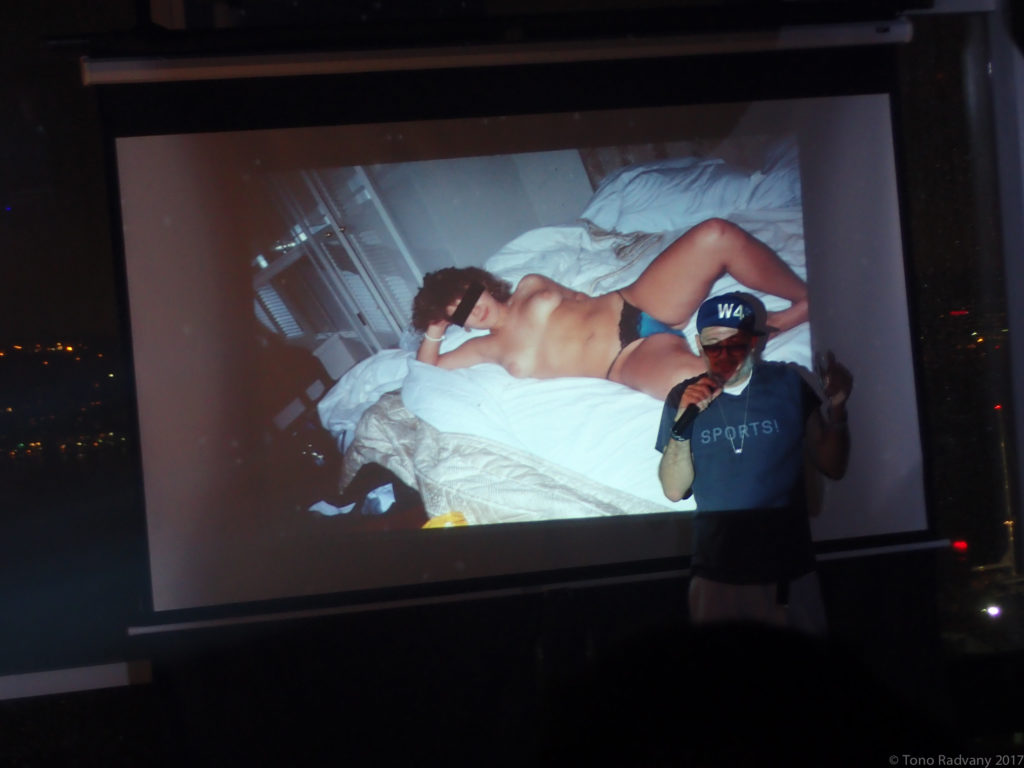 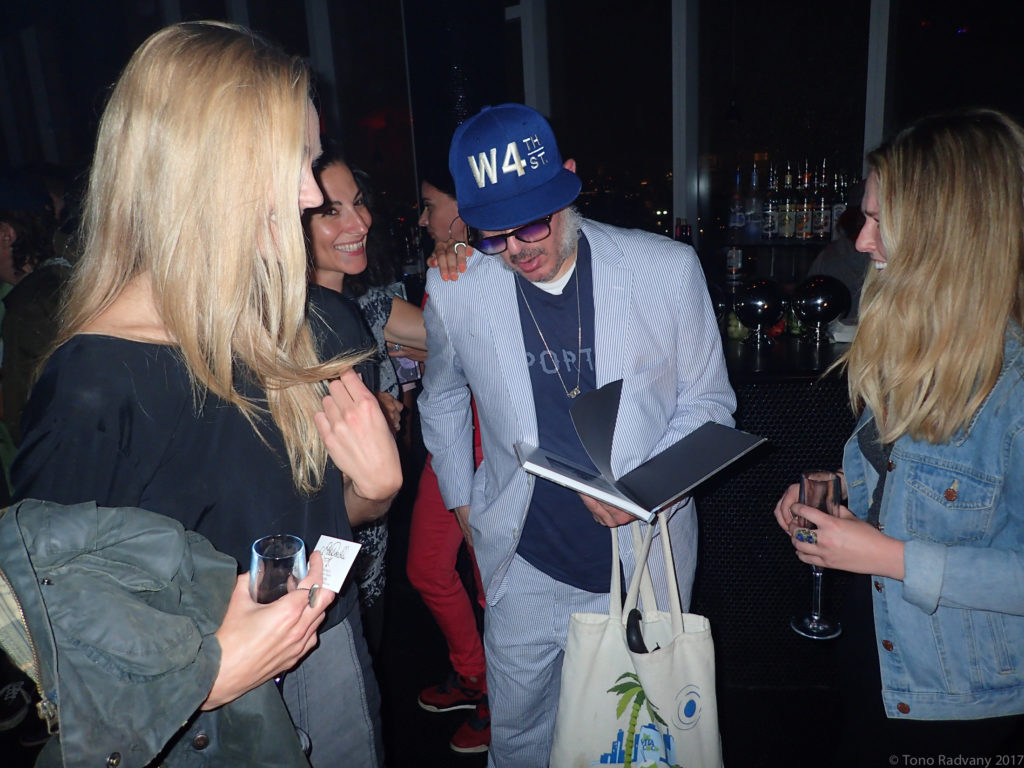 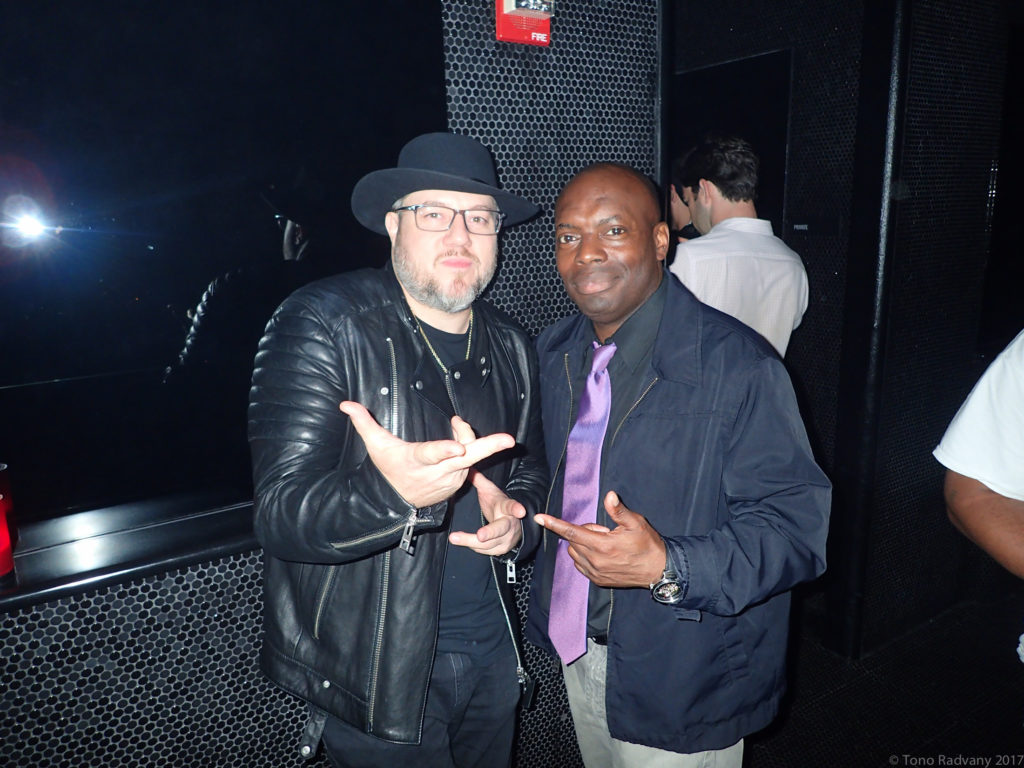 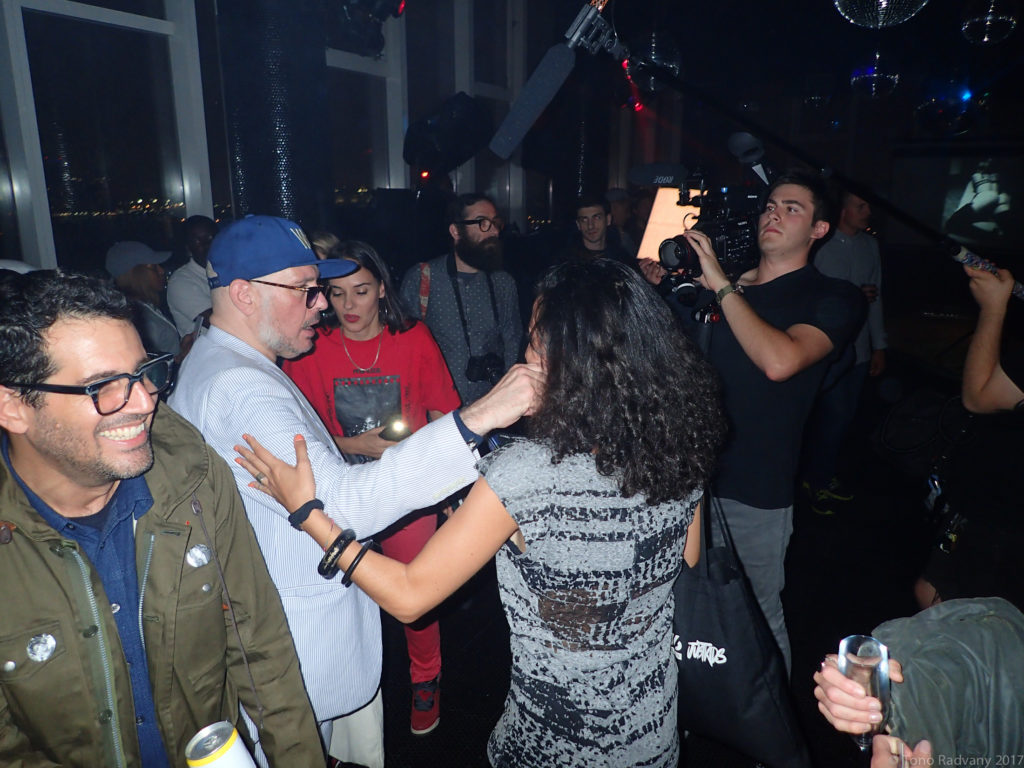 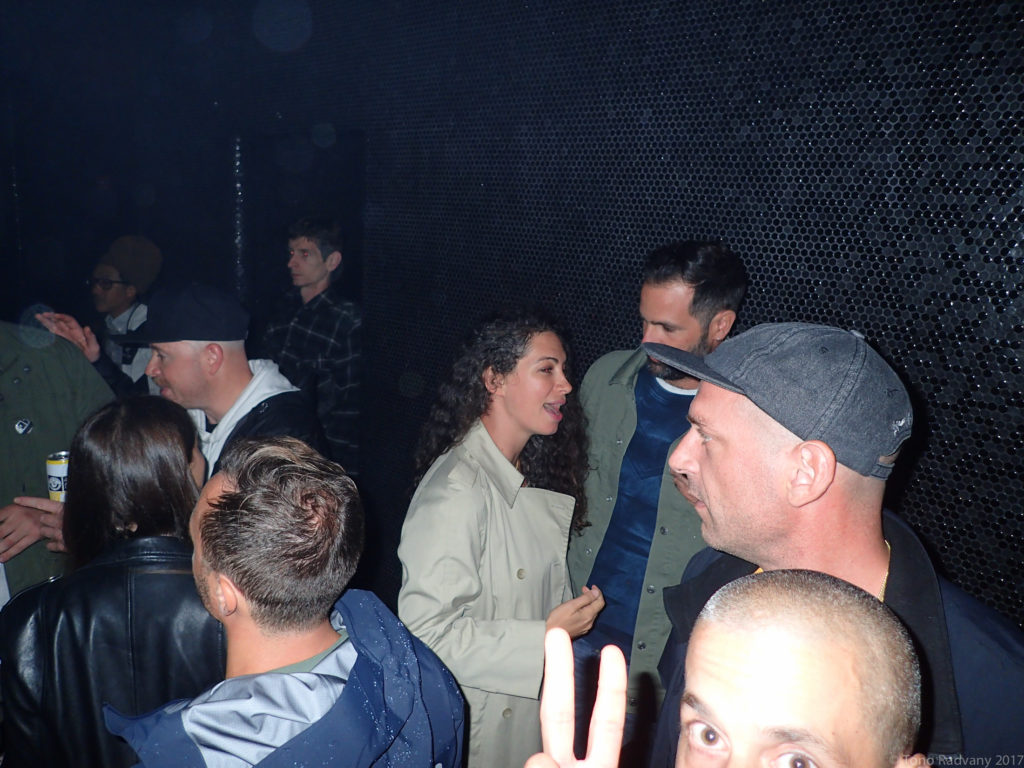 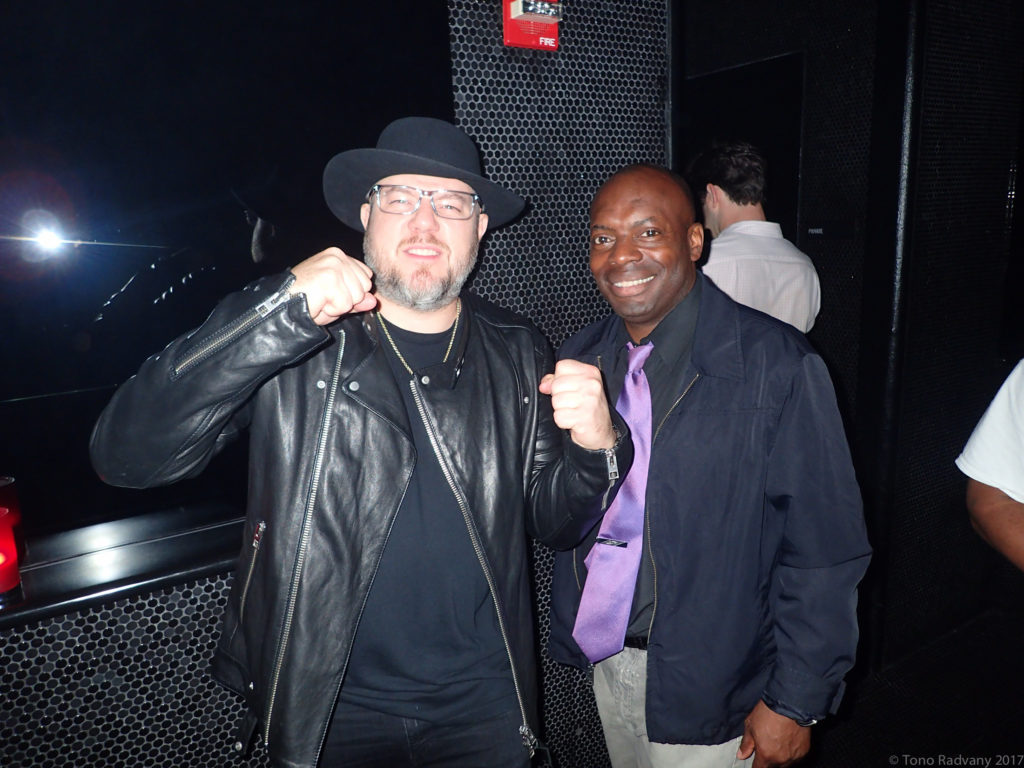 Read On for an excerpt from Ricky Powell’s interview with The Standard.

Ricky Powell is a bonafide New York City legend. He’s also a charming, only-in-New York character with a lingo all his own, or as he refers to it, his “Scorpio mango-izm.” That charm has taken him a long way. Born and raised in the city, Powell made his name in the photography world shooting off-the-cuff portraits of the people he encountered out on the streets and in the clubs, galleries, and nightspots of the city. His photos capture the life of New York, from the biggest stars to everyday people. In his telling, it’s all just a matter of being in the right place at the right time. Fresh off the plane from Tokyo, Powell stopped by The Standard’s offices to tell us some of the stories behind his latest book featuring a slew of photos he’s never shown before. On Wednesday, September 6th at 9pm, join us at Le Bain where Ricky will be holding court with a slideshow and signing. Lift a drink and snap up this legend’s iconic photos and photo books.

THE STANDARD: Let’s start with the Mike Tyson photo. What was going on when you shot this?
RICKY POWELL: Well, this was a Public Enemy show at Studio 54 in 1988. It had become a venue for different shows—it used to be, of course, the old disco. This particular picture was the night after he had an infamous street fight with Mitch Green in Harlem. I think it was in front of Dapper Dan’s actually. I had known him already for a couple years just from being around and I saw him standing there and I said, “Ooof, there’s a photo.” I just snapped a quick flickeroni and I titled it “Pitbull Off the Leash.” This was in the Daily News the next day, page two. It’s funny ’cause here we are, almost thirty years later, and people are jumping out the window over this photo—it’s gotten a rebirth. So, I’m happy, I like it.What were your interactions with Mike Tyson back then? Did he recognize you?
I met him in ’86 at the Palladium, right after he became the youngest heavyweight. I was wearing a Beastie Boys shirt, and he thought I was one of the Beastie Boys. I kept telling him, “I’m not. I’m not.” He kept saying, “Stop bullshitting me.” So, I said, “Alright, I’m one of them.” [Laughs.] So, I had become tight with [the Beastie Boys] and I started touring and I remember he showed up at the Greek Theater when they did a week straight with Run DMC. He came backstage and he had seen me around because I was out and about. That era that people designate as the Golden Era of Hip Hop between ’86 and ’89—it was a meaty, hefty part of my shooting, actually. Club stuff, art gallery openings, hip hop shit. So, you know, I was out and about. He used to see me around. We had a mutual respect.

The Beastie Boys, Check Your Head Tour, 1992
Do you have a favorite Beastie Boys photo?
Not really, not one. You know, it’s like having children. Which one’s your favorite kid? I don’t know. There’s different ones. I like the ones I shot when I hooked up with them in ’86. Then of course I like the Licensed to Ill era in ’87. I like the Paul’s Boutique era in ’89.Were you their tour photographer?
They brought me on as an unofficial official tour photographer. Then, for the Check Your Head tour in ’92, they were like “No, you gotta work this time. You’re gonna do luggage.” I was like, “OK.” So, that’s how it basically went. In ’94, same thing. It was good times touring the country with an intelligent, hip group. I was lucky.Were they game subjects to be shot? Were they easy to wrangle?
We had a good chemistry. I wouldn’t always be up in their face. Actually, two years ago, I commemorated “30 Years of Pro Photos on a Hangout Tip.” That’s how I did it—hanging out and being a part of the scenery and then something would come up and I’d be like “Lemme get this flick, this is a good one, you’re going to thank me one day” type shit… 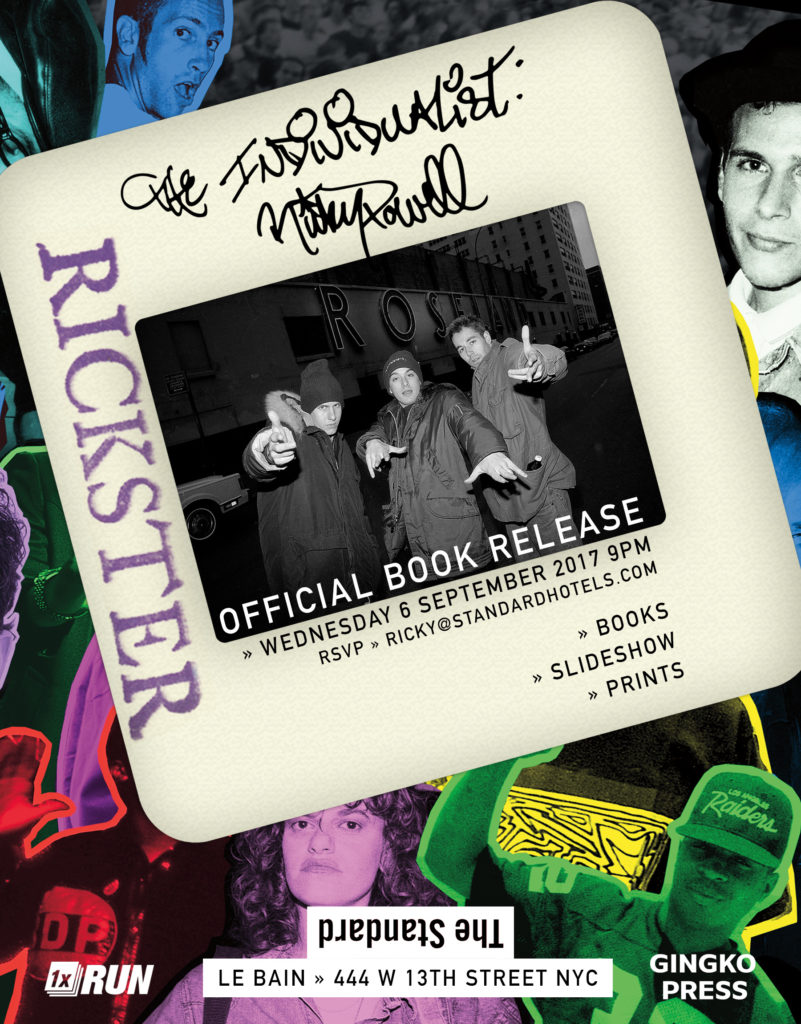 Read the full interview with Ricky Powell over at StandardHotels.com and grab The Individualist right here !
-1xRUN
0000
BY: Dan Armand