1xRUN is thrilled to announce the upcoming Floating Points series, the debut release from Mr. Penfold.  Mr. Penfold, also known as Tim Gresham, is a screen printer, muralist, designer, and painter from Cambridge, United Kingdom. Heavily influenced by skate deck graphics and street art as a teen, Mr. Penfold has perfected a distinct and playful approach to abstract art.  Floating Points – A + B + C is a 3-Print set consisting of 5-color screen prints, available in limited editions of 35. Each edition of Floating Points will be available in two color ways: a standard edition and printer’s selects. Read on as Mr. Penfold gives us the story behind his latest abstract works in an exclusive interview. Stay tuned for the official release of Floating Points on October 24th! 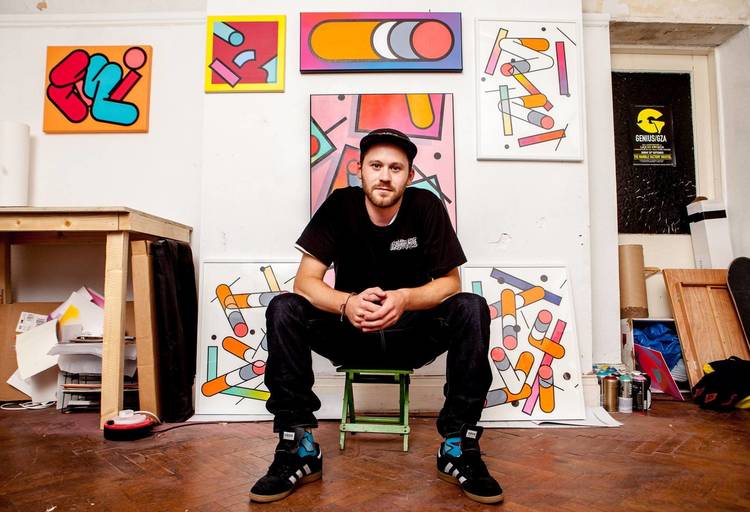 1xRUN: Tell us a little bit about this piece, anything immediate you would like us to highlight about this image?
Mr. Penfold: For these prints I wanted to create a triptych that worked in harmony with each other, All sharing a color palette and similar theme on patterns, shape and composition.

1x: Was this image part of a recent theme, series or show that you had?
Mr. Penfold: I guess kind of. I’ve been making work with a similar thread through out 2019. I’m really enjoying this group of shapes and squiggles at the moment. 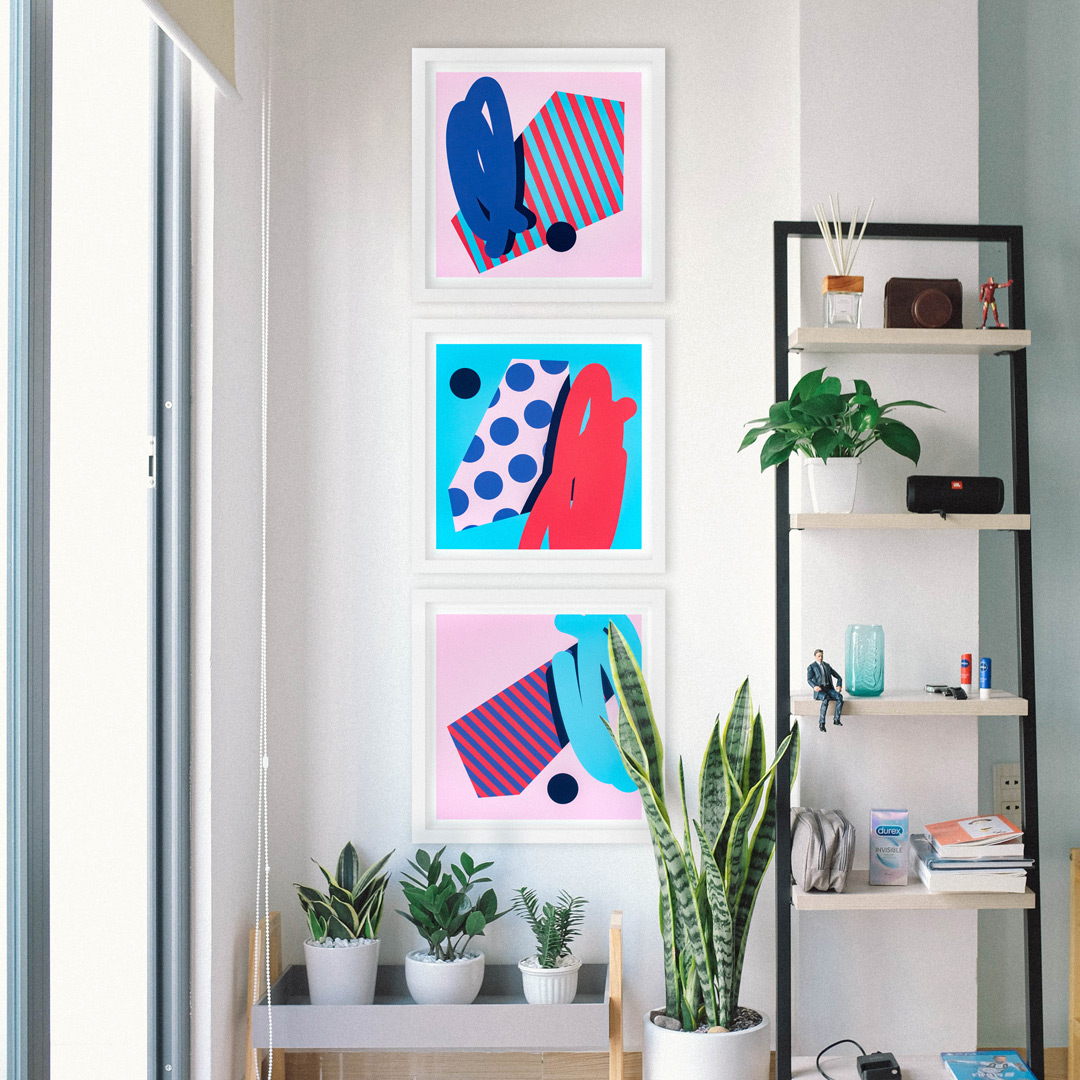 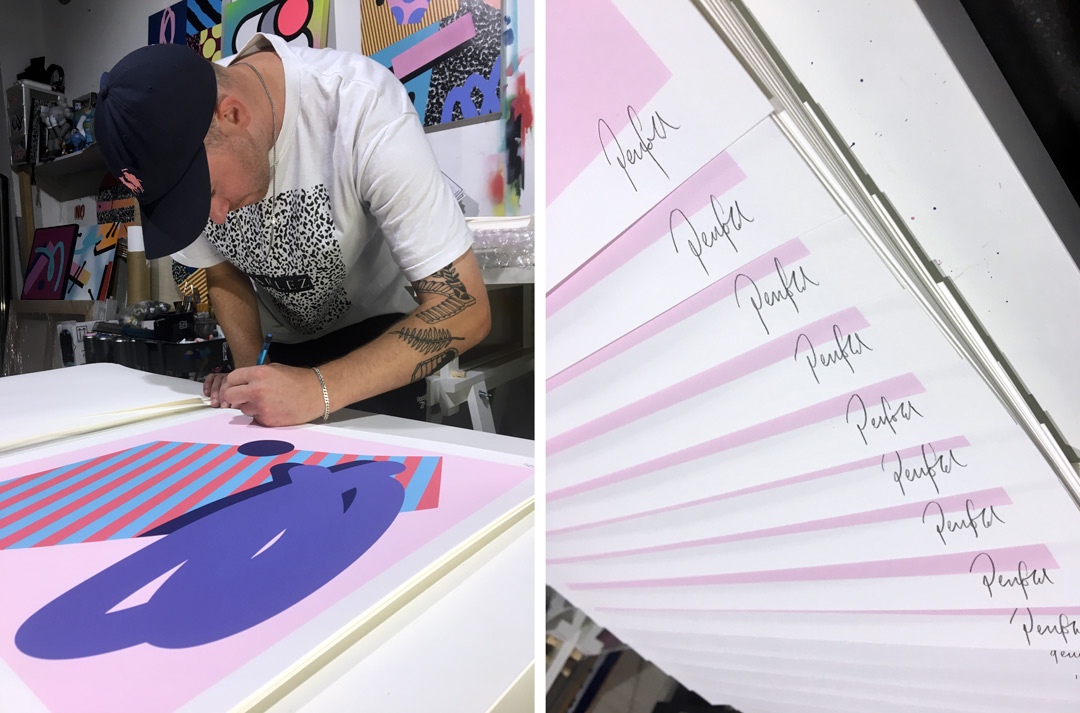 1x: What materials were used to create this original piece?
Mr. Penfold: For these prints I made some very rough pencil drawings and mixed some colors to see what felt right, then I reworked it on my computer so I could juggle the elements to get the composition right.

1x: When was it originally drawn and created?
Mr. Penfold: oh god… I can’t remember haha… maybe the start of June 2019.

1x: Tell us how the idea and execution came about for this image?
Mr. Penfold:  Like I said before, the three prints stem from pieces I’ve made throughout 2019. I usually like to work with a group of shapes and see how far I can push them.

1x: How long did each of this image take to create from start to finish? What is unique about this piece compared with your other work?
Mr. Penfold:   I think in total It was a week. I usually start something and come back to it over the course of a month until it feels done. This is the first time I’ve done a triptych print! 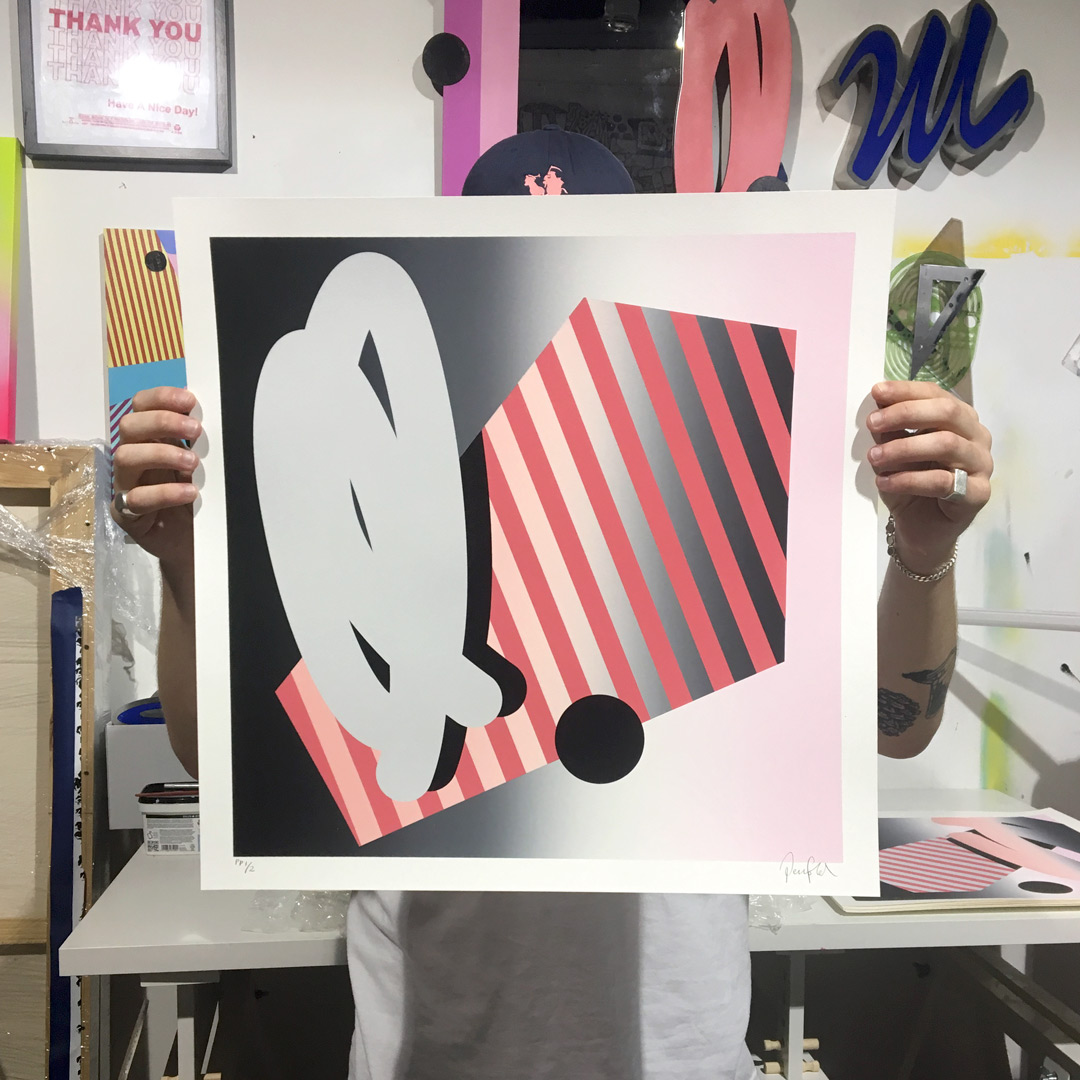 1x: Why should people buy this one of these prints?
Mr. Penfold: to help me support my Jaffa cake habit! 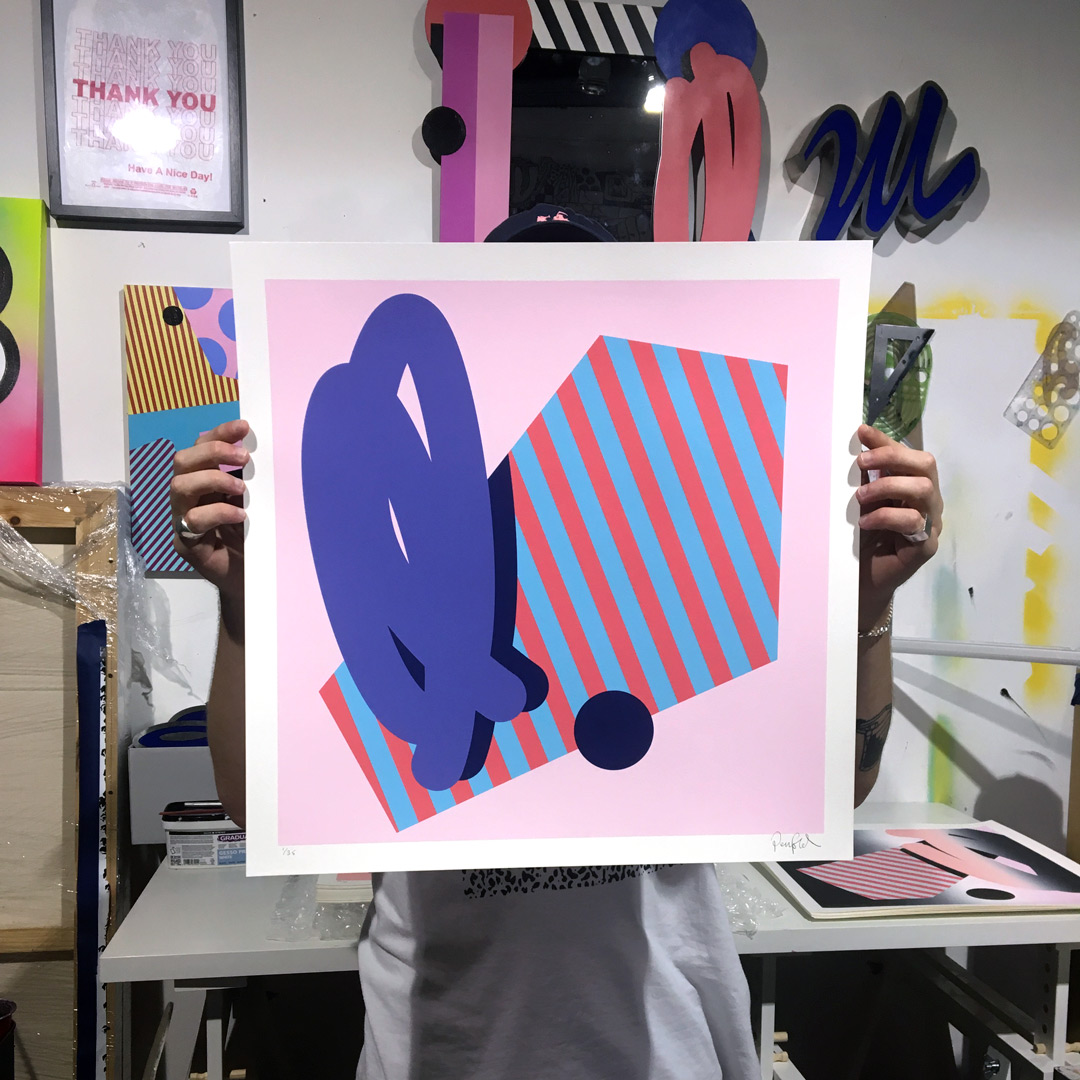 Floating Points – A – by Mr. Penfold

1x: When did you first start making art? What was your first piece?
Mr. Penfold:  as soon as I could hold a pen or brush! Like everyone I did ton of art as a kid… I just never stopped. My first piece was probably something made out of macaroni!

1x: What artists inspired you early on? What artists inspire you now?
Mr. Penfold: Growing up in an artistic house I was always surrounded by artwork and artist. I think my inspiration when I was younger was mostly the atmosphere around me.  So many people I admire now. I try to not get inspired by other artist and try to do things that feel natural to me. Artists I’m into now are people like Momo, Erin Garcia, Aryz, Gary and Pref.

1x: Do you listen to music while you work? If so what? If not then what is your environment like when you work?
Mr. Penfold:  Yeah I always have tunes blasting. Too many artist to mention haha! Search Tim Gresham on Spotify and you can see my weird playlists,

1x: If you could collaborate with any living artist who would it be and why? Any deceased artists?
Mr. Penfold: oooo that’s a tough one. It’s hard to say, If their vibe was right and we could jam then anyone really. I’d love to paint some colab paintings with some of my childhood mentors! People like John Mclean and Willard Boepple.

1x: What was the first piece of art that you bought? Do you still have it? The last?
Mr. Penfold: I bought a Dave Kinsey Screen print when I was 17… Fuck knows where that is now! Lost in time somewhere.  Most of the art I have acquired over recent years is through trades to be honest. I’m more into buying weird shit like toys and crap for my home and studio.

1x: Any big shows or events coming up that you’d like to share?
Mr. Penfold: There are a few bits in the works, but nothing that’s ready to share yet!

1xRUN: Where else can people find you?
Mr. Penfold:  Instagram – @mrpenfold