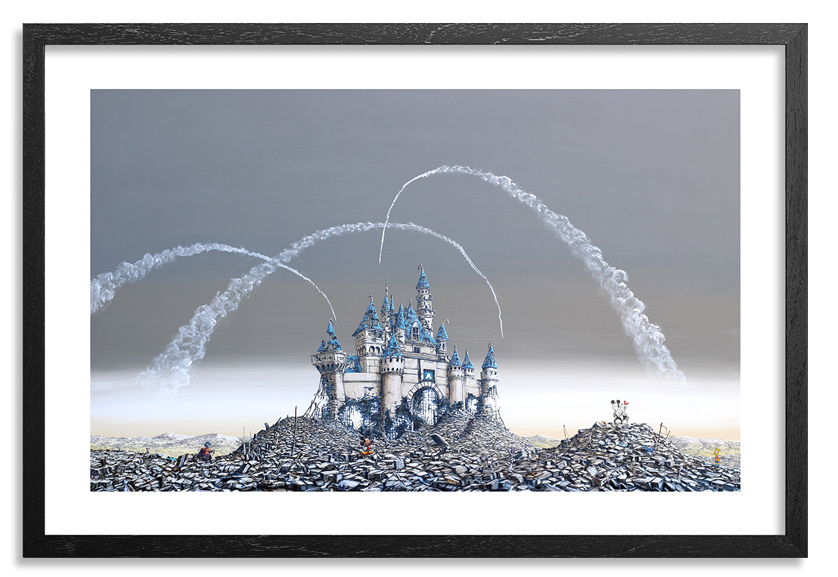 Looking at Jeff Gillette’s work feels like staring into the future of a neglected memory. The Banksy-approved artist uses wit, irony, and Disney iconography to send poignant messages about capitalism, environmentalism, and the consequences of overconsumption.

Gillette’s work often imagines lovable characters immersed in a slum or razed village, far removed from their Disney fantasyland: Mickey Mouse wanders a slum built out of a theme park blown to bits; Donald Duck is astray, dizzied and alone on a planet scorched by nuclear war; a missile strike descends upon Cinderella Castle. 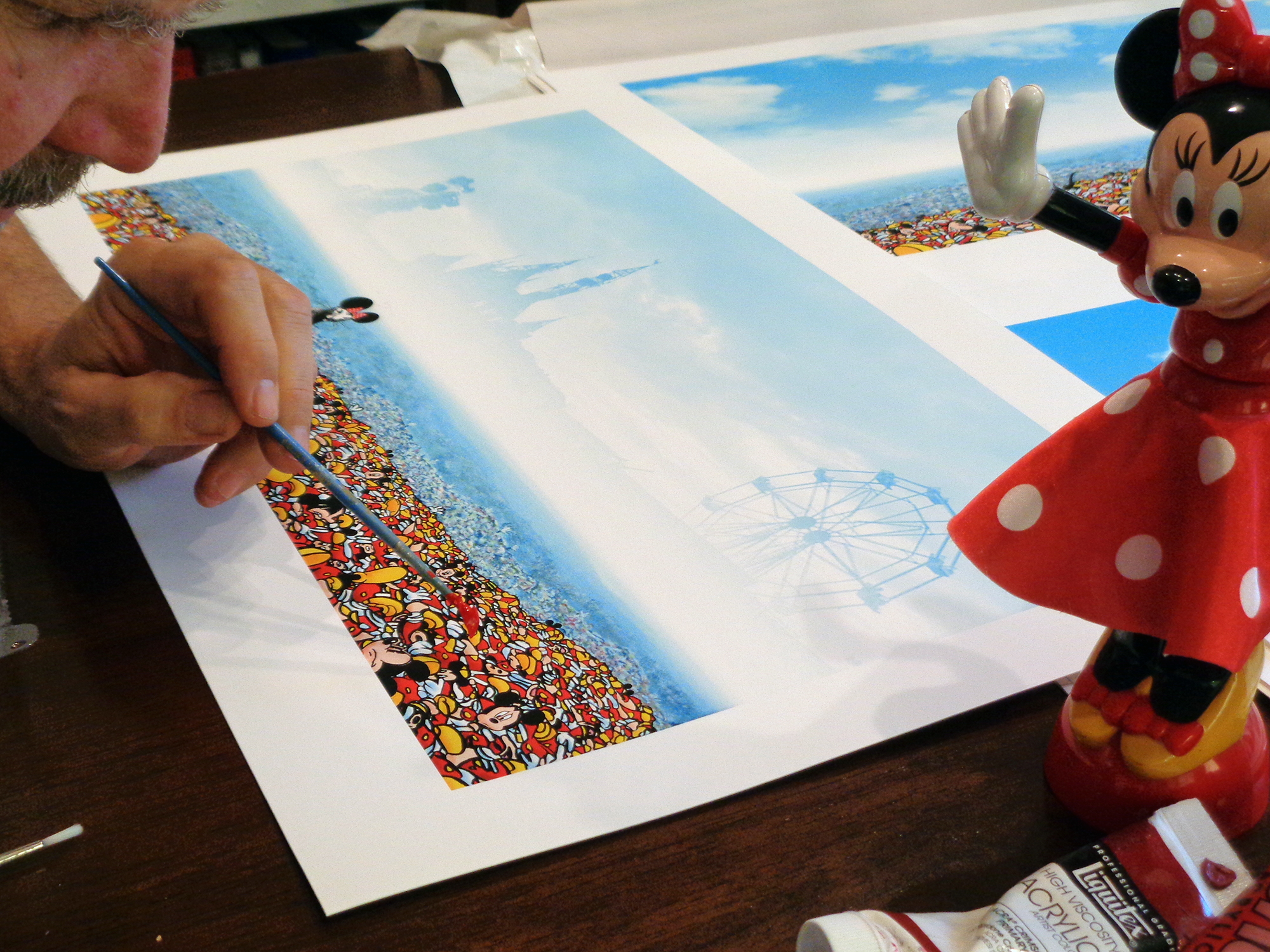 His paintings become all the more interesting in that they’re based on real settings that the artist visits around the world, such as Mumbai, India and the Mojave Desert. Gillette uses this journalistic approach to highlight a deeper irony about Disney’s warm-hearted capitalism: is Jeff Gillette’s dismal future as distant as we think? Is it ethical to enjoy cartoons while the world is suffering from a 2-billion-ton trash crisis?

Coming soon, 1xRUN is releasing an exclusive edition of hand-painted multiples with the iconic pop satirist. Take a look through the archive for available works, and see below for a sneak peak of the upcoming release! 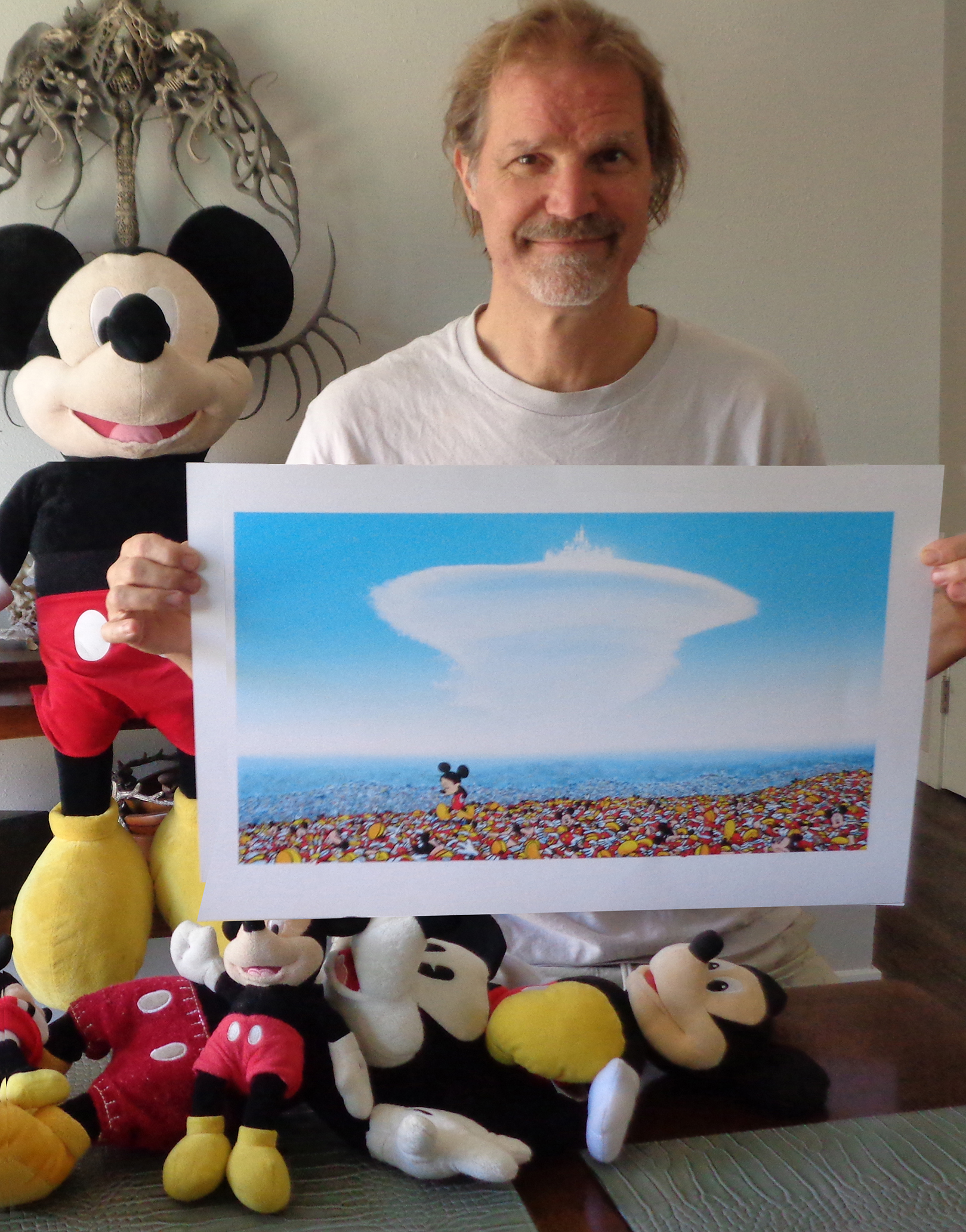