1xRUN is excited to announce Jose Di Gregorio‘s Prismas collection: 21 hand-painted and meticulously crafted original works of art! With Prismas, the artist’s second 1xRUN release this year, Di Gregorio develops complex shapes through a series of intricate geometrical patterns, giving the effect of movement through space. Read our exclusive interview with the artist below, including behind-the-scenes process videos, close-ups, and more.

1x: What is unique about this collection compared with your other work?
Jose Di Gregorio: The Prismas series starts from a near-identical pattern of repeating octagons, with each deviating and forming their own patterns. In this collection I added a number of layers on paper, which is a surface I don’t typically work on. These aren’t embellished works on paper, but full paintings start to finish. Every line and color you see is drawn and painted by hand.

These are new pieces made exclusively for 1xRun. 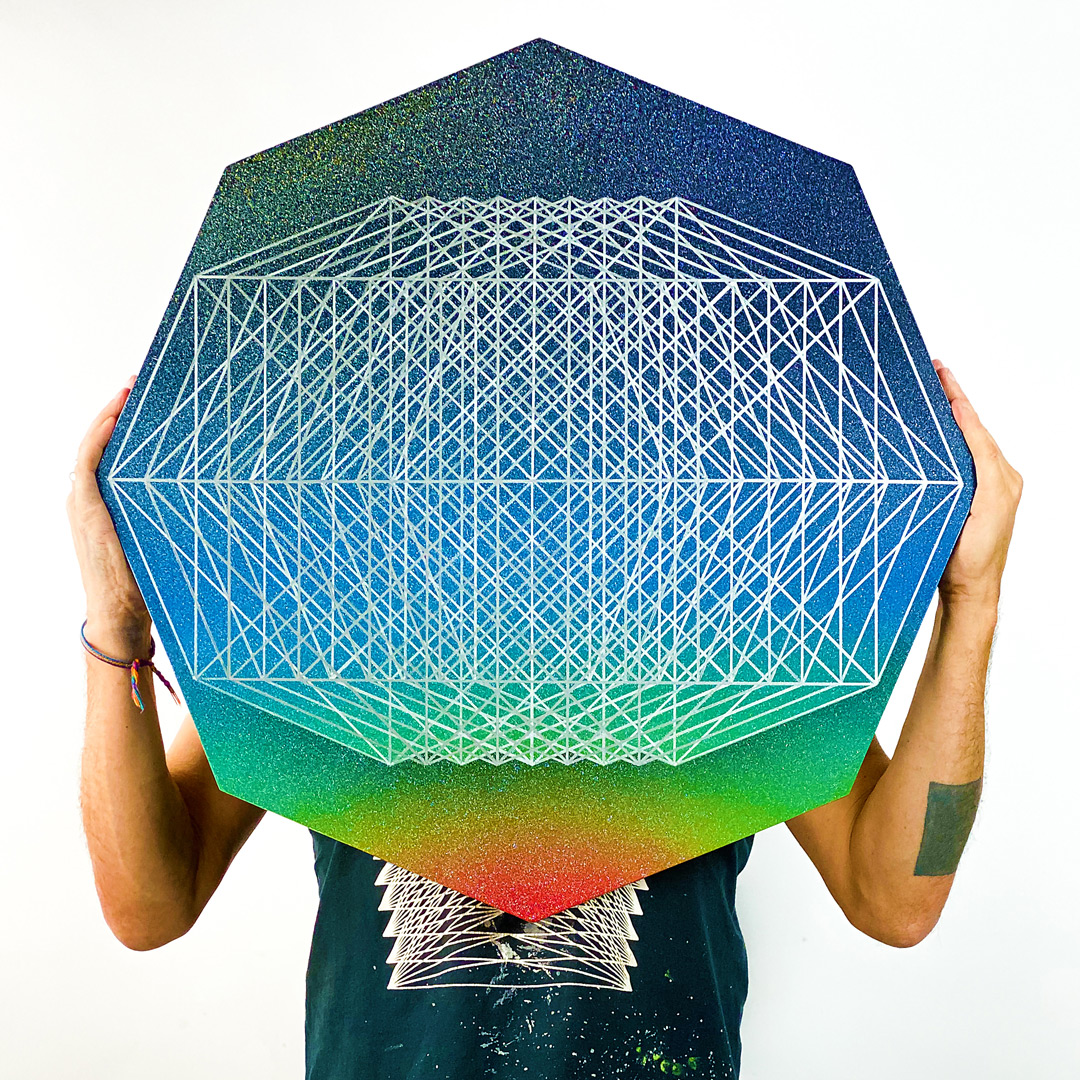 1x: Your painting style is extraordinarily meticulous. What is your process for developing new shapes and patterns?
Jose Di Gregorio: I have two shapes I typically start with as a mental template, primarily the octagon and secondarily the triangle. From that I visualize a repetition of new emerging patterns. I don’t think of myself as mathematically inclined, but it’s like creating new equations while in the process of solving the original problem. So depending on the complexity of the image, I’ll identify a new pattern structure and hone in on it.

One aspect of the repetition of lines is the desire to make sense of where the line and pattern might’ve originated in the image. By obscuring an otherwise simplistic original pattern with even more patterns, there’s more acute attention to nuances within the patterns themselves.

1x: You explore the phenomena of experiencing “double vision”, or illusory palinopsia, throughout your work. What interests you about palinopsia, and how do you think you capture that in your art?
Jose Di Gregorio: In general, palinopsia is attributed to adverse conditions like seizures, migraines, head injury, hallucinatory drugs, etc. Outside of that context though, the imagery of tracers can have a dynamic pull of harmony and order. Like the undulating, repetitious gesture of an orchestra composer’s baton, where for a fragment of a second you can actually capture the ghost of movement in real time. That’s really mesmerizing. With my images, it’s taking a static image of lines that are formed into a harmonious, repetitious pattern that becomes very meditative. 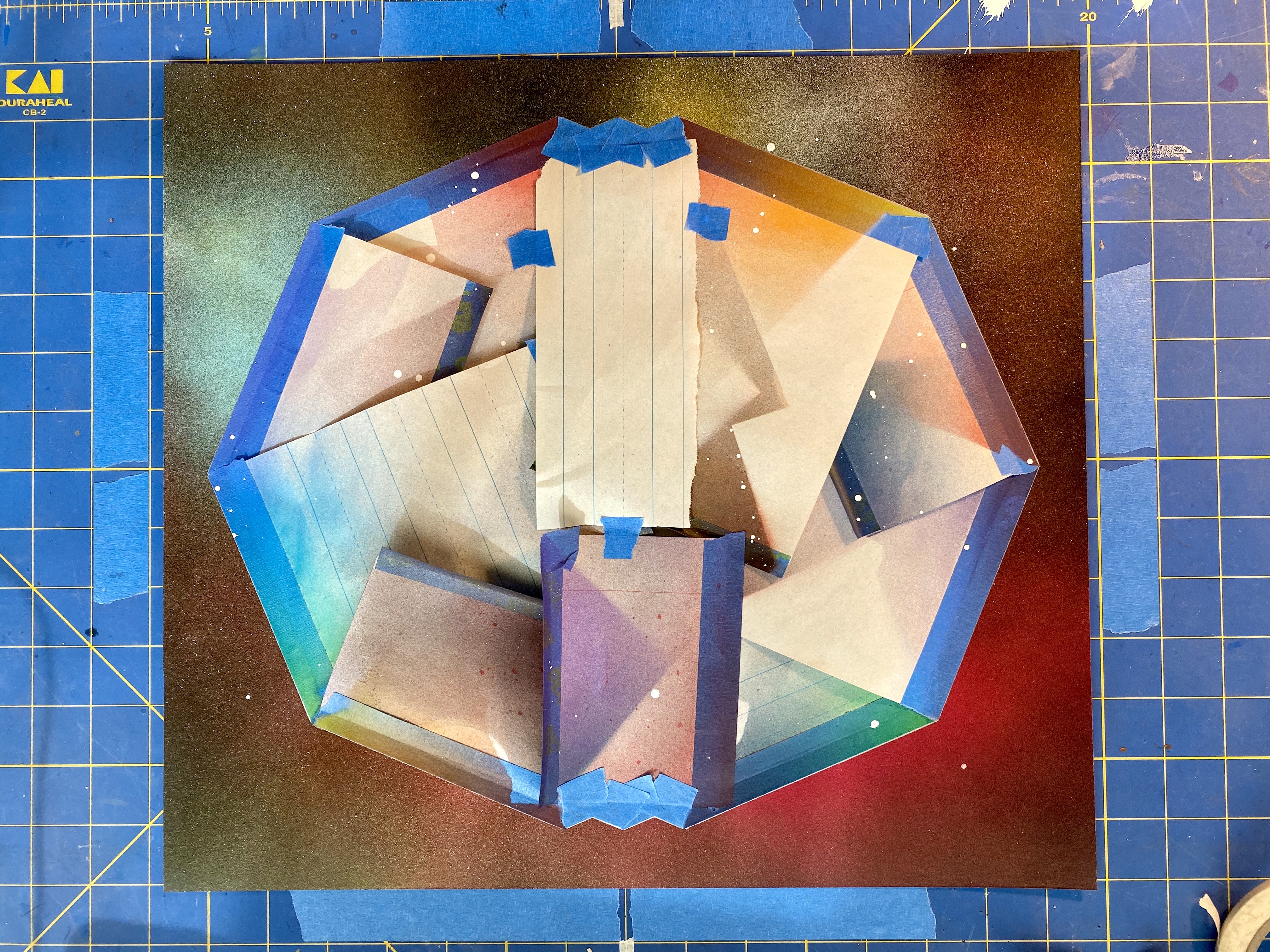 1x: What’s next?
Jose Di Gregorio: Heading to Joshua Tree to work on the KaleidoHouse I painted last year for Pop Life (@poplifeuniverse). In December, working with Hannah Stouffer on a mural project, followed by some private international projects. Then a couple shows in the spring, including a solo show at Teros Gallery in San Diego (@terosgallery). 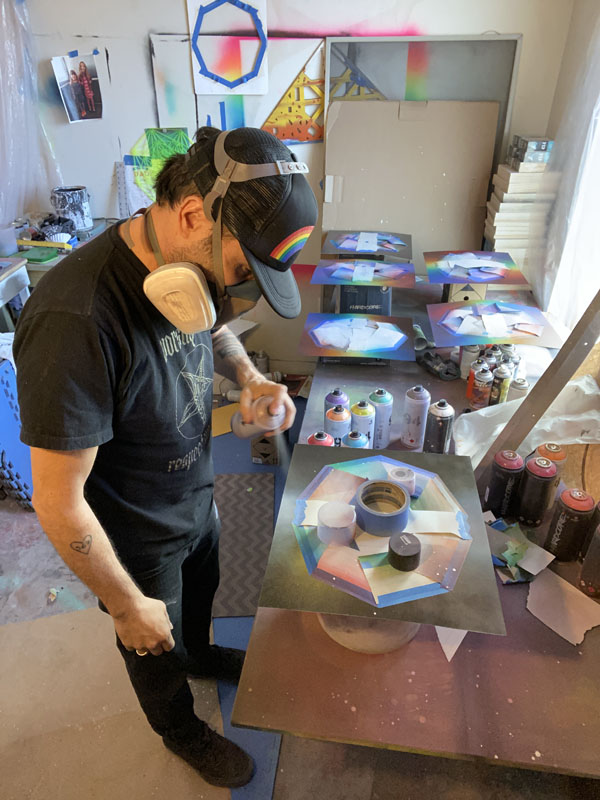