Earlier this month 1xRUN alumni and Co-Lead Director for POW!WOW! Kamea Hadar took the streets of Honolulu to craft a new mural of Native Hawaiian (and current President of the United States) Barack Obama. Wrapping up this piece Hadar discussed the meaning behind being of mixed race in Hawaii the inspiration behind this detailed new mural…

“The concept of Hapa is something beautiful, and President Obama is somebody that not only represents the philosophy of not only being mixed race, but of promoting racial equality.

In the background of this piece there is a speech that Obama delivered in Philadelphia in 2008. In the speech had to do with racial equality, noting that this country is more than the some of it’s parts.  Out of many we are one. They were very inspiring words, and he inspires us all. I am always in support of anyone from Hawaii that is doing well, and goes out an inspires others. He is an icon in that way, as someone who comes from all of these different backgrounds, and in some ways is like a hybrid of culture.

I couldn’t be happier with this piece, midway through my daughter was born, so I took a few days off and then got right back to it. This painting is definitely a part of my life,” Hagar said discussing his latest wall. 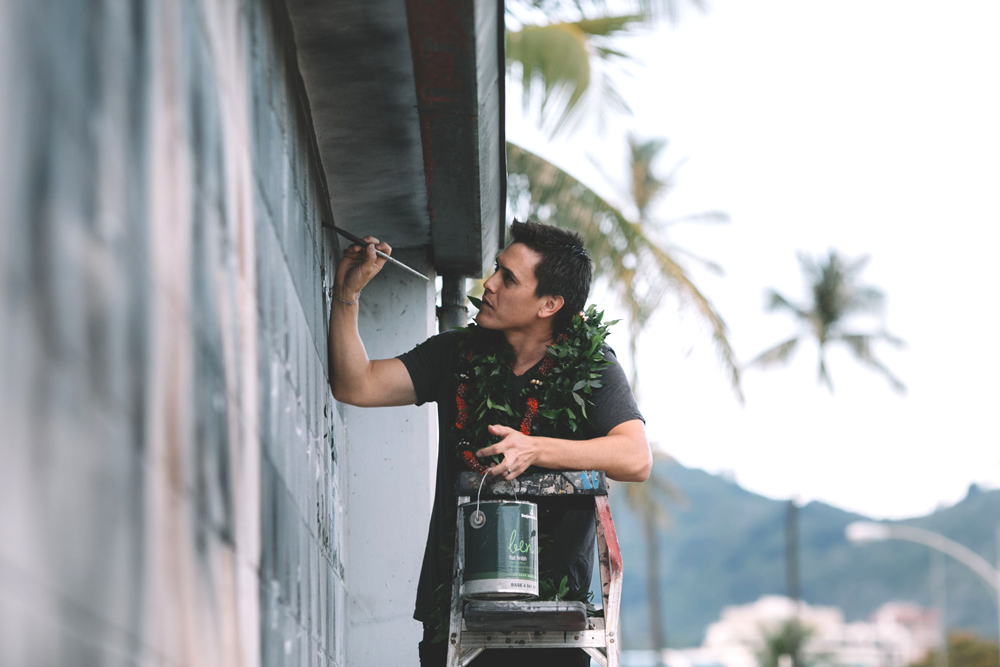 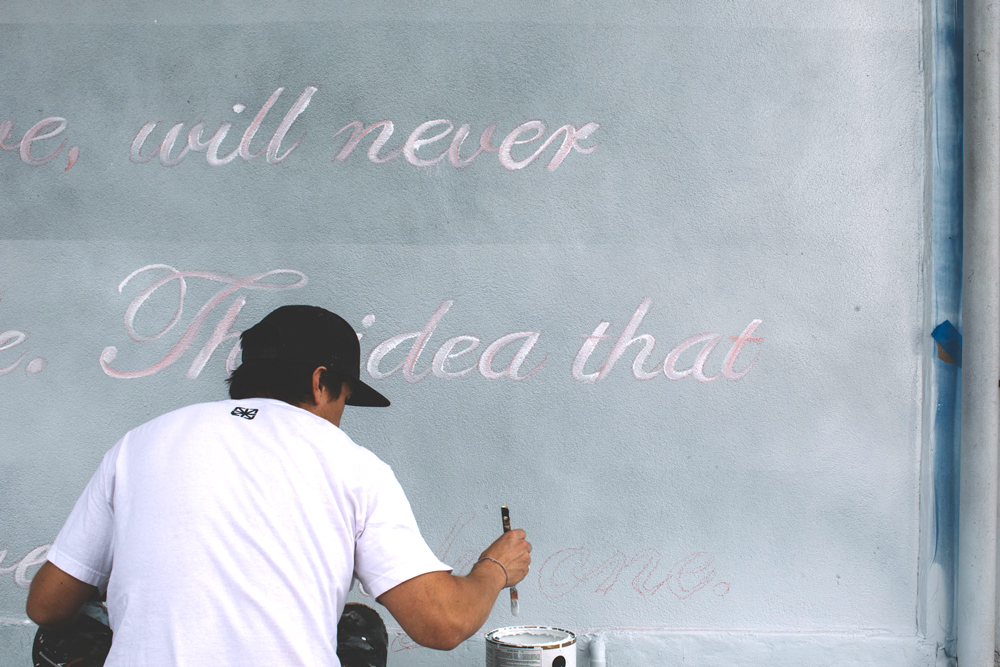 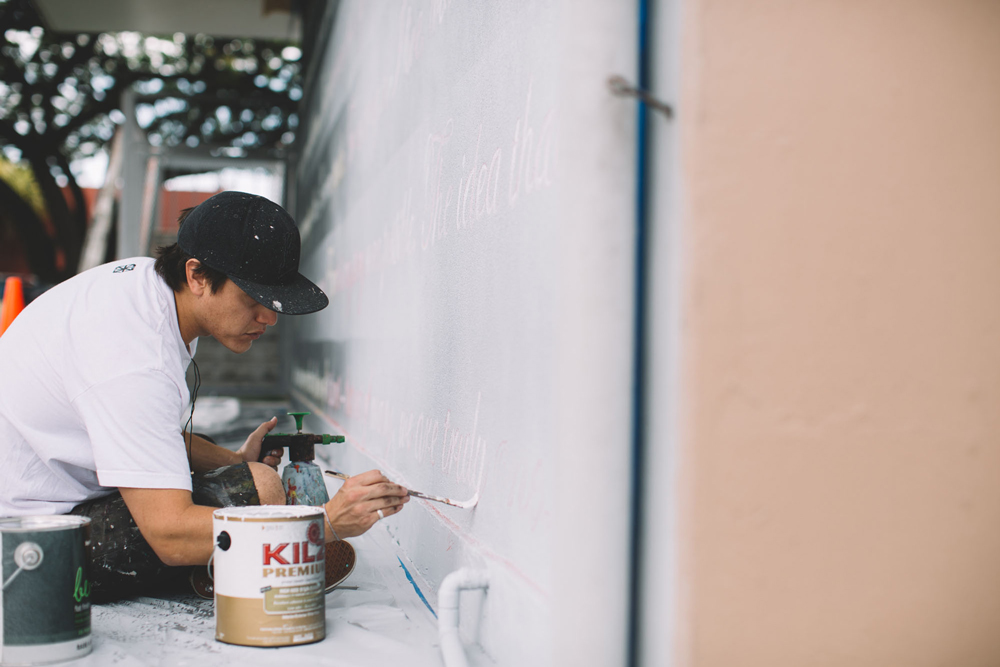 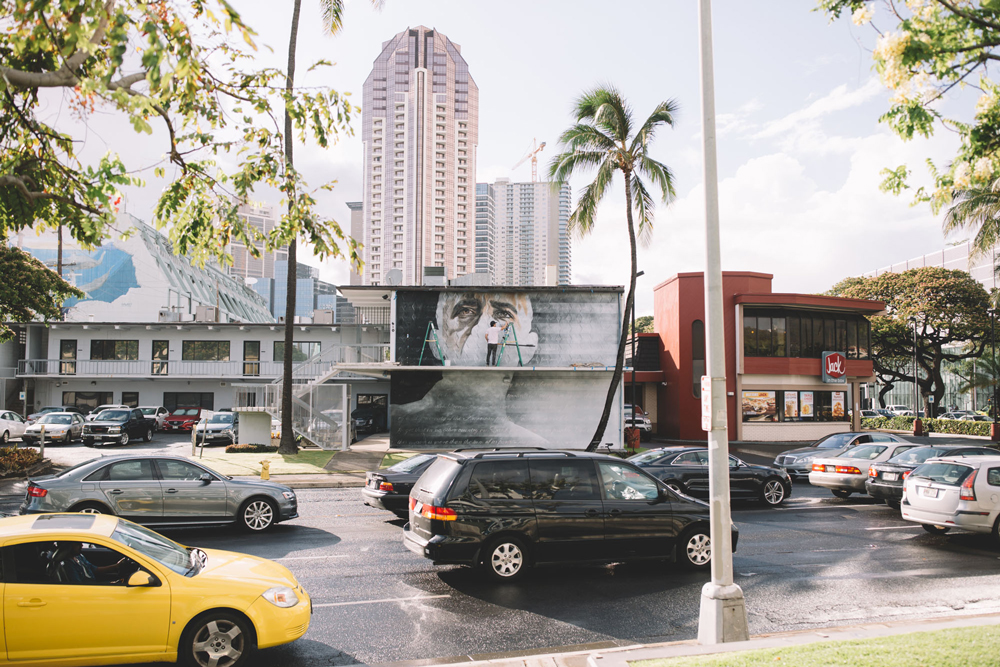 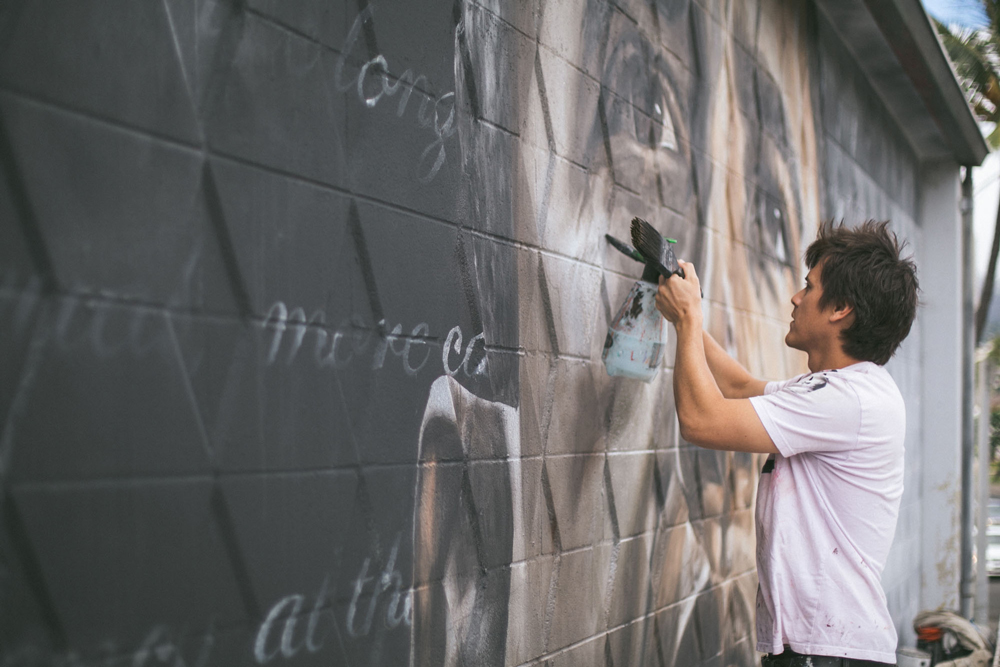 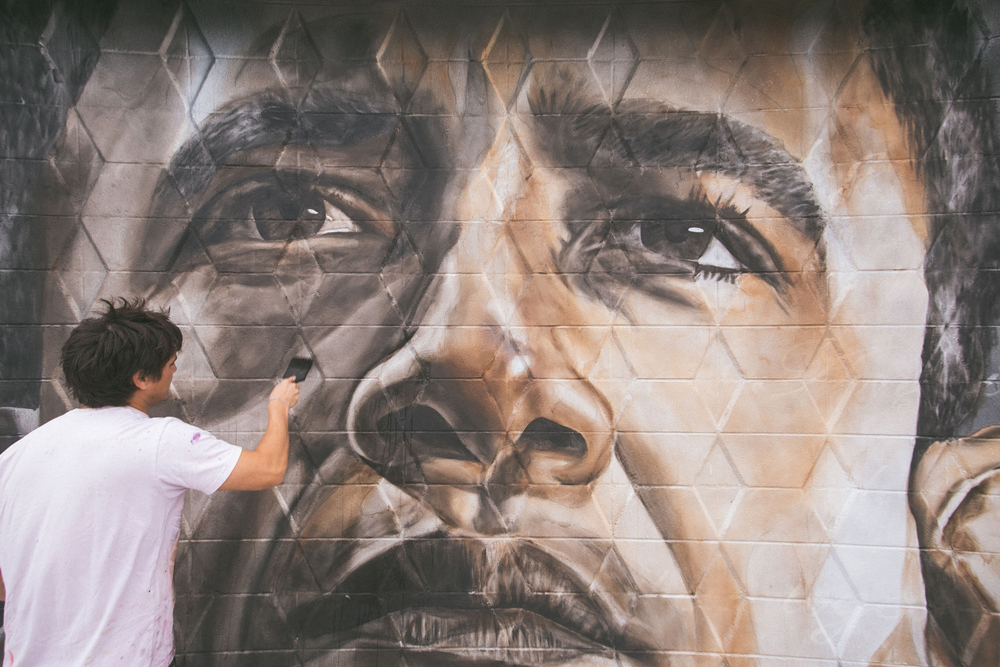 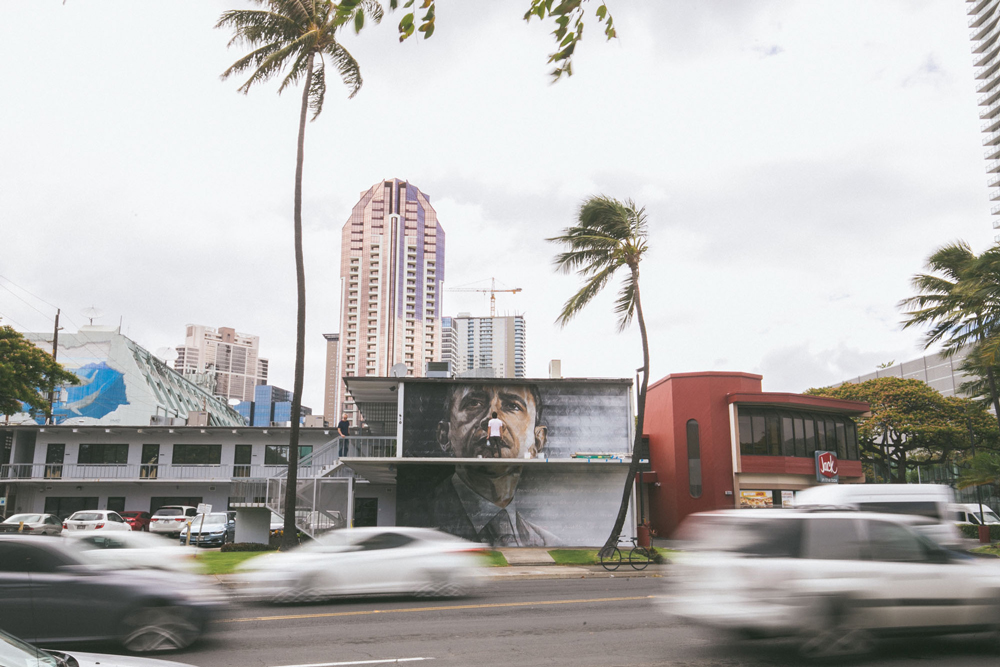 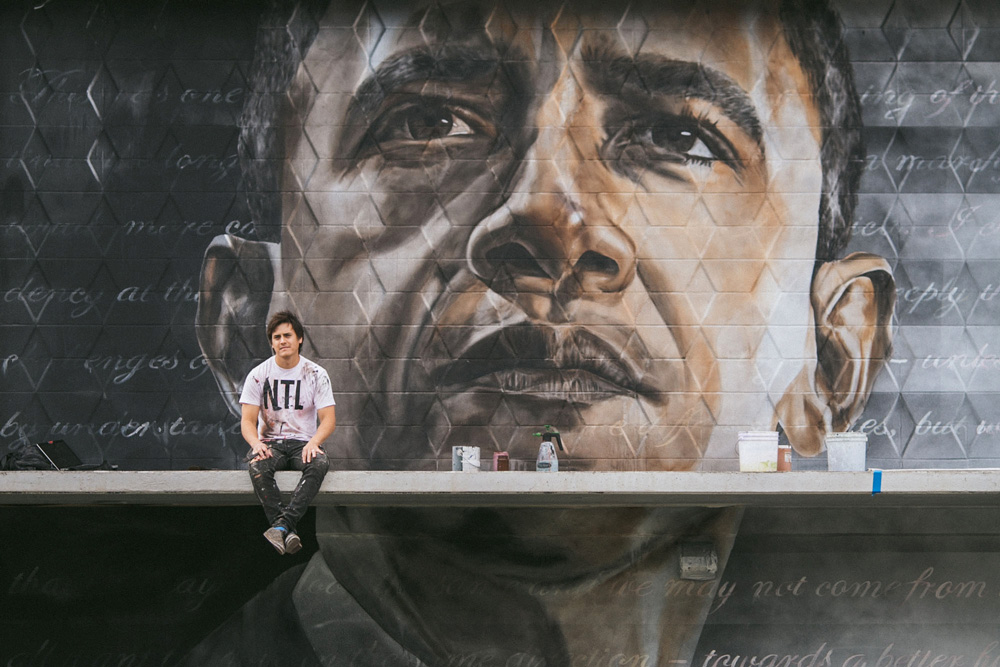 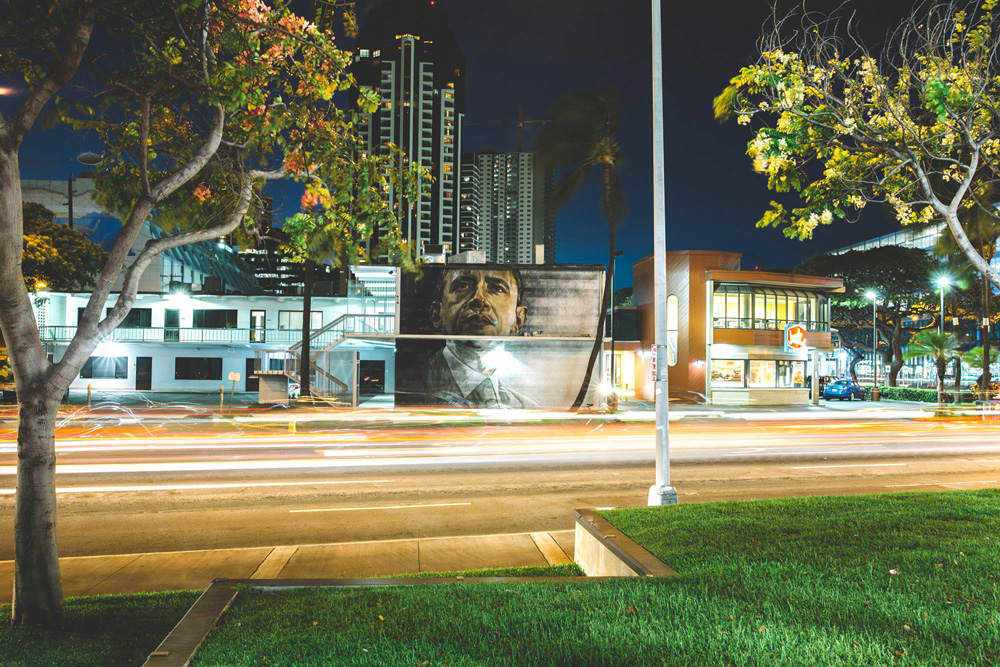