1xRUN is proud to announce the event lineup for Murals In The Market 2017 as the critically acclaimed mural festival returns to Detroit’s Historic Eastern Market for the third consecutive year. In addition to being surrounded by live painting from over 50 local and international muralists, Detroiters and art fans from around the world will have the opportunity to participate in over a dozen cultural events beginning September 6th with six new Detroit Community Market Murals at various community markets throughout the city.

On top of daily mural painting throughout Eastern Market, Murals In The Market will host immersive art exhibitions that will transform the 1xRUN Warehouse at 1550 Winder with lighting and set design from Detroit’s own Haute To Death, and a solo exhibition from Oakland based artist Eddie Colla. In addition, 1xRUN will present several exhibitions featuring original artwork, wearable art and print editions showcasing a variety of new work from participating festival artists available in several mediums. This year things kick into high gear on September 23rd as Murals In the Market teams up once again with Paxahau for the Murals In The Market Official After Party featuring Egyptian Lover, Waajeed, Will Sessions with Amp Fiddler and Erno at the Stroh’s Warehouse in Detroit’s Eastern Market. (Buy Tickets Right HERE!) Throughout the festival music from Lady Monnix, Drummer B and Haute To Death will keep the party going with the signature sounds of Detroit each day. 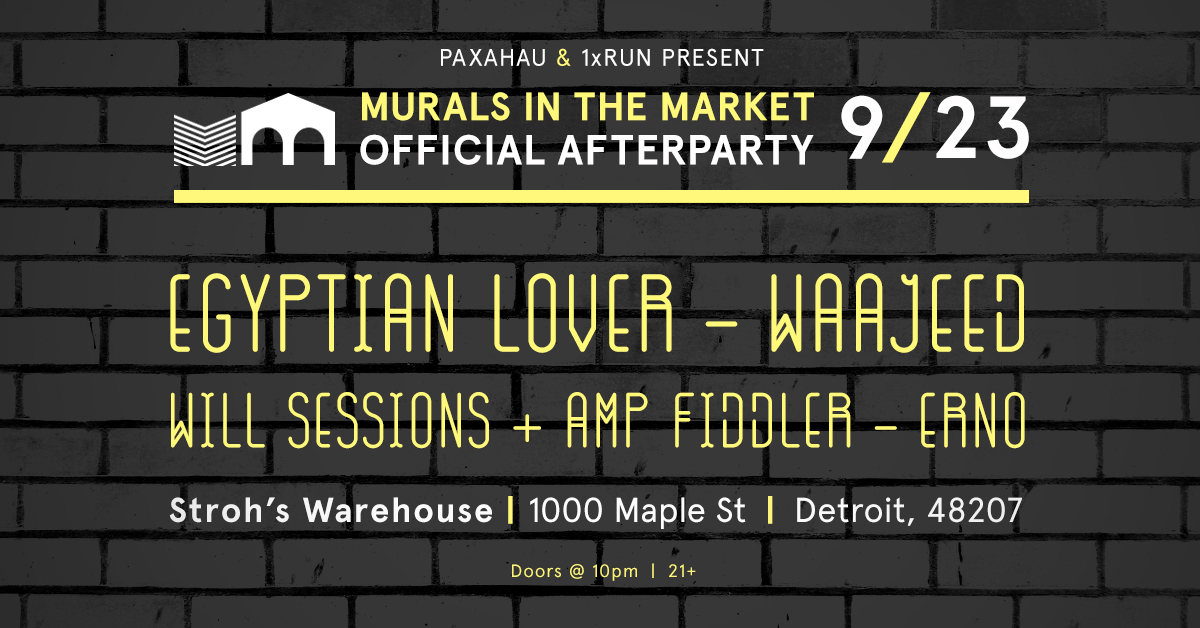 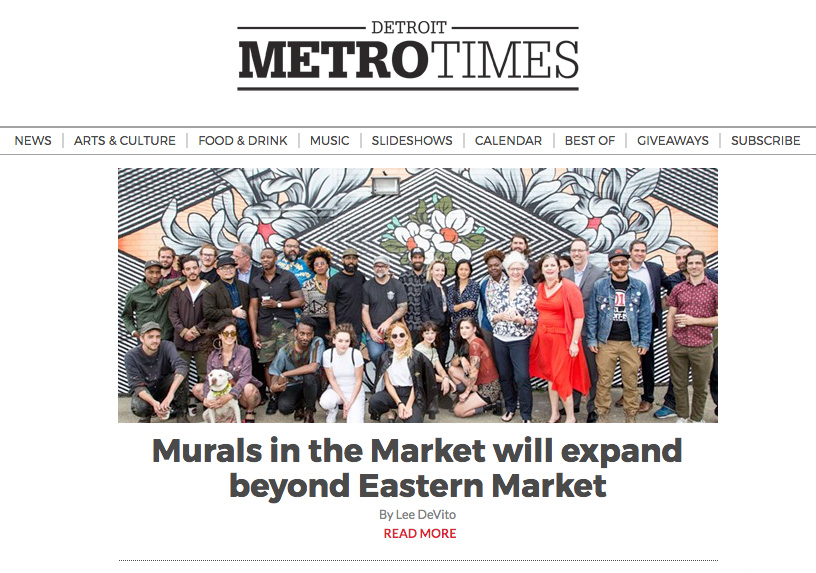 Read More About The Detroit Community Murals At Metro Times

With dozens of murals being added for 2017, and hundreds already created throughout Eastern Market, this year fans can get a helping hand (and some behind the scenes stories!) on Official Walking Tours with the Murals In The Market Team throughout the week. Get the lowdown with Festival Producer Roula David, 1xRUN Co-Founder & Festival Publicist Jesse Cory and Co-Founder of 1xRUN & Festival Art Director Dan Armand, as they will guide festival goers through the market while painting kicks off and give some of the history behind these amazing works. In addition to walking tours, Slow Roll will also return for the third consecutive year, giving fans a chance to bike the city beginning and ending in Eastern Market.

This year Murals In The Market will also join forces with former Detroit Lions linebacker DeAndre Levy and his Our Issue campaign to help raise money and awareness for Enough SAID (Enough Sexual Assault in Detroit), an independent collaboration between Michigan Women’s Foundation, the Wayne County Prosecutor’s Office and the Detroit Crime Commission with the goal to test more than 11,000 forgotten rape kits. Murals In The Market will also host a series of artist talks including “The Commerce Of Murals” which will bring together muralists, designers and creatives to discuss the growing prevalence for large scale commercial murals including artists Meggs and Ellen Rutt, as well as Festival Producer & 1xRUN COO Roula David  and WeWork Director of Art & Graphics Jeremiah Britton. Joining with local farmers, Miya Tsukazaki of the duo’s Temple Children will discuss food education as a tool for community growth and revitalization in her artist talk “Think Global, Eat Local.” 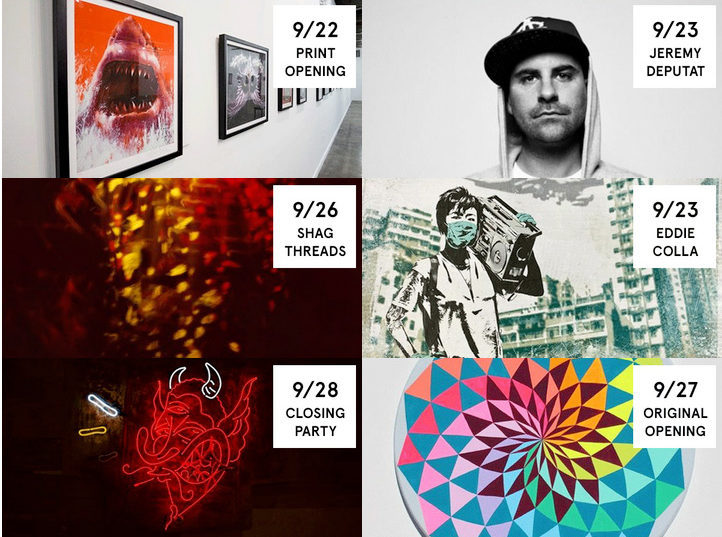 View The Full 2017 Murals In The Market Event Lineup Here!

A pillar of Detroit’s east side, Eastern Market will be bustling throughout the 10-day festival with their Tuesday, Saturday and Sunday Markets. Showcasing not only food from Detroit’s best local farms, these specialty markets feature locally made art and jewelry, specialty products, live music, children’s workshops, prepared-food vendors and much more.

2017 Murals In The Market Participating Artists Include: