1xRUN and MTV have teamed up with trendsetting artist & Washington D.C. native Naturel to remind us that Unity is what America stands for during this uncertain transition of power on Inauguration Day. Over the past 3 days, Naturel has been painting a mural in Brooklyn of 5 hands showing peace signs. This mural was filmed as part of MTV’s Inauguration Day programming, the mural along with a limited edition set of 5 screen prints will be released on January 20th at Noon EST on 1xRUN.com and the film will air across MTV’s daily programming throughout the day. 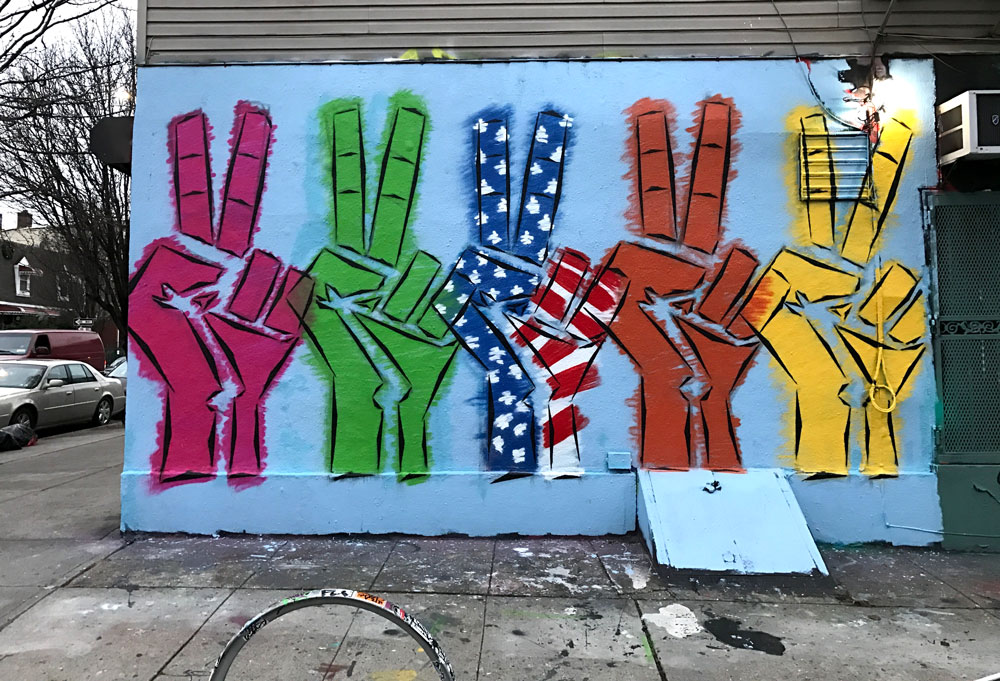 “With so much tension and concern in the air after the election, it’s important to remember that we’re all human. Although our personal interests and concerns tent to divide us at times, it’s our diversity as people that makes all of us American.

If there’s one thing that I’ve learned over the last few months it’s that however you choose to exercise your views or concerns, use your platform as a citizen peacefully and with a sense of love and compassion for one another as humans.

We live and work with each other, we send our children to the same schools. Although the great big social divide is a major concern in our country, take the time to remember all that we have in common as humans and exchange with one another with respect and civility.” – Nature