1xRUN is thrilled to announce its next release with Los Angeles artist Kristen Liu-Wong! On Tuesday, October 22, Liu-Wong drops “Water Falling”, a beautiful 4-color hand-pulled screen print edition available in two color ways. Staying busy between shows with Jillian Evelyn and Luke Pelletier at Corey Helford Gallery, the artist took a moment to chat with 1xRUN about her new release.

1xRUN: Can you tell us a little bit about the piece and what’s happening in this scene? Is there anything immediate you would like us to highlight about this image?
Kristen Liu-Wong: I had just finished making all of the work for my most recent show and this was the first thing I started after all of that was over. I felt pretty exhausted, (mentally, physically and emotionally) and I wanted to capture an intimate moment that would reflect both my exhaustion while simultaneously serving as a symbol of rebirth and renewal- a tired woman, back bowed, washing her hair, finally at ease as the rain falls outside, gently echoing the water falling over her hair. I used Goyo Hashiguchi’s incredible piece “Woman Washing Her Hair” as inspiration for this image and I decided to expand the environment so that it would serve as a kind of intimate sanctuary away from the darkness outside. 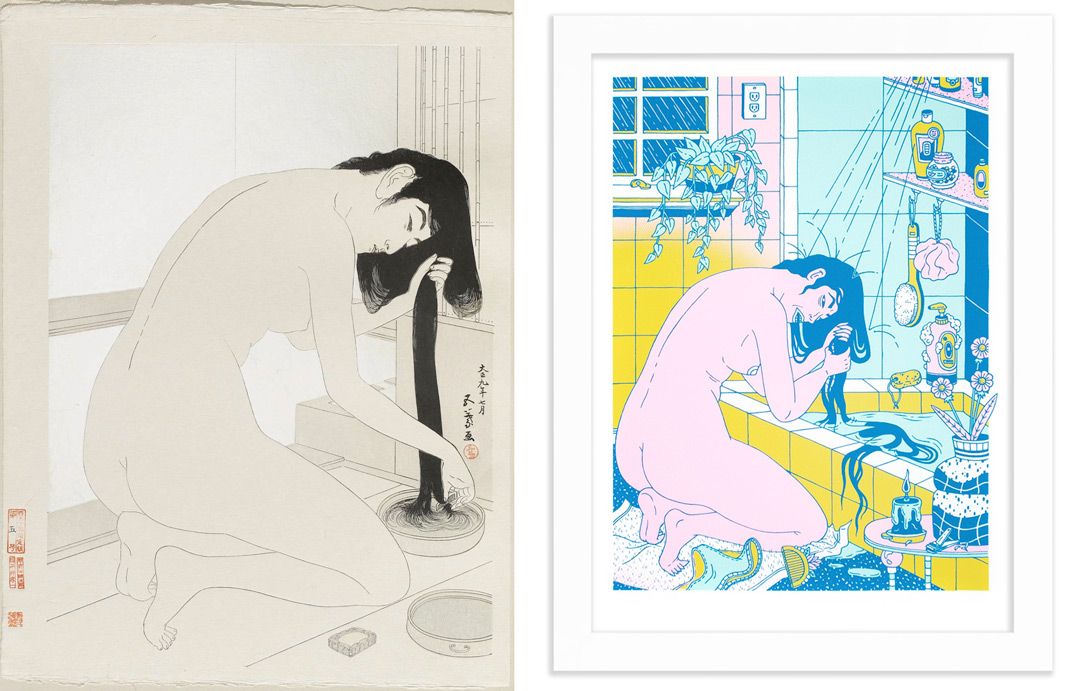 1x: There are themes of privacy and vulnerability throughout your body of work. What interests you about these private and personal moments?
KLW: People are their truest selves when they’re alone.

1x: Was this image part of a larger theme or series that you’re working in your work? If so, how does “Water Falling” fit?
KLW:  No, this piece was special just for you :)))

1x: “Water Falling”, like your past releases with 1xRUN, is available as a standard edition and a color variant edition. What is your process for choosing the different colorways, and how do you think each affects the artwork?
KLW:  The standard edition has a palette that’s more traditional to a palette I typically use- I love the way blue lines look because they always remind me of architectural blueprints. When picking the colors for the variant edition I stumbled across it by accident; I was fiddling around with the color overlay for the line layer while I was preparing the files for print and I liked how a green line looked. I’ve never used a green line before and I wanted to try something different! I then decided to pair it with a warmer pink than I used for the standard edition to push the palette even further from the cool tones of the first.

1x: What materials were used to create the original piece?
KLW: I drew the original using micron on bristol paper.

1x: When was it originally drawn/created?
KLW:  The last week of September, 2019.

1x: Can you tell us about your show with Jillian Evelyn at Corey Helford Gallery? How has it been working with Jillian, and how do you think your works and hers compliment one another?
KLW: Our show is called “Not A Flower Alone” and we used floriography (the language of flowers) to explore and express our humanity. Our work compliments each other’s because they’re different ways of expressing a similar impulse. I believe it also helped our show since we’re actually friends in real life too- working with her felt very natural and because we already know each other’s work I think we were able to really to have a show that felt more like a conversation, as opposed to two separate shows in the same room. 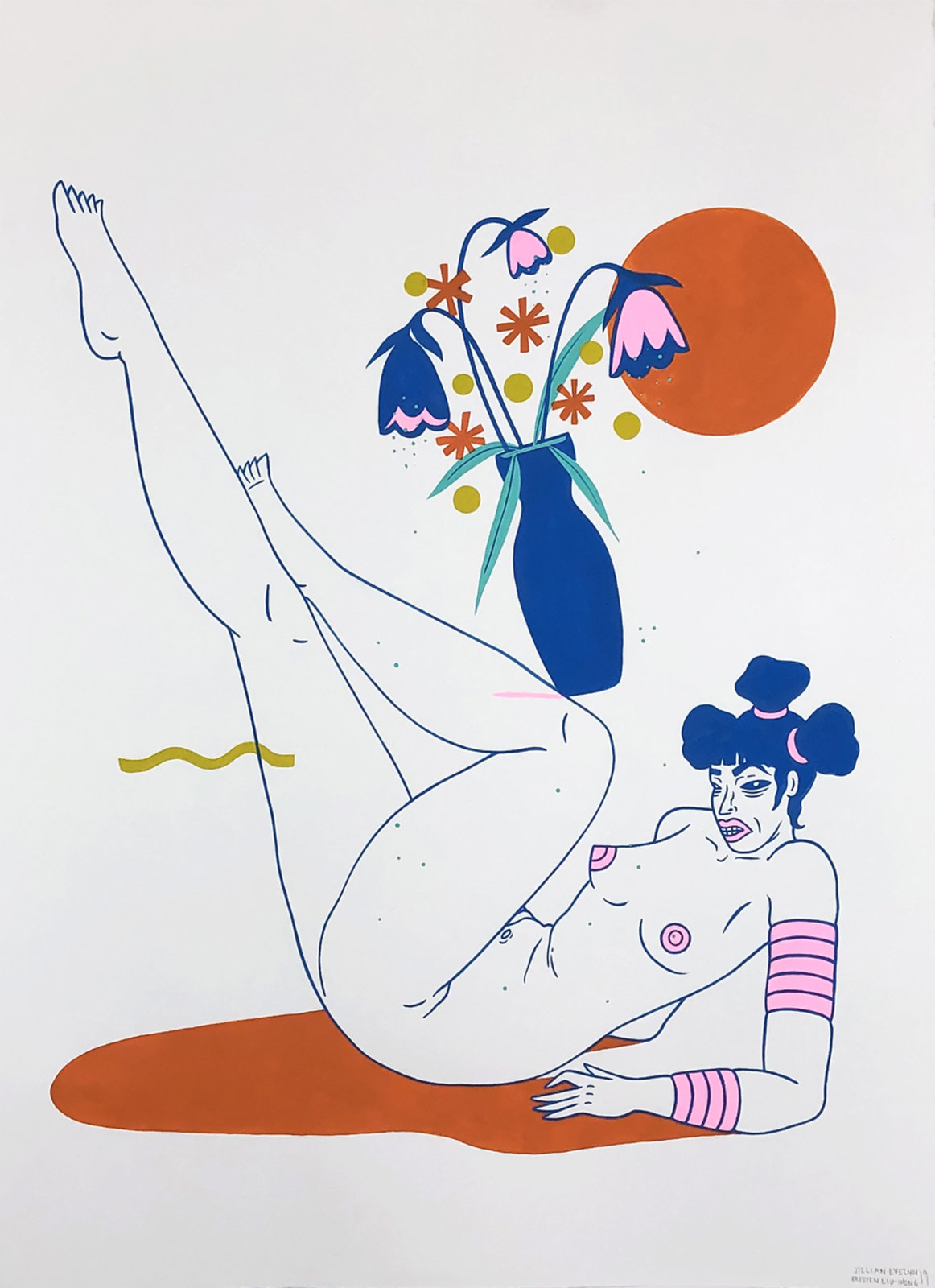 1x: What’s next?
KLW: I’ve got a lot coming up! As far as shows go, I’m going to be in the group show “Art Collector Starter Kit” with Corey Helford Gallery in December. I’m planning something special for New Image Art’s project room for summer 2020 and then in November of 2020 I’ll be having a fully collaborative show with Luke Pelletier at Superchief NY :))) There are a few more shows and a ton of projects I can’t get into right now but I definitely have some fun plans ahead of me!