Our friends at POW! WOW! recently teamed up with the Museum of Art and History in Lancaster, California to produce a week of murals and an amazing group show at the museum curated by Thinkspace Gallery under the name POW! WOW! Antelope Valley. Featured local artists included: Julius Eastman, Kris Holladay and Michael Jones, in addition to street artists: Amandalynn, Andrew Schoultz, Bumblebeelovesyou, David Flores, Mando Marie, Mark Dean Veca, Meggs and Yoskay Yamamoto. For a little over a week artists took to the streets of Lancaster, a town which is technically in Los Angeles county but a bit out in the Mojave Desert. Temperatures exceeded 100 degrees at times but that didn’t stop the muralists from doing their thing. Three of the artists who were painting murals also worked on pieces indoors for the museum, this allowed them to spend the worst hours of the days out of the sun. Artists from nearby represented themselves quite well with beloved local high school art teacher Kris Holladay calling on many students, past and present, to help collaborate on the mural. In addition to the murals were two indoor shows called, “The New Vanguard” a group show featuring the works of over 40 New Contemporary artists as well as a solo show by Scott Listfield, both curated by our friends at Thinkspace Gallery.  Our man @halopigg was there for the festival’s entirety, check out his pictures of the finished works below. 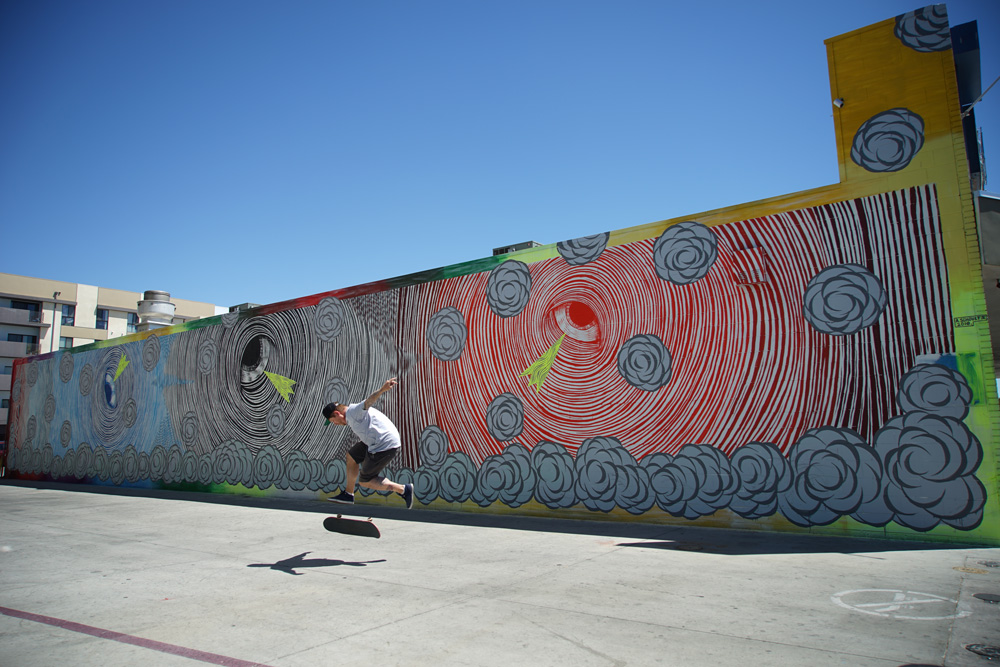 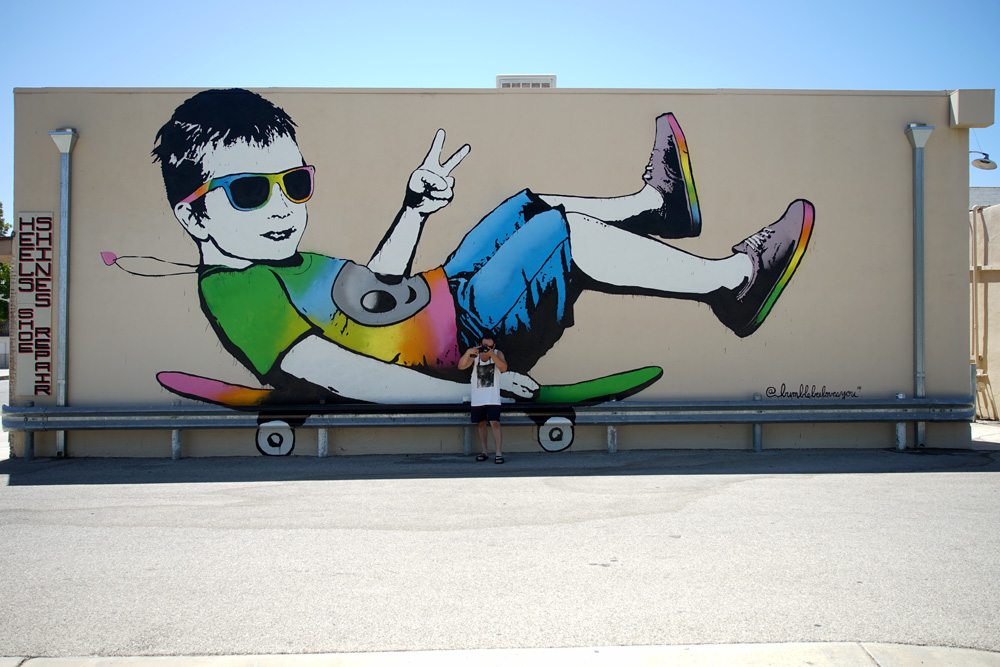 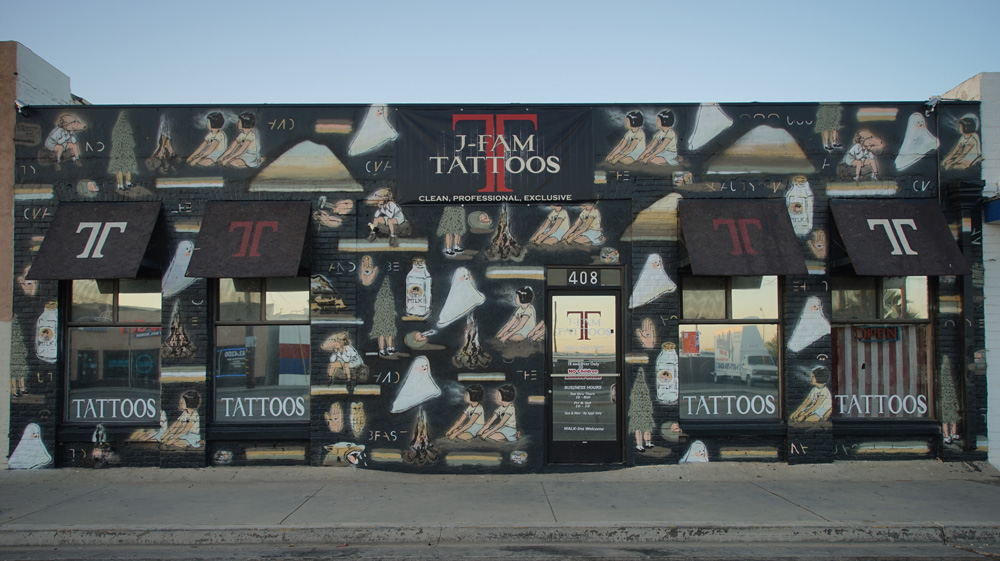 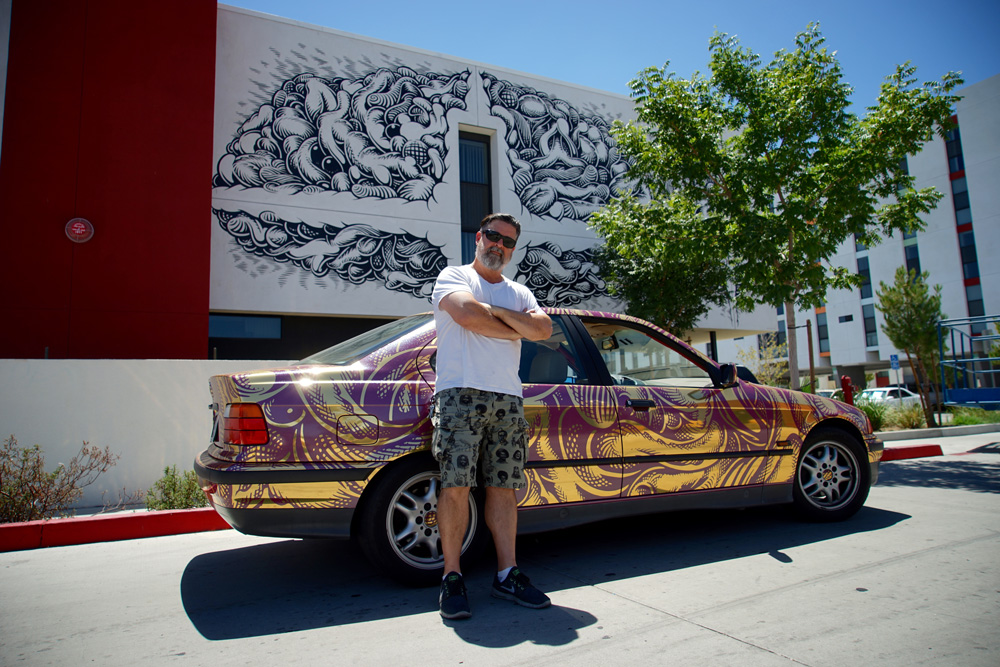 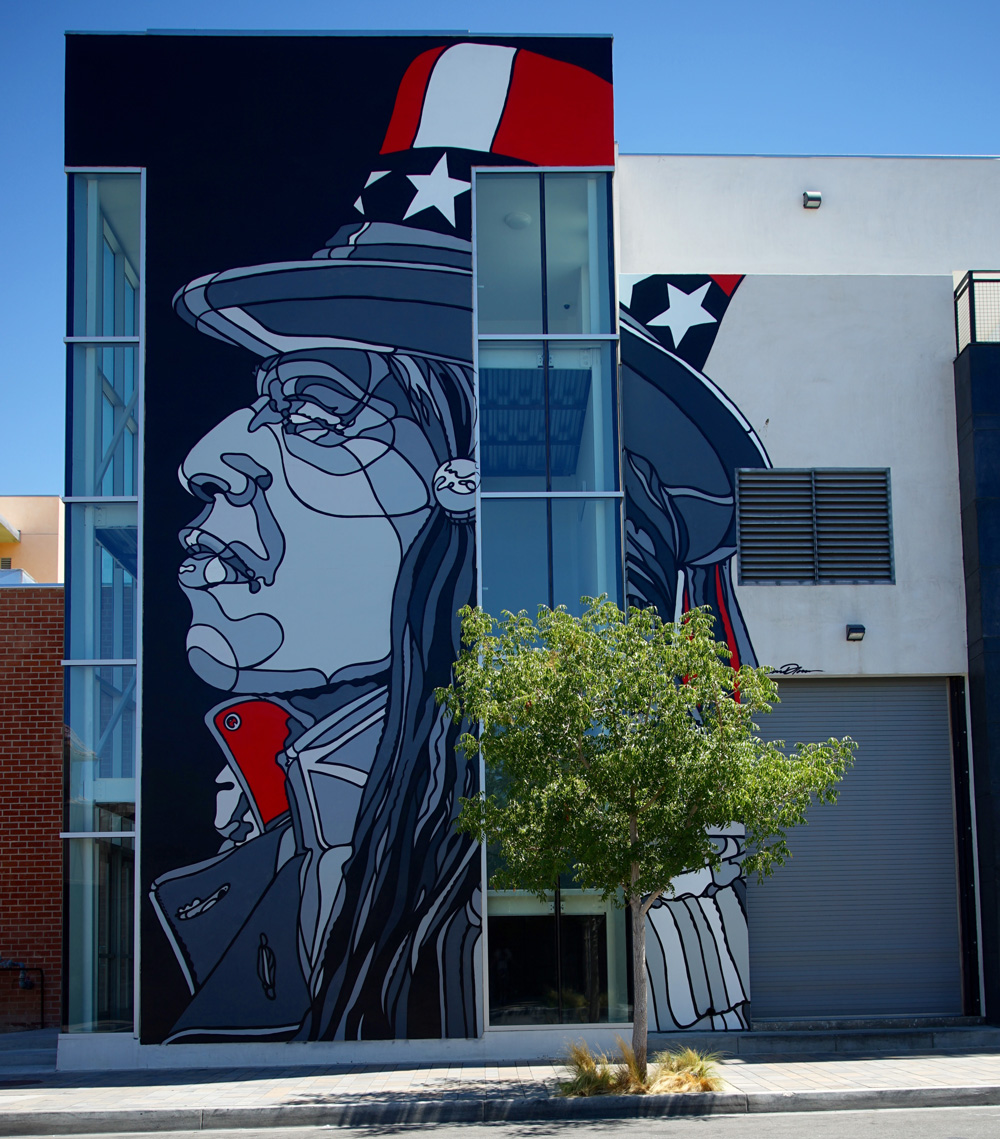 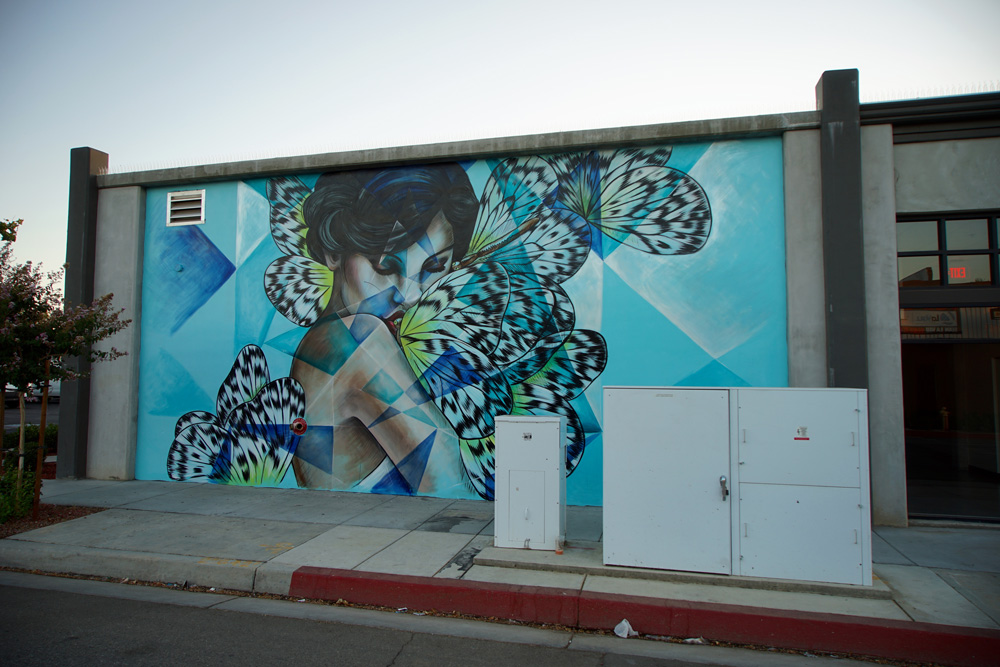 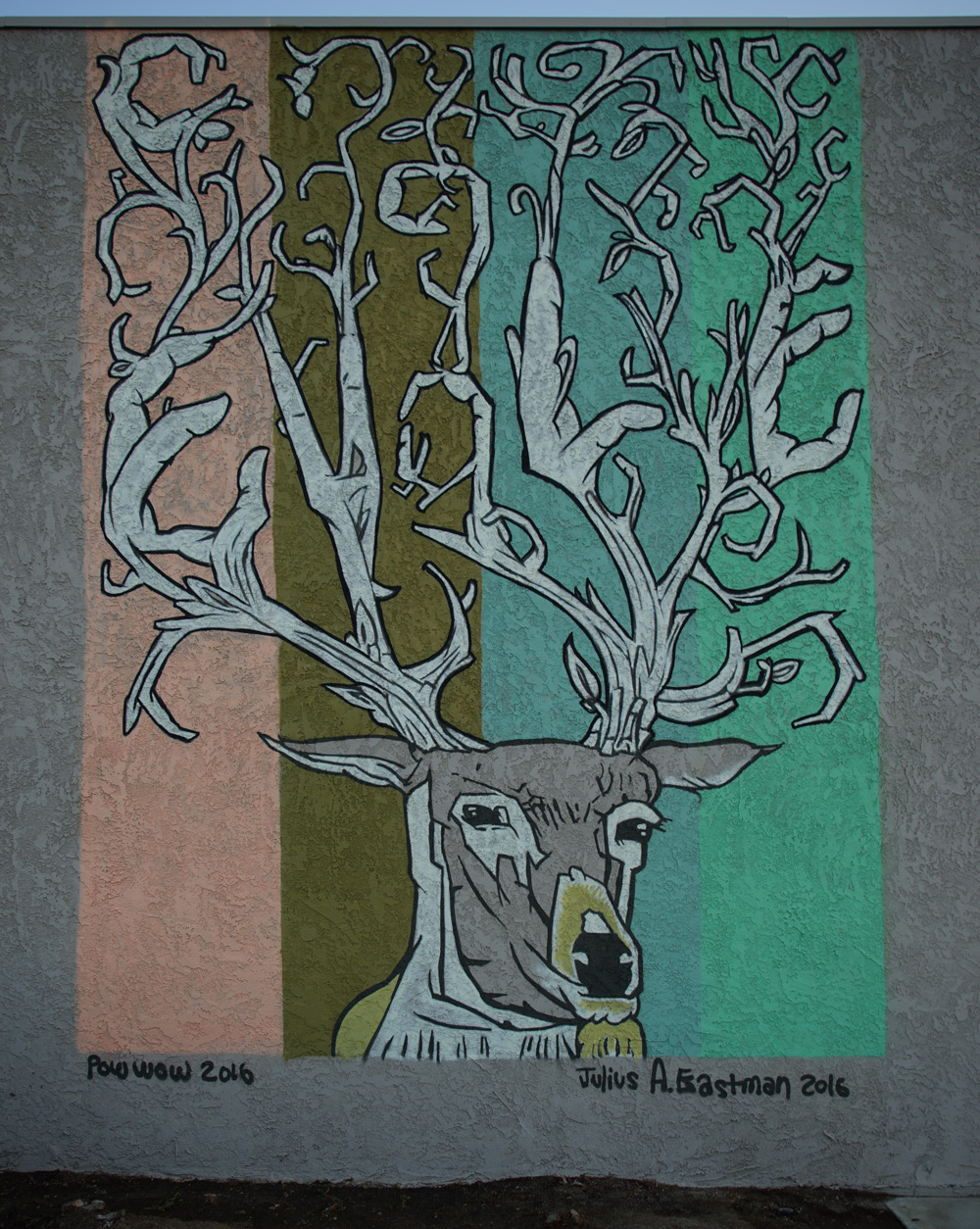 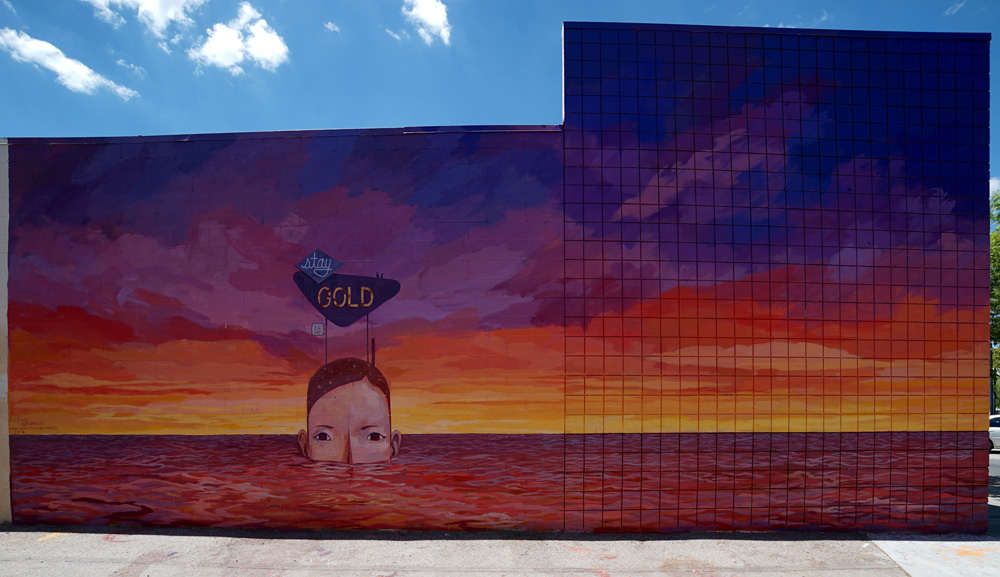 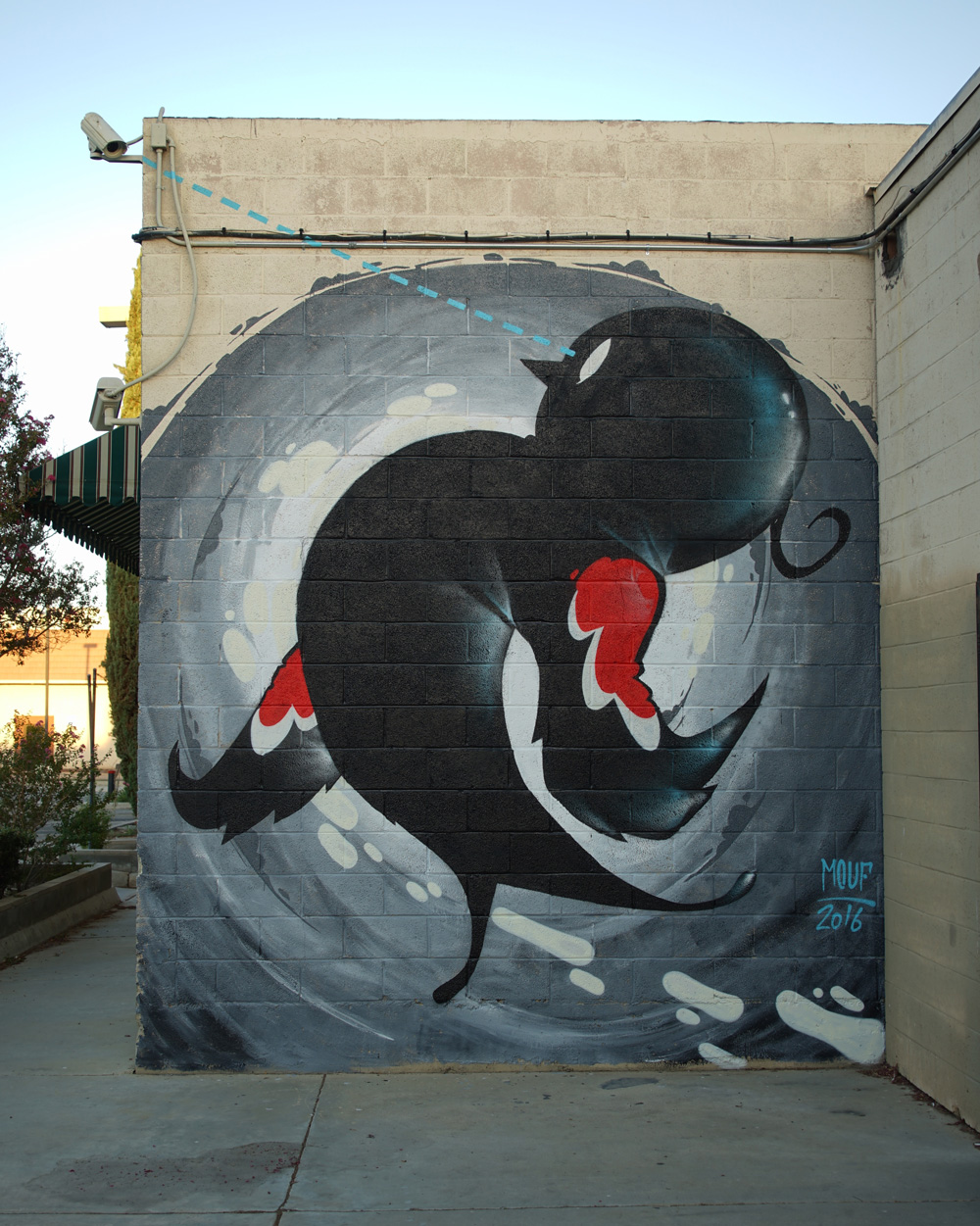 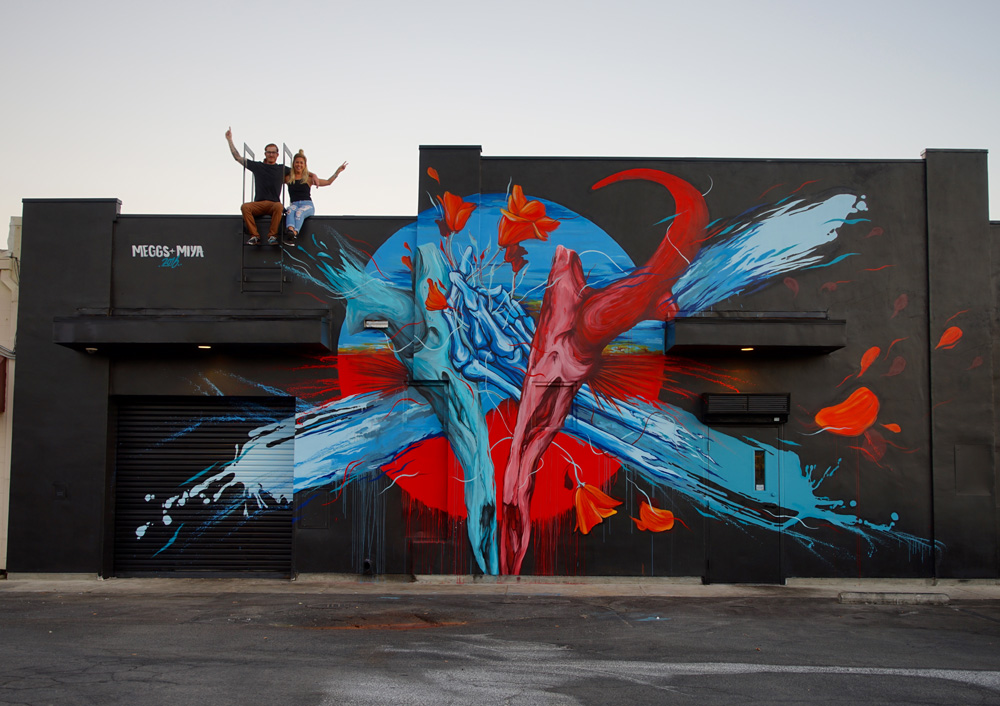 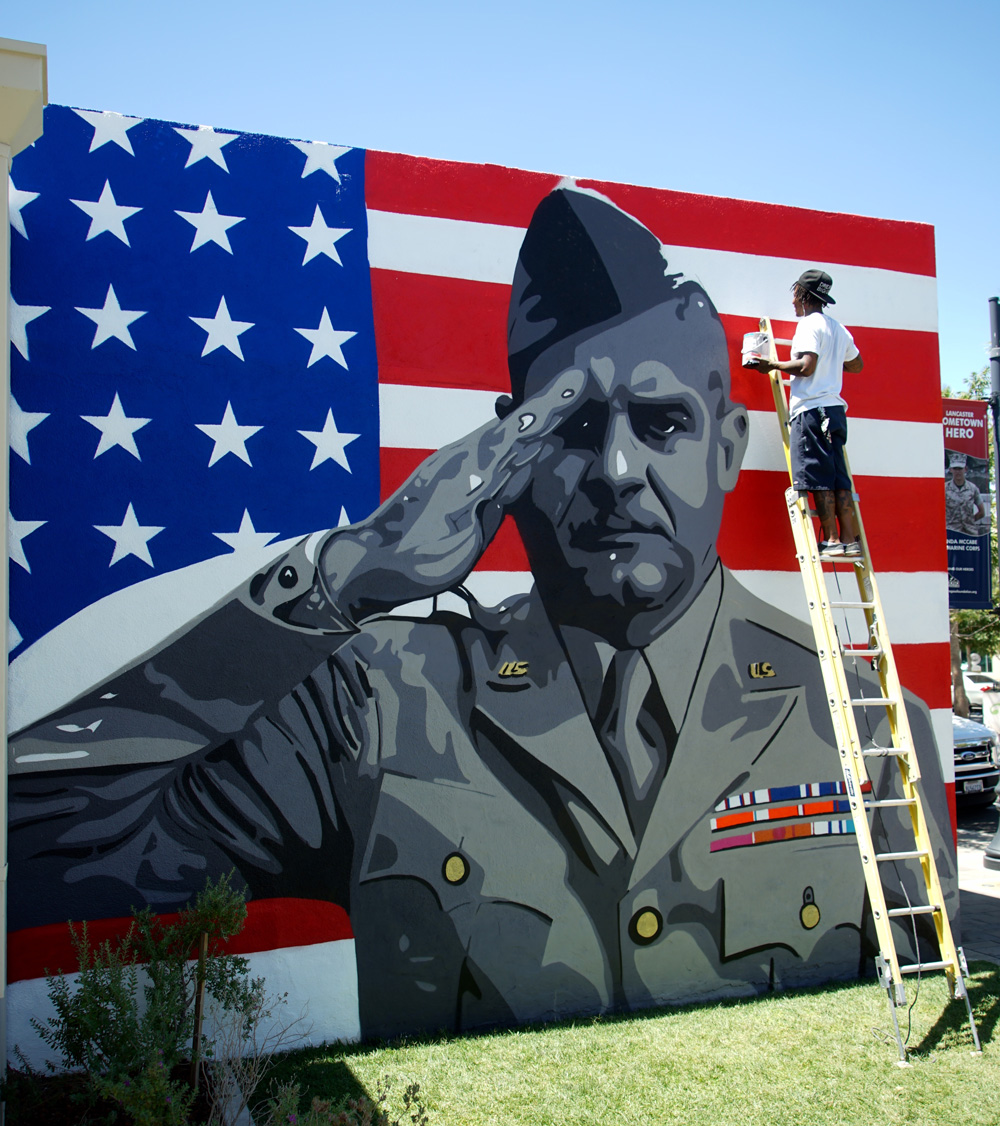 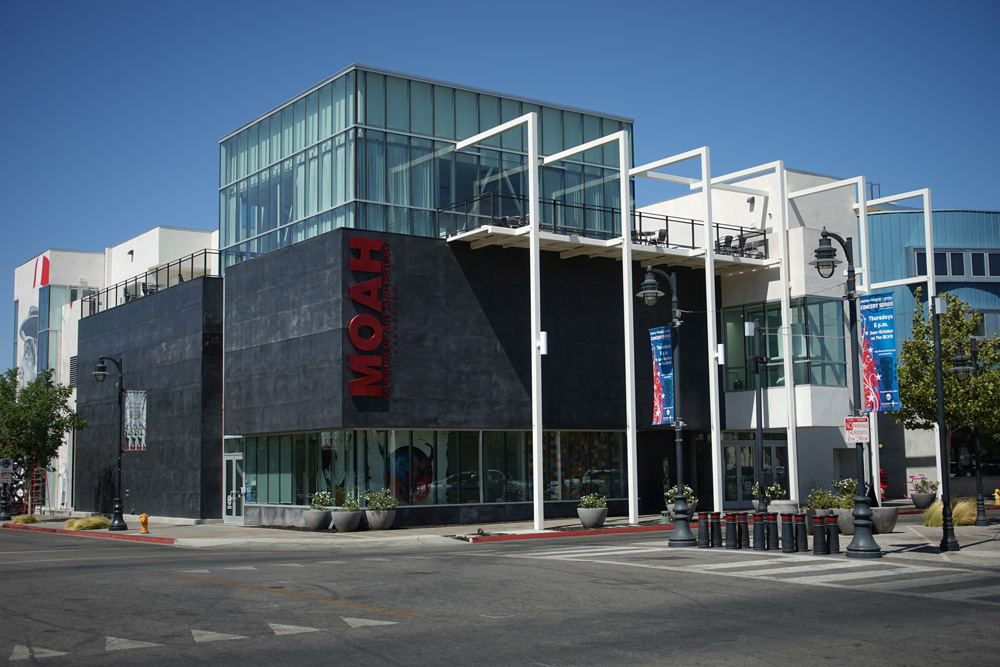 The Museum of Art and History in Lancaster, California. 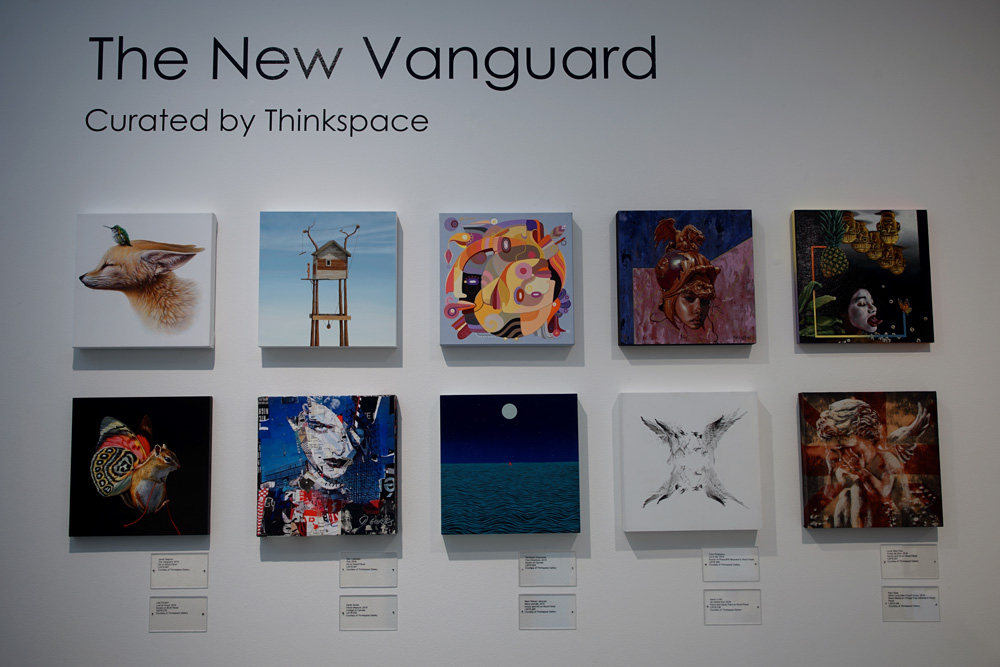 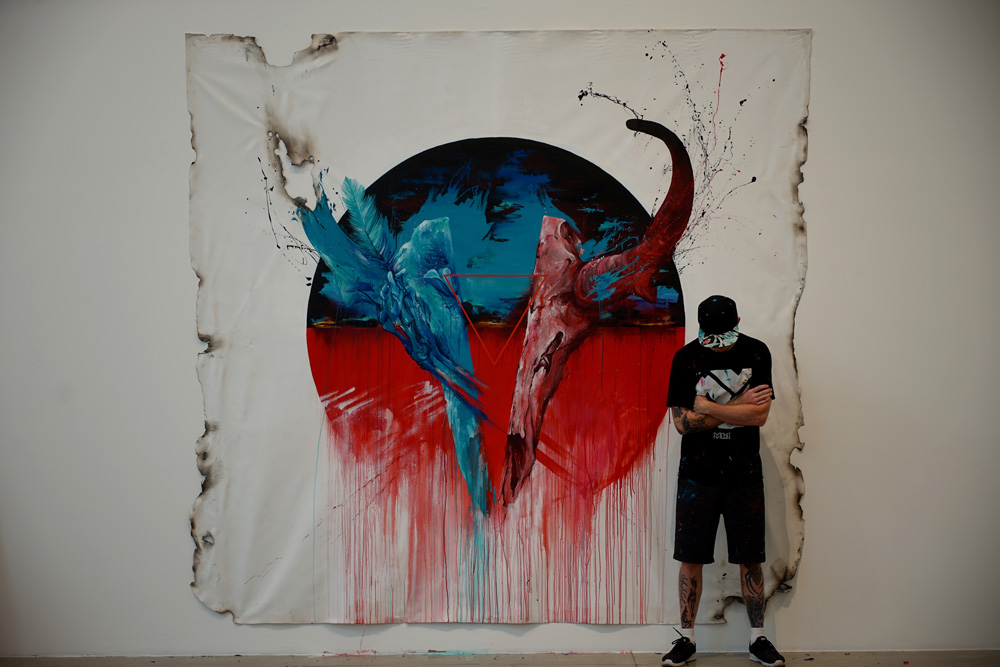