Legendary photographer and activist Leni Sinclair amassed a remarkable archive of roughly 100,000 photographs that reads as an indispensable history of the often-turbulent times in which she has lived. She is most widely known as a chronicler of the 1960s and ’70s counterculture, capturing the combustible, yet poetic chaos at the intersection of music, politics, race and youth that defined the era. For her debut RUN Leni Sinclair has dug into her expansive archives for this iconic photo of none other than Prince, captured at Detroit’s Cobo Hall in 1980. Grab your copy of this iconic image as a fine art paper edition and aluminum edition here and read on to get the full story behind this historic photo and more… 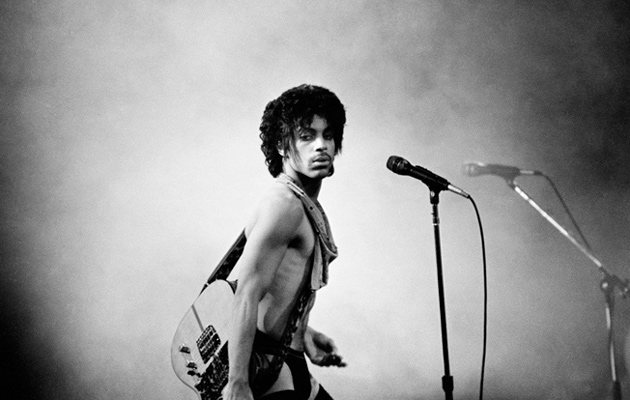 1x: Tell me a little bit about the photo, anything immediate you would highlight?
Lena Sinclair: It was actually a bit of coincidence that I saw Prince at his first concert in Detroit. My daughter was 12 years old and she was a big big Prince fan. So I agreed to take her to the concert and buy the tickets and be the chaperone. It was a magnificent concert. I wasn’t that deep into Prince like my daughter was, but that concert was incredible. I was just fortunate that I had my camera and we must have had some good seats, or maybe I brought my telephoto lens, but either way I got some beautiful pictures.

What impressed me about the band was the guitar playing. Prince was playing with The Revolution, and Dez Dickerson and Prince were playing off each other. They were churning out some guitar duos like I would remember from the MC5’s Wayne Kramer and Fred Smith would get into these dueling solos on the guitar, it was just mind-blowing, it would just take your breath away.  That was phenomenal to me. He was a rock musician right from the start. I could tell. We always wondered if he had seen the MC5 on video tape, because some of his moves, and the way he dressed looked like he could have been influenced by the MC5. Back then it wasn’t every rock band who wore satin outfits and ruffles, I remember that was the MC5. Every concert they played they had different outfits, that was part of it. They modeled themselves after James Brown, in terms of giving people a spectacle to look at as well as to listen to. Prince he definitely took that attitude, I don’t know where he got it form, but he was definitely influenced by rock and roll people like Jimi Hendrix.

1x: What camera and film did you use?
Sinclair: It was probably my Pentax Spotmatic. I had that camera for around 20 years. It was black and white film, no flash of course.

1x: How did you develop this picture? Was there anything memorable about developing the roll of film that you shot from that show?
Sinclair: Yes, I still do that. It wasn’t as memorable for me, as much as it was memorable for my daughter. The first picture that I printed up from those negatives I am sure I gave to her. Her nickname in high school was Princess. Everybody in the school knew she was Prince’s number one fan. Some people still call her Princess to this day. You know she shed a tear when she heard about Prince’s passing, and I have to say so did I. It was just so sudden. Somebody so young. Half the musicians I have ever photographed have gone to heaven before me. I think about that every day. May he rest in piece. Prince of peace. I think I saw Prince once or twice after that. We went to every concert that Prince played in Detroit. 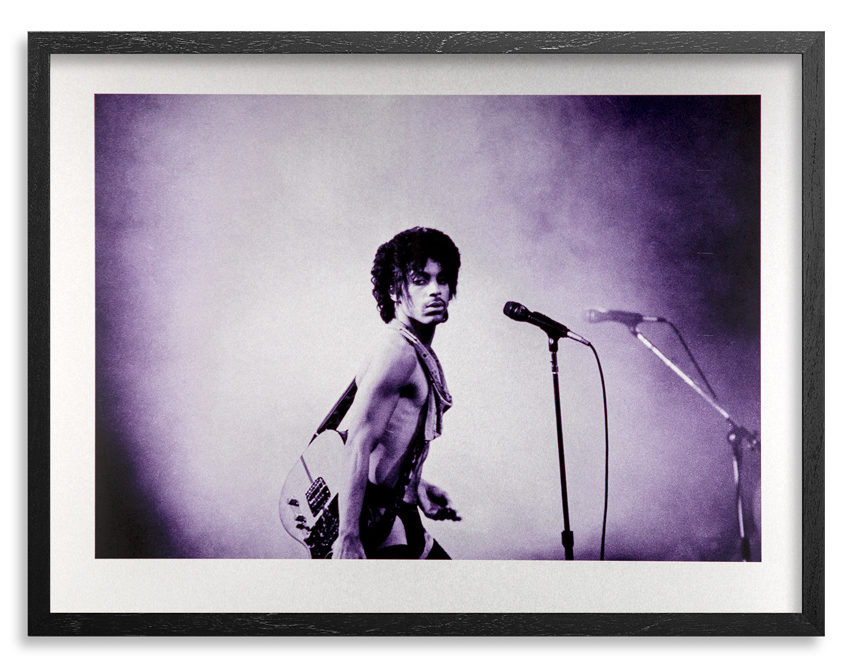 1x: Where was this?
Sinclair: It was at Cobo Hall in 1980. That was the tour where he had this bed and he was pretending to have sex way up above the stage. I got pictures of him up there too. Some of the things he did were just a little too freaky, for my taste. Every generation pushes the envelope a little further. Listen to the radio these days. I can’t say anything about anything, because our band was MC5! Kick out the jams, brothers and sisters. We kind of started it all.

1x:  How many photos did you take on that night?
Sinclair: I just shot one roll. There are some other nice ones too, but the ones I have printed up so far are the nicest. The close up of him with his bikini showing, that is actually a cropped image of the whole picture, the image was horizontal. People liked the way it looks like a poster. 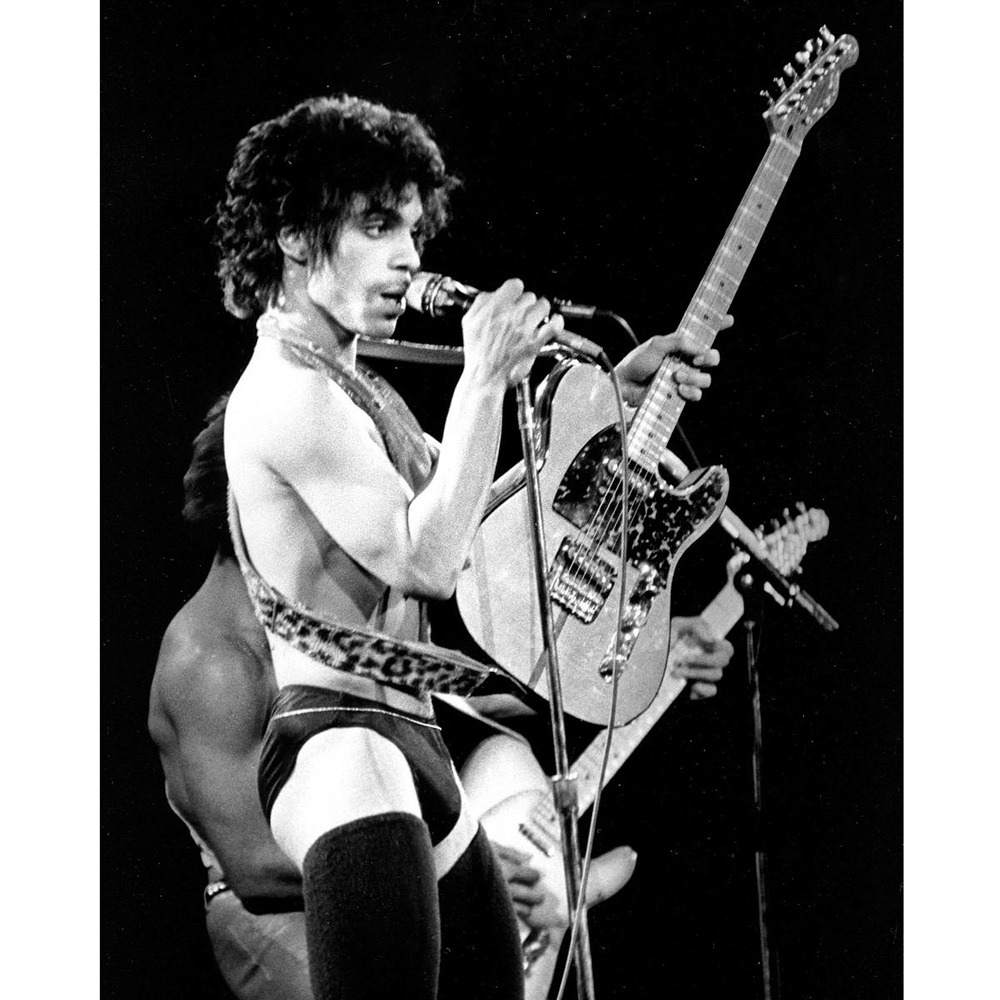 1x: What is unique about this photo compared to your other photos?
Sinclair: The only thing that is unique was that they had these smoke machines. That gave it such a halo around him. That was pretty unusual, but that made for such a nice composition.

1x:  Describe this photo in one gut-reaction word.
Sinclair: I don’t know. That’s just Prince. The naked truth. Yea, I don’t know what to say other than to say he was one hell of a musician, and I loved his guitar playing. 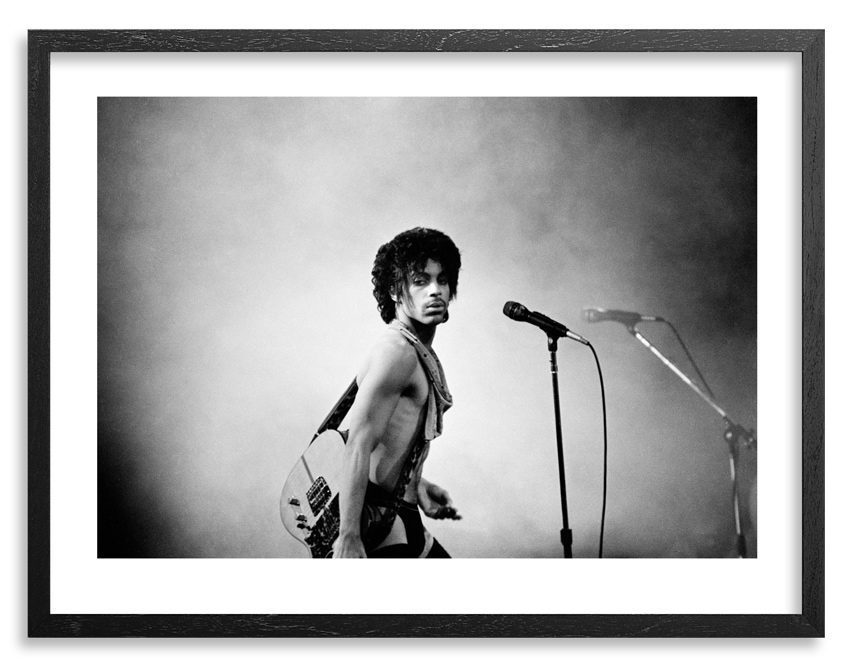 Leni Sinclair was interviewed at her Detroit studio by 1xRUN Editor-In-Chief Pietro Truba.  He has previously interviewed Ricky Powell, Doze Green, Fred Armisen, Janette Beckman, and Shepard Fairey among others. Follow him @pietrotruba