Hailing from Aalborg, Denmark artist Rebekka Borum joins us for her very first print RUN ever, The Fear Of Nothingness! Pulling inspiration from her confrontation with the afterlife Borum aims to twist the phenomena of the color spectrum into this radiating edition. Along with Borum’s debut print RUN we’ve also got a nice selection of affordably priced original artwork. Read on as we caught up with Rebekka Borum to discuss her debut RUN, influences and much more. . .

1xRUN: Tell us a little bit about this piece, anything immediate you would like us to highlight about this image?
Rebekka Borum: The artwork is about confronting oneself with death and how this realization of perishment is anxiety-provoking, yet meaningful. Death is inevitable. This thought can be scary to many. In this work I invite the viewer to challenge their fears through confrontation – with nothingness. Yet through this confrontation, the viewer may realize that it is part of something greater.

1x: Was this image part of a recent theme, series or show that you had? If so how did it fit into that given grouping?
Borum: After having created a lot of small circular pieces, I decided to work on two large paintings simultaneously. Both works revolved around thoughts on our place in the universe and how this reflection contributes to the meaning of life.

1x: When was this piece created and what materials were used?
Borum: The painting was finished May 2017 using acrylics on canvas. Glossy varnish was added to the reflective part in the bottom of the painting.

1x: Tell us how the idea and execution came about for this image?
Borum: The initial thoughts behind the piece came from several conversations about death and afterlife, as well as my own reflections about these topics.
To find inspiration for my art I often look into physical phenomena, photos of the universe, geology and geometry – things that cannot be seen with the naked eye but require some sort of instrument.

Before starting this painting, I was looking into spectrums, and decided to twist this phenomenon by doing a circular simulation of a spectrum.

1x: How long did each of this image take to create from start to finish?
Borum: It took around four and a half months to create this artwork.

1x: What is unique about this piece compared with your other work?
Borum: This work consists of a lot of black compared to the other works I created at that time. This darkness around the coloured rings creates a really strong effect of being immersed into the center of the circle. 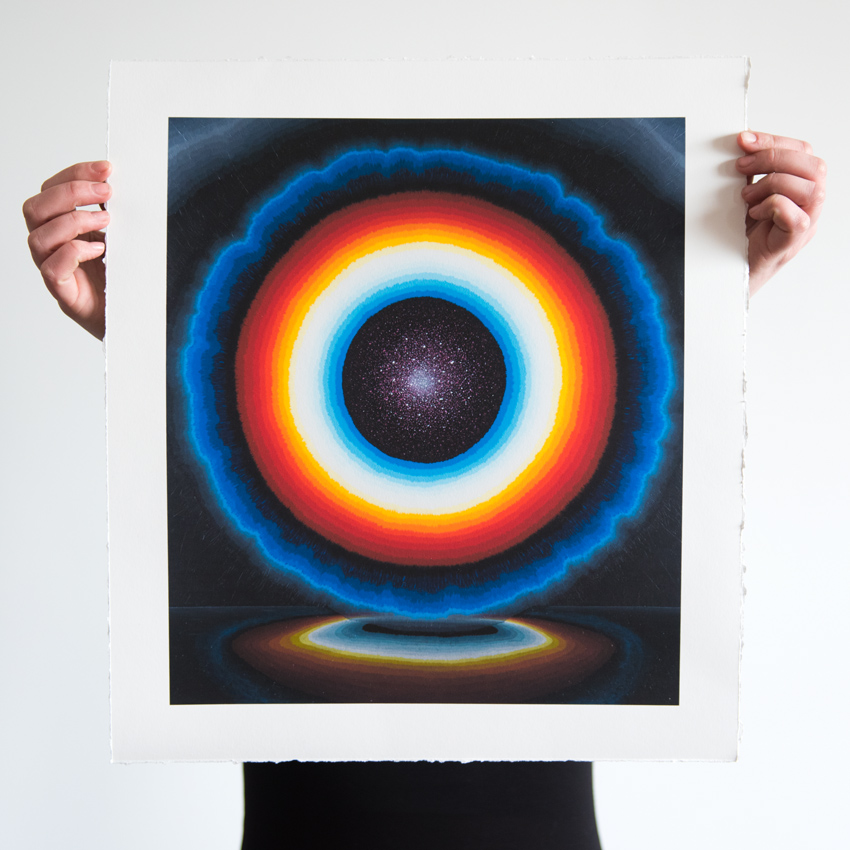 1x: Why should people buy this one of these prints?
Borum: You should buy this print, because this piece contains several interpretations, as well as having the potential of drawing you into the center of the universe. 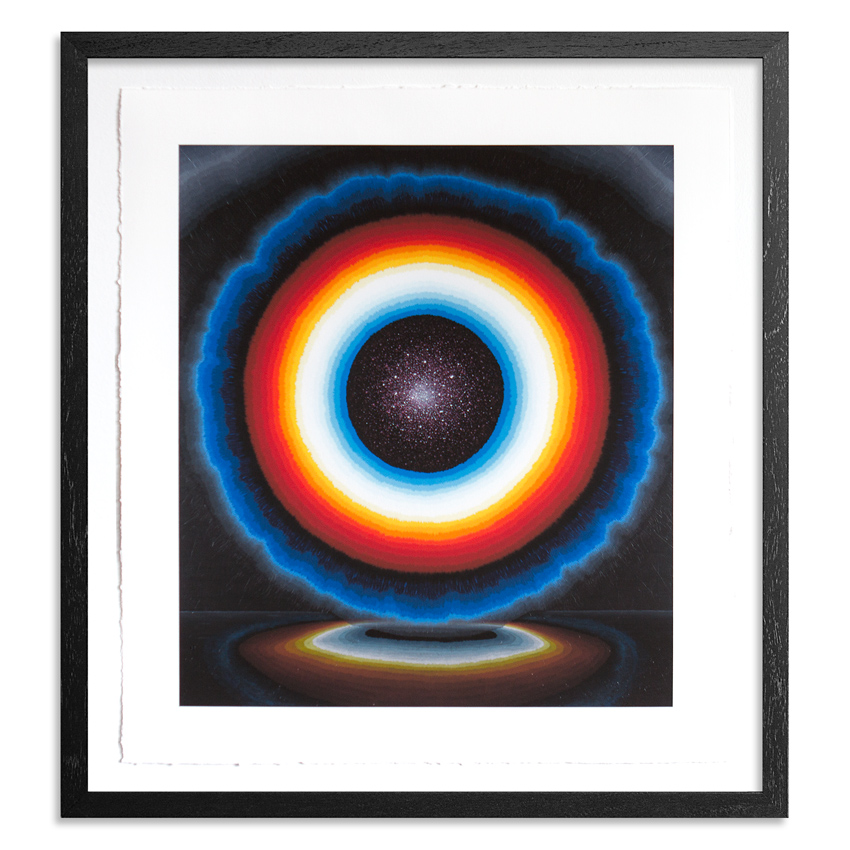 1x: When did you first start making art? What was your first piece?
Borum: I remember I liked drawing in kindergarten. But I guess I started making art (drawings, collages and a few paintings) in high school, but mostly for myself. In 2013 I attended University and became involved in the art community in the city. I started painting more seriously and then
it went from there.  My first piece (if I do not count in the ones from high school) was a small 50×50 cm work. I started out doing some figurative stuff, but very quickly I did not find myself comfortable doing this. I am not exactly sure how, but I painted over the piece with my own invented technique by dipping the shaft of the brush in paint and then roll it on the canvas. When done repeatedly it created an interesting abstract optical effect.

1x: What artists inspired you early on? What artists inspire you now?
Borum: Frank Stella, Bridget Riley and Victor Vasarely. [Now] I am really fascinated by Casper David Friedrich, who was a German Romantic
landscape painter. I also think Judy Chicago and Georgia O’Keeffe have made some strong works.

1x: Do you listen to music while you work? If so what? If not then what is your environment like when you work?
Borum: It differs a lot. I think it depends on my state of mind. Sometimes music compliments a flow. For instance. hip hop and instrumental beats help spark or maintain my flow. Otherwise I like listening to podcasts about science, psychology, politics and philosophy. Mostly about subjects that takes up my mind and somehow contribute to the painting I am working on. Other times I enjoy complete silence, where I am able to hear my breath, the brush and other silent noises.

1x: If you could collaborate with any living artist who would it be and why? Any deceased artists?
Borum: It is very hard to choose. Hannah Yata or Miss Van. Both are extremely skilled, technically, and has very different styles compared to my own, which I think would be very interesting to see combined. [For the latter] Frank Stella. I would mess up his strict geometry.

1x: What was the first piece of art that you bought? Do you still have it? The last?
Borum: I bought two paintings when I traveled in Tanzania a long time ago. I still have them hanging. Reminding me of a great trip and of a different culture. The last was a print by Mars-1 entitled Topographic Dawn #7. His works blow my mind.

1x: Any big shows or events coming up that you’d like to share?
Borum: I am talking with someone in Asia about a show later this year.