For today’s release we highlight the work of Sneha Shrestha and showcase the ongoing work she has done to help Nepalese families affected by last year’s earthquake. We welcome in storied writer Caleb Neelon who has worked with Sneha on several projects and took the opportunity to sit down with her for a quick Q&A about her latest project. Please help support Sneha and this project and read on for more information…

“If you know me, you know my relationship with the country of Nepal goes back a long ways. Half my family is Nepalese and from the Kathmandu Valley, and going back to the 1990s I’ve been able to paint in the streets there and have some really memorable times. You also will know I love to share about artists whose work and general vibe I love.  I’d like to tell you about Sneha Shrestha – IMAGINE – and her work.

Nepal is a poor country, and on April 25 of last year, it got hit with a huge earthquake that destroyed many of its centuries-old architectural treasures, killed over 8,000 people, and left countless families homeless.  Nepal is heavily dependent on tourism, and no one’s traveling there now, so its economy is really hurting now. Of course, the people who feel it hardest are poor families. 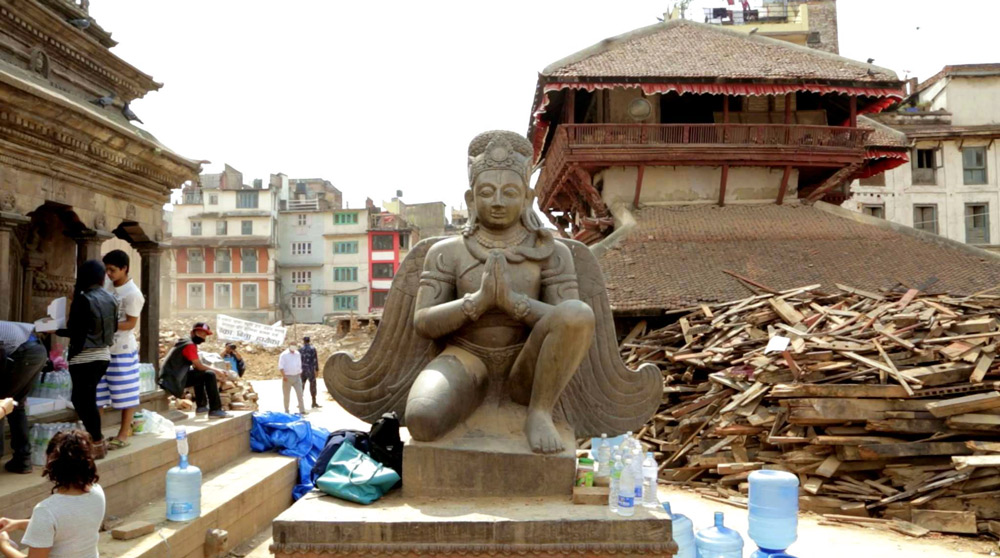 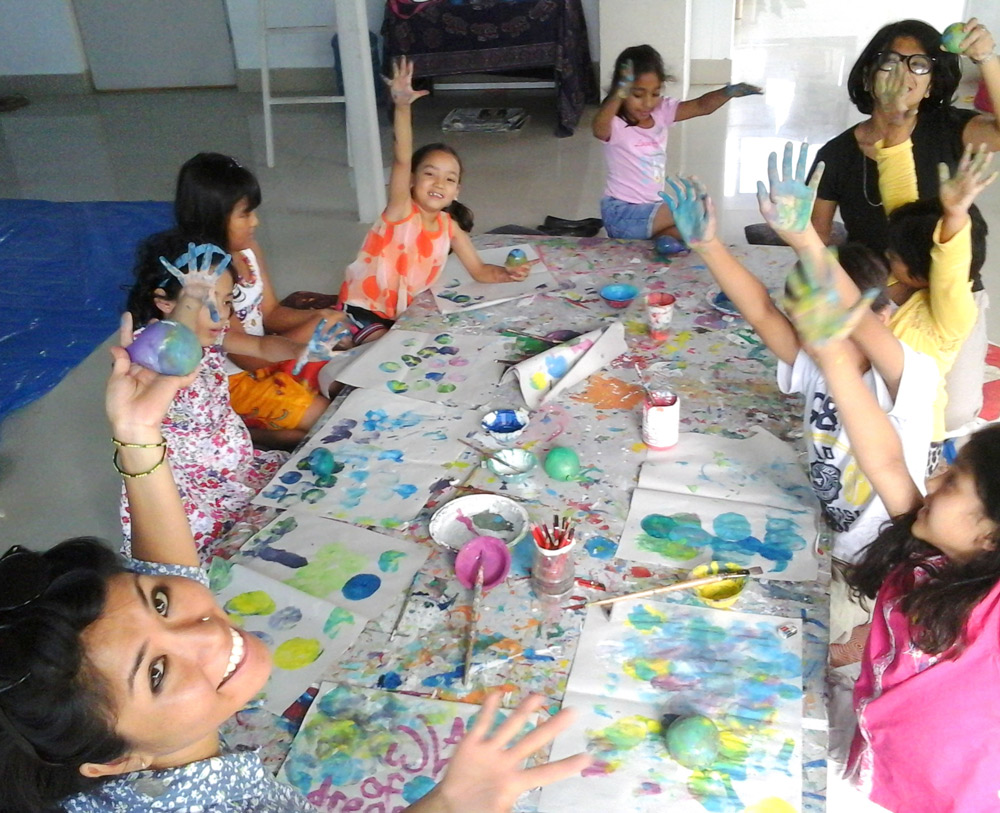 Sneha Shrestha is an artist dividing her time between Boston and Kathmandu. In addition to being a local pioneer painting in the streets in Nepal, she founded the Children’s Art Museum of Nepal two years ago with a very simple goal of giving kids a place to make art and have fun. Schools in Nepal don’t really have art classes, and none of the government schools do. For a lot of kids, her center is their only chance to zone out and draw or smush some paint around.  It is 100% run and operated by Nepalis.

When the earthquake hit, the Children’s Art Museum of Nepal had to become mobile and take its art programs to the many temporary learning centers that UNICEF set up in places where schools were destroyed.  They became – whether they wanted to or not – art therapists. The earthquake has traumatized so many children in Nepal, and psychology and therapy are next to nonexistent in Nepal as yet. In the past year the Museum has worked with thousands of children and trained more than 100 teachers in creating safe spaces for children to make art, have fun, and slowly work through the fact that they have seen and are living through a real tragedy. 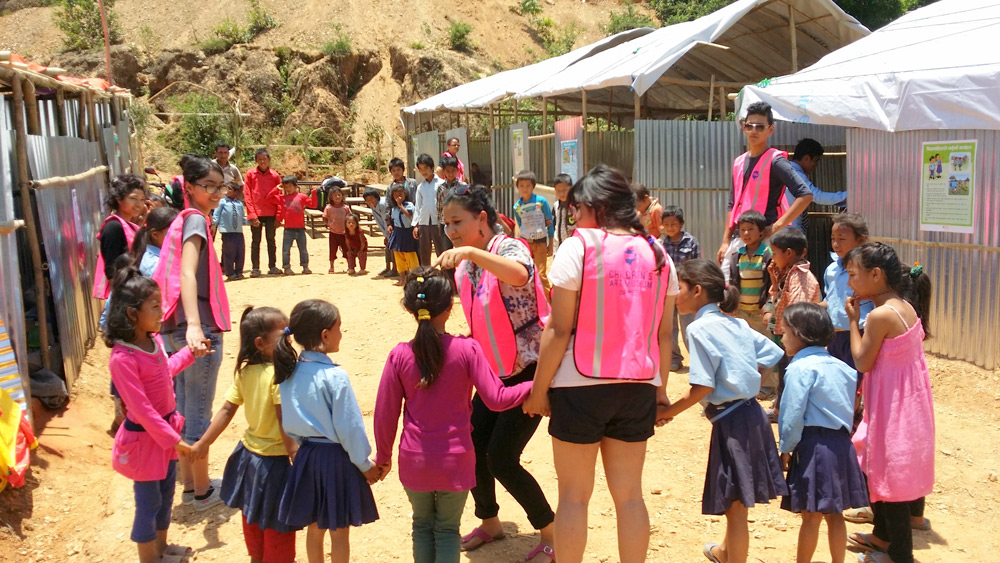 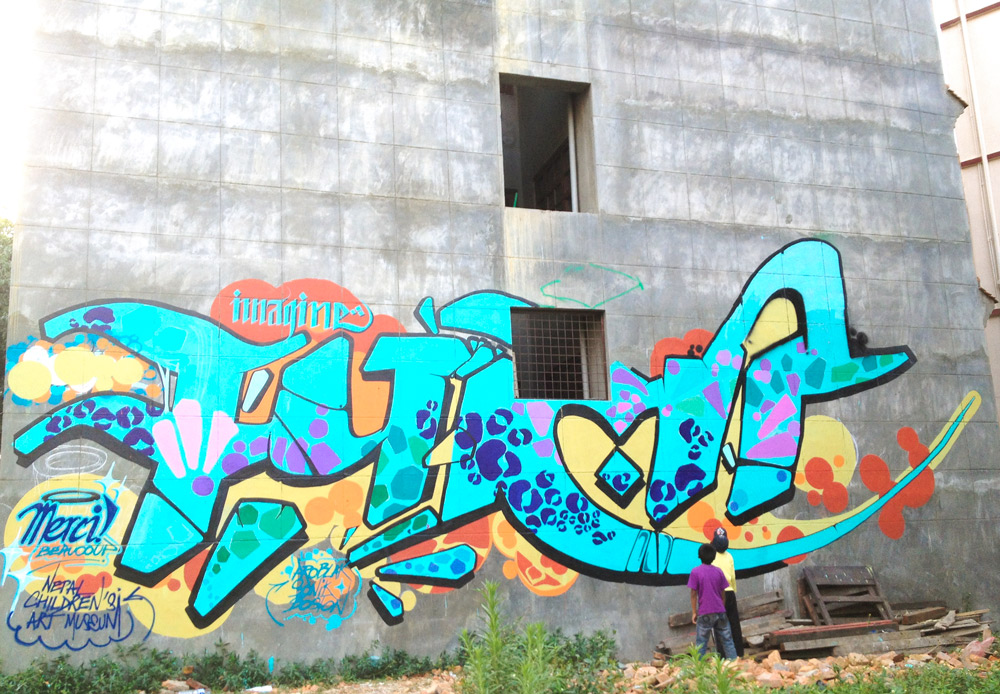 Fortunately a little goes a really long way in Nepal. Sneha started this whole organization – which involved building out a big physical space in Kathmandu and everything else – for under $20k.

The proceeds from this show will be used to buy art supplies (which is done locally so the money keeps bouncing around the community), pay for transportation to get out to the most affected kids, and to train volunteers and teachers.

You can also donate directly here.

Without further adieu, here is a short Q&A with Sneha. Thanks again and I hope you can help us support this work.” – Caleb Neelon

1xRUN: Painting in the street is a new thing in Kathmandu – so how did you come to make the kind of work you make?
Sneha: I was introduced to painting in the streets during my time in Boston and I knew I needed to take this to my hometown of Kathmandu but in a way that Nepali people could related to. The spiritual elements of the city’s culture influence people’s everyday lives so I figured painting large scale walls in Nepali messages might be part of the answer if I do it a lot. So I did.

1x: What was behind your choice to use the Nepali language and alphabet?
Sneha: Graffiti is a fairly new form of art and the ancient Devanagari script that I use to write Nepali in, has been around since the 17th century. Being in the 21st century right now, I figured I would bridge ten centuries worth of expression so I can share my native culture with its spiritual aspects but also have the global appeal of modern graffiti. 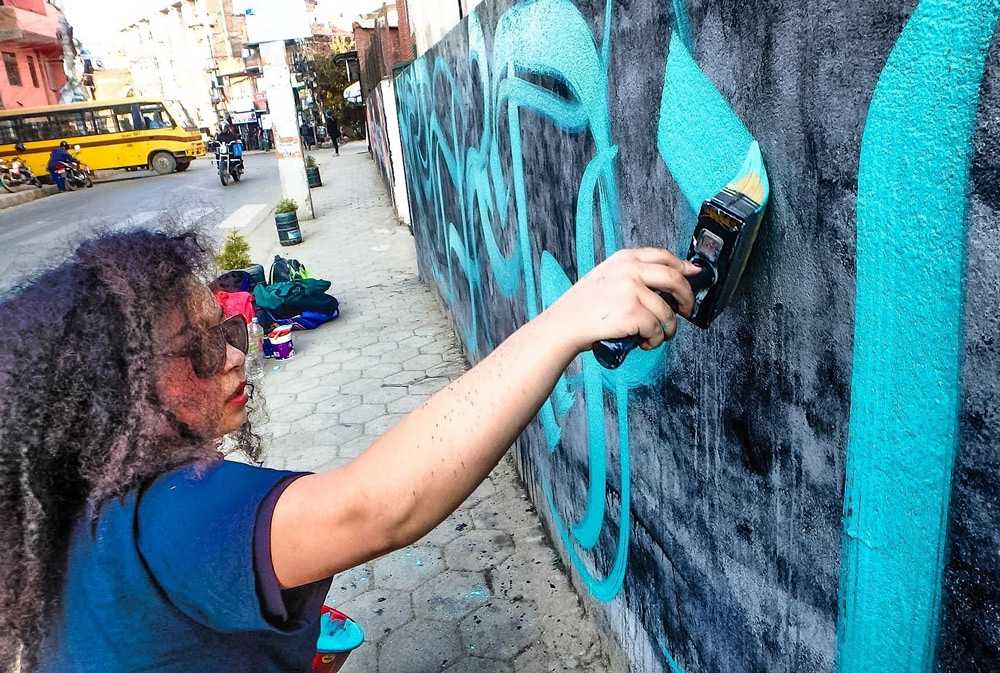 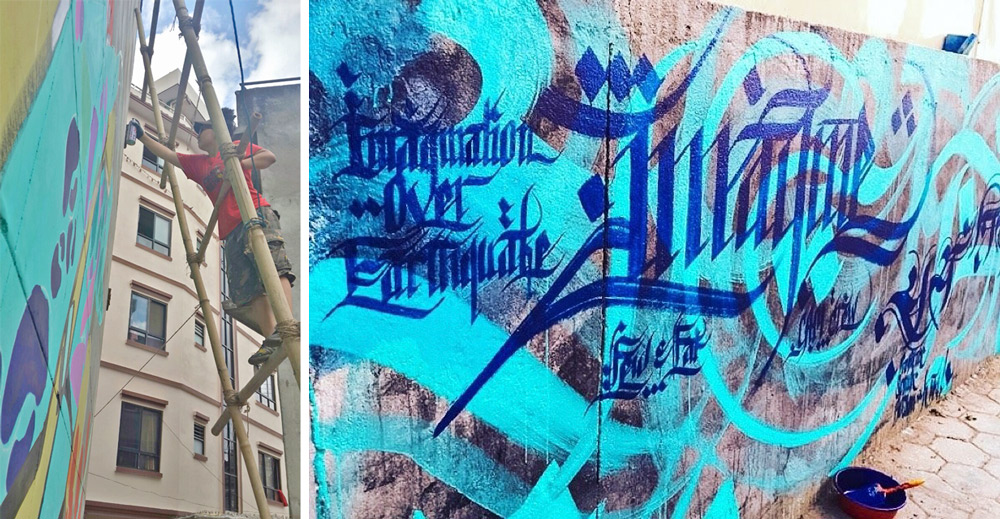 The earthquake a year ago did was a tragedy and there was so much devastation and loss of life. What hit you the worst?
Sneha: Children are always the ones that suffer the most in poverty and disaster situations. Nepal is the worst best example of this. When people are already living with nothing …the fact that the earthquake made it worse broke my heart. Can’t imagine what children’s little minds must be going through. 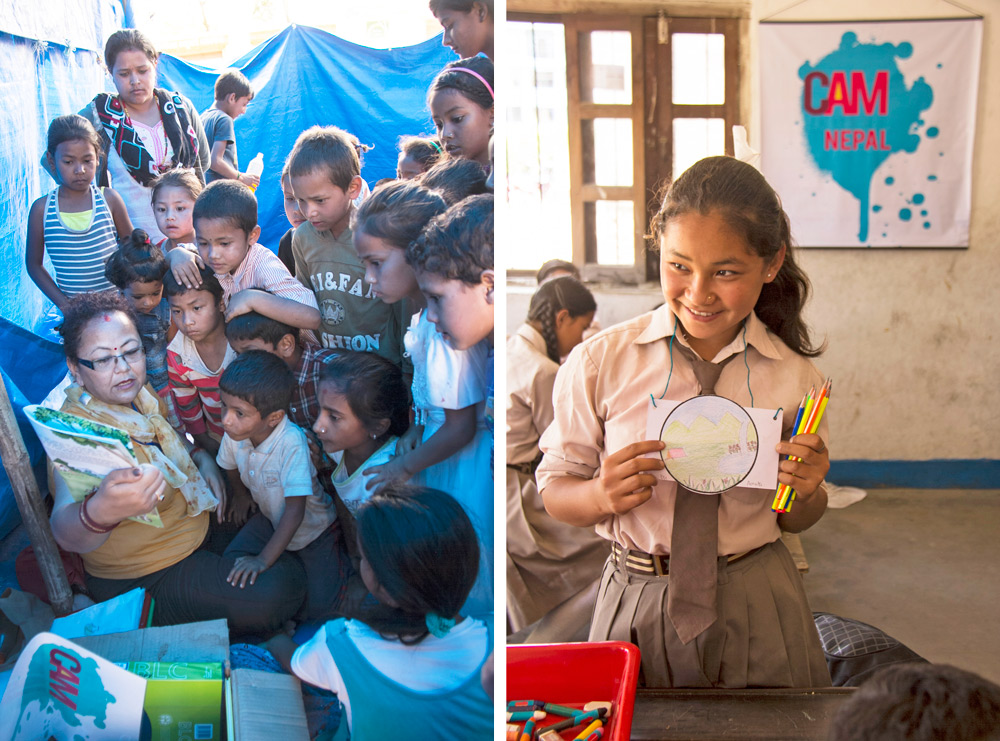 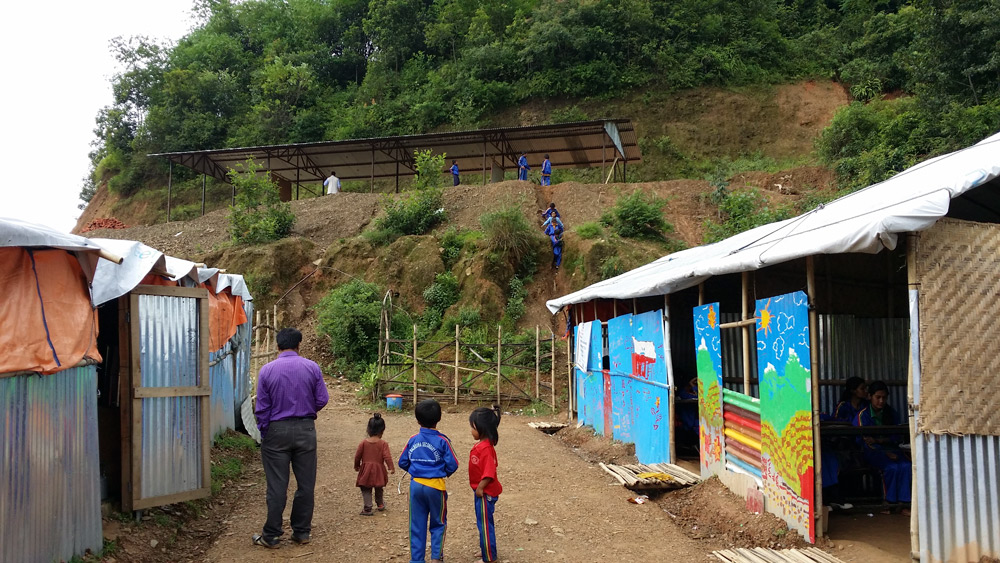 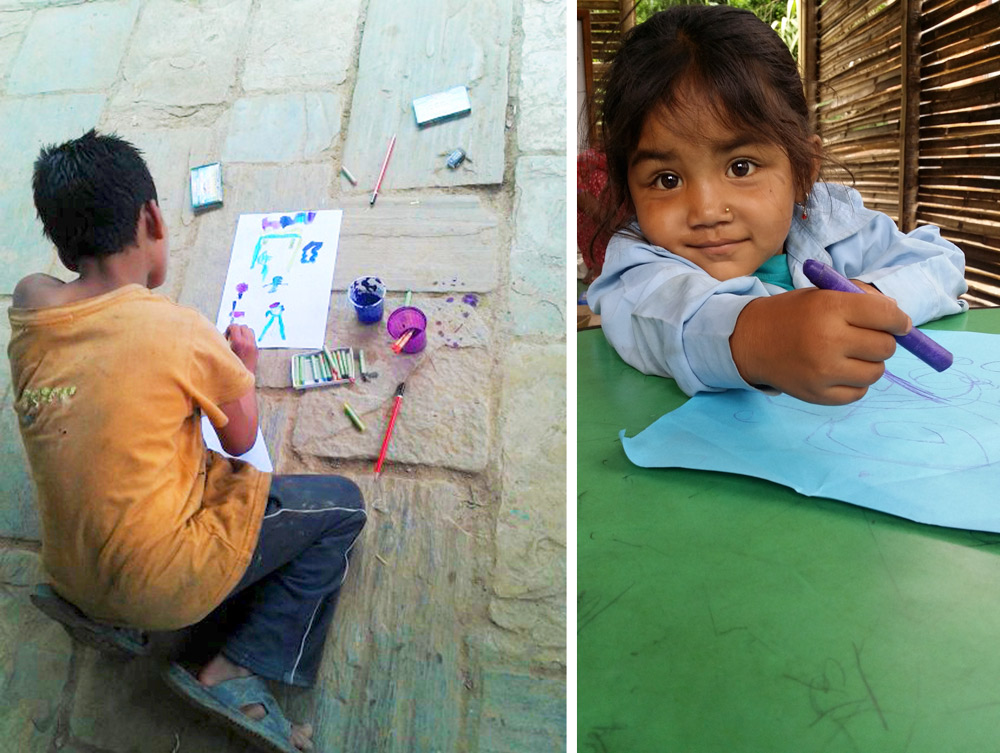 1x: How has the Children’s Art Museum of Nepal responded to the earthquake?
Sneha: CAM Nepal started their Art for Relief program and visited more than 5000 children in temporary camps and schools in Kathmandu to create healing art with them that helped them sublimate their emotions about the earthquake and made them feel safe and secure enough to express their thoughts. We are officially called CAM Nepal or the Children’s Art Museum of Nepal. 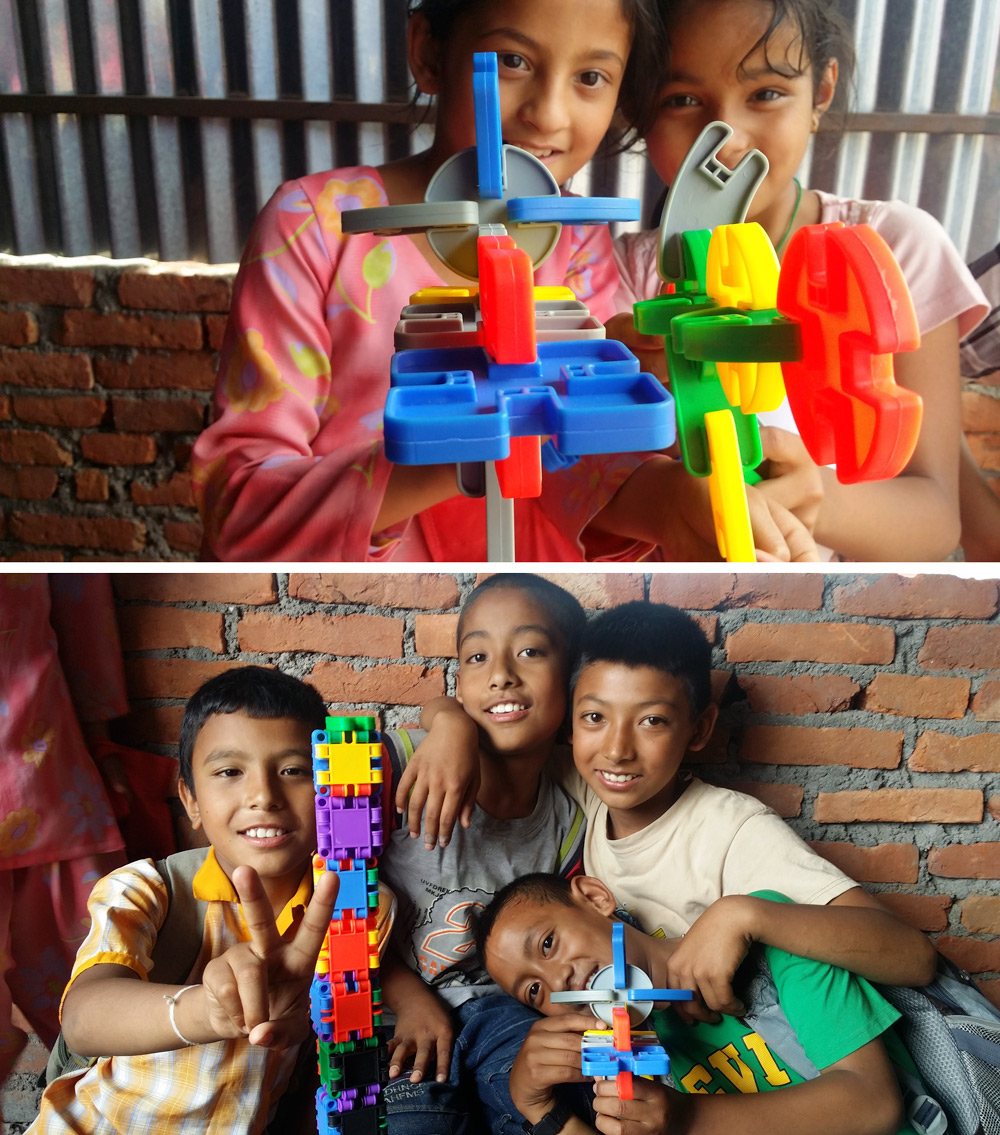