Stephanie Buer, now based in Portland, has spent over a decade observing the urban landscapes in Detroit, MI. She has an intimate appreciation of urban desolation and a love for the once prosperous buildings that have been abandoned to time and the elements. Her works in both oil and charcoal capture with photo-like detail the layers of gritty history that accumulate as these places succumb to the manipulation of vandals, artists, and the steady persistence of nature. Check out Stephanie’s latest Detroit inspired release “The Packard” and grab one now before they are gone. 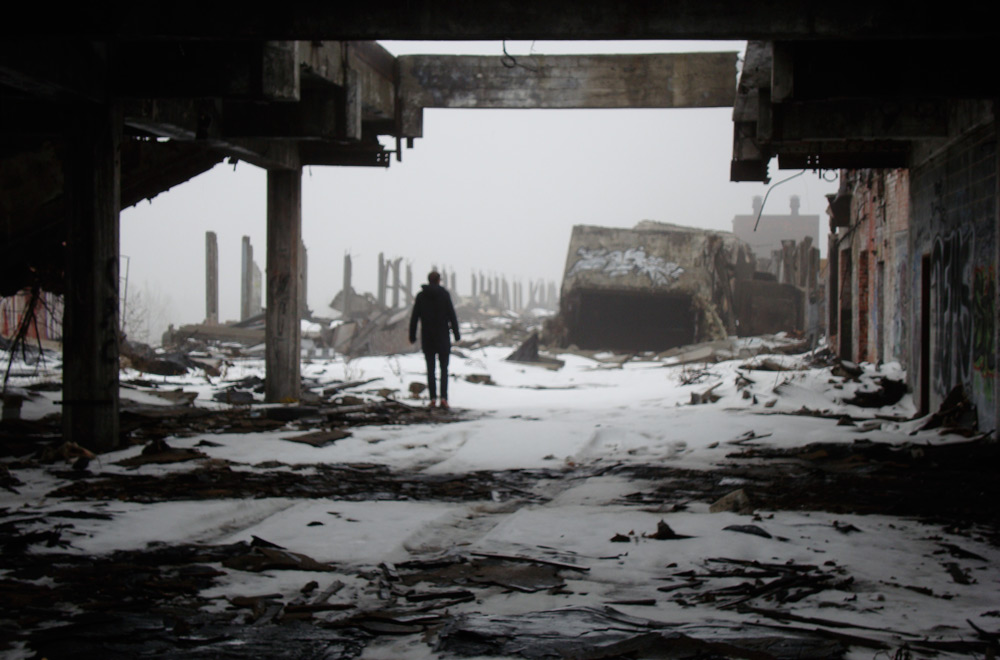 1x: Tell us a little bit about this piece, is the original still for sale?
Stephanie Buer: The original has sold, so it is unavailable. It’s from an image I took while walking through a Detroit neighborhood outside the Packard Plant a couple years ago. It was such a beautiful day, very foggy and snowy.

1x: Was this piece part of a recent theme, series or show that you had? If so how did it fit into that given grouping?
Stephanie Buer: This piece is from a show I had at Thinkspace Gallery back in August of 2014. It was part of a series that I did based on a few days I spent wandering Detroit a few winters ago. It was just so beautiful out, I had a whole different series in mind, but after those few days I changed everything. 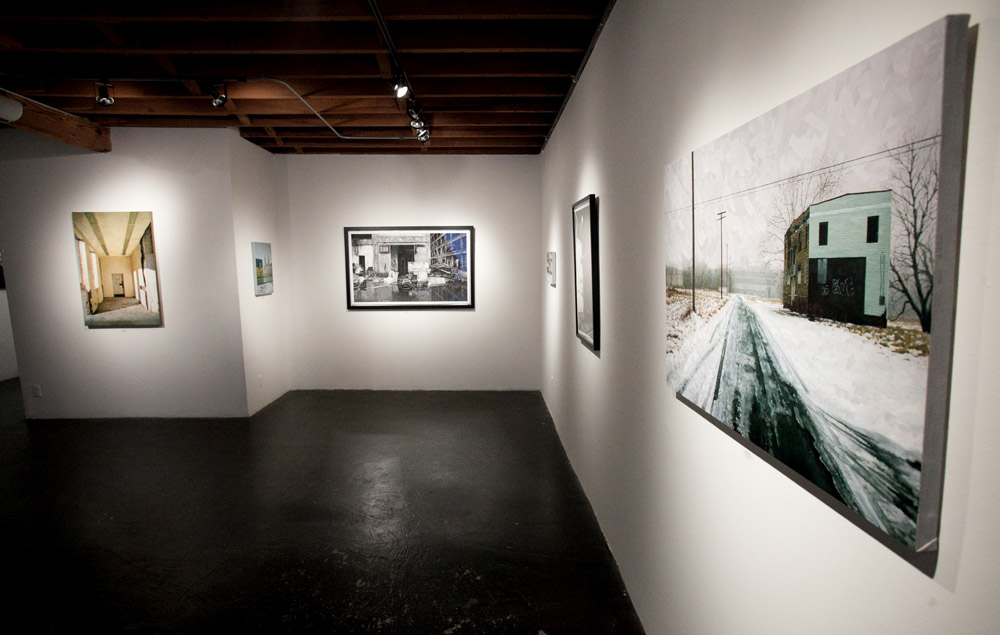 1x: What materials were used to create this piece with?
Stephanie Buer: Oil paint on canvas.

1x: How long did this piece take to complete?
Stephanie Buer: It generally takes me about 2 weeks to complete a piece of this size. 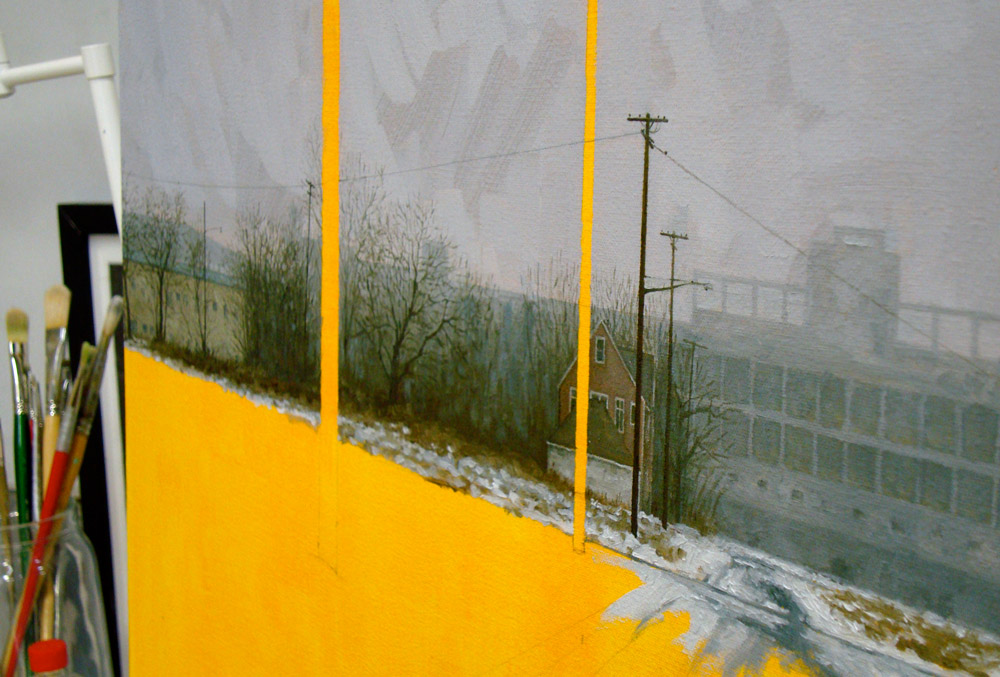 1x: Tell us a little bit about your process and how the idea and execution came about?
Stephanie Buer: I always get my ideas for pieces by wandering around cities and taking pictures. I sometimes start out with an idea or theme in mind, but the weather, conditions and other things I find will often dictate the direction of a body of work.

1x: What do you feel is unique about this piece?
Stephanie Buer: I really enjoy the atmosphere and the color palette. 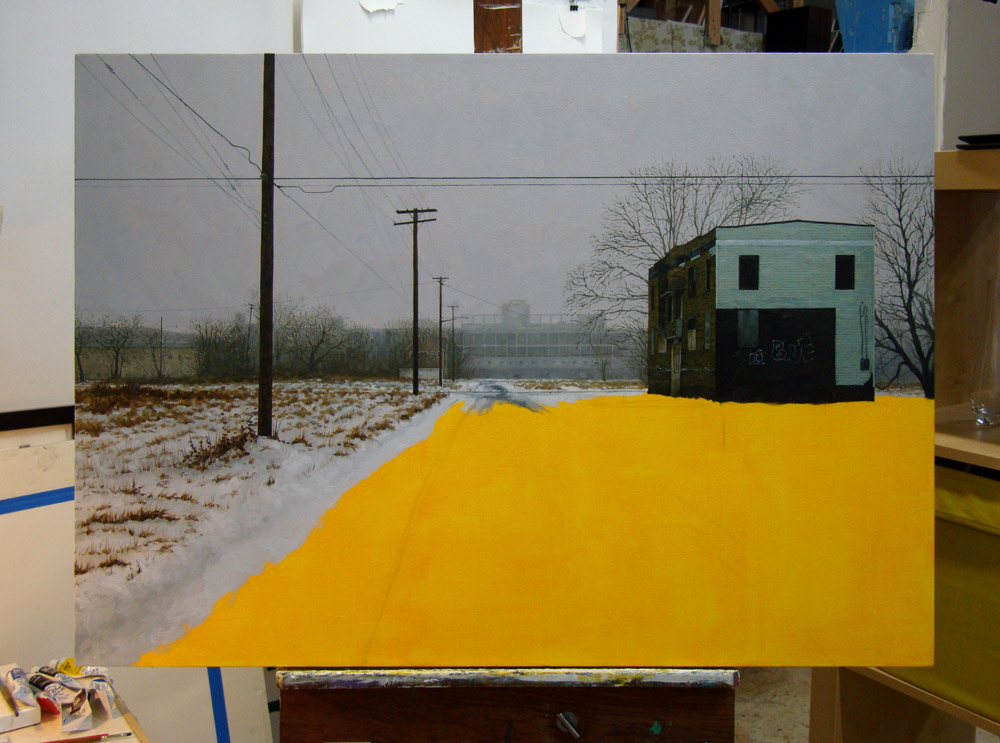 1x: What is it about this print that you think will resonate with people?
Stephanie Buer: I like these images of Detroit because they’re a piece of history, a glimpse into a landscape that is very quickly changing. The building at the end of the road is the old Packard Automobile Plant. I’ve been exploring this building for almost 12 years, it has been a huge inspiration in my work. In the past couple years or so the building was purchased and I’m not certain what the owner has planned or how much longer it will be standing in its current state. So, I like to think I’ve managed to capture a fleeting moment, a memory of when this big, beautiful, neglected structure was still with us. 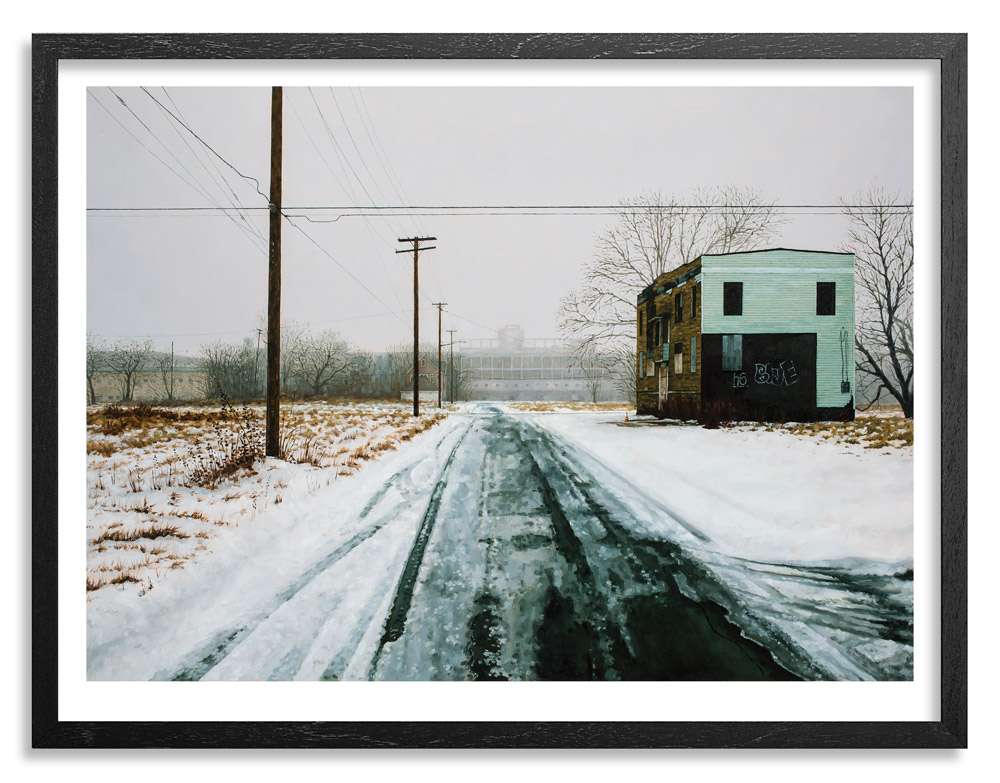 1x: It’s been a little bit since our last release with you. Tell us bit about what you’ve been up to in the last year.
Stephanie Buer: Last summer was my first time showing with you guys, at Inner State Gallery, which was amazing! I was so excited to actually have a show in Detroit and I thought it went really well. Since then, I’ve been doing lots of group shows and now I’m spending all of my time getting ready for my next big show. I’ve also been climbing a lot. This past year I’ve learned ice climbing and now trad climbing. So that’s been exciting and scary. My life consists mostly of making lots of artwork and playing in the mountains on the rocks with my friends. I can’t complain. 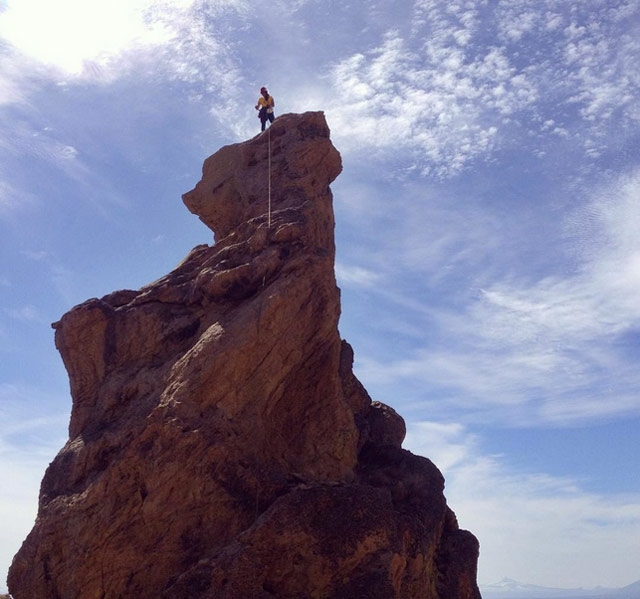 1x: What are your plans for 2016? Any big shows or events coming up that you’d like to share?
Stephanie Buer: Nothing really big for 2016. I’m just spending all my time in the studio getting ready for my next big show, which is in early 2017 at Thinkspace. I’m really excited and also nervous for it. I always get a little bit nervous, its good.