What do whale sharks, 110 degree weather and the world’s leading muralists all have in common? Sea Walls Murals For Oceans, that’s what! As we gear up for Sea Walls 2015, we take a quick look at back last year’s Sea Walls in Isla Mujeres, Mexico with massive walls from Tristan Eaton, Meggs, Tatiana Suarez, Smithe, Aaron Glasson, Celeste Byers and Curiot all of whom are returning for Sea Walls 2015! 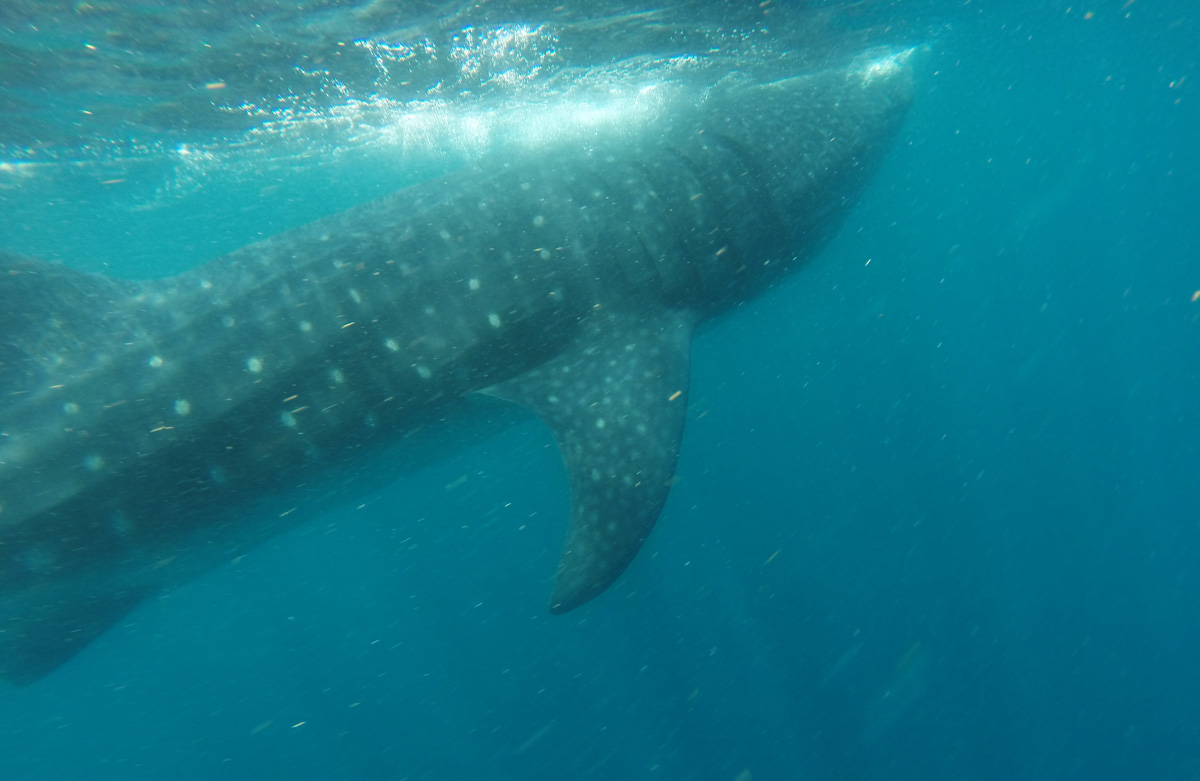 Whale sharks are the largest fish in the ocean and are at serious risk in feeding grounds due to heavy boat traffic and long troll lines from illegal fisheries. 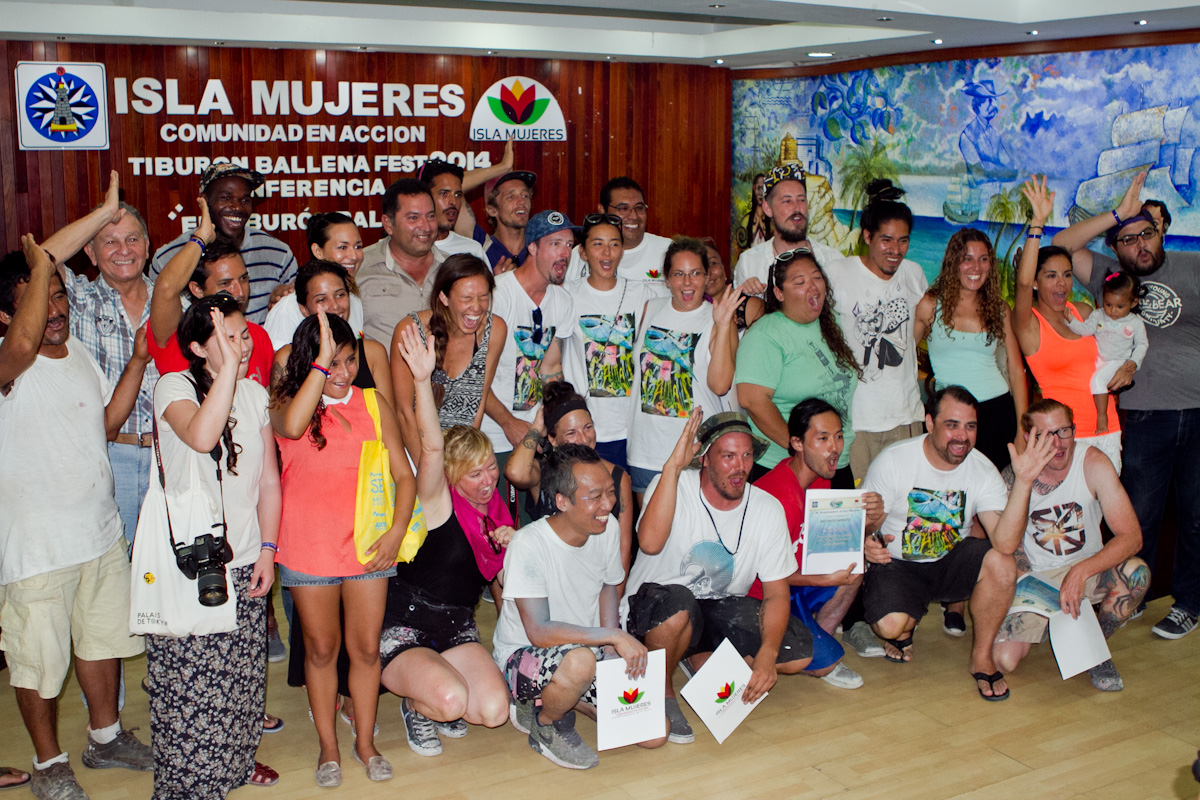 Last July a group of 15 artists from around the world shipped off to a tiny island equipped with nothing more than a few buckets of latex paint and some spray paint to put up over a dozen murals throughout the small Mexican town. The Mayor of Isla Mujeres was so moved by the murals that he presented the entire SeaWalls team Notices of Honor at the mayor’s office. 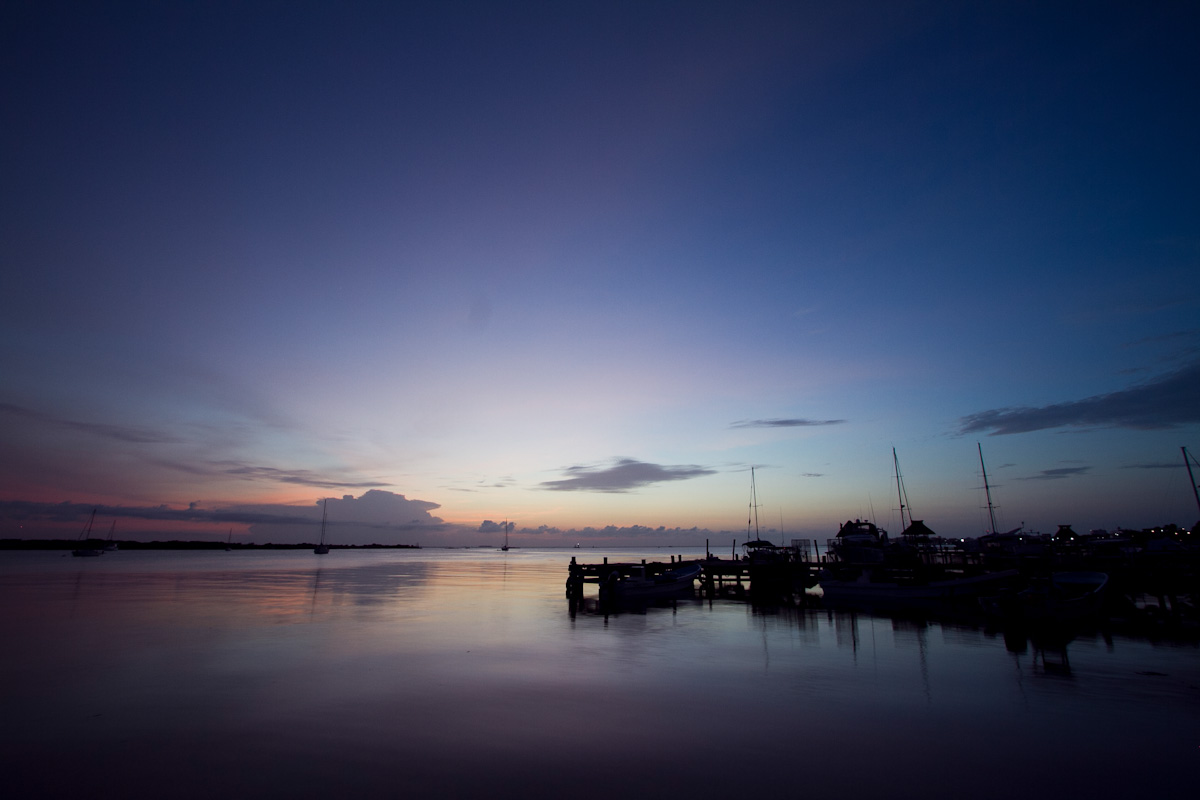 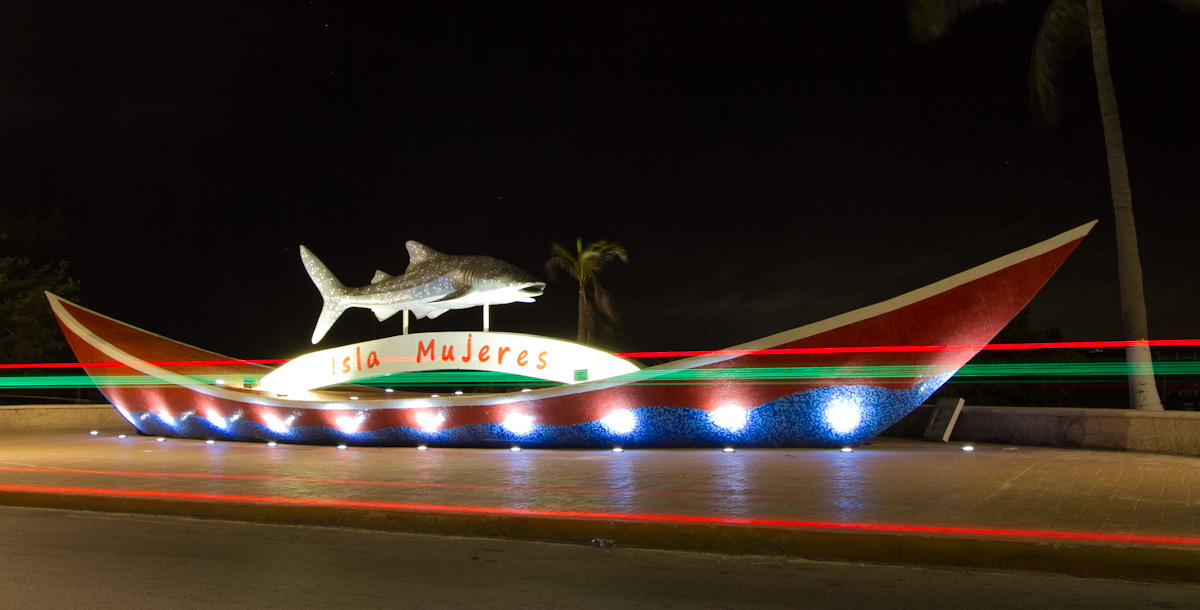 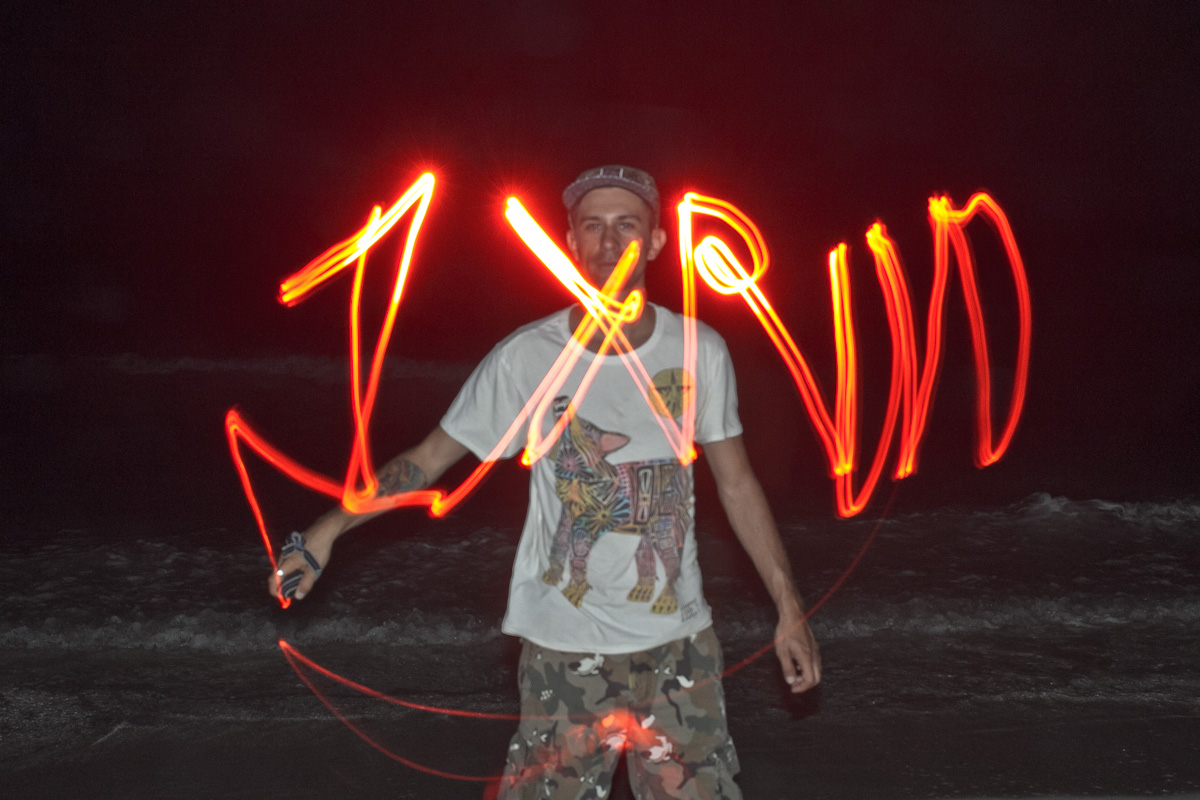 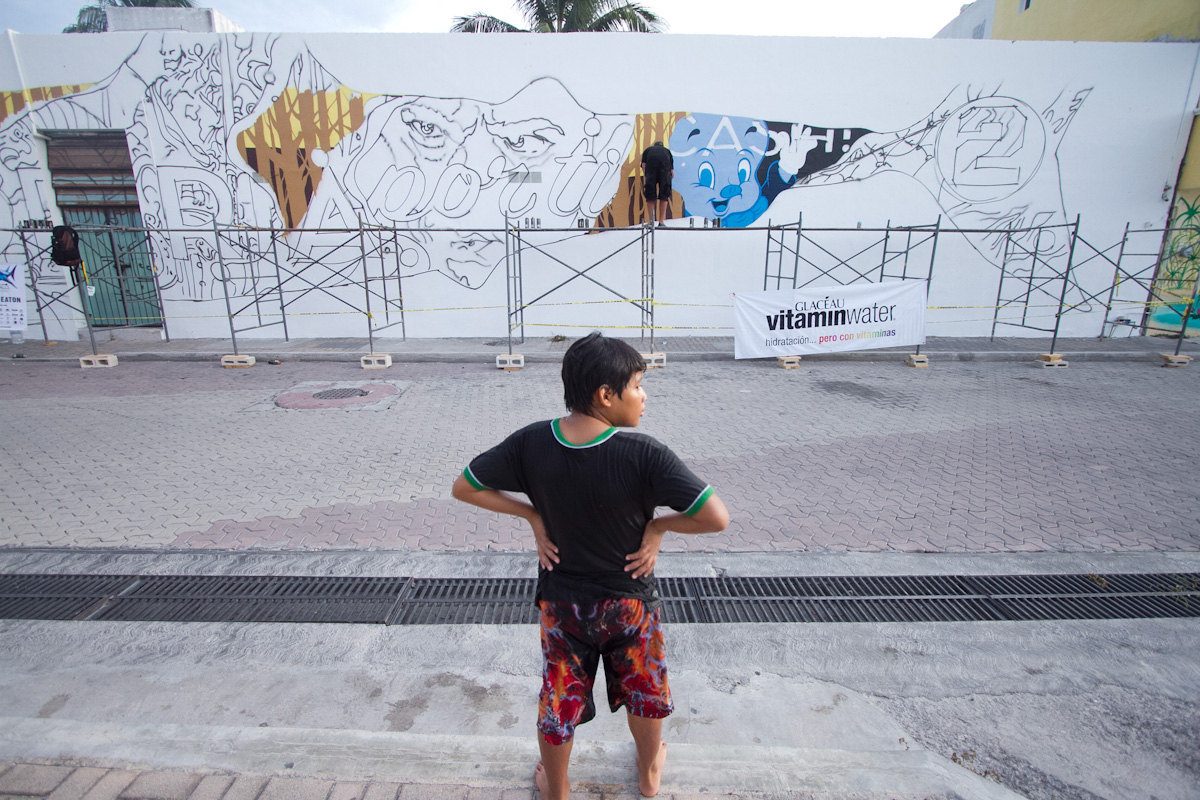 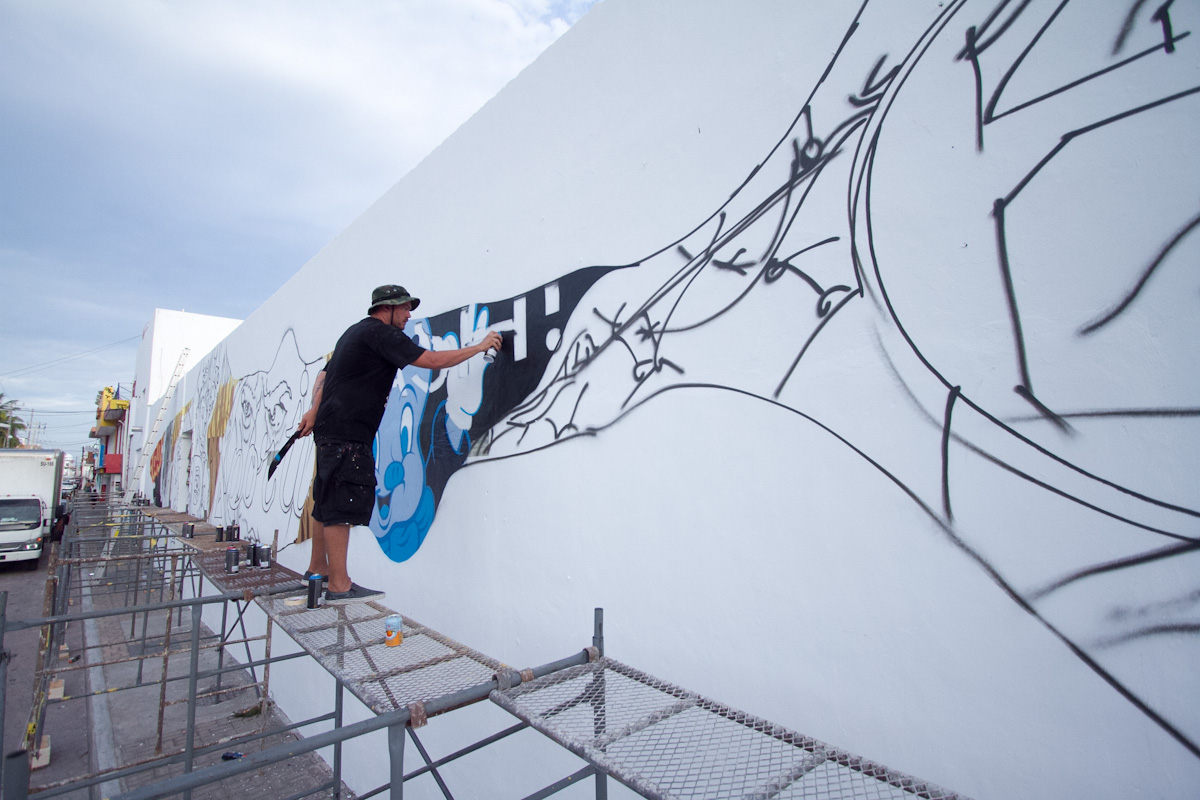 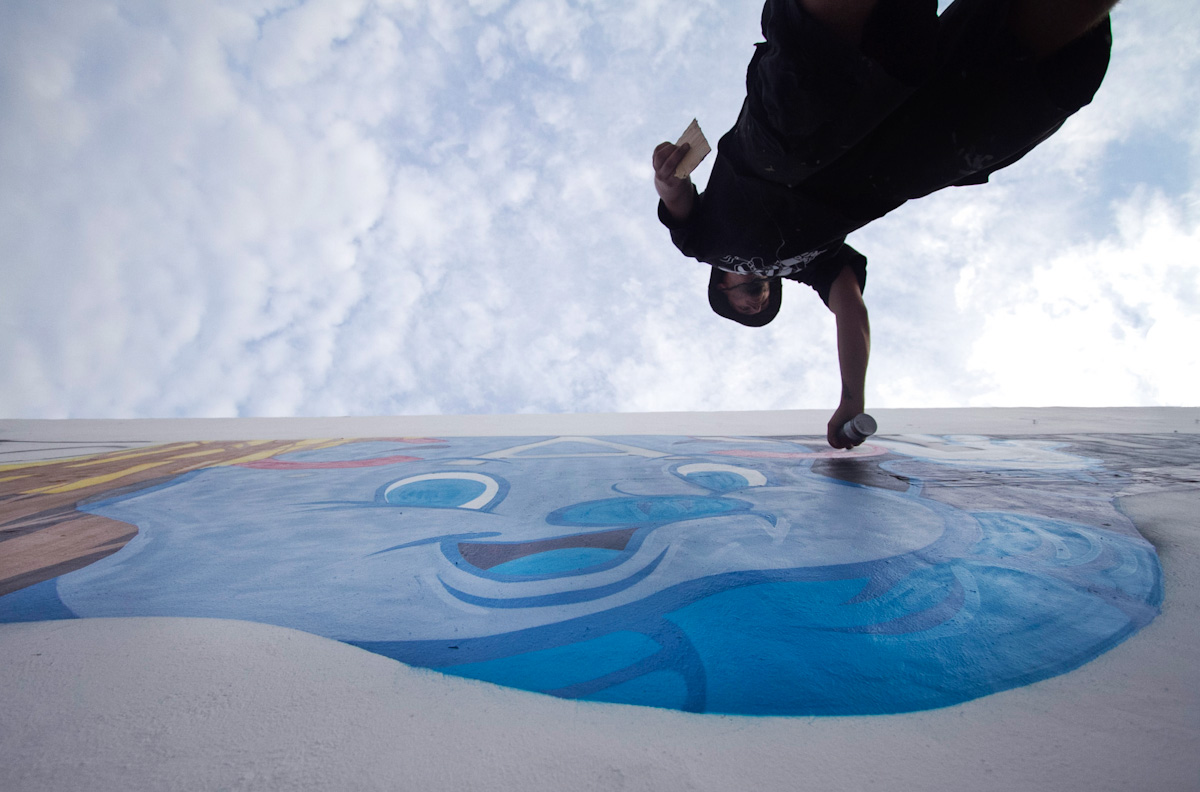 Tristan Eaton sketching out the first layers of his enormous shark mural. 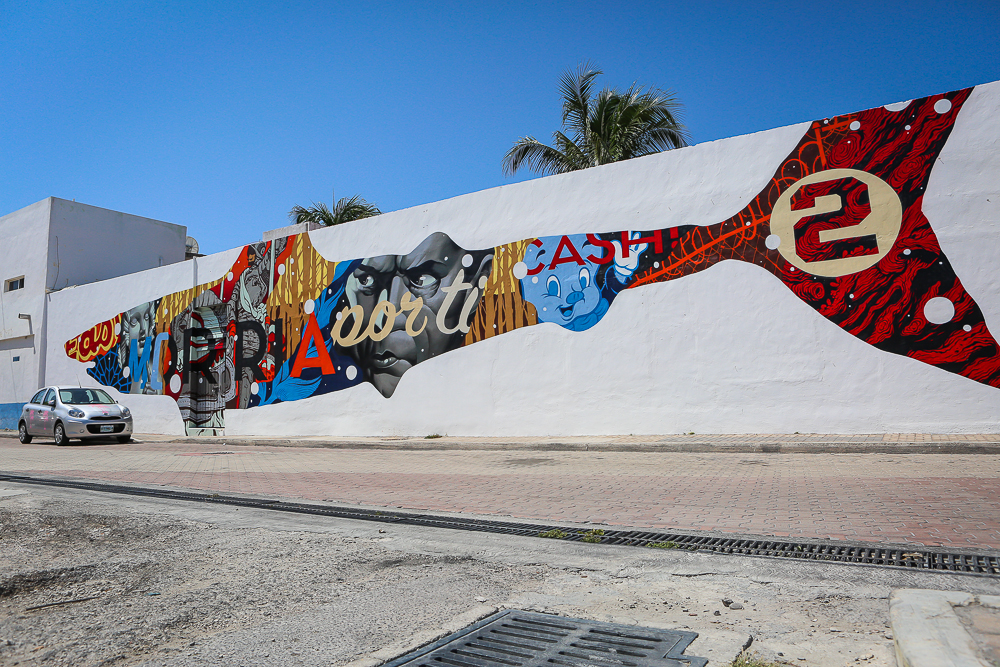 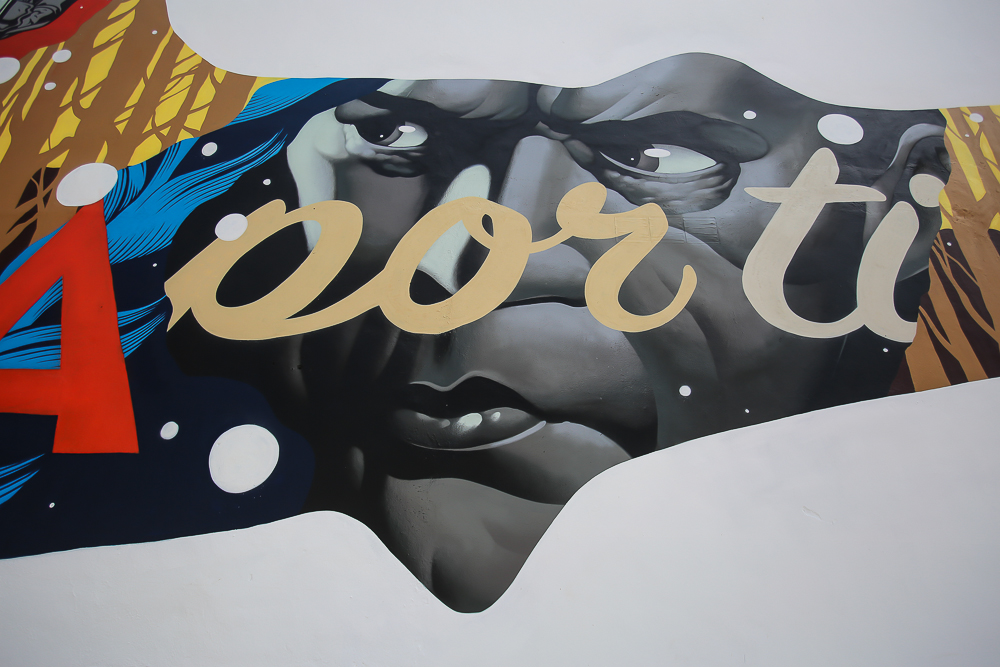 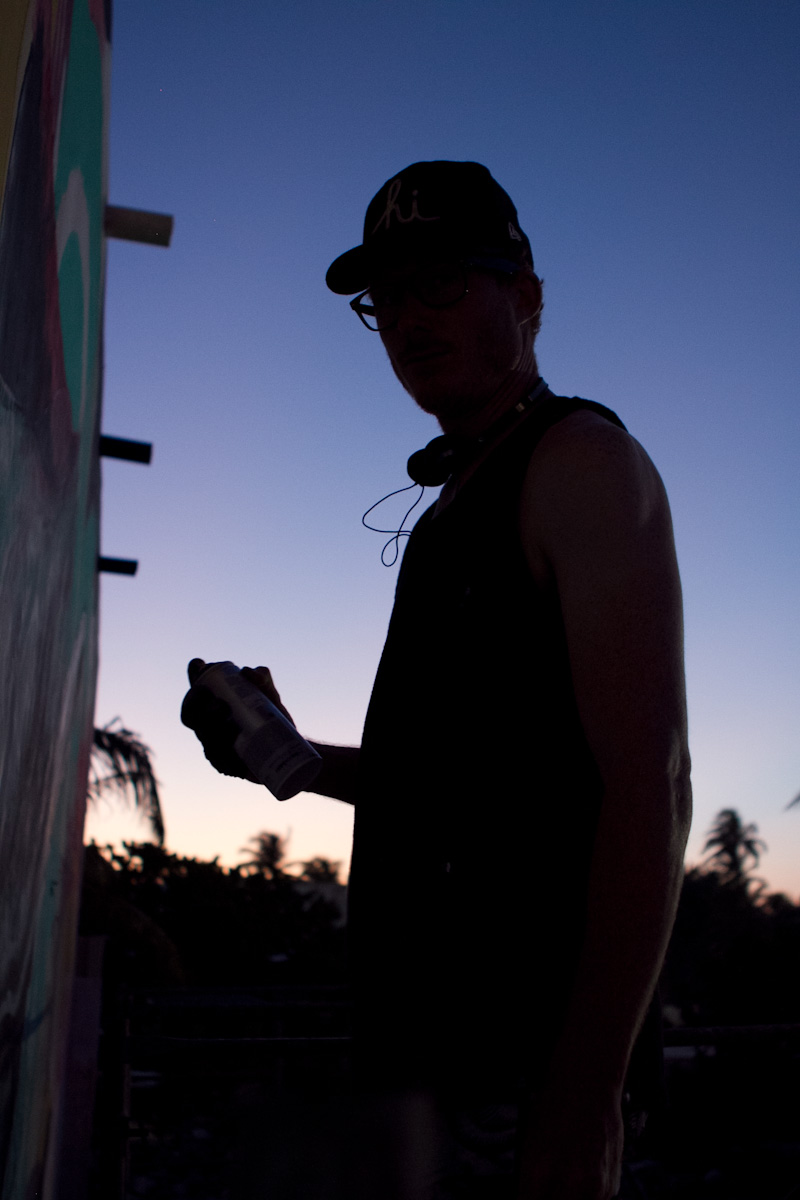 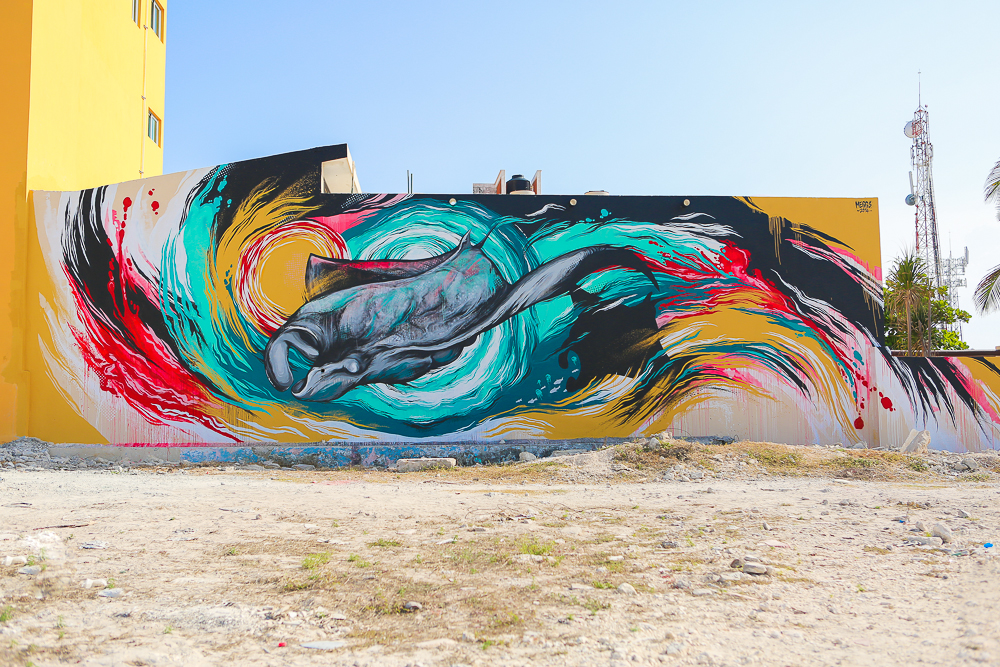 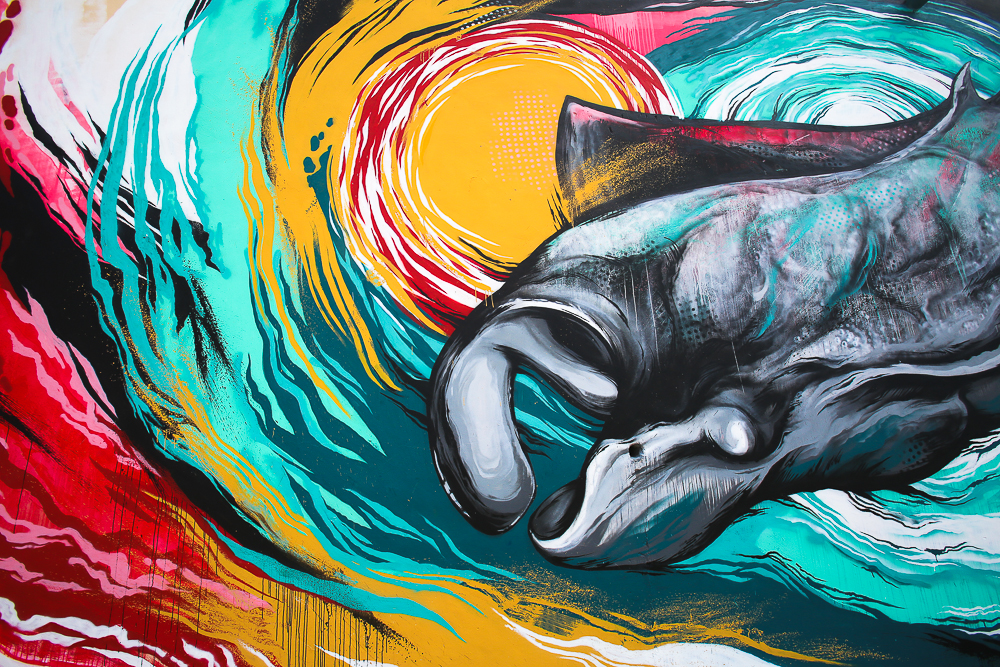 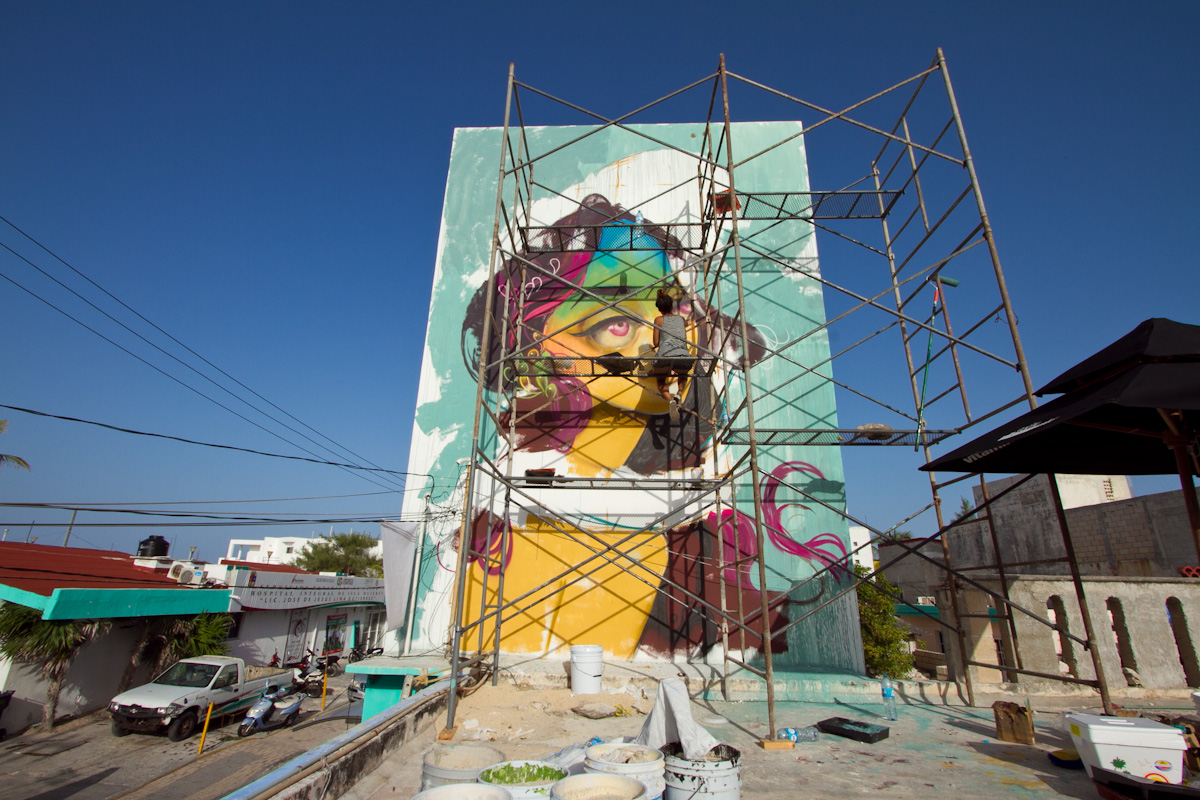 Tatiana Suarez with a tall order on her hands. 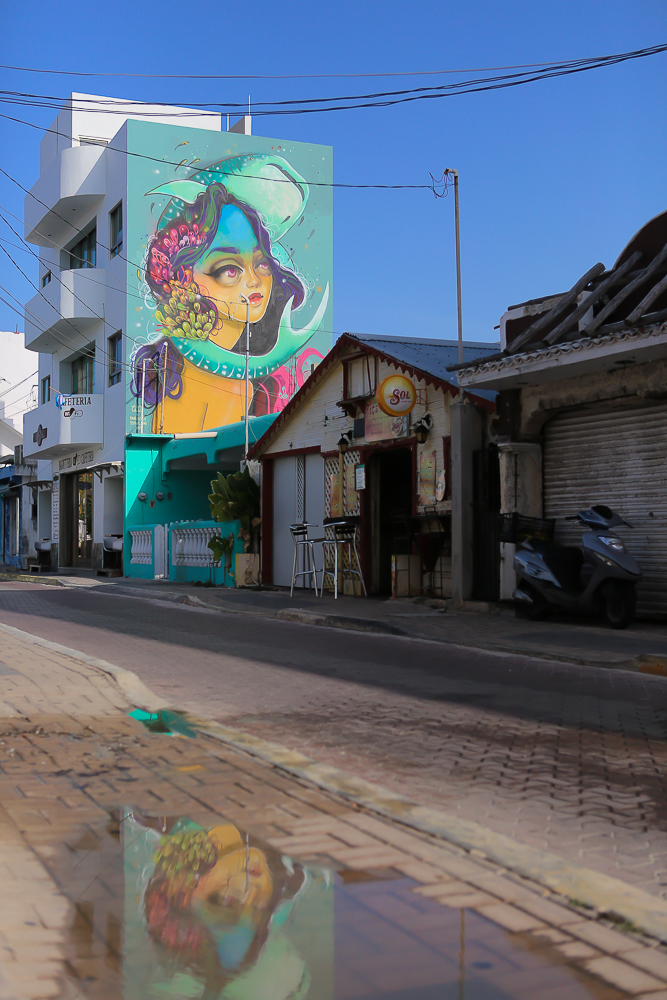 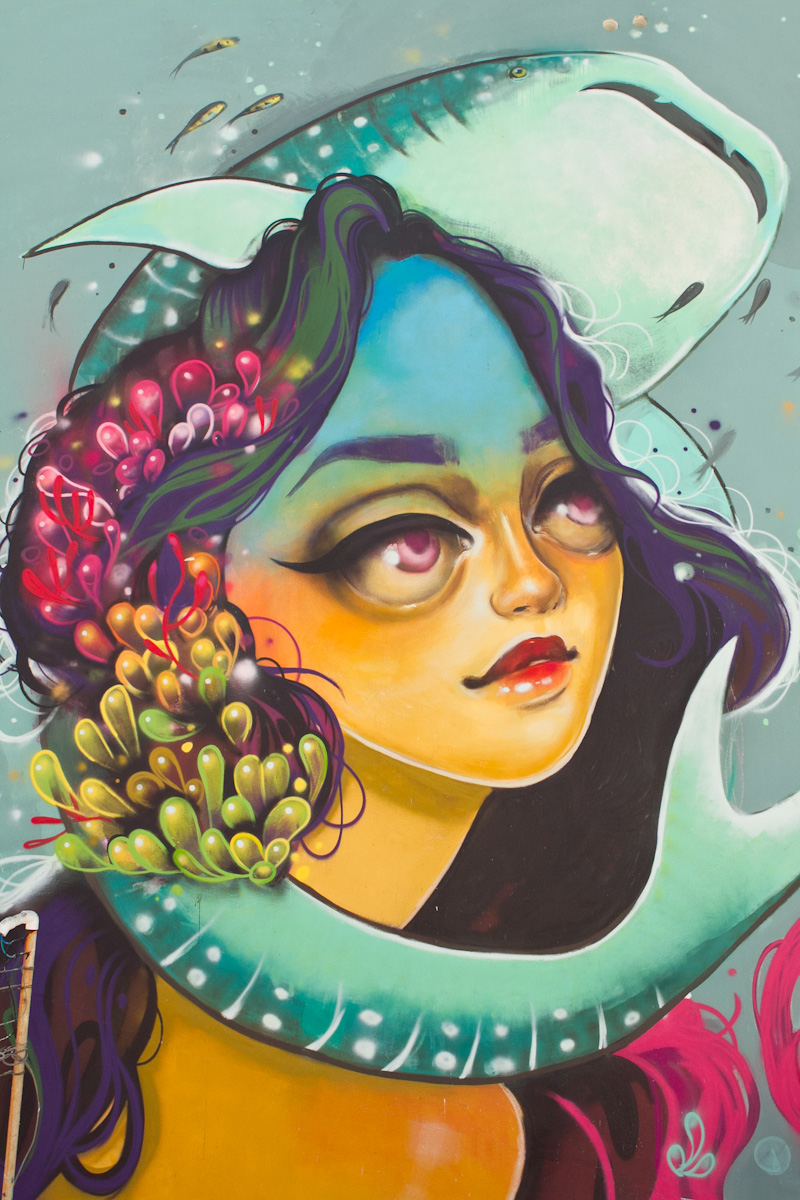 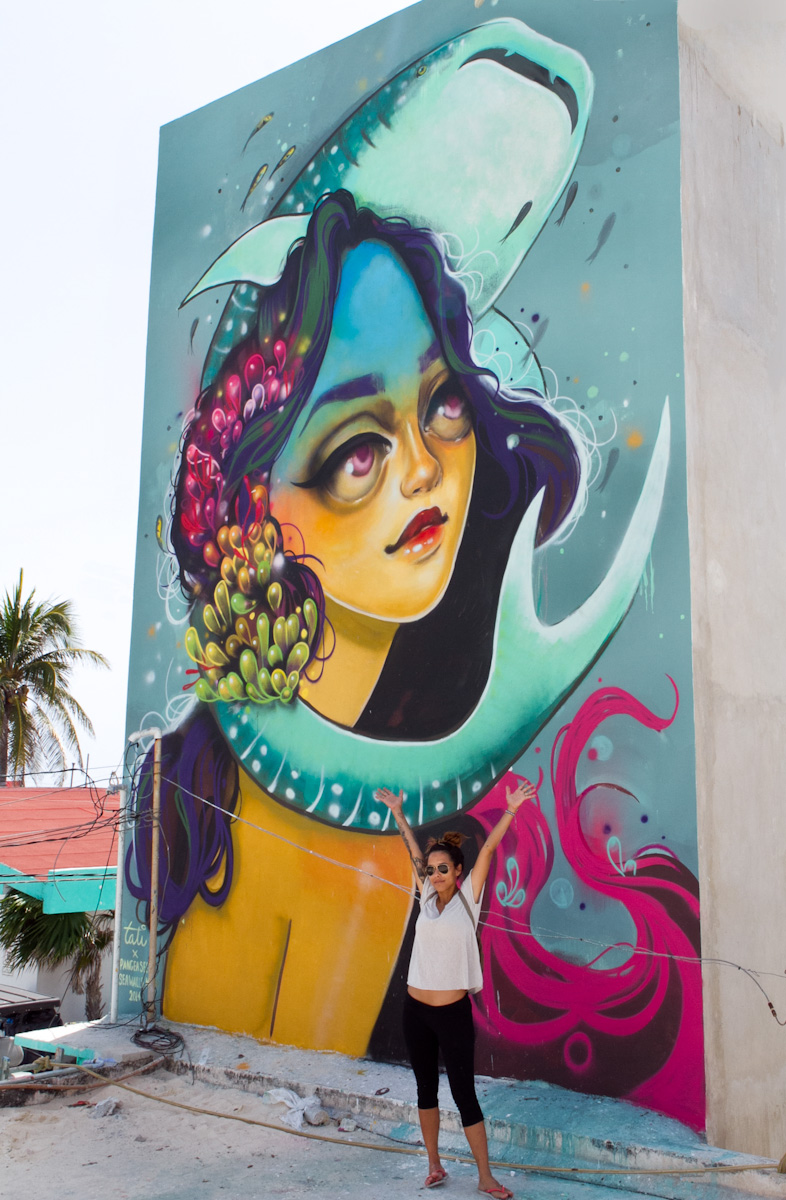 Suarez celebrates escaping the intense sun in front of her finished mural. 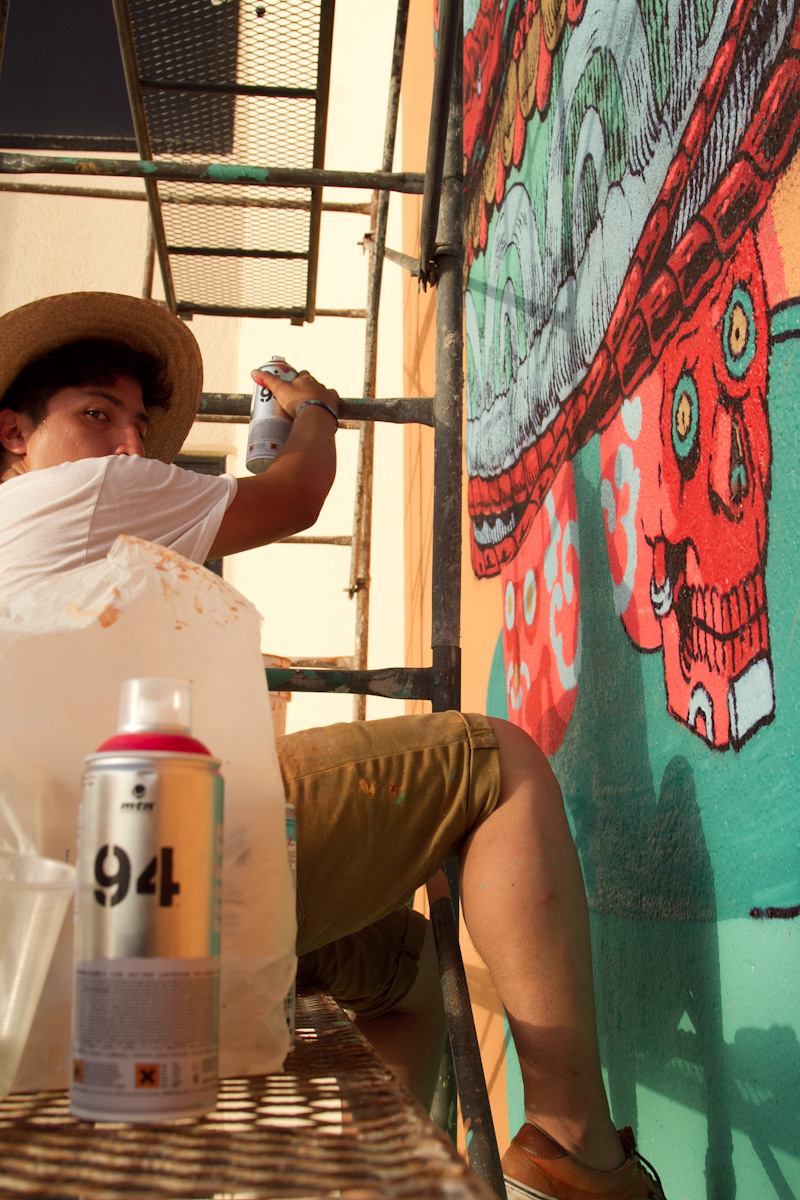 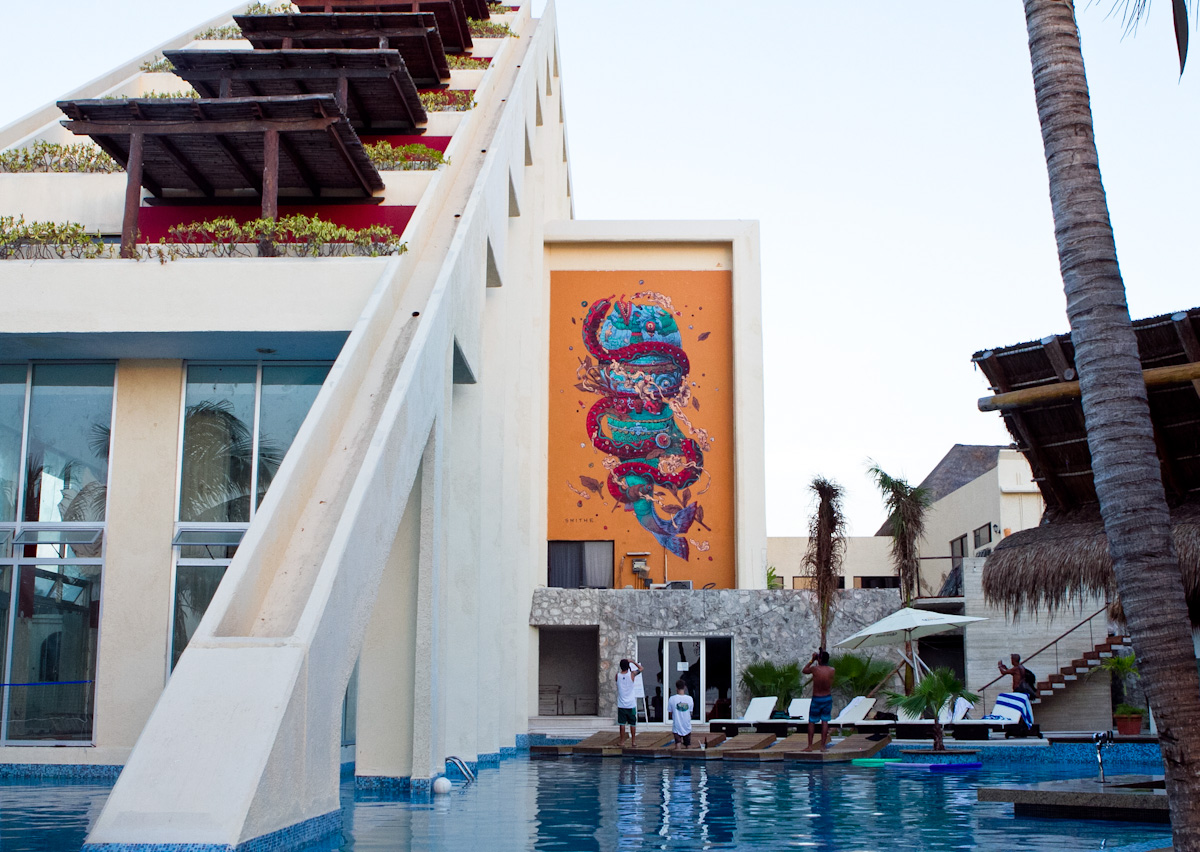 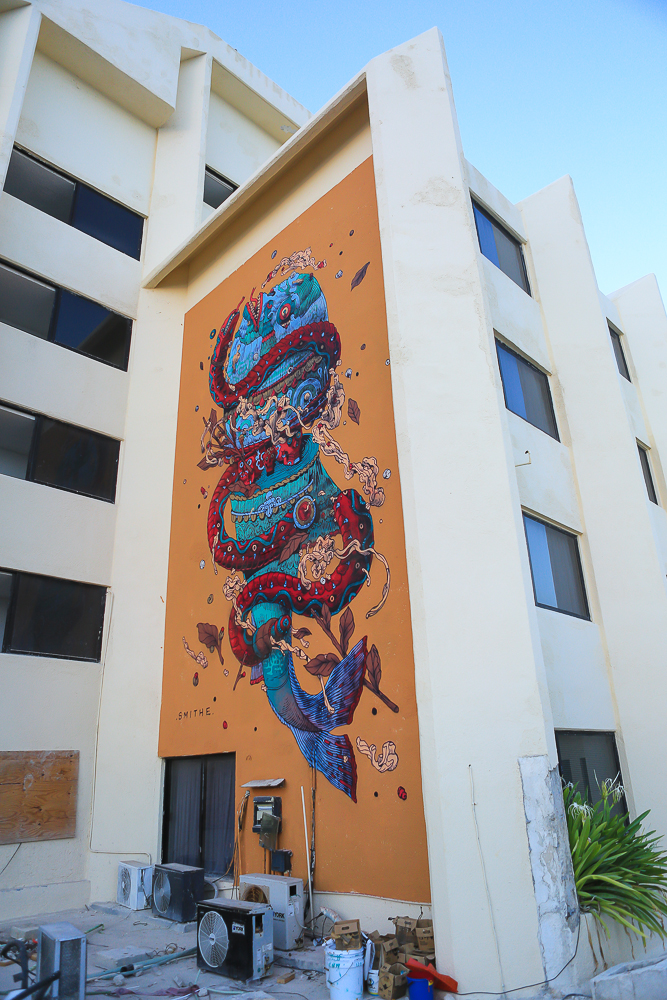 Smithe finished his 5 story mural first on the Hotel Sol. 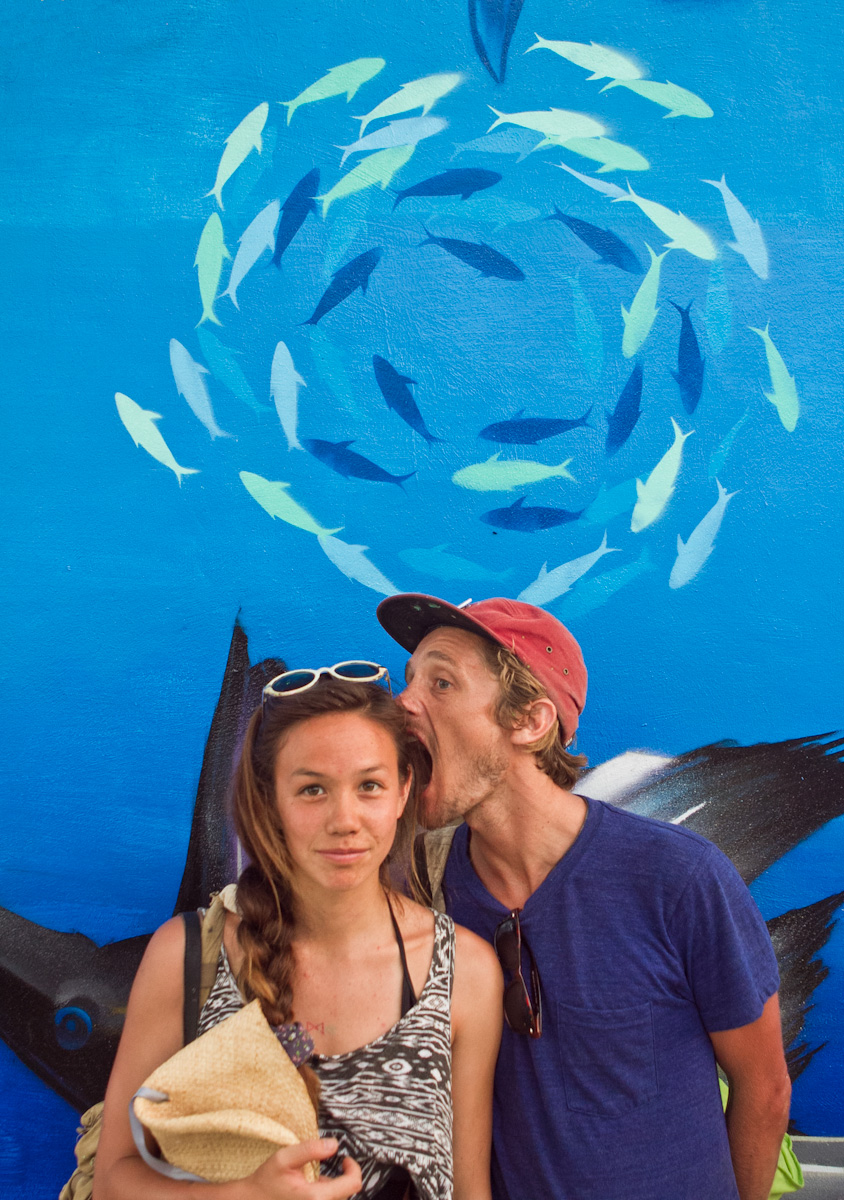 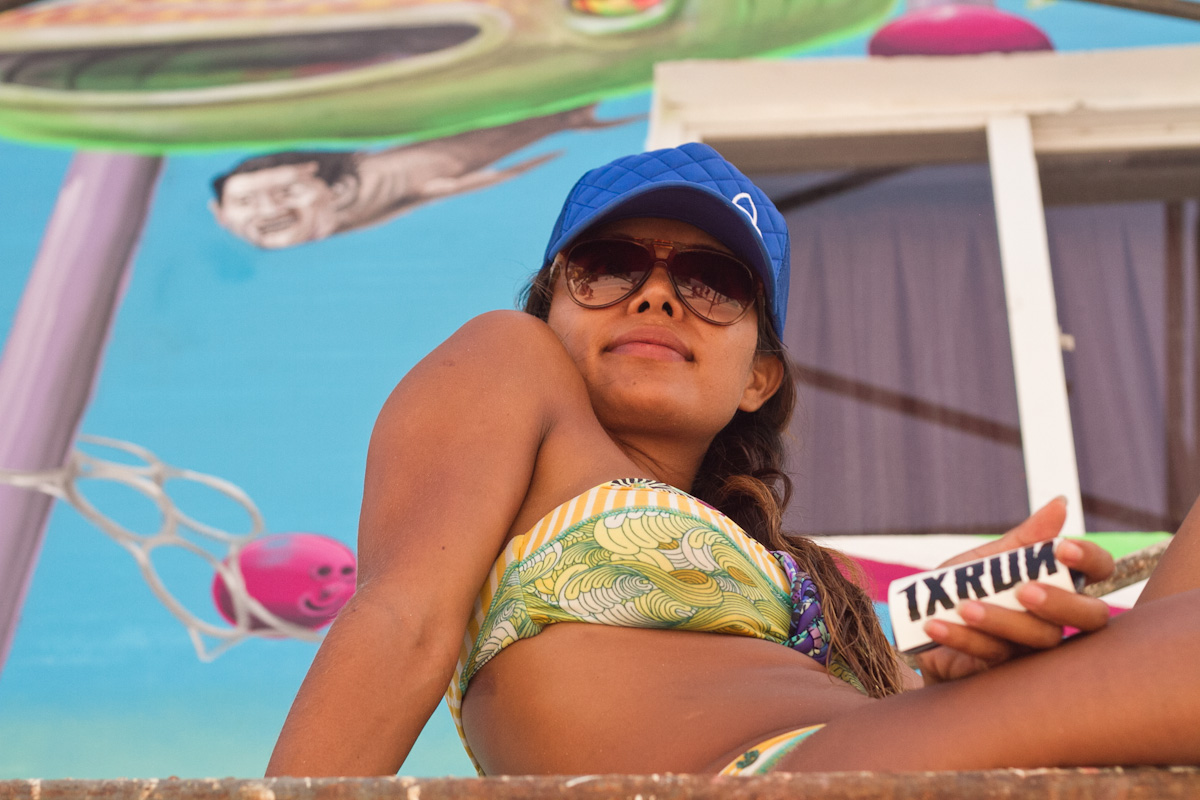 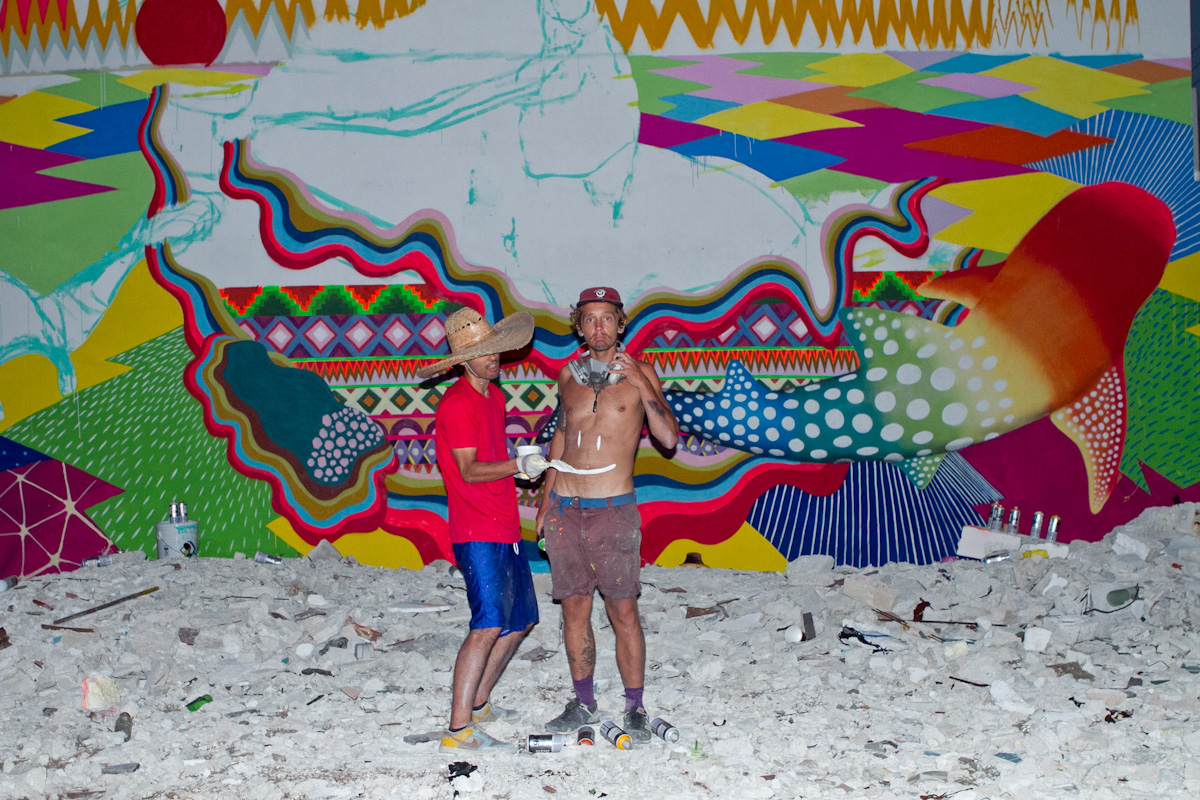 Nagao & Glasson at the end of day one. 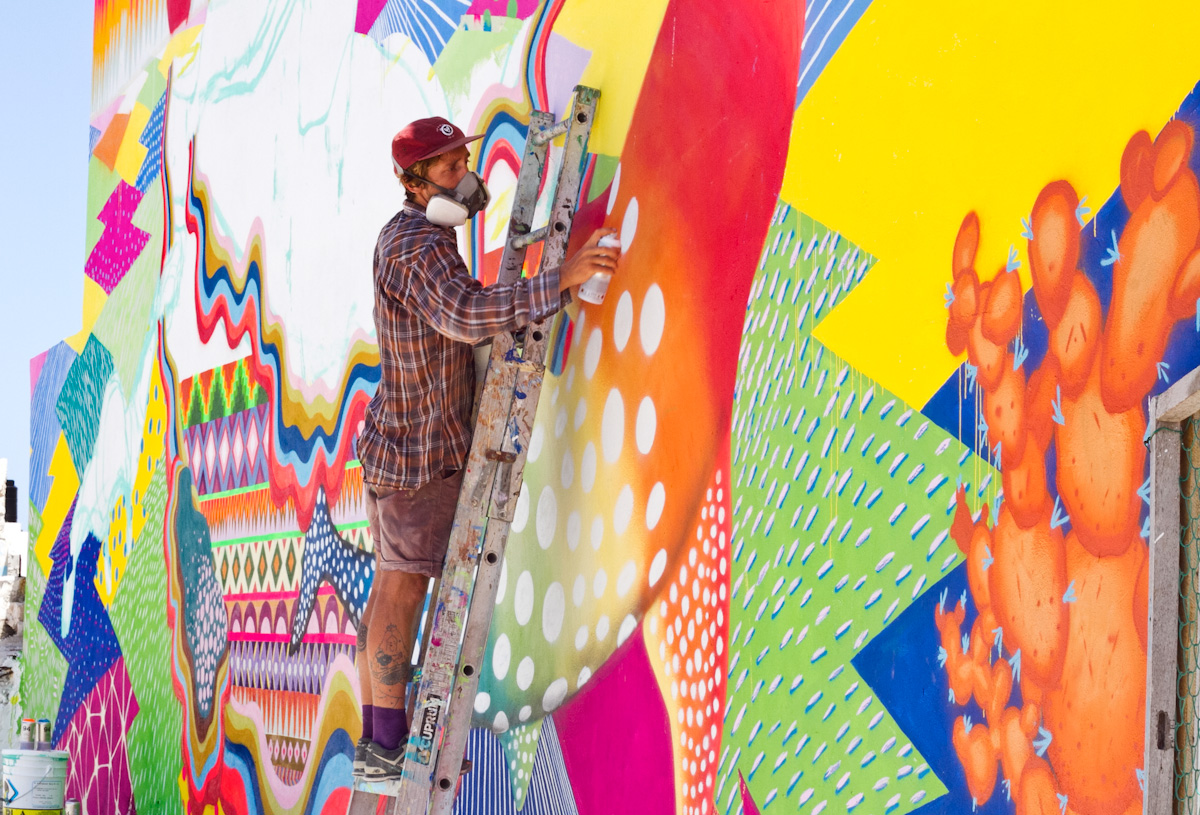 Celeste Byers homage to her grandparents. 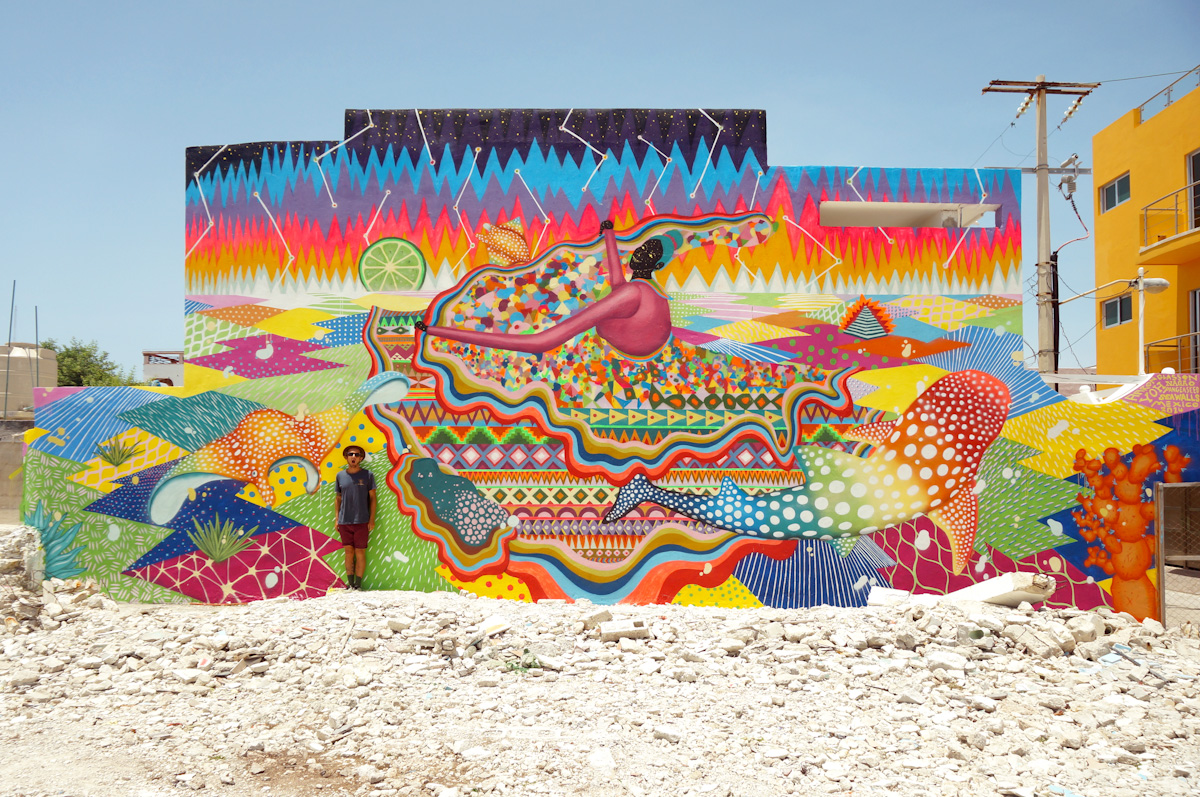 Glasson screaming for joy in what has to be the loudest mural on the island by far. 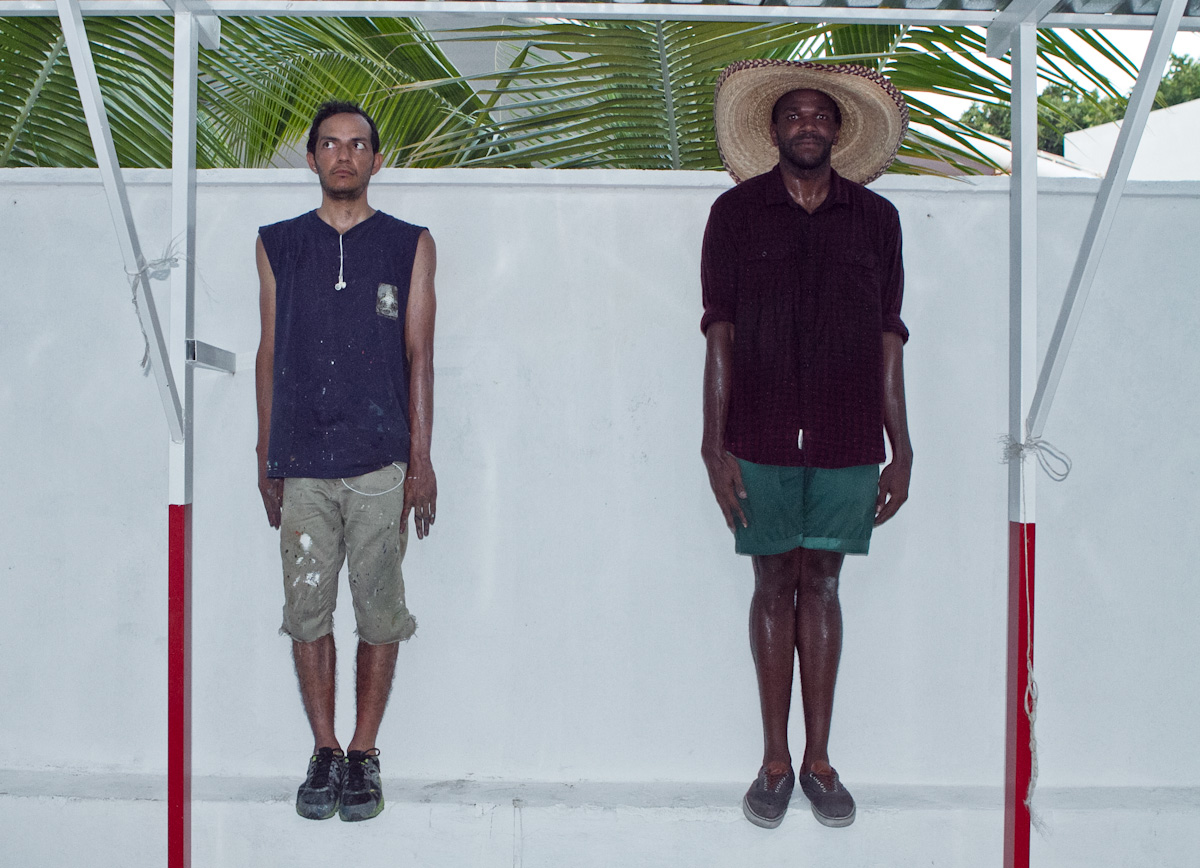 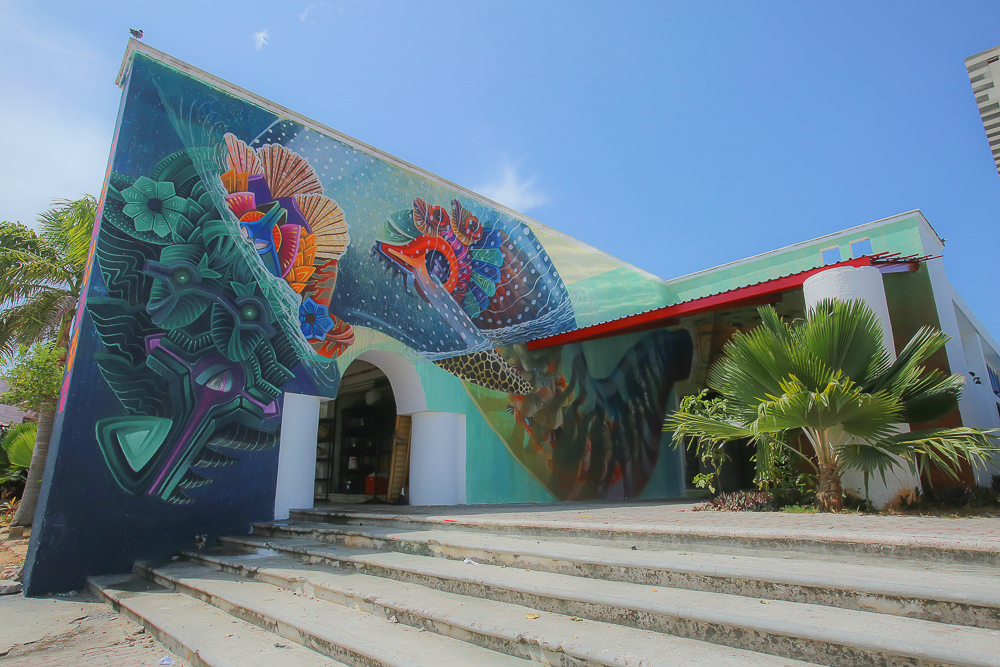 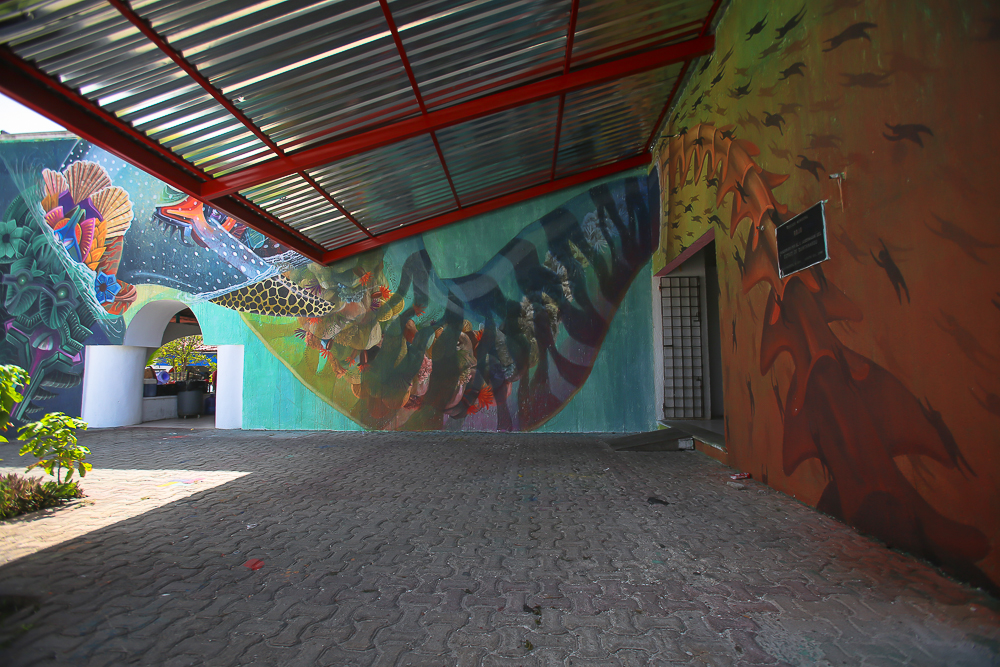 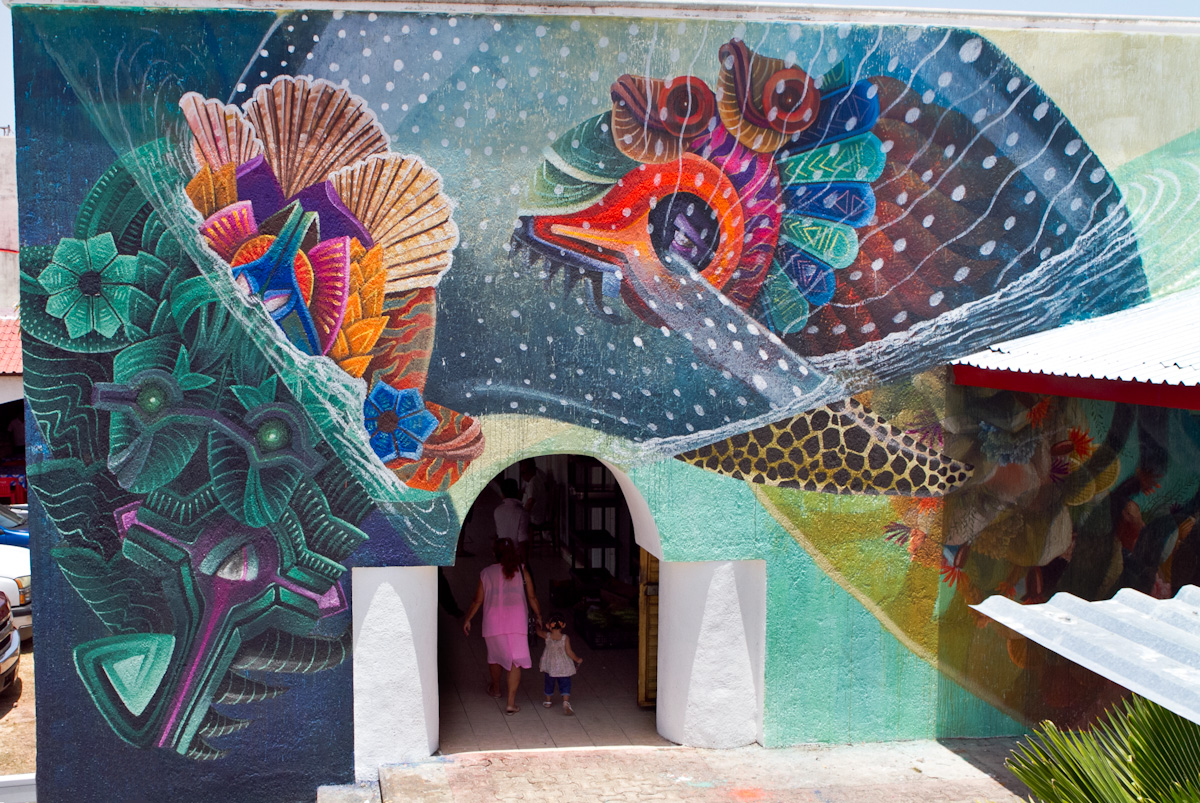 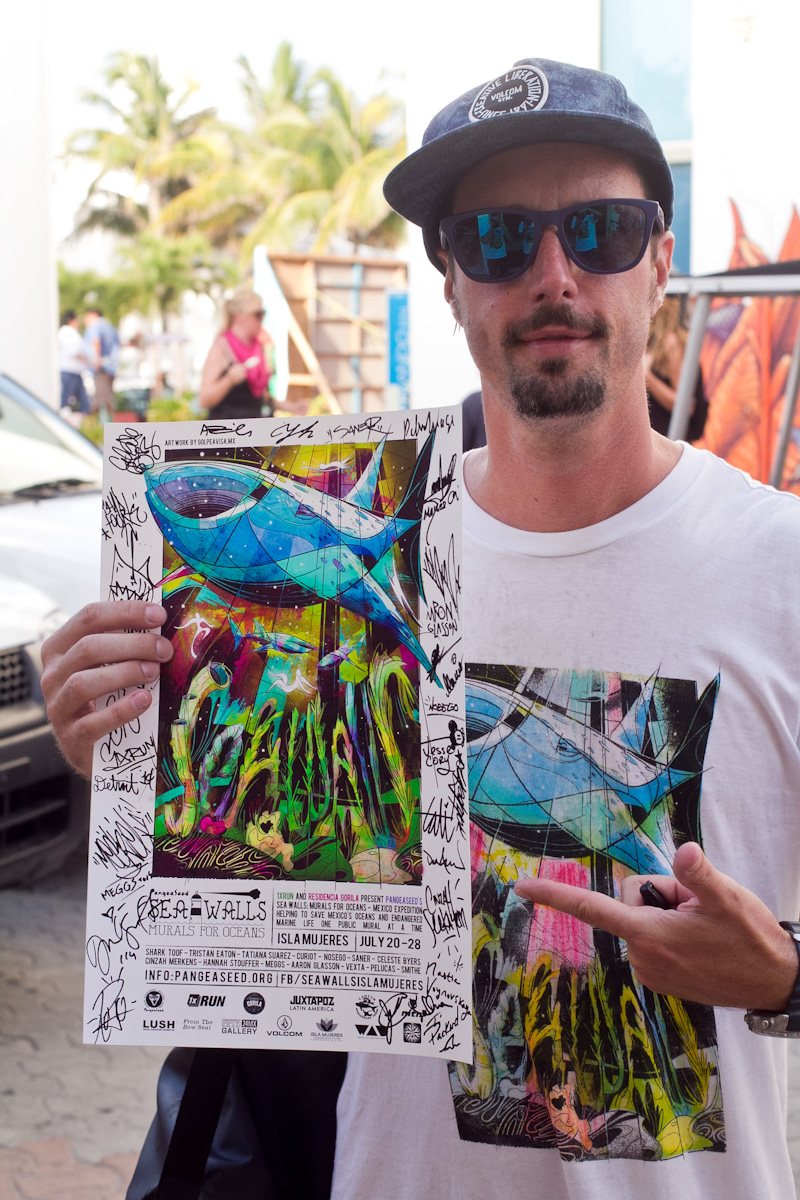 Tre Packard founder of PangeaSeed with a signed poster of the very first annual SeaWalls.
In partnership with non-profit ocean activists PangeaSeed, the team at SeaWalls assembled a small army of painters, photographers and art co-ops such as Residencia Gorilla & World Art Destinations (W.A.D.) to help generate awareness for our oceans.

SeaWalls mission is to make global issues such as overfishing and ocean pollution relevant, and increase awareness of these issues through art. The idea was started by PangeaSeed founder and director Tre Packard, who coined the term”artivism.”  A non-profit based in Hawaii, Packard and his team at PangeaSeed harness the enthusiasm generated with artist’s murals, prints and studio works to help raise awareness for our slowly depleting oceans and sea life.

To find out more on how you can purchase art that will help save our oceans please visit the Pangea Seed/1xRUN Archive Access to check out work from artists around the globe!

Make sure to visit PangeaSeed for all of your questions on whale sharks and other Sea Life threats.