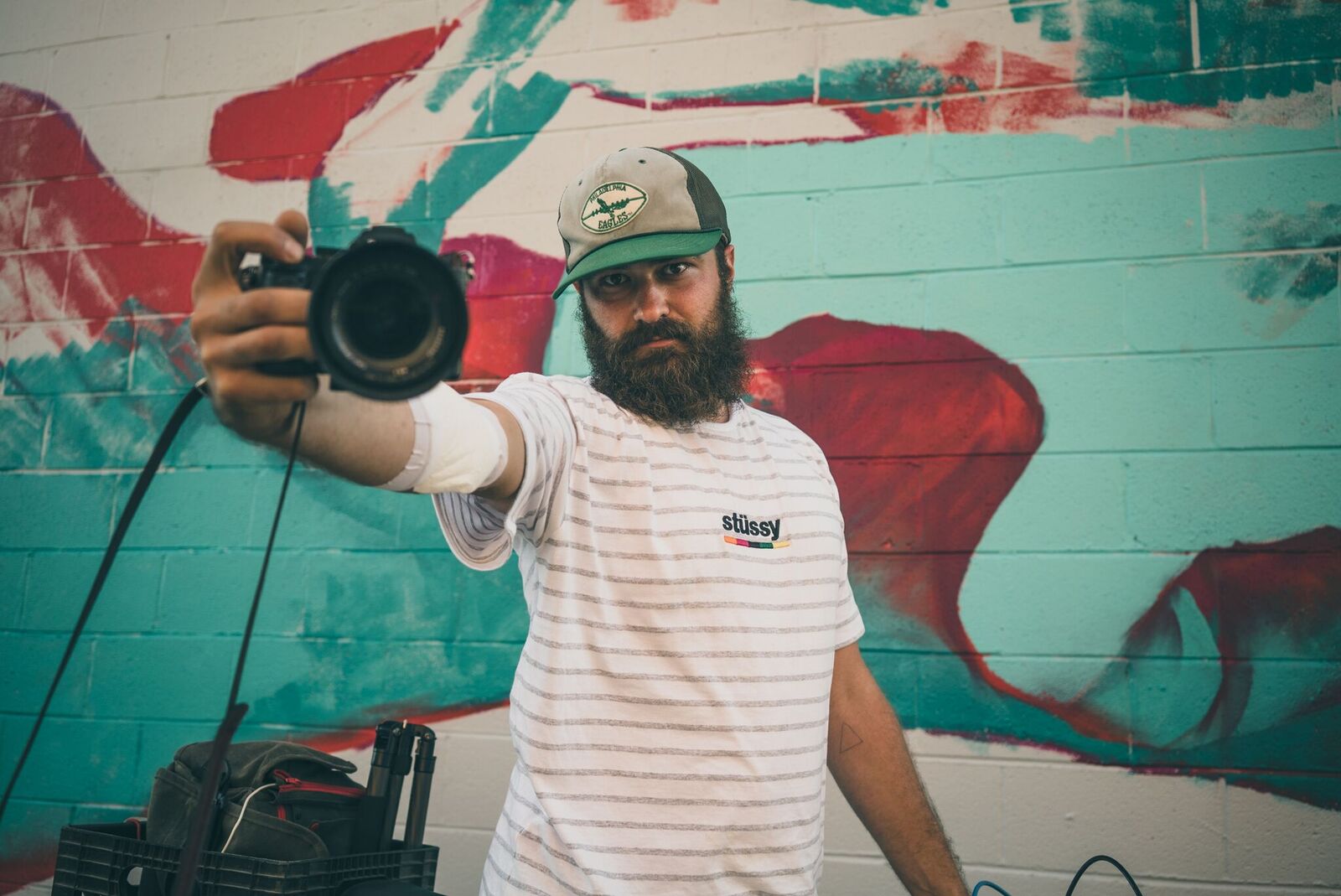 “I took 1254 photographs in Detroit, and for the first time, likely ever, I tried to also concentrate on people, not just walls and the paint being applied to said walls. I can honestly say I was inspired by the other the photographers who were brought to Murals In The Market this year. From legendary photojournalists to up and coming masters, I was surrounded by people who do something similar to me, but not quite the same. Watching slideshows by Janette Beckman and Ricky Powell made me realize that I am in the middle of a culture that is as ephemeral as the art it’s creating. From that mentality I chose 24 photos from my time spent in Detroit for Murals In The Market. I call them portraits…” – Daniel Weintraub aka @halopigg 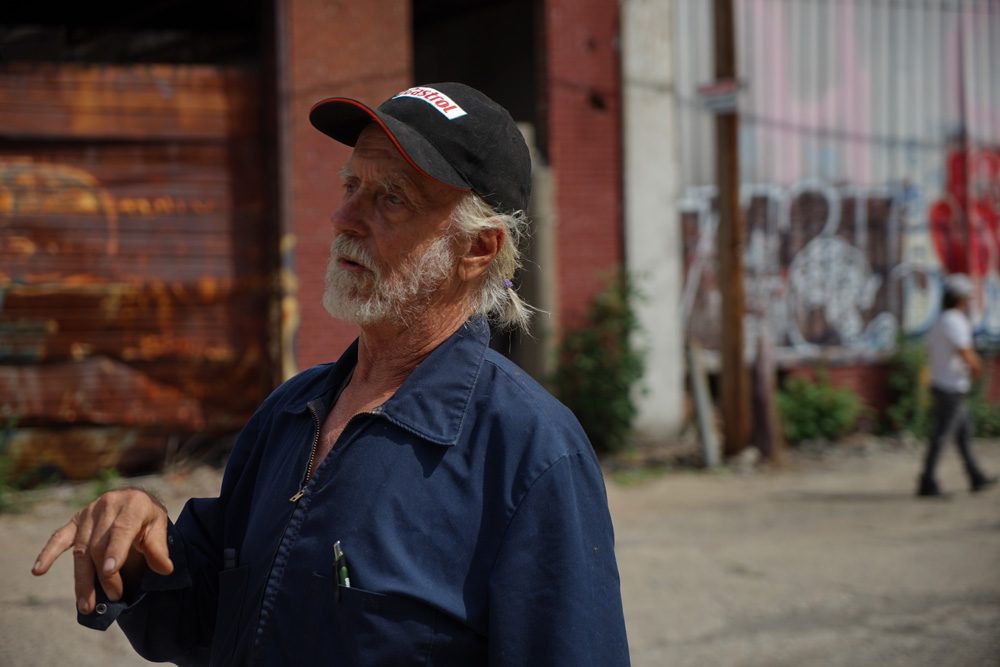 On the first day of the festival all the artists were given a tour by 1xRUN c0-founder and Detroit native Jesse Cory. This is a photograph of the dude that oversees the Packard Plant, he gave half the group a speech about the history of the plant as the other half of the group snuck off and did things they were asked not to. 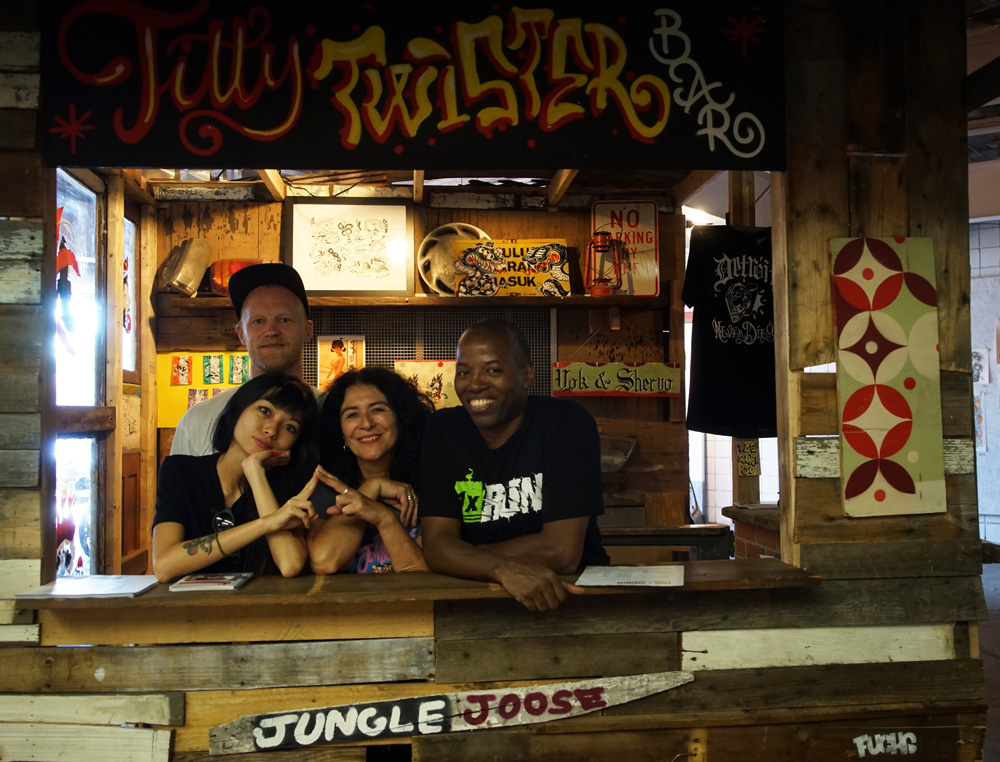 When legendary photographer Janette Beckman asks you to take a photograph you better use manual settings. I was lucky enough to be surrounded by photographers of all types on this trip. Janette has taken loads of famous portraits over the years and it was an honor to get her stamp of approval on this one, even if she did credit @halopig with the photo ;-) 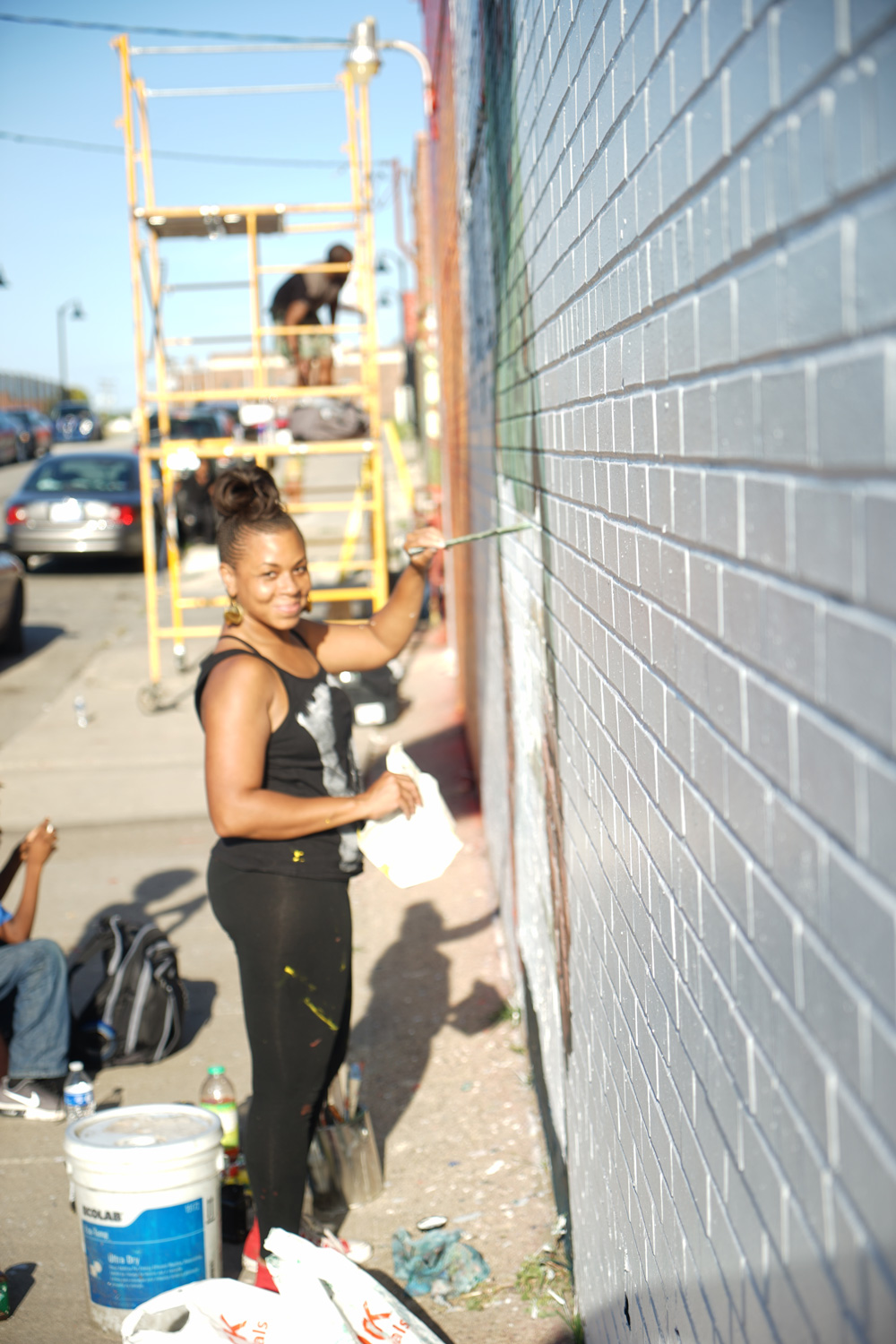 Sydney James is one of my favorite Detroiters. I was lucky enough to catch her smile with just the right amount of blur. 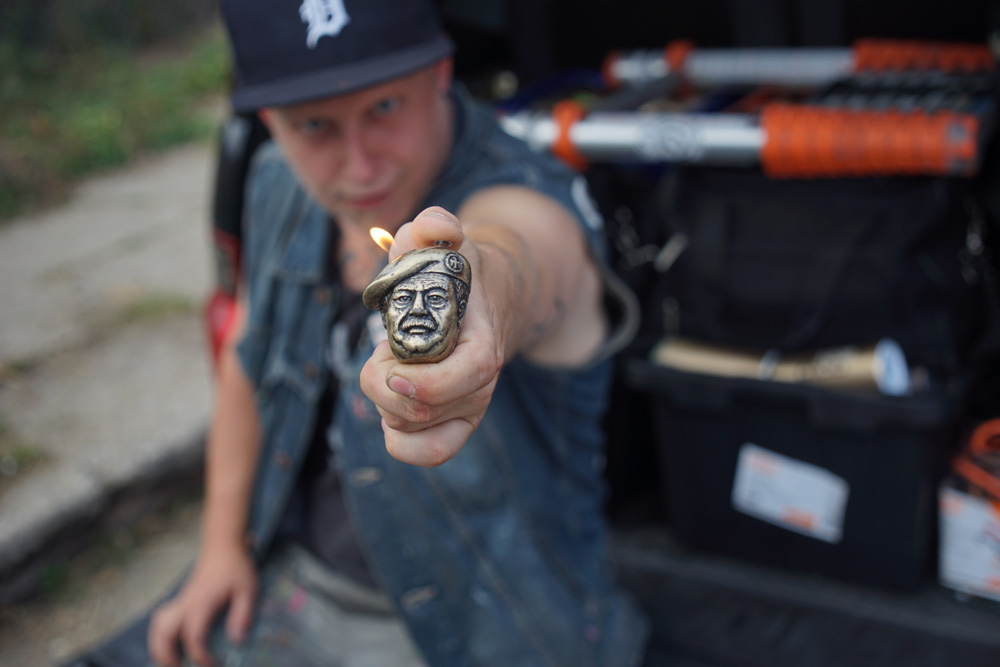 Detroit legend Ghostbeard flexin’ with the Saddam Hussein lighter. My camera flexing on the macro settings. 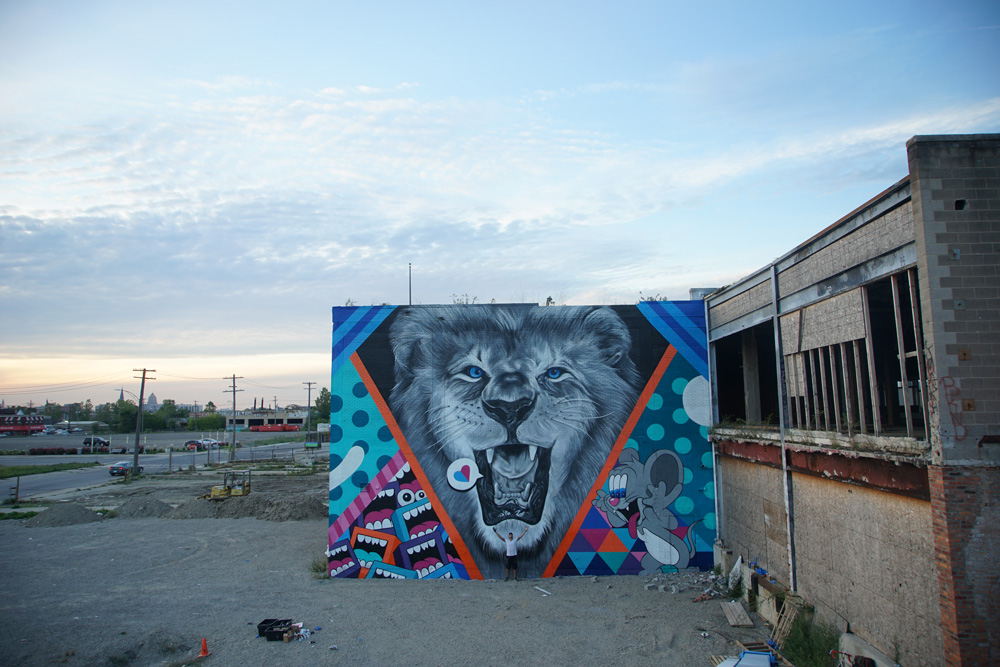 Don’t let Greg Mike’s double first name fool you, he is a man that can be trusted. 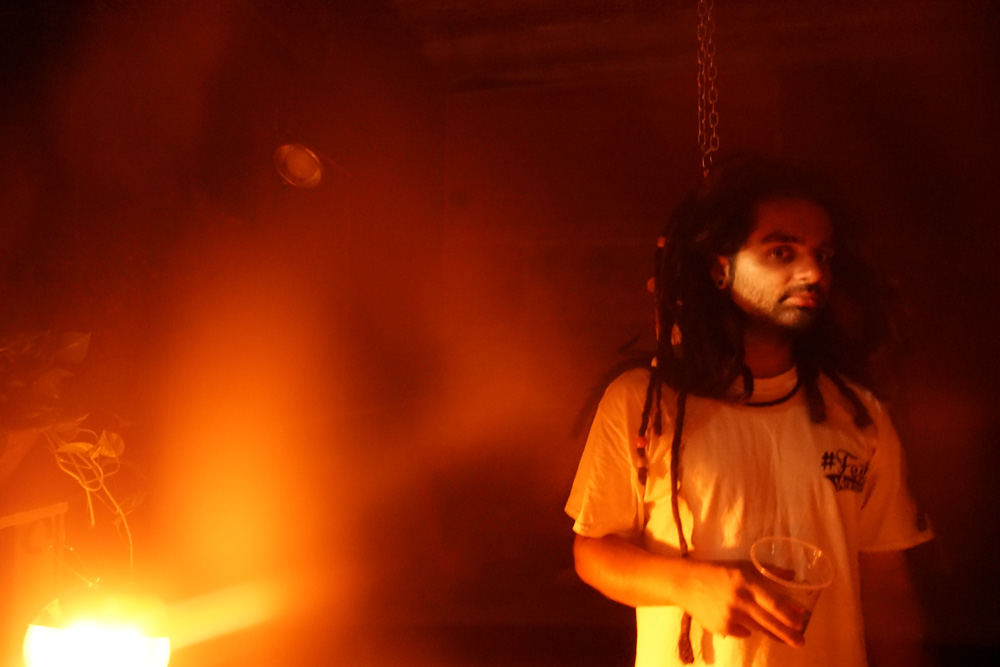 Emad Rashidi takes amazing portraits, this is me being a bootleg version of him. 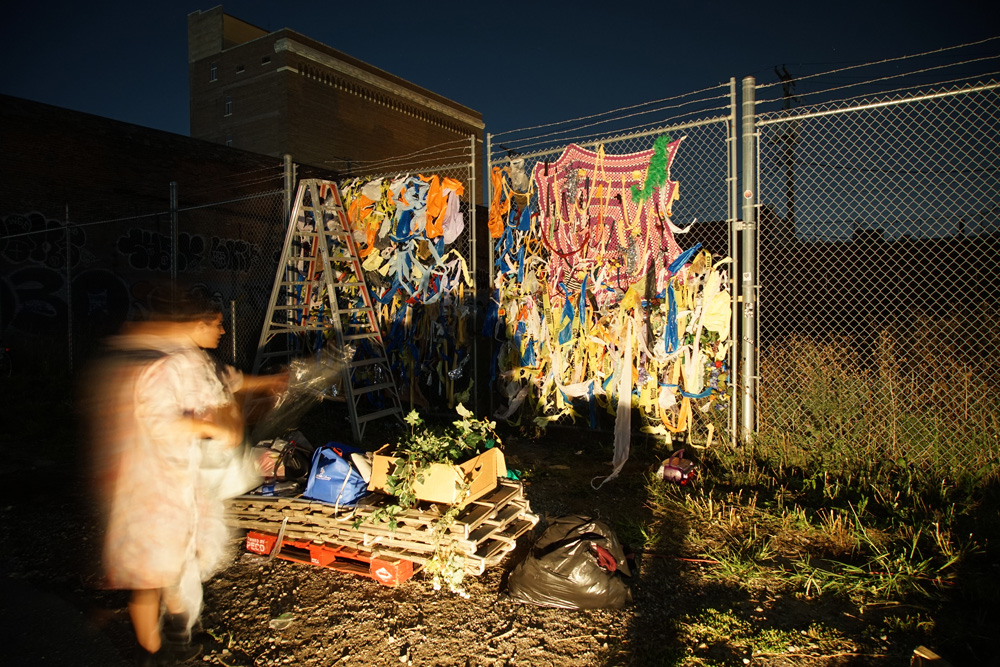 It took me so long to get this shot of Dessi Terzieva that she thought I was taking video. Night photography is super new to me, especially with only having a good tripod for a few weeks now. Feel free to email easy pointers to halopiggart@gmail.com. 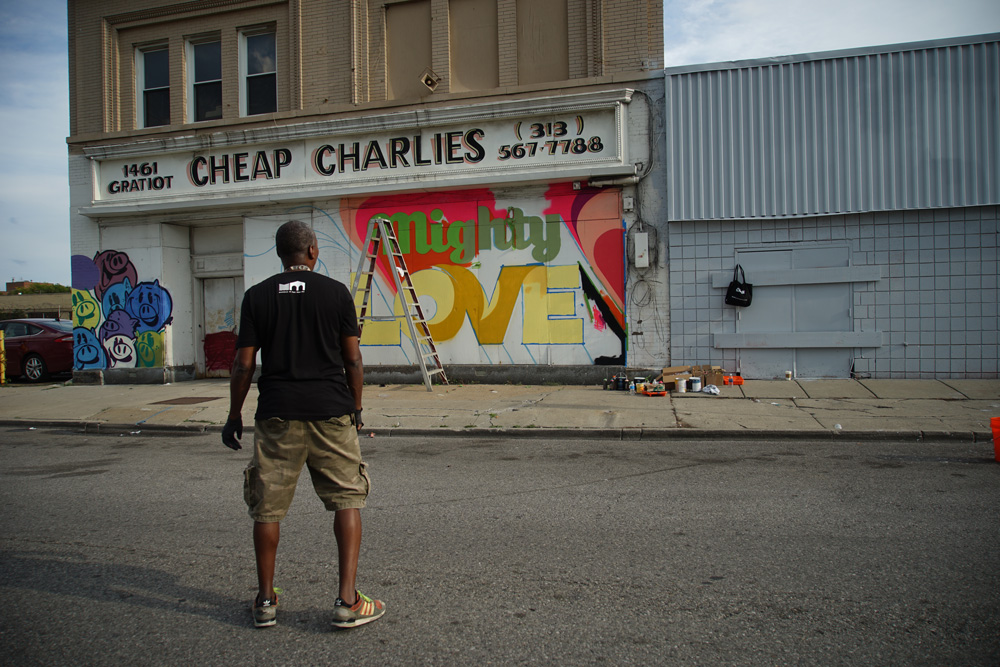 Some people look cool in pretty much any situation, I think Cey Adams may be one of those people. 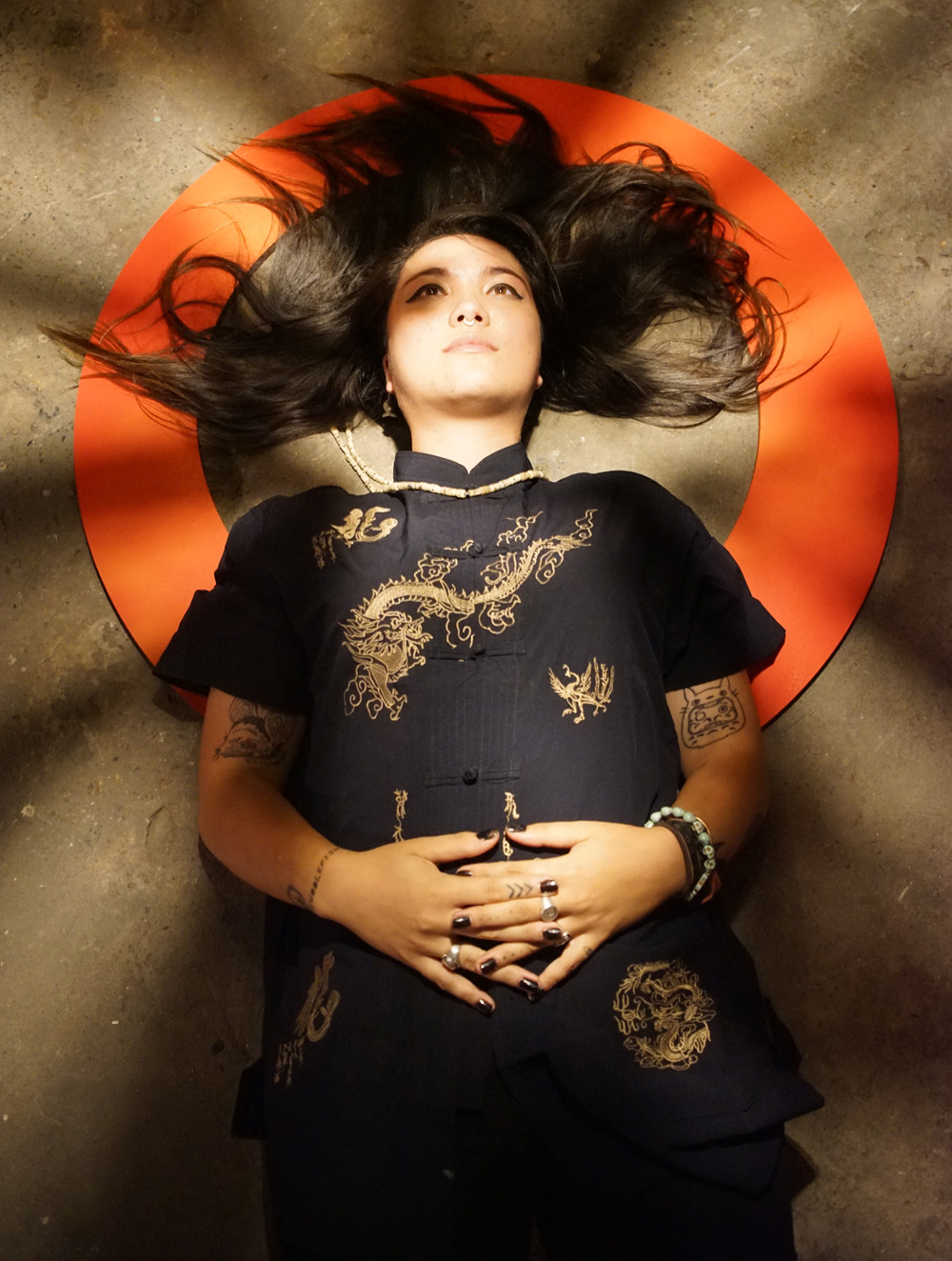 On my camera there is this automatic handheld night shot setting where if I take 50 pics I get 10 that suck, 35 that are okay, and 5 gems, this is one of those gems. 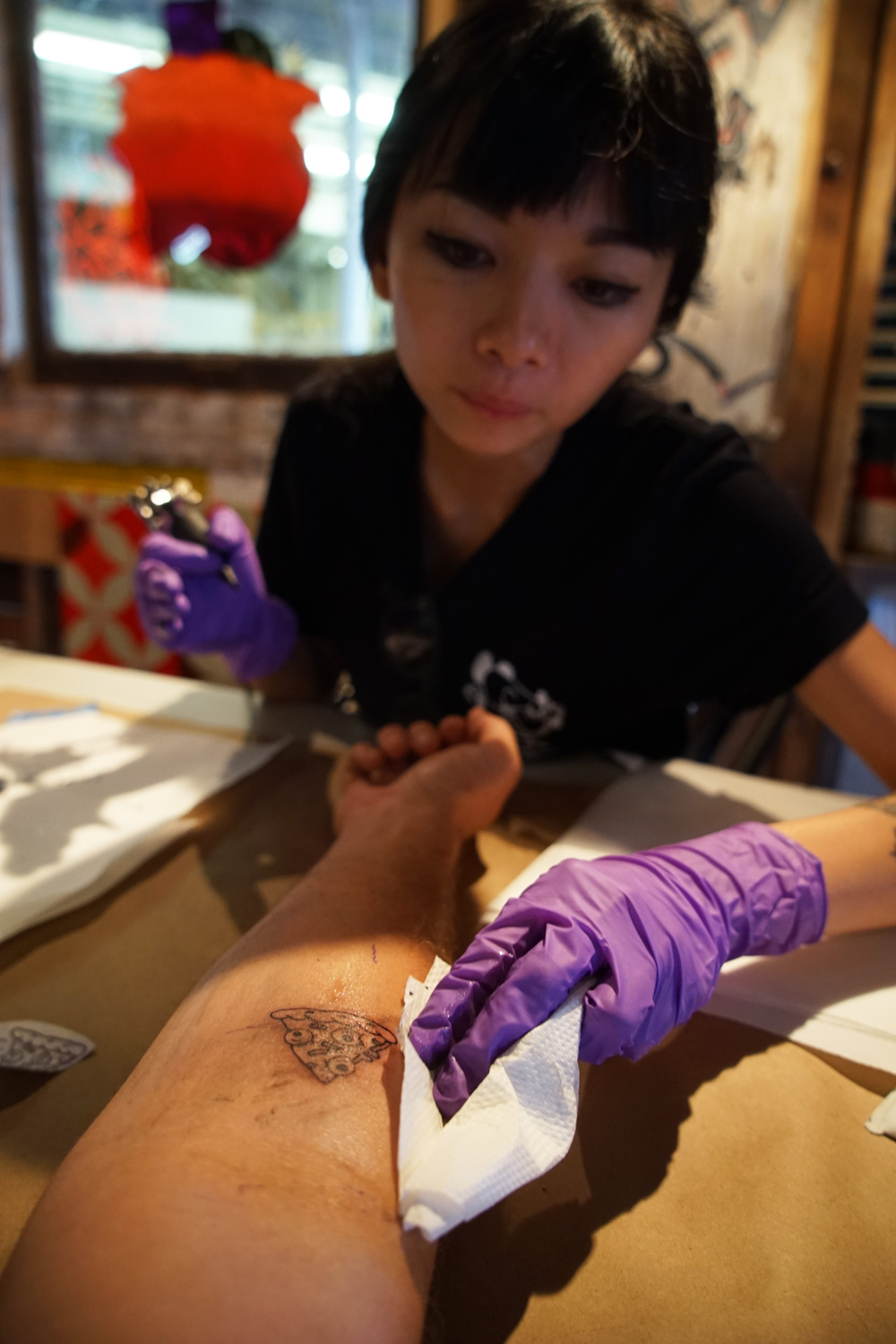 Sheryo and my arm

I’ve only gotten two tattoos in my life, both have been super spur of the moment each at a different mural festival. I got a pizza tattoo because I figure if there is ever a point in my life where I don’t like pizza I might as well be dead. 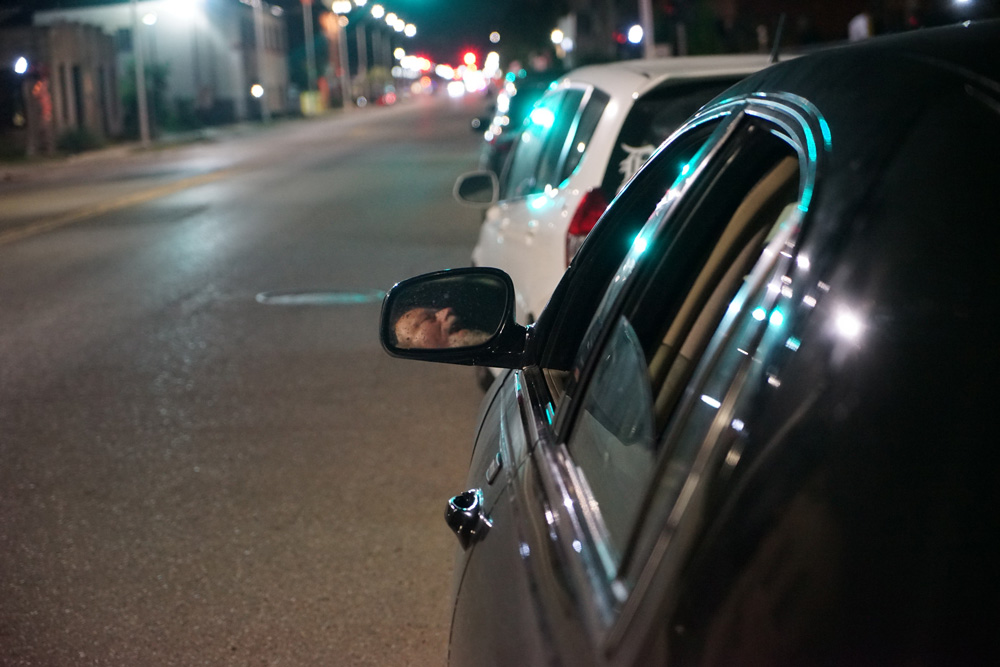 This guy was assed out in his taxi, someone told me to take a picture so I did. 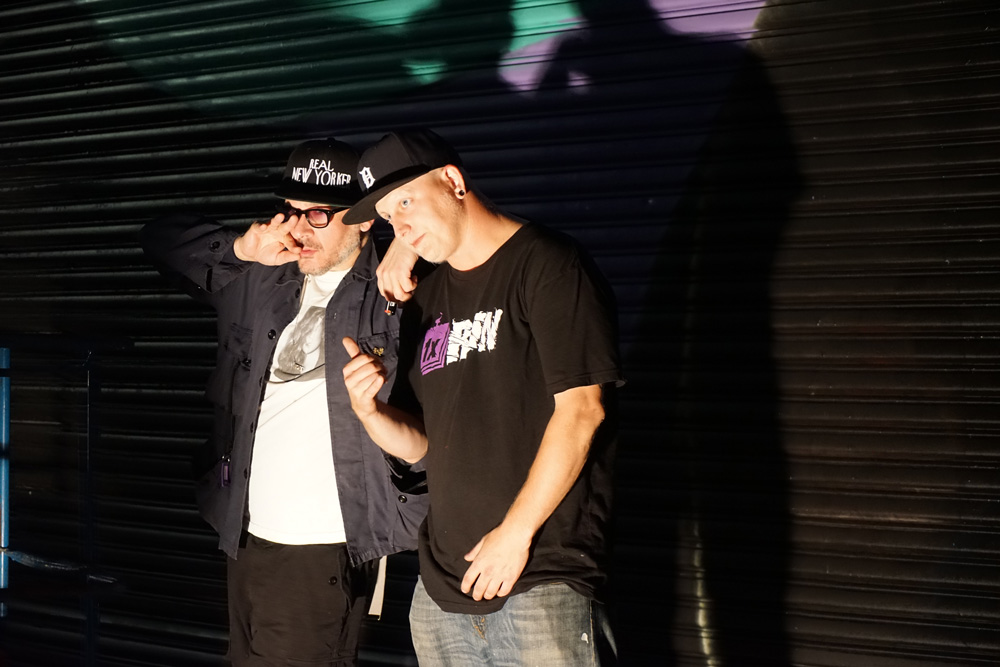 Rickey Powell and Ghostbeard were posing for someone else, I took the photo anyway. To every photographer I’ve done this to over the years, thanks. 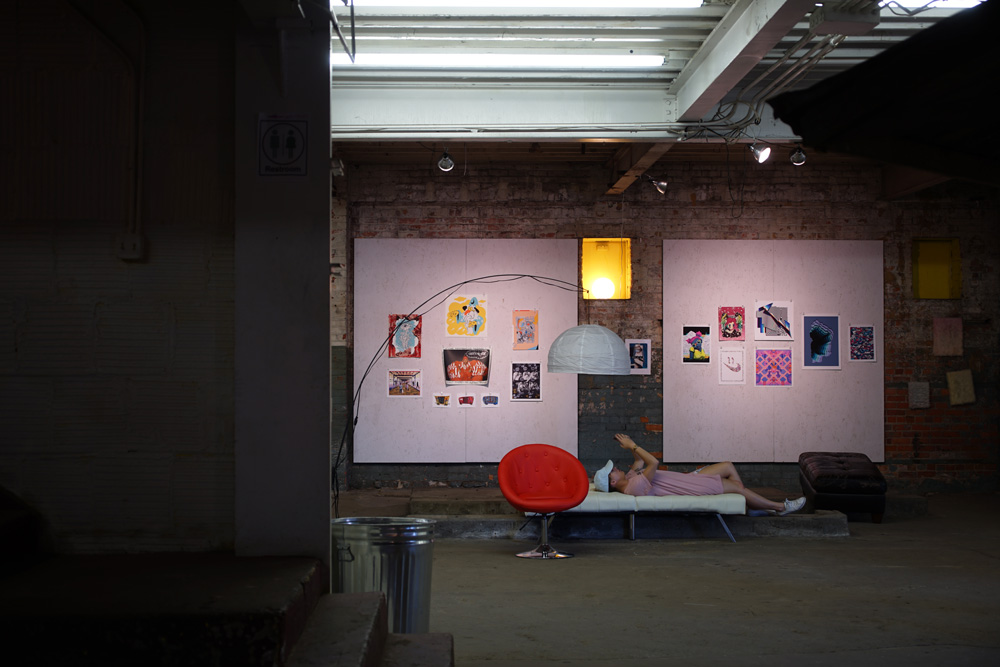 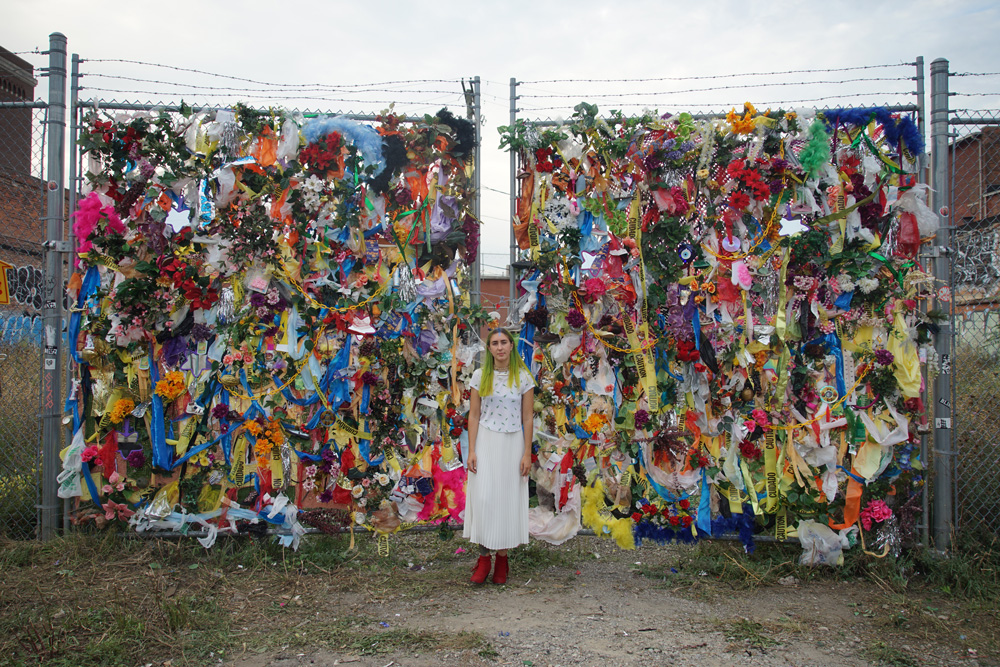 Lala Abadon obliged me when I asked her to pose in front of Dessi Terzieva and Paula Schubatis’ installation. I’m going to try to ask people to take their picture more often. 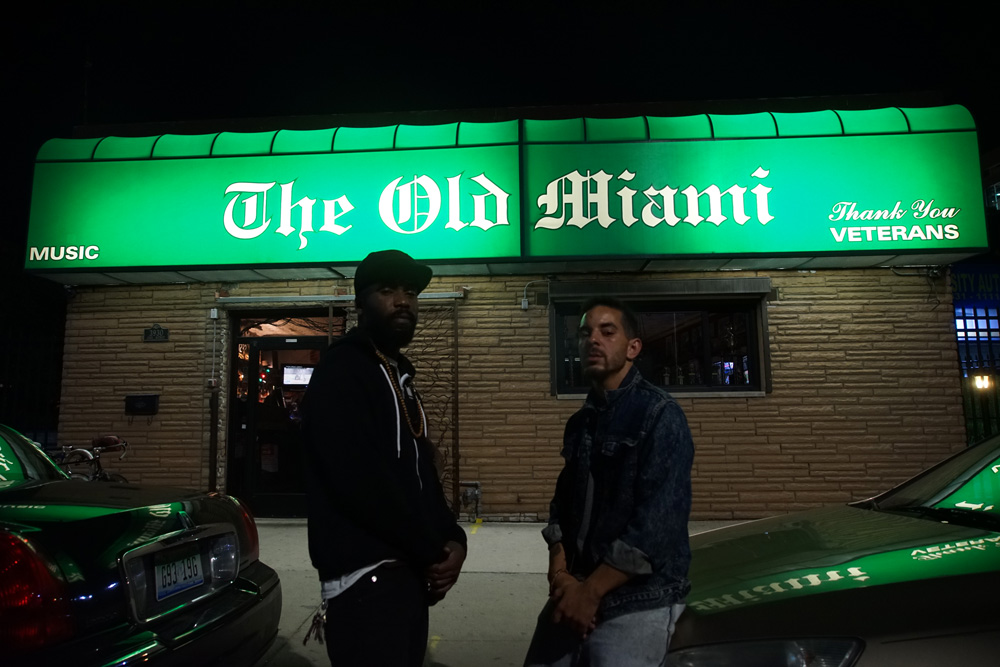 Drummer B and Nic Notion

When Nic Notion asks me to take his picture I always say yes because they come out super sick. One time he even printed one in an edition of 2 from the 1xRun printer, it was dope. 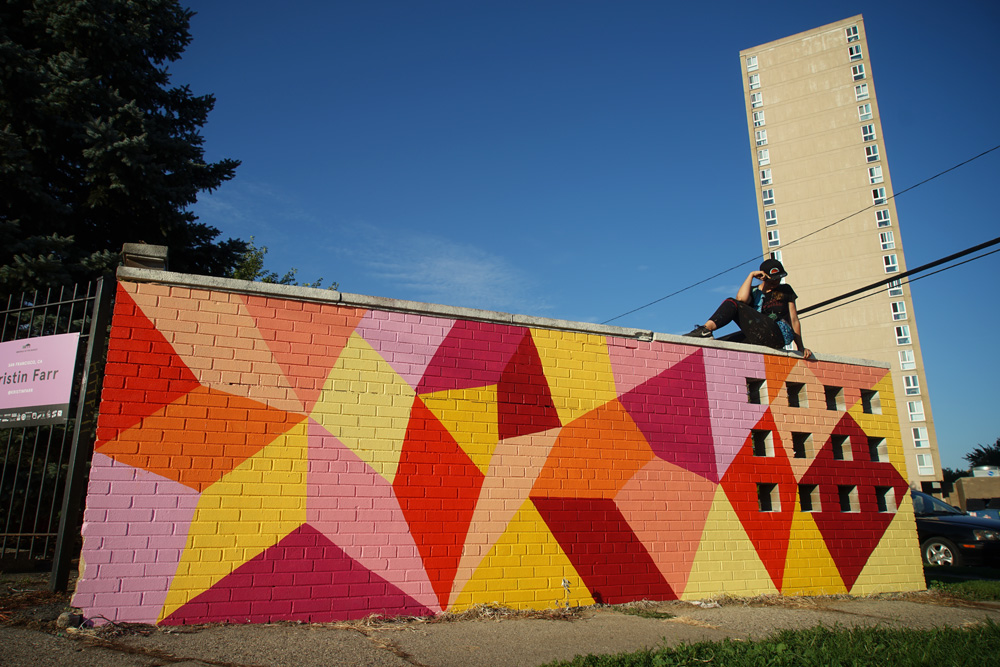 Kristin Farr wanted a picture to make her look cool, that was easy. 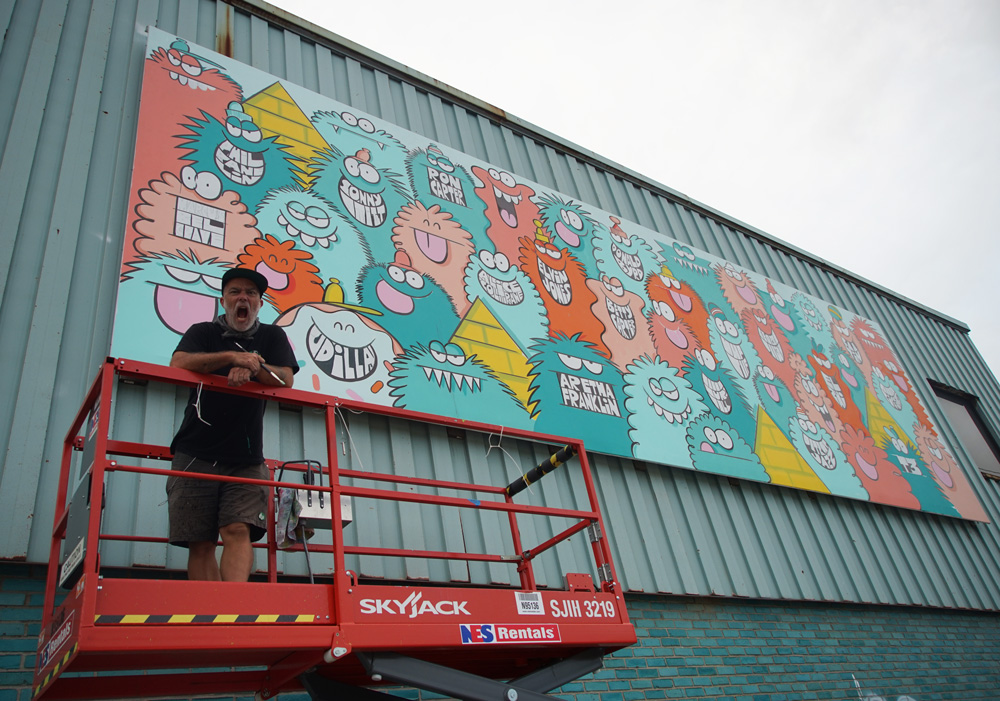 I love that when you take a picture of Kevin Lyons he offers to make the face. 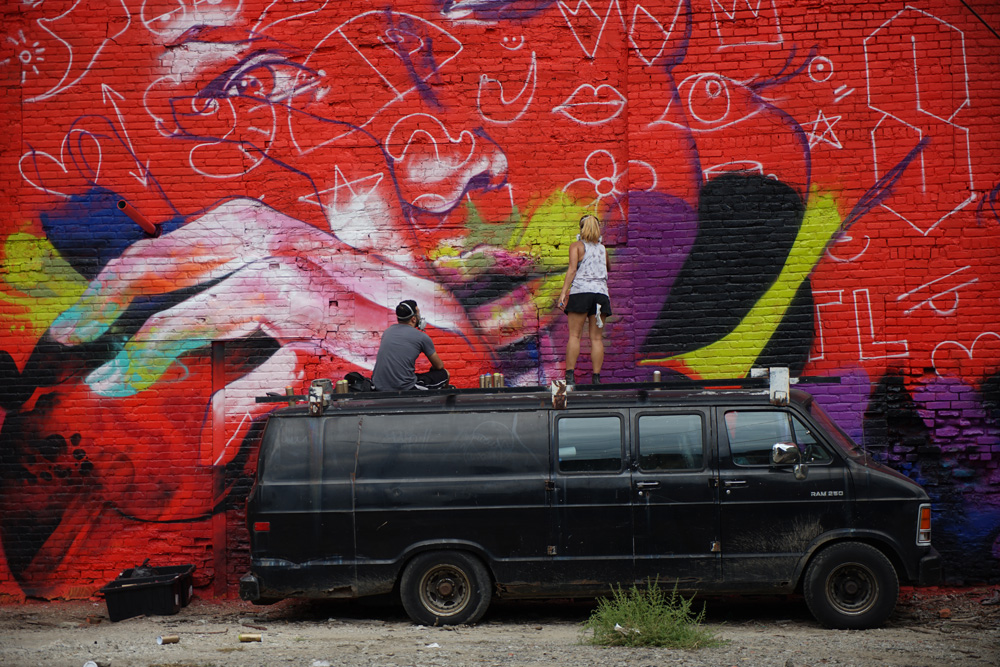 When painters travel they often call it spraycation, the idea is that even on vacation you’re still painting and never really chilling. Hueman and her husband Cyrus have taken it to a new level with their ‘Sprahoneymoon’ which is term I just made up but you get the idea. 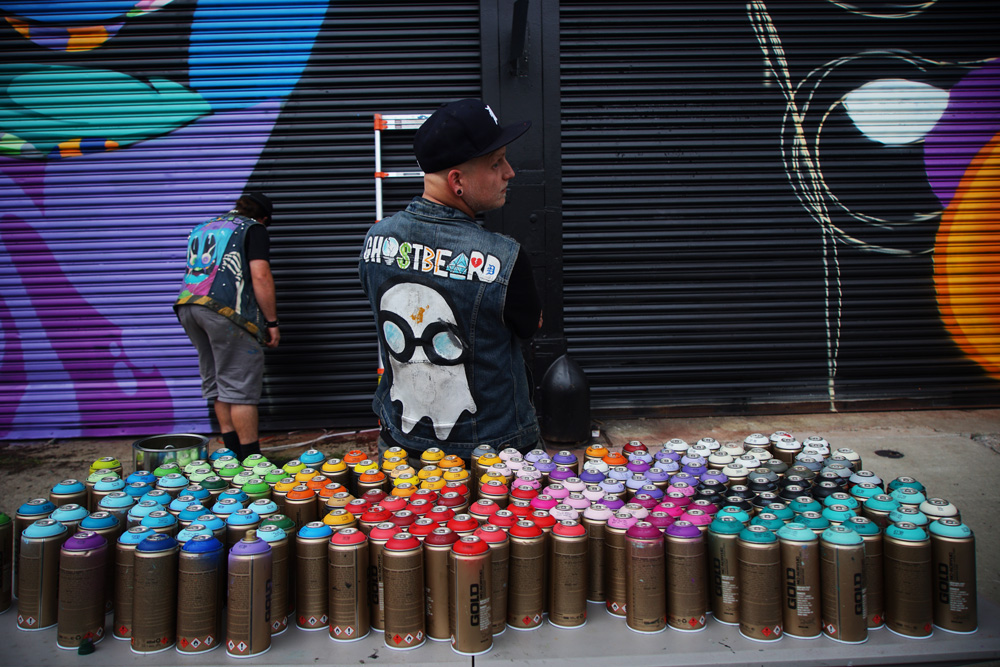 Product placement and two sick vests. What can I say? I try to get reposted by everyone and that includes the various spray paint companies. 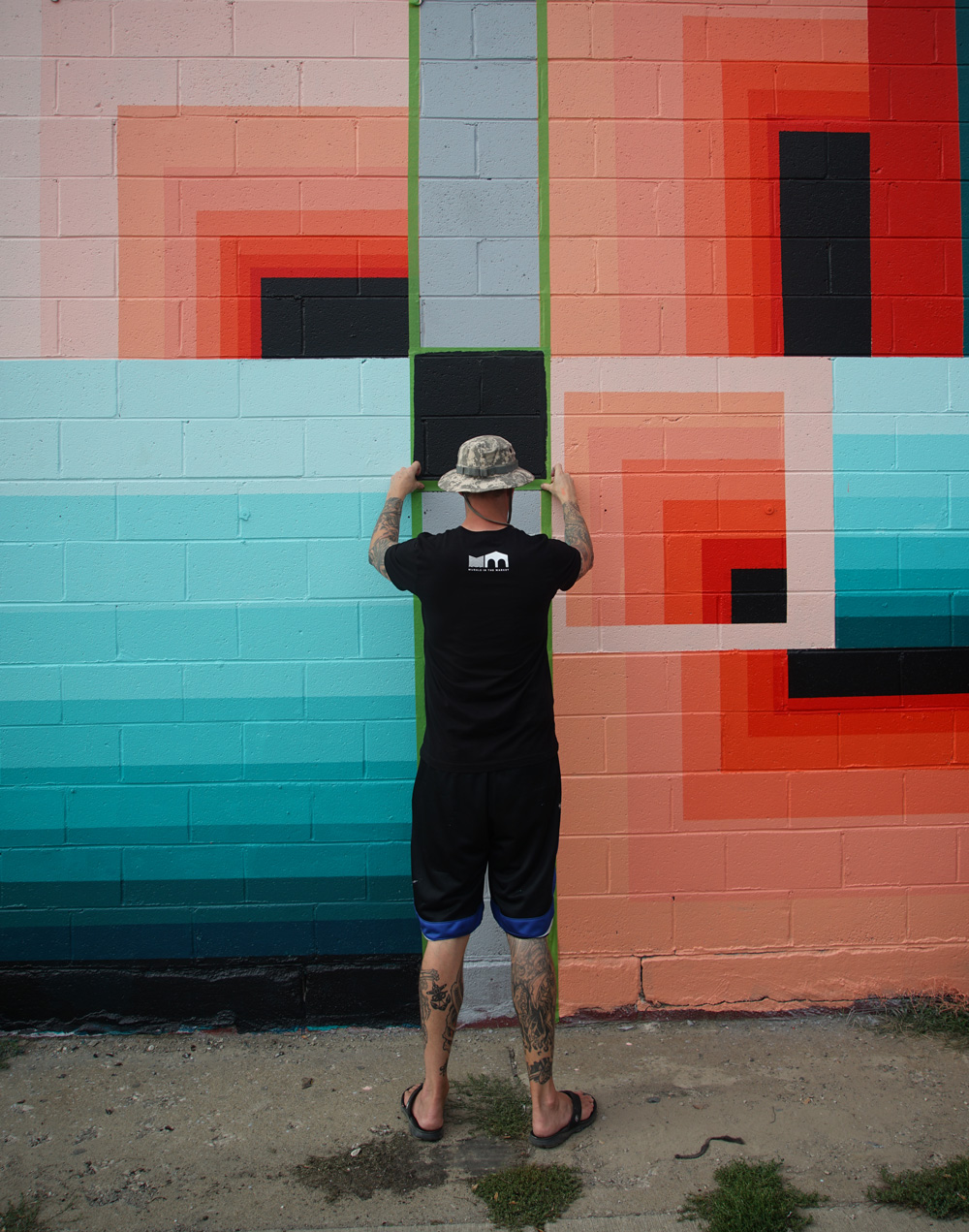 Dalek and me both like math and art, that is apparent in both his mural and my edit of this photograph. 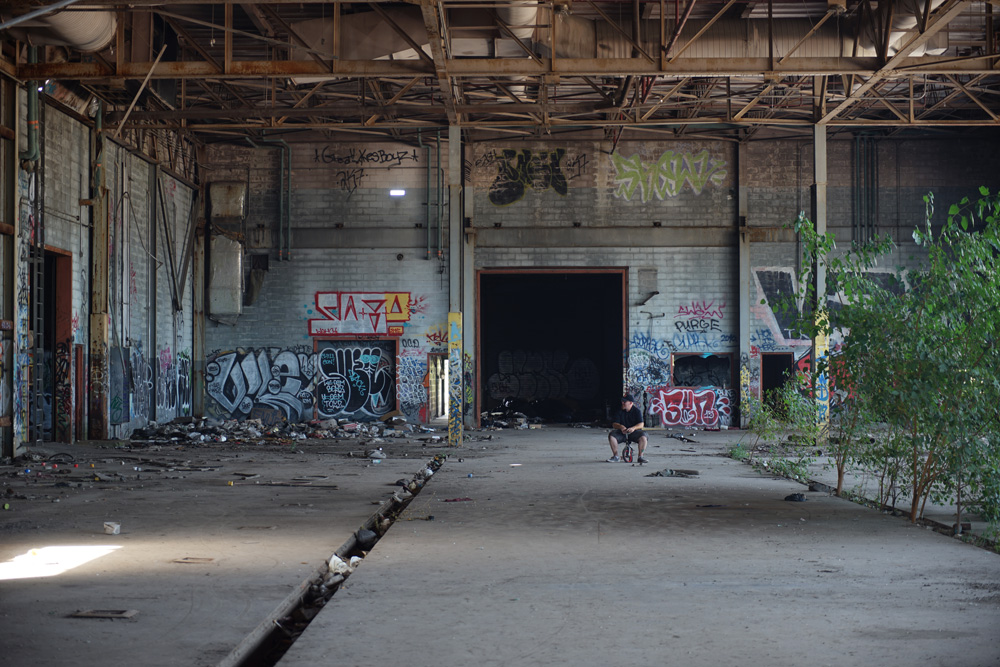 My homie Andrew Hosner from Thinkspace Gallery made it to town for a few days, we cruised around on our bikes and eventually made it to this abandoned spot. 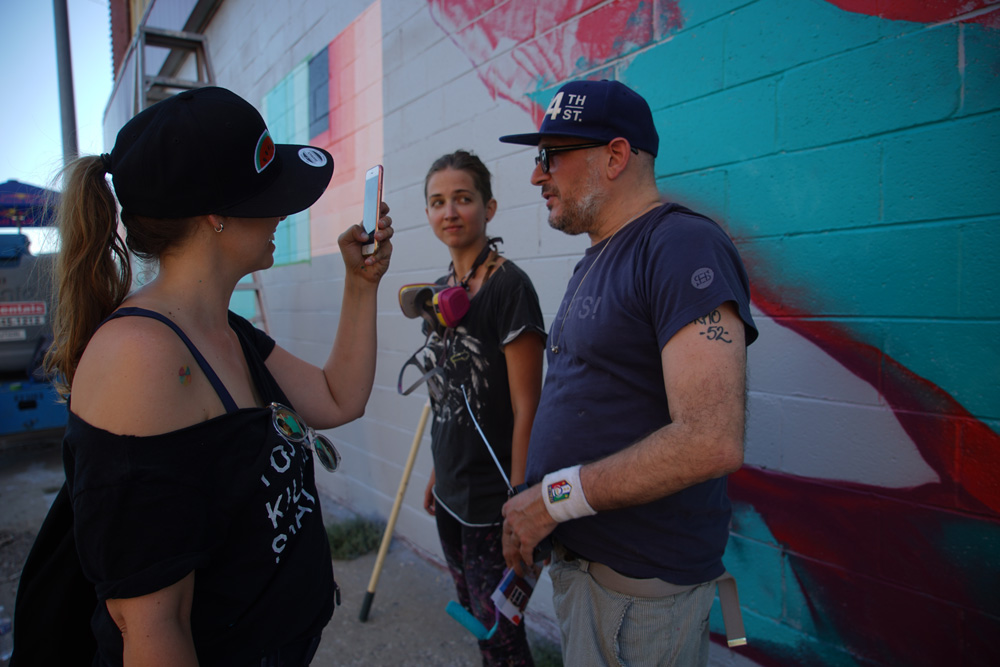 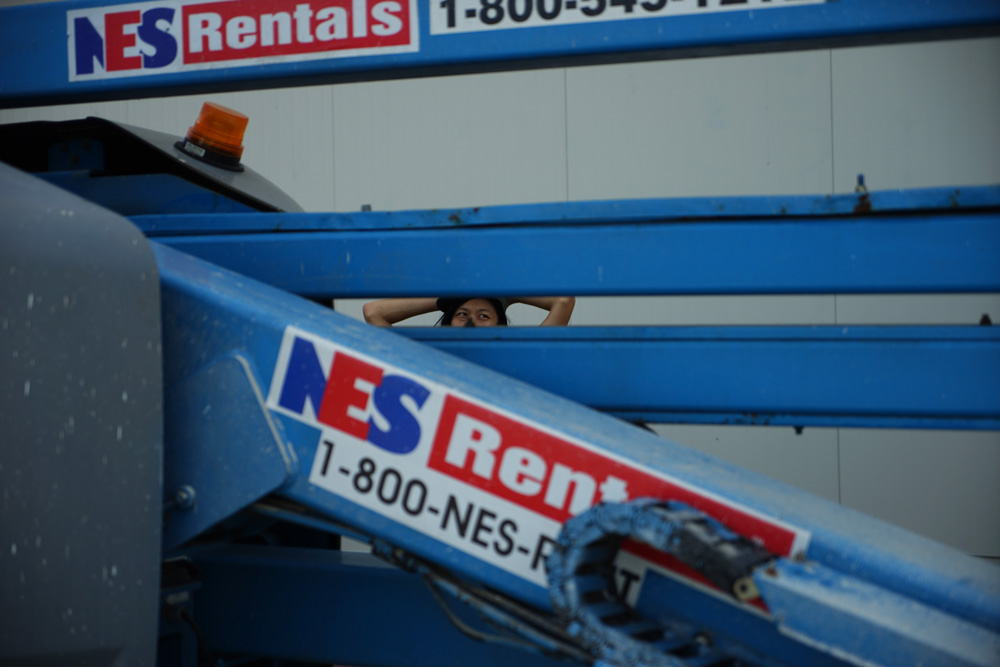 Ouizi probably doesn’t even know I took this picture, sneaky.

When I photograph final walls I always forget to have one item in there for scale, luckily Pantone doesn’t. We had pictures all but wrapped up when Felipe suggested that we sit him on top of the wall, which works out well as he doesn’t show his face in pictures.

All photos and words by 1xNEWS Contributor Daniel Weintraub aka Halopigg. To check out more photos and stay up to date on all the madness that is Halopigg be sure to check him out on @halopigg on Instagram.