English artist Tom Bagshaw wears many hats, equally comfortable as a sought after commercial illustrator and as a fine artist, showing in galleries around the world, while collaborating with the likes of Saatchi & Saatchi, the BBC, The Daily Telegraph, Kraft and GQ among many others. Here at 1xRUN, Bagshaw returns with his latest Better Angels where he captures the contemplative gaze of his model through his signature digital style, bringing this work to an otherworldly life in his latest edition. Read on as Bagshaw gives us the rundown behind his latest RUN and be sure to snag yours with the custom framing option while you still can. . . 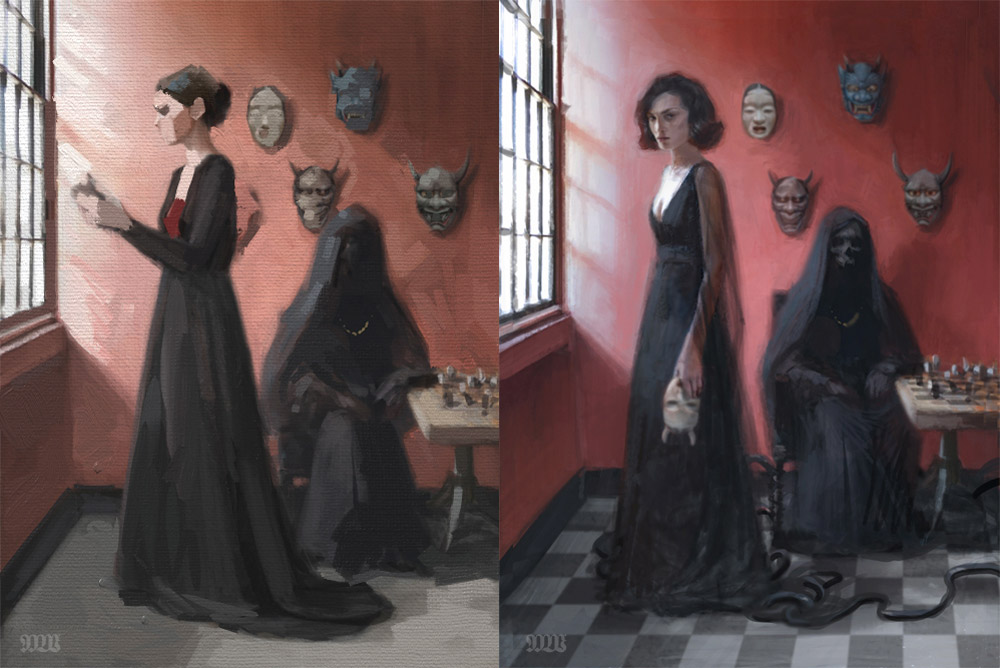 1xRUN: Tell us a little bit about this piece, anything immediate you would like us to highlight about this image?
Tom Bagshaw: This was one of those rare occasions where the image popped into my head almost completely formed. I had been wanting to do a series of Nō masks, or at least incorporate them into a painting for years and finally got around to looking at the concept. I did a series of mask studies and due to my schedule had to shelve the piece for almost a year. A huge thank you to my lovely model Suvi for helping with this piece!

1x: Was this image part of a recent theme, series or show that you had? When was it created and what materials were used?
Bagshaw: It wasn’t really intended to be part of a series or show, but I ended up drawing on elements that I had recently been painting, the Shibari harness for instance.  As always, everything was painted digitally using Corel Painter, Photoshop and Artrage. The mask studies were done last year (2016) and the full painting completed in 2017.

1x: Tell us how the idea and execution came about for this image?
Bagshaw: The initial concept came pretty much formed, an interior scene (which I don’t do very often) with a couple of characters that made the scene feel both otherworldly and at the same time fixed in this reality. Originally I was going to go with a much warmer palette as you can see from the first sketches but I ended up going for cooler tones as it continued to evolve. 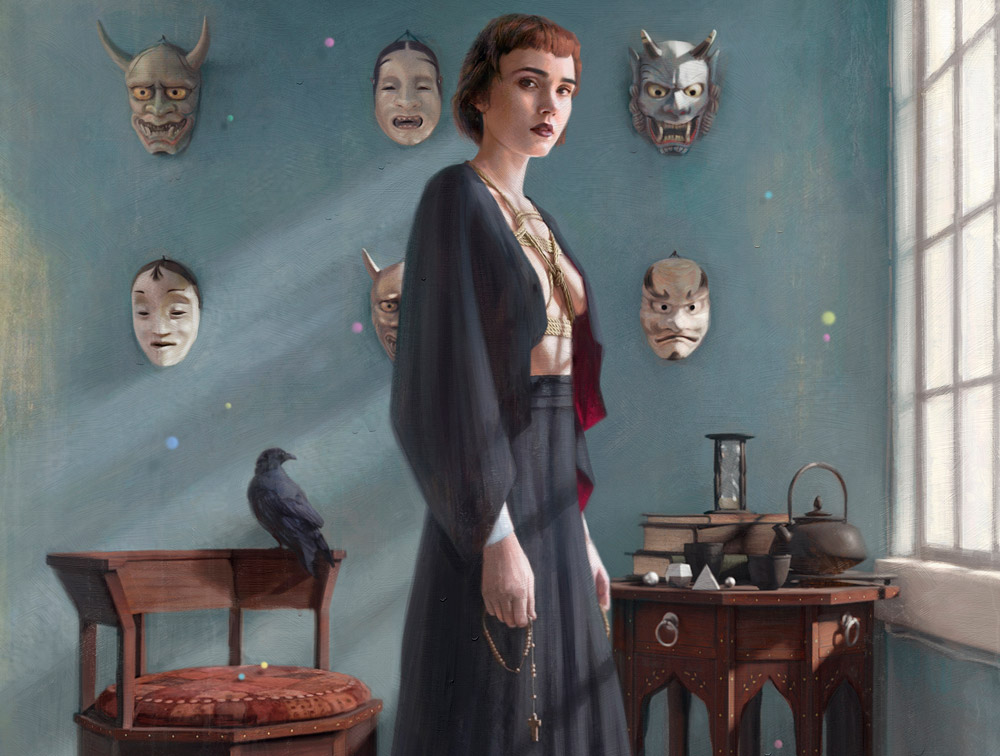 1x: How long did this image take to create from start to finish?
Bagshaw: Because I did the studies and then took a break from it, I couldn’t really say, I guess a few weeks.

1x: What do you feel is unique about this piece compared with your other work?
Bagshaw: This was a pretty unusual piece for me in that it was an interior setting, but that it came to me quite well formed that rarely happens and even if it does, I end up overworking the idea and it changes completely.

1x: Why should people buy this one of these prints?
Bagshaw: We all need masks in our lives. 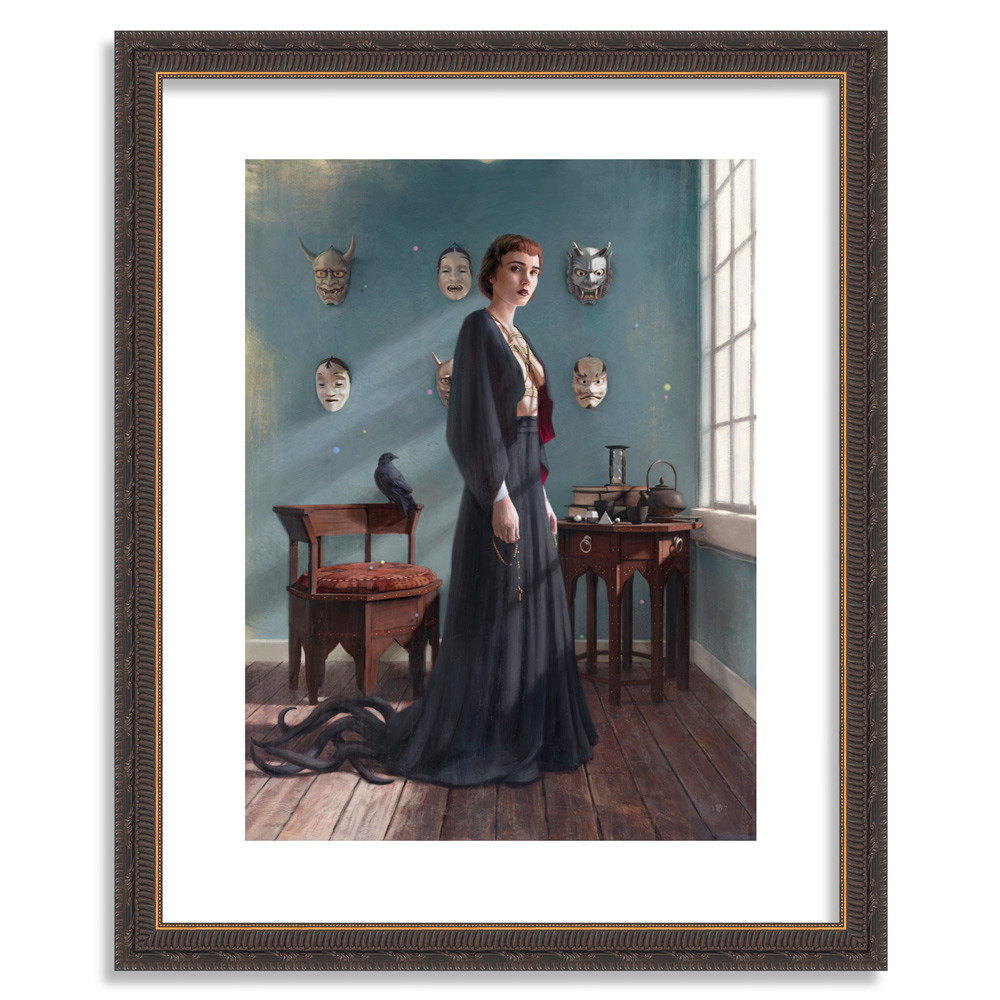 1x: It has been quite a while since our last release with you. Bring us up to speed on what you’ve up to.
Bagshaw: Painting, family life, painting and more painting!