In case you missed it, we just wrapped up an amazing exhibition Trust The Shooter™ participating photographers on exhibition at Inner State Gallery. Curated by Detroit photographers Jeremy Deputat and Rick Williams, this exhibition examines a global pedigree of contemporary urban photography. As the visual world has expanded, these skilled shooters continue to separate themselves, spearheading a global movement with a unique point of view and imagery captured through the lens of a seasoned photographer. Instagram is a huge part of the reason these photographers are well-known, turning their photography into a career and finding new ways of growing their exposure as well as growing as artists. Most importantly, here’s where to follow their work:

Click to view and shop the entire Trust The Shooter™ exhibition here. 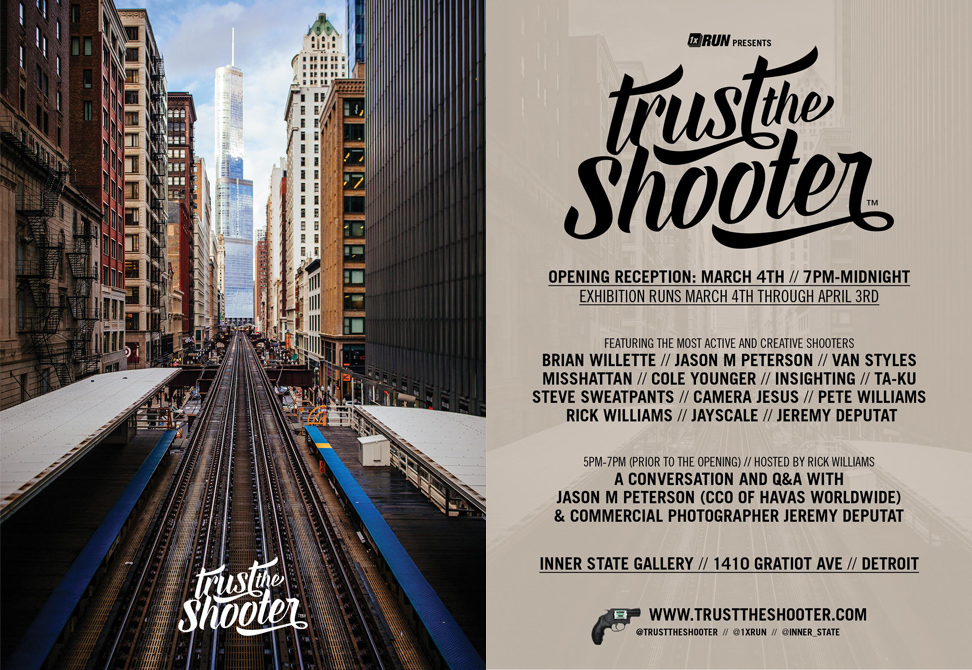