As we celebrate Dr. Martin Luther King Jr today we are proud to welcome back Detroit’s own Tylonn J. Sawyer, who returns with his latest edition King’s Dream In The Shadow Of Trump’s America. Pulling from a continuing series that he has been been creating over the last few years focused on African Americans and The United States, the loose style of this piece Sawyer relates to the society instability of the country right now. Read on as Tylonn J. Sawyer gives us a look behind his latest edition and more . . . 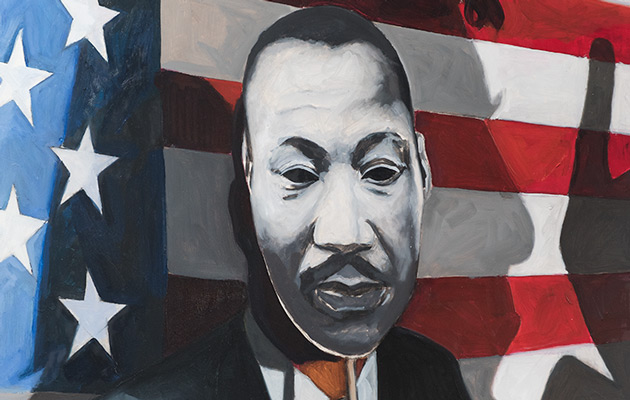 1xRUN: Tell us a little bit about this piece, anything immediate you would like us to highlight about this image?
Tylonn Sawyer: With the election of Donald J. Trump comes the rise of populism, public racism and an ever growing social divide amongst Americans. This year as we celebrate the life and accomplishments of Dr. Martin Luther King Jr. , let us reflect on that progress in these turbulent times. What is to become of Dr. King’s Dream in a country divided?

1x: Was this image part of a recent theme, series or show that you had?
Sawyer: The image relates to my current body of work which focuses on the relationship between the African Americans and The United States. 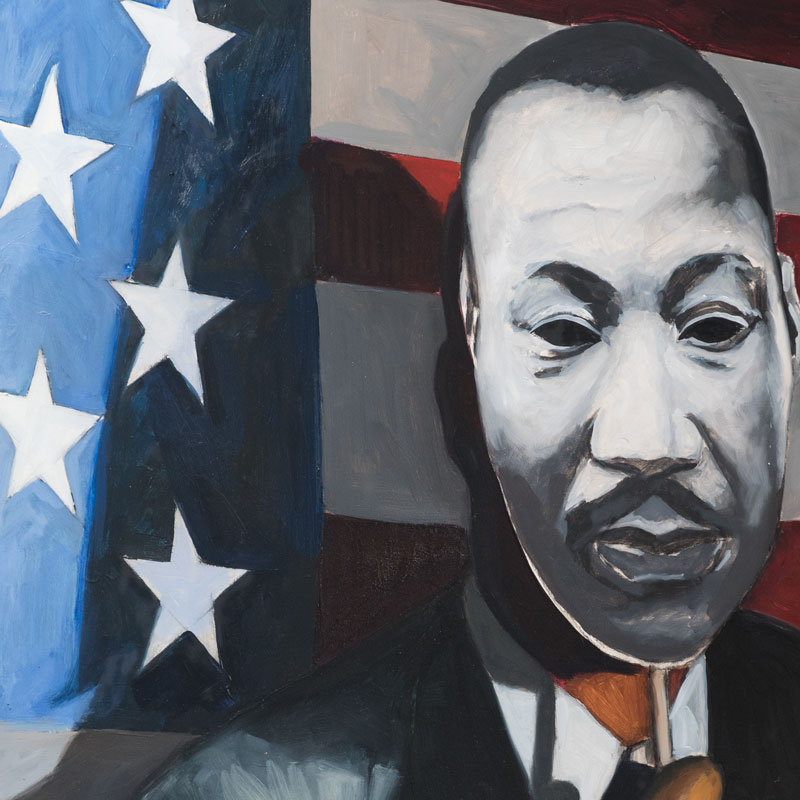 1x: What is unique about this piece compared with your other work?
Tylonn Sawyer:  Well, the people who commissioned the work asked for something sketchy/more abstracted than my normal work. For me, the loose style relates to the society instability of the country right now.

1x: When was this piece created and what materials were used?
Sawyer: This piece was created over the course of maybe two days at the end of December, right before Christmas, using acrylic and oil on fine art paper.

1x: Tell us how the idea and execution came about for this image?
Tylonn Sawyer: I was commissioned to do a cover illustration in an article about the legacy of Dr.King in Trump’s America. Using that as a jumping off point, I decided to use my current iconography of masked civil rights leaders to composed the image. 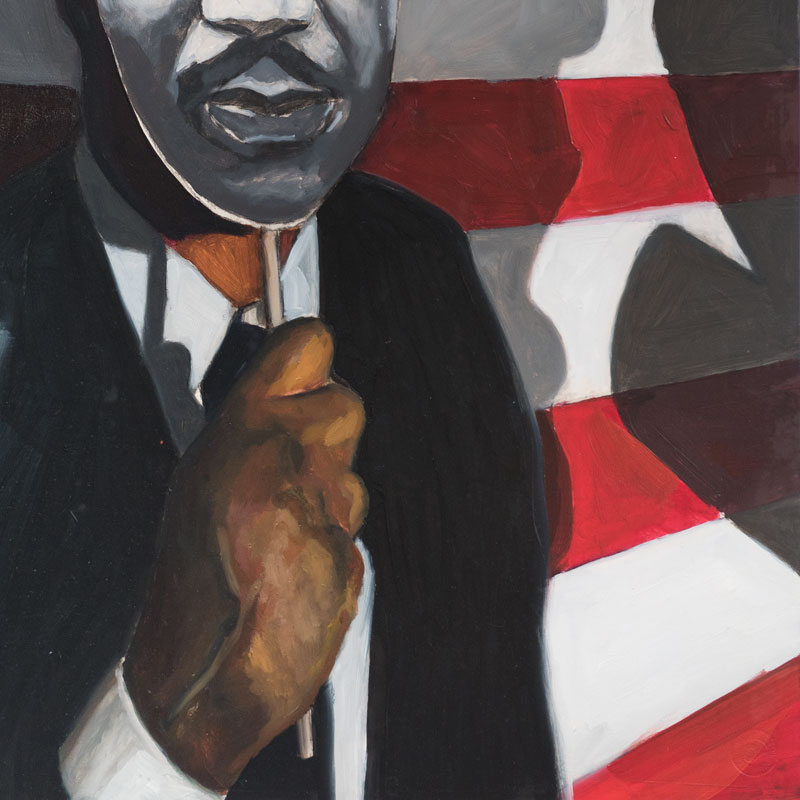 1x: Why should people buy this one of these prints?
Tylonn Sawyer: All romanticism aside, it’s one of the most relevant topics of discussion at this point in history. 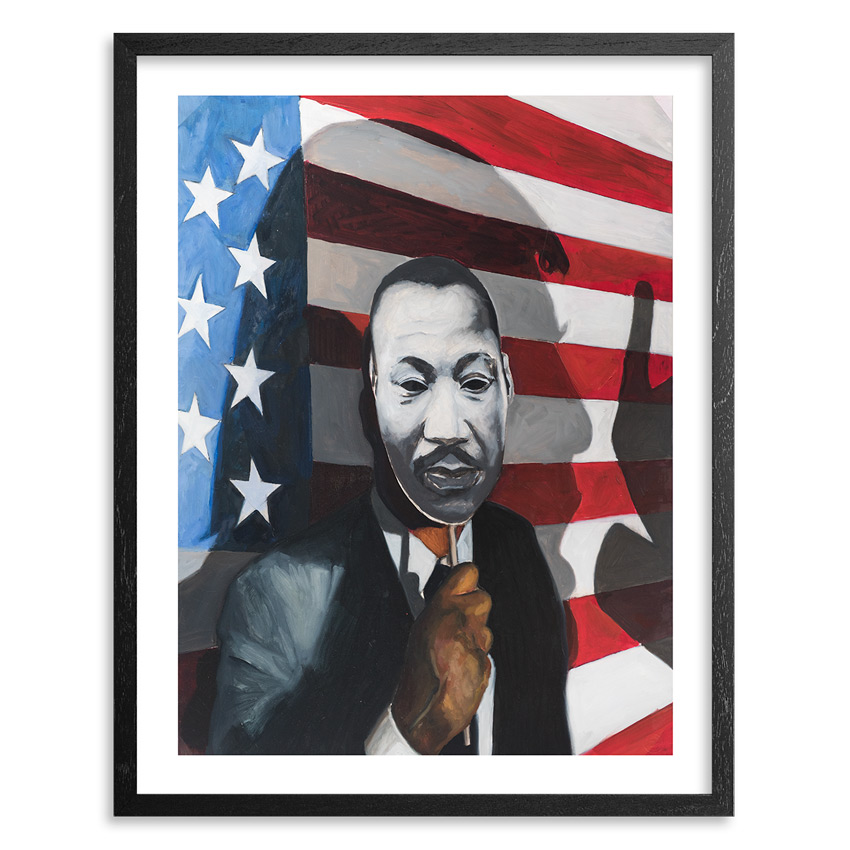 King’s Dream In The Shadow Of Trump’s America

1x: What have you been up to over the last few months? Bring us up to speed on how things have been going recently for you?
Tylonn Sawyer: Teaching, research and preparing for a solo show this summer.

1x: What are some of the ways you have been trying to push yourself with your work over the last year?
Sawyer:I’ve introduced mixed media to help push the technical narrative of my paintings and drawings.

1x: What are some of the ways you have been trying to push yourself with your work over the last year?
Sawyer:I’ve introduced mixed media to help push the technical narrative of my paintings and drawings.

1x: What are some strides you feel you’ve made in your work recently?
Sawyer: I’ve been focusing on creating objects with content rather than simply well executed paintings.

1x: What was the last piece of art that you bought?
Sawyer: Two paintings by Jocelyn Rainey.

1x: Do you have any big shows or events coming up that you’d like to share?
Sawyer: I have a solo show in the summer, but I am laying low until then.